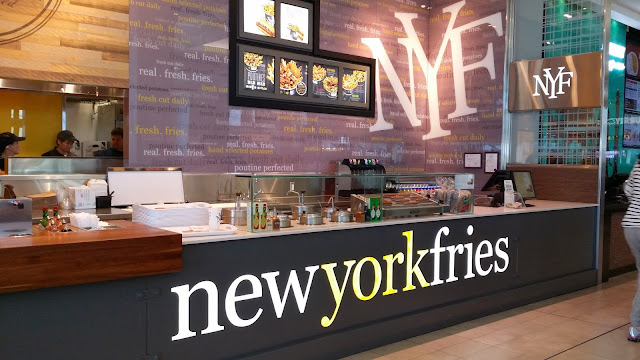 I was shopping at Richmond Centre, so I decided to get lunch in their food court. I haven't had New York Fries in 3 years, so I had vague memories of how their fries tasted. New York Fries boasts that they cook their fries in  non-hydrogenated vegetable oil and are trans fat free. Not that I had taken that into account since I was eating fast food haha. Anyways, I've never tried their fries with toppings, so I was curious as to how they would taste. 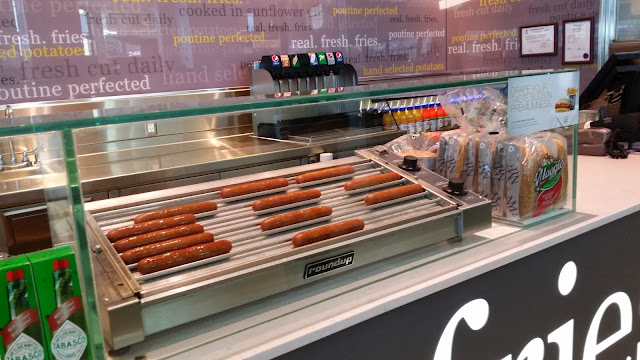 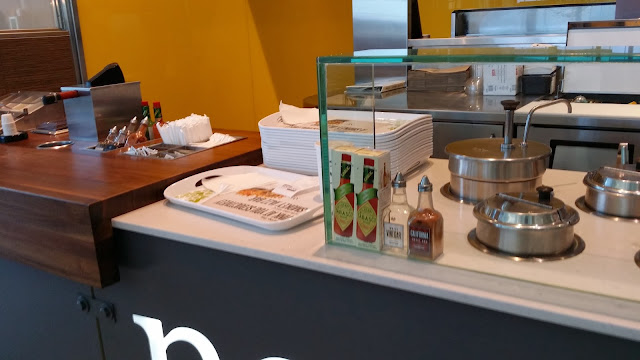 1/5 stars
I opted for "The Works" with a side of Sprite. Presentation wise, I have to admit it looked really good when I ordered it. On the website they describe it as "A hearty meal. Our delicious beef chili over New York Fries, topped with real sour cream, trans fat free cheese sauce, fresh green onions and real bacon."
Hmm, let's dissect those claims, shall we? The beef weren't chunks, but were merely dried up pieces that were so pitiful, I questioned if I was even eating meat haha. The sour cream was on the very bottom, and there was barely any of it. The cheese sauce had also leaked to the bottom, so I actually couldn't even detect the cheese when I was eating it. The green onions were very fresh, and there was a substantial amount. There were also beans, which I didn't like all. I hate beans haha. If I would have known that there were beans in this, I wouldn't have ordered it.
The fries itself weren't crispy at all, they were soggy, which was really disappointing.
Taste wise, I didn't really like it. The combination of toppings was just overwhelming and the flavours didn't compliment each other. It just tasted very odd.

The verdict: Since I paid more than $7 for this, I was very disappointed. It didn't taste very good, and the fries itself were soggy. I won't be ordering this again.
Rating: 0 stars