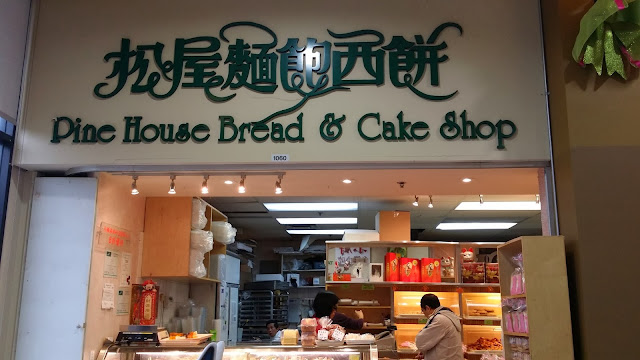 Pine House Bread & Cake Shop is located in Parker Place, near Aberdeen Centre.They also have another location in Crystal Mall! I'm not too keen on the one in Crystal Mall because the items aren't as fresh. There are a lot more choices at the Parker Place location and you can tell they're fresher because the buns/desserts aren't prepackaged. 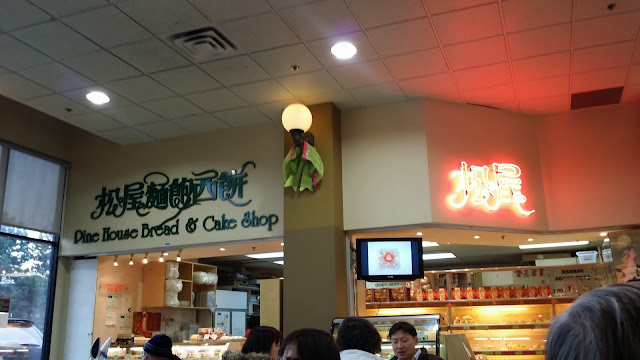 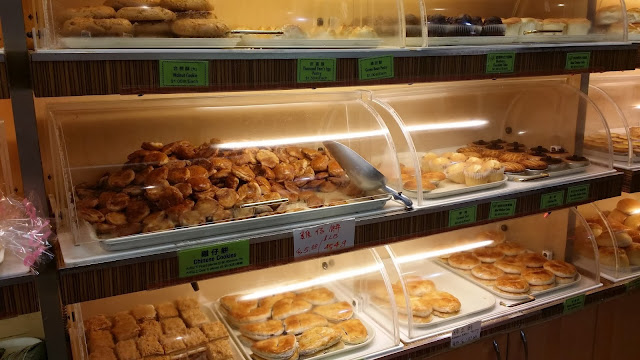 Most of the items here are self serve. Some items aren't wrapped so you have to put the item directly on your tray, which isn't very sanitary haha. 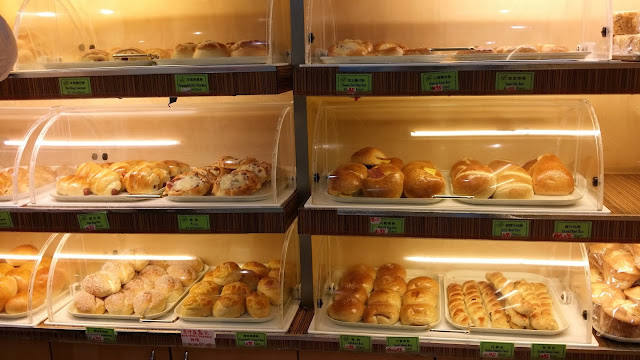 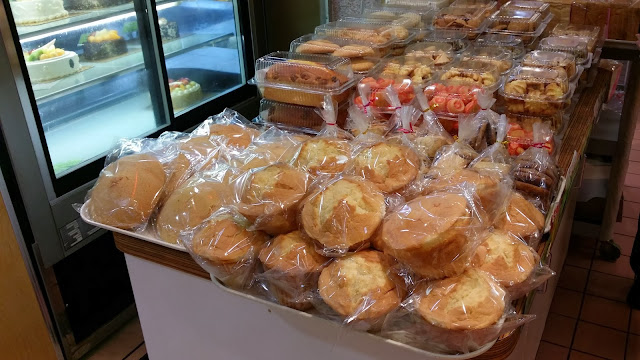 4/5 stars
When I was younger I couldn't stand sesame. Now I love anything sesame. Sesame balls, sesame ball soup, sesame oil, and sesame cake! Sesame is definitely of acquired taste though, but once you acquire it, you won't be able to get enough!

The texture of this cake is very gummy and chewy! There are tiny particles of grounded sesame in the cake itself, and sesame flakes on top, which makes the entire cake very fragrant.
4/5 stars
The sign in the store just has this labeled as "Chinese Cookie." What they don't tell you is that it's  made from pork lard! Terrible for my arteries, I know haha. But hey, I'm still young!

The cookie itself is an amazing hybrid of sweet and salty flavours. If you like sweet and sour pork, or sweet/salty combinations in general, you'll love this!!

The texture of the cookie is very soft and chewy, much softer than other places I've tried. The cookie itself is very oily: note the sheen on my fingernail haha. 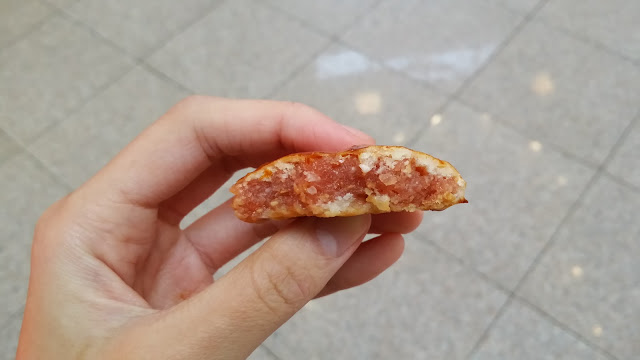 2/5 stars
The chinese doughnut was a little too dense and doughy for my liking. It was also a tad bit dry. The doughnut itself is salty. The only thing that differentiates it from a regular chinese donut is the fact that the ring in the centre is sweet.

2/5 stars
Okay, this sounds kind of gross, but this cake was really slimy! I was expecting it to be more along the lines of a Red Bean cake or Sesame Cake in terms of texture, but it wasn't! It tasted just as the name implied: like brown sugar cake.

Will I be back? Yes! I was thoroughly impressed with the items I got, so I'll definitely be coming back to try more of their items!