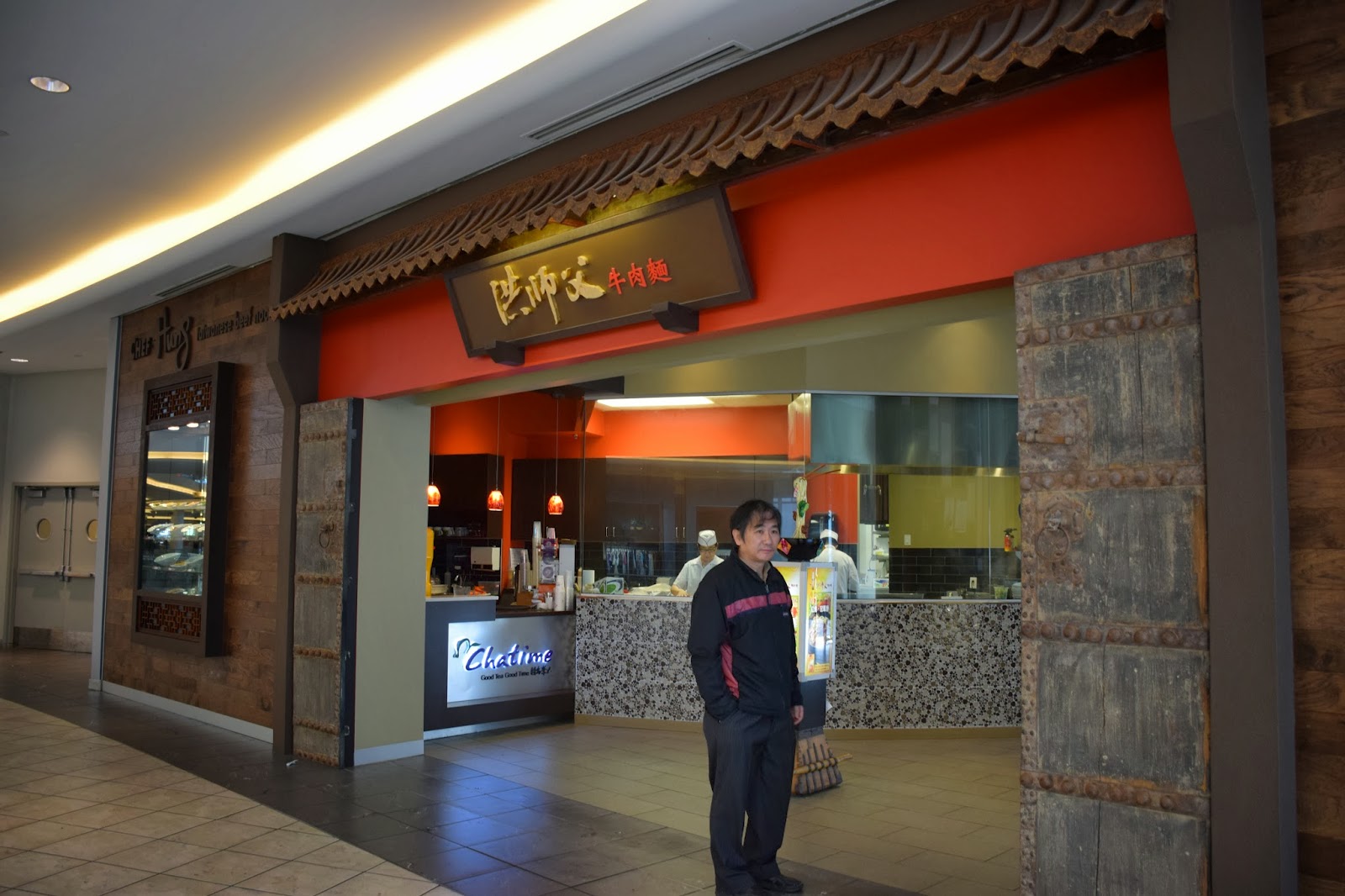 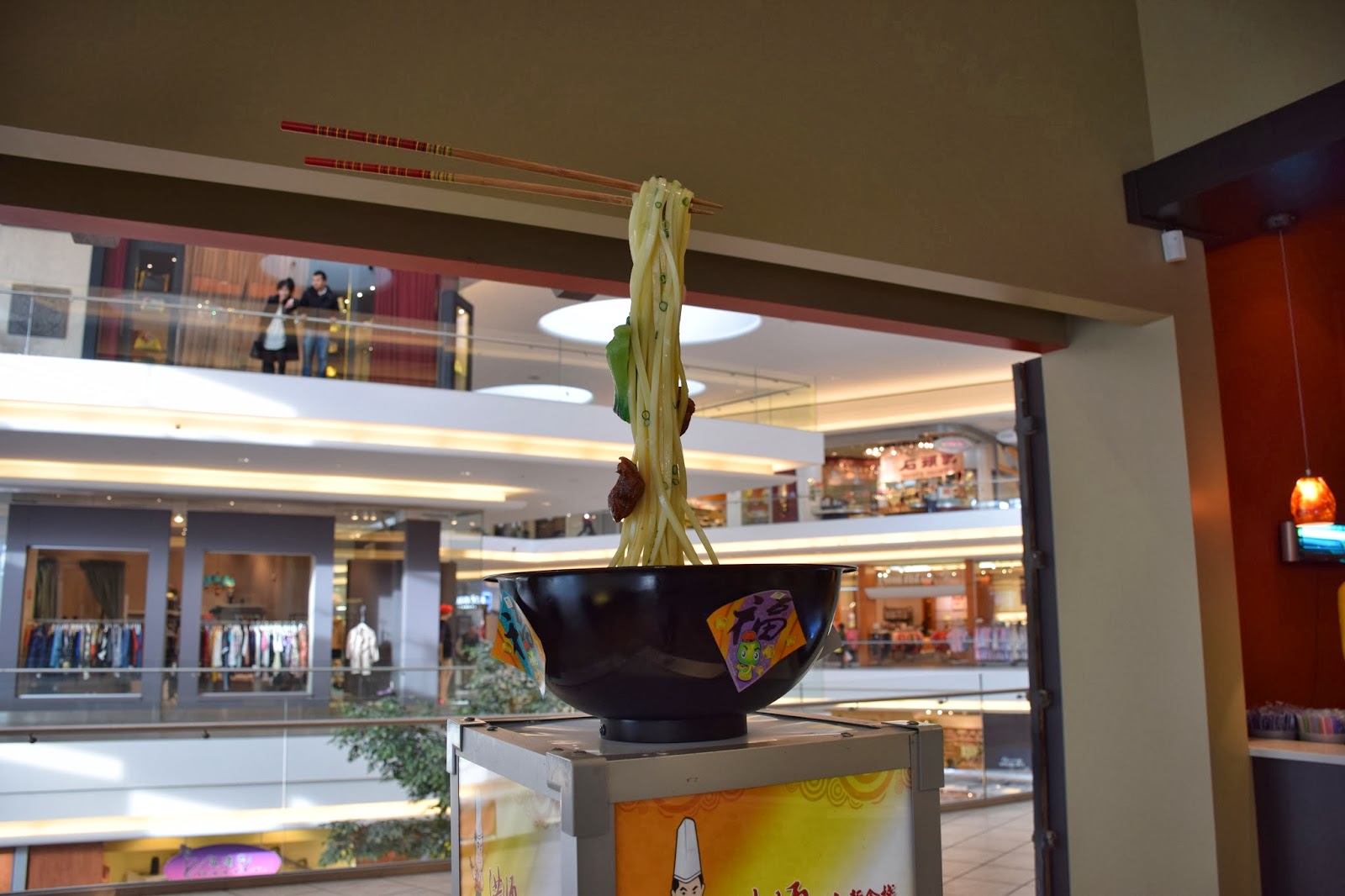 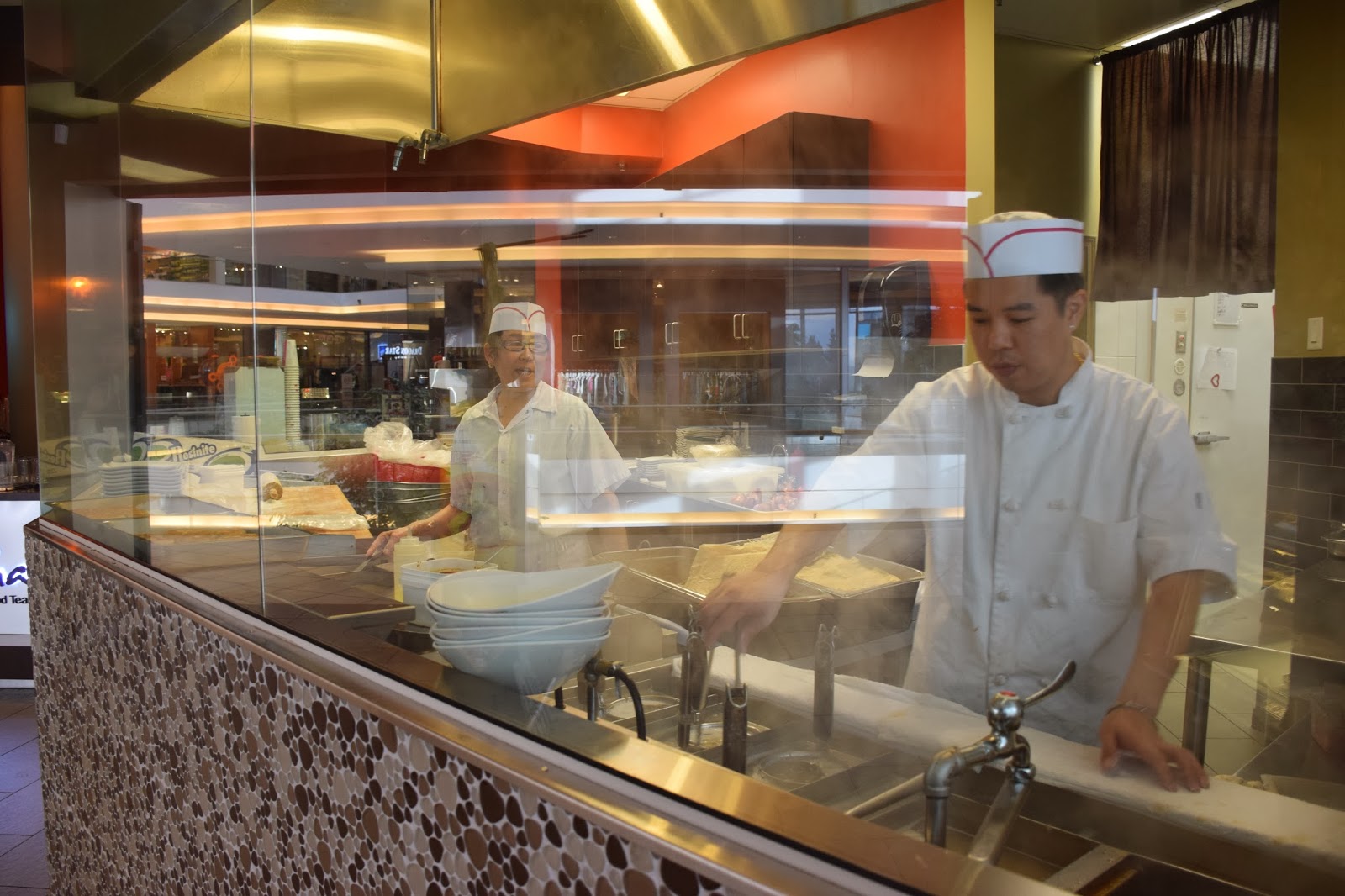 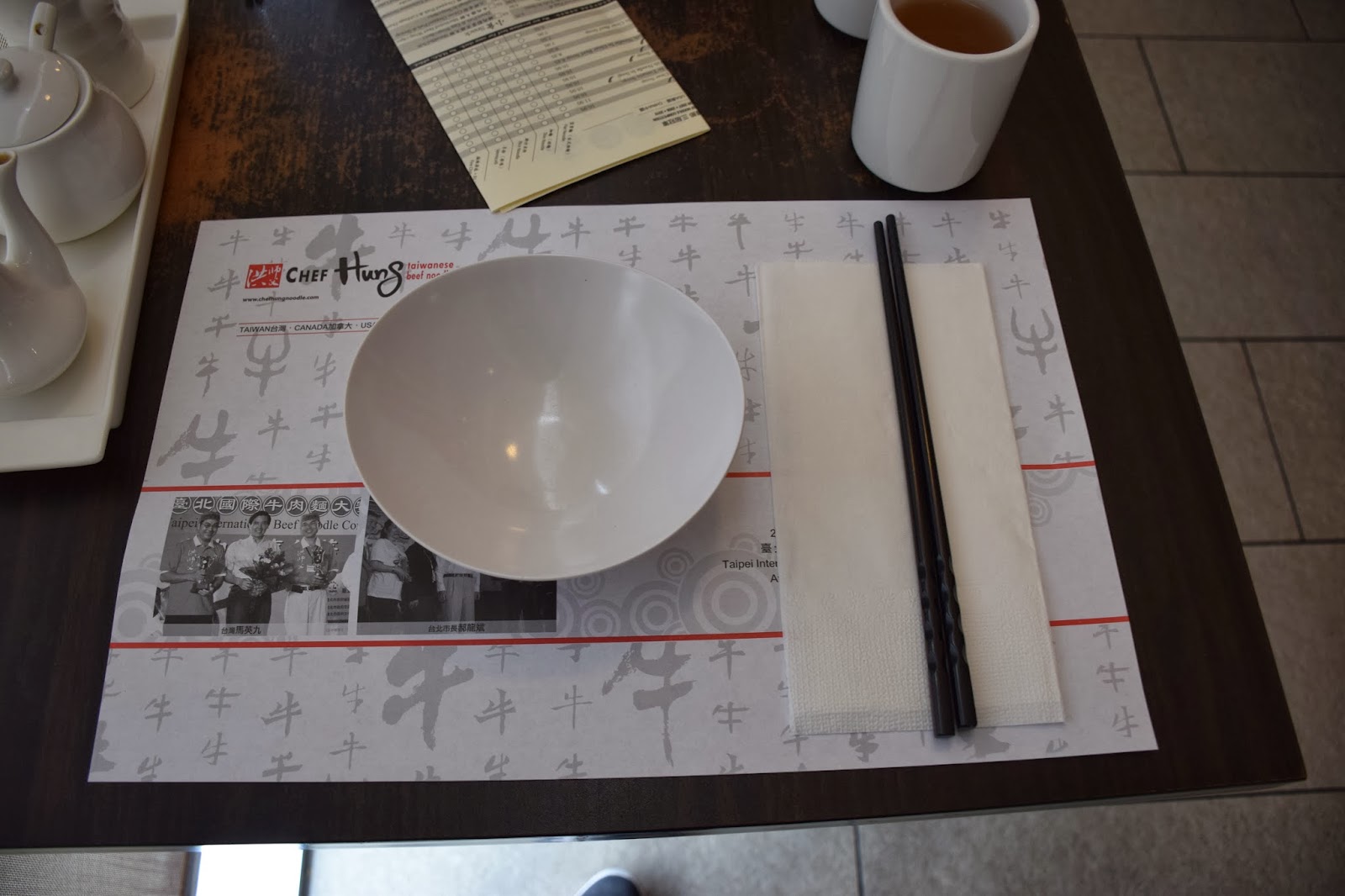 I really like how they give each person their own bowl, so two people could share a large bowl of beef noodles!
4/5 stars
Chef Hung boosts of not adding MSG, and that fact was affirmed when I took a sip of the broth. The broth didn't taste like MSG, but was still flavourful without being overly salty.

The noodles were the perfect median between firm and soft, without being overcooked. The beef on the other hand, needed a bit of improvement. Even though the meat was lean and flavourful, it was rather tough. I would have preferred it to be softer.

2/5 stars
I was rather disappointed with these. At $8, I expected these to be better than they were. The beef wraps at Joy's Taiwanese Kitchen taste astronomically better and are equivalent in size for half the price.

I don't know what brand of Hoisin sauce they used, but the sauce tasted artificial and way too sweet! They also used too much cucumber, so much that I could barely taste the beef. It was evident that they used the cucumber as a filler as the beef slices were too thinly sliced.

Presentation wise, the wraps looked as if they had been thrown together and were rather carelessly made.


4/5 stars
These were quite good! Granted, they weren't as good as the ones at Pearl Castle, but definitely satisfied my Taiwanese chicken nugget craving!

The exterior was nicely battered and fried, and was seasoned with pepper. The interior had a nice crunch when you bit into it and was decently moist. 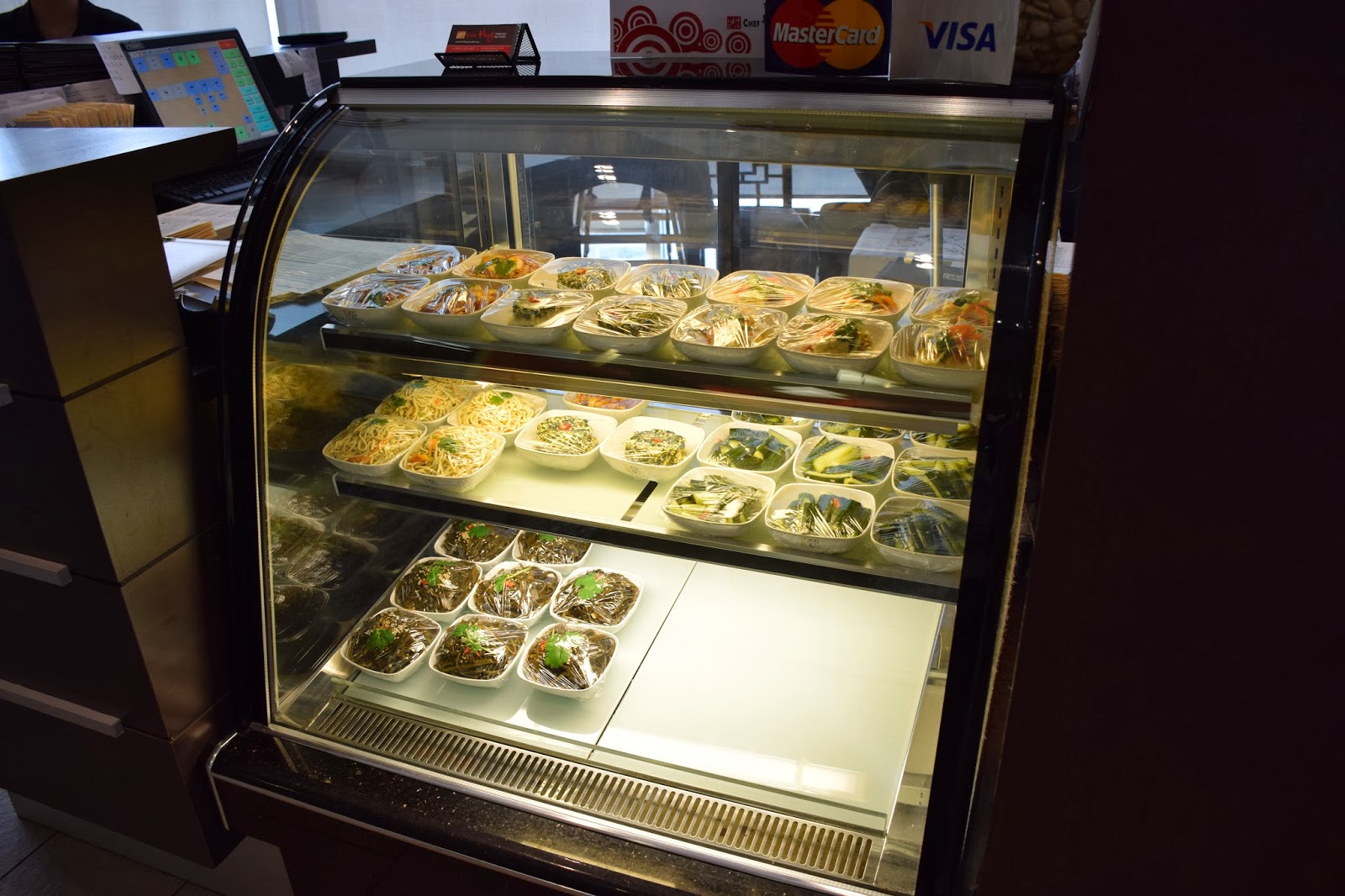 Cons:
-Pricey for a bowl of noodles
-Impersonal service