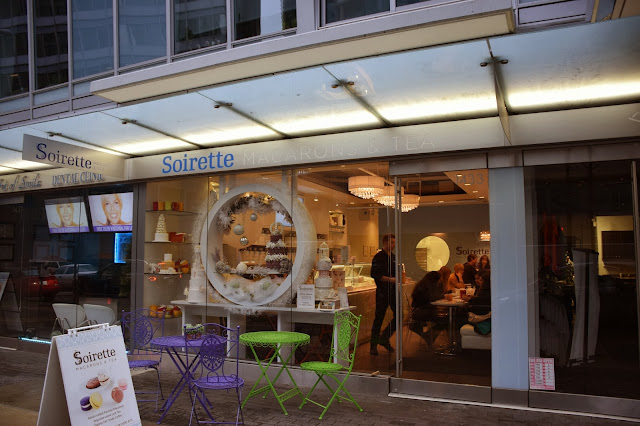 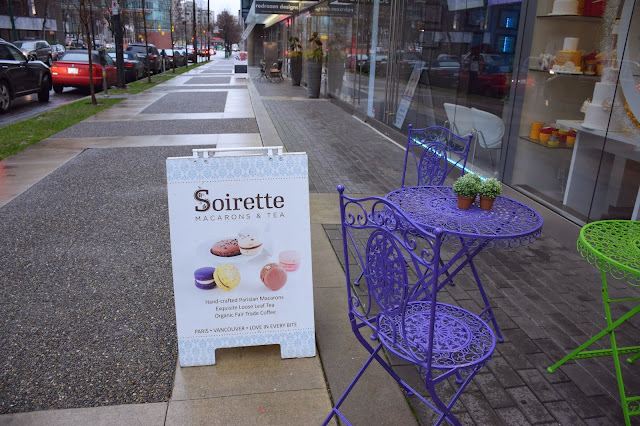 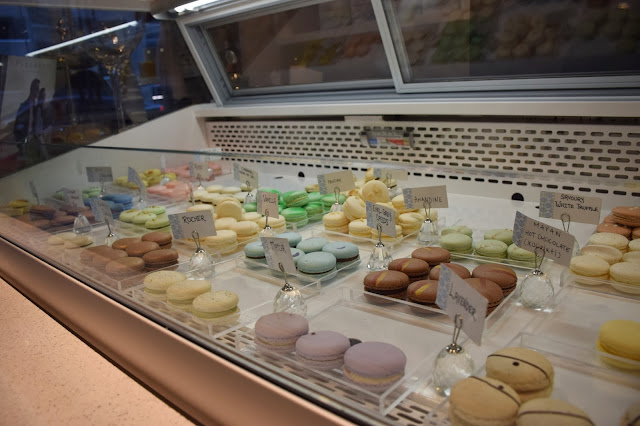 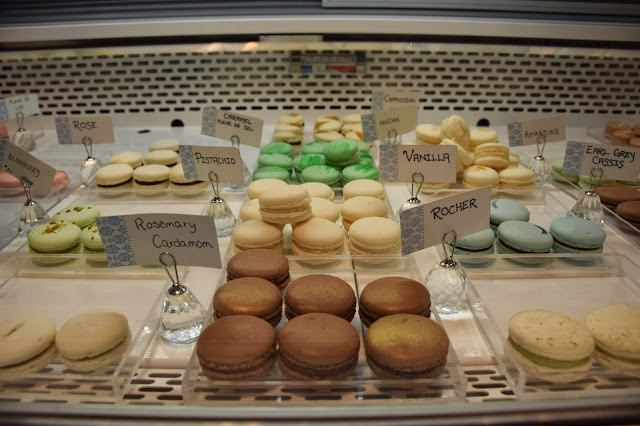 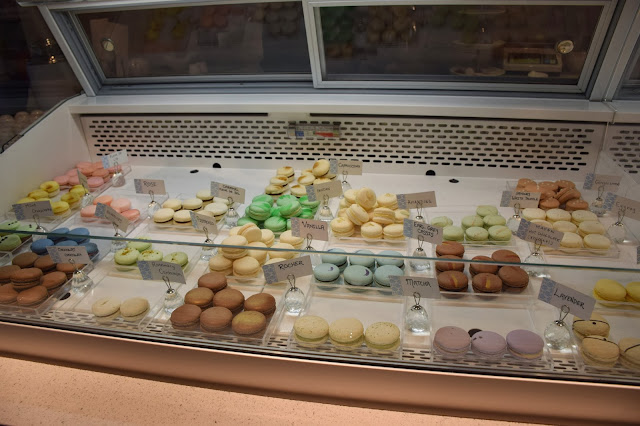 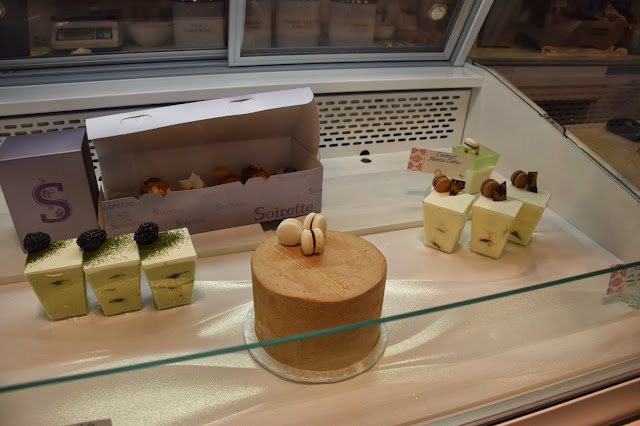 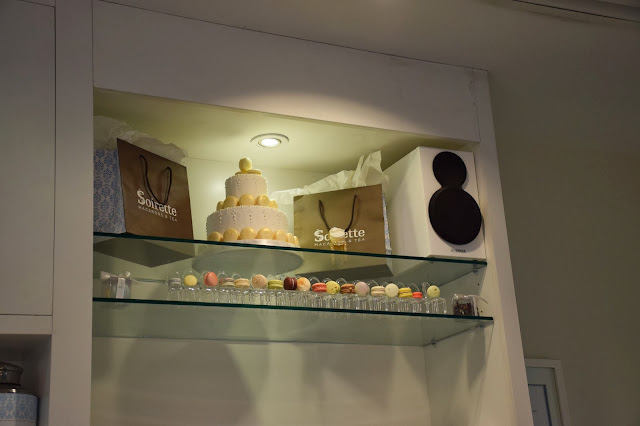 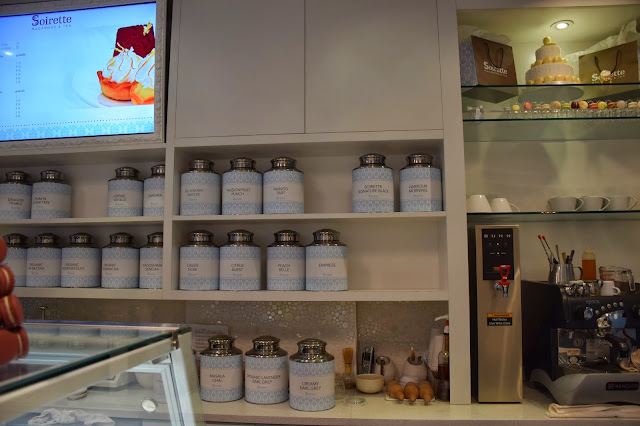 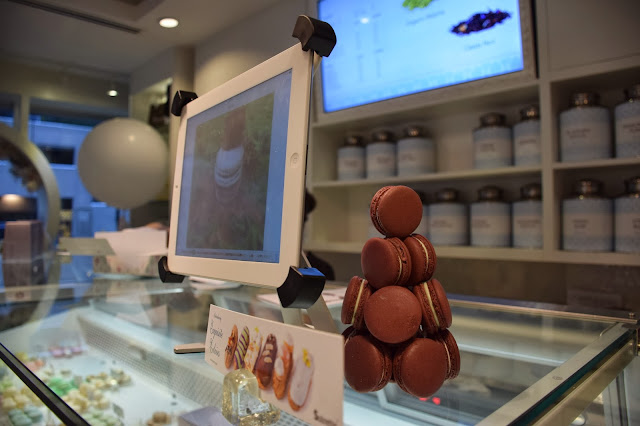 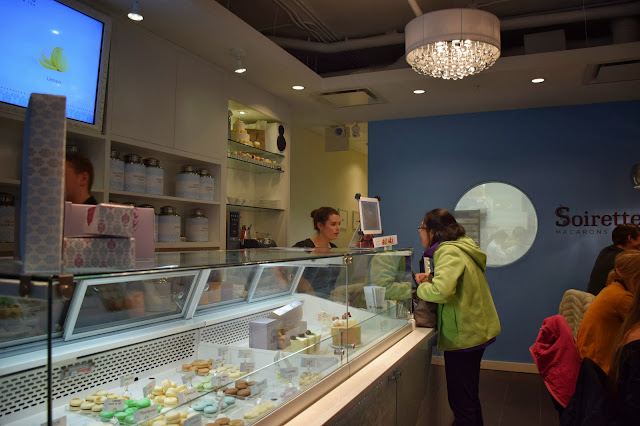 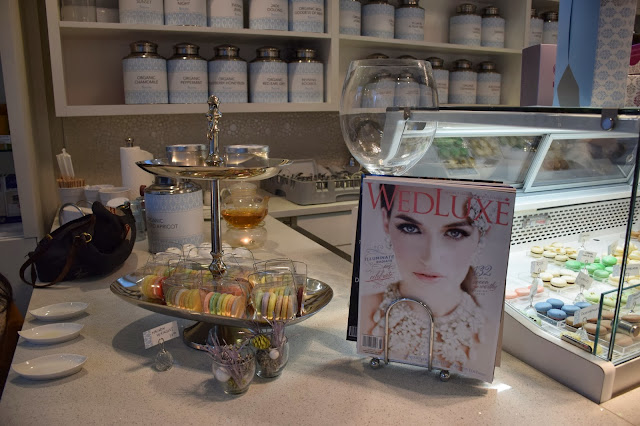 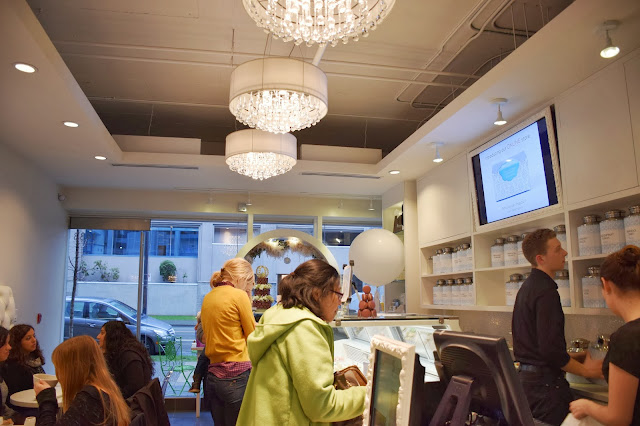 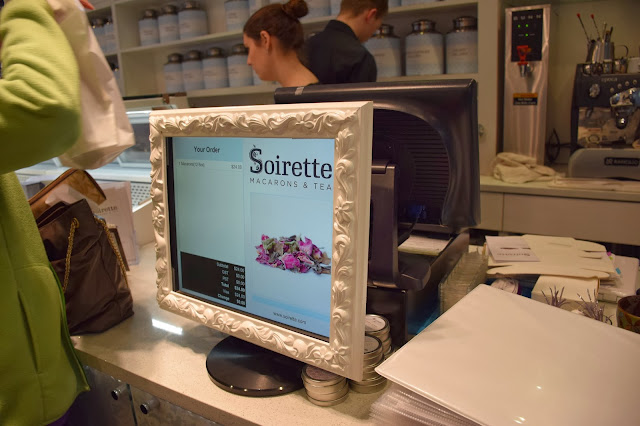 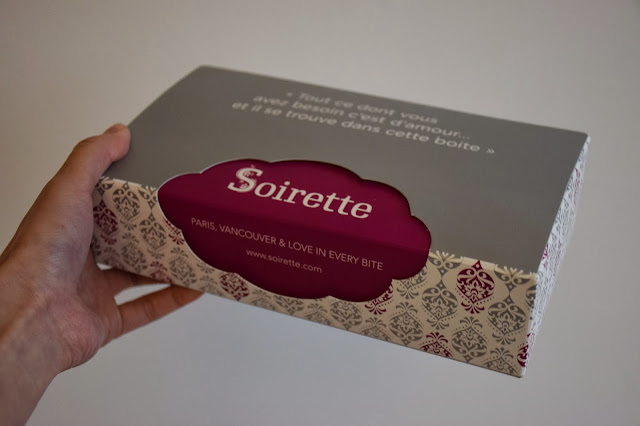 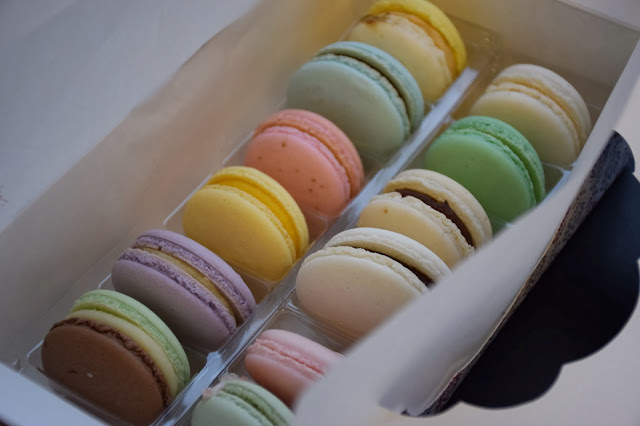 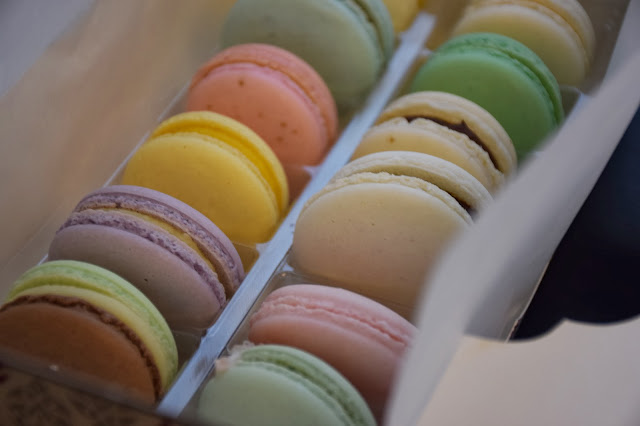 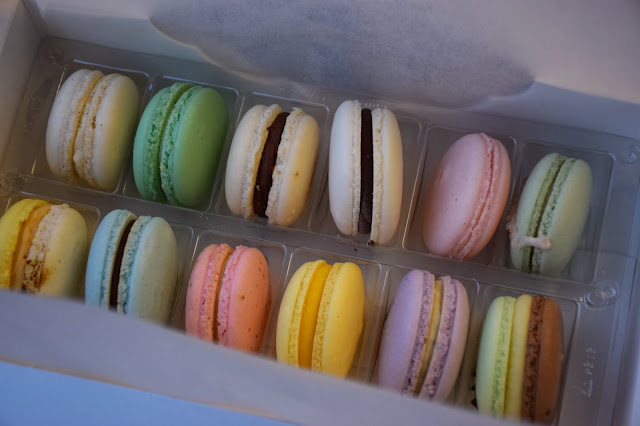 3/5 stars
The first thing i noticed about the macarons were that they were very inconsistent in size and the filling. You can tell from the picture that the rose macaron barely has any filling in it comparison to the other ones. For the price that these macarons cost ($23 for a box of 12) these things are tiny!

These were significantly smaller than the ones at Faubourg and Thierry. They're also much lighter in colour and all veer towards a pastel colour scheme. Texture wise, I found the shells to be similar in texture to Faubourg. They were chewy, but not as moist as Thierry's.

The tea flavours were beautifully executed but the other flavours needed some work. The rose, cappuccino, and mint chocolate were my favourites. The flavours that I didn't like were Himalayan Salt, Salted Caramel, Lavender and Lemon. I actually spit out the Himalayan Salt one haha. It had a line of salt placed on top of the macaron, but when I bit into, it tasted as if I were spooning a mouthful of salt into my mouth. With the salted caramel, I had the same issue. It was just too salty. As for the lavender and lemon flavours, they just tasted very artificial.

Although the tea macarons were delicious, they just didn't wow me as much as Faubourg or Thierrys! The flavours were rather one dimensional and lacked depth. And for the price, the inconsistency in filling was disappointing.


Overall Rating: 3/5 stars
Will I be back? I like the macarons at Faubourg and Thierry better, so I'll probably won't come back to Soirette!