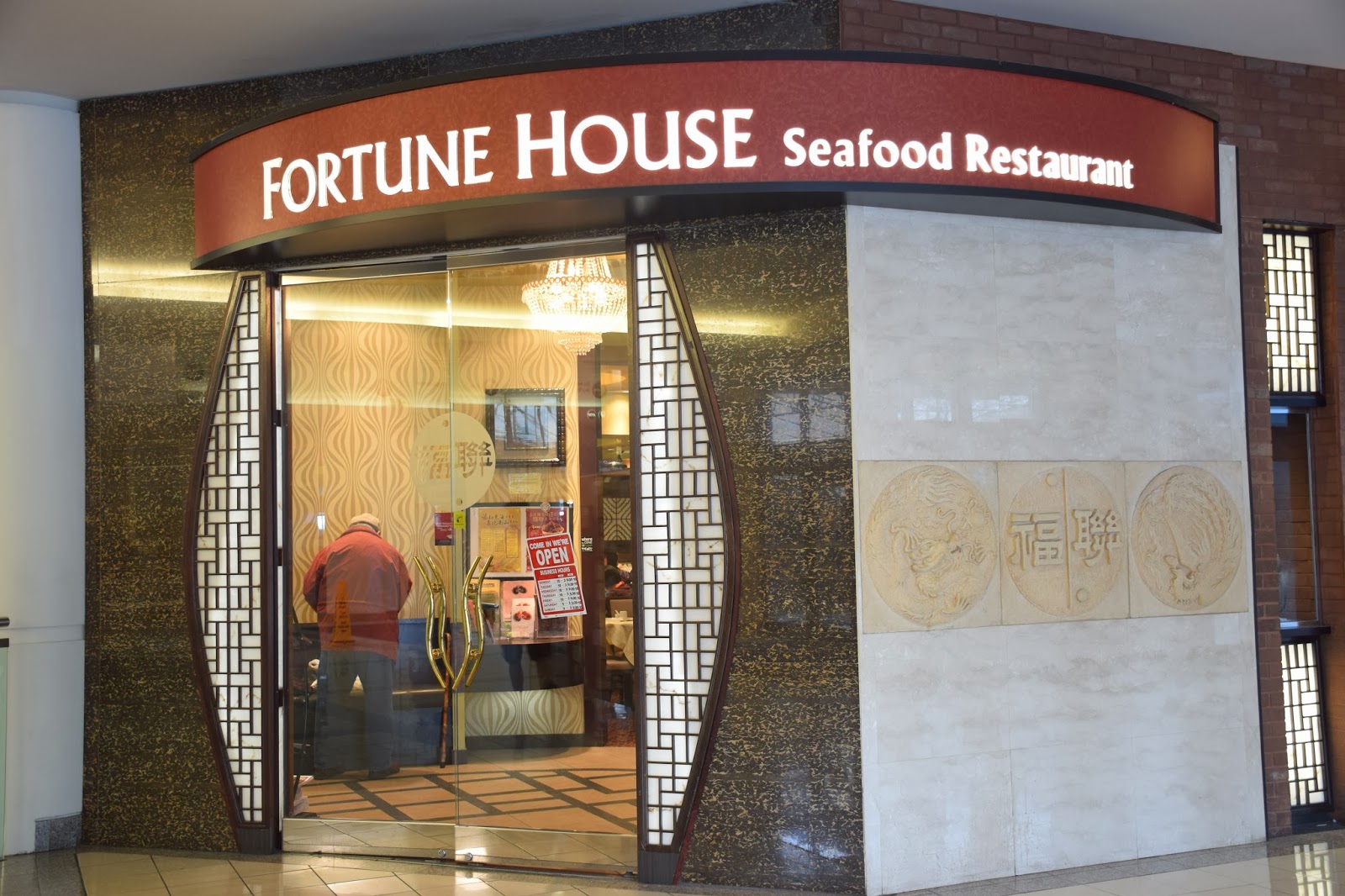 It's snowing outside, so what do I propose? Dim Sum of course! Being that we didn't want to travel to far, we headed to Metrotown! Other dim sum options in the vicinity are Top Gun (pricey) and Victory Seafood Restaurant (mediore), which are both located in Crystal Mall.
Fun Fact: My parents held their wedding dinner here haha. 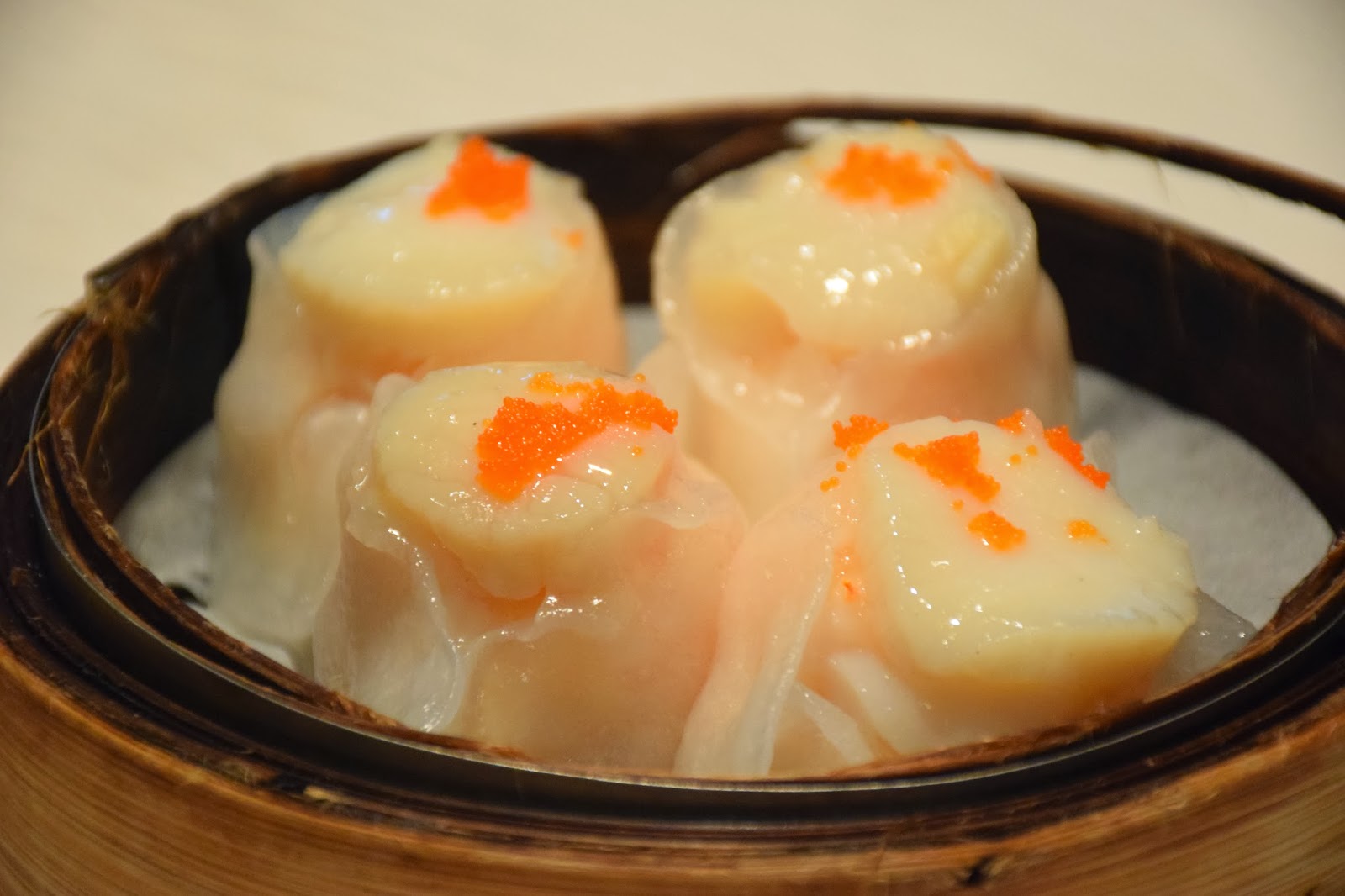 Shrimp w/Abalone
4/5 stars
I was originally going to order har gow, but wanted something different for a change. This proved to be an excellent choice! The wrapping was made very well, with the skin being very delicate and thin. The shrimp was succulent and juicy. 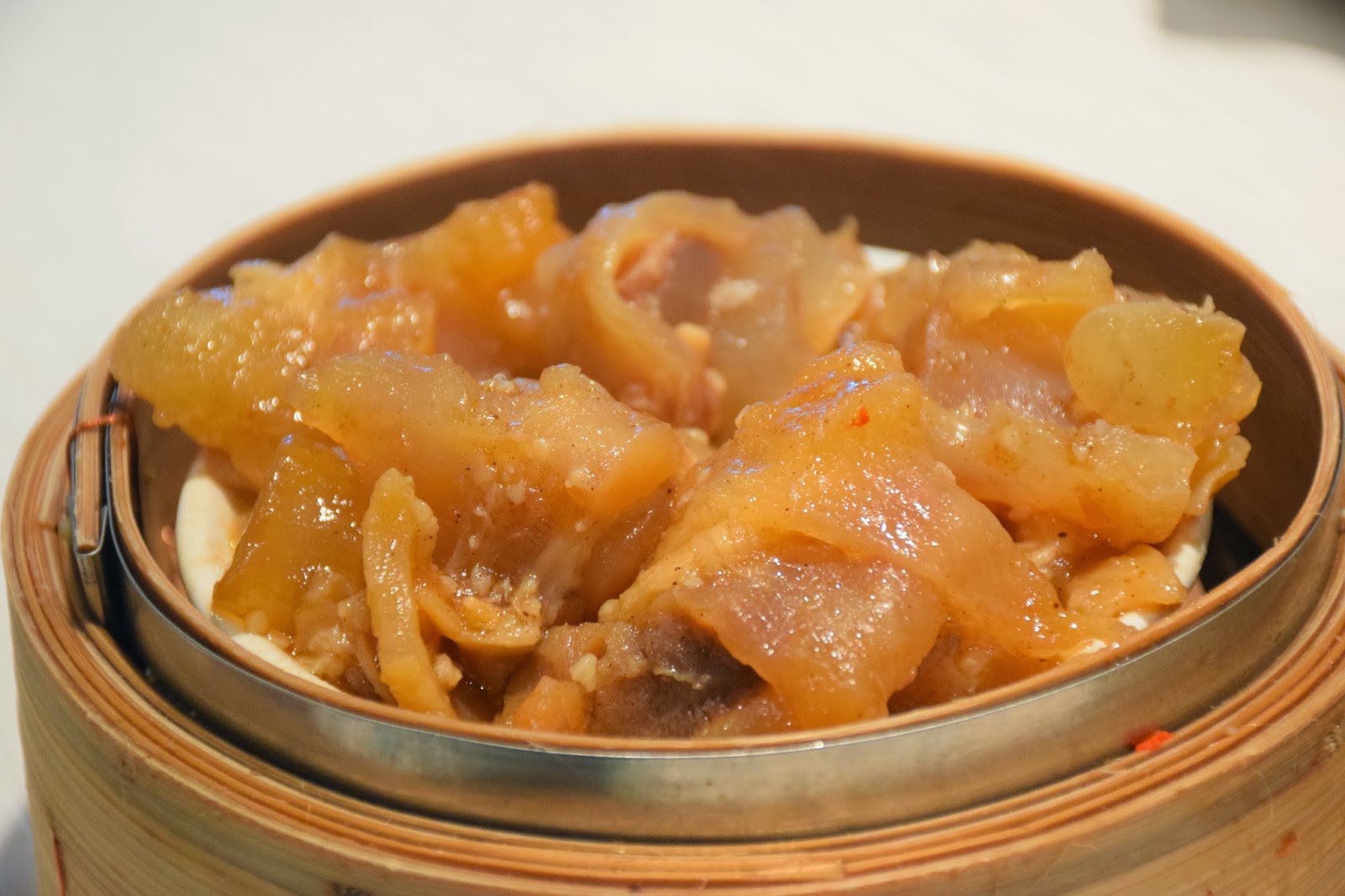 Beef Tendon
2/5 stars
This was my least favourite dish of the meal. The beef tendon was far too hard, and was difficult to chew. It was also rather one dimensional in flavour, with the only flavour coming from the sauce. The tendon itself was bland. 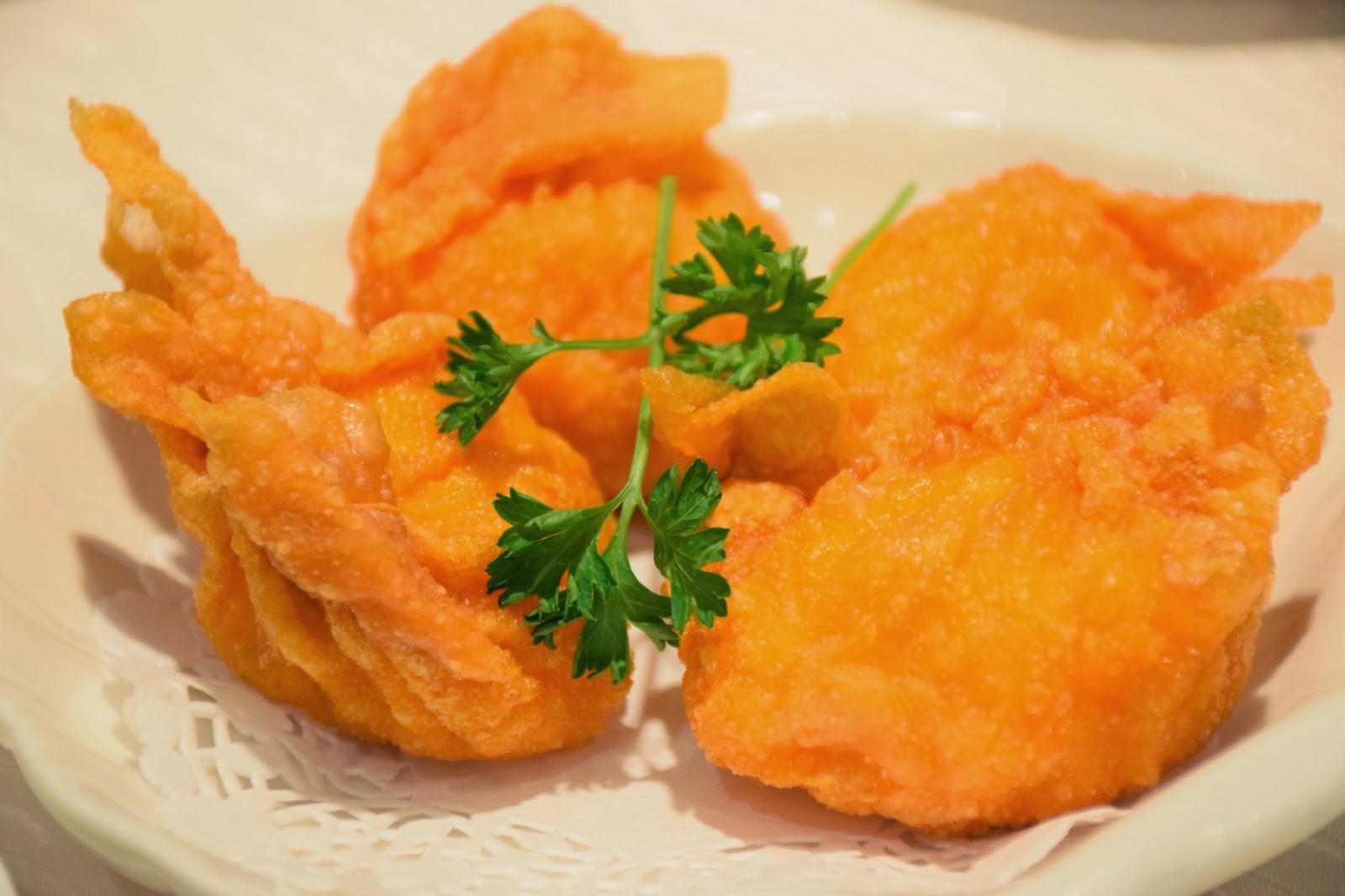 Fried Shrimp Wontons
3/5 stars
These came with sweet mayo dip on the side. The mayo sauce actually had canned fruit in it haha. If you've ever had Taiwanese shaobing, the exterior of these taste EXACTLY shaobing! It even smells like it! As for the interior, it wasn't all that impressive. The shrimp was rather plump, but lacking in flavour. 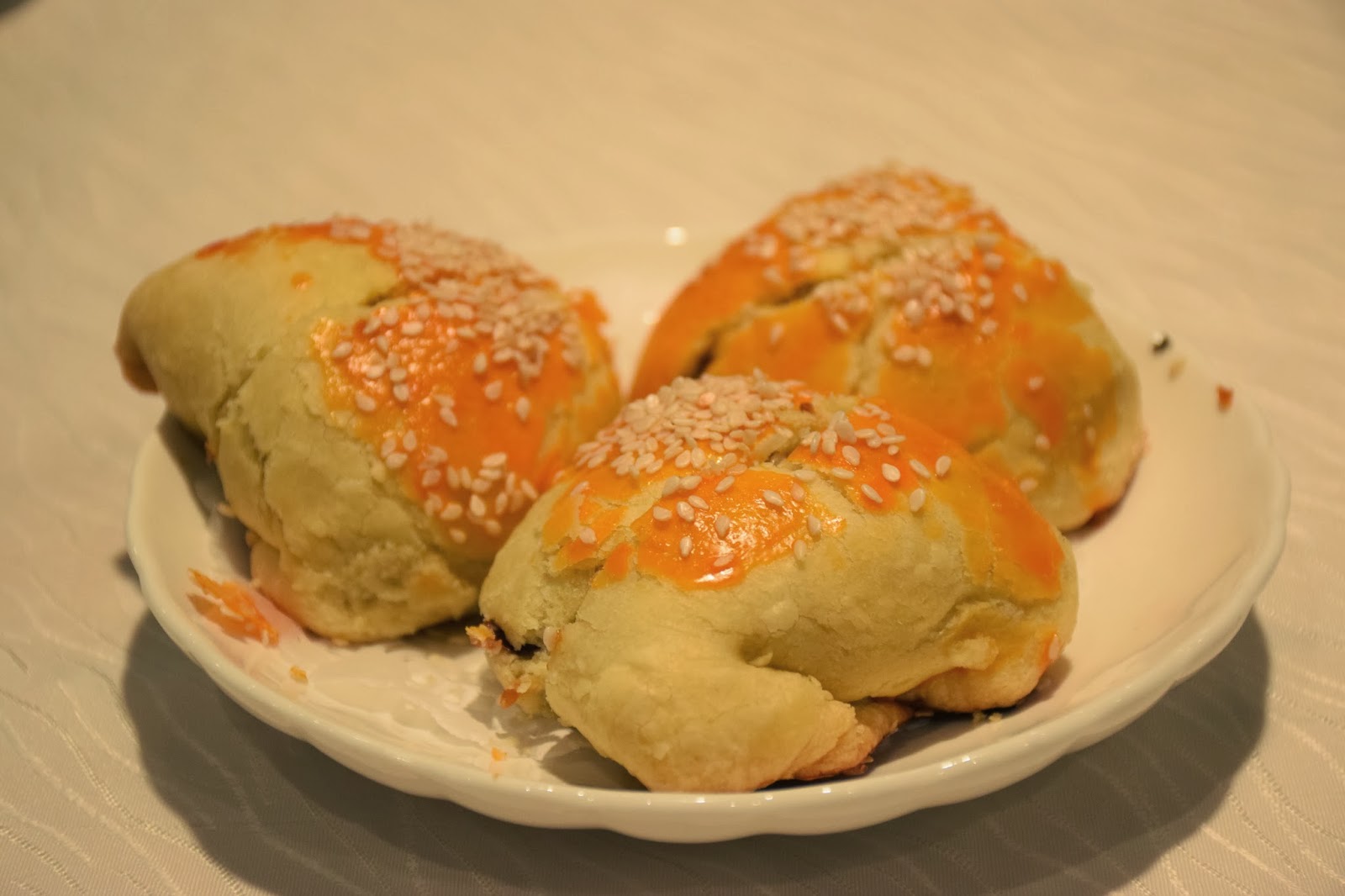 BBQ Pork Pastry
2/5 stars
These were rather interesting. The flakey exterior actually had a very strong citrus flavour! The filling was a disappoint however. The bbq pork tasted nothing like cha sau! 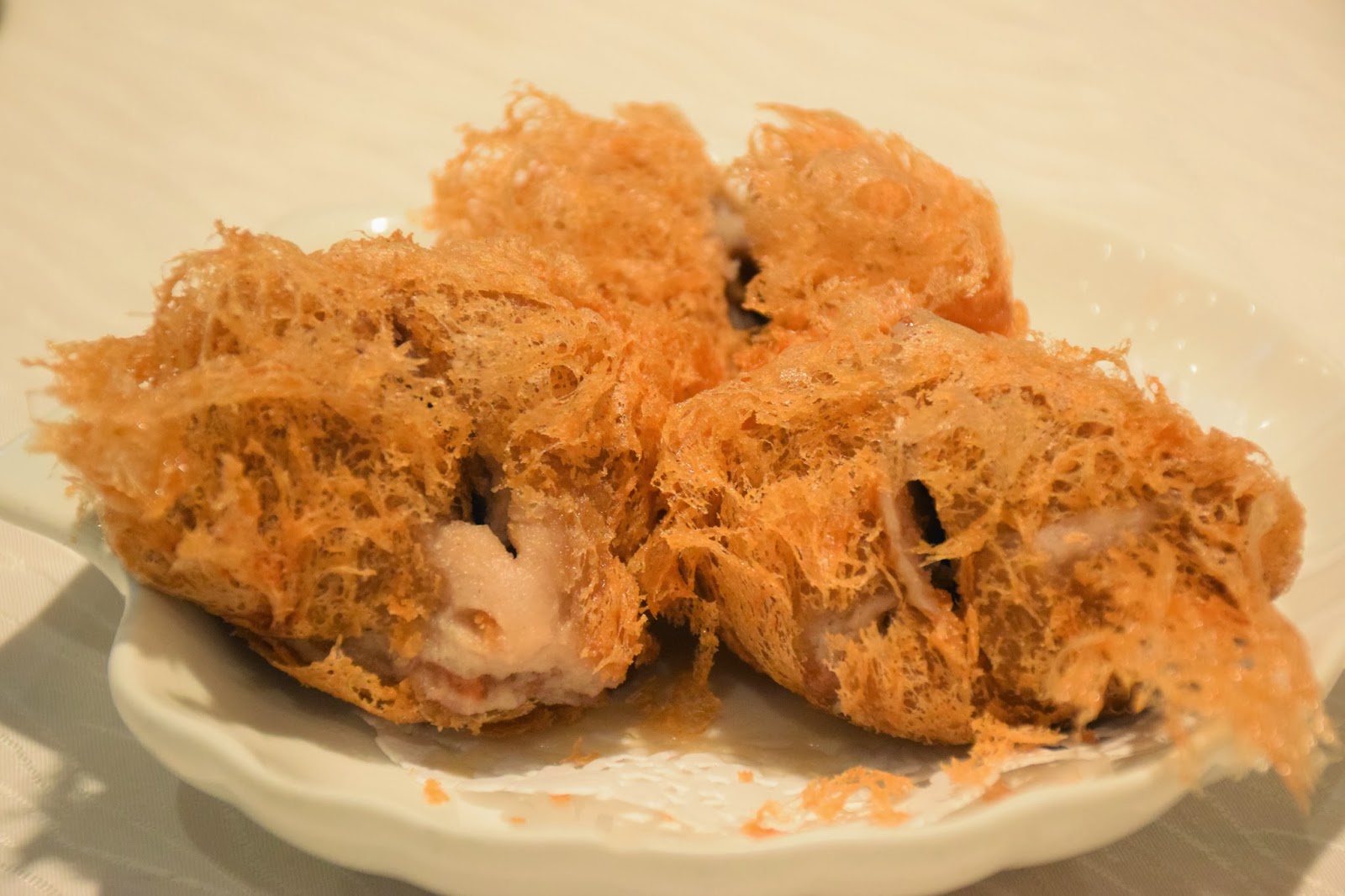 Fried Taro Dumpling
4/5 stars
Both my dad & I agreed that this was the best thing we ordered! The fried exterior was perfectly crispy and very fragrant. The taro was very soft, and was a great contrast to the flakey exterior shell. The filling was comprised of mince meat, with the meat being very flavourful. 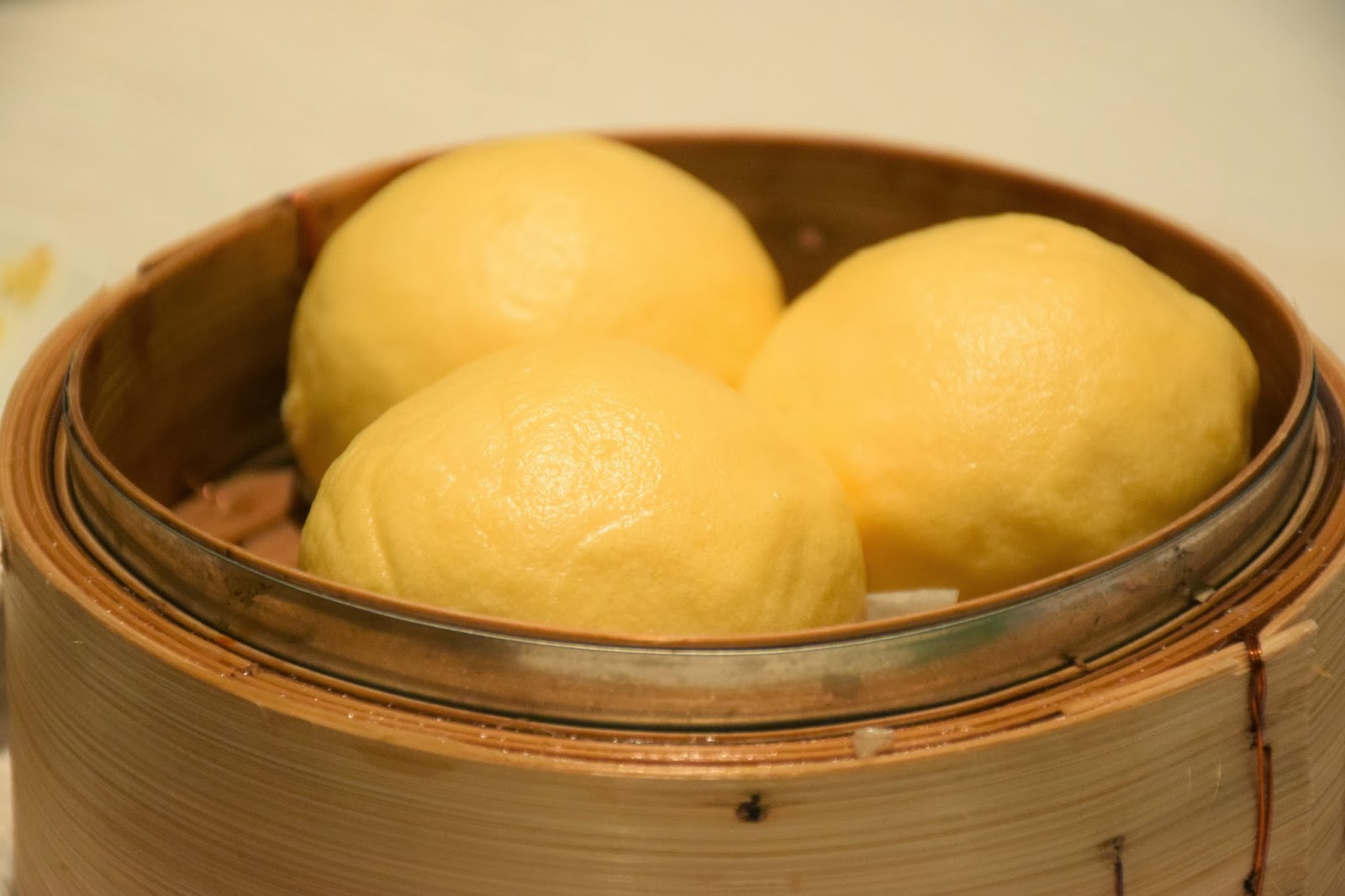 Egg Yolk Bun
4/5 stars
These were delicious! They were rather generous with the egg yolk filling. Warning: the filling is really runny! On a pervious occasion the yolk actually squirted all over my hand haha.
The egg yolk was very sweet and savoury. The bun itself wasn't that great being that it was rather dense and doughy.