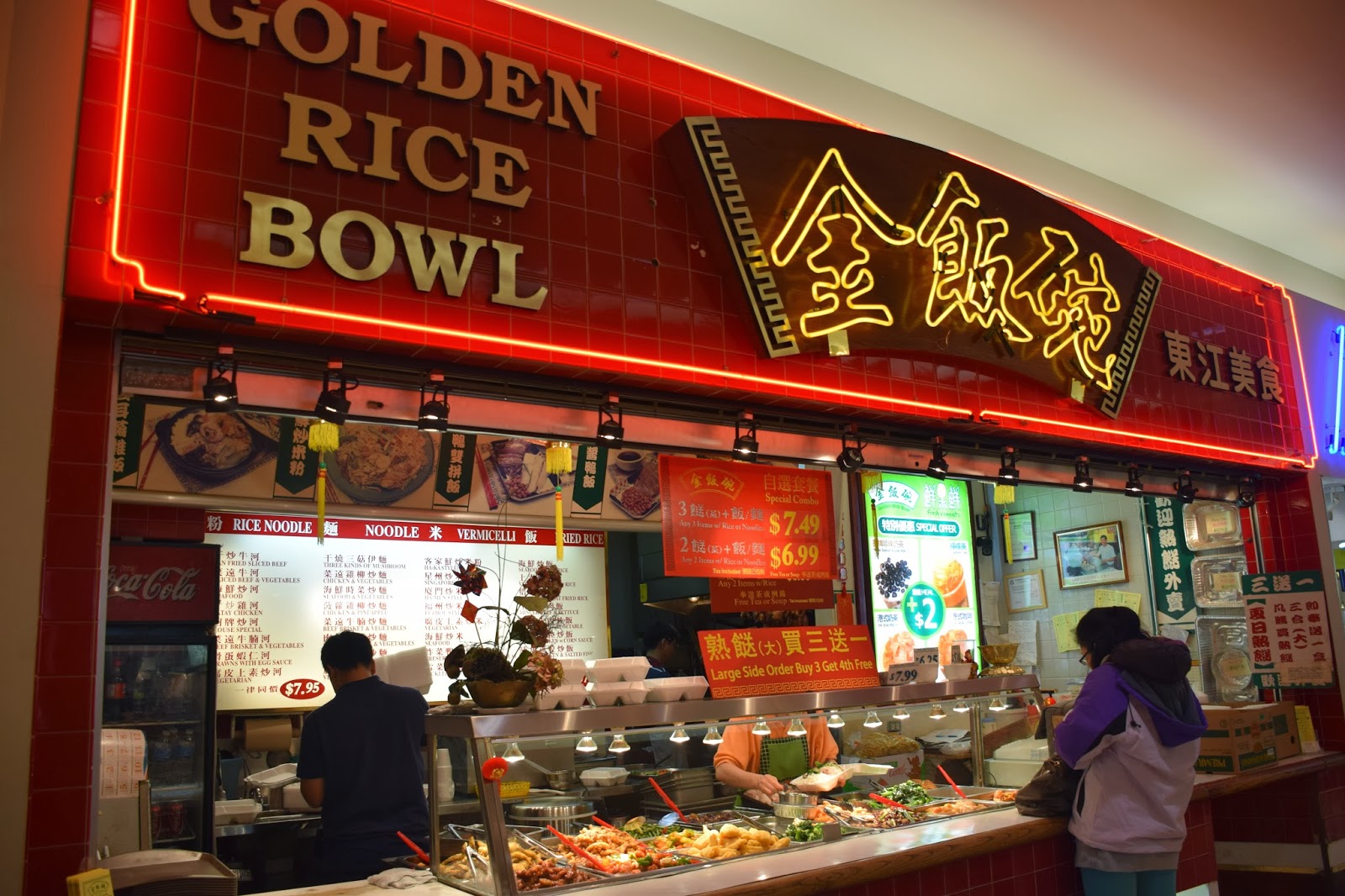 Golden Rice Bowl is one of the three vendors in Yaohan's food court that operate side by side each other offering the 2/3 item combo deal. They all offer similar items, at the same price point. After 6 pm it gets even cheaper and they're even more generous with their portions!
I've reviewed Golden Rice Bowl's competitors Pak Tak and Chung Hin in upcoming posts! 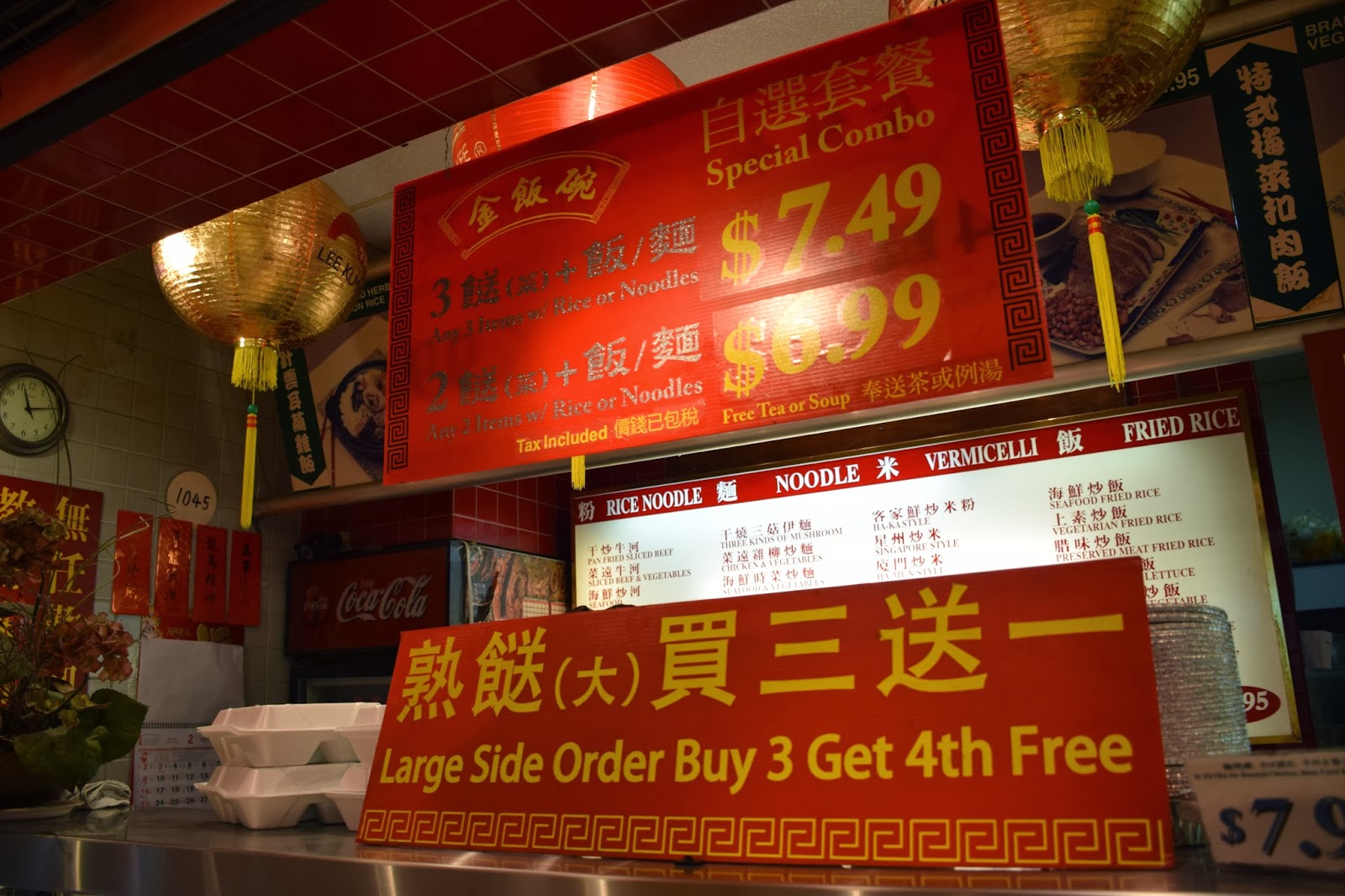 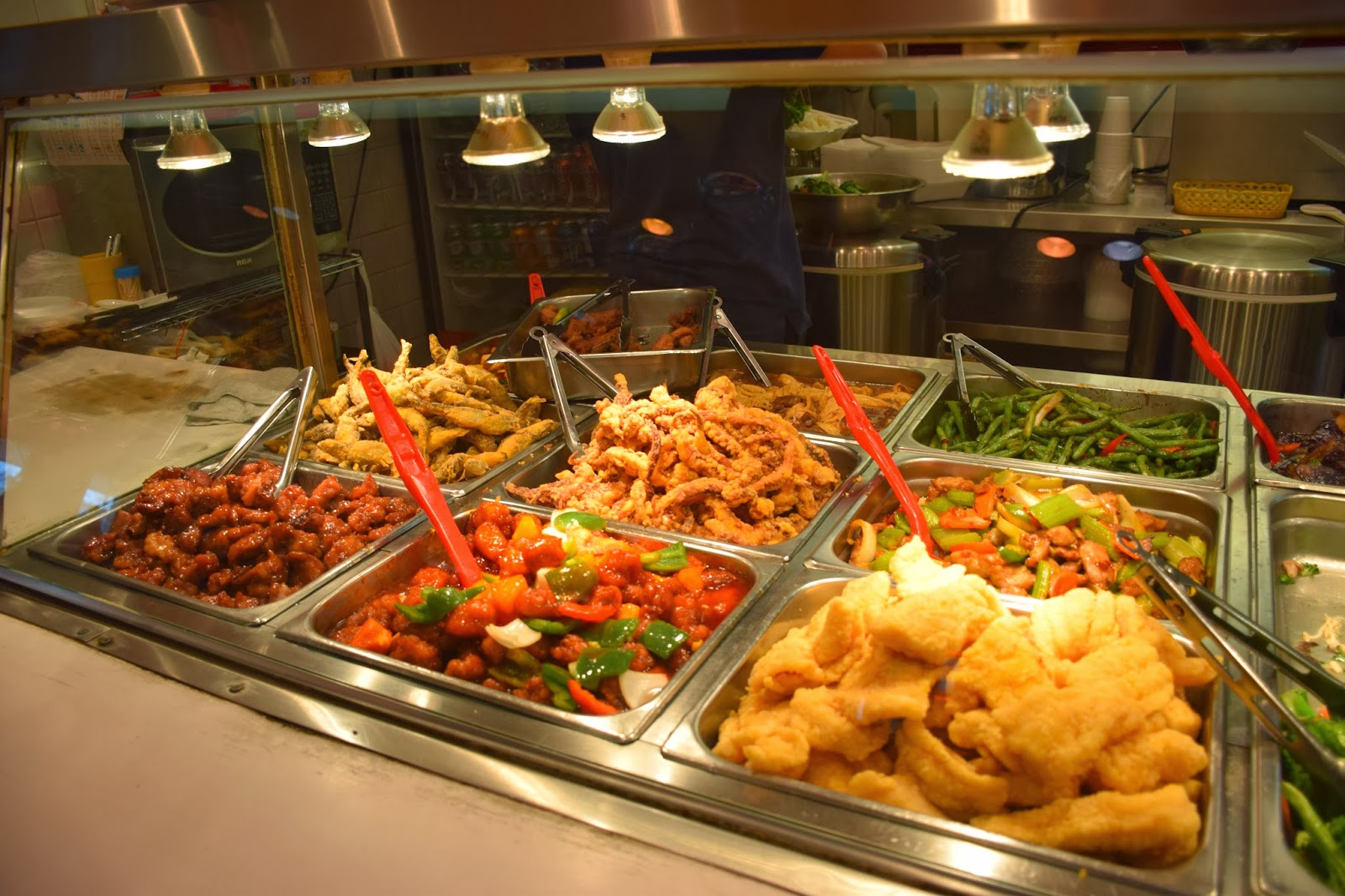 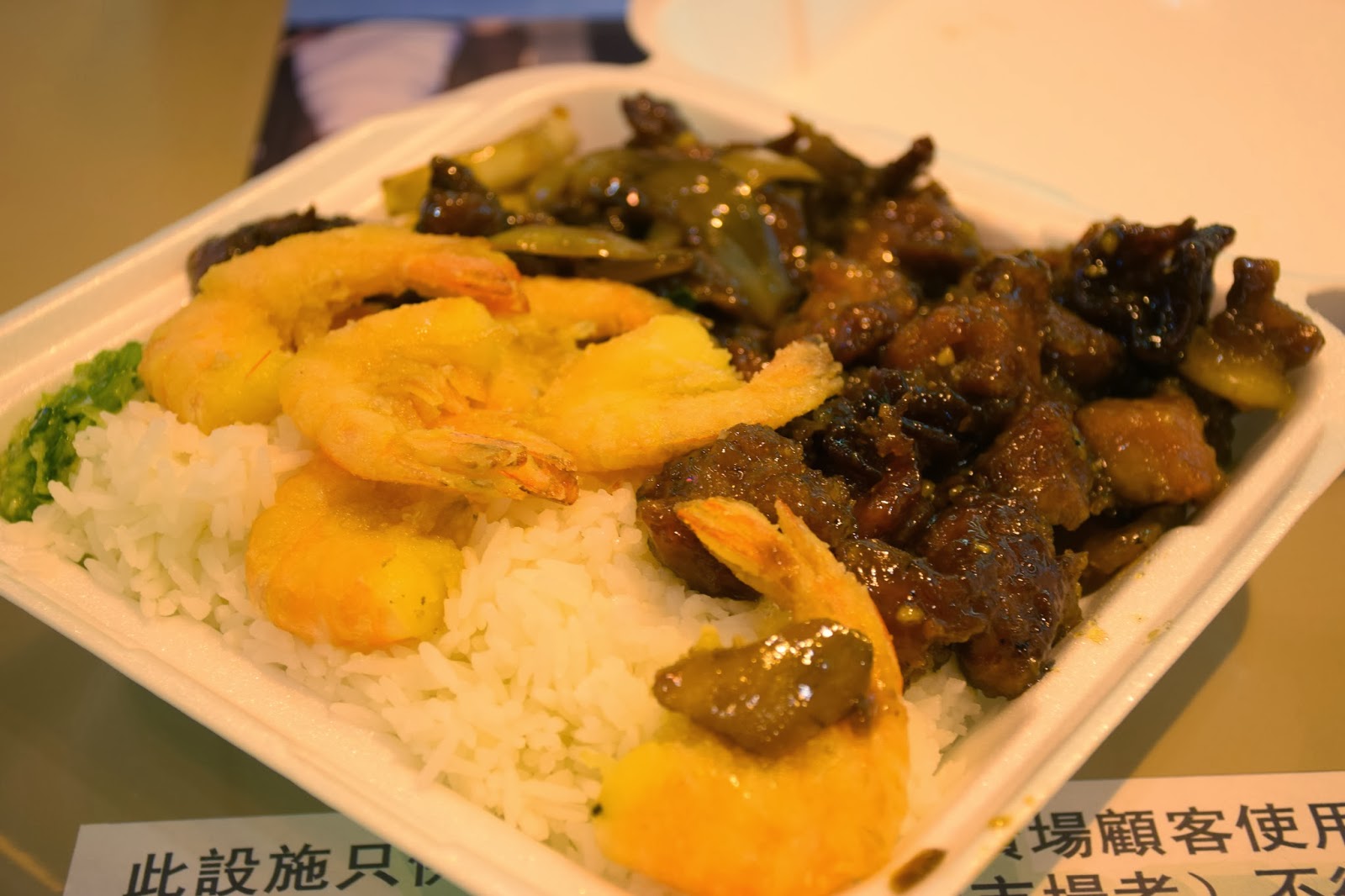 3/5 stars
I ordered the same shrimp and honey garlic pork that I had from Tak Chow next door, so I could compare the two. The shrimp from Golden Rice Bowl tasted really bland compared to Pak Tak. Pak Tak's is a lot more flavourful (probably from excessive MSG usage haha.) As for the honey garlic pork, Golden Rice Bowl's rendition definitely had a lot more meat. However a few pieces were badly burnt. Tak Pak's was mostly comprised of bone. As for the Sautéed Pork, it was rather bland, but was chewy and moist, however I probably wouldn't order it again. The portion sizes/rice were relatively the same.