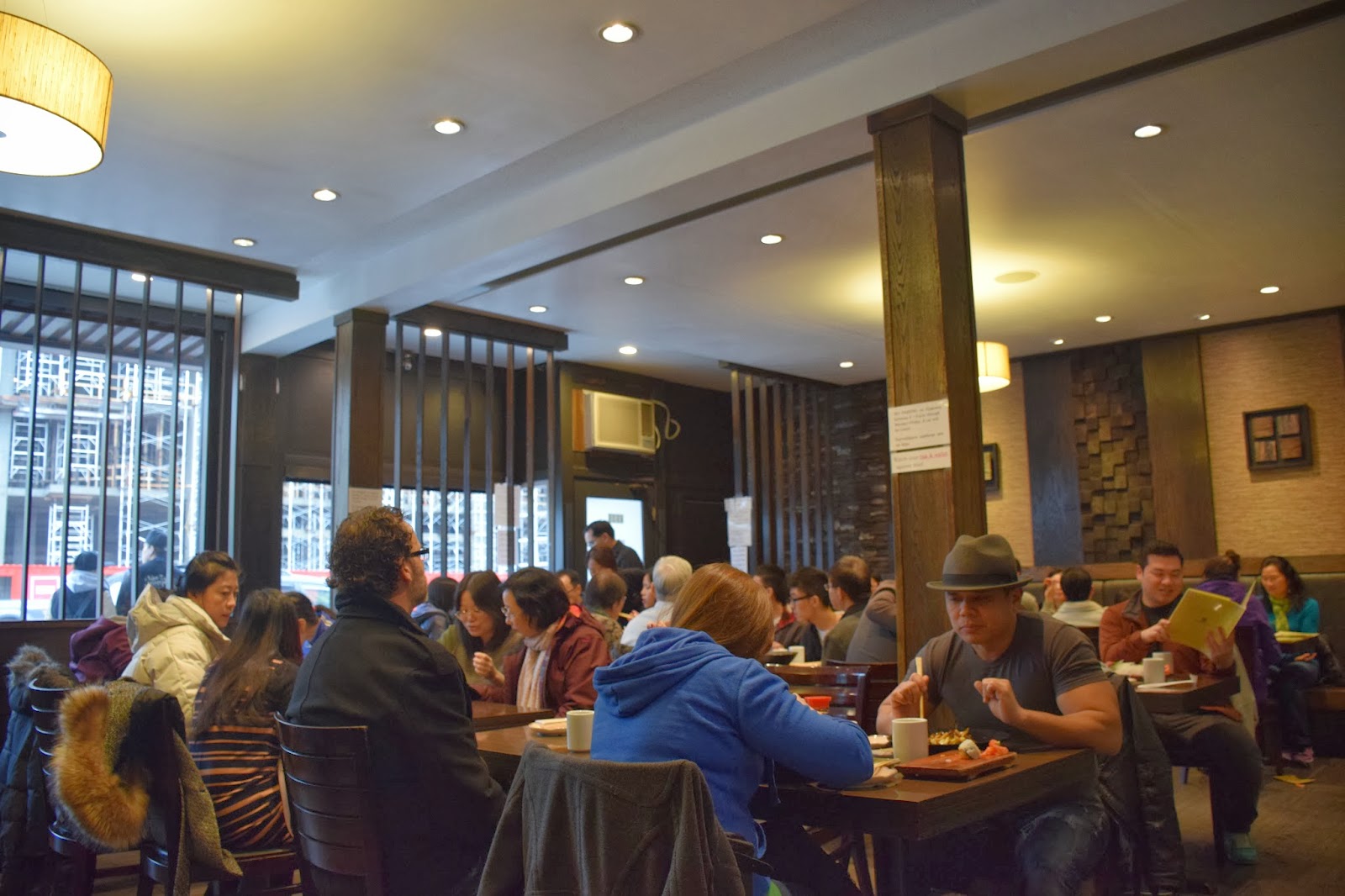 Ah Sushi Garden. Everyone seems to have a love/hate relationship with this place haha. Admit it, you can't help but be enticed by their cheap prices and above average food! You put up with the mediore service, long lineups, and stuffy atmosphere to get your fill of cheap sushi. Where else can you get 48 pieces of sushi for a mere $22? Mind you, it's not authentic Japanese fare by any means, as Sushi Garden is operated by Koreans, but it fills a void, without emptying your wallet. :)

Warning to those going to Sushi Garden for the first time: the line ups are huge virtually every day of the week (even Monday morning!) and service is nonexistent, given how busy they are. Seriously, the take out counter is a warzone haha! Piles upon piles of takeout sushi boxes! However, I've found that on the rare occasion that they're less busy, service is actually rather pleasant haha. Our tea was actually refilled, our garbage was taken away, and I got fresh napkins! The waiter brought over 3 thick napkins without me asking! Huge bonus points, because if you ever eat with me, you know I'm a messy eater haha! 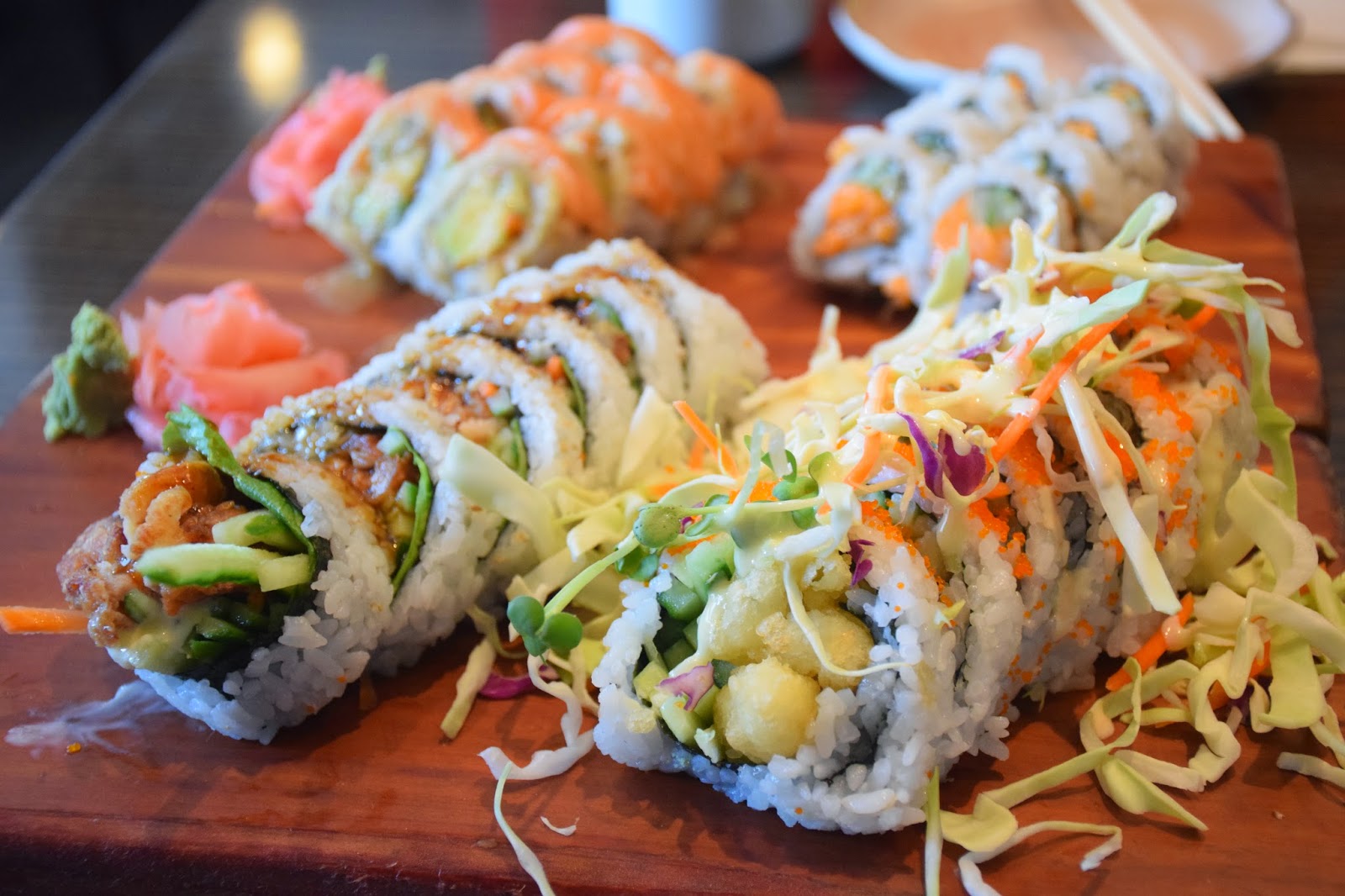 Both times I went to Sushi Garden I was with my parents, and they're not really keen on raw fish, so we ended up ordering only sushi rolls! The rolls at Sushi Garden are really cheap, with most rolls being only around $2-6.

Chicken Teriyaki Roll 2/5 stars
I like how the batter of the chicken is crispy, however the chicken itself is rather bland and is rather gummy in texture, which is a bit unpleasant.


Ikamite Roll 3/5 stars
The Ikamite Roll is comprised of cuttle fish tempura, topped with greens, tobiko, and sweet japanese mayo. The  batter on the cuttlefish is incredibly fragrant and the flavours go very well with the japanese mayo. 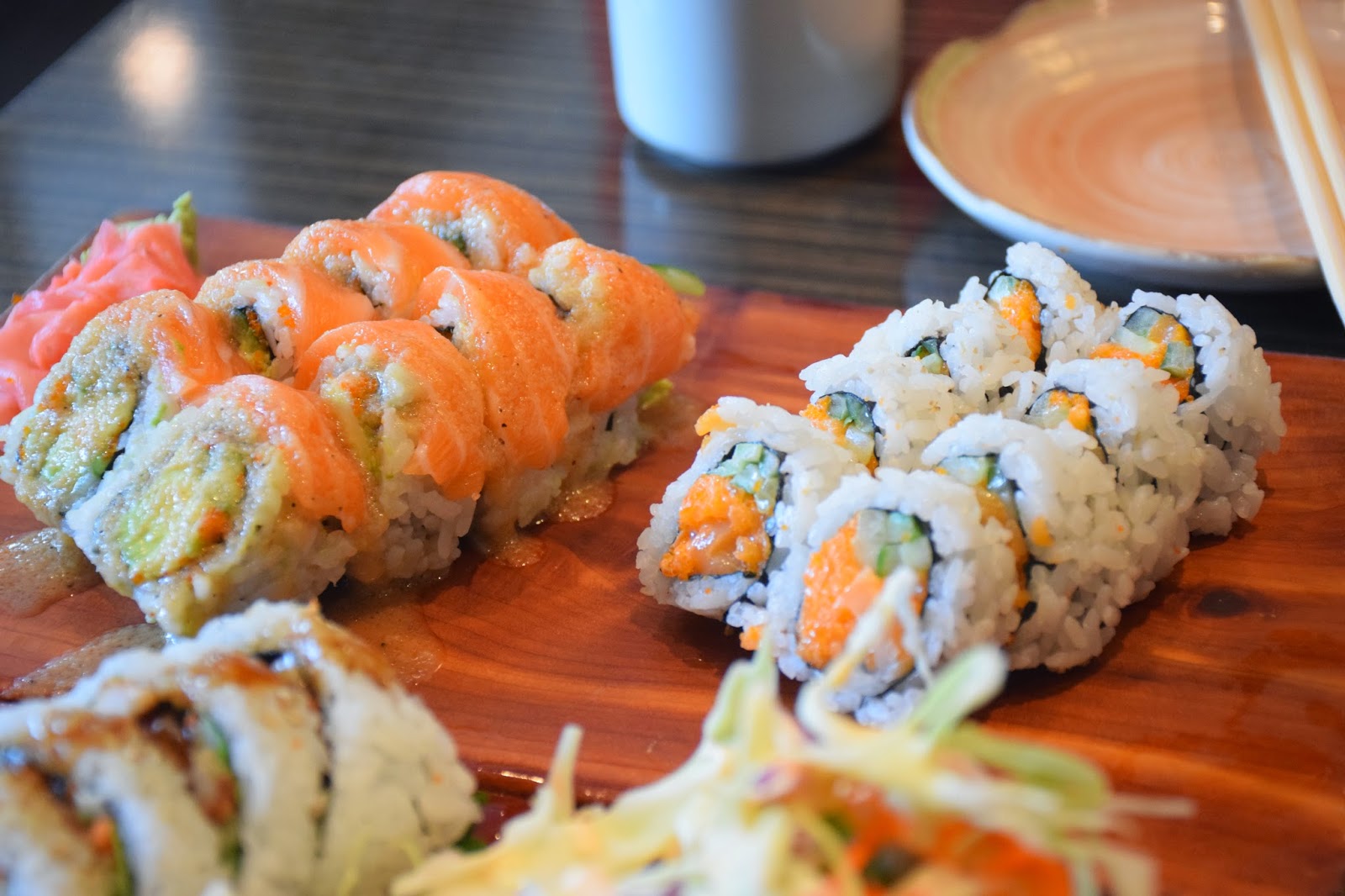 Alaska Roll 4/5 stars
The Alaska Roll is a crowd favourite. I think Sushi Garden does one of the best Alaska Rolls I've tried. Not the best sushi roll ever, but amazingly delicious nonetheless! It's basically an avocado roll topped with salmon and drizzled with a tangy garlic sauce. You can ask for extra sauce on the side. Trust me, it's way better than dipping your sushi in soy sauce ;)

Chopped Scallop Roll 1.5/5 stars
The chopped scallop roll is alright here. In my opinion, the scallops could have used some more mayo, as it was lacking in the flavour department. 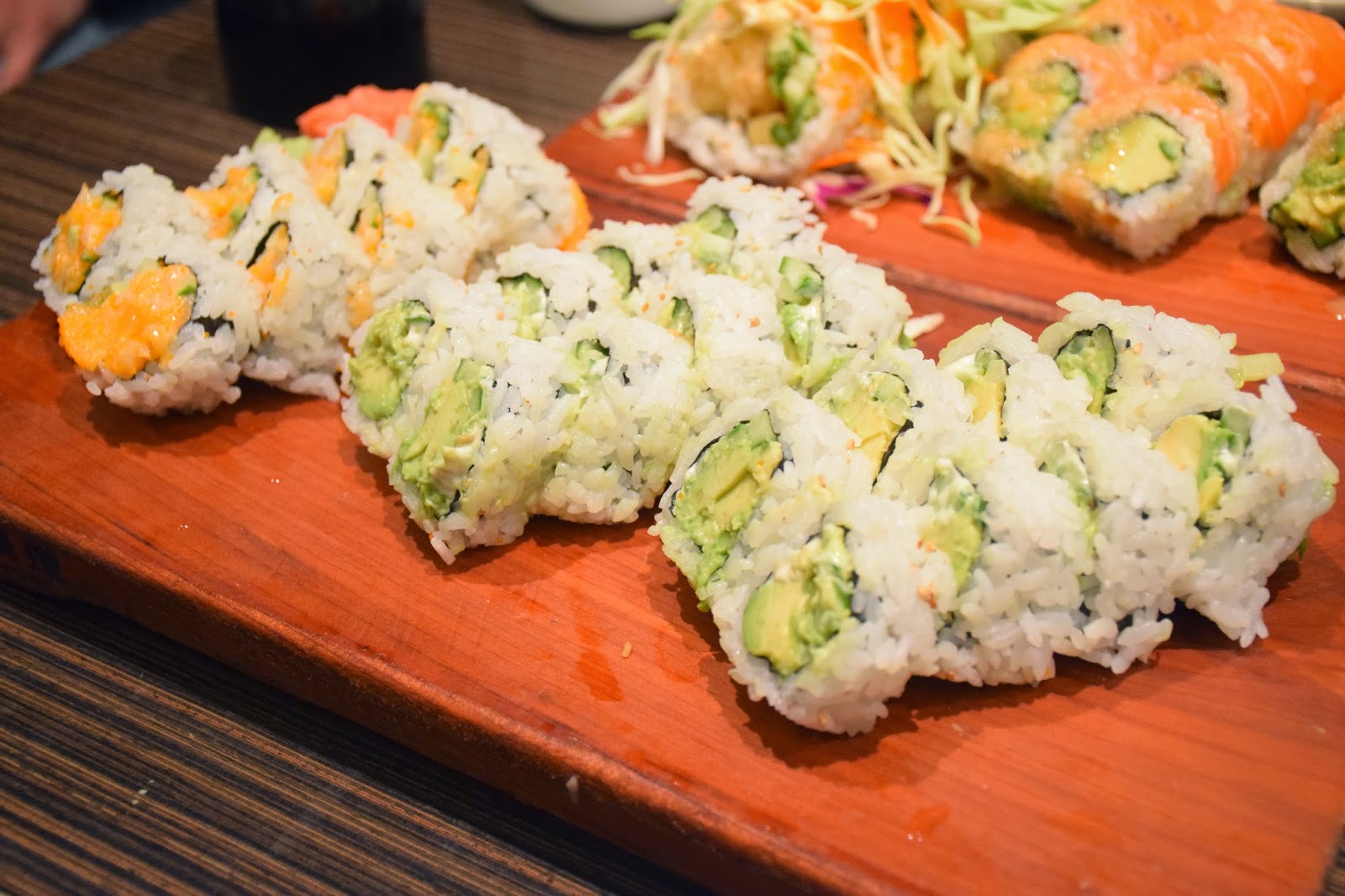 Avocado Roll
3/5 stars
The avocado rolls are pretty good here! The avocado they used was perfectly ripe, creamy, and just the right texture. I wasn't expecting the roll to be so large, so I ordered two! It ended up being way too much haha. 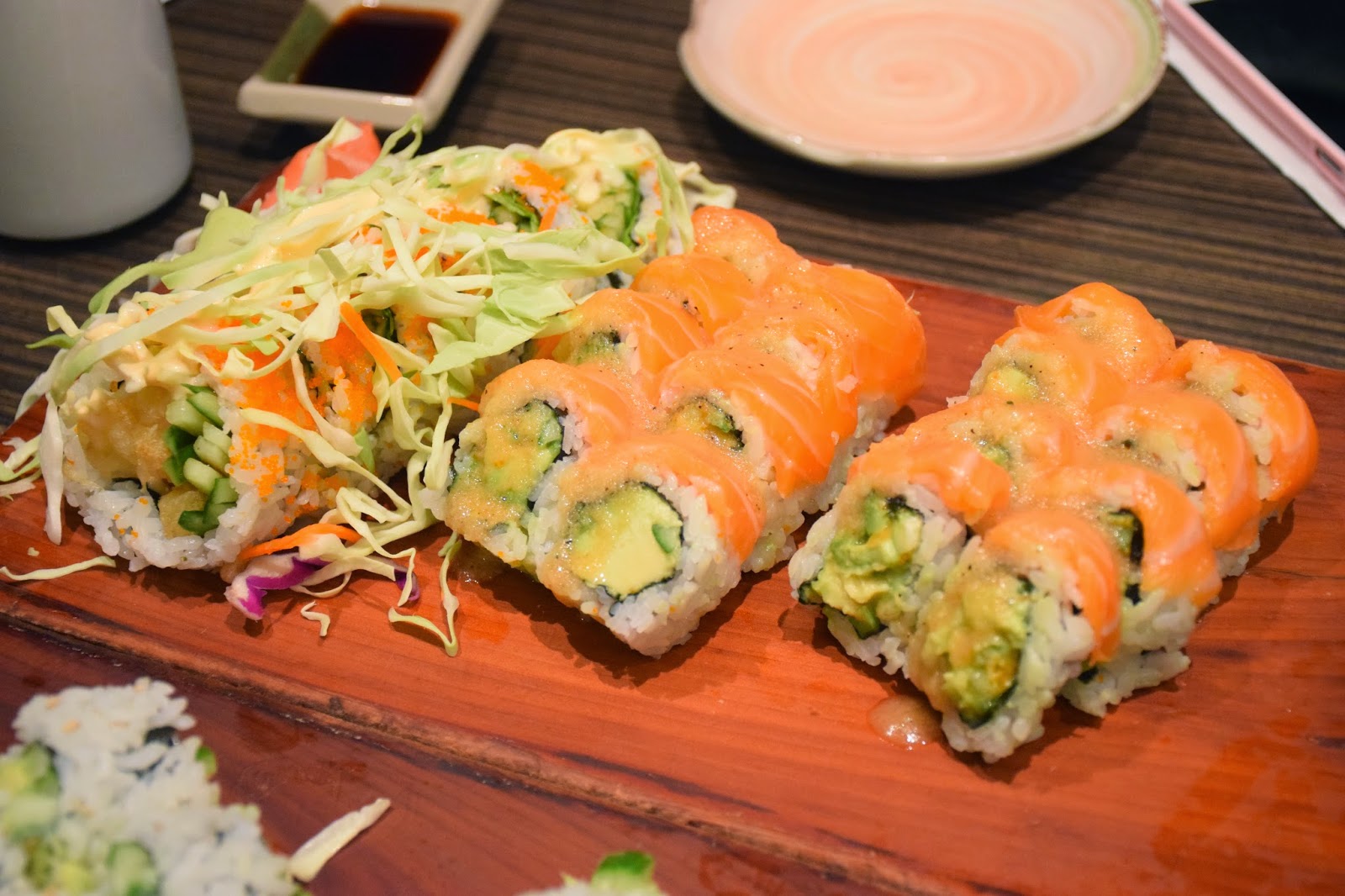 Here's another picture of the Ikamite Roll and Alaska Roll from previous visits! 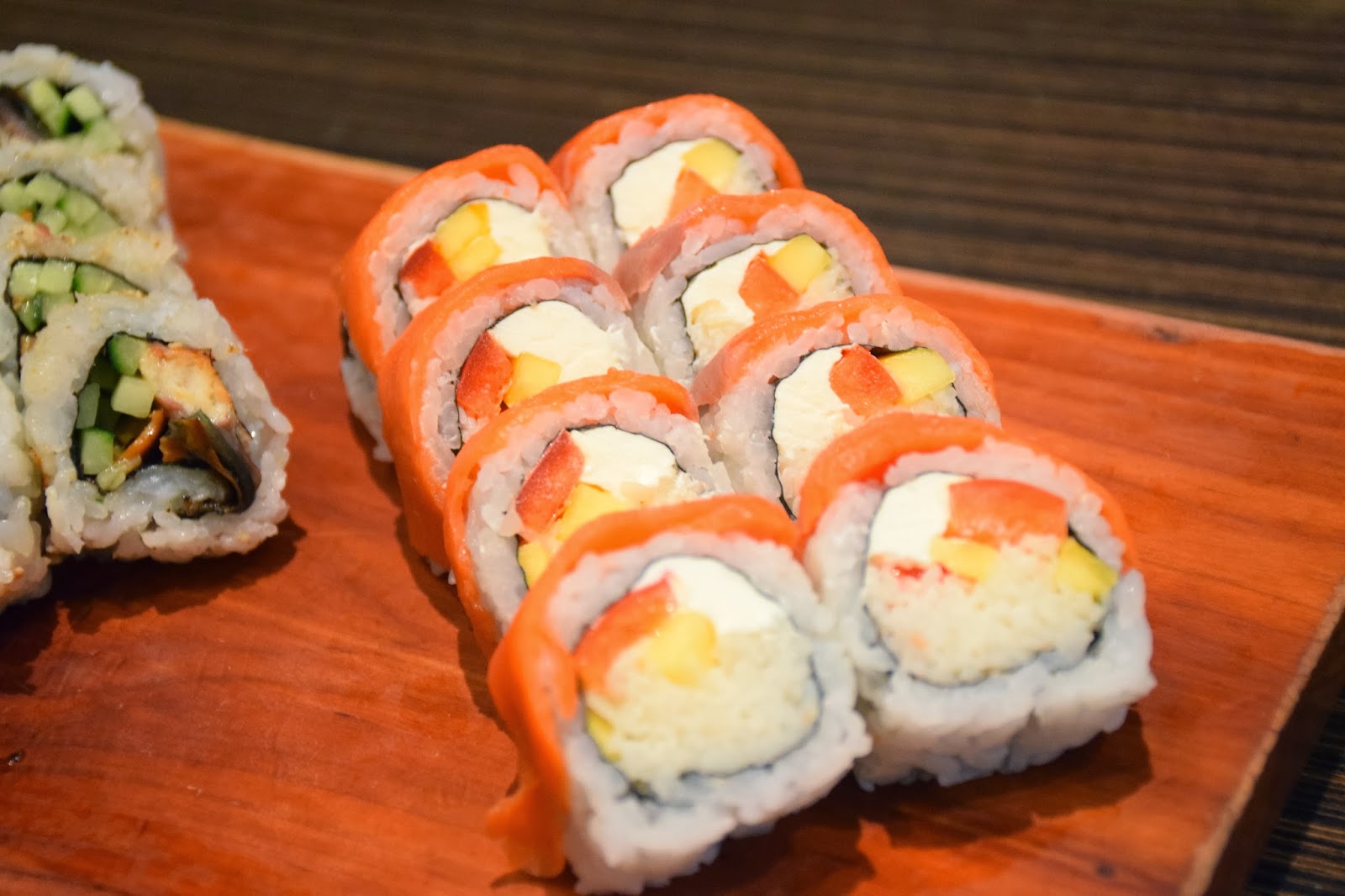 Salmon Cream Cheese Roll
3.5/5 stars
This was alright. However, it doesn't compare to Sushi Oyama's Salmon Cream Cheese Roll, which looks almost identical, but tastes a lot better. I was pleasantly surprised by the abundant amount of cream cheese.  The flavours of the salmon went quite well with the cream cheese. I actually really enjoyed the imitation crab because it was of the less mushy variety.

I also noted that Sushi Garden's presentation is rather sloppy compared to other restaurants. But it's forgivable, given how busy they are with tables and take out orders. 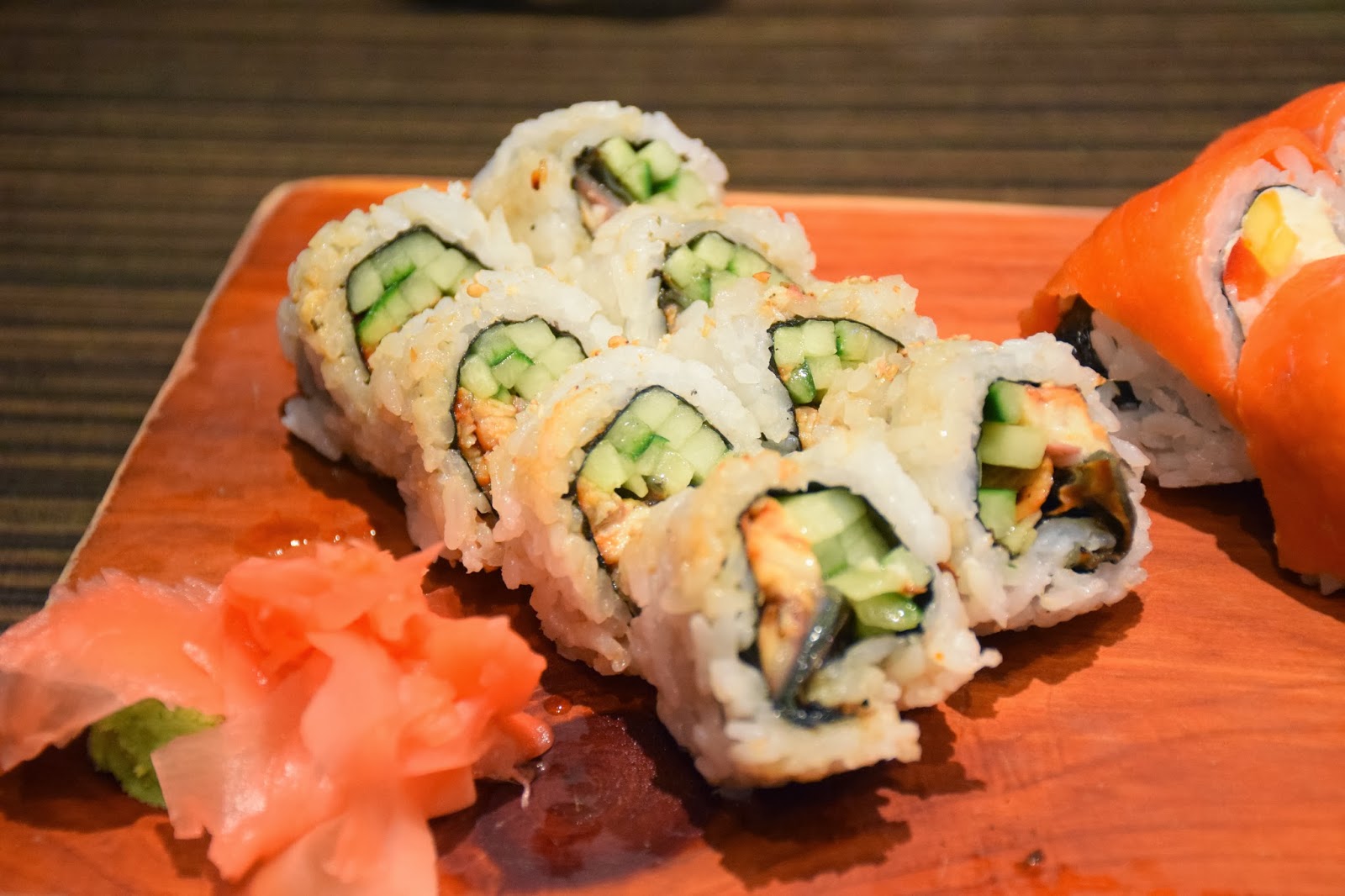 Unagi Roll
1/5 stars
This was rather disappointing. The Unagi lacked flavour, and was rather plain. I was expecting this to have sauce on it, but it didn't. The cucumber is already plain so they should have added a bit more to the Unagi to enhance the flavour. Adding sauce would have taken this to another level.

Overall, for the price, Sushi Garden is more than acceptable. Although it can't compare to an authentic Japanese sushi restaurant, Sushi Garden still offers up decently yummy eats, large portion sizes, and bang for your buck!