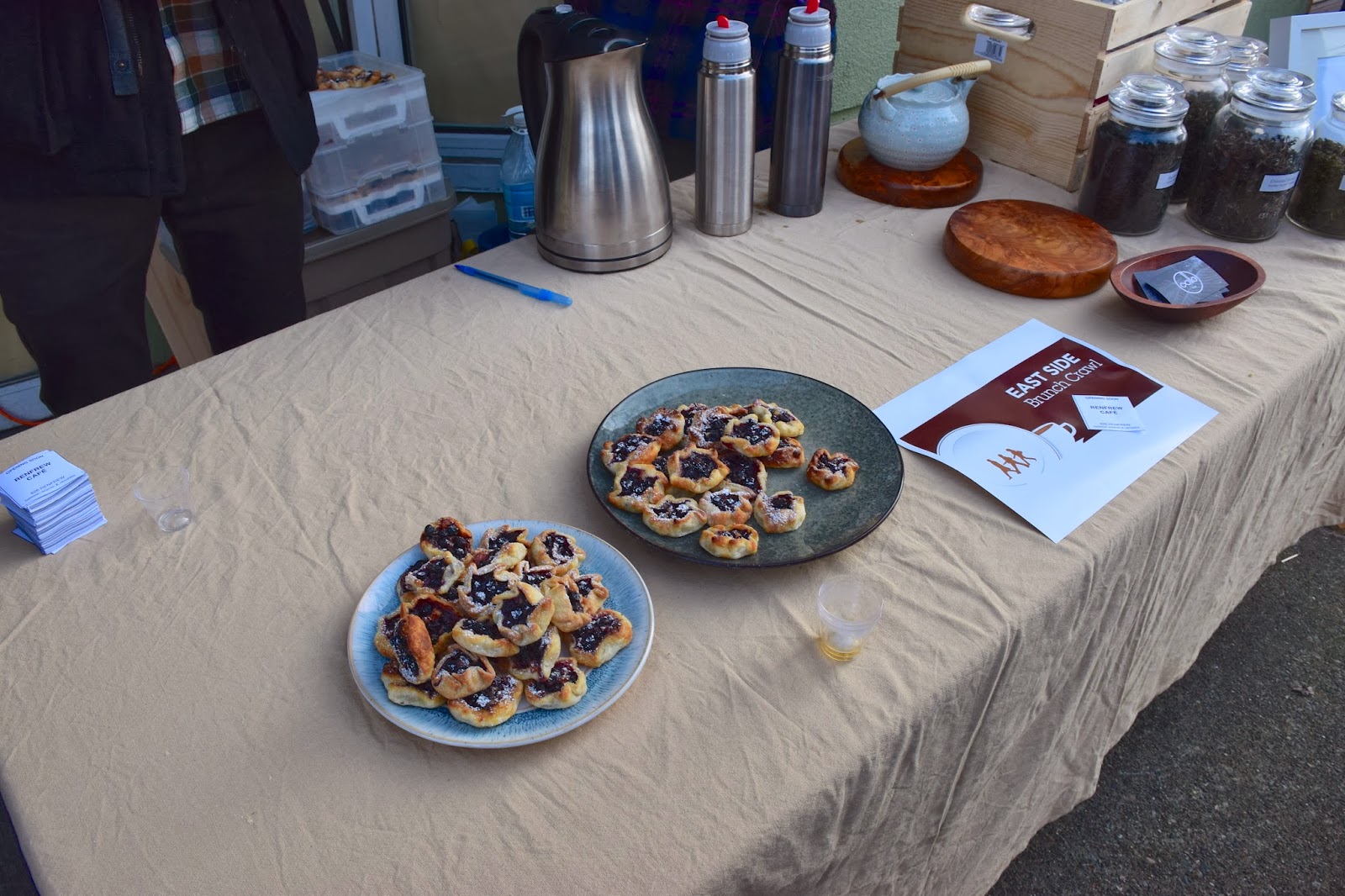 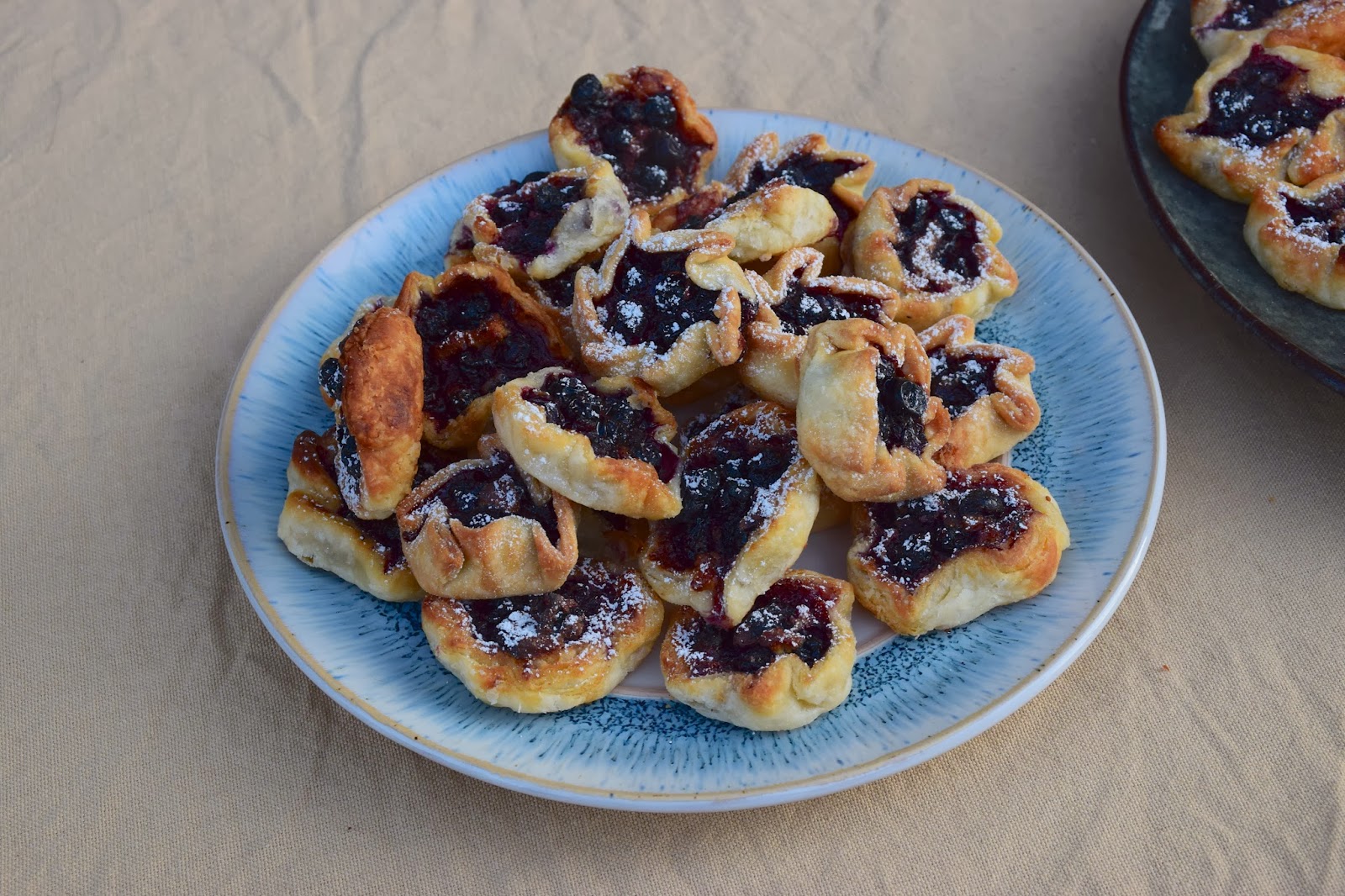 Upon arriving we found out that Tyler's Tacos was actually Tyler's Pies! Apparently there weren't any tacos being offered for the event. :(
The pies that were offered were blueberry and blackberry. The filling in the pies tasted fresh without being too sweet. The fact that the pies weren't uniform in shape perpetuated the notion of "homemade goodness" which I really appreciated. 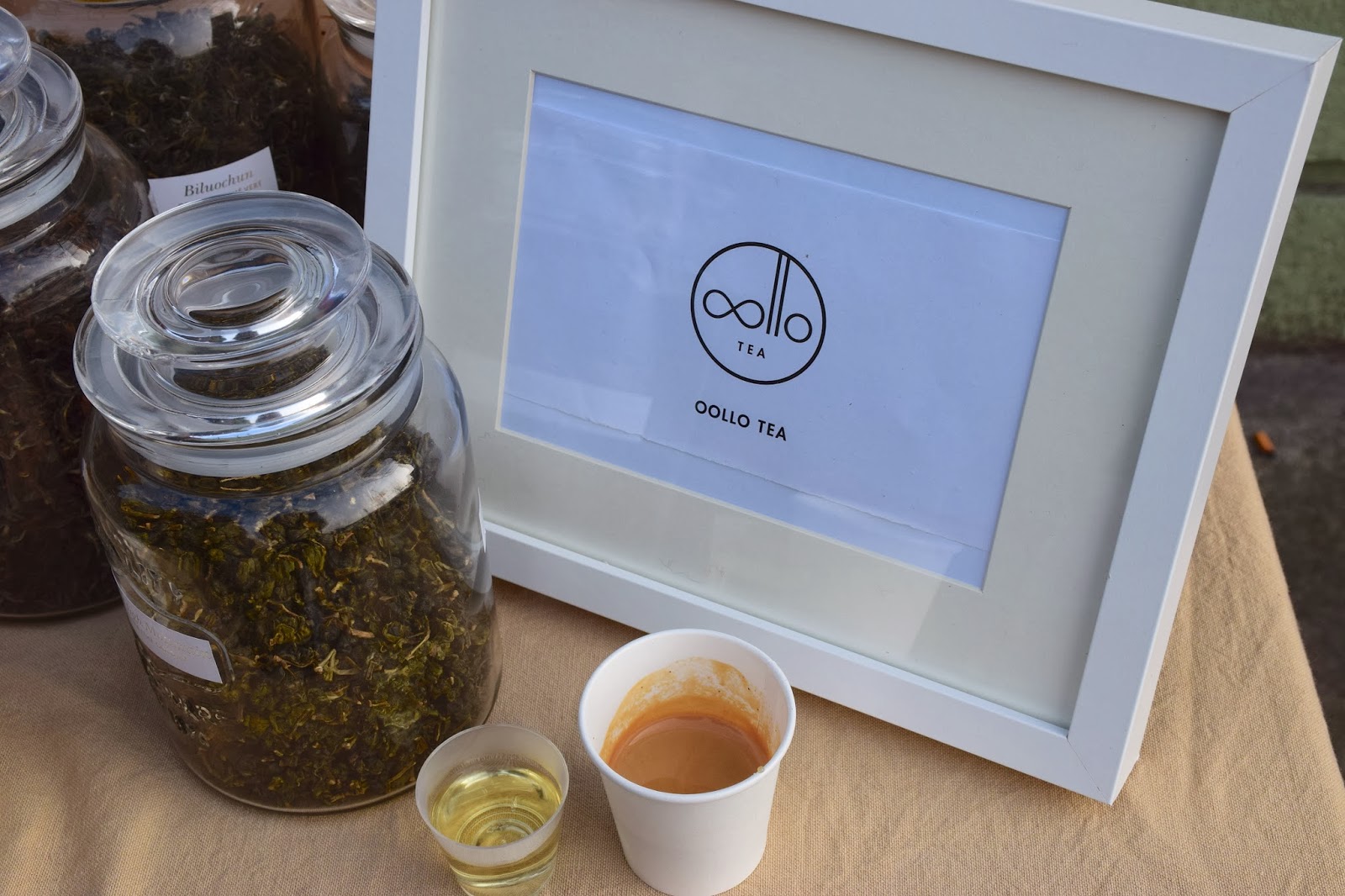 Ooloo tea was at the event as well! Ooloo specializes in tea imported from Taiwan. The tea that I tried was Mountain oolong tea.  It was very well steeped, and the oolong was very potent and tasted very fresh.
Side Note: Isn't their logo creative? I love it! 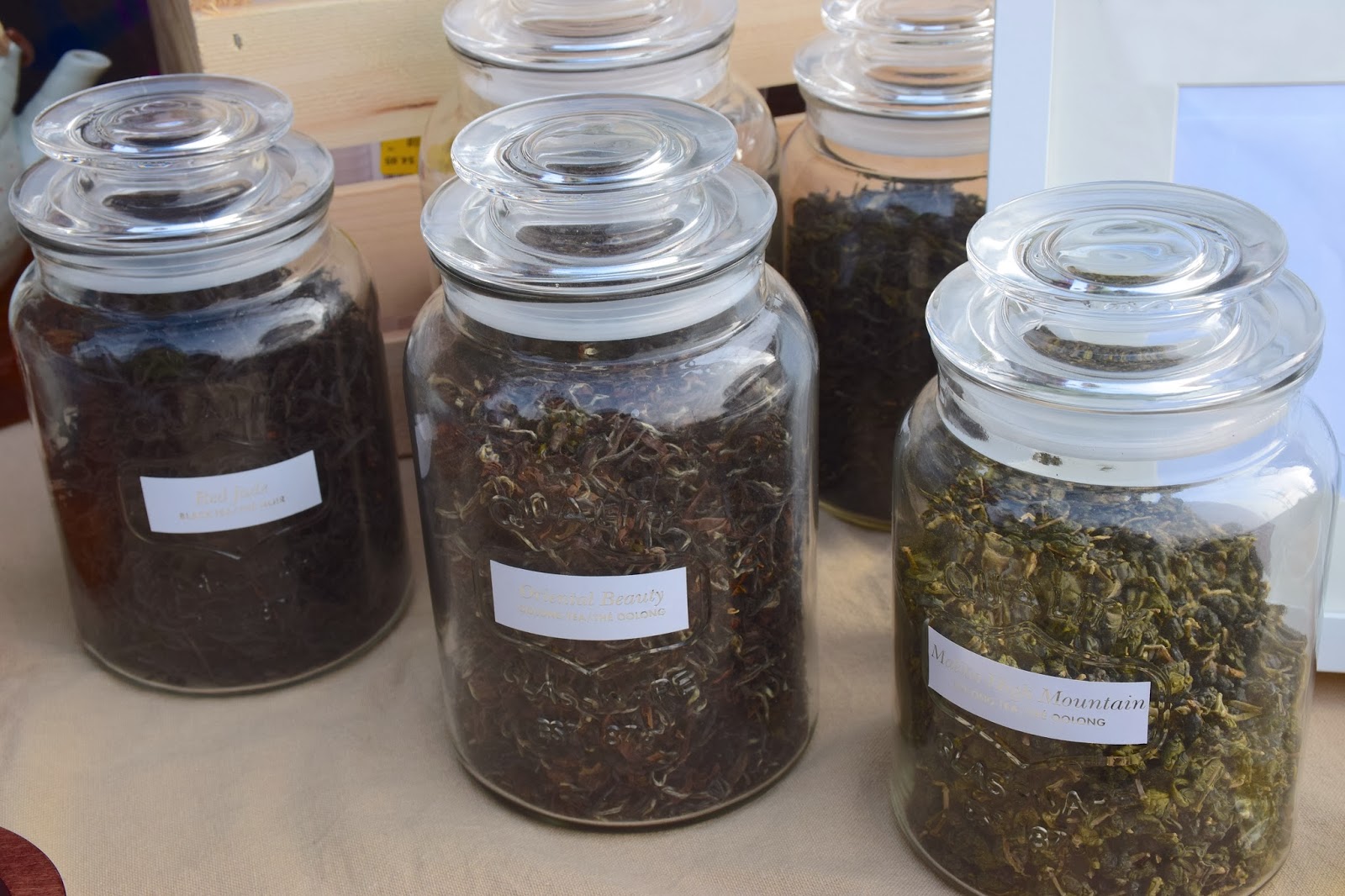 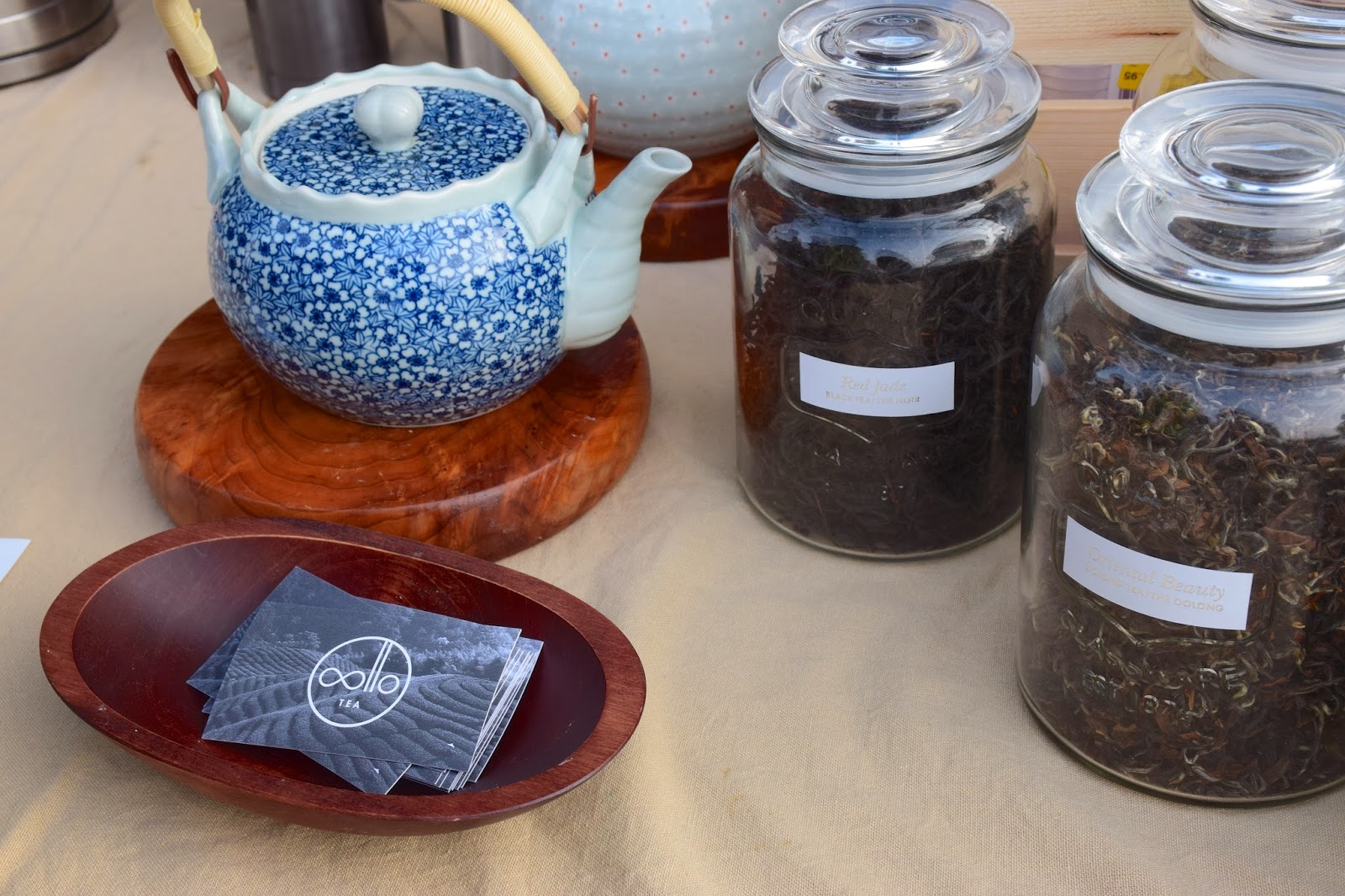