Yolk's Restaurant and Commissary - Dine Out 2014 - East Side Brunch Crawl 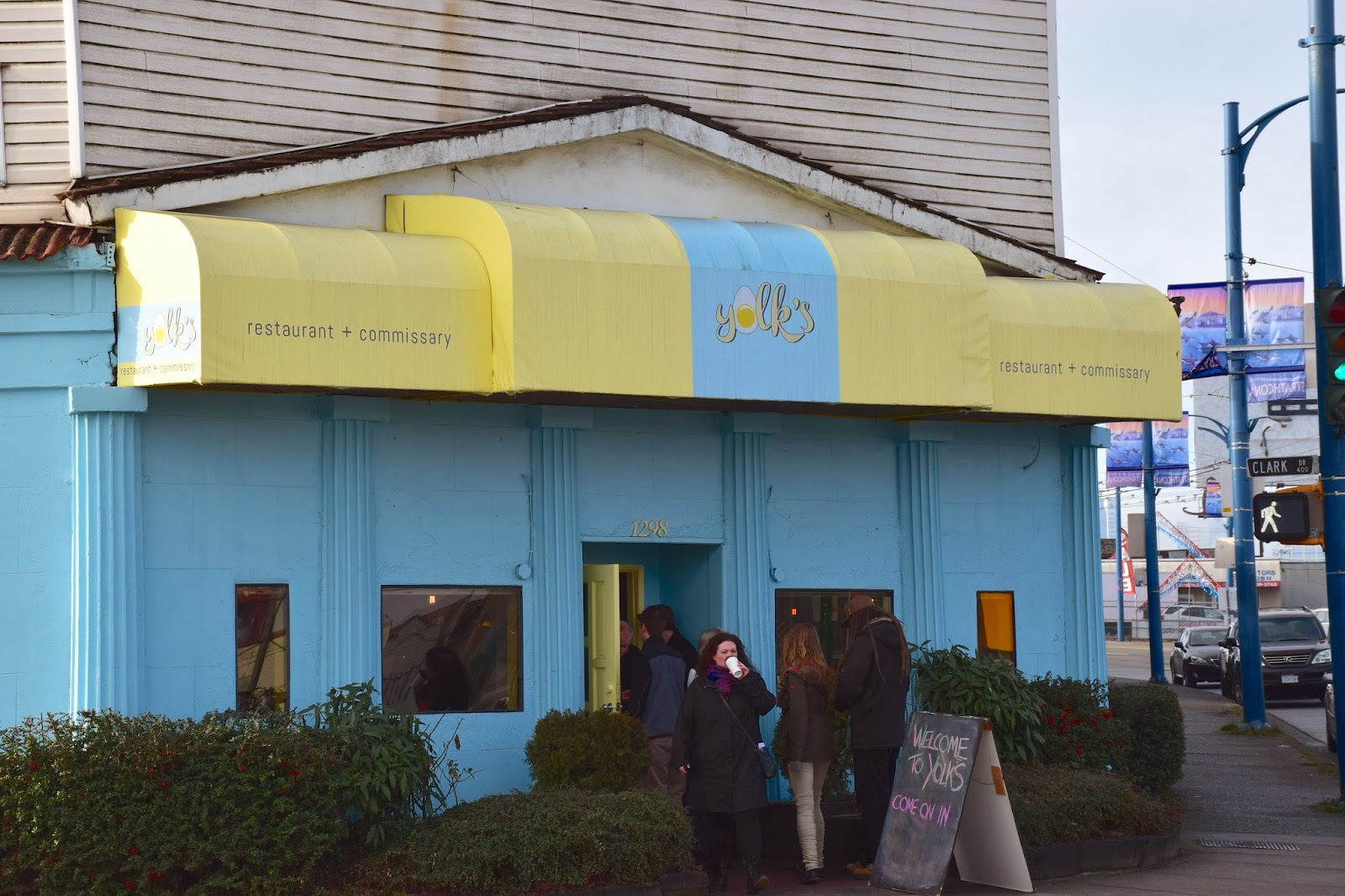 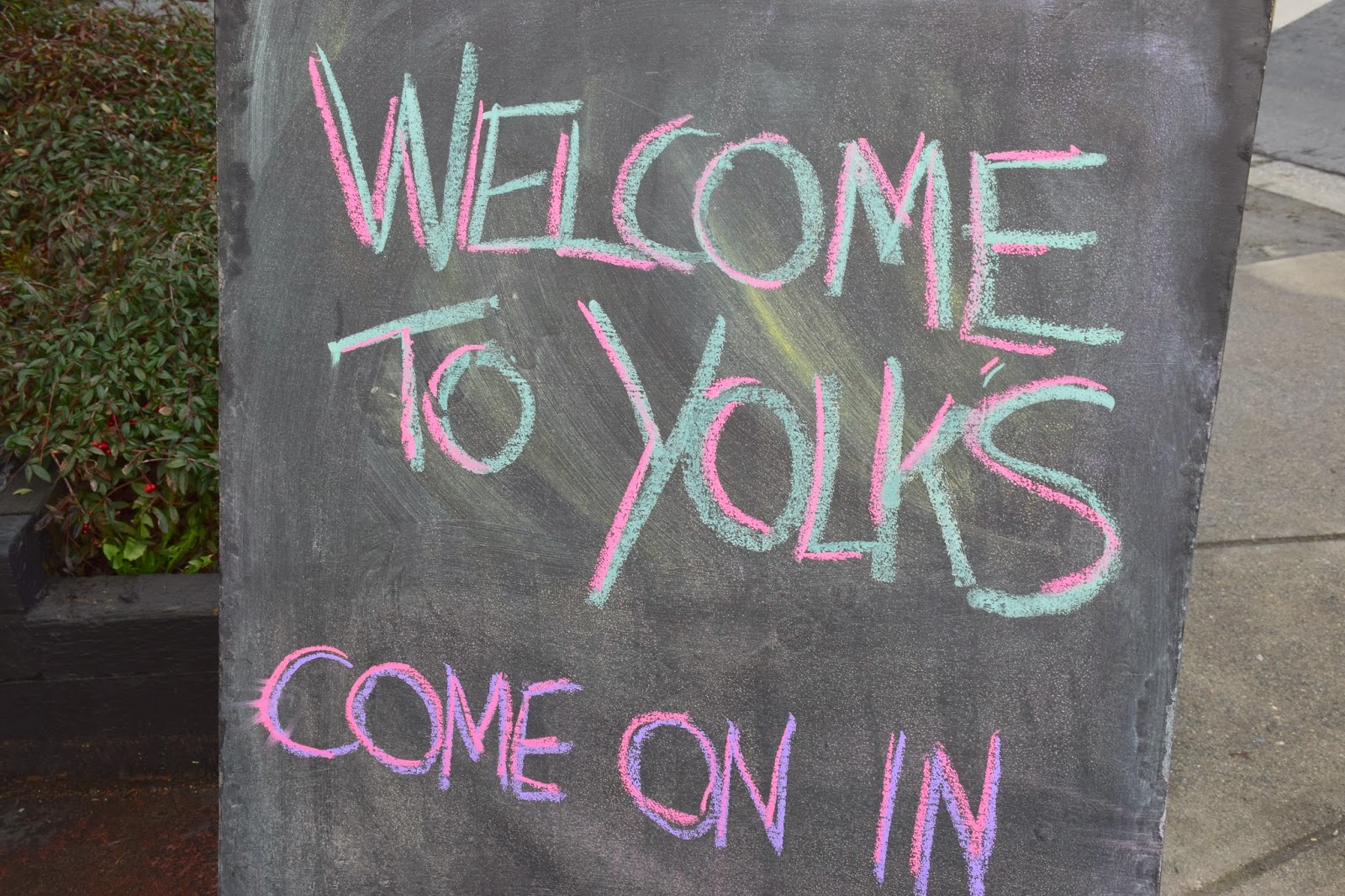 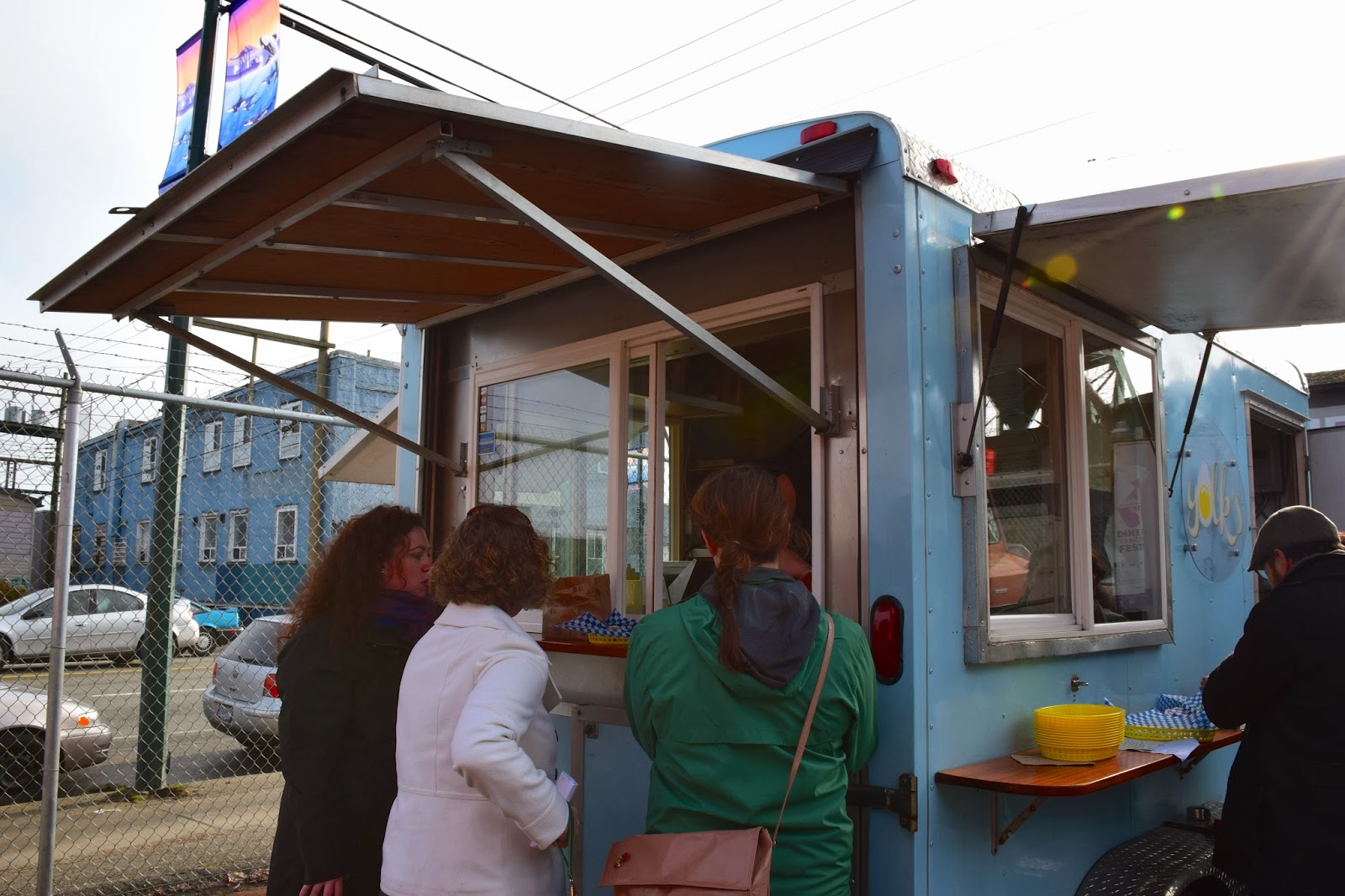 I thought we were going to eat in the restaurant, since it was at their restaurant location, however we were directed to their food cart at the back. 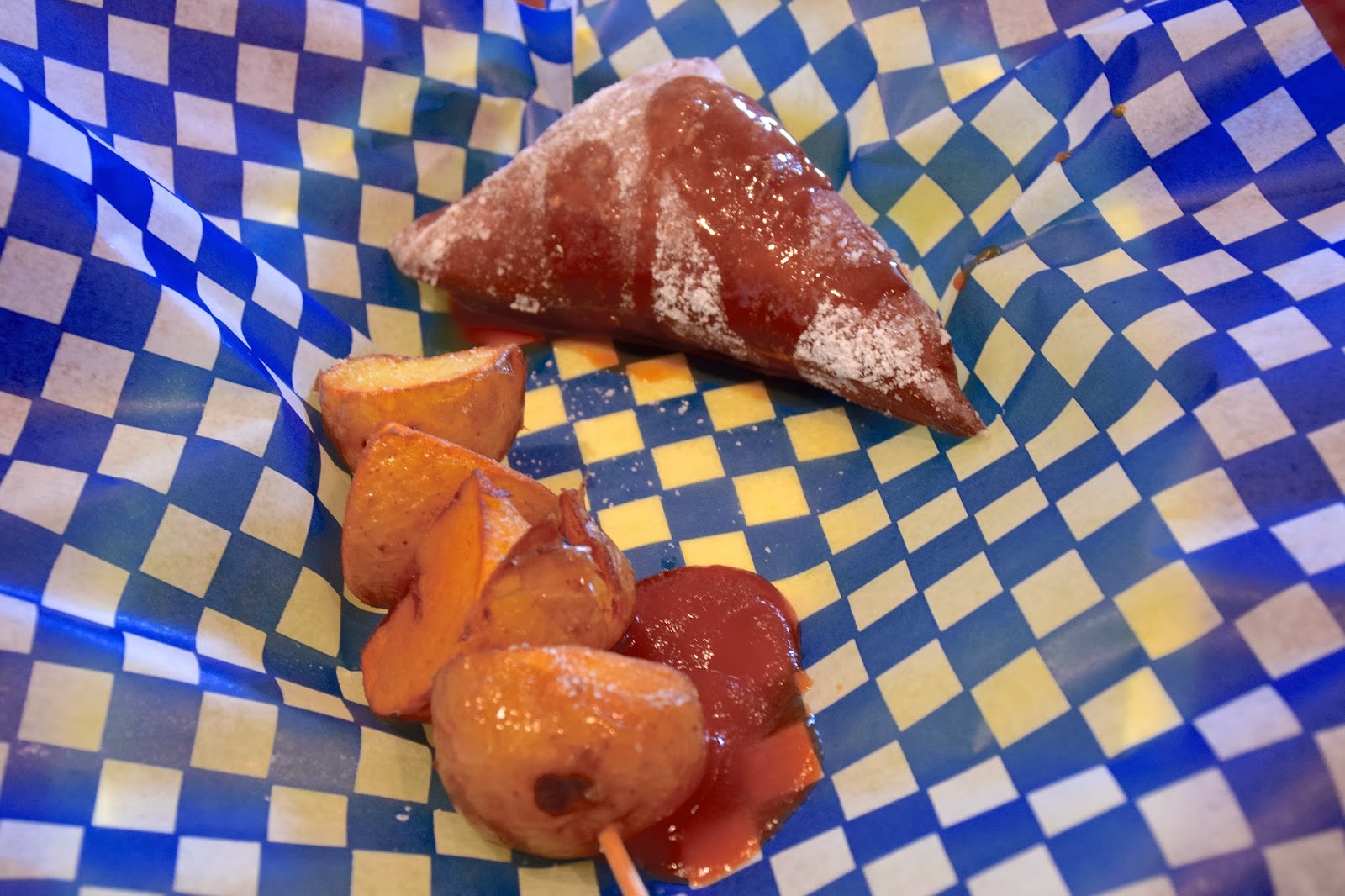 I've reviewed the lemon hashbrowns before from their food cart. However, these ones didn't taste as good. They were missing the scallions and there was less sauce on it. The exterior wasn't as flaky and crispy. The ones from their food cart downtown were saturated with flavour from the lemon juice and green onion.

The beignets were good, but not great. They caramel sauce was rather salty and the dough was a little too dense.