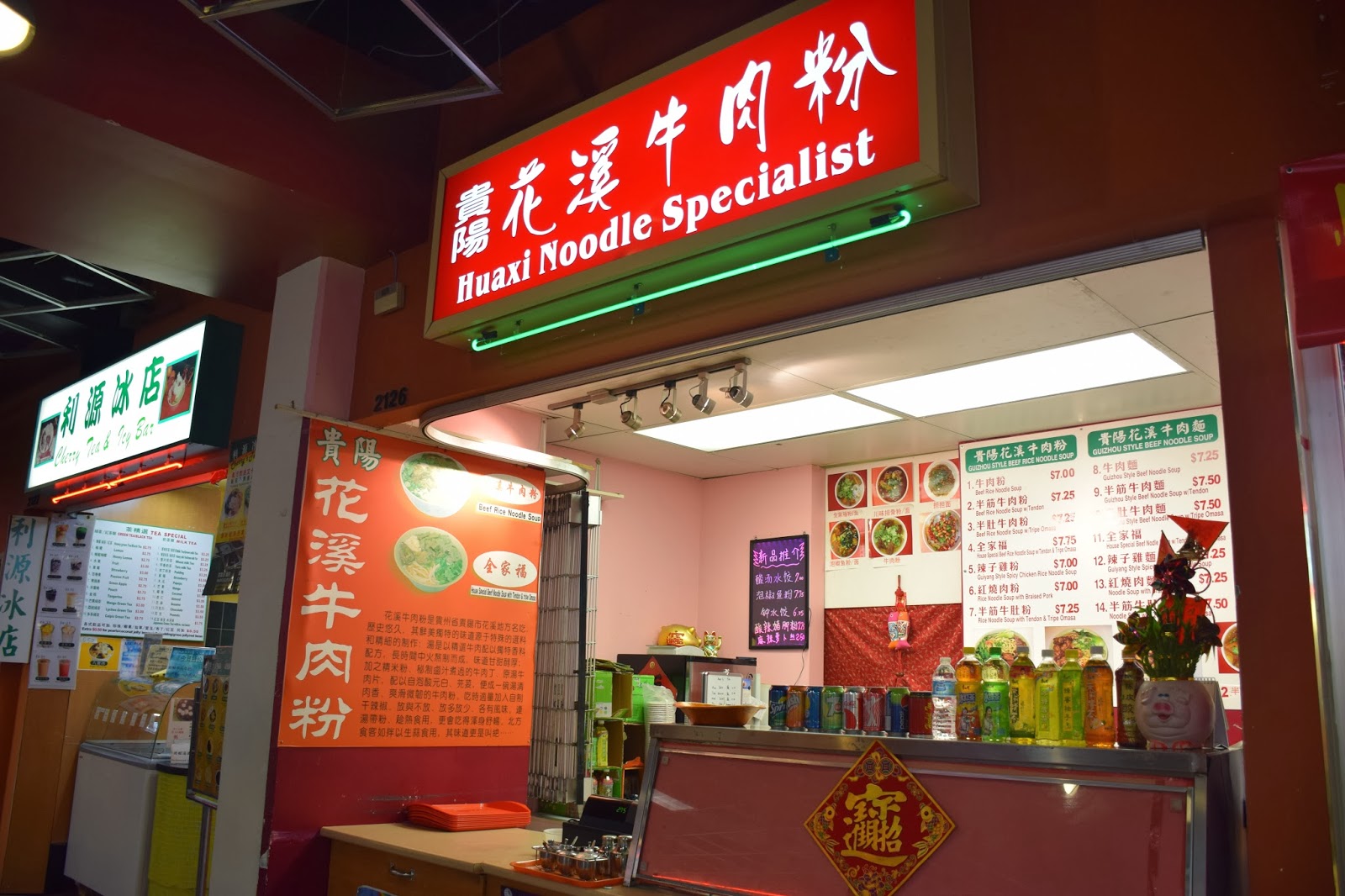 Hauxi Noodle Specialist is a vendor in the Crystal Mall food court specializing in authentic Chinese noodles. They offer a variety of Guizhou style beef, and chicken noodle soups. 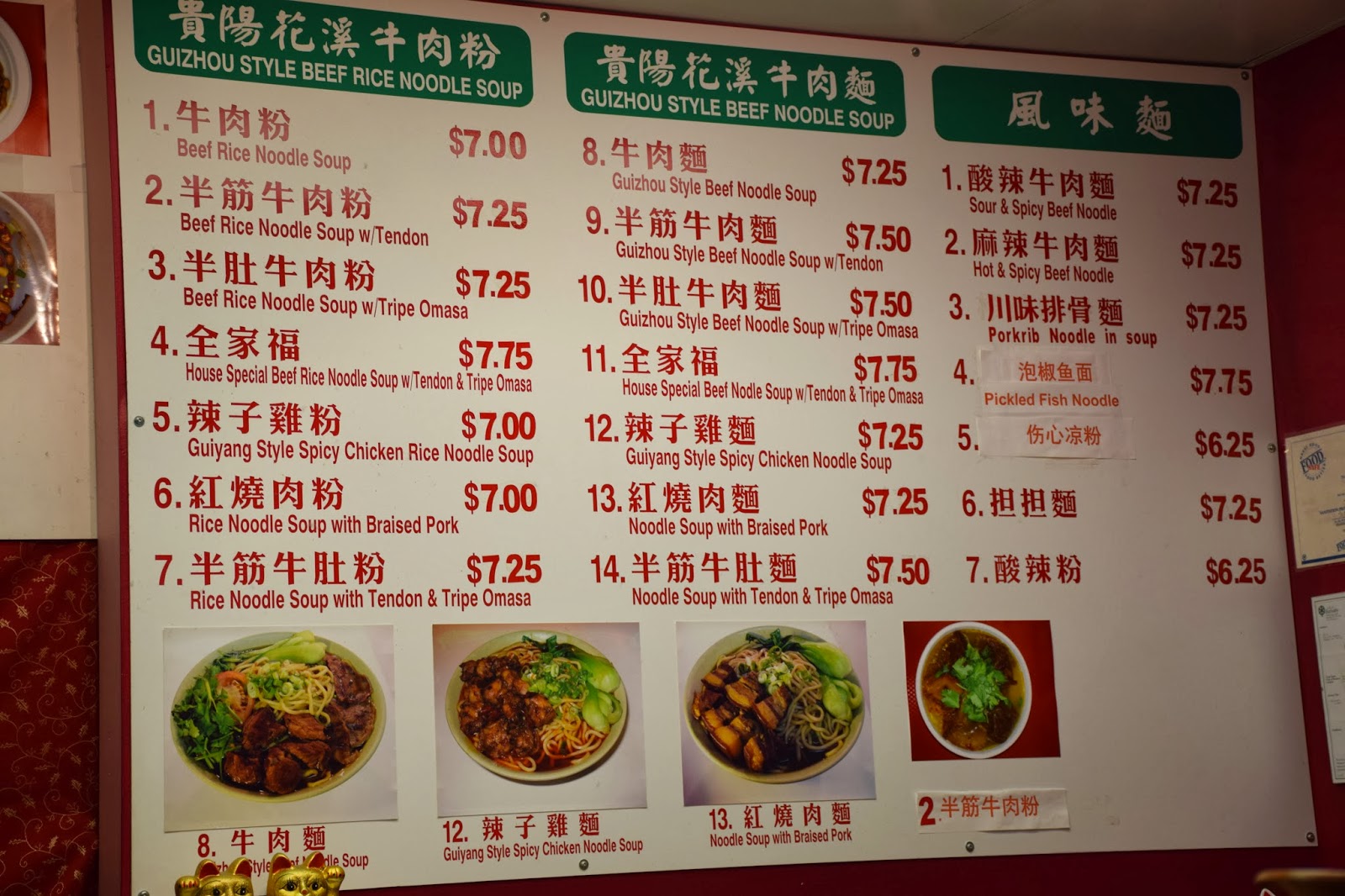 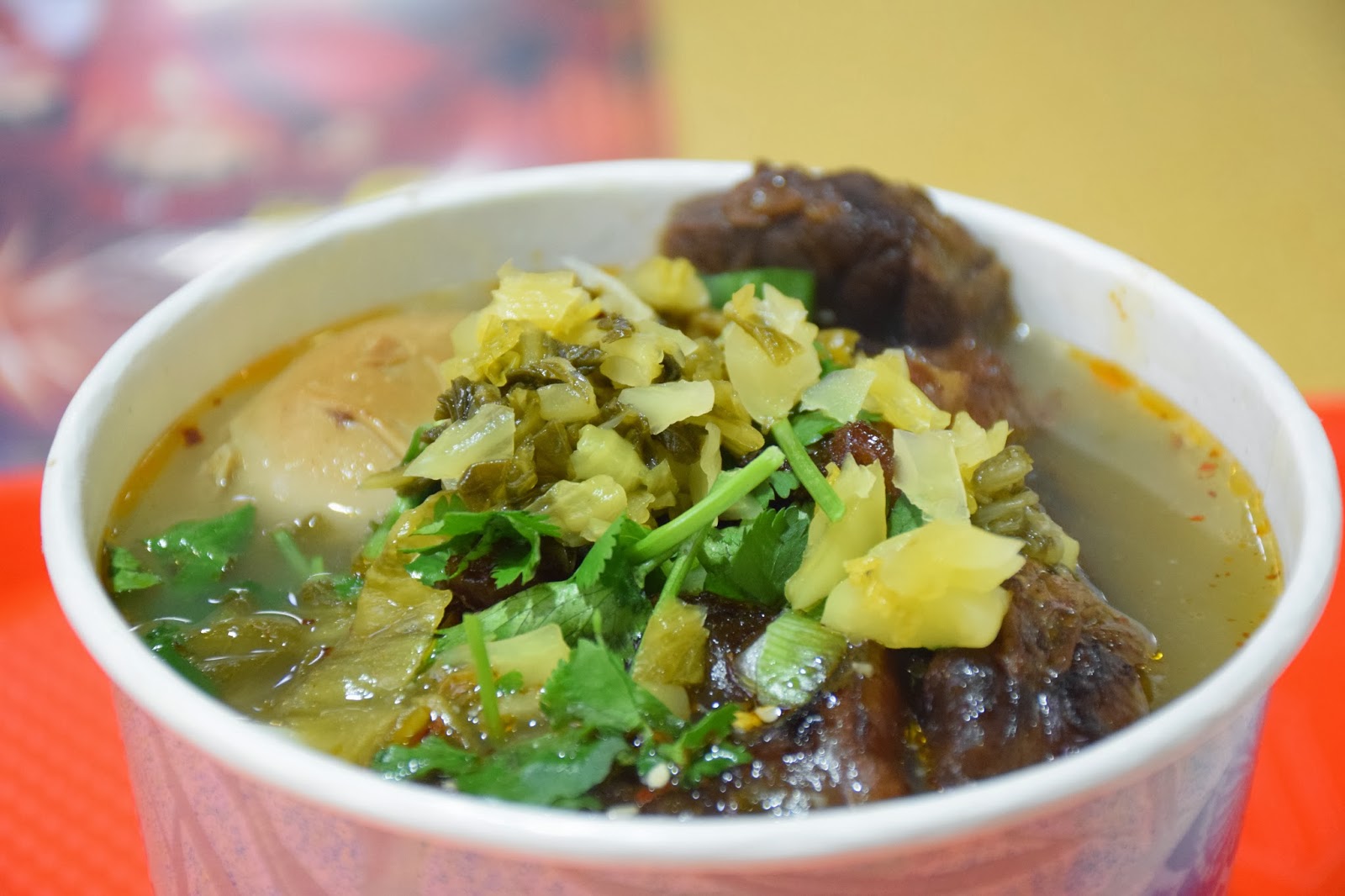 Guizhou Style Beef Noodle Soup w/ Tendon
4/5 stars
I ordered #9, which is . There were about 3 large pieces of Tendon and 2 pieces of lean meat. You also have the option to get rice or wheat noodles. I opted for the latter, as I prefer thicker noodles. You also get to choose your level of spiciness: mild, medium or hot. Knowing how spicy Chinese noodles can get, I chose the safest option, and opted for mild haha.I also added a boil egg on the side for an additional dollar. The portion size was very large, and enough to suffice for two meals. I ended up finishing the meat but still had 75% of noodles left over.

The noodles were garnished with cilantro and chinese sour cabbage. The tendon was very chewy, and had been well marinated. The beef wasn't too tough, and was rather juicy. The broth was actually a bit too mild for me, so I definitely get medium spiciness next time. The broth wasn't too salty nor oily, and had an undertone of Cha Zha sauce. You can tell that they don't use MSG, as the broth itself was rather lightly seasoned and I wasn't thirsty afterwards. 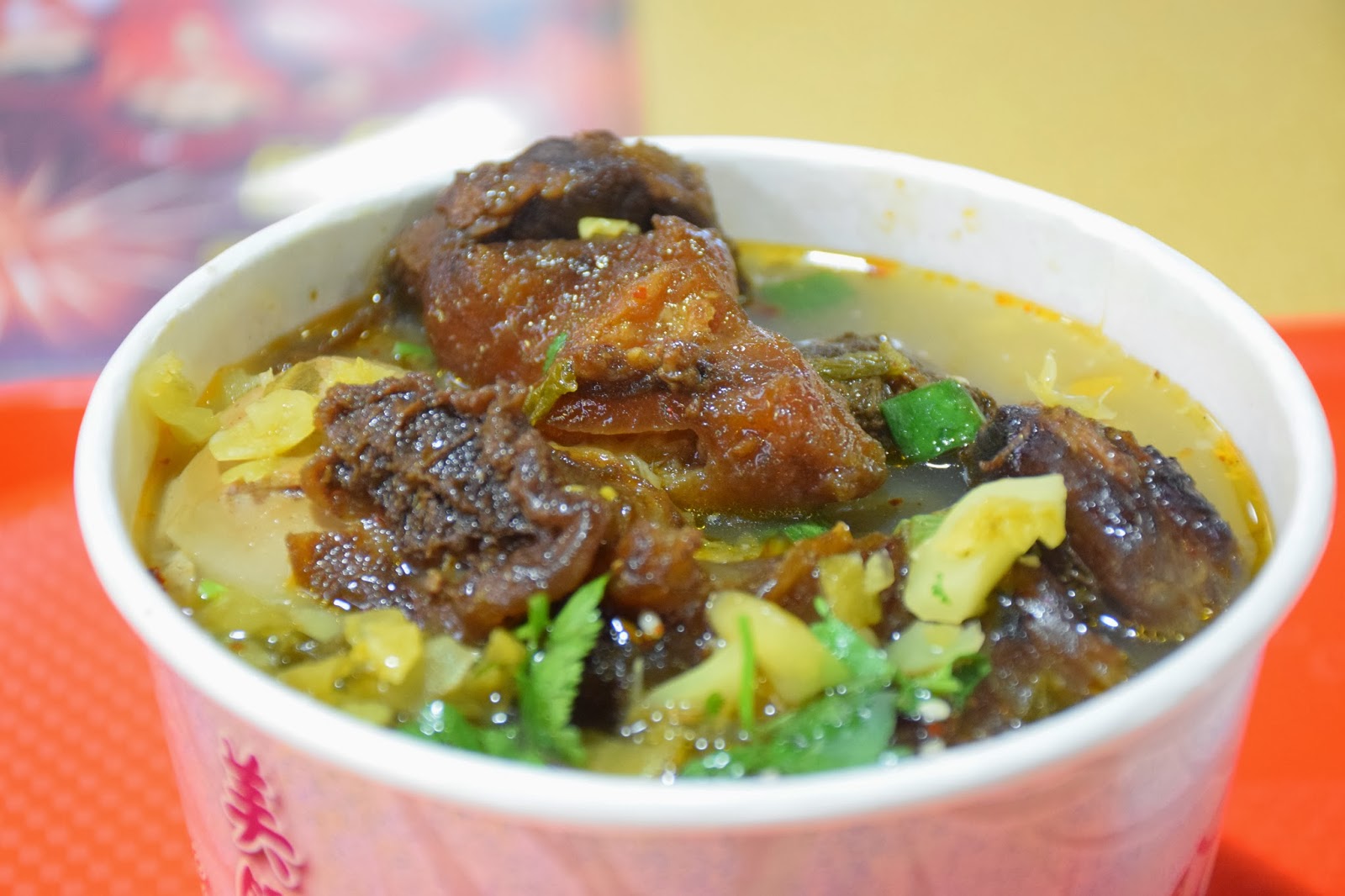