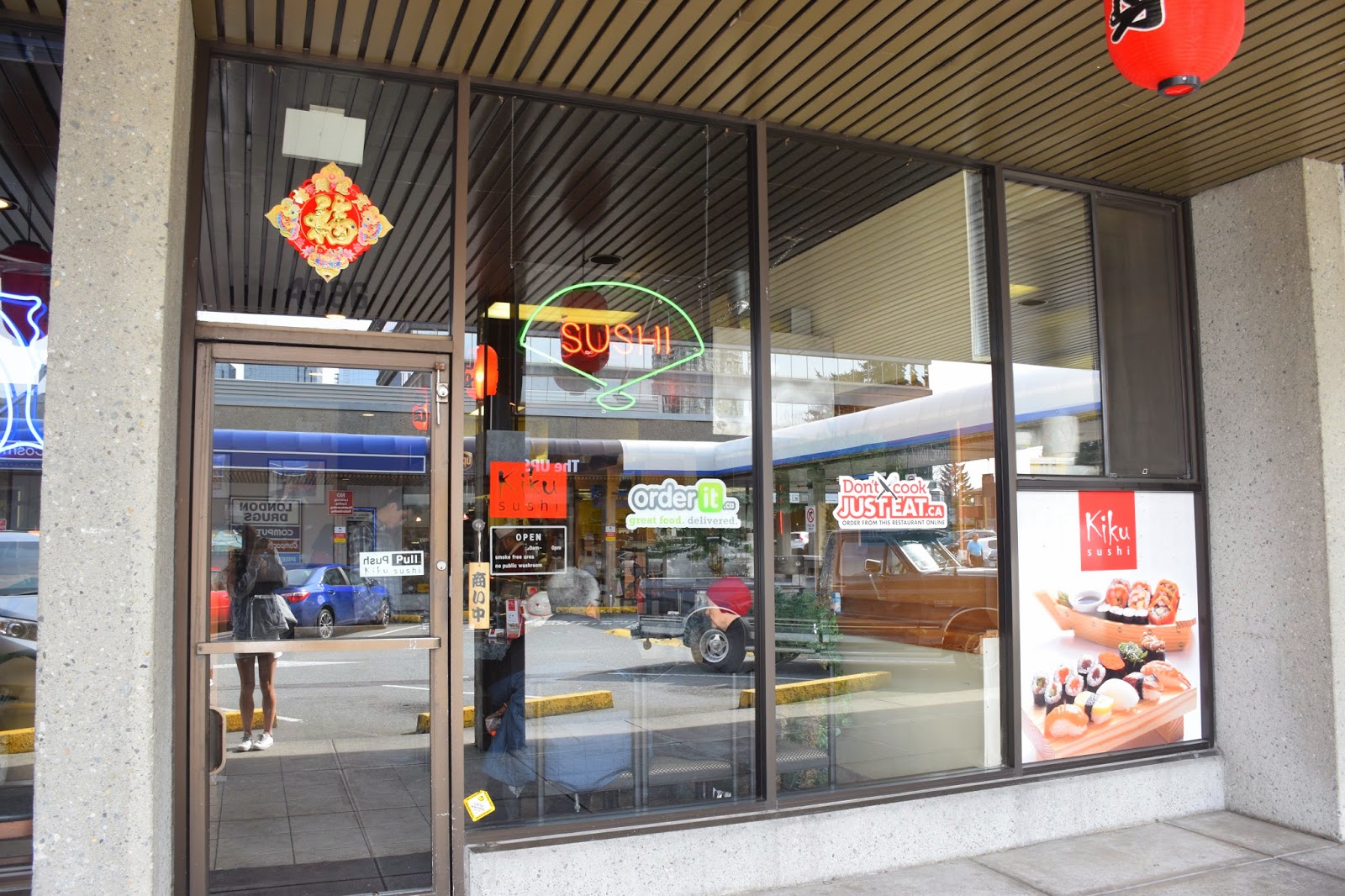 Kiku sushi is located on Kingsway in the same plaza as London Drugs and Canada Trust. For mid afternoon on a Monday, their turnover rate was quite high, with people walking in every 5 mins. Having switched ownership, Kiku is now run by people who speak Cantonese. 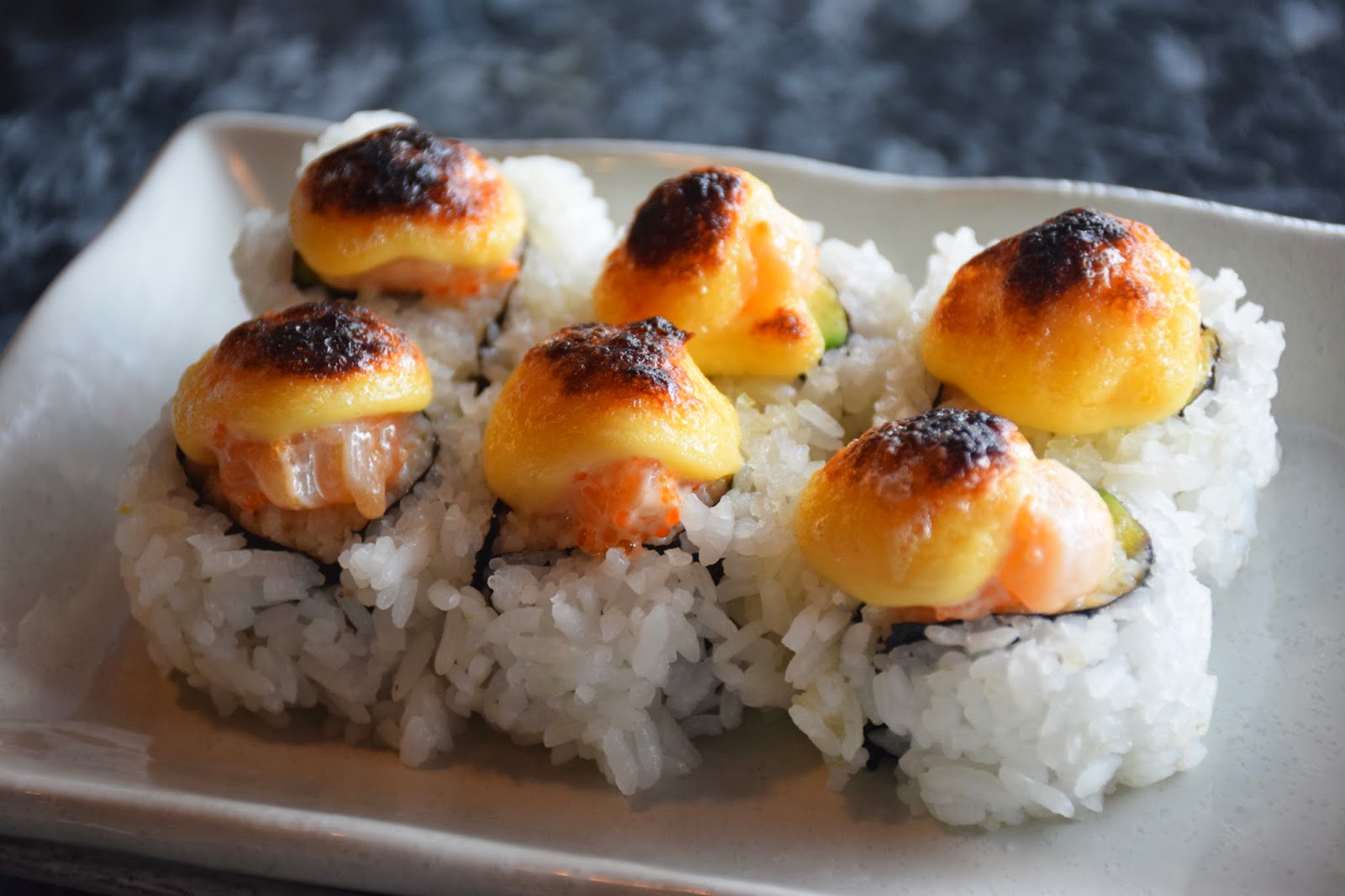 Winter California Roll
2/5 stars
This was the only reason that compelled me to go to Kiku Sushi haha. On Urbanspoon, yelp and foursquare everyone was raving about this roll! The winter california roll is topped with a scallops and a sweet mayo sauce that is then torched.
This was definitely one of those gimmicky foods where the presentation was better than the actual taste. The Japanese mayo itself was tangy and sweet and had charred flavour to it, having being torched, however the flavours didn't mesh well with the california roll.
In Japanese restaurants, there are usually two kinds of imitation crab meat. One of a firmer variety and another of a mushier, creamier variety. Kiku's imitation crab meat was of the latter variety. I felt that it could have worked better if the crab meat was of the firmer variety, to add some contrast, because the mayo on top just made the roll too mushy. 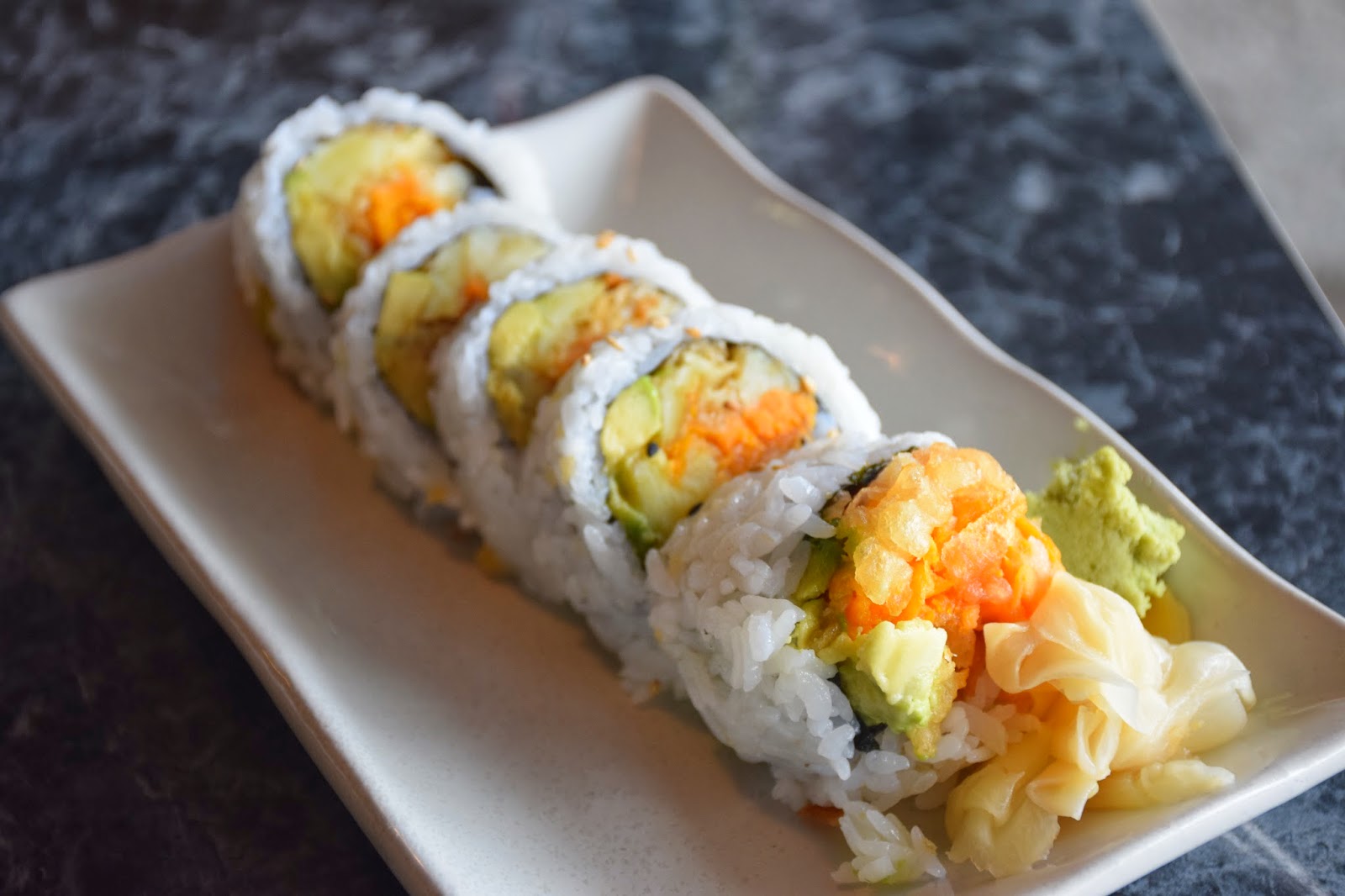 Yam Tempura Roll
1/5 stars
Considering it only cost $3.95, the portion size was huge! Unfortunately, the price was reflective of the taste. This was the worst (if you don't take into account food court sushi) yam tempura roll I've ever had. The tempura batter was soggy and had absolutely no flavour. The yam had a strange chalky and gritty texture. 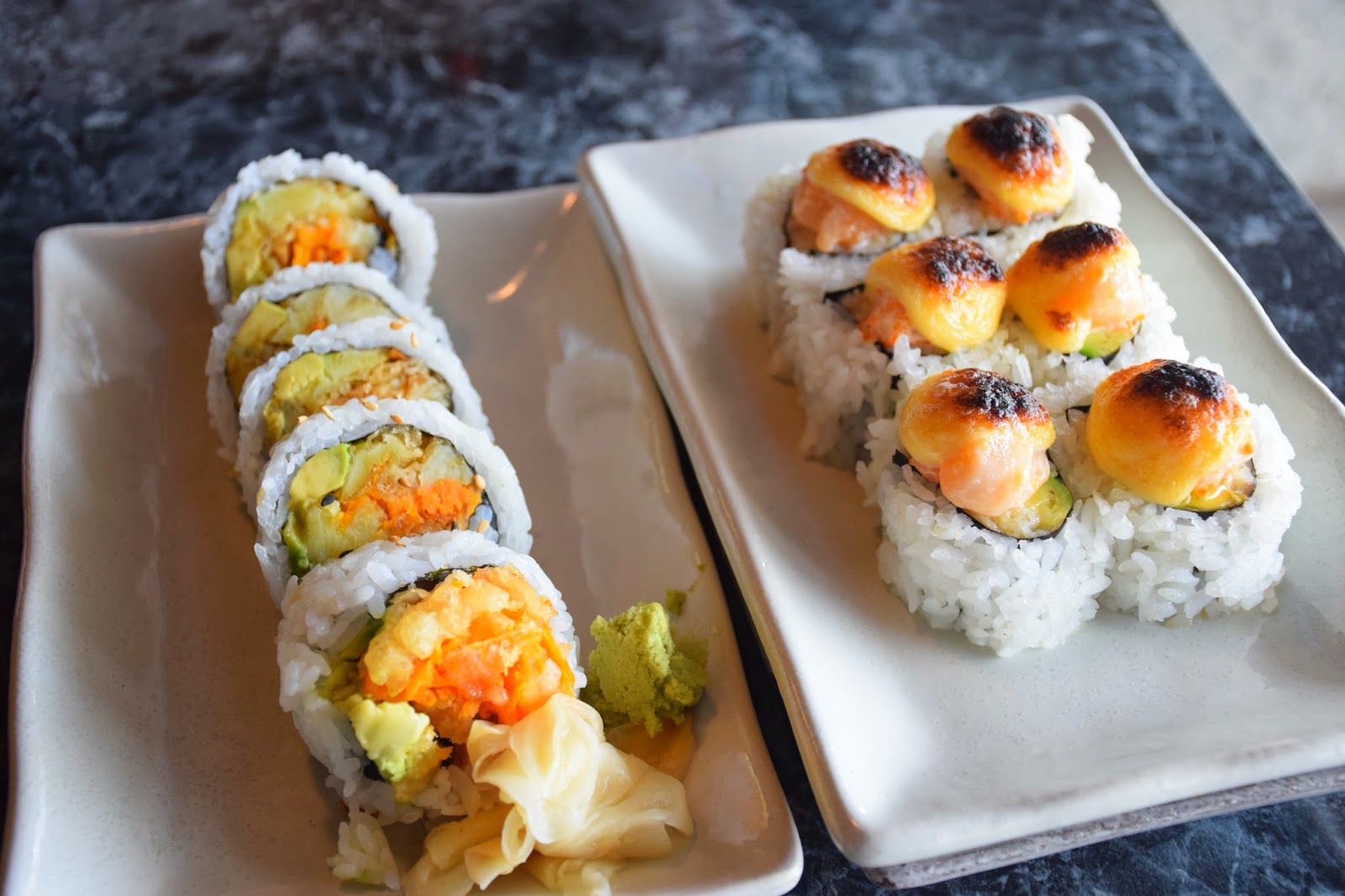 Overall, my meal at Kiku was a disappointment and left much to be desired. If you're looking for great sushi on Kingsway, I would recommend Sushi Oyama or Isami Sushi (both which I've reviewed.)