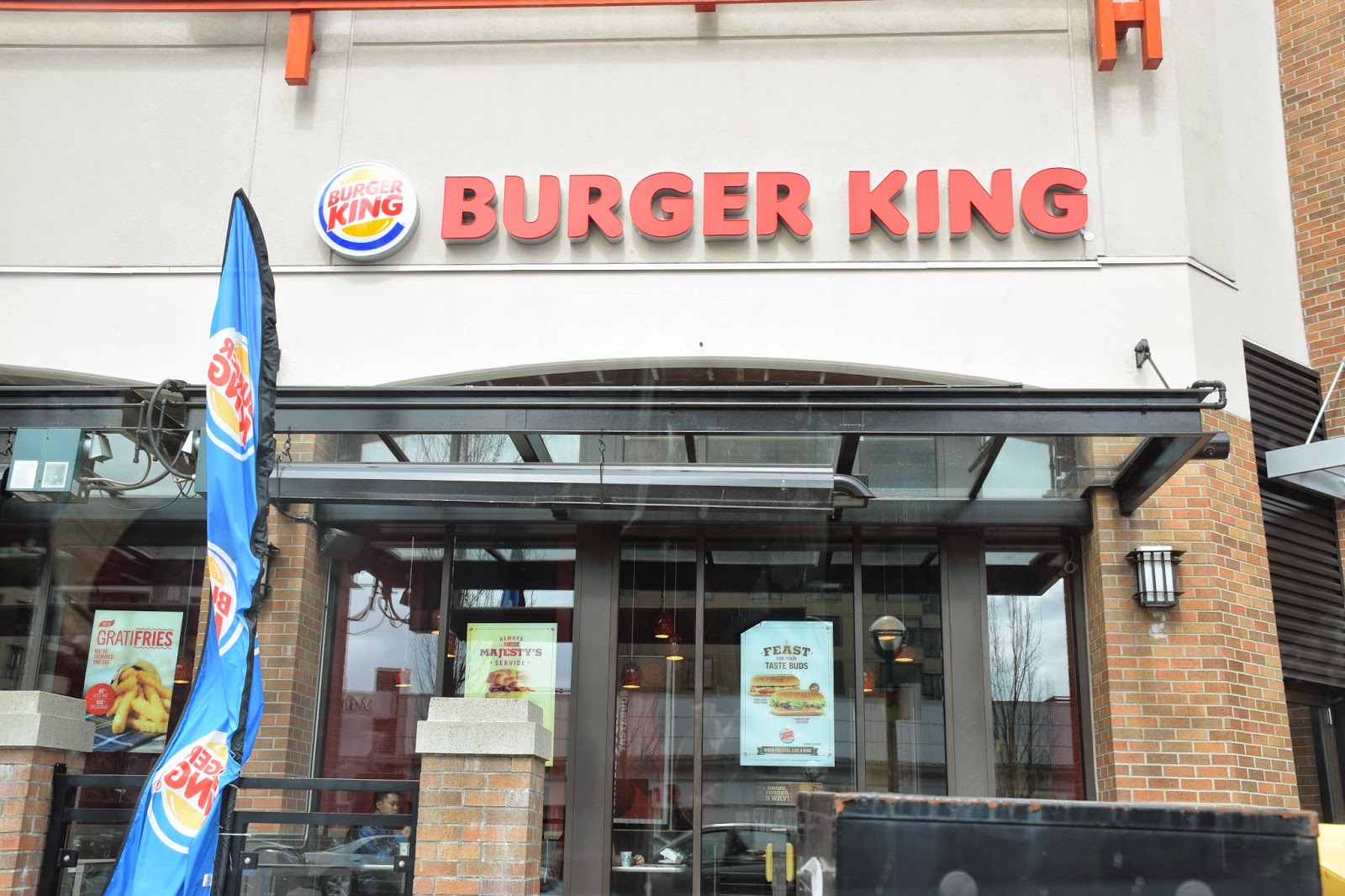 I know what you're thinking, why am I reviewing Burger King? Well, I try to take an as non pretentious approach to food as possible. Food is food, and it doesn't matter what kind of establishment it's being served in: be it a food court, street cart or five star restaurant, I'm going to blog about it! 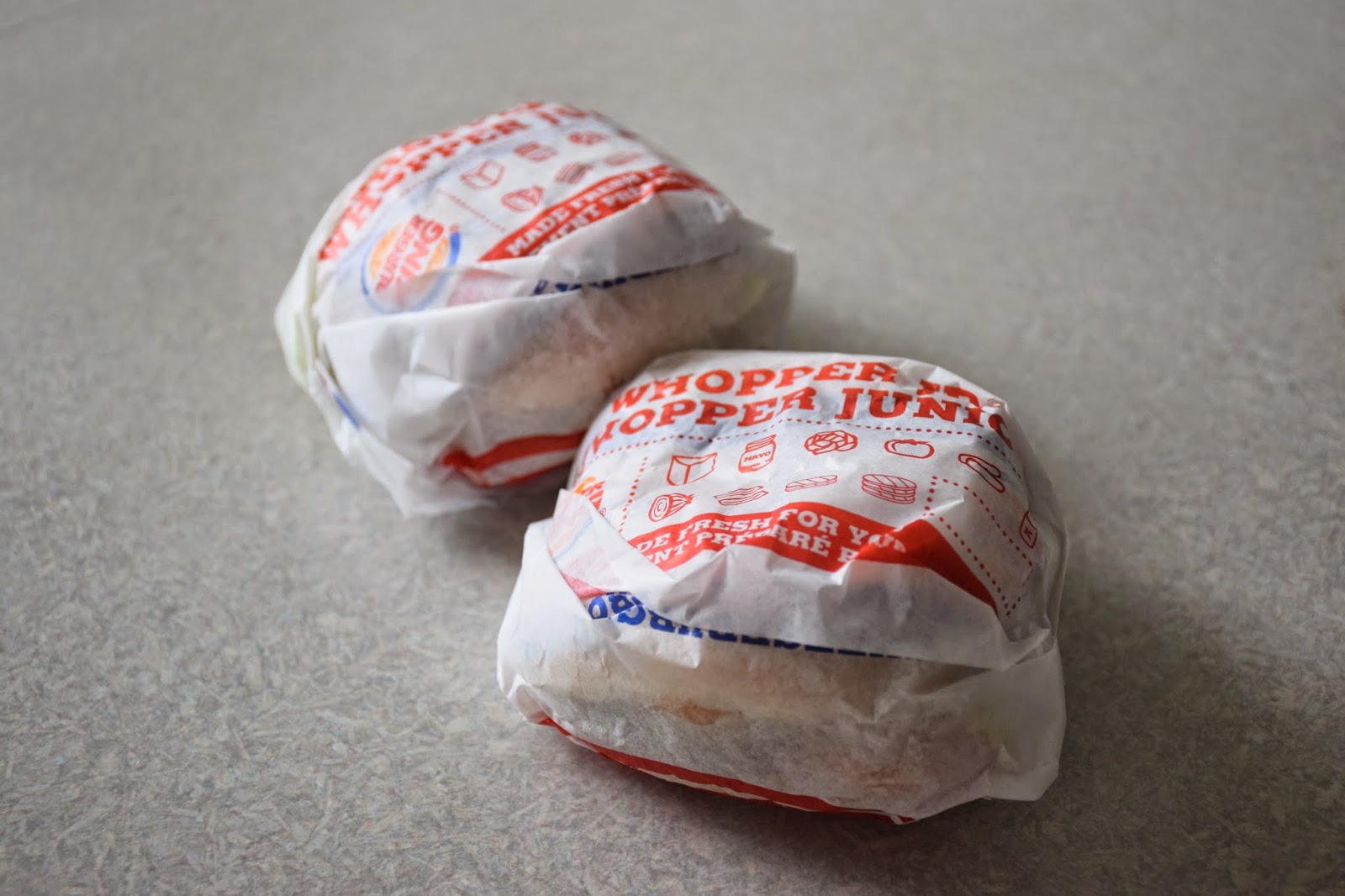 Burger King has their King deals going on right now, with a dozen menu items for only $1.38! My dad is really keen on the king deals haha, he always grabs two of the Whoppers Jrs for lunch! 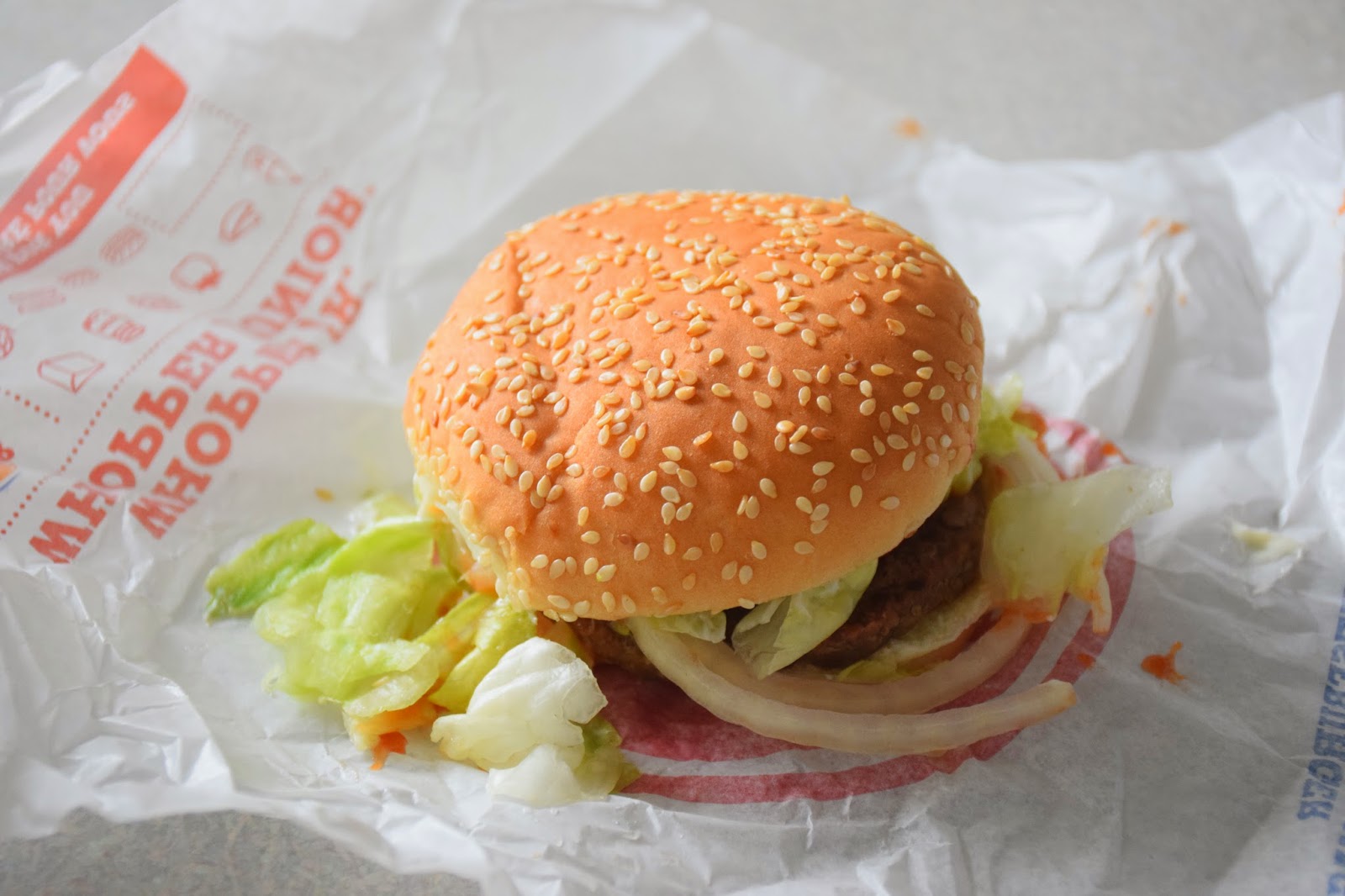 3/5 stars
You know what Burger King? I'm rather impressed. For $1.38, this isn't too shabby. It's actually a lot better than McDonalds. Yes, ALOT better. Just look at the abundant amount of sesame seeds on that plump looking bun! Seriously McDonald's buns look pathetically deformed and squashed.
There were ample amounts of lettuce,onions and a piece of tomato too! The meat patty wasn't too dry, and was rather flavourful. Obviously it's not the best burger at Burger King, but if you're looking to pinch some pennies, this will suffice! 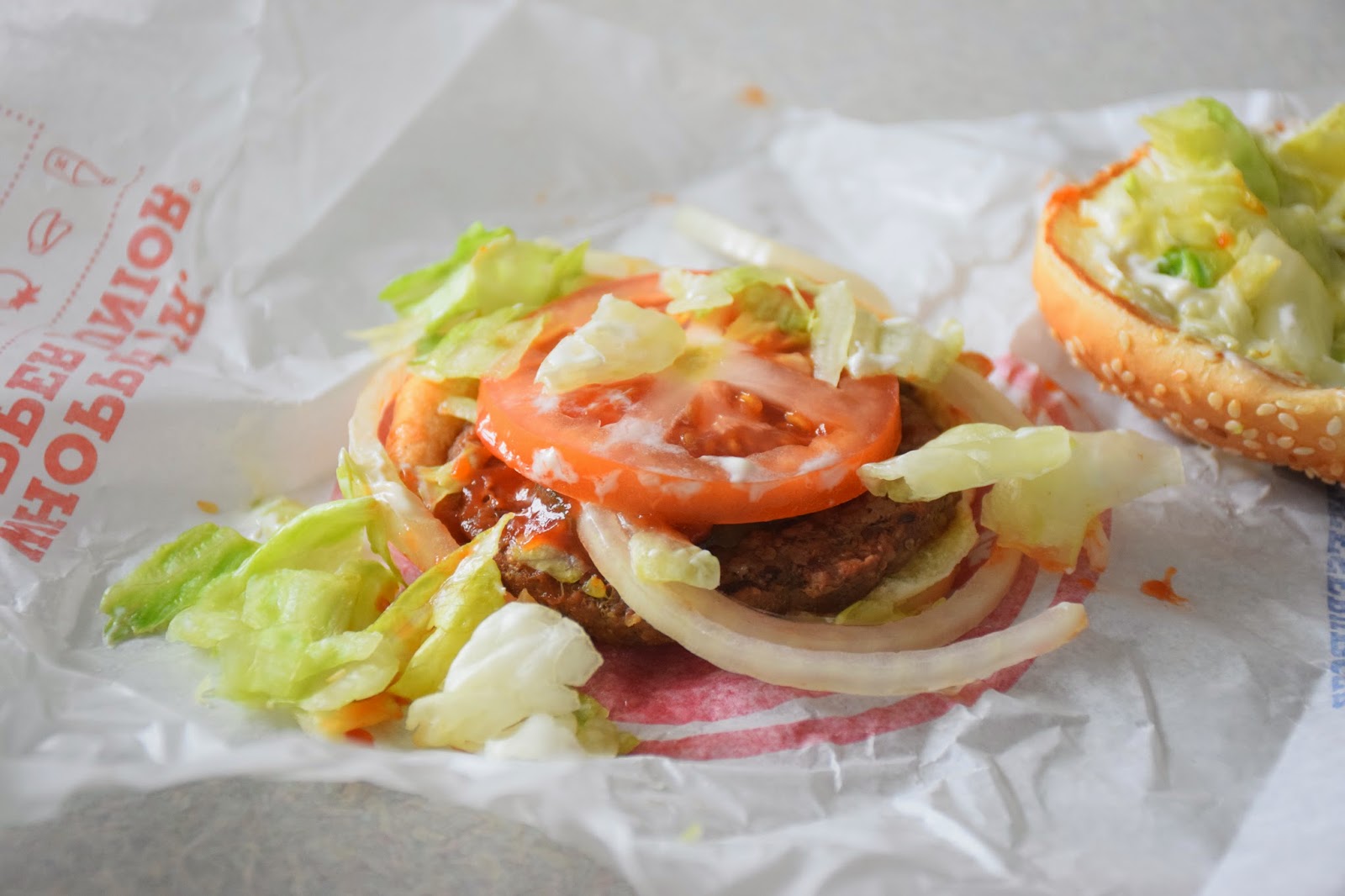 Is it just my photography skills (jk) or does this actually look pretty good? 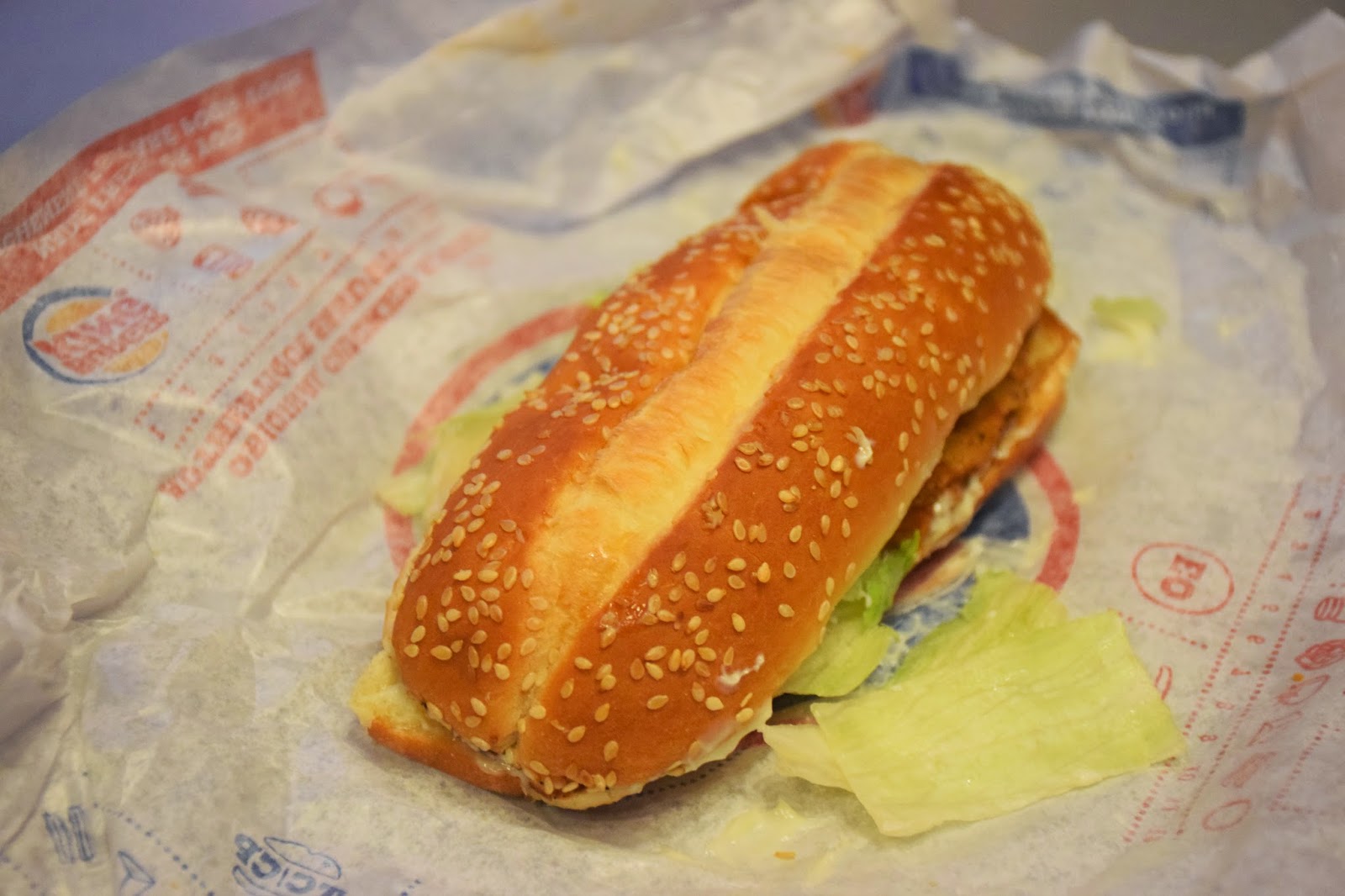 2/5 stars
On another occasion we had coupons for a buy one get one free deal so we got 2 chicken burgers and 2 fish burgers. The chicken burger was actually served on a hot dog type of bun, which was different. I like how the bun was toasted more to give it more texture. The chicken itself was chewy and was very heavy on the pepper. 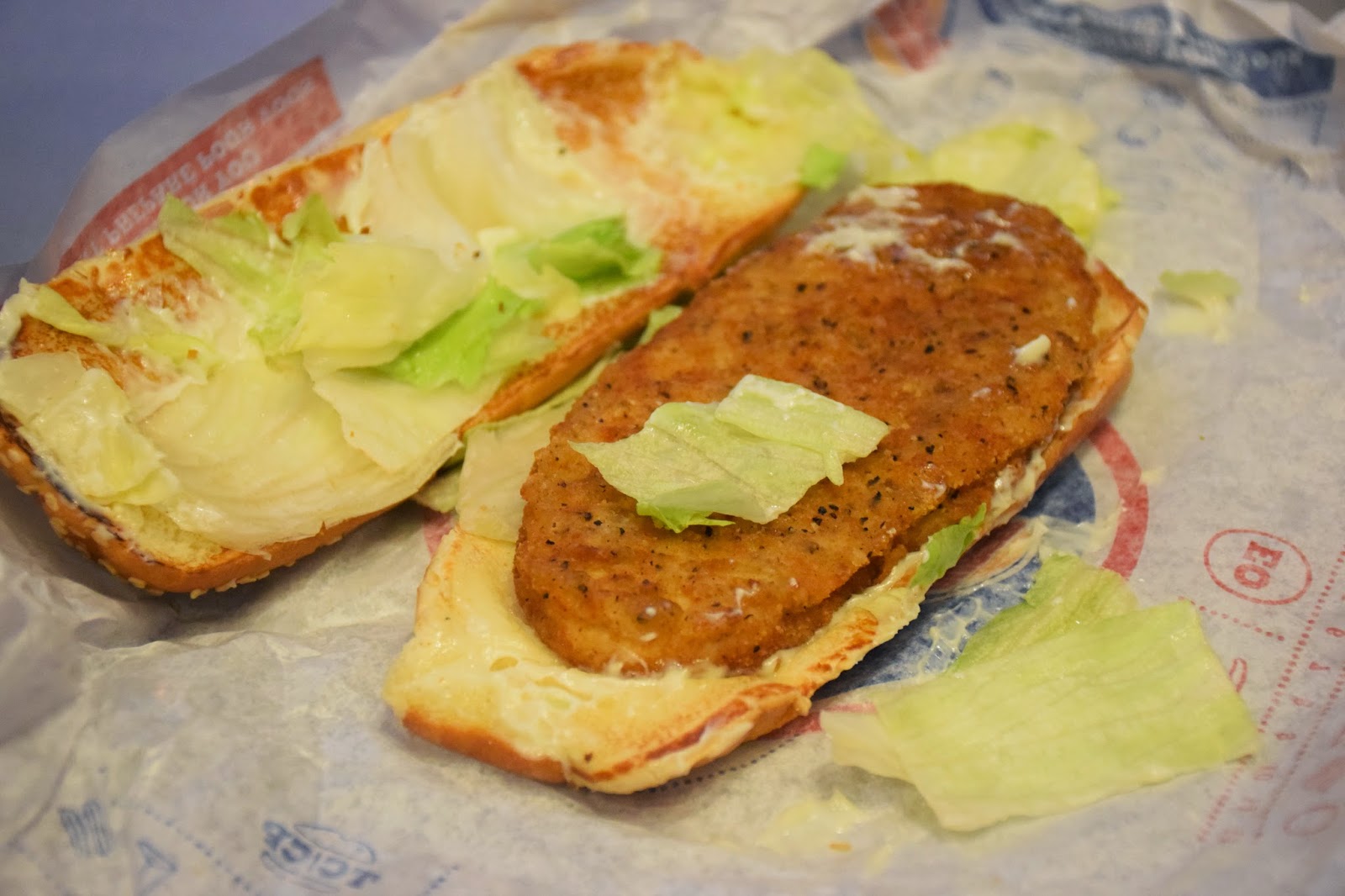 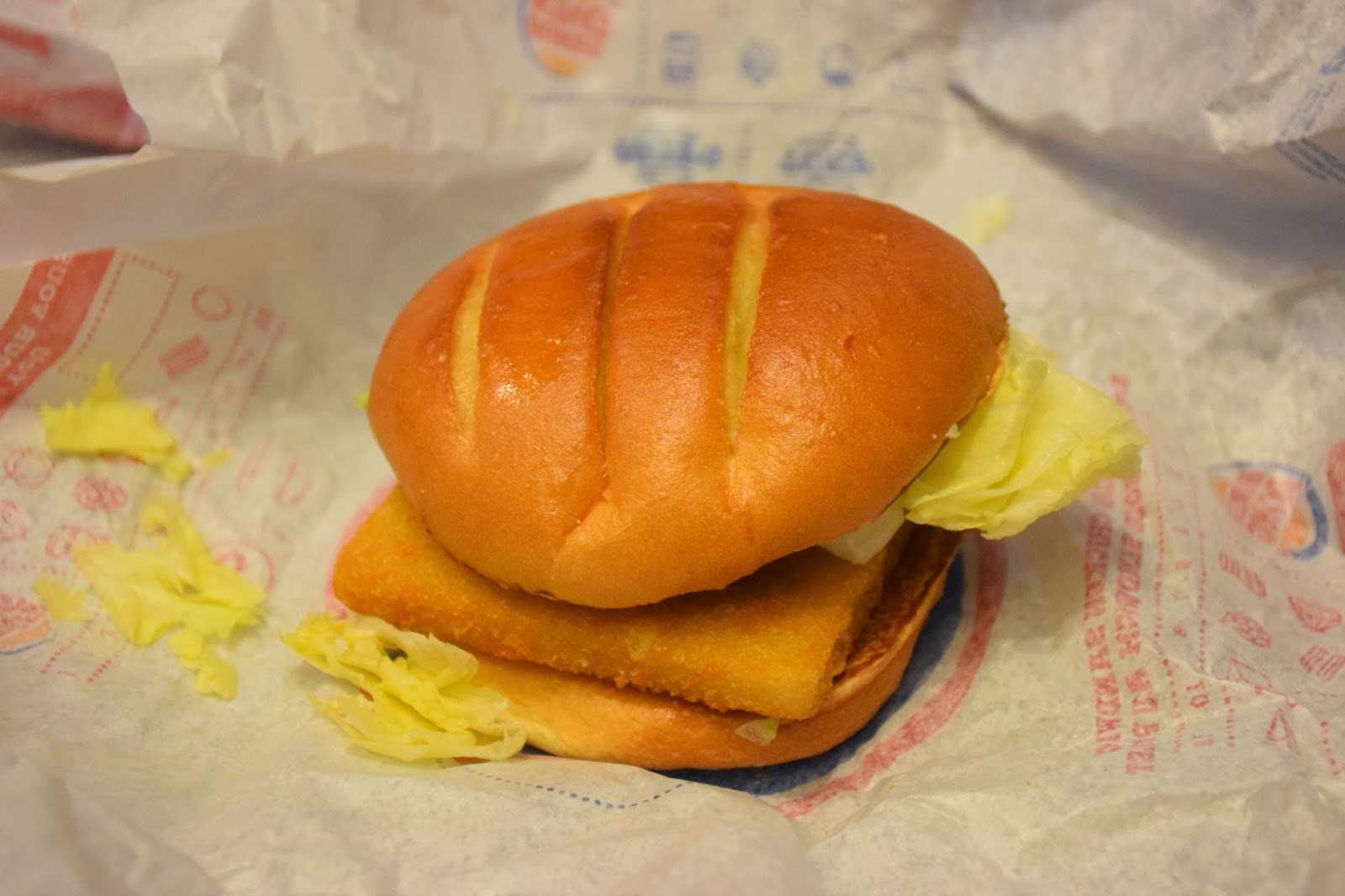 3/5 stars
This was actually pretty good! Better than a Fish o Fillet, that's for the sure. The griddle marks were a nice touch. The bun was actually suspiciously yellow in colour. The fish fillet was lightly battered and crispy. It was decently moist on the inside and wasn't too salty. I actually like this burger, and would order it again. 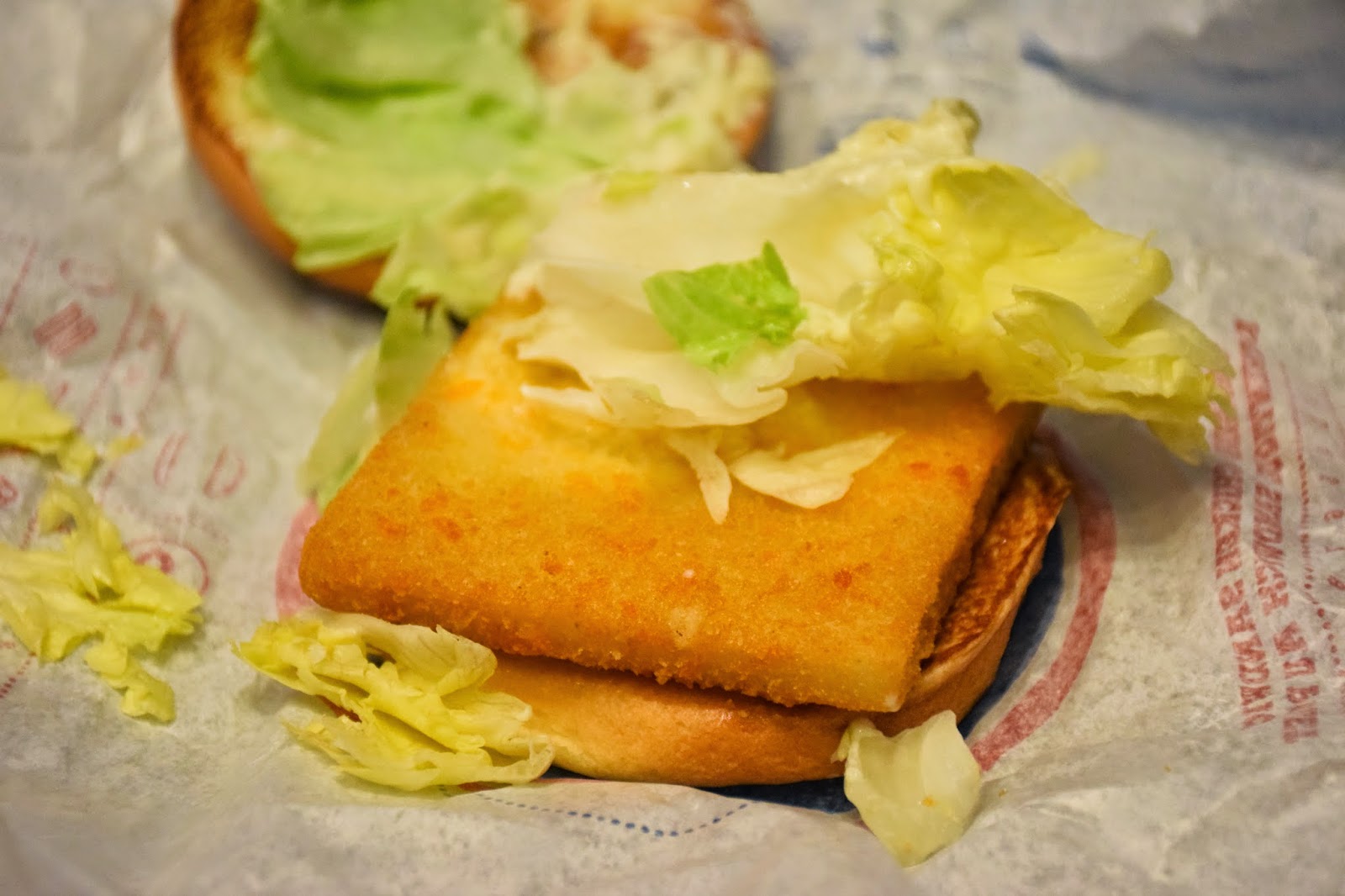 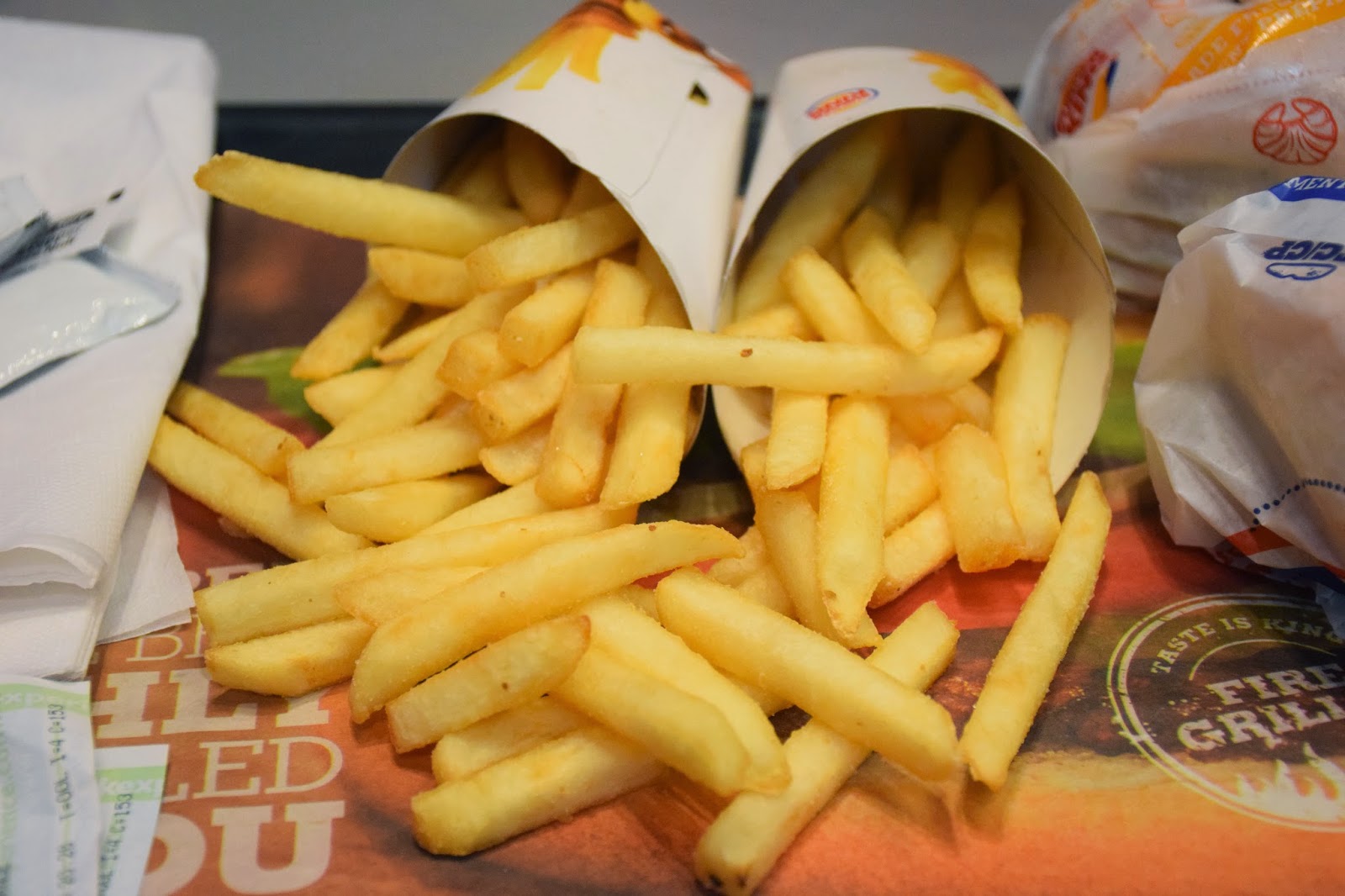 For 4 large sized burgers we spent a mere $8.50 after tax! The king deals are already great, and if you have a coupon, its even cheaper!