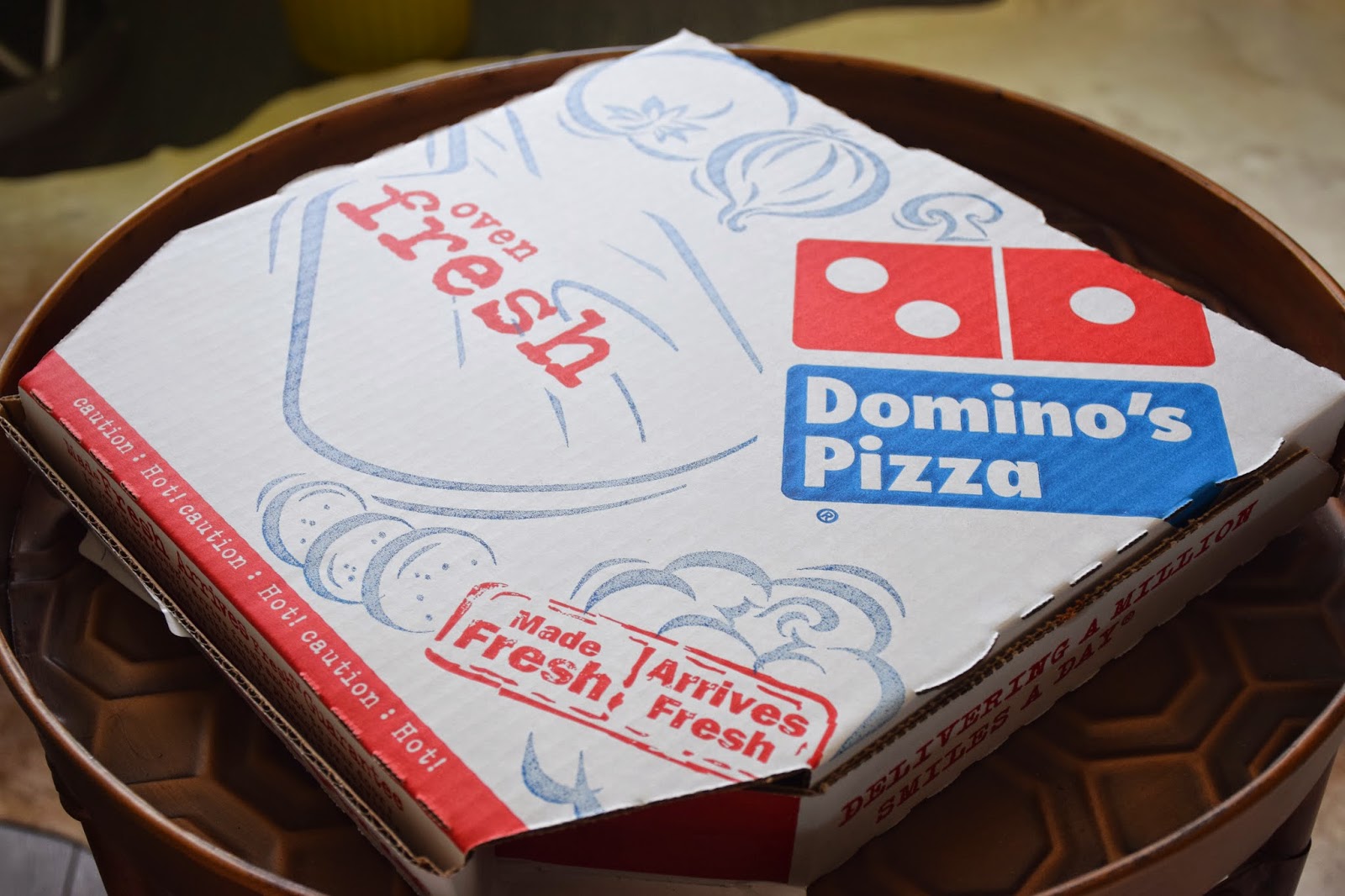 A lazy day at home calls for home pizza delivery! I made a order online but it took them over an hour to deliver it to my house. I called in to ask and the manager gave me 30% off my order, which equates to about $3. The pizza ended up being $14 for a medium. 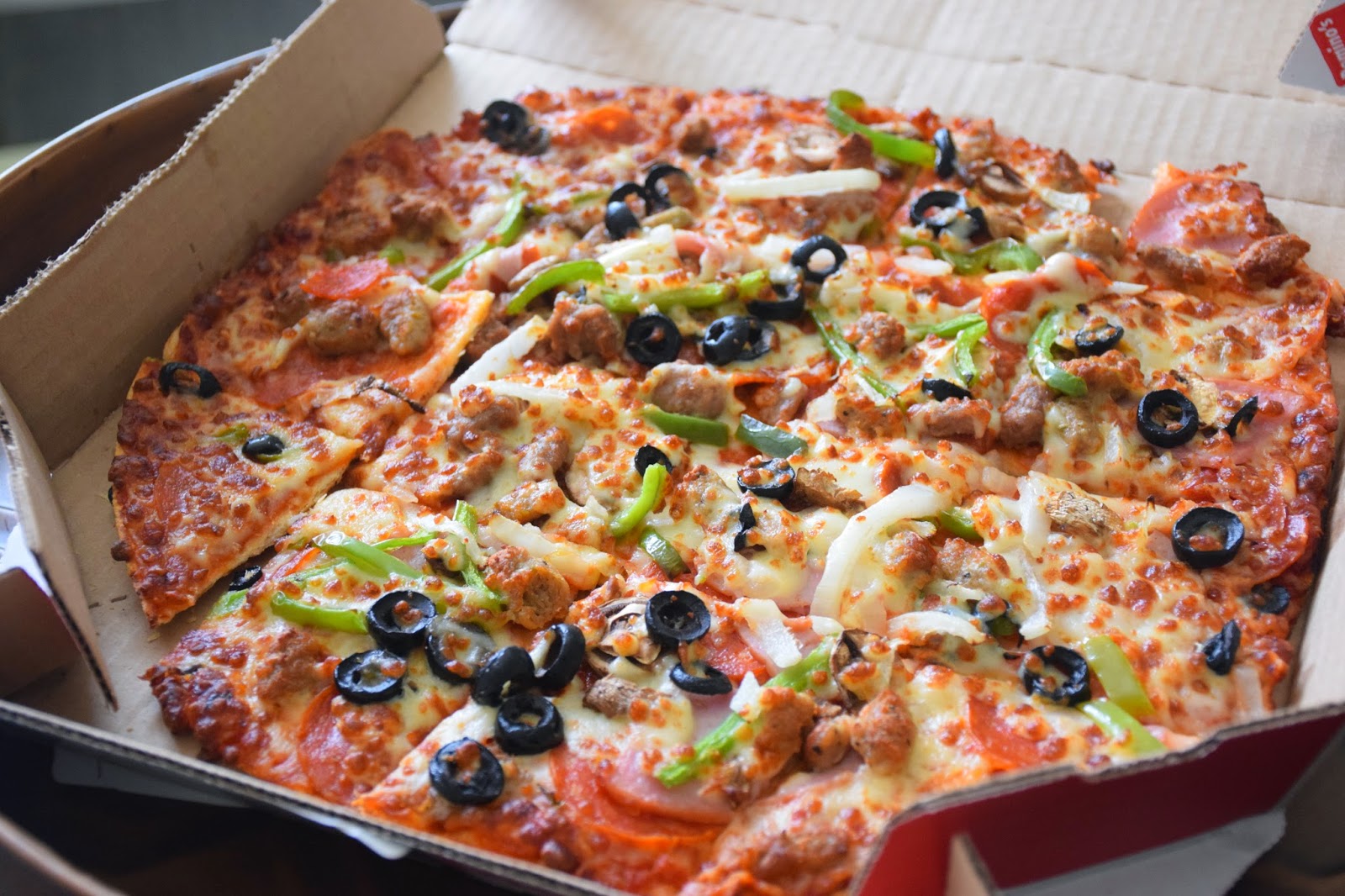 The "Extravaganzza" Pizza 3/5 stars
I ate this entiremedium pizza by myself. Yes, I was that hungry haha. I ordered a thin crust, so it actually wasn't that filling! I don't think I would have been able to finish it if it were the regular crust haha.
This was pretty good! There were three kinds of meat: pepperoni, ham, and Italian sausage. There were also a substantial amount of green peppers and olives. This was advertised as having extra cheese, but honestly, it was lacking in the cheese department. However, I really did enjoy the crust, as it was crispy, crunchy and had a charred flavour.