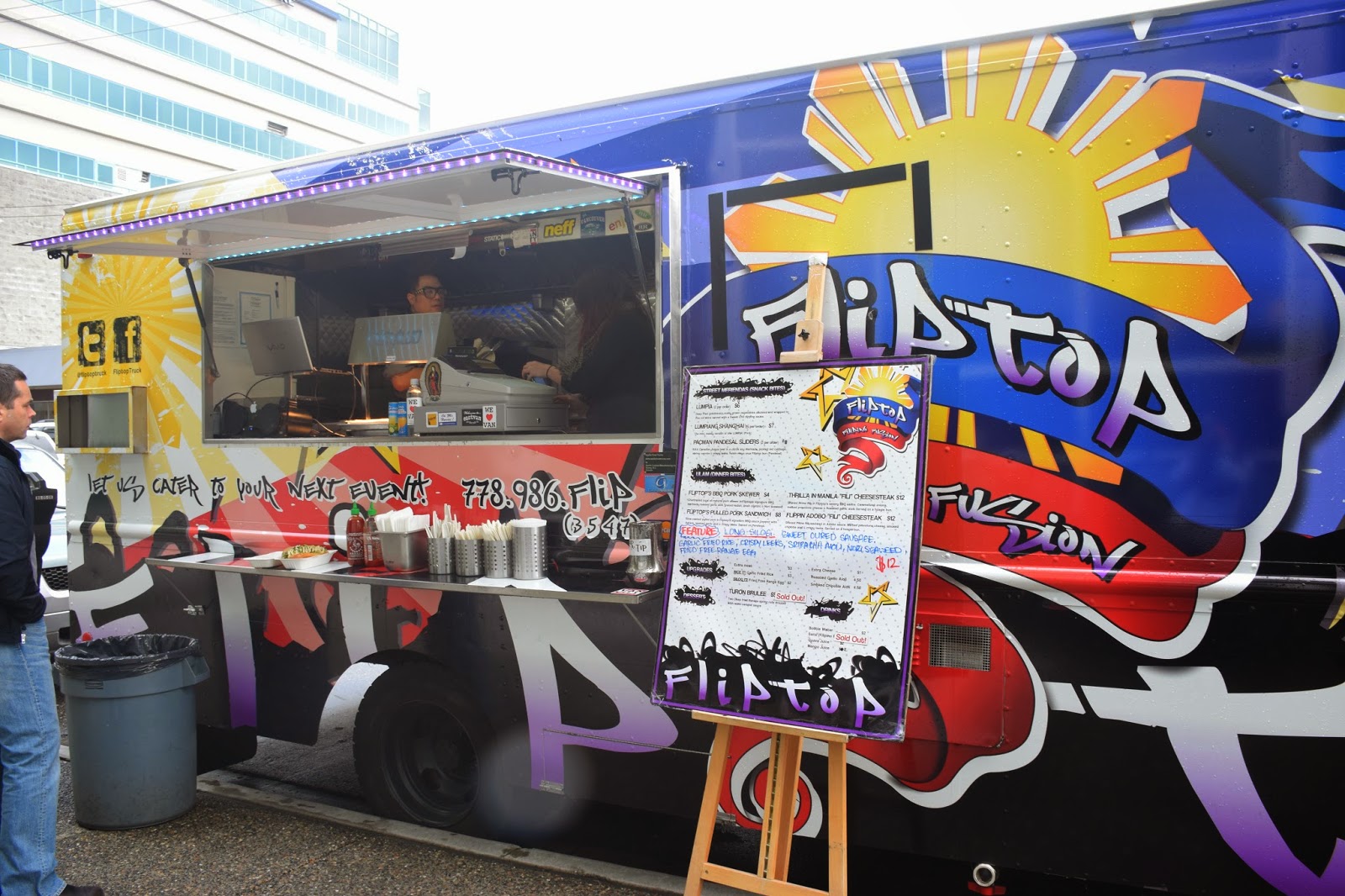 New Food Cart alert! As we were driving down to the parkade in Whole Foods, I noticed a bright grattifi laden truck parked outside of Whole Foods. Could this be a new food truck? To my delight, it was! Fliptop is a food truck serving up Filipino Fusion asian cuisine! I'm always intrigued by fusion dishes, as you never really know what to expect, so I knew I had to try out Fliptop for lunch! 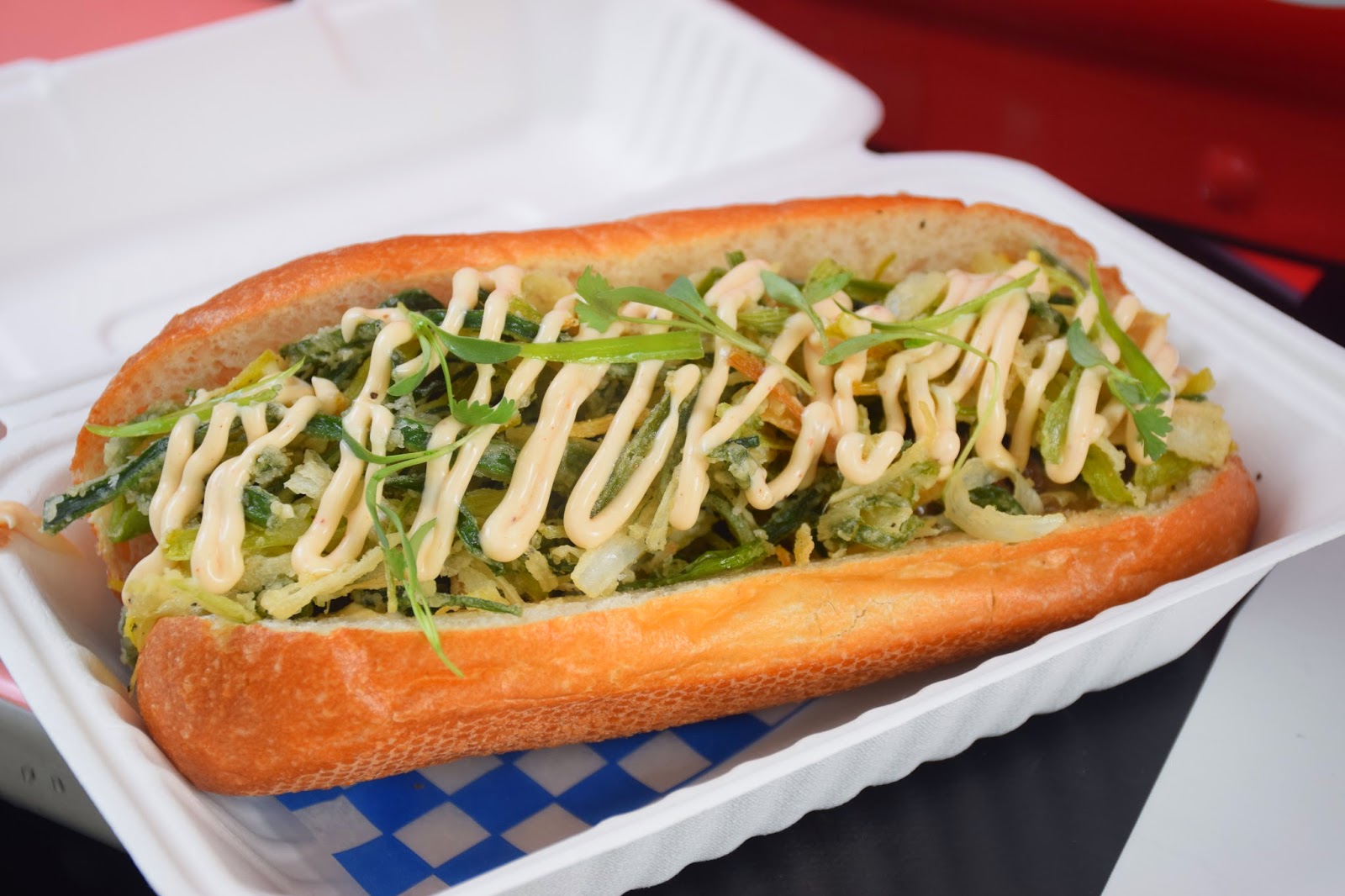 4.5/5 stars
I asked the girl working there which item she would recommend, and she pointed me to the Thrilla in Manila "Fili" Cheesesteak! I was a little hesitant, as this was quite pricey at $12 but WOW, I was not disappointed. This was AMAZING. It was probably the best thing I had consumed the entire month! Fusion food can either be a hit or miss, but this was a definite HIT!

Every element of this dish was executed very well. The caramelized onions combined with the Roasbed garlic aioli sauce was a flavour explosion in your mouth. I had no words.There was so much crunchy onions that it was never ending. The prime rib was tender, smokey, and had been well marinated, and was coated with delicious provolone cheese, that had been fully melted. The Hoagie bun wasn't too dense, and was incredibly flaky and crunchy.