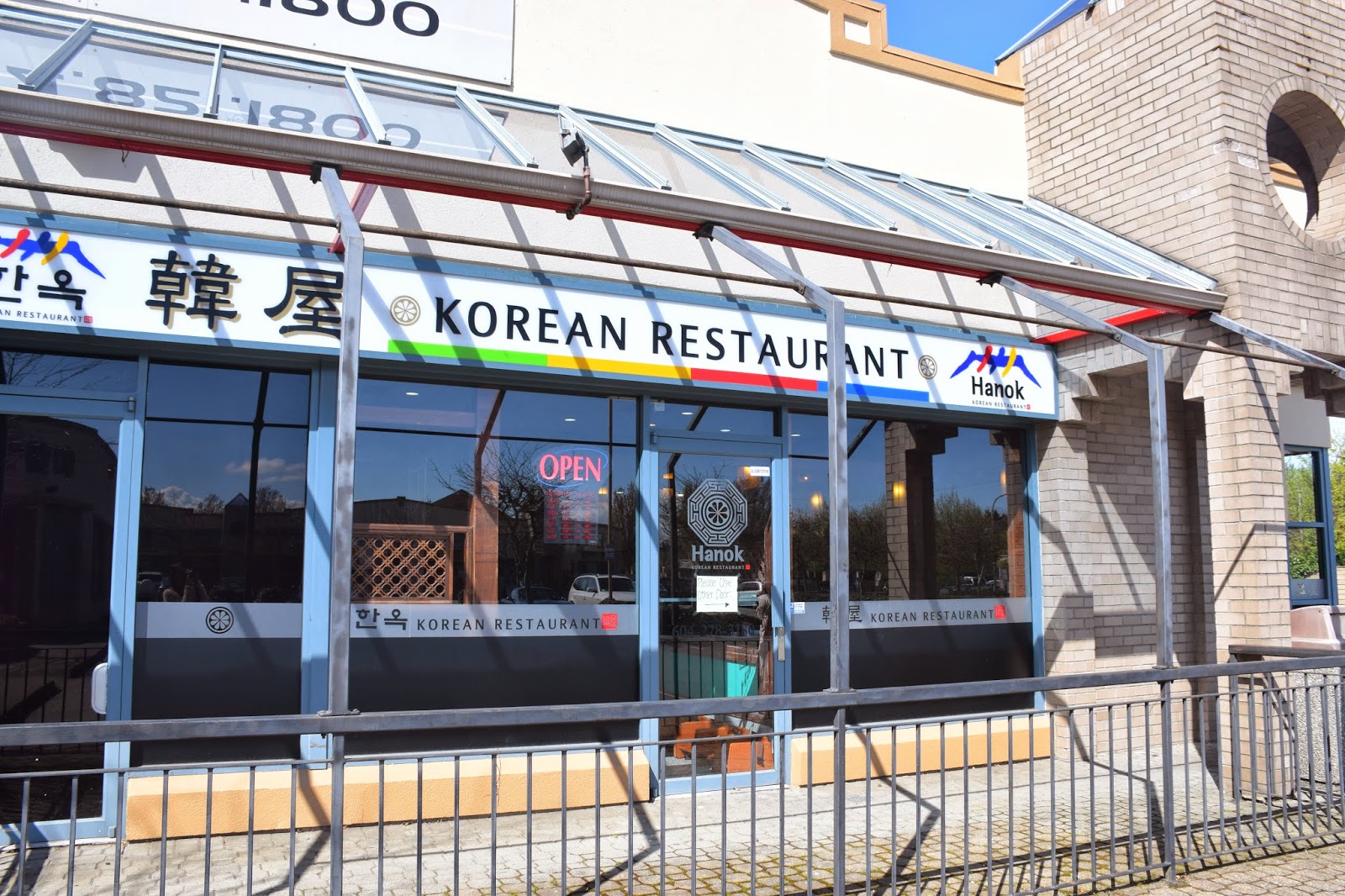 Hanok is a fairly new korean restaurant located on Alexandra Road. They offer a ton of lunch specials for under $9! The ambience is actually really nice, with wood panelling throughout, and high ceilings. 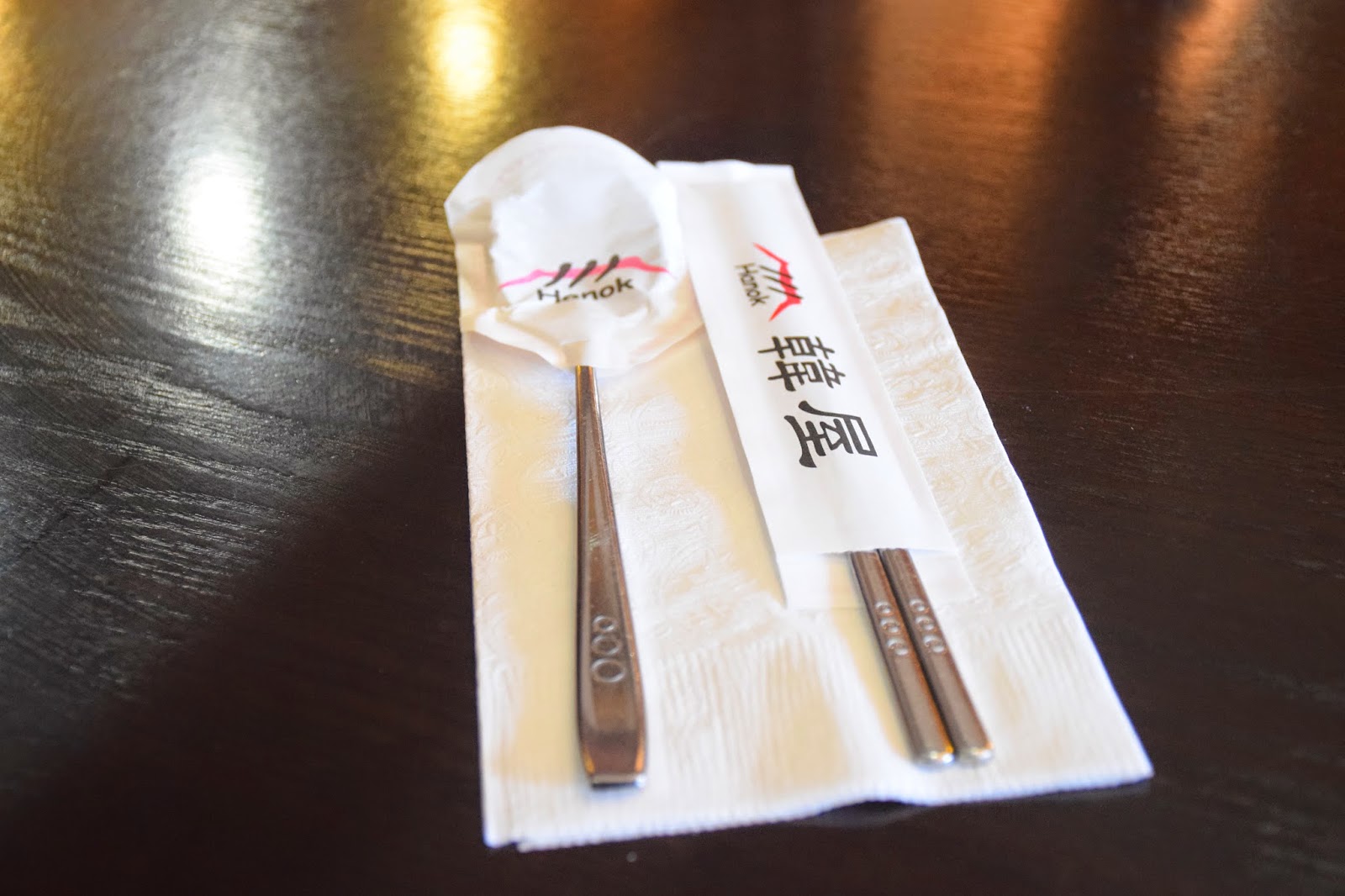 The personalized utensil wrappers are a nice touch! 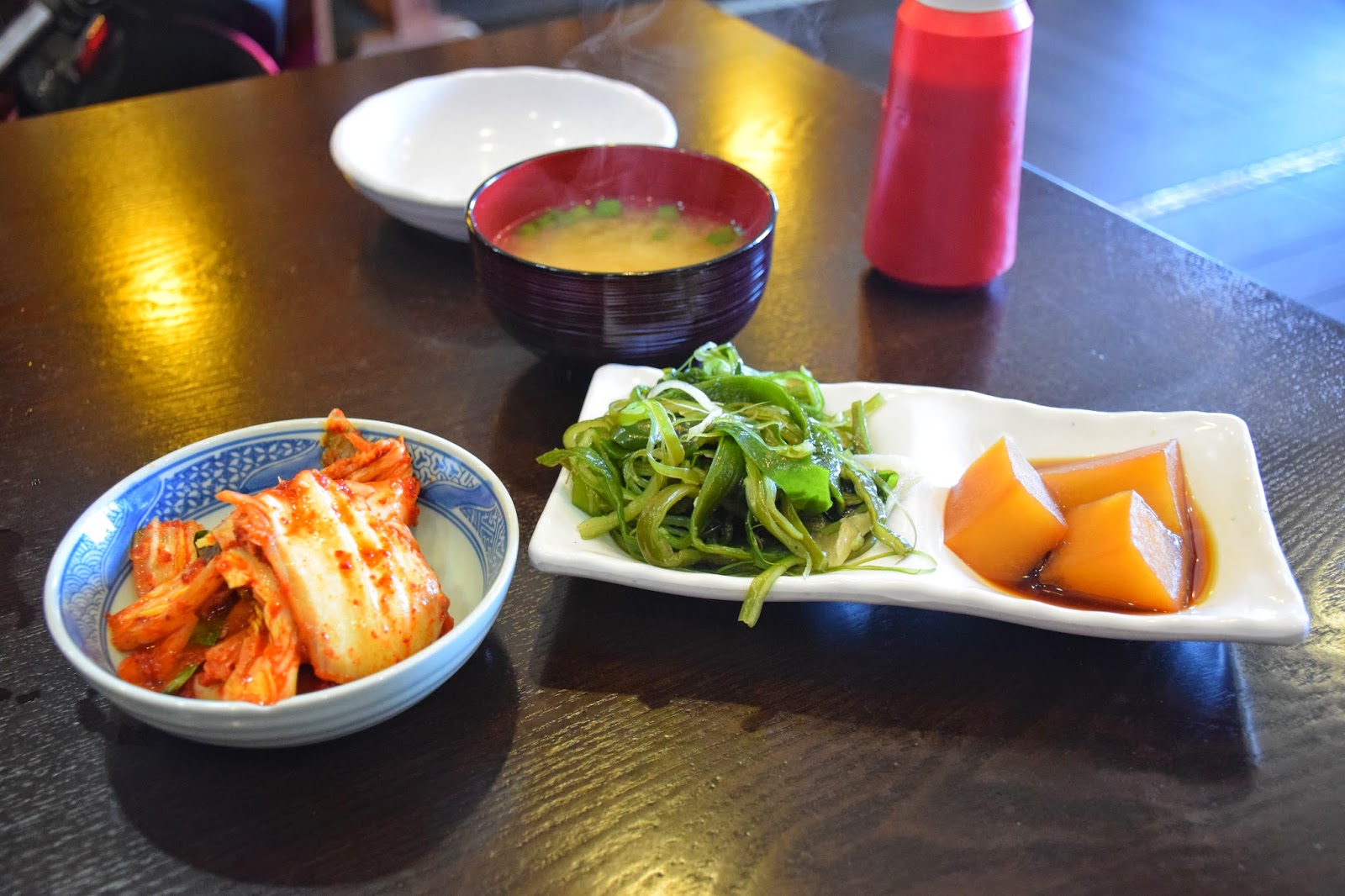 Korean meals always come with banchan, which are traditional korean side dishes eaten with a meal.
The banchan portions at Hanok were huge! The side dishes that were included were kimchi, Gamjajorim (sweetened potatoes) and  Miyeokjulgi-bokkeum (sauteed seed plant). The kimchi was really spicy and was more on the sour side. The seaweed tasted really fresh and had a great texture. The potatoes were seasoned with a sweet soy sauce, which had fully penetrated into the potatoes. 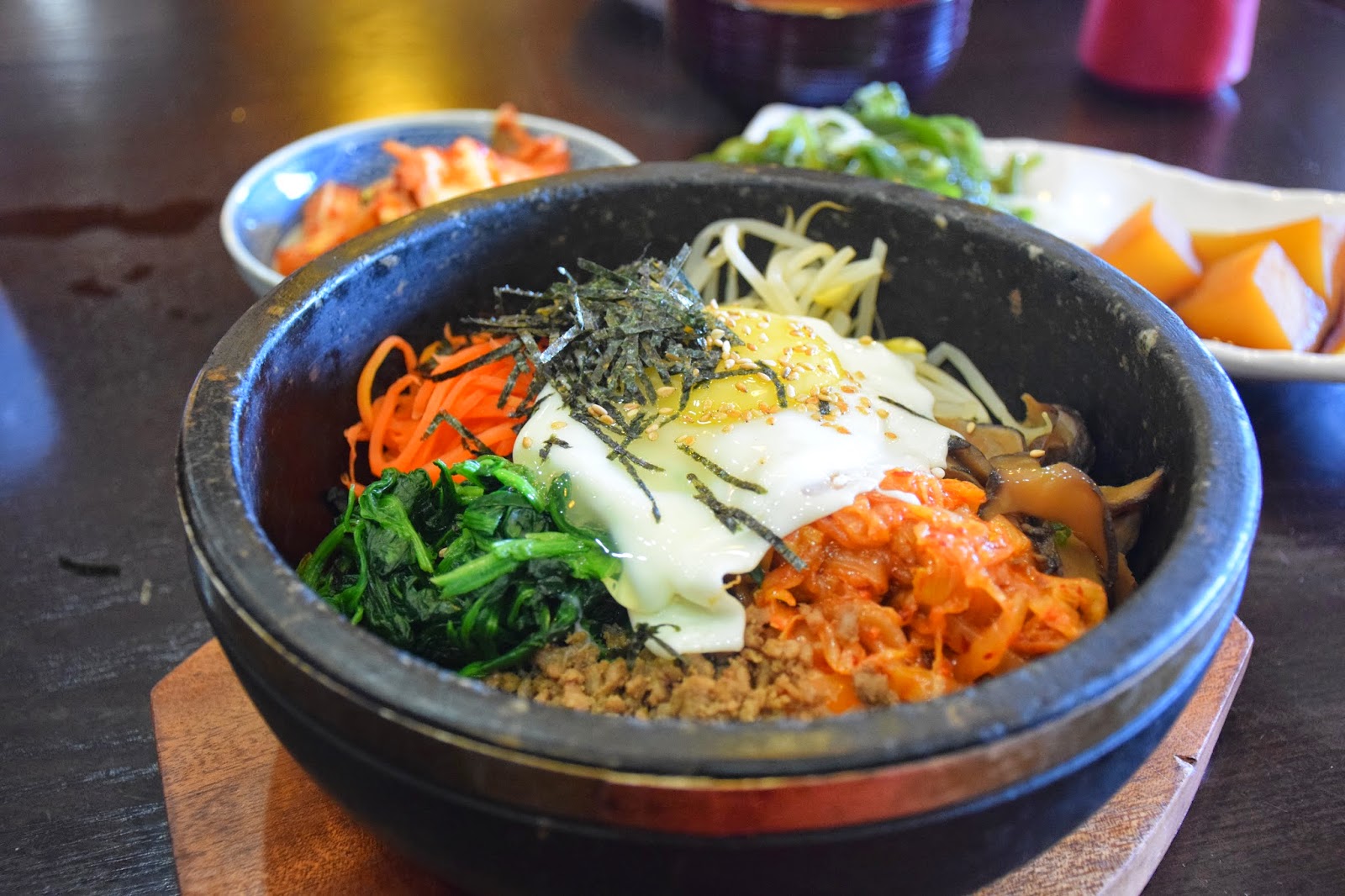 4/5 stars
I ordered a bibimbap, because for me it's the litmus test to the authenticity of a Korean Restaurant. If a restaurant can't make decent bibimbap, I would be questioning their authenticity. Not that I'm a Korean cuisine connoisseur by any means, but just like HK cafes should know how to make decent HK milk tea, Korean restaurants should be able to make good bibimbap.

Hanok's bibimbap was pretty good! It was served in a sizzling stone bowl. You're suppose to mix the contents of the bowl, and add flavouring. The waitress also brought over a spicy sauce that I drizzled over the entire dish. The portion size was rather large, and combined with the banchan, made for a filling meal.
The bibimbap was predictable, but in a good way. There were no surprises. Some places serve the egg raw, so it cooks from the heat of the stone bowl, but Hanok served it already cooked. I particuarly enjoyed the mushrooms, as they had a delicious sweet flavour. The rice gets crispy on the bottom, which is my favourite part of bibimbap.

Overall, Hanok has an amazing lunch menu, all for under $10! Plus, service was great! The waitress that served me was really polite and had a great attitude. Definitely a refreshing change from the usual subpar service you receive in Richmond haha...
I'll definitely be back to try some of their other items!