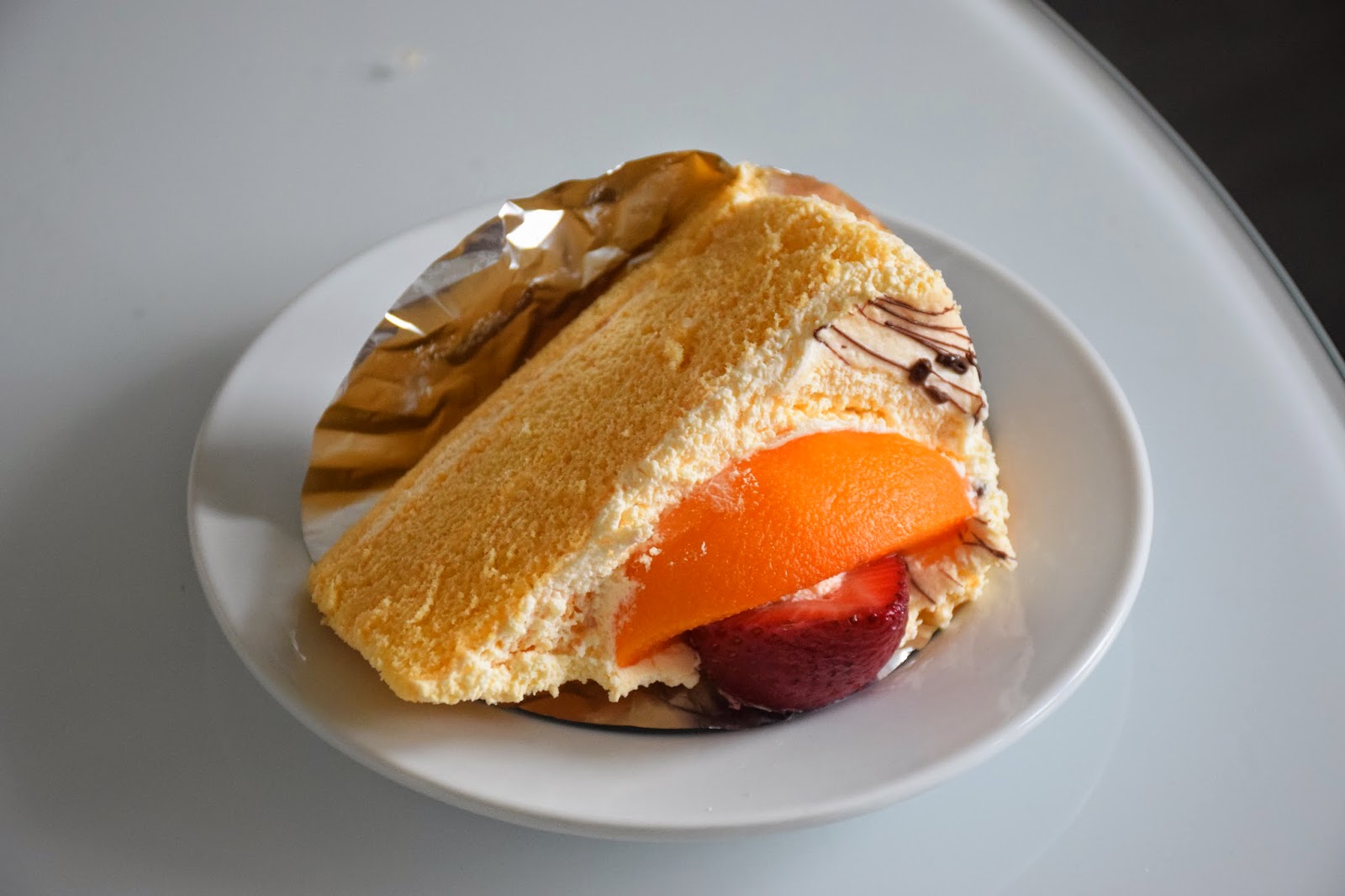 For some reason I've never tried Maxim's Bakery, despite having gone in to browse numerous times after shopping at T&T. This time I decided to pick up 7 items because if you get 6 items tax is exempted!

My apologizes for forgetting to take a picture of the storefront! 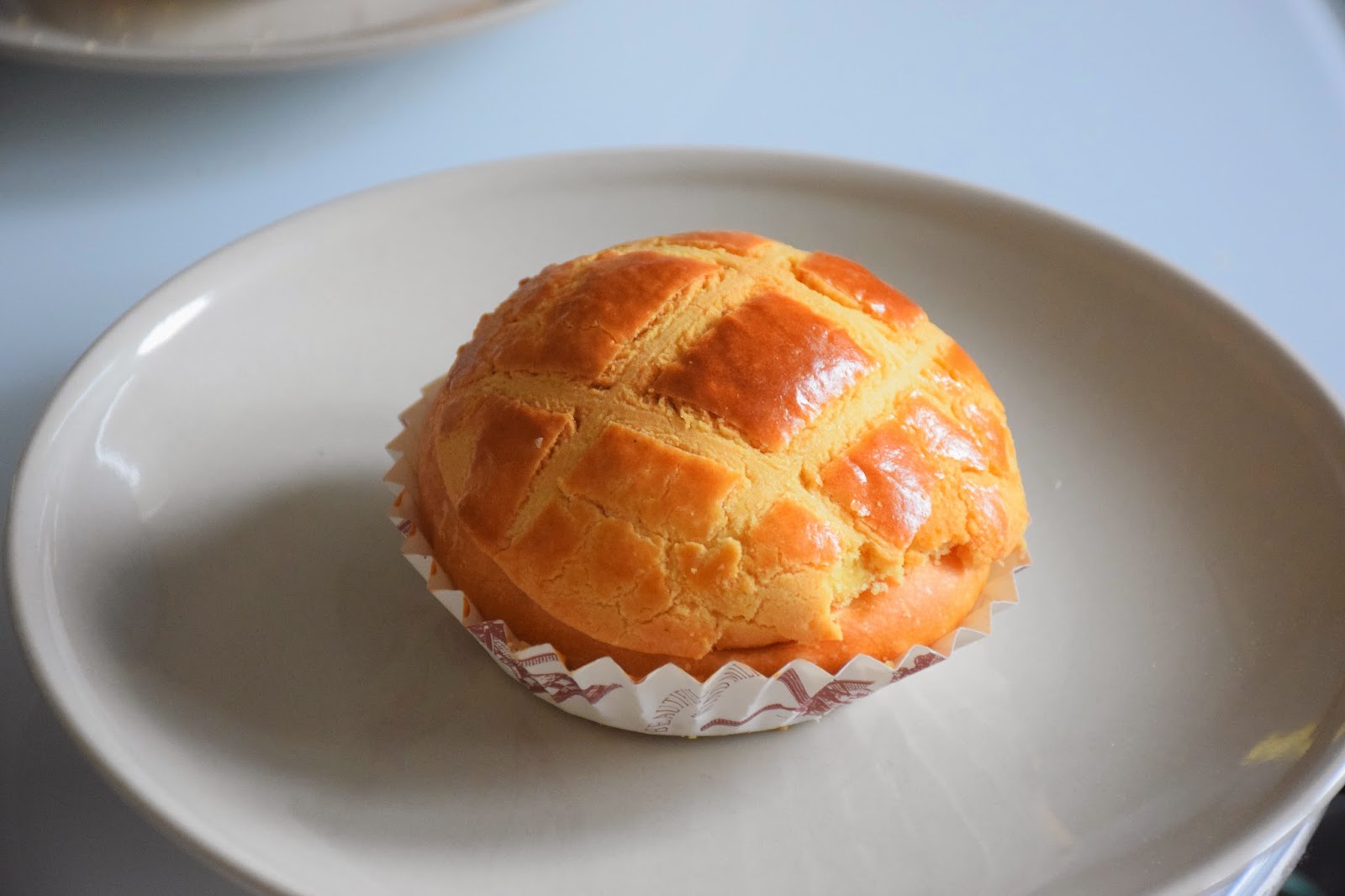 1/5 stars
I love taro, so naturally, I had to try the Pineapple Taro bun! It had promise, but failed to live up to expectations. The pineapple bun itself was one of the worst I've ever had, the shell wasn't fragrant, and the bun itself was dense and dry. As for the filling, it was very bland, with a barely detectable taro flavour. 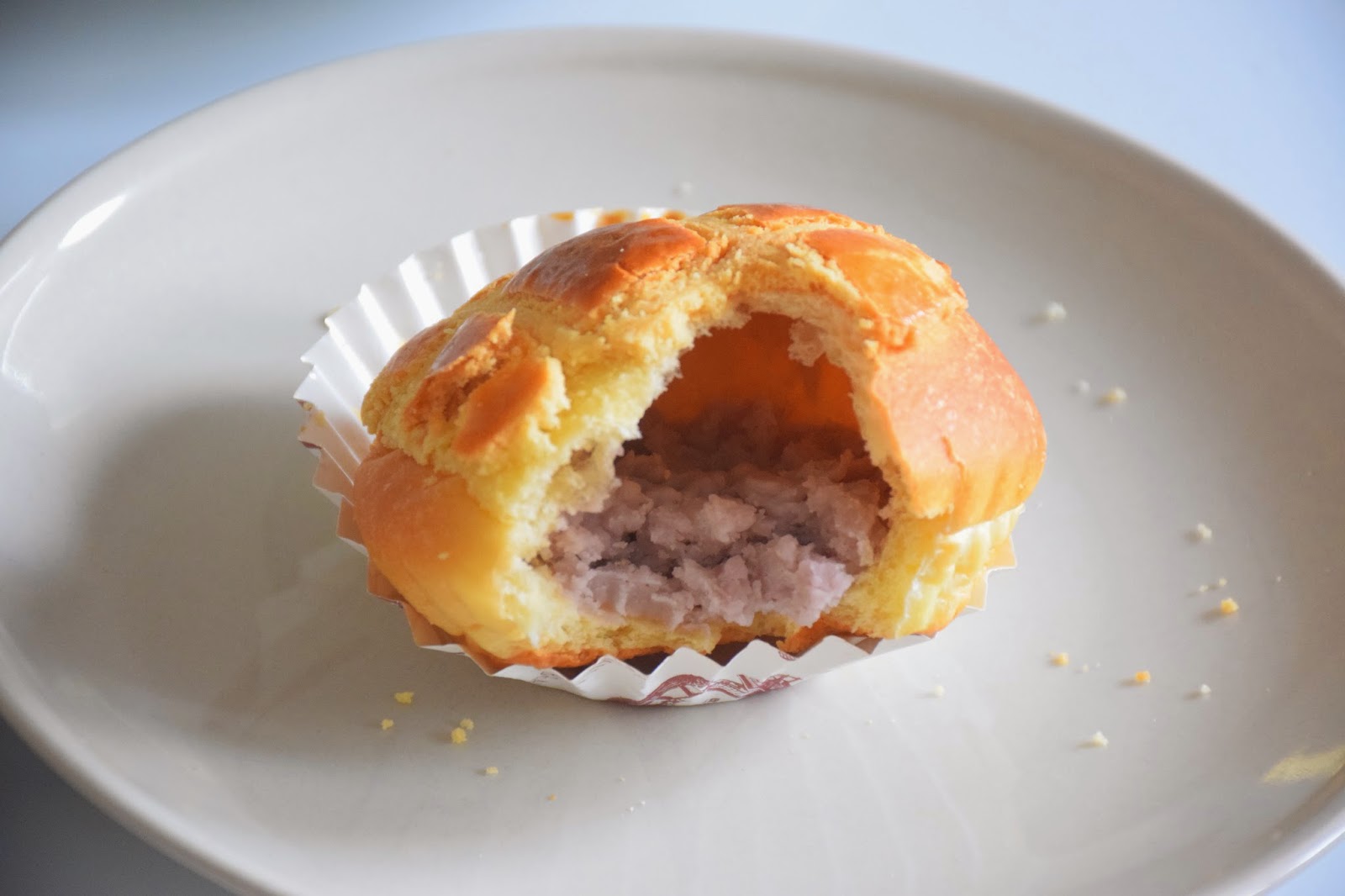 Here's a look at the taro filling! 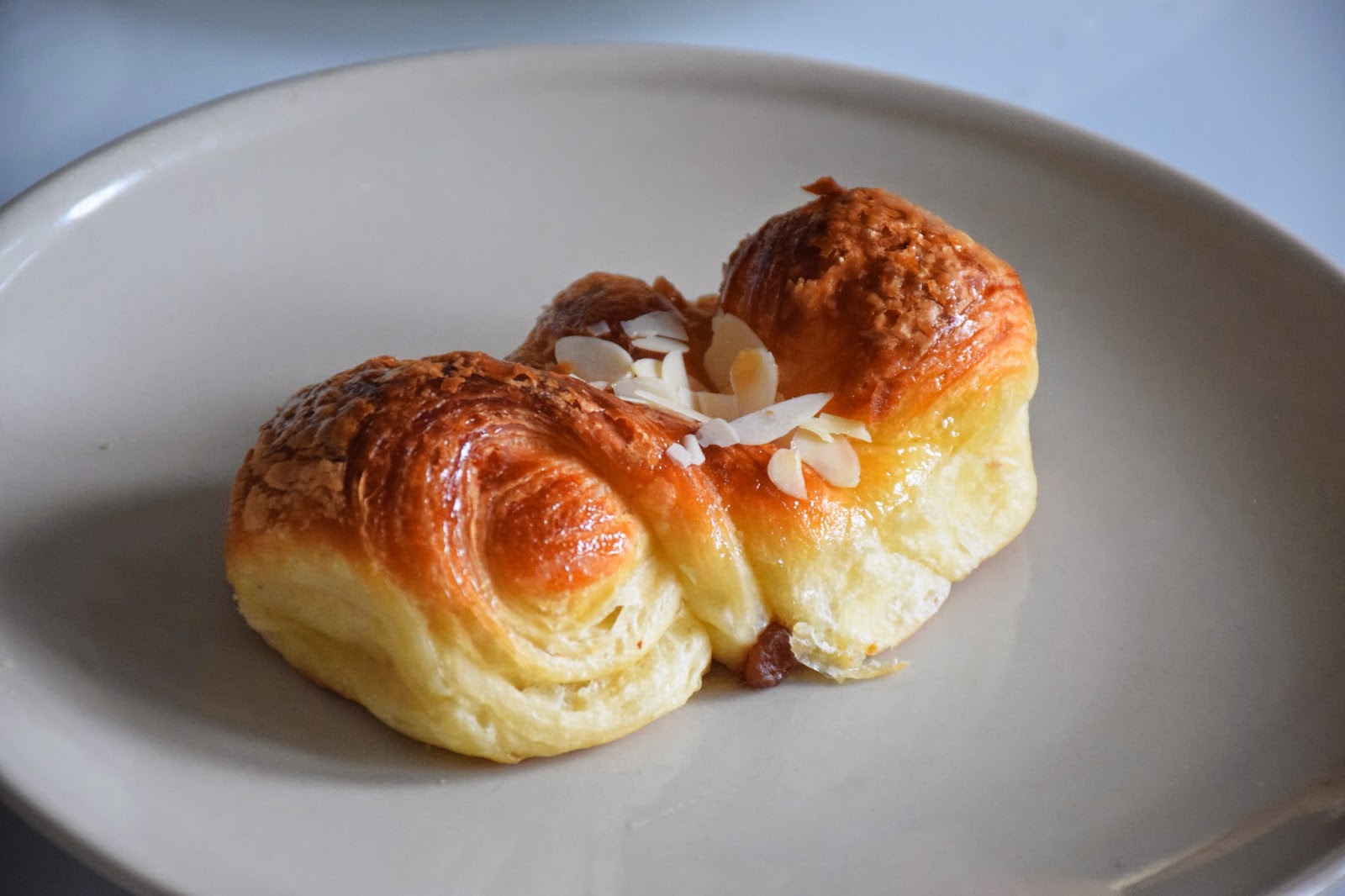 Almond Pastry
1/5 stars
This was a dissapointment as well. Aside from the sugar glaze on top and the decorative almonds, this tasted just like croissant, and a regular one at that. 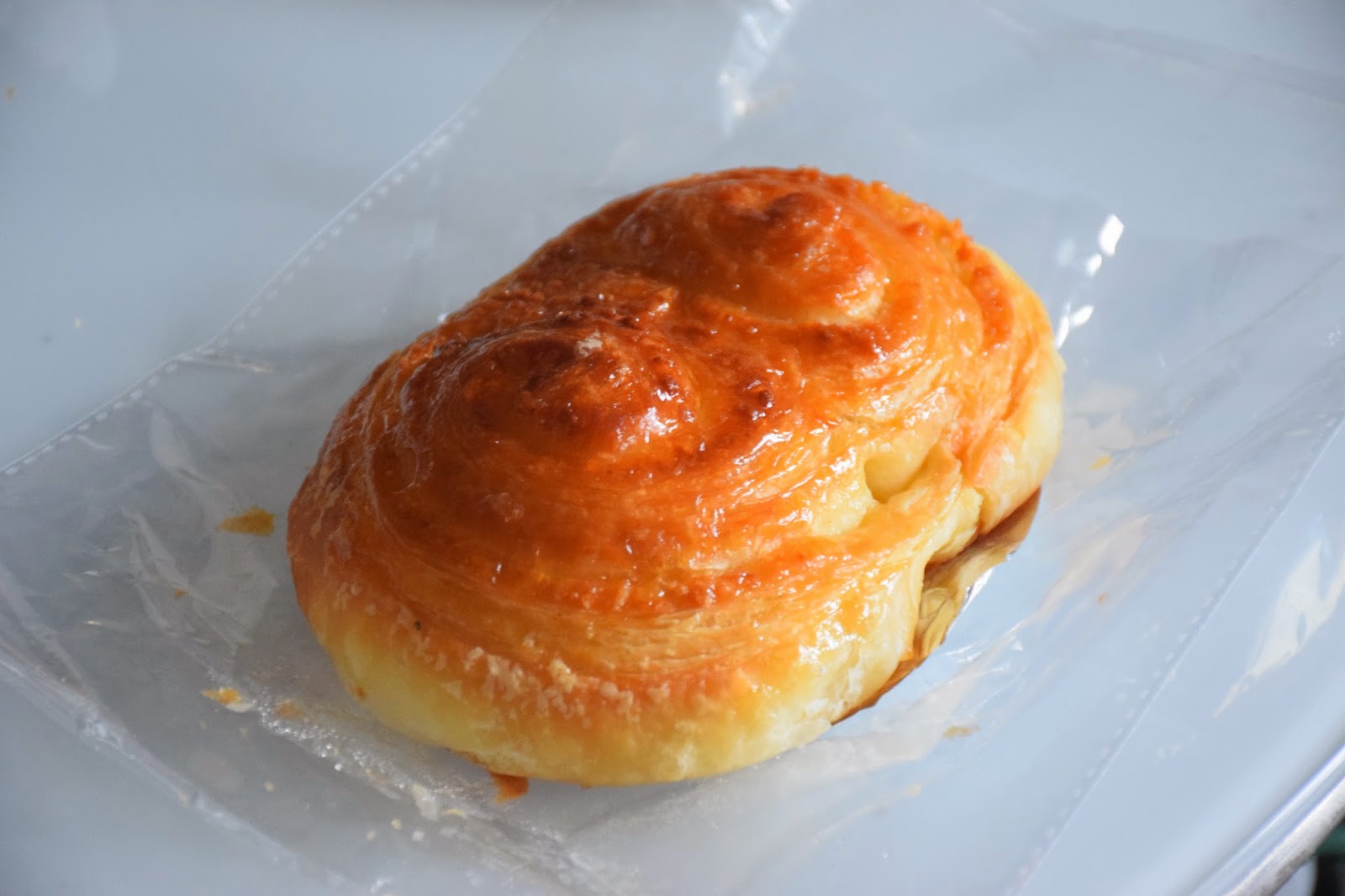 1/5 stars
This was virtually the same pastry as the almond pastry, except in a different shape. It tasted exactly the same. Same sugar glaze and flavour, reminiscent of a croissant. 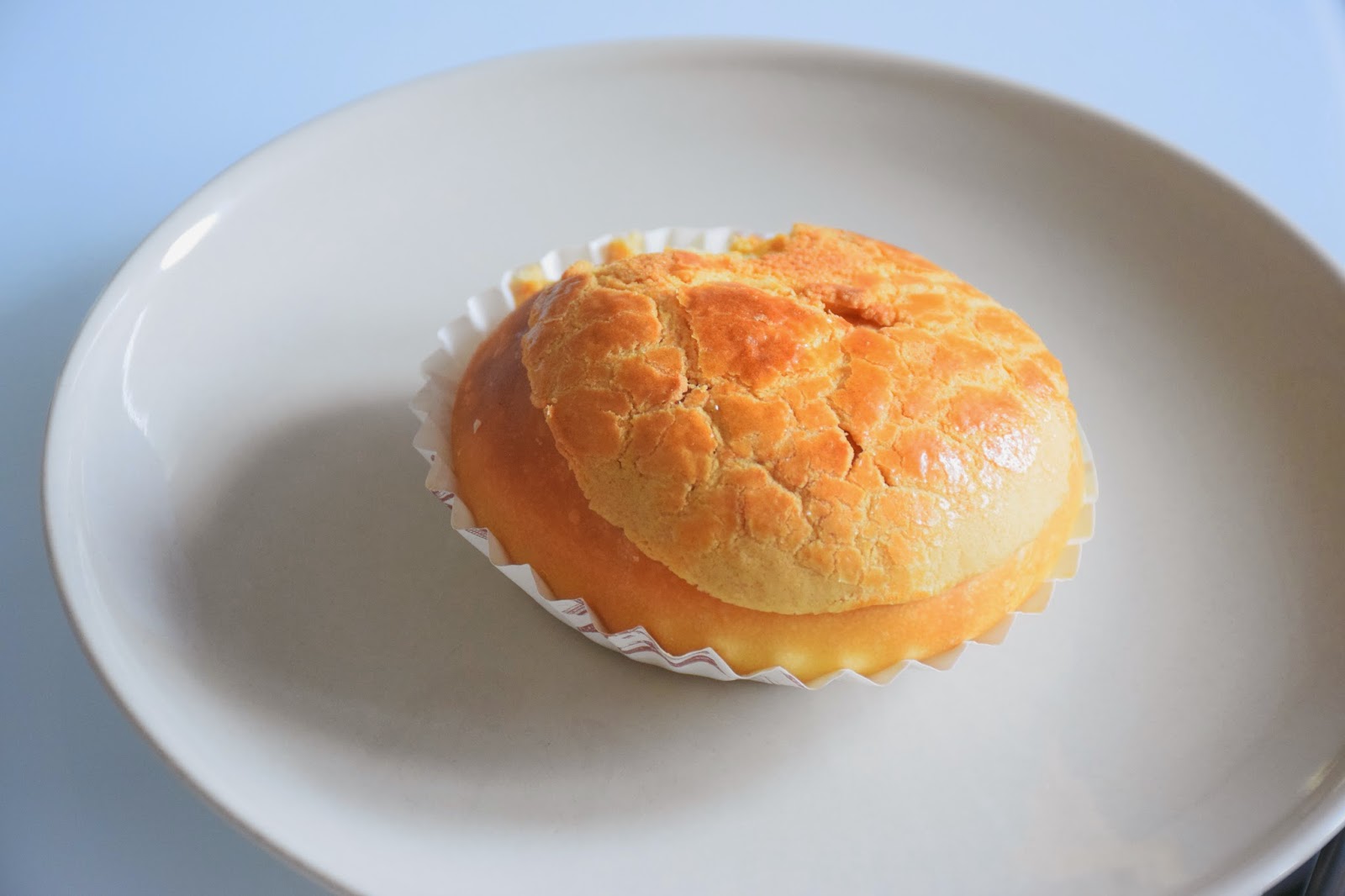 1/5 stars
I usually love BBQ Pork Pastries (Char Chiu Baos) but this one was very poorly executed. The exterior was the same as the taro pineapple bun. The shell wasn't fragrant, and the dough itself was rather hard and dense. The filling was very dry as well, and was just too salty and had an overwhelmingly strong leftover pork flavour. 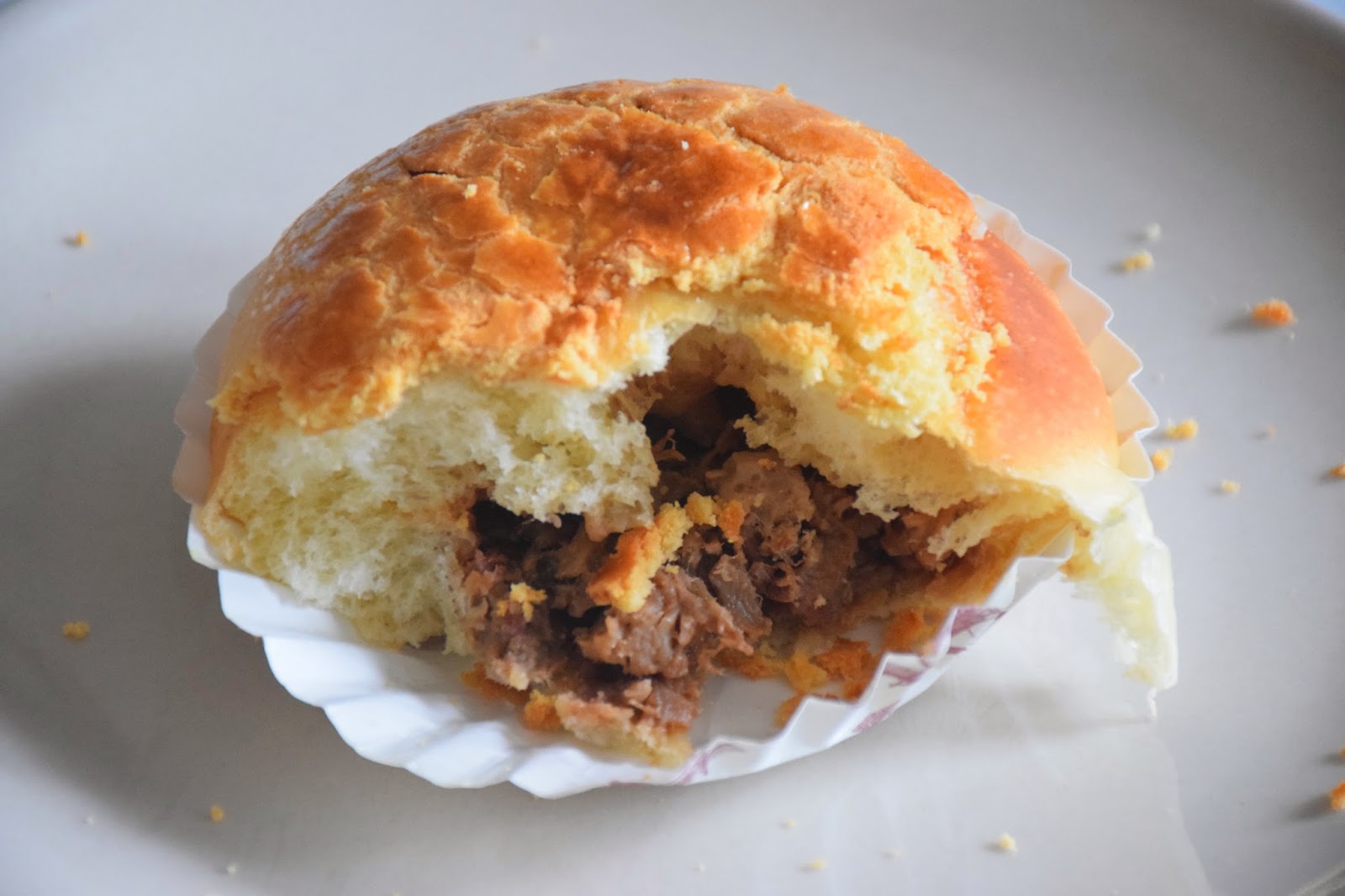 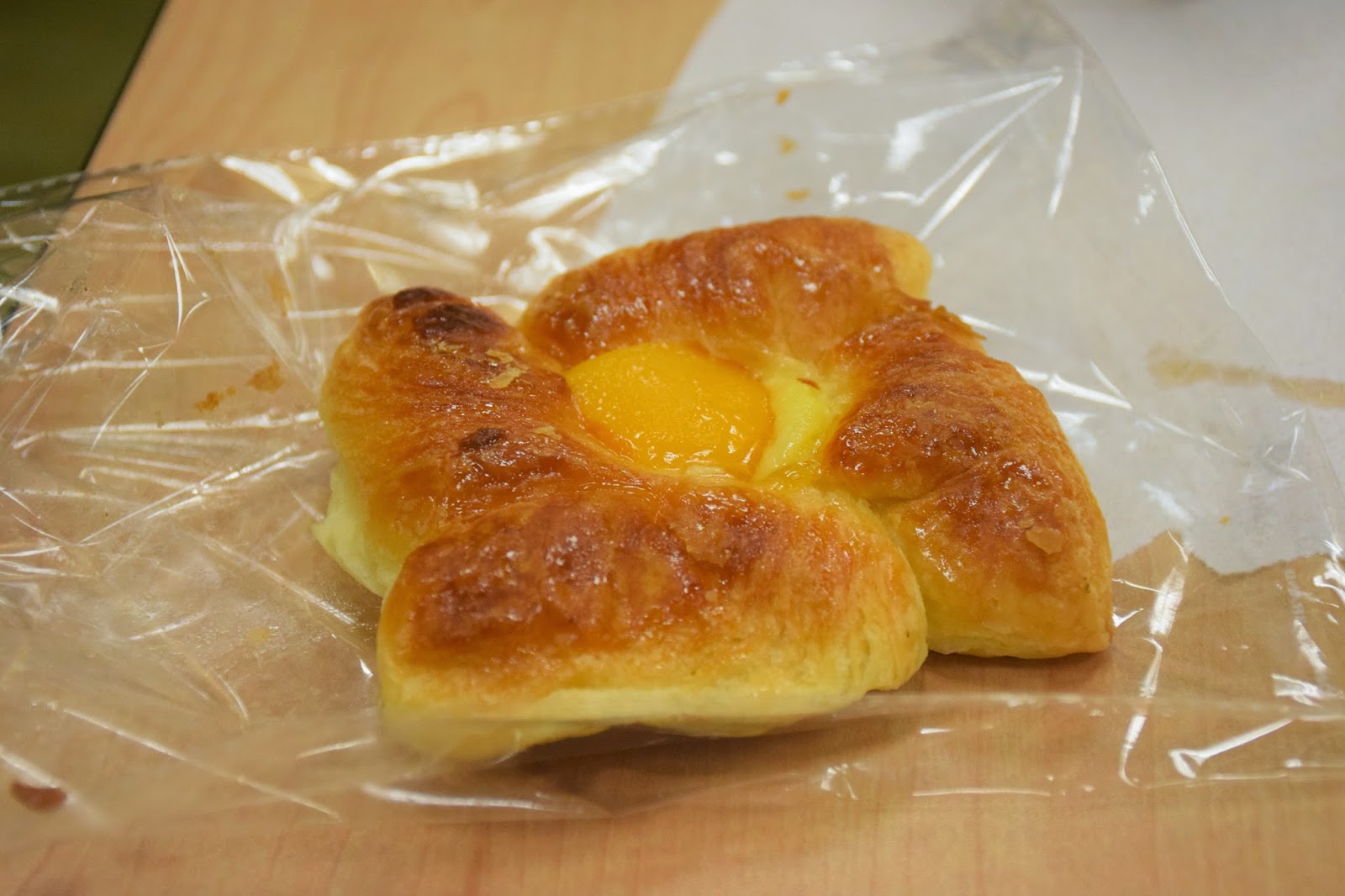 Peach Pastry
1/5 stars
In the center of the pastry,beneath the peach, is a custard filling. The filling was unpleasantly wet and made the dough soggy. The pastry was glazed with a sweet peach glaze but the dough itself was bland. 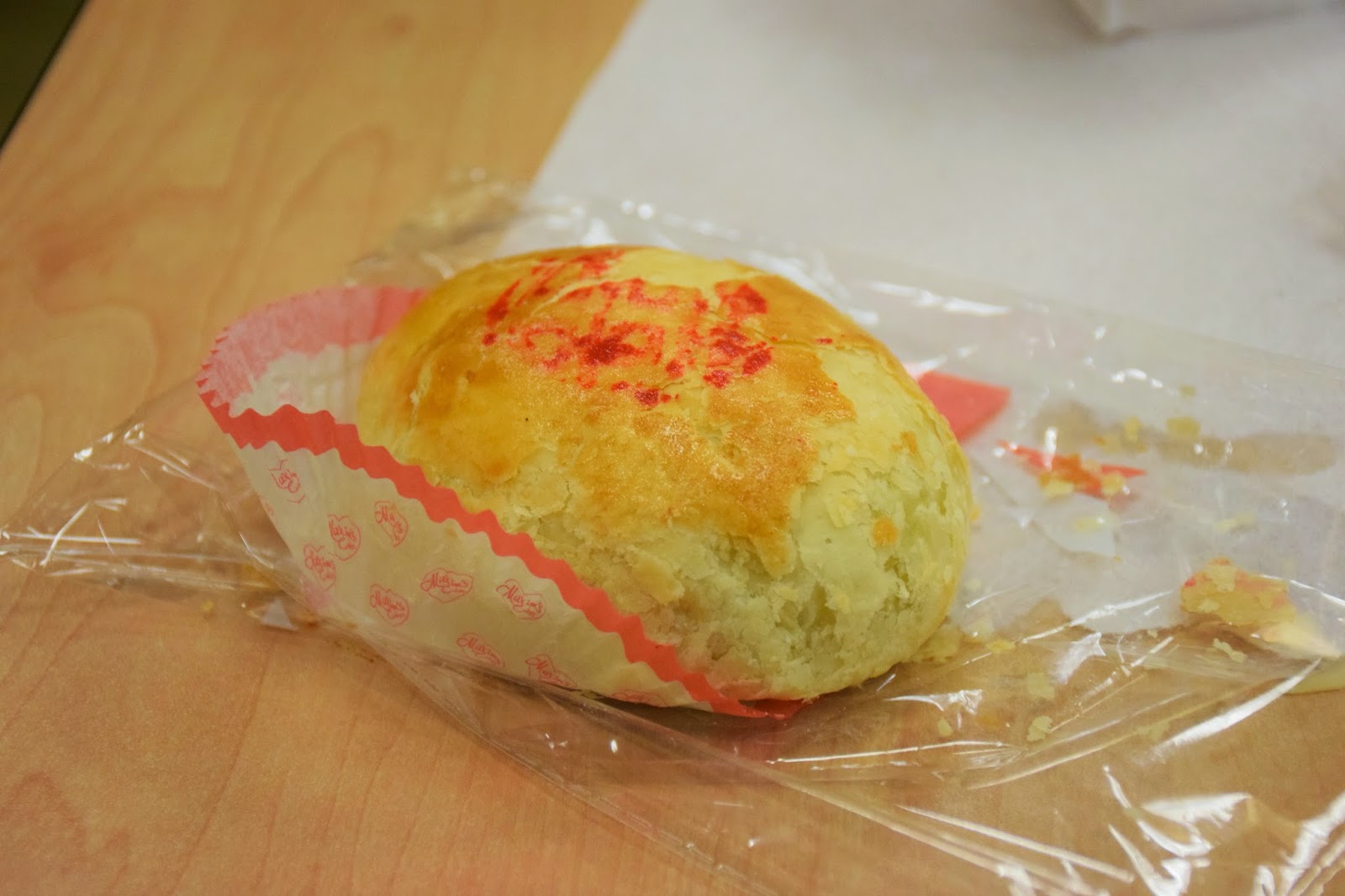 Century Egg Pastry
1/5 stars
I was disappointed that there was barely any century egg in this. Instead, the pastry was filled with a sweet potato filling, with two small pieces of century egg in the center. The filling was overly mushy and was a strange murky, grey colour, which looked rather unappetizing. However, I did like the crust, as it was flaky, and incredibly fragrant.

It was unfortunate that I didn't enjoy any of the the pastries I tried at Maxim's. I always give my honest opinion and never purposely review a dish/food negatively. Perhaps I caught Maxim's on a bad day, so I'll definitely give Maxim's another try in the future!