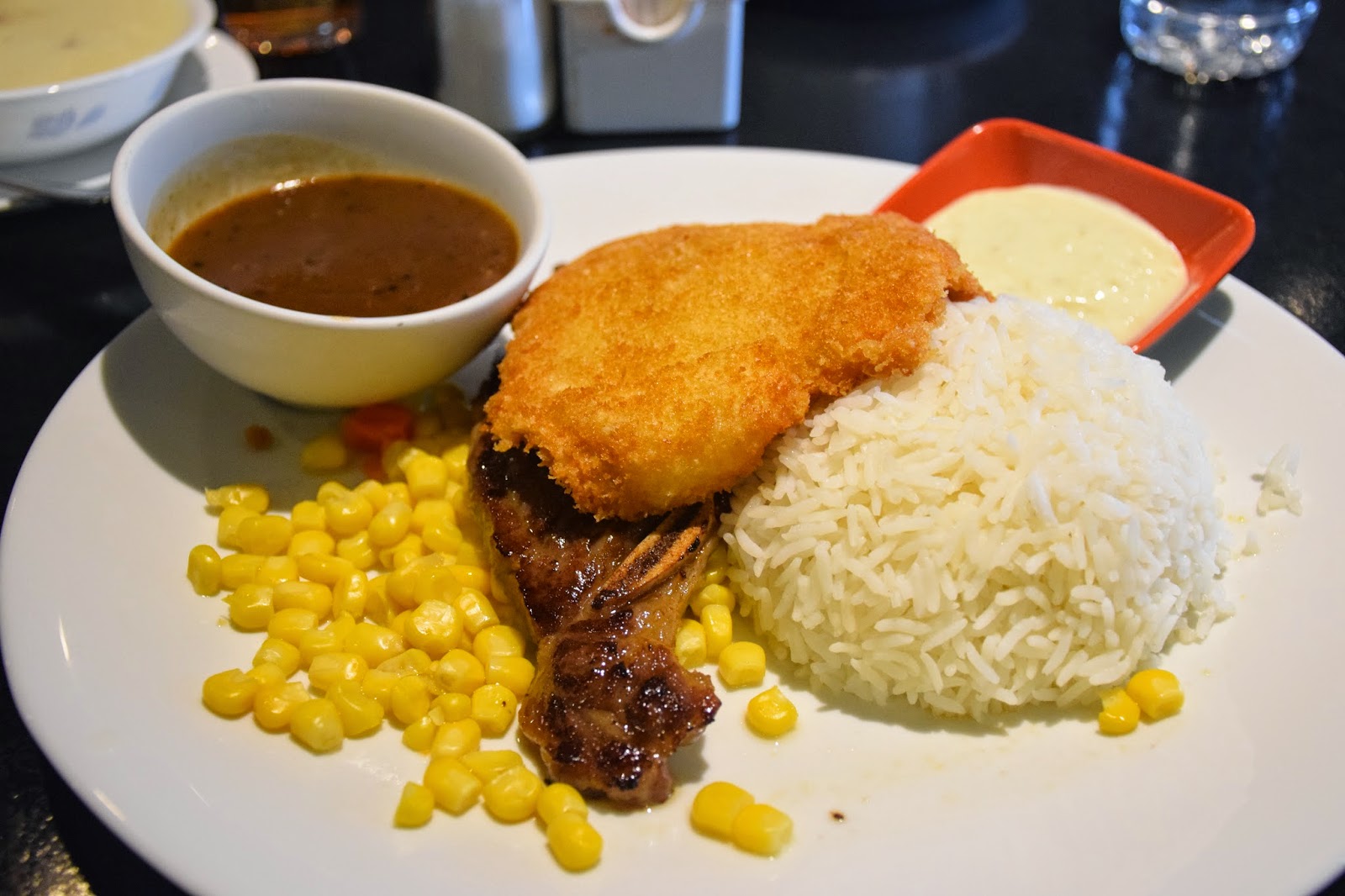 Silver Tower Cafe is a HK cafe located on Alexandra Road in Richmond. Silver Tower Cafe is known for their meat combos, similar to Alleluia Cafe, where you have the option to choose 2 or 3 types of meat, rice or spaghetti, a type of sauce, and a choice between chinese borsht soup or HK style cream soup, and a drink! The 2 meat combo is about $10 and the 3 meat combo is $12. I went with the Korean short rib, cutlet fish fillet, rice, with black pepper sauce and HK style cream soup.

4/5 stars Korean Style Short Rib
I have to agree with the reviews about this being overly chewy, as it was very chewy, so much so that I had a hard time chewing. However, the flavour was spot on! The ribs were marinated very well and had a honey glazed flavour. I found the black pepper sauce that came on the side to be too salty, however the black pepper was very potent.

4/5 stars Cutlet Fish Fillet
I was rather impressed with this as well. I wasn't expected it to be very good, but it was actually delicious! The fillet was very lightly breaded, and had a fragrant aroma. The fish was already very flavourful on its own and didn't even need the sauce on the side. The side that came on the side was a hollandaise sauce of some sort, which was rather tangy. 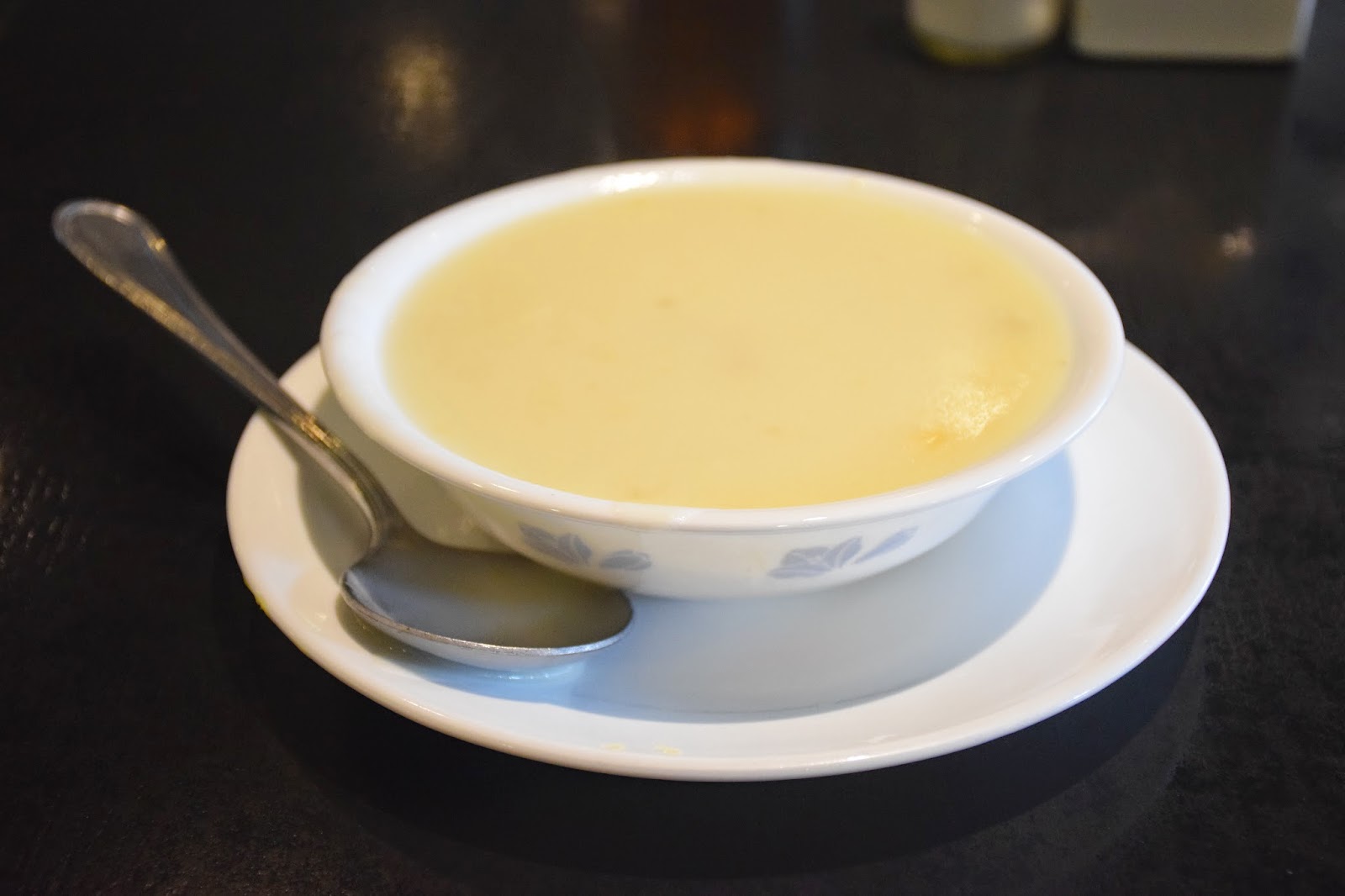 2/5 stars HK style cream soup
I was expecting this to have chunks of ham in it, but it actually had chicken in it! The cream soup was a little watered down, and the cream wasn't too potent. 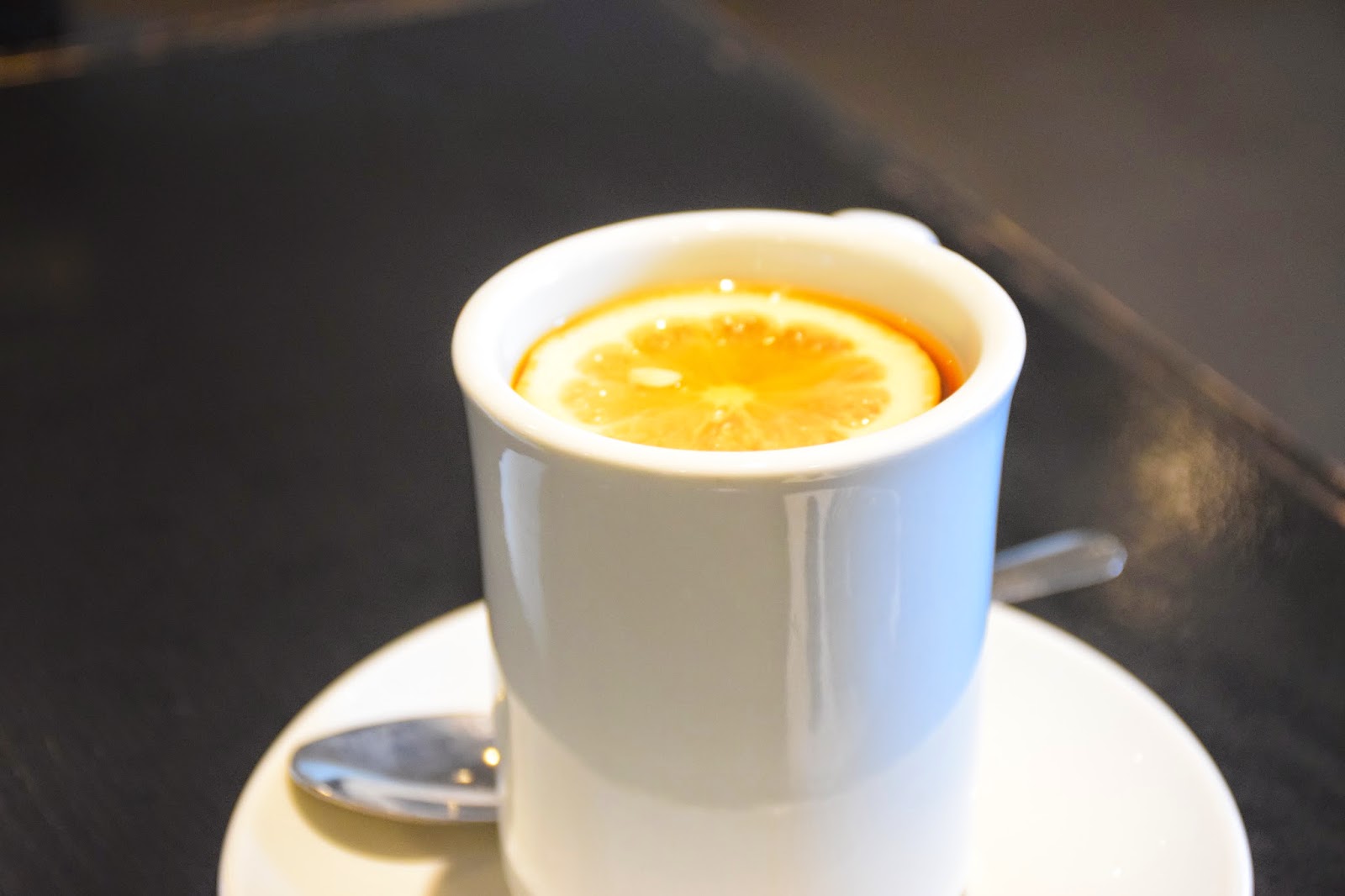 Meals at HK cafes usually always include a drink, so when I know I'm going to be eating a meat heavy meal I always order a hot lemon tea to aid in digestion. I order it hot because if you order it iced they add sugar, which negates the health benefits.