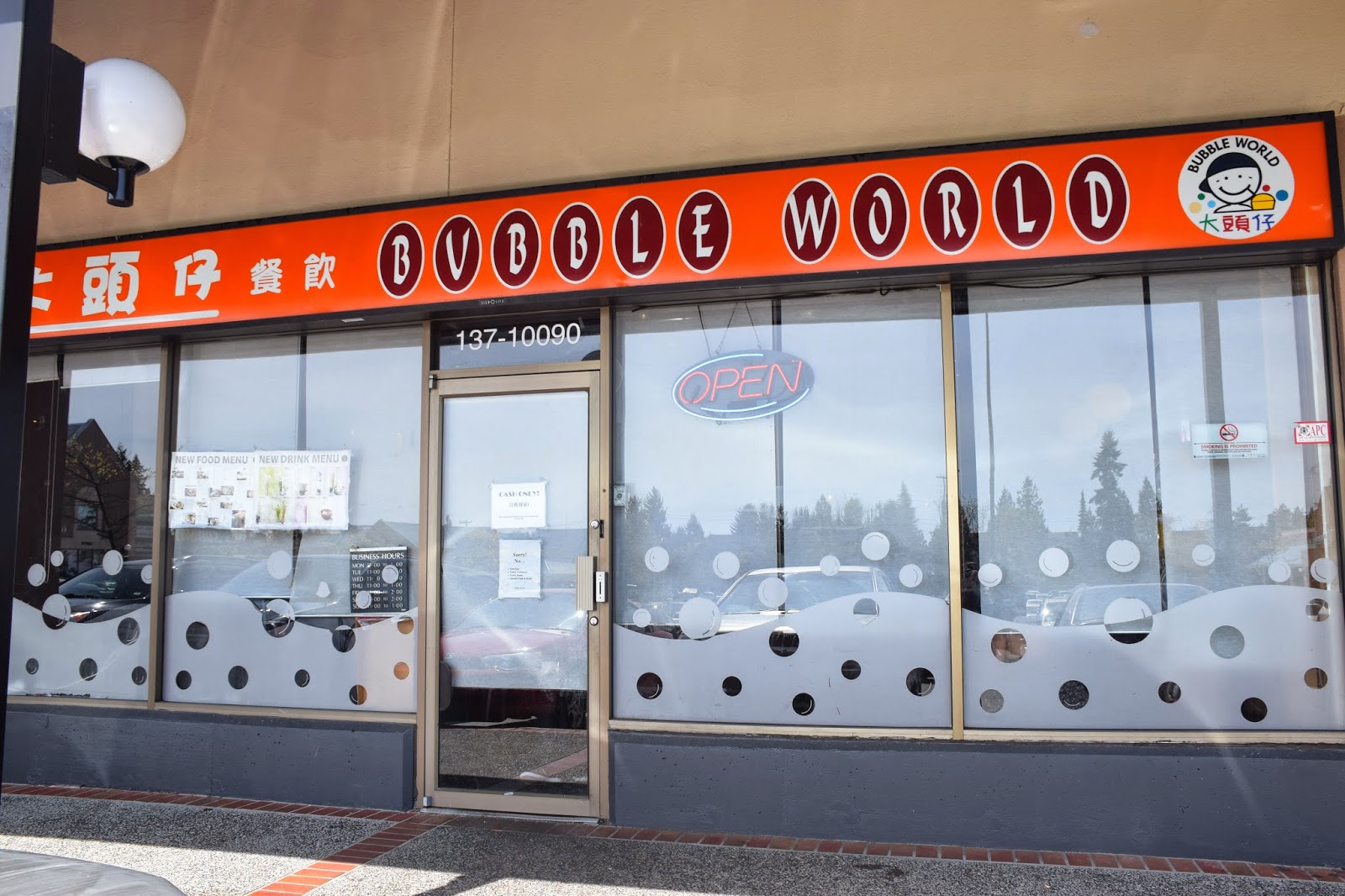 It was well past lunch time and I found myself craving Taiwanese food in Guilford. Guilford, Surrey isn't exactly a cultural hub brimming with Taiwanese options, so I found myself defaulting to a reliable favourite: Bubble World!

I've actually reviewed the exact same dishes at Bubble World in Burnaby before, however, I found Surrey's rendition to be surprisingly more tasty, well executed, and larger in size. Service was a notch up from it's Burnaby counterpart as well. Our orders came quick, dishes were taken away, and our glasses were refilled.

Actually, service was quite entertaining. I was served by a cute circle lens donning Taiwanese girl who came back to make silly remarks here and there during my meal. After sitting down she told me in Mandarin that "the fat guy who just left actually gave me fake US bills!" When I was snapping a picture of the meal with my huge DSRL (in true blogger fashion) she jokingly suggested "You should take a photo of me instead!" As we were eating the huge fish fillet pieces she brought over a huge refill of tartar sauce without us asking. 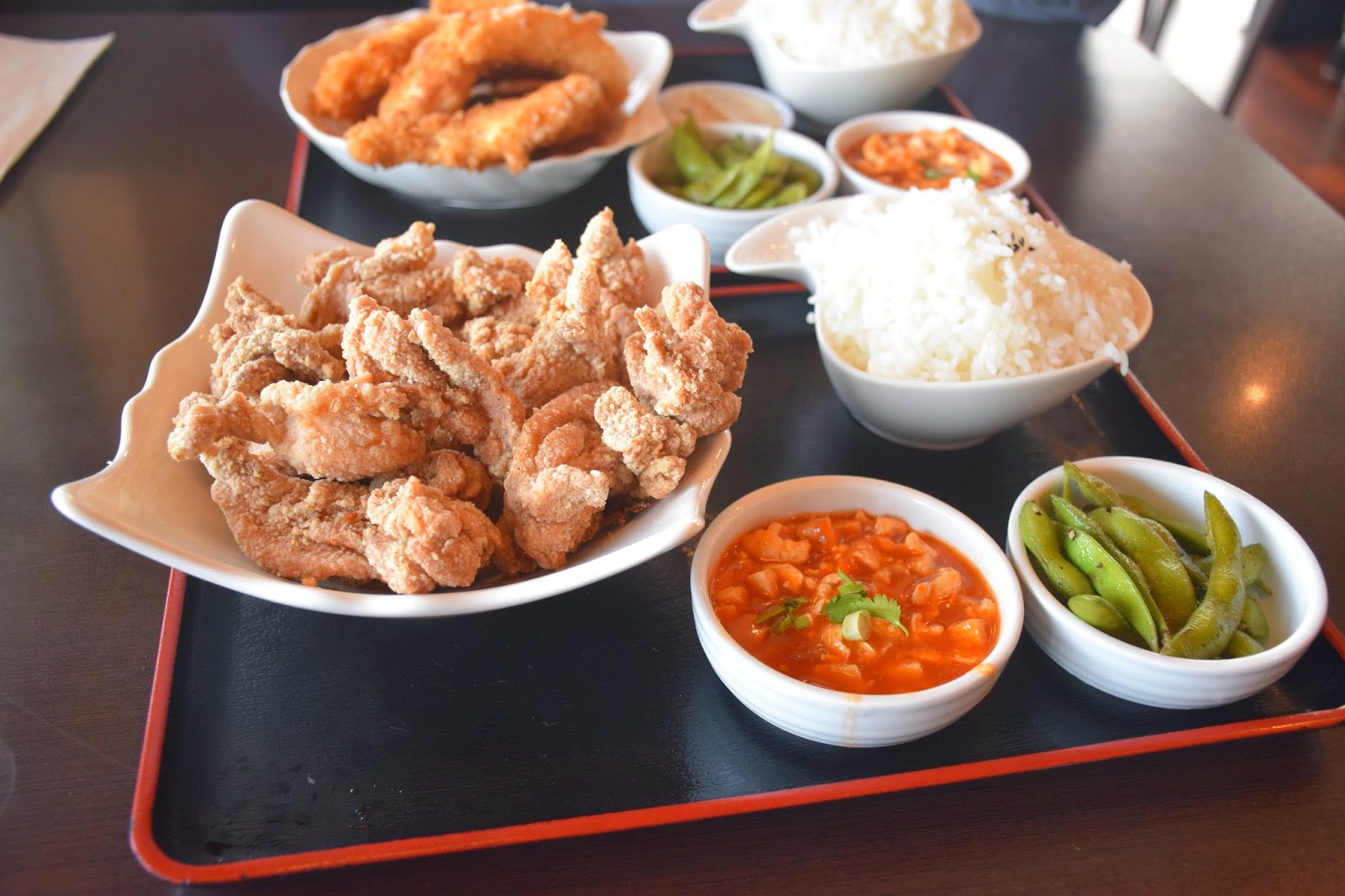 Everyone raves about the salt peppery chicken (yien su gi) at Bubble World, but I honestly think they're only average, as far as Taiwanese chicken nuggets go. I still think Pearl Castle does them better. However, it does the job to fill a craving. Bubble World's portion size is much larger than other places, but the chicken is also on the drier side. The exterior is crispy, and well seasoned with Taiwanese 5 spice, but the interior isn't juicy and is rather dry.

The side dishes were quite large as well and not bad either. The edamame was properly seasoned and had a great crunch. The tofu side dish was drenched in a sweet tomato sauce, which was actually quite pleasant. 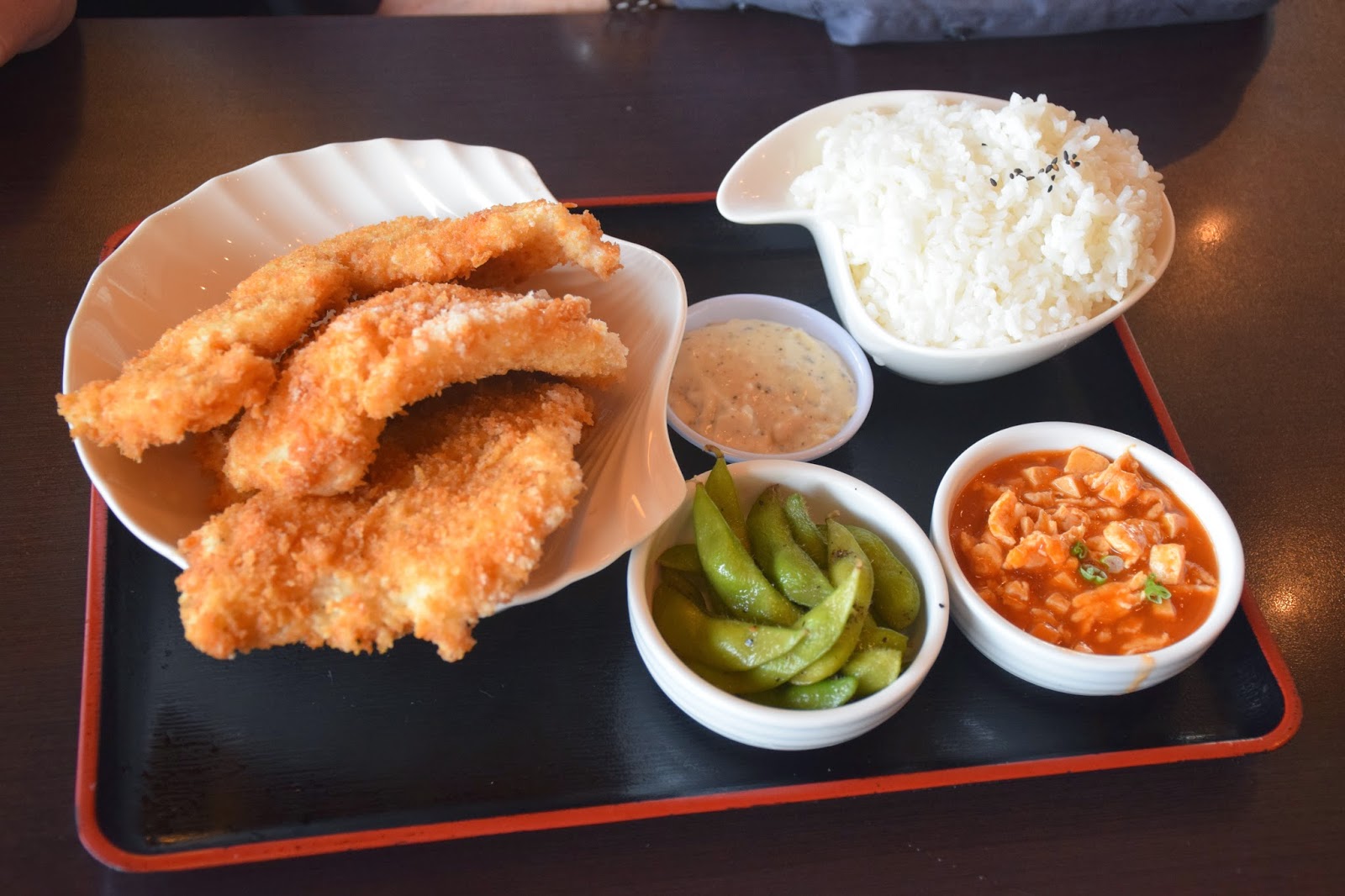 4.5/5 stars
The fish fillet combo is an awesome deal, due to its sheer size. The picture doesn't due the portion size justice. The fillet pieces were humongous! The size was even larger than the Burnaby one! My dad who was supposedly "starving"only ate one piece! I ended up finishing the other two pieces as well as my chicken nuggets haha. The fish fillet is lightly breaded and seasoned with Taiwanese five spice. The interior is moist, flakey, and incredibly fragrant. The tartar sauce it comes with is addicting! I ended up eating 3 servings of it harharhar. I noticed that Bubble World Surrey's tartar sauce is noticeably more peppery, tangier and less sweet than Burnaby's.

I didn't order bubble tea, but I took note of the people around me who did. I was surprised at how large the Bubble Teas were! They were substantially larger than the ones served in their Burnaby location. The glasses were the same circumference, but much taller.

Overall, Bubble World is a great place to gather with friends for some casual munchies! Fried food, Taiwanese music, and bubble tea, what more could you ask for? haha