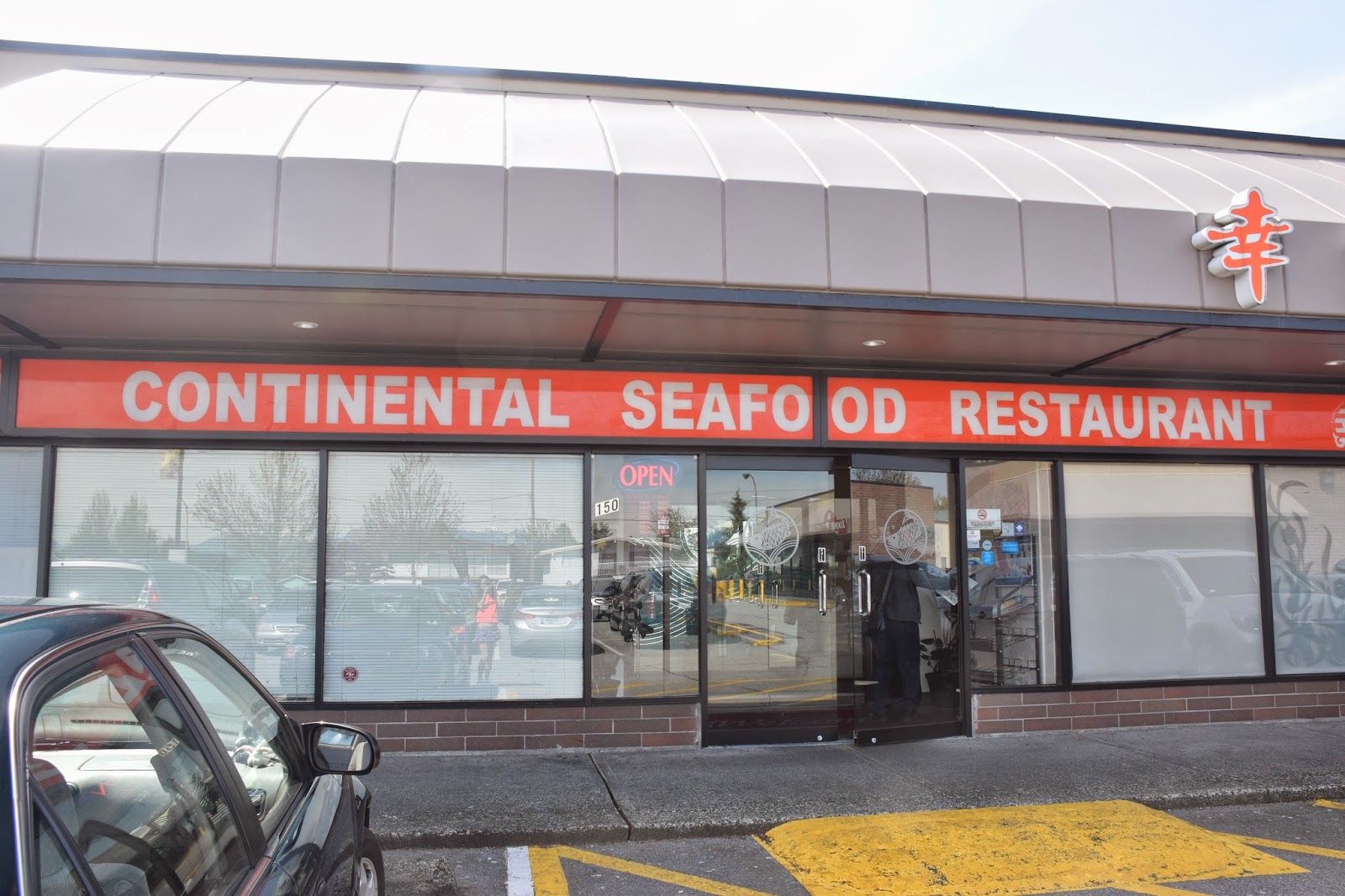 Continental Seafood Restaurant is one of the few restaurants left in Richmond that serve their dim sum with carts! For those of you whom are unfamiliar with the concept of ordering via a cart (not a-la carte), the process is very simple! It essentially takes out all the guess work of deciding what to order if you're unfamiliar with dim sum items. The servers push ready made dim sum dishes on a cart around the restaurant and you are free to pick and choose as you please. The server will then take the requested item, cut it up, or add any additional sauces. The items they serve are usually the more popular, generic items, such as har gow, siu mai, spring rolls, rice rolls, sesame balls, turnip cakes, donut rice rolls etc. If you want to eat an item that you don't see them serving on a cart, you can order it separately! One of the best things about ordering with the cart system is that you receive your food immediately and there's no wait time! Perfect if you're ravenous (which is basically me, all the time haha). 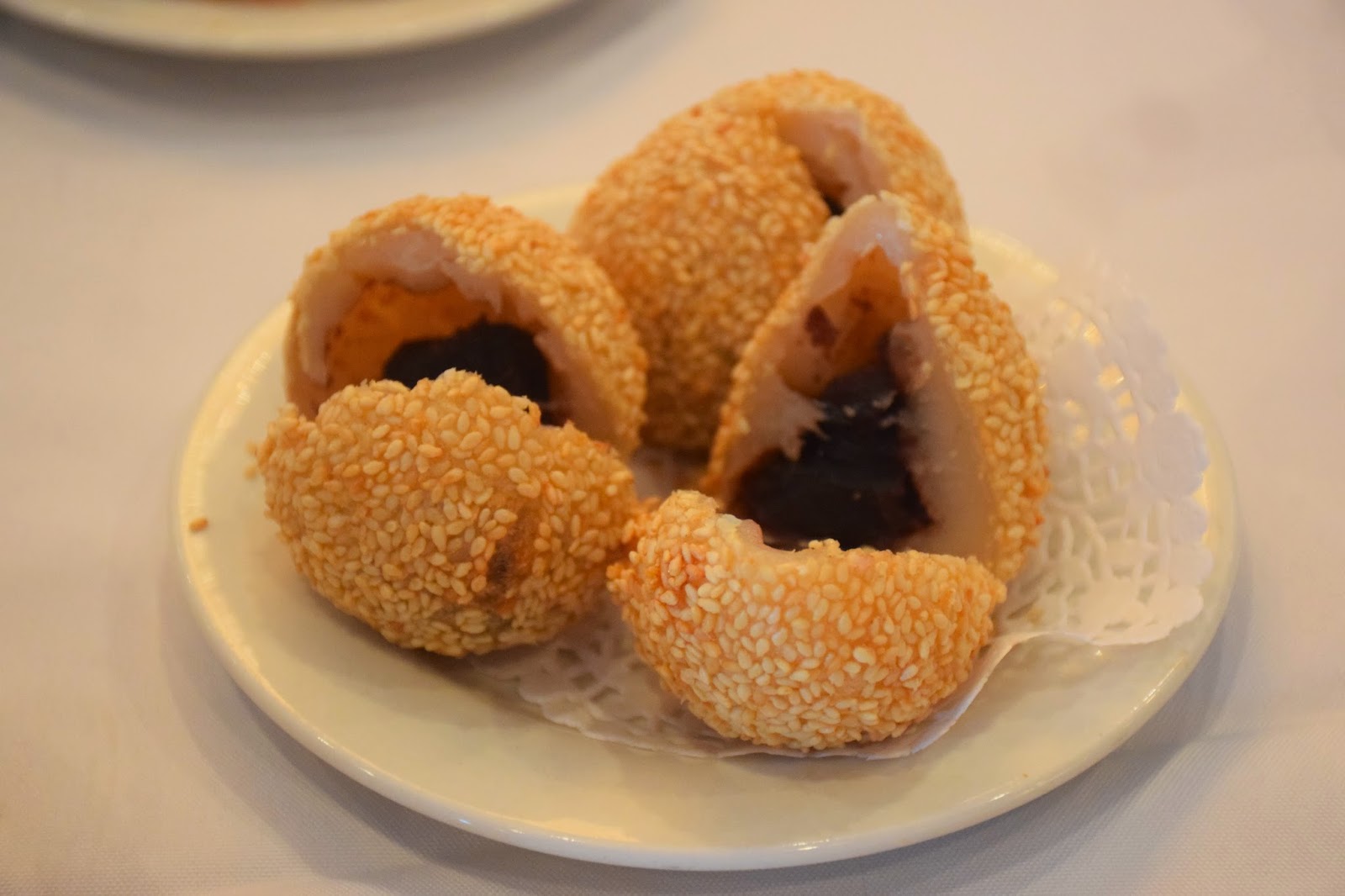 Sesame Balls
4/5 stars
Initially, I was a bit disappointed that these were filled with red bean paste, and not sesame paste. That was my fault for not asking the server. However, my disappointment quickly tided over, as these were amazing! The sesame balls were of the perfect texture! The outer shell wasn't too sticky, hard, or overly soft (which is prevalent in poorly made sesame balls.) They were exactly how sesame balls should be, glutinous and chewy. 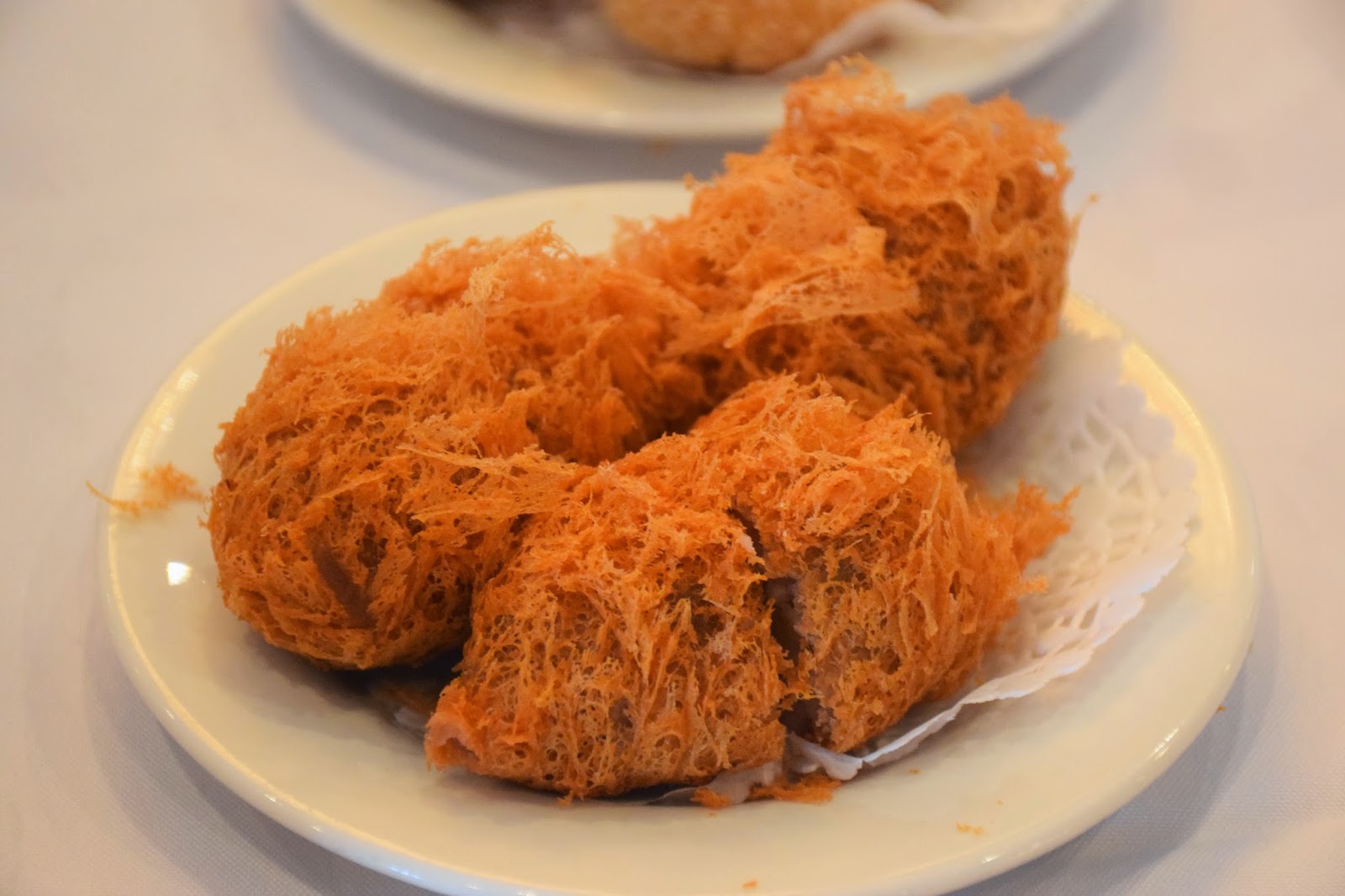 Fried Taro Dumplings
4.5/5 stars
These thoroughly impressed me as well! Usually the fried taro dumplings in dim sum restaurants are rather hollow, with barely any filling. These were filled to the brim with meat and weighed a substantial amount. The exterior shell was lightly battered, airy, crispy, and simply fantastic. 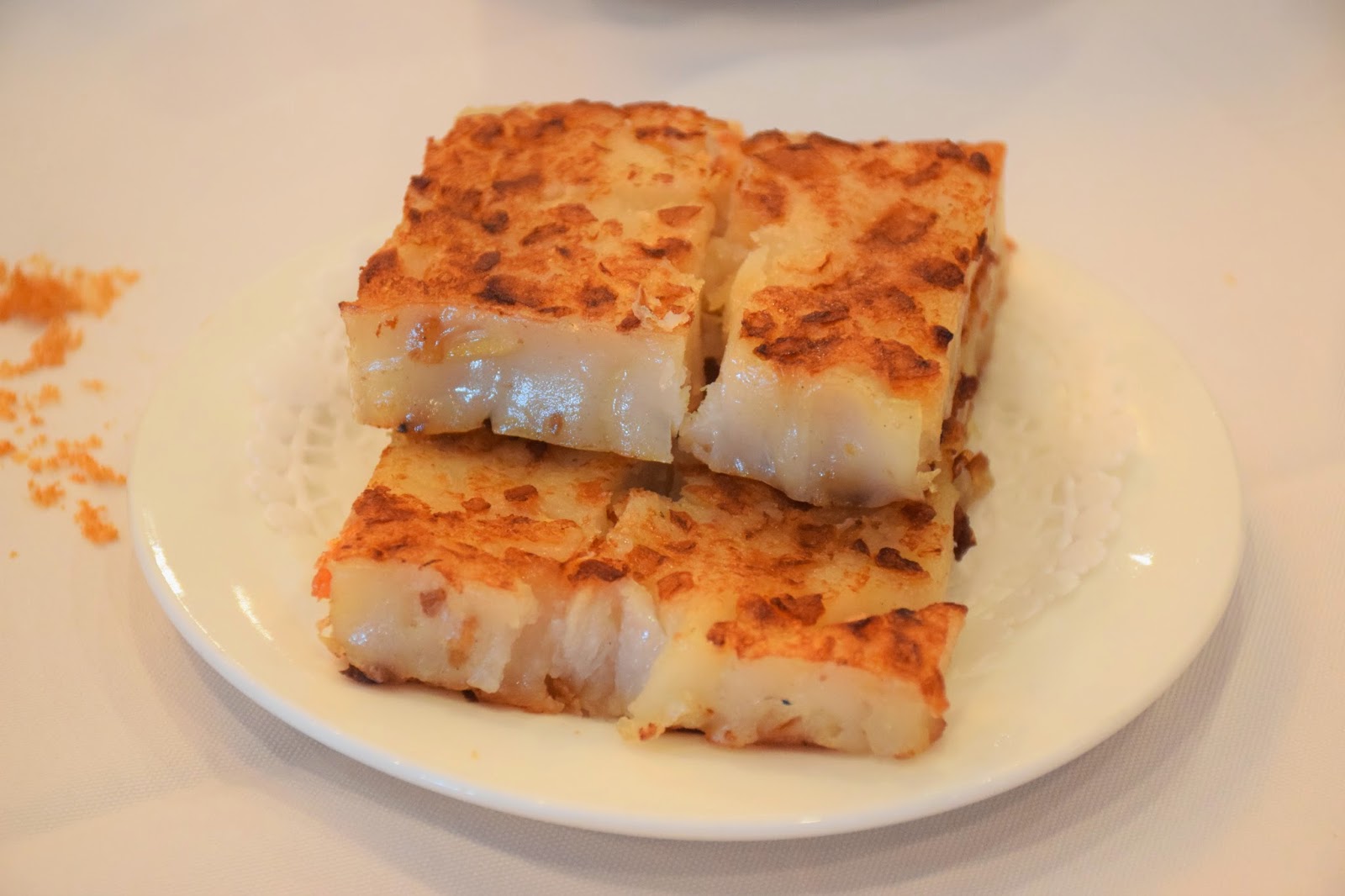 Fried Turnip Cake
4/5 stars
This was one of my favourites of the meal! The pieces of turnip were diced and even distributed throughout in the cake, as opposed to having large chunks, which I really liked. The texture was spot on. The cake wasn't mushy, and retained a firmness while still being soft. It was already flavourful on its own, so I suggest forgoing the sauce, to fully appreciate it's flavours. 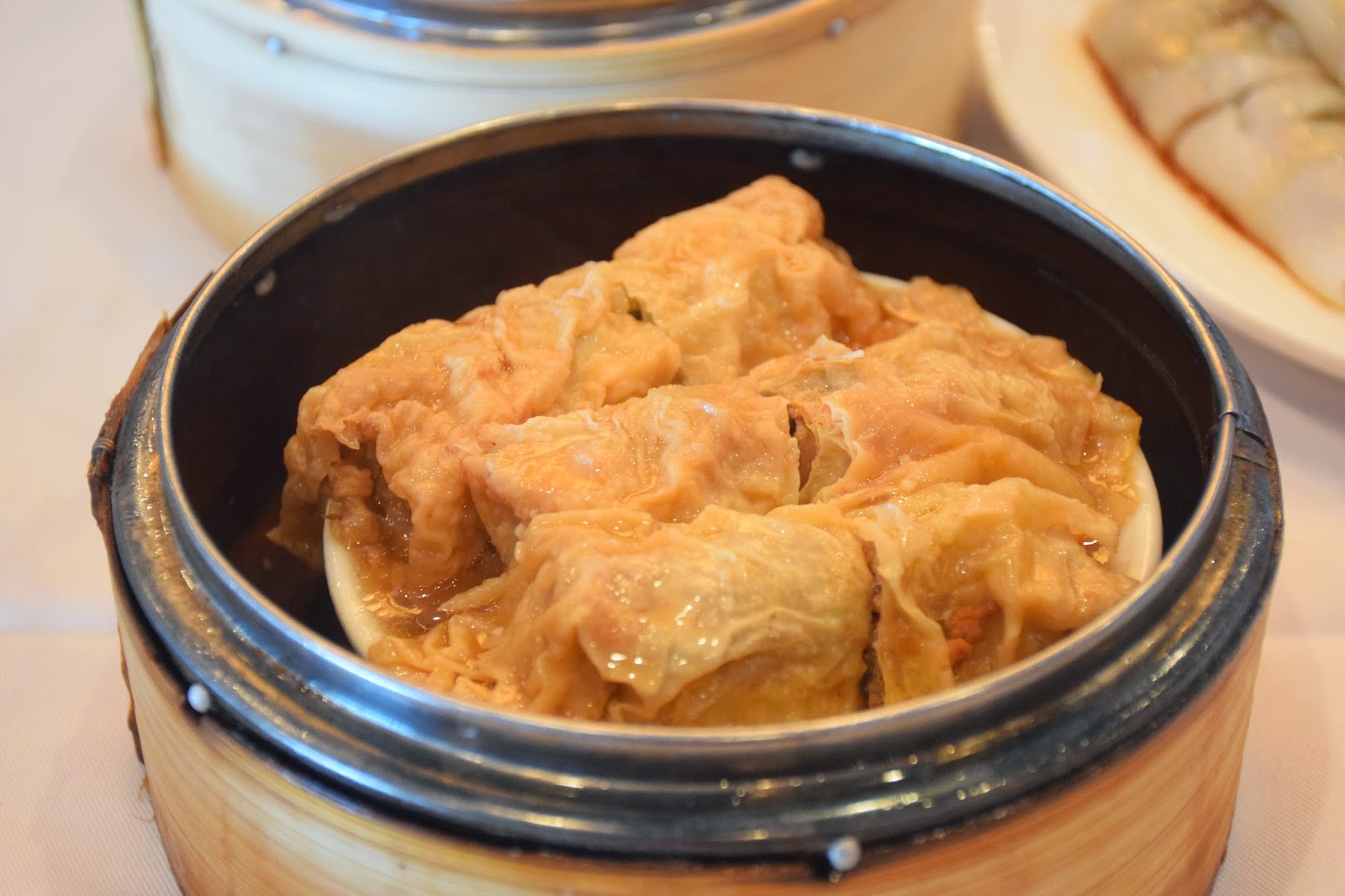 Wrapped Bean Curd
3.5/5 stars
I'm usually not a fan of bean curd rolls in sauce, but admittedly, these were tasty. When I asked the server if they had bean curd rolls, she said she did, so I ordered it. However, it completely slipped my mind to ask if it was fried bean curd, because I prefer those. The interior filling
The bean curd wrap was reasonably thick and just the right texture. The interior filling consisted of mushroom and pork that was moist, chewy and flavourful. 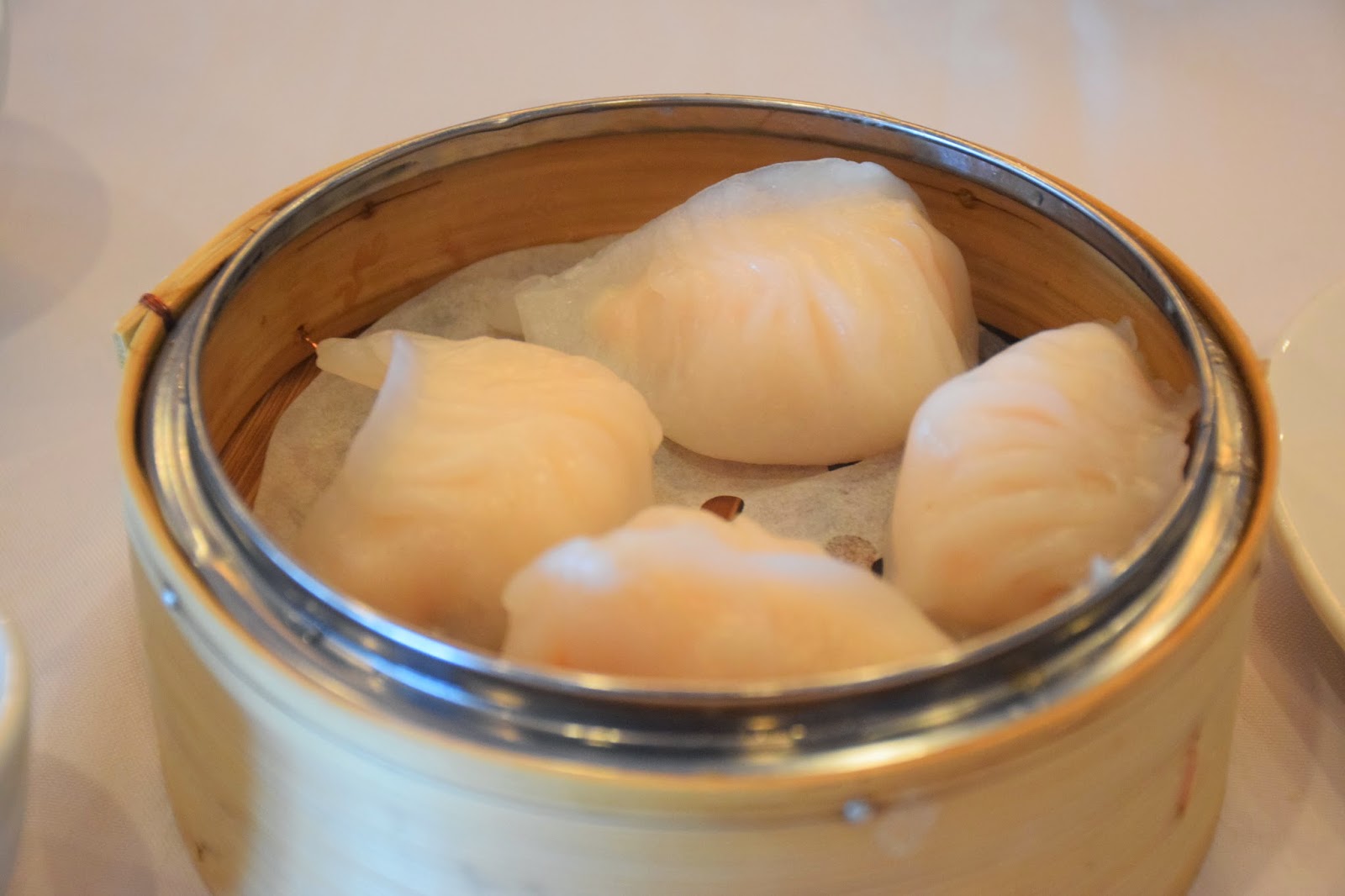 Har Gow (Shrimp Dumplings)
4/5 stars
Har Gow (shrimp dumplings) are usually the bar in which a dim sum restaurant is judged. The skin on a well made har gow should be slightly translucent, smooth to the touch, yet still retain firmness. Continental's rendition was above average. The skin was firm, without being overly tough and had a glutinous texture. There was an ample amount of shrimp filling, which was well seasoned, without relying on too much salt. 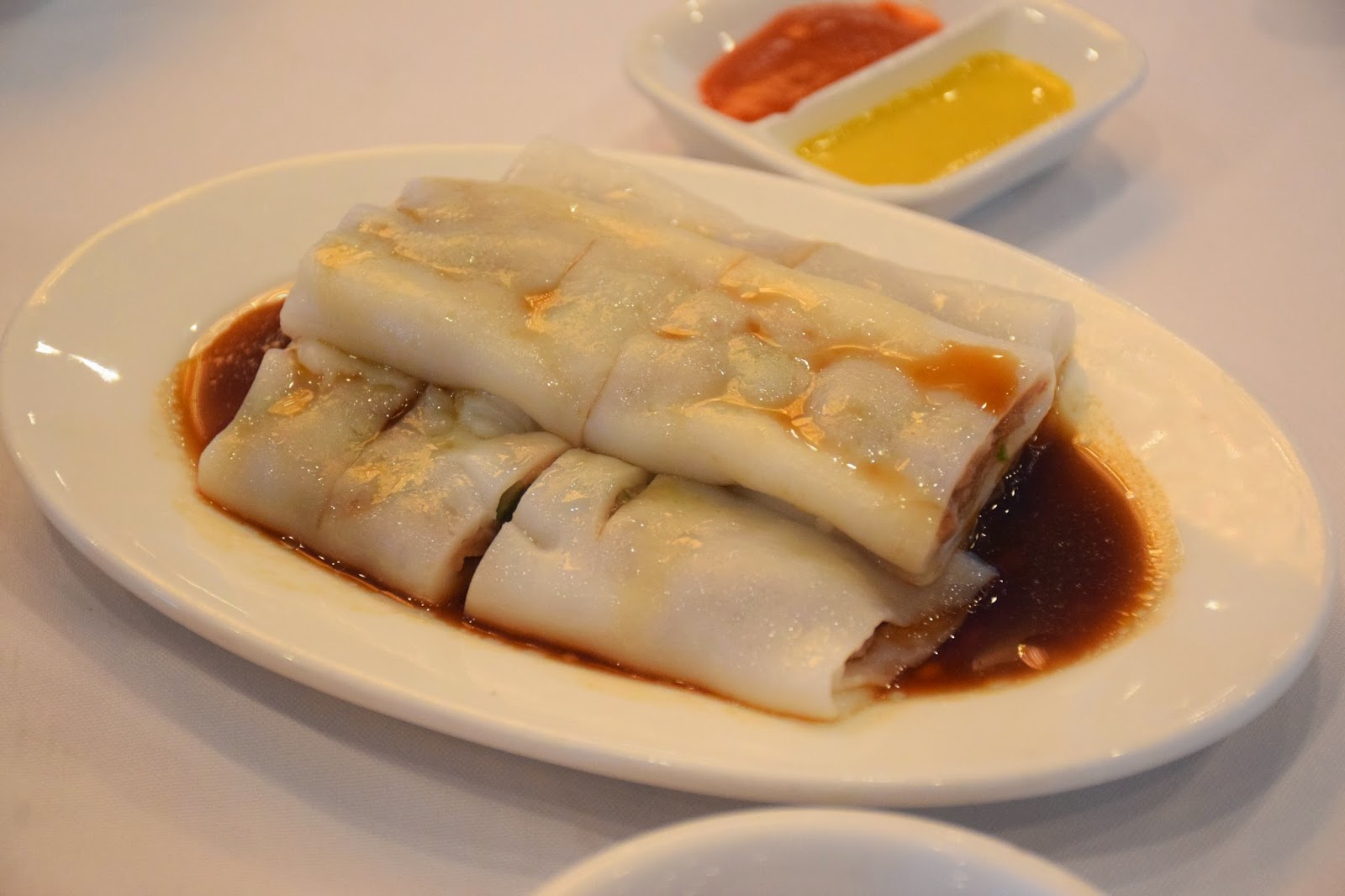 Beef Rice Rolls
4.5/5 stars
These were excellent as well! The rice rolls were the perfect texture, silky, smooth and melted in your mouth. The skin was just the right thickness, not overly thick as to distract from the filling, nor was it too thin, which would make it susceptible to breakage. The beef filling was juicy, flavourful, and wasn't too oily. The sweet sauce base wasn't overly salty, and complimented the dish very well. 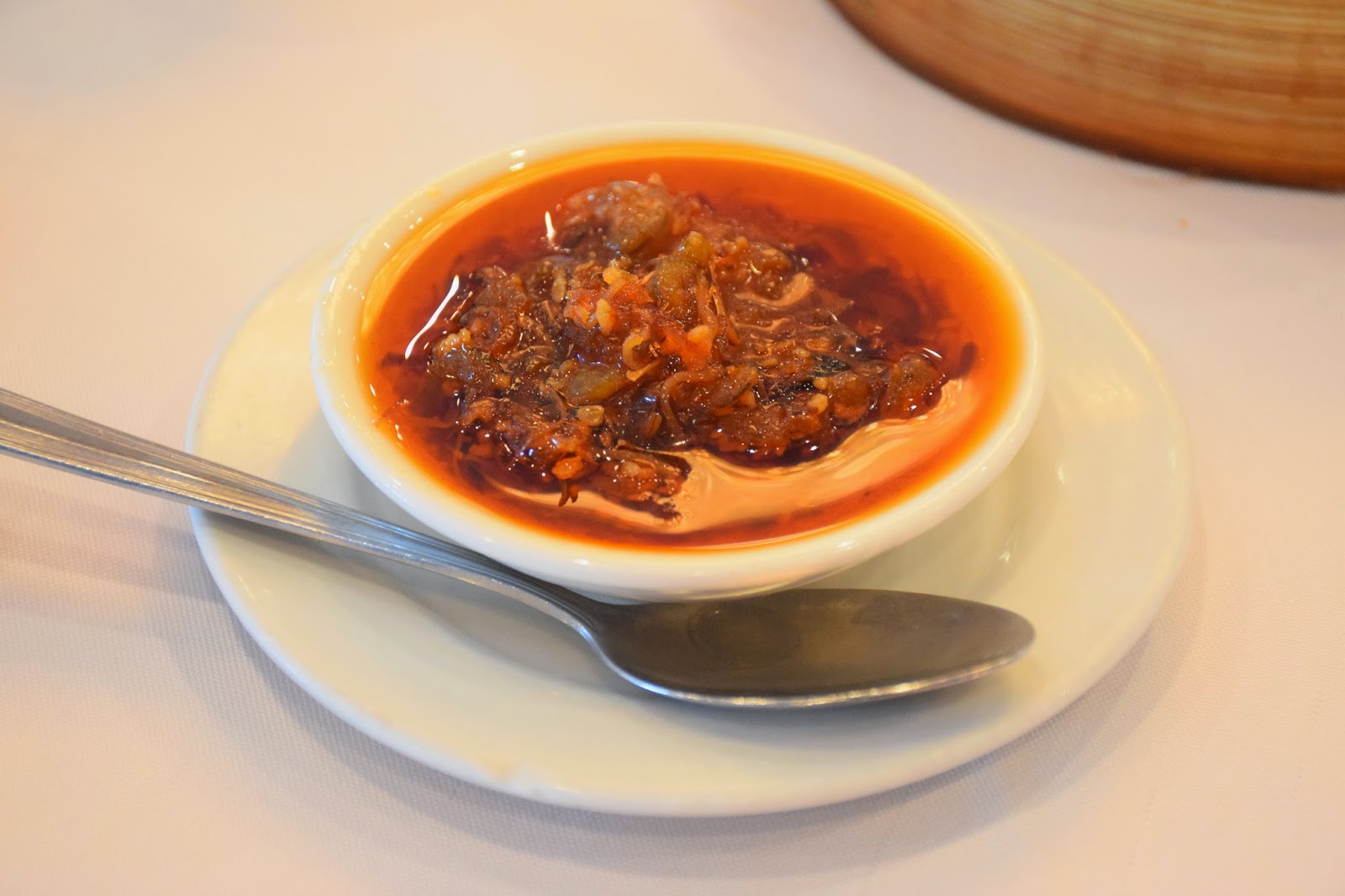 XO Sauce
Xo sauce is an extra $3 charge here. I first I was a bit taken aback, but when the sauce came, I understood why. There were ample amounts of shrimps and scallops, as opposed to the usual cheap XO sauce comprised of a mashed paste. The oil base was very spicy, and the sauce itself was rather fishy, with the seafood flavour being very potent.

Overall, Continental really impressed me! My dad even commented that he may consider making Continental his default dim sum restaurant! The service was surprisingly polite, efficient, and friendly! The prices are middle of the road, not cheap, but still relatively affordable. With all the dim sum options in Richmond, Continental is well above average and ticks all the boxes of a great Dim Sum restaurant! I'll definitely be back!