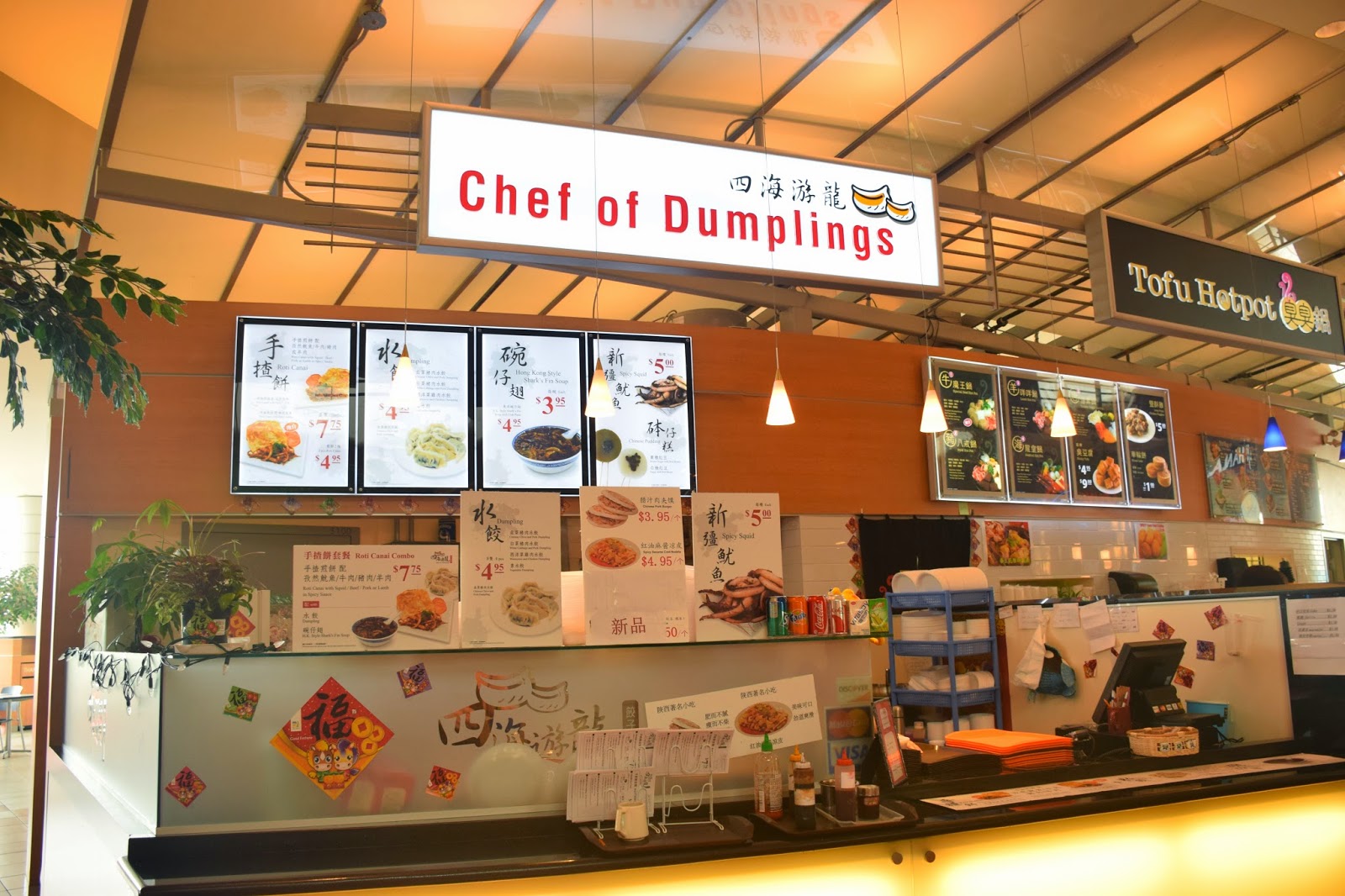 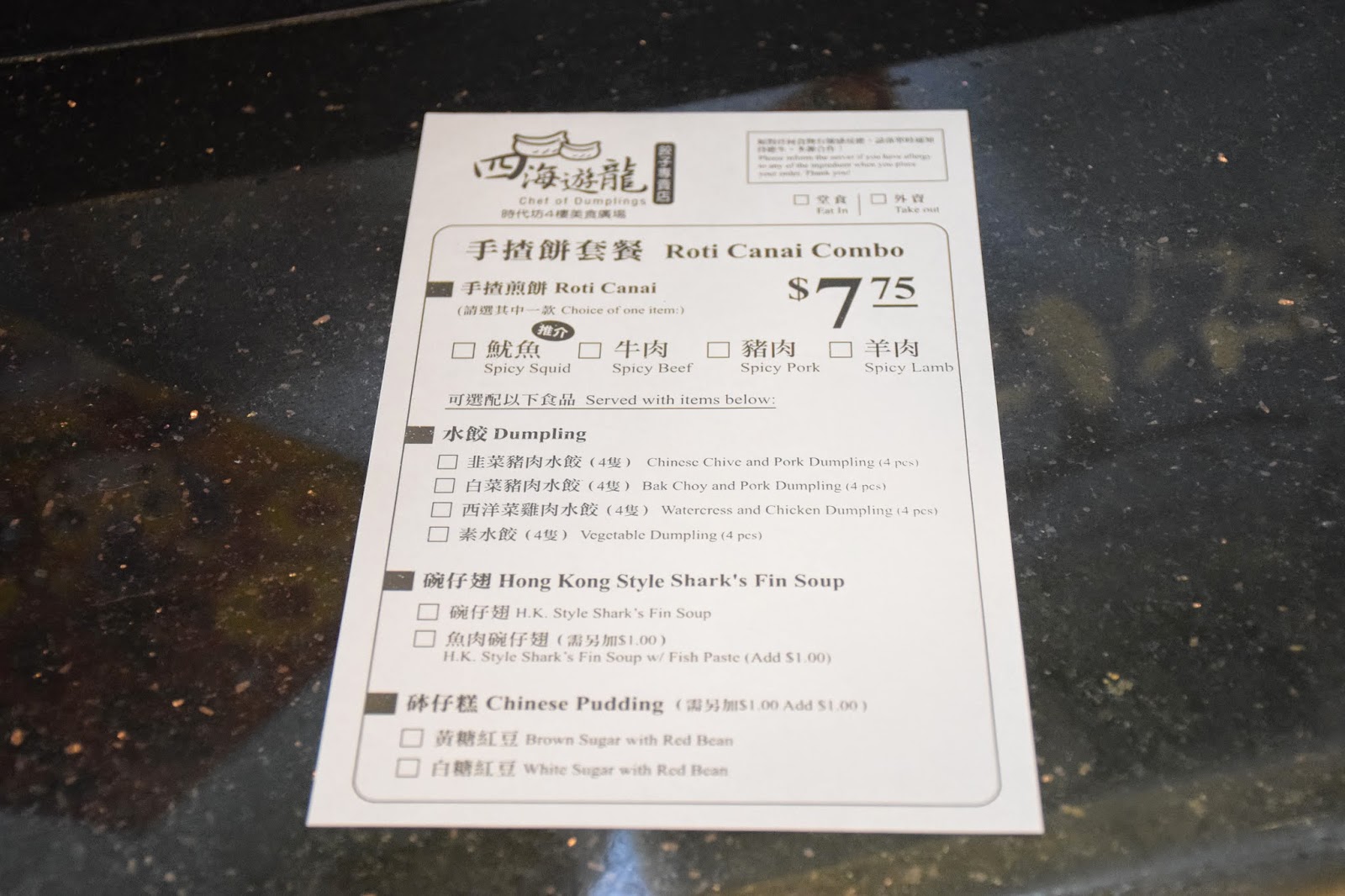 You have a choice of squid, beef, pork or lamb. You can also choose between 4 types of dumplings. I went with the stiry fry lamb and chinese chive dumplings. 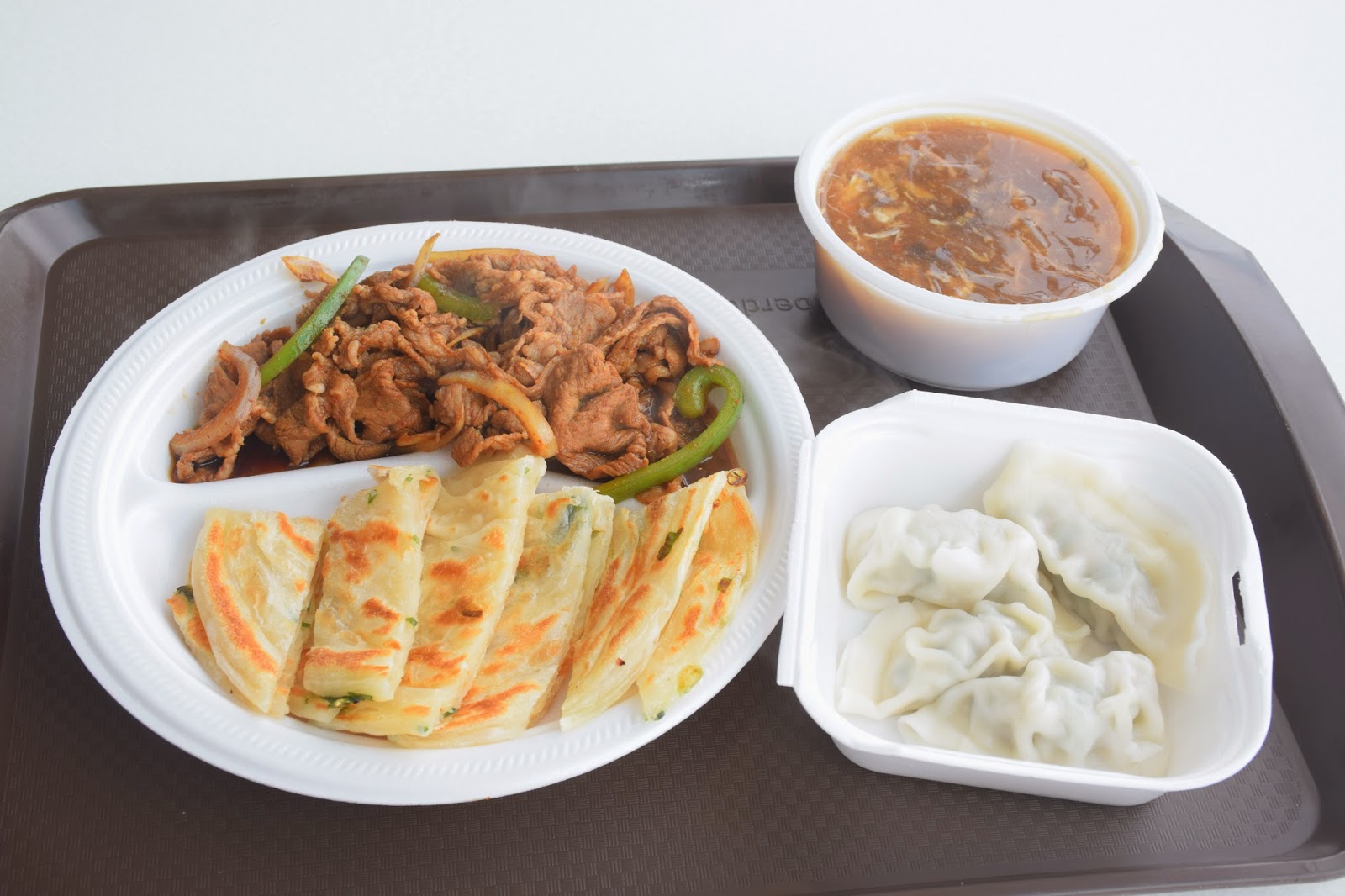 Spicy Stir Fry Lamb: 4/5 stars
This was actually surprisingly tasty! There was a substantial amount of lamb, which had been dosed with heavy spices. The lamb itself is really spicy so make sure you ask for non spicy if you can't take spicy foods haha! Half of the lamb was sitting in a sweet soy sauce, and the other half was sitting in a goopy spicy sauce. Not sure why they decided to split the sauce up into two sections on the plate, but I didn't really mind.

Roti: 3/5 stars
I'm assuming that they were aiming for Malaysian style roti, but this wasn't reminiscent of roti at all. I'm also pretty sure that there aren't chives in Malaysian style roti haha.  This was basically chinese chive pancakes. I didn't really mind though haha because I love chive pancakes! They fry the pancakes on the spot, but I'm pretty sure they're pre packaged frozen pancakes. Nonetheless, they were still pretty tasty! The pancakes were springy and flaky, and had a nice charring to it. It was well flavoured and the chives made the pancake incredibly fragrant.

Chinese Chive Dumplings: 1/5 stars
These tasted like your average store bought dumplings from T&T haha. The skin was doughy and thick, which results from machine made dumpling skins. Hand made dumplings skins are thin, translucent, and have an elasticity to them.
The filling was really bland, with the only real flavour coming from the chives.

Imitation Shark Fin Soup: 1/5 stars
I don't support the killing of sharks for consumption, so I have no desire to try real shark fin soup. Since I've never tried real shark fin soup I don't really have anything to compare this to, but I'm pretty certain that this isn't reminiscent of the real thing. This was basically just mushroom soup with vermicelli in it. The soup was rather thick, with a potent mushroom flavour, and wasn't too salty. 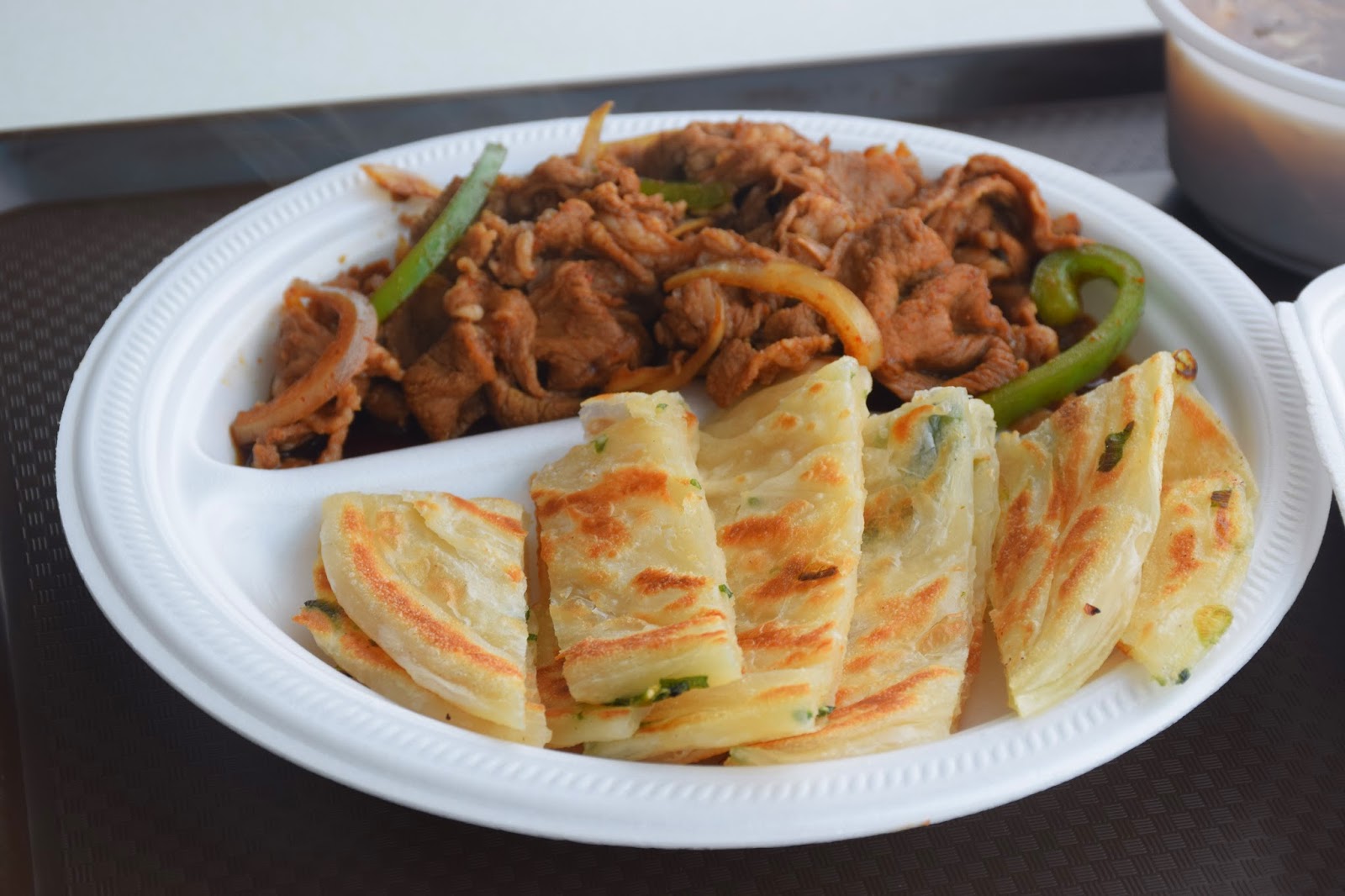 Overall, I would definitely come back for their stir fry lamb and chive pancakes! I wish that they would omit the soup and dumplings and have the option to get a larger portion of lamb haha. I'm glad I found another vendor to eat at in the Aberdeen food court!