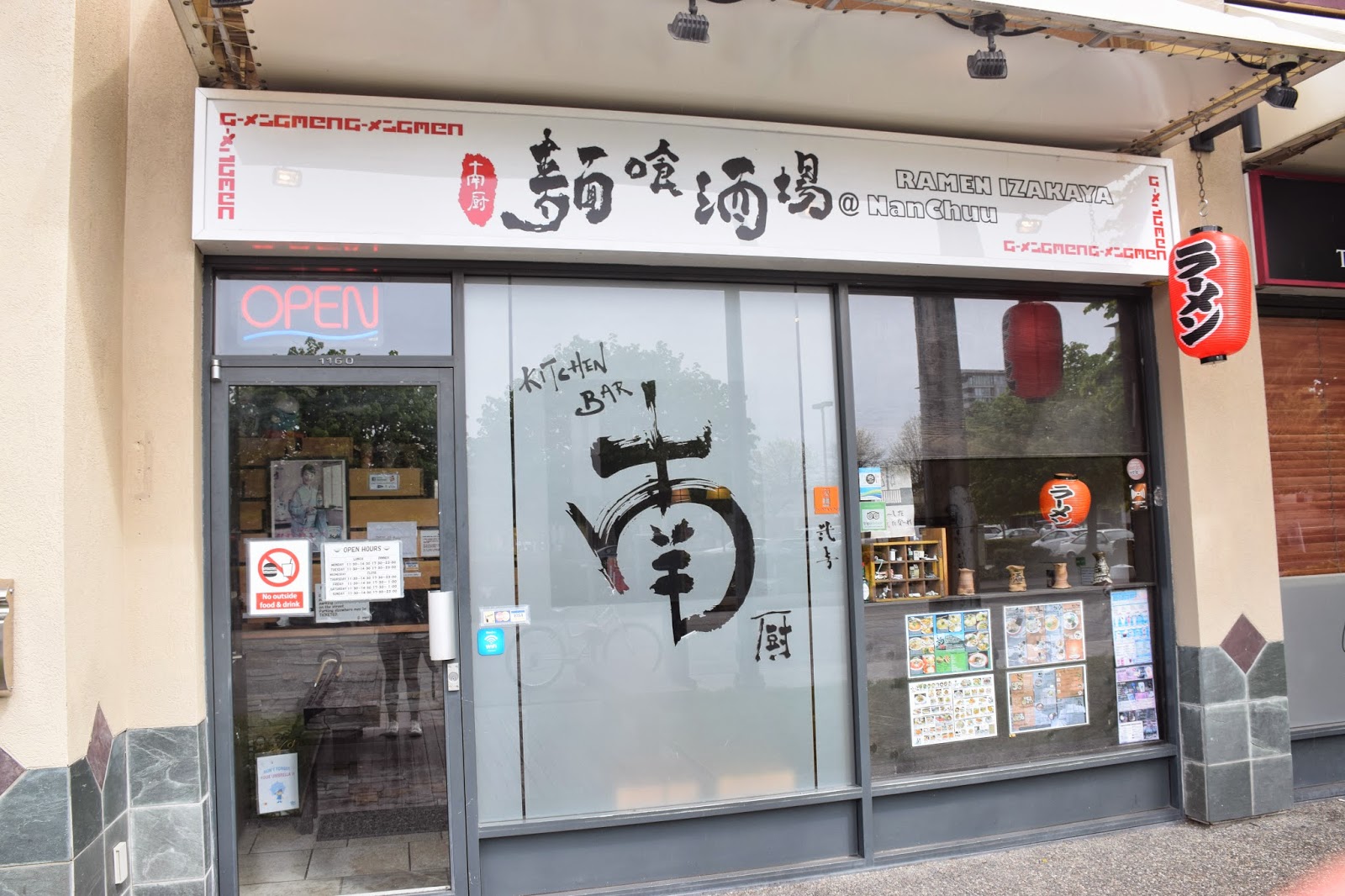 Gmen Ramen use to be a stand alone ramen restaurant that became an Izakaya after merging with Nan Chuu, which is part of the Gyoza King Group. Even with the management change, most people still refer to it as Gmen Ramen!

I have to admit, I'm not much of a noodle person haha...I love my rice! However, Japanese ramen is an exception! Gmen Ramen is located on the famous Eat St, better known as Alexandra Road, and serves up some of the best ramen available in Richmond! Their slogan is hilarious: "No Ramen, No life." 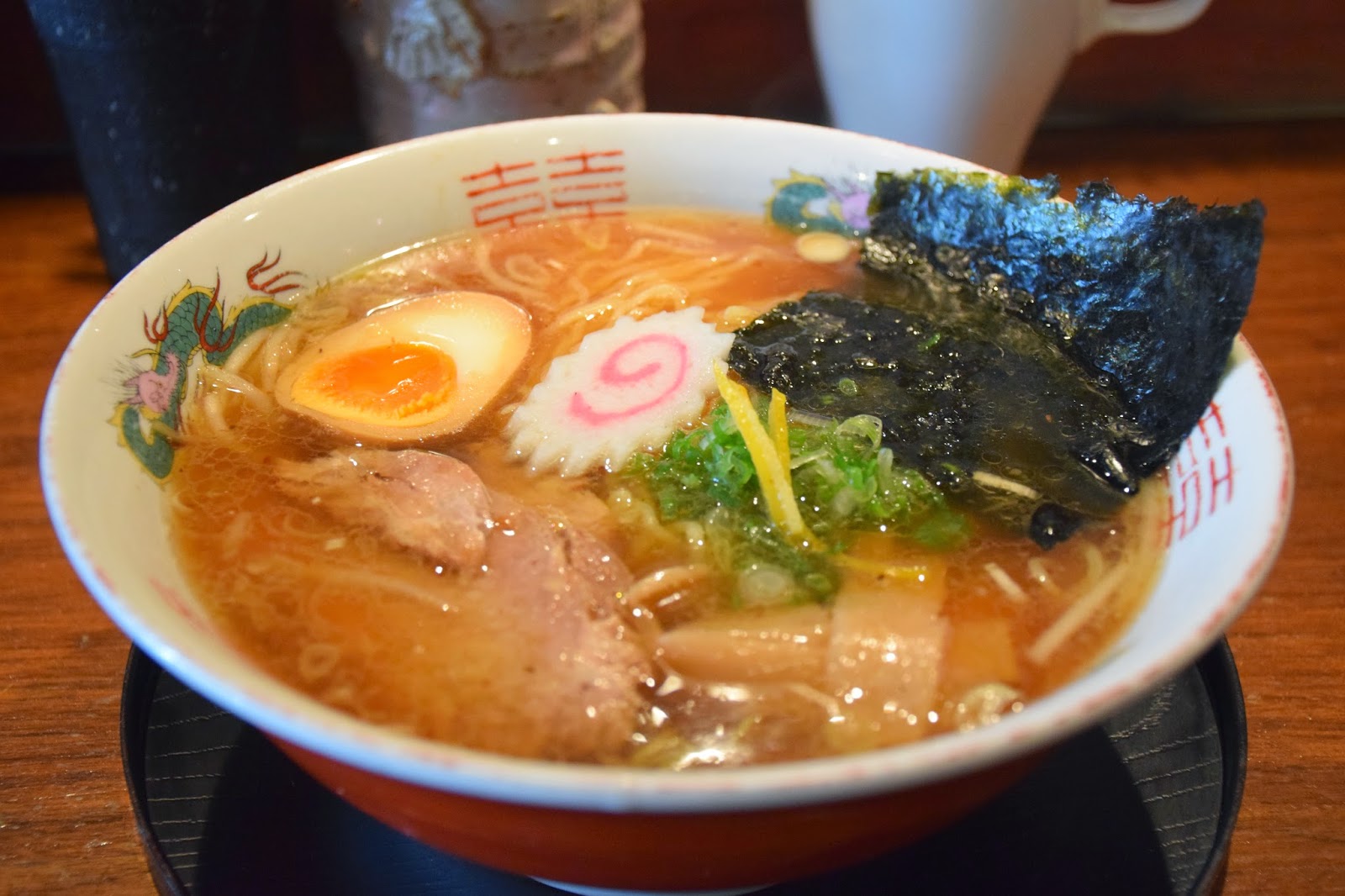 4/5 stars
The ramen noodles were al dente and had the perfect bite. The broth was interesting as it had multi dimensional layers of flavour. The shoyu ramen broth is their signature ramen which is simmered in pork bone for hours to give it a deep, rich flavour. The initial flavour to hit you is a potent pork bone flavour, which gives away to a light green onion taste, and leaves a slight aftertaste. After consuming about 1/3 of my bowl, I began to taste traces of MSG. In fact, the more I slurped, the more prominent the MSG became, and the more it overpowered the pork bone flavour. However, with asian cuisine, MSG is inevitable so it didn't bother me too much.

The ramen also came with 3 pieces of Char Siu Pork. You can add 4 pieces for an additional $2.50. The pork was incredibly tender, juicy, and had picked up the flavours of the broth. There were also bamboo shoots in the broth, which had a prominent grassy flavour. 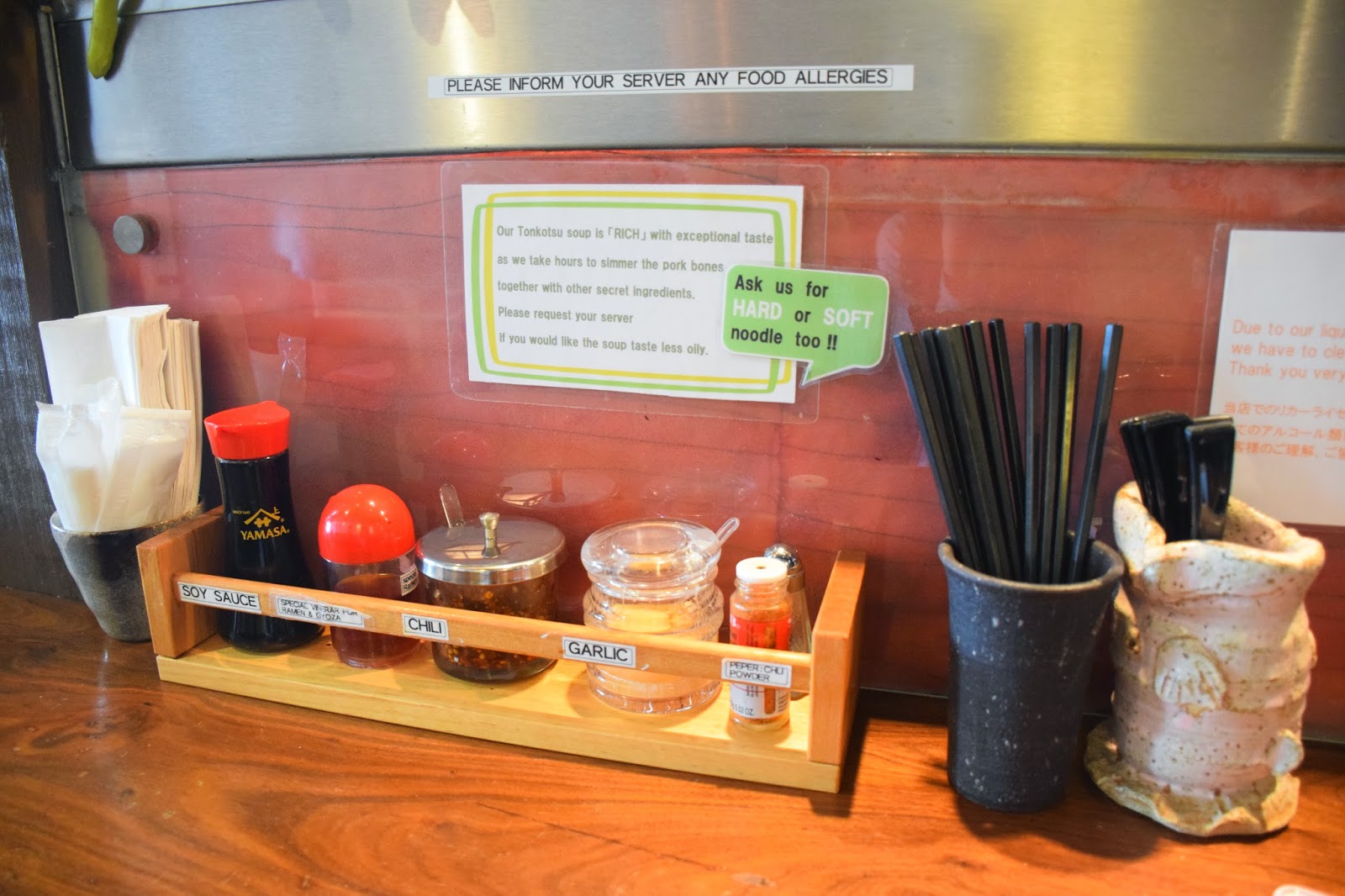 They have various condiments such as soy sauce, their special vinegar, garlic, chili, for you to add. On the wall they have a sign instructing you how to eat ramen for the ramen noob haha. They suggest eating 1/3 of the bowl before adding seasoning, to fully appreciate the flavours of the broth.

Overall, I really enjoyed my meal at Nan Chuu. If you're looking for delicious, authentic Japanese ramen in Central Richmond, Gmen is the place to go! :D