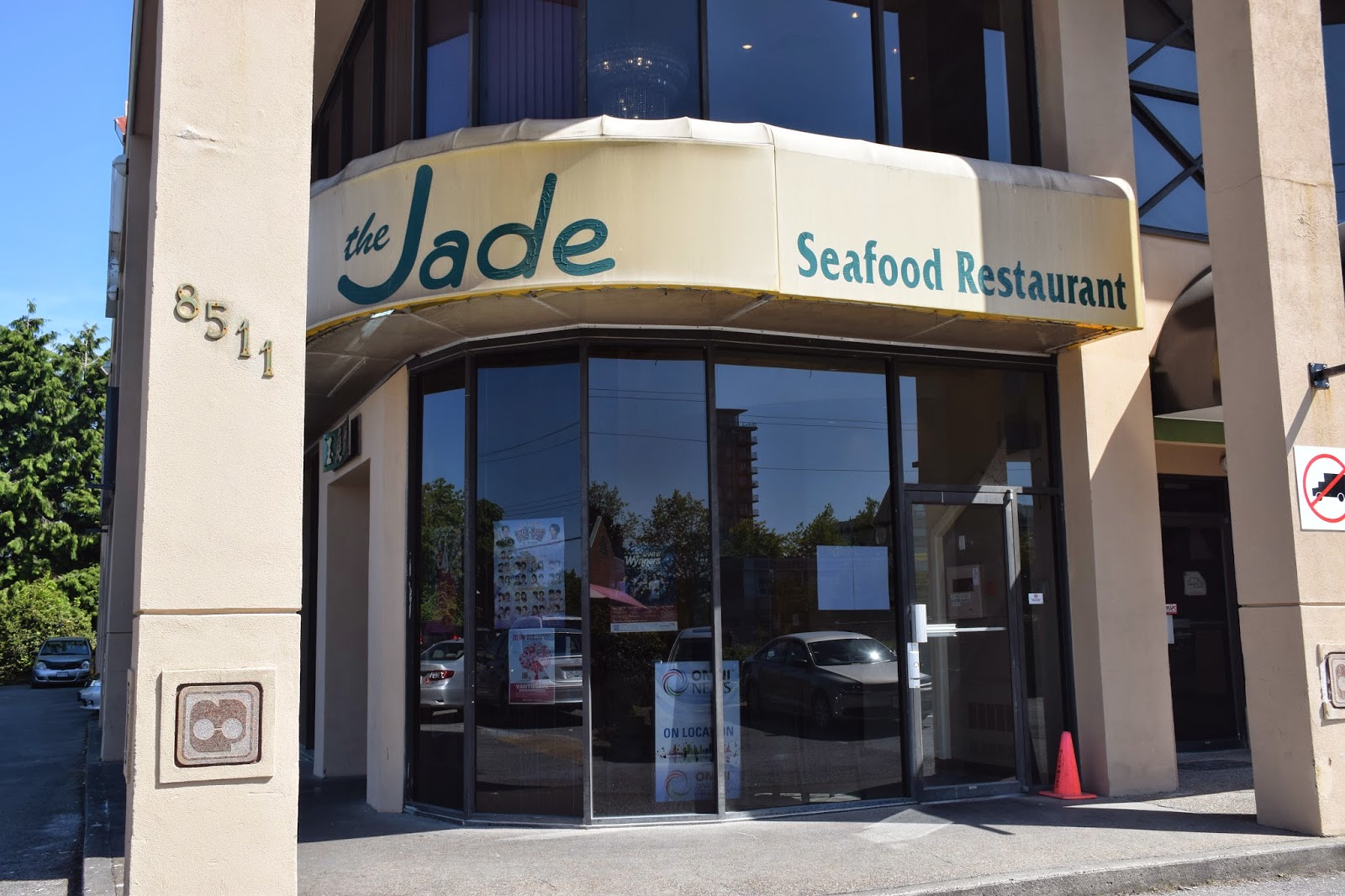 The Jade Seafood Restaurant is located on Alexandra Road in Richmond. Even though Jade is considered a more upscale restaurant if you go between the hours of 9 am - 11 am dim sum is 20% off! Make sure you have the server print out your receipt to ensure that you get the discount! Aside from the regular dim sum fare, we also got a set where you can choose 1 dim sum item, 1 main dish, a bowl of congee and dessert for only $9.99! Another huge plus is that the tea at Jade is free! Usually dim sum restaurants charge $1 per head. 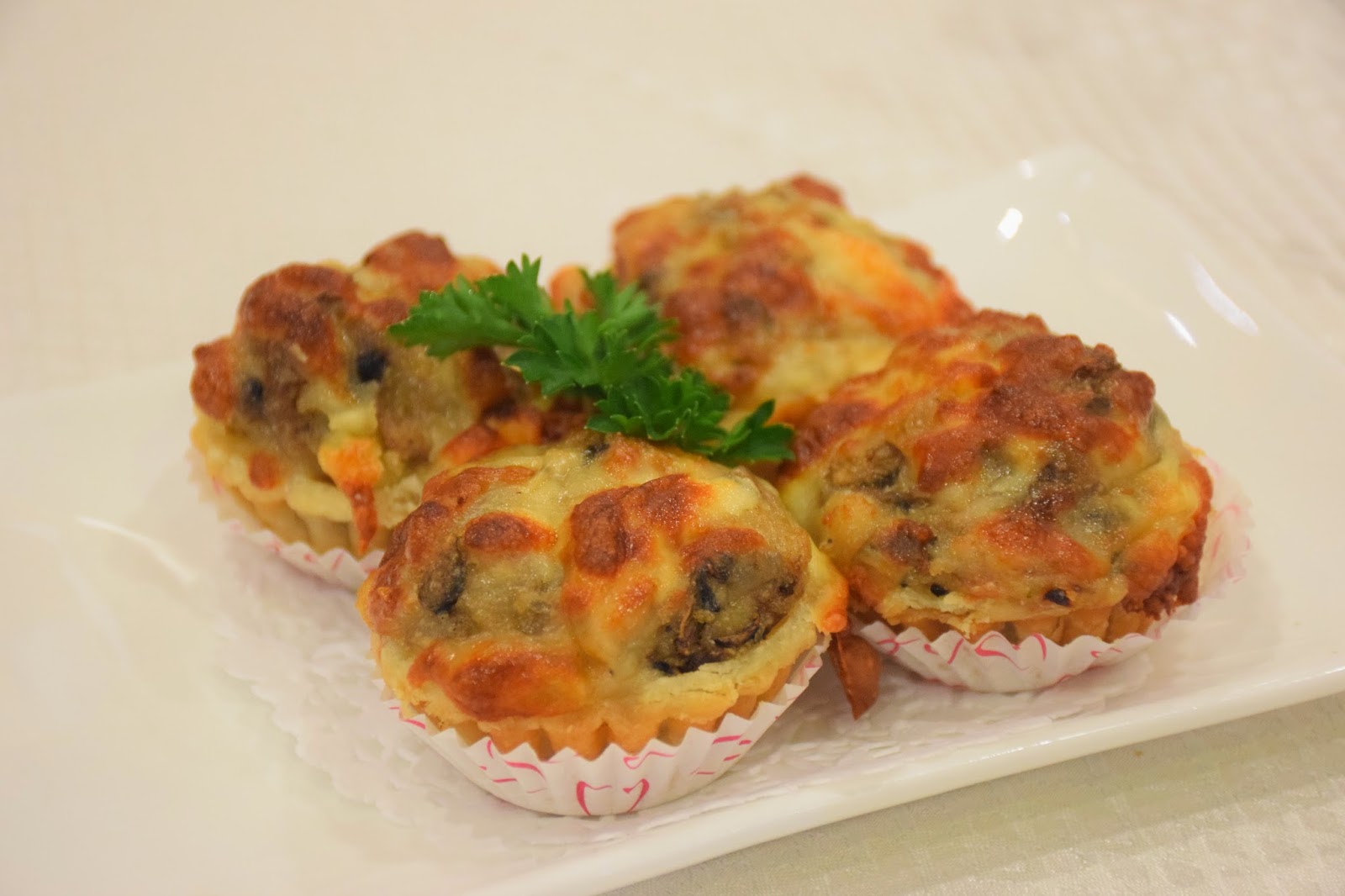 I'm not sure if this is exclusive to Jade or not, because I'm never seen this on the menu at any other dim sum restaurant. Cheese isn't very prevalent in Chinese cooking, so this was definitely different from any other dim sum item I've ever tried. The tart was filled with a caramelized mushroom filling, which is topped with cheese, and torched. The mushroom filling is incredibly creamy and fragrant from the cheese. The torching results in the tart having a nice charring. The tart shell itself is crumbly, flaky, and very buttery. 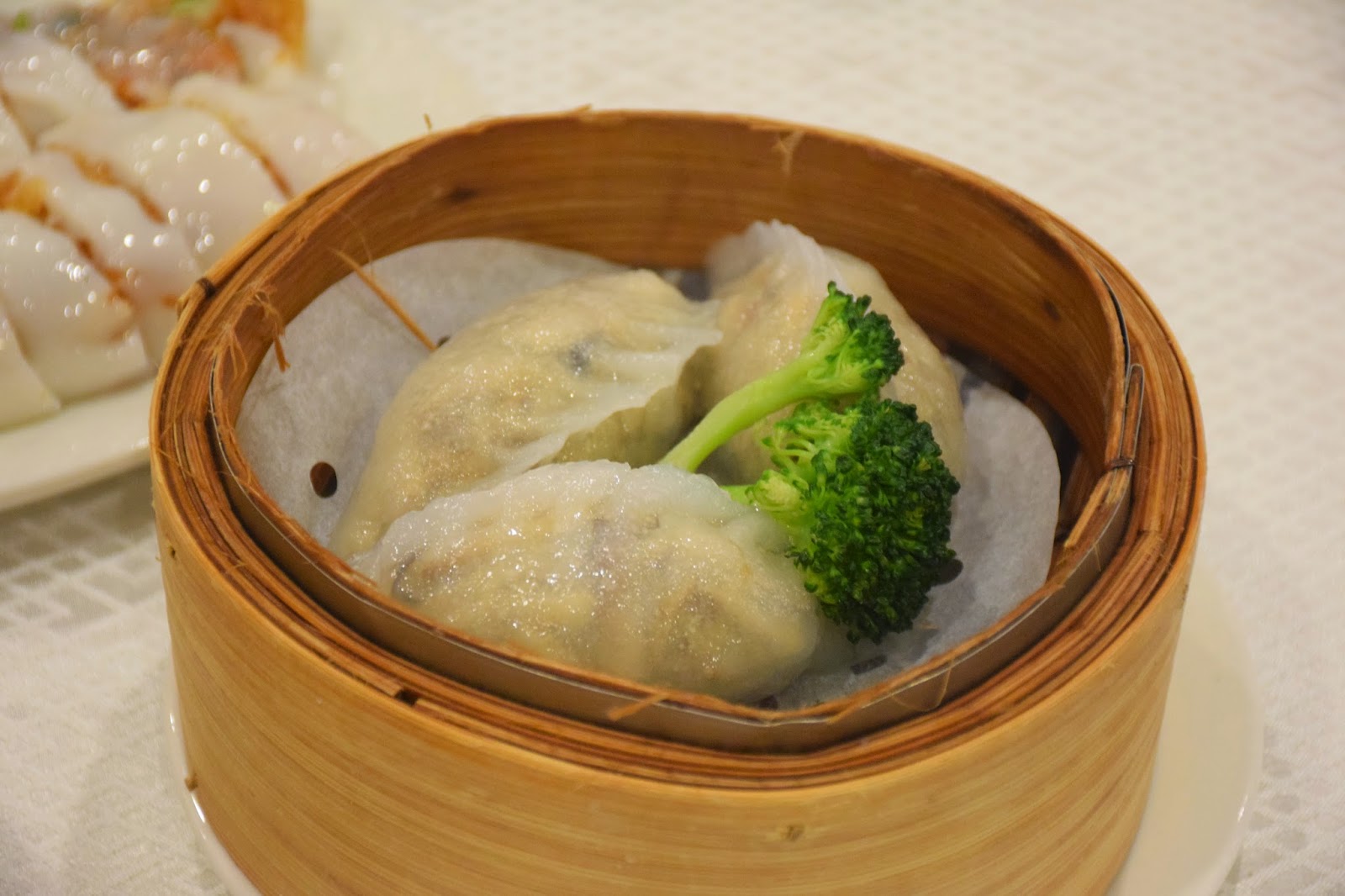 One of their signature dim sum dishes are their mushroom dumplings. I highly suggest that you try this dish, because it definitely lived up to my expectations! These were done exceptionally well here. The skin was thin, translucent, and smooth to the touch, a sign of well made dumpling skins.
The mushroom filling is incredibly complex which results from the variety of mushrooms they use, with a deep woody and smoky flavour, and faint notes of citrus. 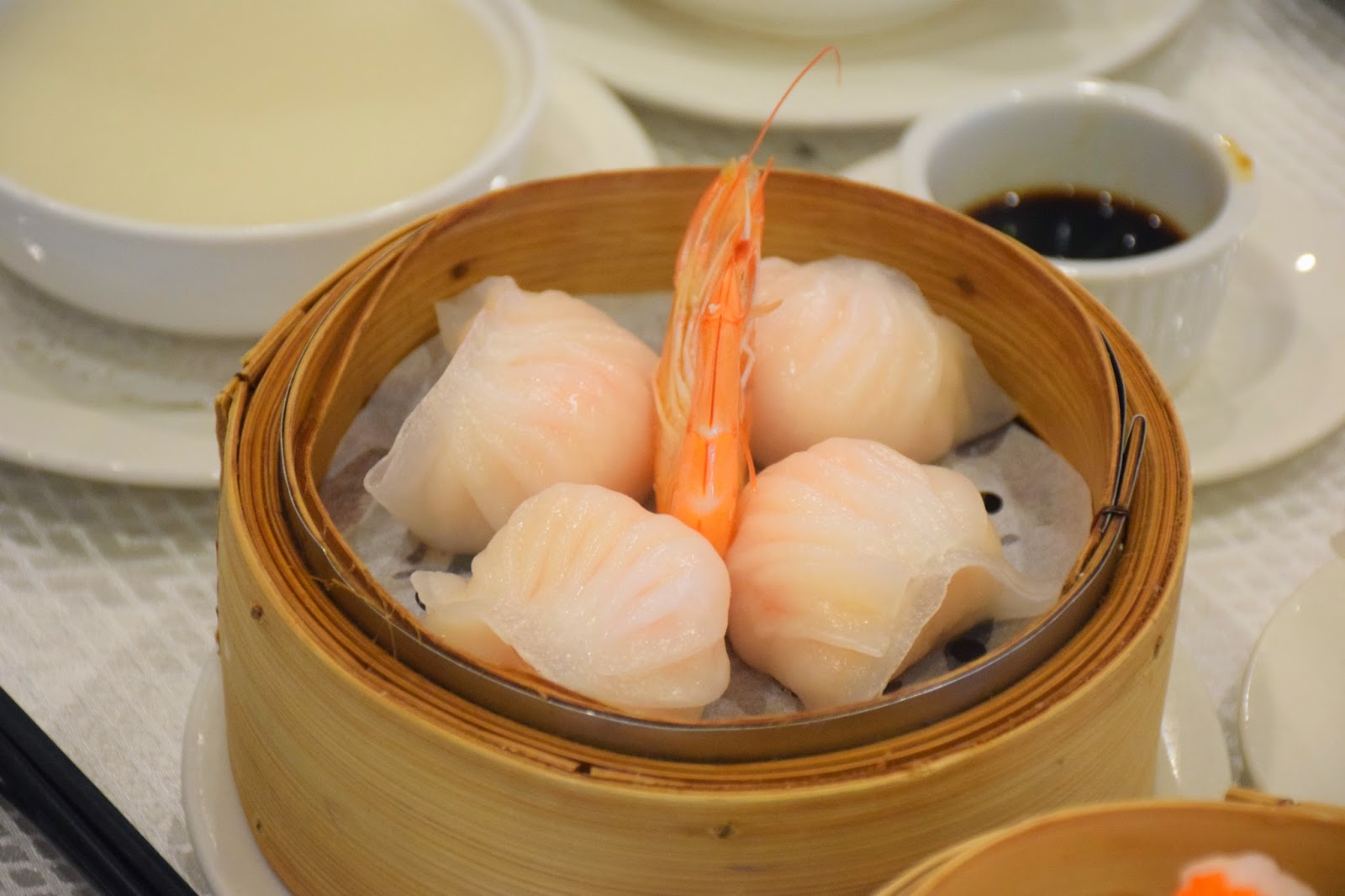 The presentation of the har gow was above average for a regular dim sum restaurant. The har gow was facing outwards with a decorative shrimp in the centre, which I thought was a nice touch.
The skin of the har gow was translucent, thin, and smooth, with perfect folds. The shrimp filling was the right texture, and was well seasoned without being too salty. 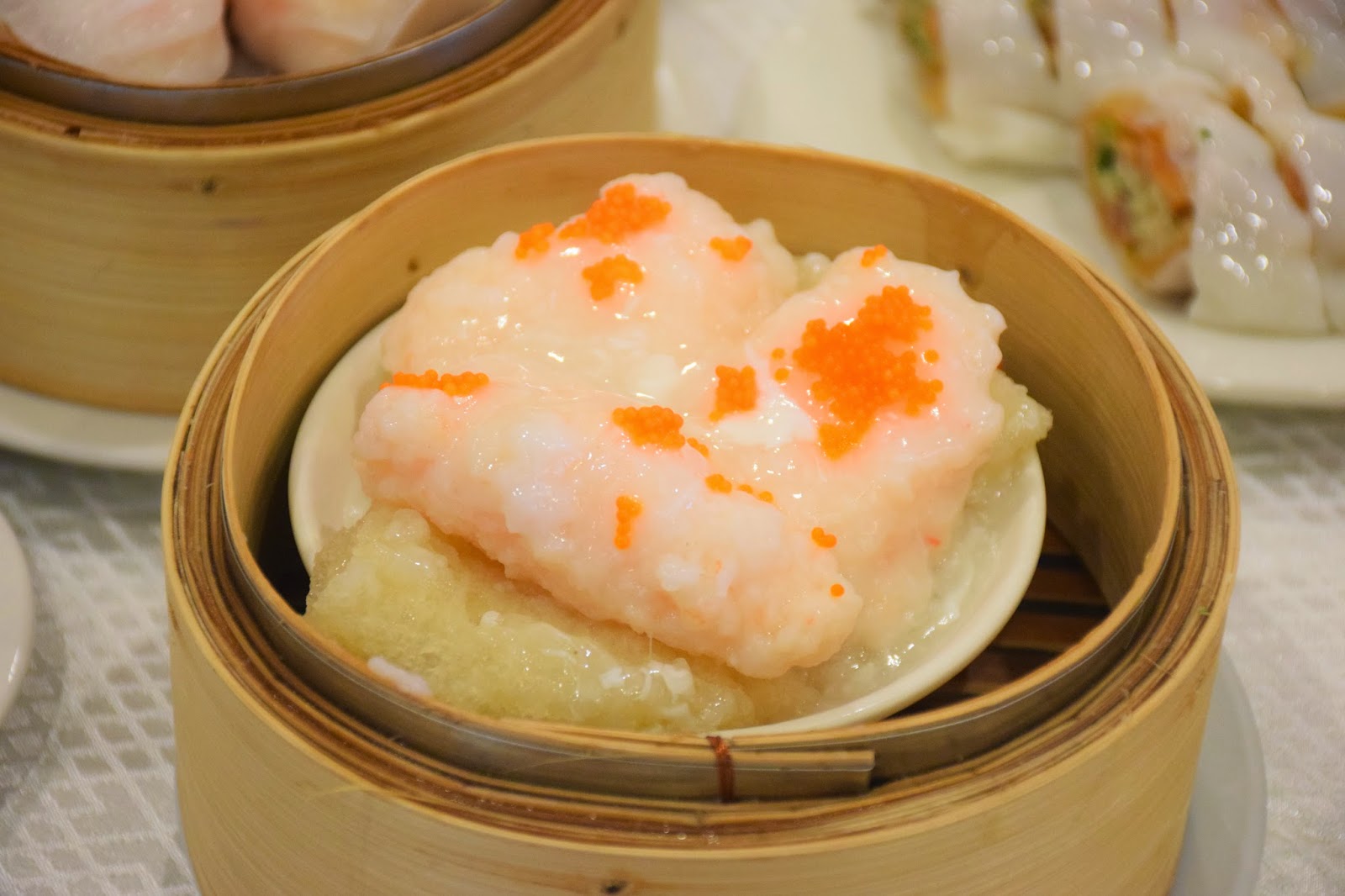 Fish Maw is actually fish stomach! Fish maw is spongy in texture and feels err...spongy in your mouth haha. It's fun to feel the spongy texture with your tongue! ...well I thought it was fun *awkward laughter*
The stomach doesn't taste fishy at all, having soaked up all the flavour of the broth. The shrimp paste was plump and juicy, reminiscent in texture to the har gow, but was noticeably saltier. 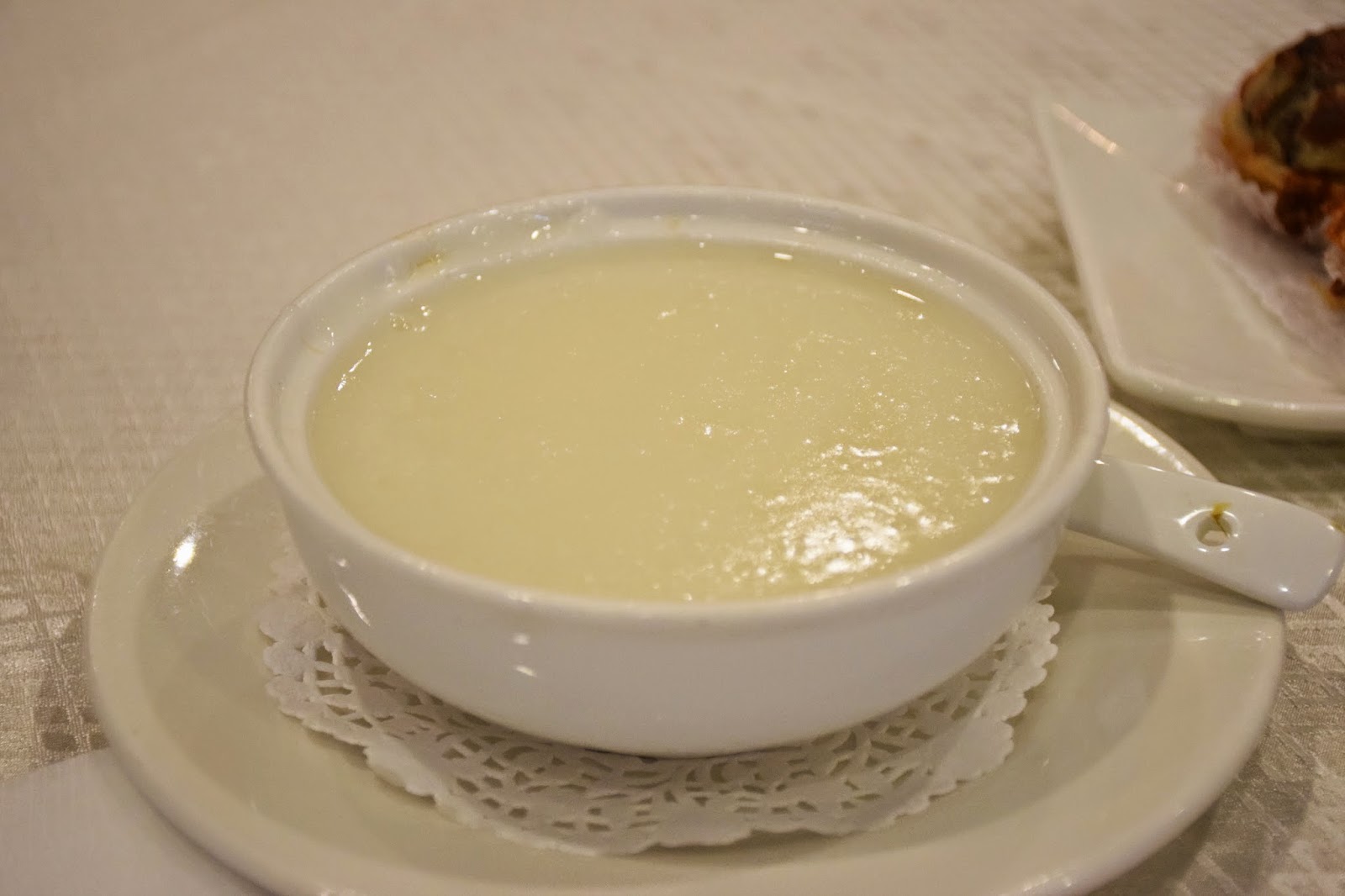 4/5 stars
The combo that we ordered also came with plain congee. I first I was a little disappointed to learn that the congee was plain, but my disappointment quickly tided over. Since the flavours of the dim sum was already so heavy, it was refreshing to have a side of plain congee as a palate cleanser from the other flavours. The congee was just the right consistency, it wasn't too watery nor too thick. 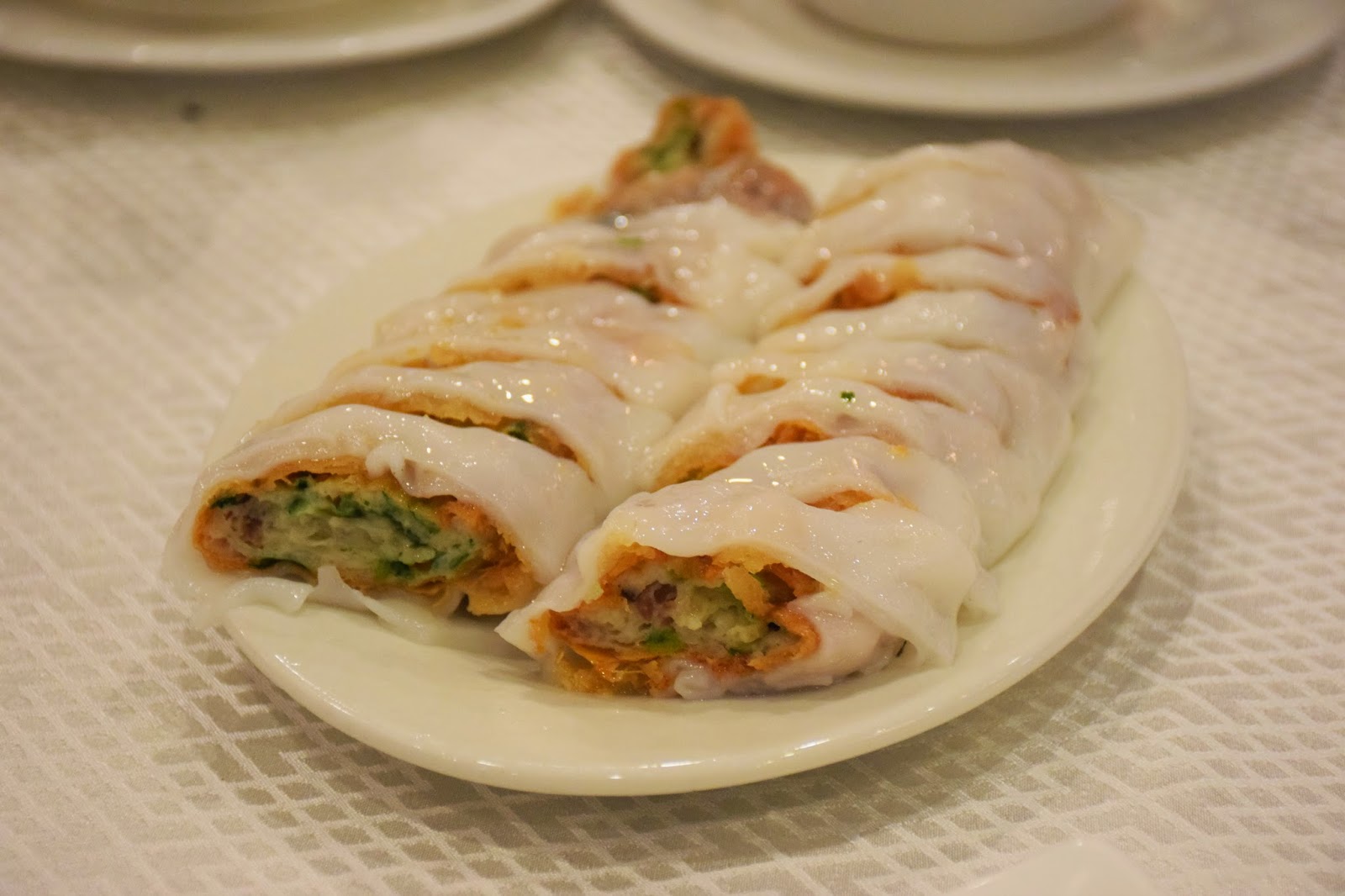 Fried Bean Curd Fish Paste Rice Roll
4/5 stars
This was really delicious! The portion size was really large as well! If you're tired of the usual Chinese donut rice roll, I suggest you try this! The fish paste is wrapped with bean curd which is then wrapped in a rice roll. The fish paste isn't fishy at all, its rather salty and gummy in texture. The bean curd is fried which lends a nice contrast to the softness of the rice roll. 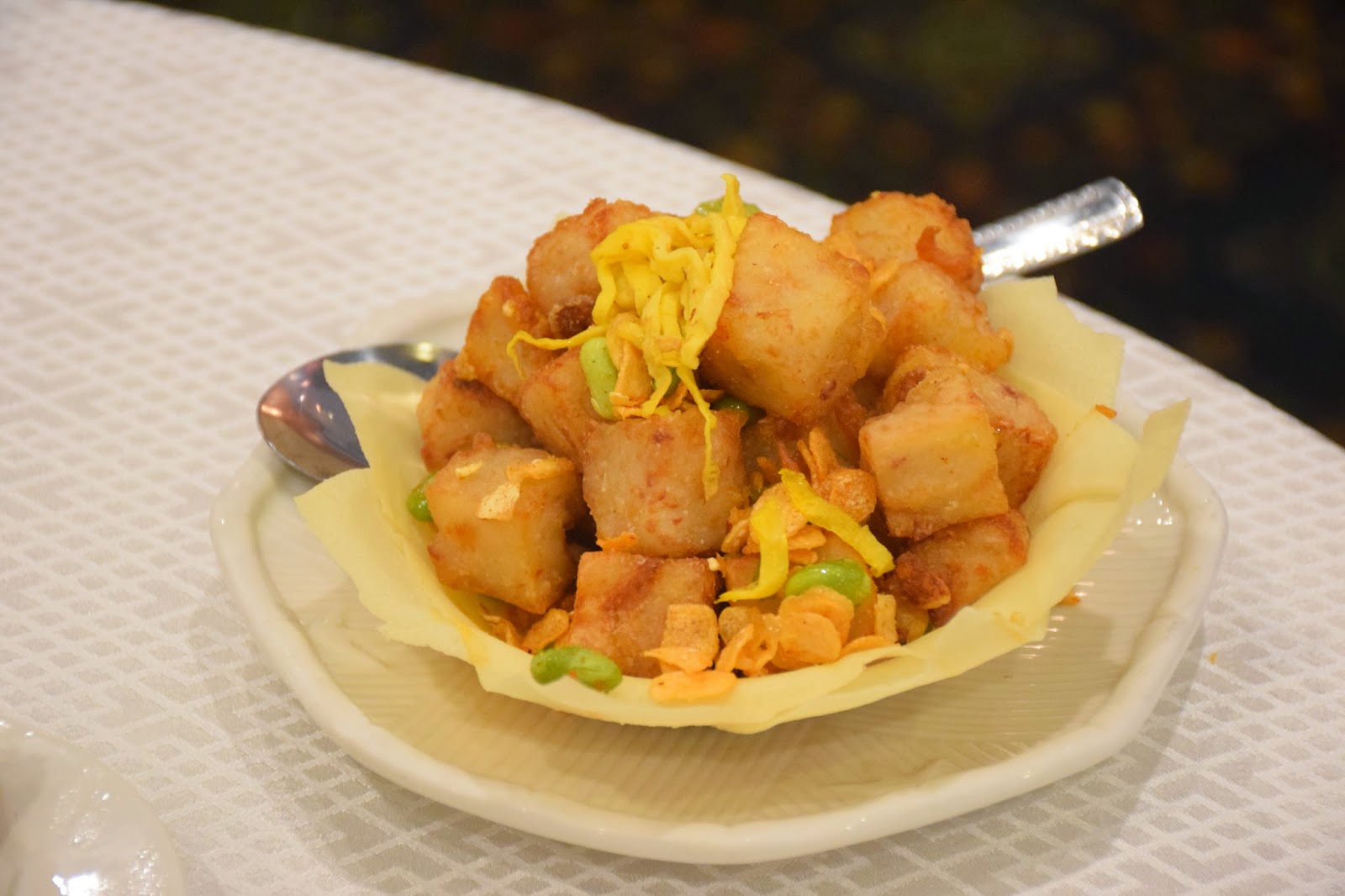 Pan Fried Radish Cake with XO sauce4/5 starsThis was a really neat dish! The radish cake was actually sitting in a bowl made out of rice paper! It's the same wrapping that they use in spring rolls! So guess what I did? I ended up eating the rice paper bowl harharhar. Even though my dad told me no to because nobody eats the bowl, I ate it anyway! It was crunchy and actually tasted pretty good because it had soaked up all the flavours from the radish cake! :PAs for the radish cake itself, while it was moist, it was VERY(necessary emphasis) salty. I'm not sure if it was intentional or if the chef was just too heavy handed with the salt. The edameme and corn flakes that was sprinkled on top was even saltier! It didn't taste like MSG, it just tasted like straight up salt. The saltiness was rather distracting, but I still enjoyed the contrast of the crunchy cornflakes to the mushiness of the radish cake. 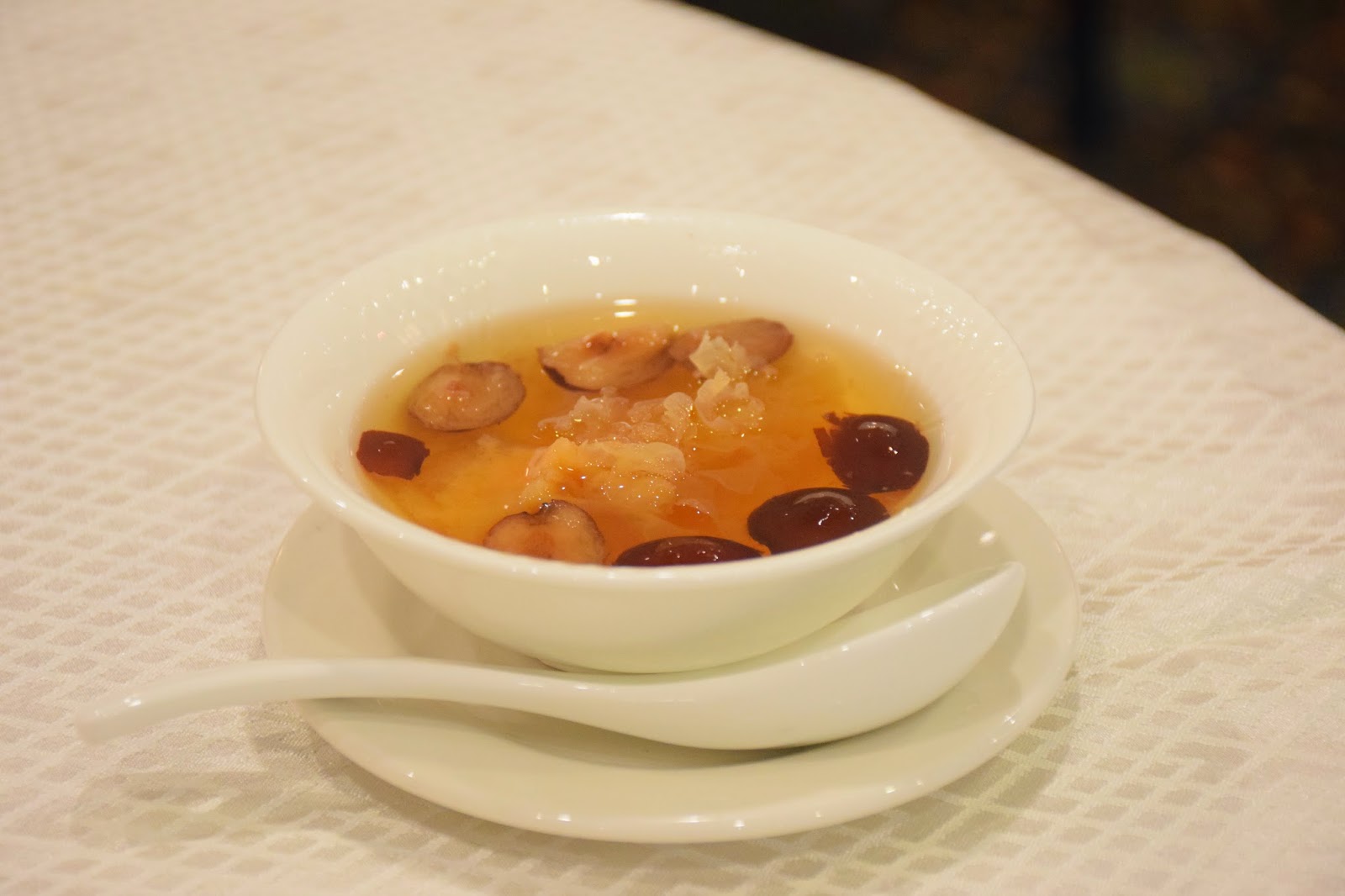 Longan Soup
4/5 stars
Because we had picked a combo, we also got their dessert of the day, which was longan soup! The syrup was rather sweet, with a slight woody undertone. The longan bits were very sweet, as were the dates. The white fungus was chewy, and had soaked up the flavours of the syrup nicely.

Overall, my dad and I were really impressed considering that the bill only came to about $28.50 after taxes! Service was well above average and the food came very quickly. I recommend that you give Jade a try next time you're in Richmond looking for Dim Sum!