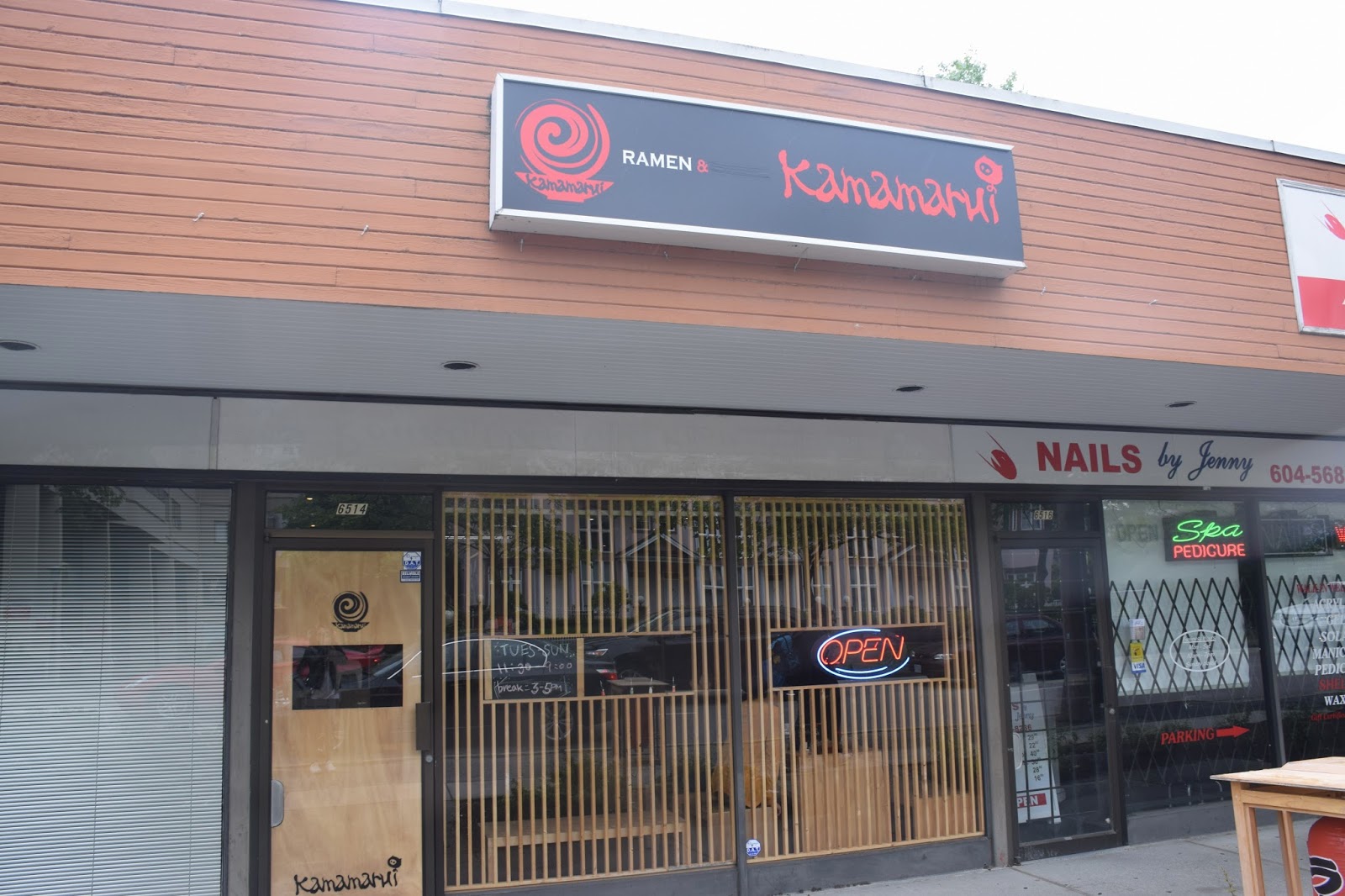 There aren't many Ramen joints in the Metrotown/Royal Oak area, so I was stoked when I first heard about Kamamarui Ramen & Don! It's only a short walk from Metrotown, so if you're craving ramen, its a great place to hit up after shopping! After reading the rave reviews about this place online, I knew I had to try it! Some people may be bothered by the history of this place, but that didn't faze me. They used to be known as Kamamarui Ramen & Sushi, but has since omitted sushi from their menu. The interior is really neat: The walls are concrete and the tables and seatings are square, without any backing on the chairs! They also have cute little dog tail hangers on the wall for you to put your coat! I really like how their menu is tacked to the wall, with limited menu items. It makes navigating the menu and deciding what to eat so much easier! The ramen combos are the best deals! For only a $1.50 more, you can get a side order of their "bomb" or a mini donburi for $4.50! You can also add additional toppings like extra slices of char siu if you fancy! :D
3.5/5 stars
What makes their ramen so delish is that their pork bone broth is house made, without any MSG. Most ramen places use at least a bit of MSG in their broth, but Kamamarui doesn't! As a result, it's not as heavy or flavourful as some places, but still tastes great nonetheless! If you're a fan of light, clean tasting ramen broths, you'll definitely love this!

The char siu pieces were huge and almost covered the entire surface area of the bowl! I love char siu, so I have no complaints hehe :D The char siu was very tender, despite being rather lean. The meat itself was very modestly seasoned but after soaking in the bowl it had picked up a ton of flavour from the broth.

The noodles were strikingly yellow in colour, and had been cooked al dente, which resulted in the noodles having bite. The bean sprouts were crunchy and added an refreshing element to the dish, as did the green onion. 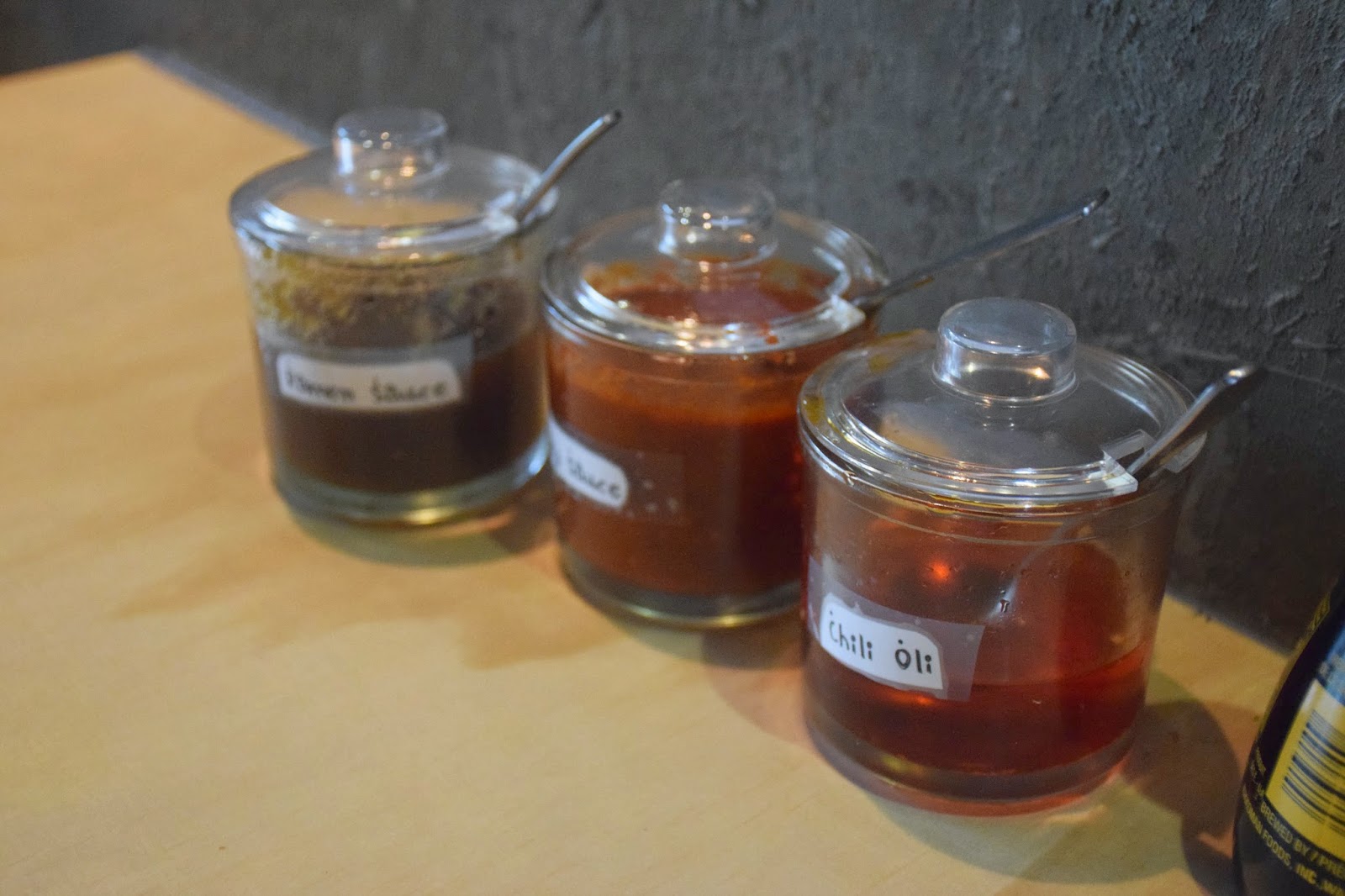 About 1/3 of the way through my ramen, I decided to try some of their speciality ramen sauce! It was delish! It was just the right balance of salty and vingary flavours, and added another dimension of flavour to the ramen. For those who love their ramen spicy, they have chili oil and spicy sauce on the side for you to dose your ramen in! :D

4/5 stars
True to their name, these were da bomb!! These were surprisingly really tasty and far exceeded my expectations! After I was done the two bombs, I really wanted more haha! The rice was glutinous, well seasoned, and super fragrant from the seaweed! Some people might not like it, because it's basically just rice rolled in seaweed with flavouring, but I really enjoyed it! Actually, I wouldn't have minded if this was my main course :P I might come back again just for these hehe!