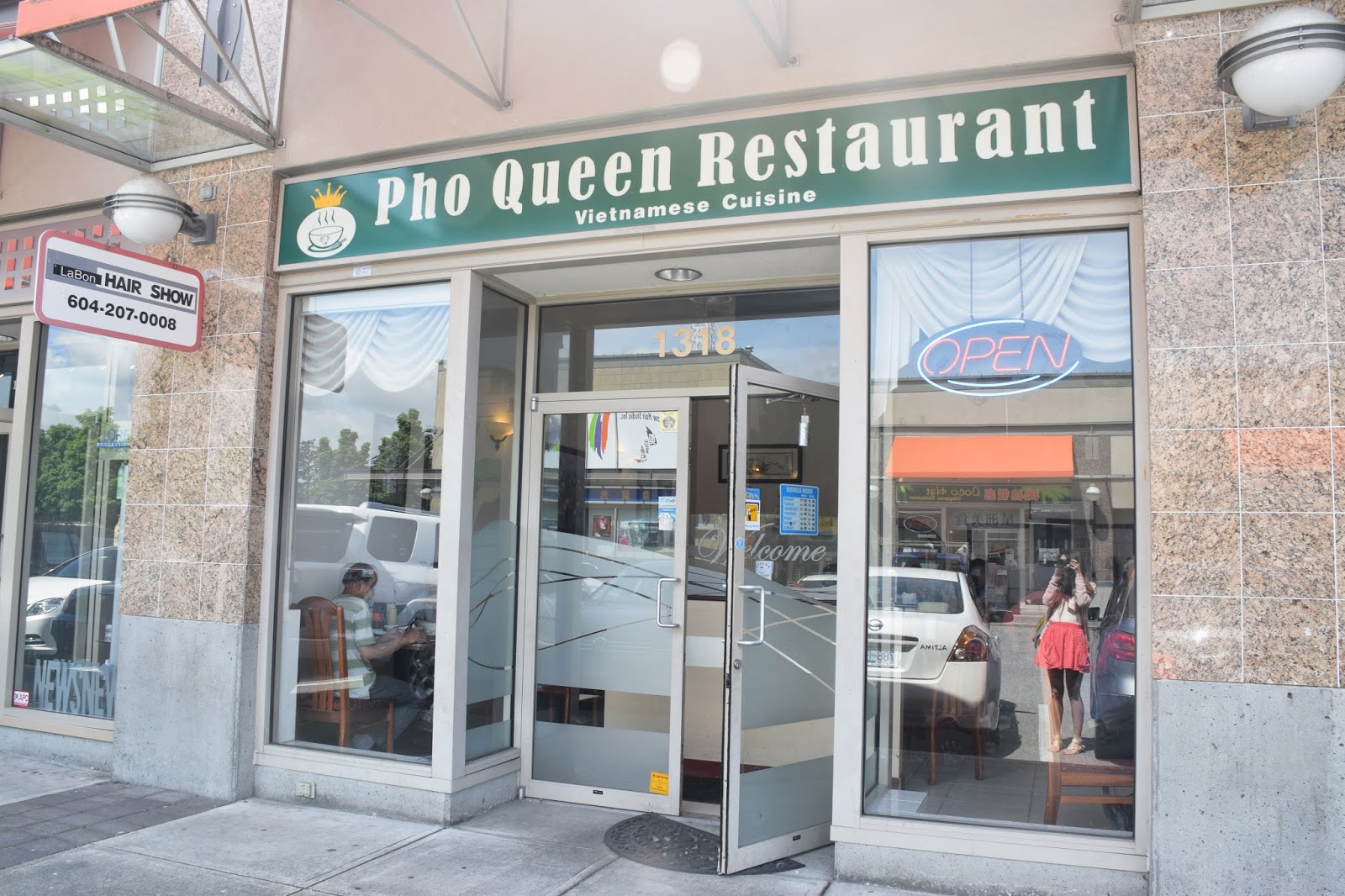 Pho Queen is a Vietnamese Restaurant located in Union Square, in Richmond. Located across from Yaohan Centre, some may identity Union Square as the plaza with an over abundance of hair salons haha. Pho Queen is a local favourite as it serves up great pho at reasonable prices, in a homey, unpretentious atmosphere. 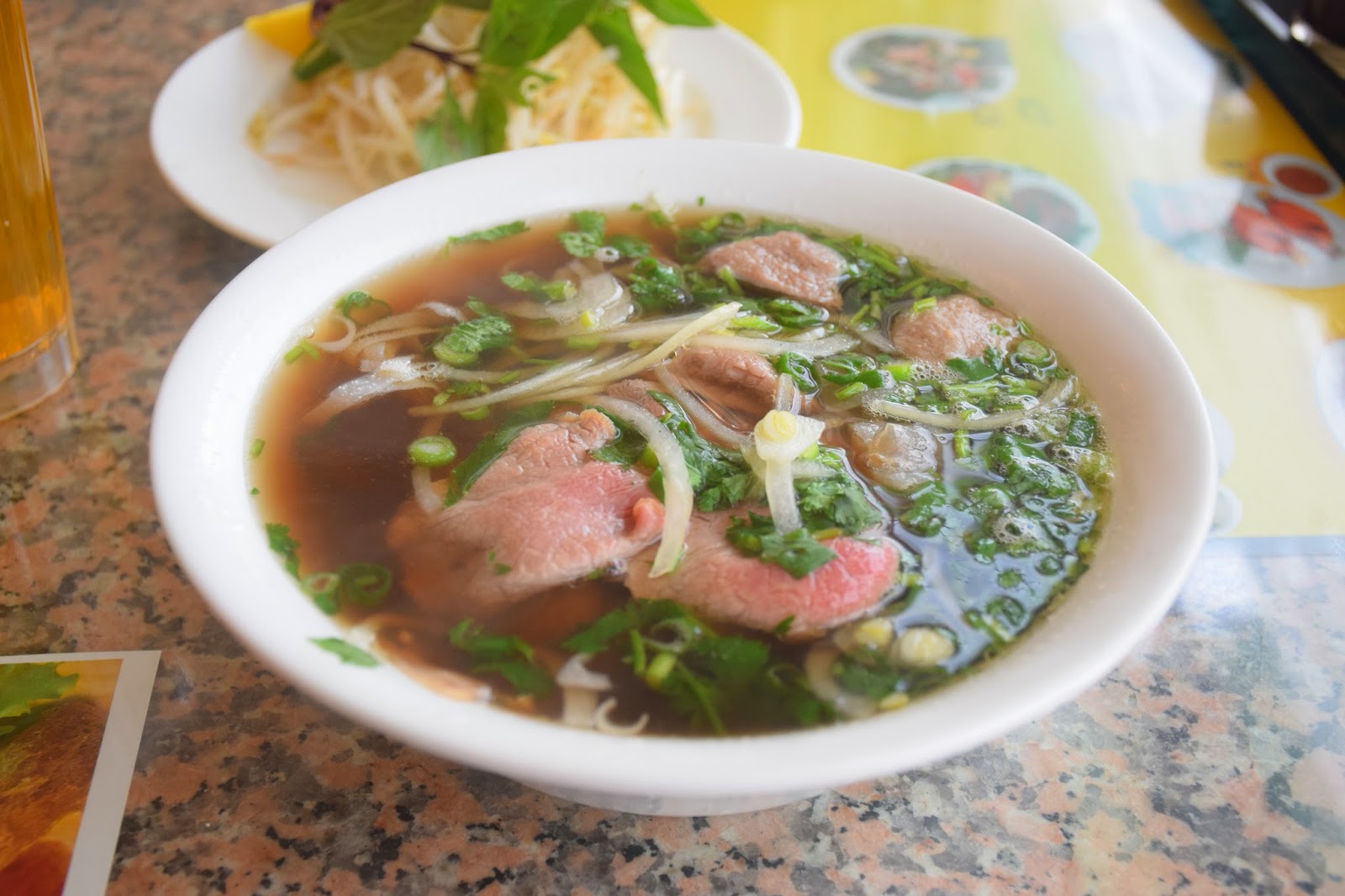 3/5 stars
They have an extensive menu of Pho combinations, but I decided to go with their "Signature Pho" which is their #10 Pho Queen Special! A small is $6.50, and a large is only a dollar more. The only difference is they give you more noodles and broth haha.

This was really good! The broth, while light, had a lot of flavour, without tasting like MSG. The beef flank was very tender,  and had soaked up a ton of flavour from the broth. Adding the basil leaves gave the broth a nice spike and the lemon added a refreshing element to the noodles. The noodles were al dente and had bite. There were ample amount s of cilantro and green onion, which I really appreciated. The bean sprouts were fresh and crunchy, and paired well in contrast to the noodles. 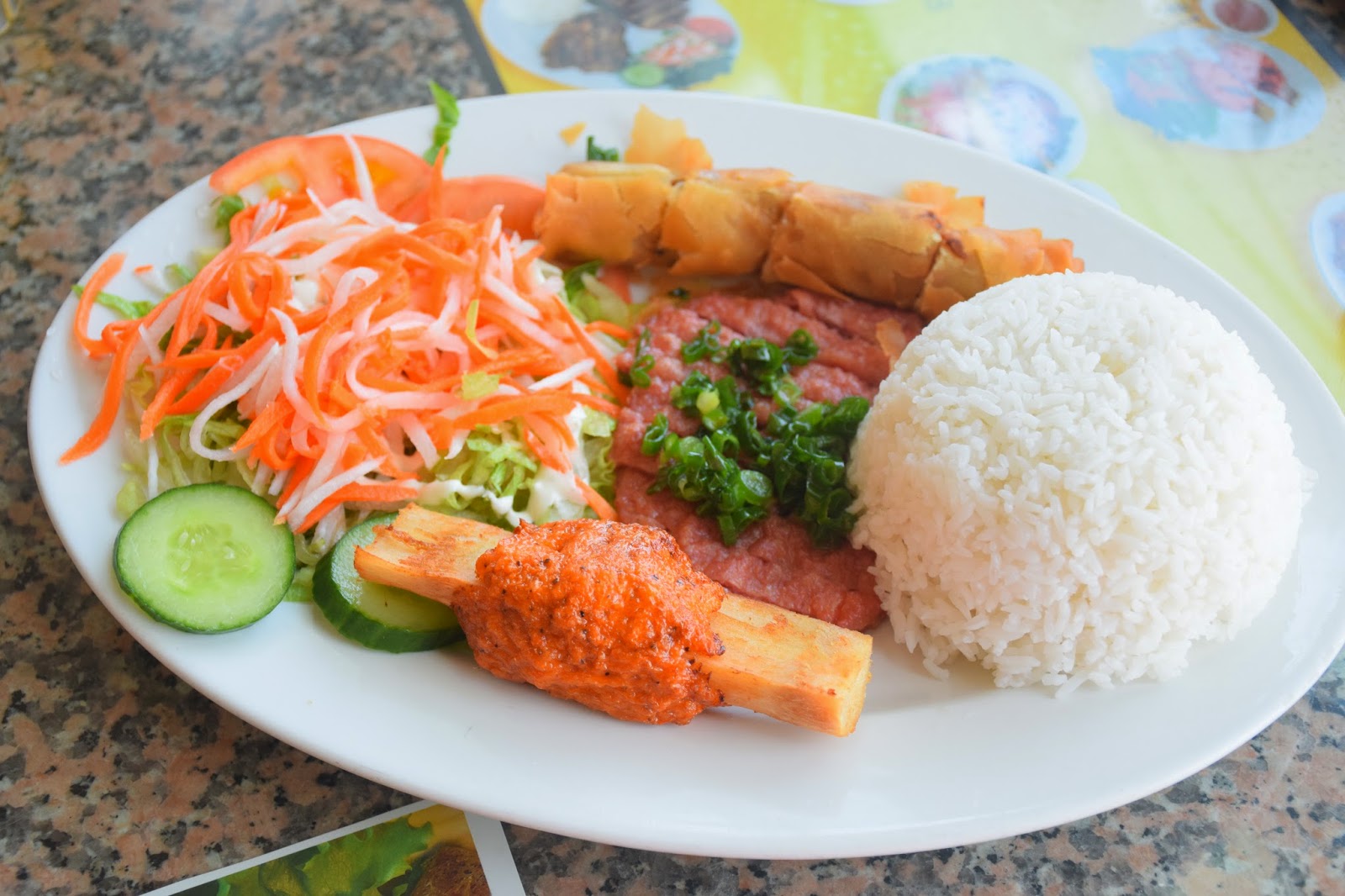 4/5 stars
As much as I love Pho, I'm not much of a noodle person haha. You have the option to choose between vermicelli and rice, and of course, being the rice lover that I am, I chose rice hehe. Pho Queen's rice is long grain rice, which I prefer.

The combo came with grilled minced pork, a spring roll, salad, rice and chao tom (shrimp sugar cane!)
I mainly chose this combo because I wanted to try out their chao tom without ordering it separately as an appetizer.

I was pleasantly surprised by their spring rolls, as they were really meaty, fragrant, with the exterior being perfectly crispy. Either alone or paired with the fish sauce, it tasted great. I liked how they weren't particularly oily either. The minced pork patty was full of flavour, and had a bit of charring, without being too salty. The green onions on top paired with the pork added a refreshing element to the meat. The salad consisted of carrots, radish, lettuce, as well as two slices of cucumber and tomato, which was drizzled with salad dressing. The radish and carrots had a sastisfying crunch and paired well with the tangy salad dressing. 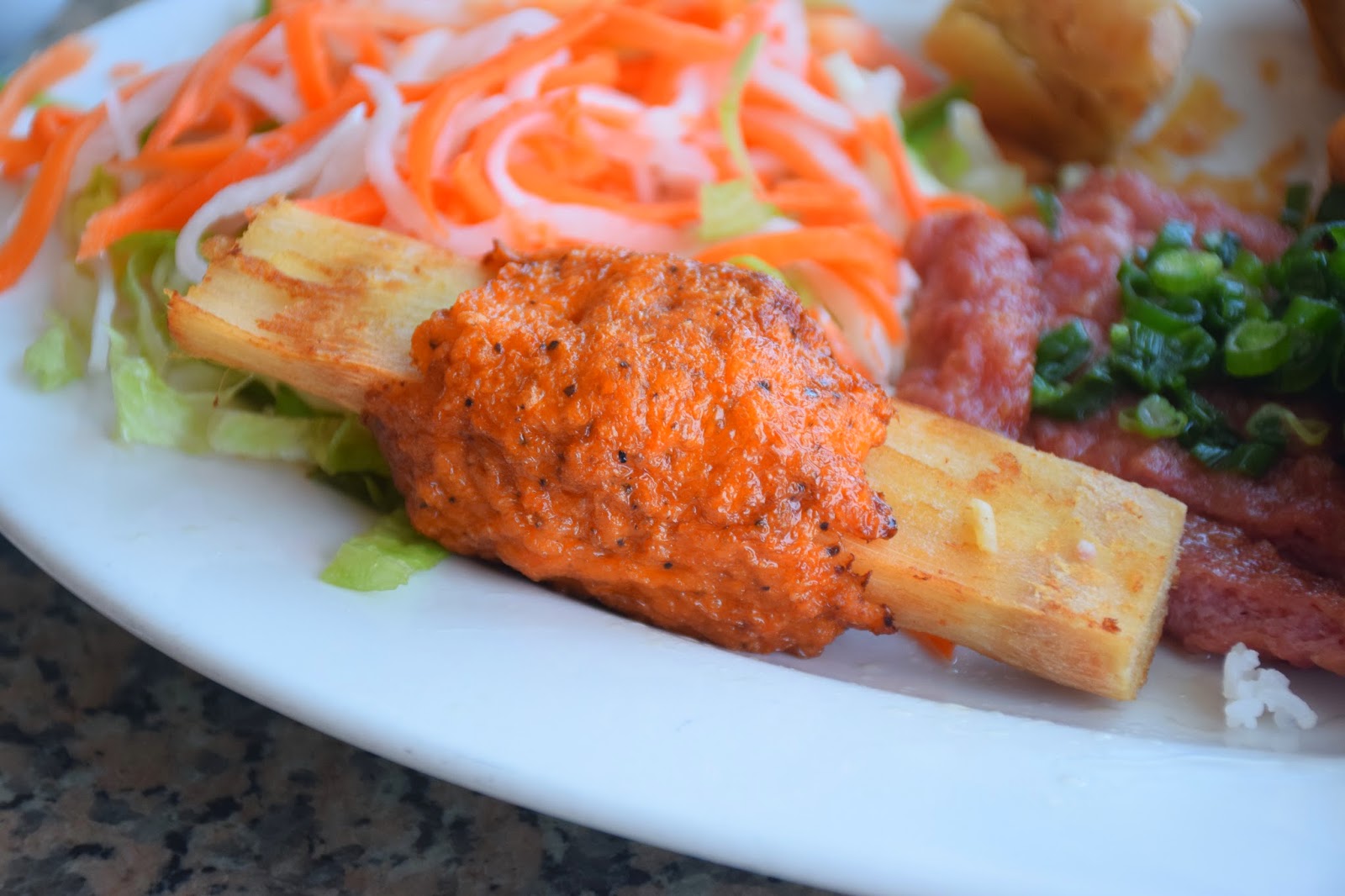 Here's a closer look at the Chao Tom! Chao tom, a popular Vietnamese appetizer, is basically grilled shrimp paste that has been marinated with garlic and a variety of spices. The shrimp paste is the same texture as fish tofu (the stuff they use in hotpots). After you finish the shrimp you can chew on the sugar cane to suck out the juice. It made for a nice, sweet dessert after I had finished my meal :D

Overall, I really enjoyed my meal at Pho Queen! Service was polite, and the food came out reasonably fast! I'll definitely be frequently Pho Queen in the future whenever I'm craving Vietnamese food in the area!