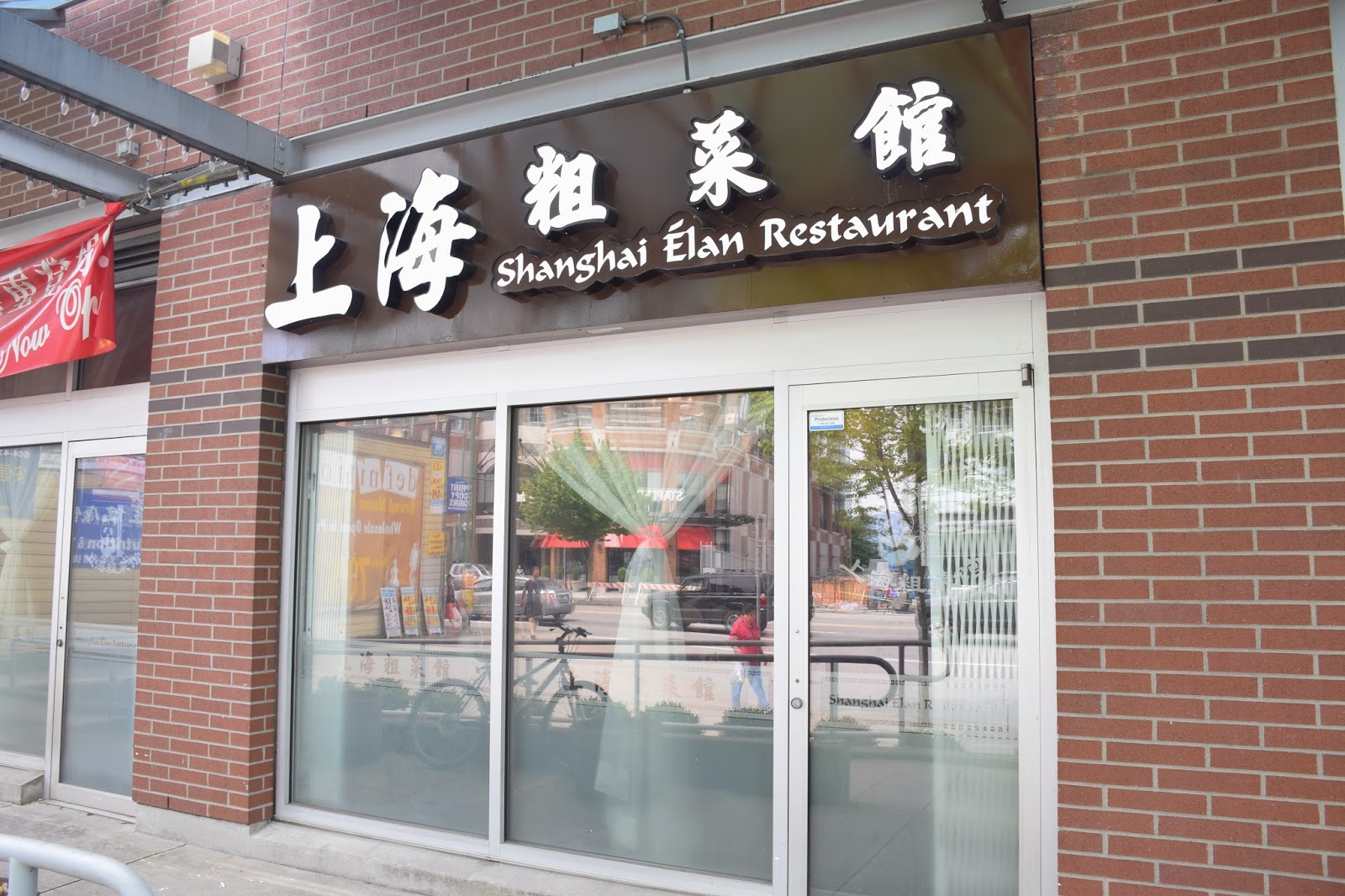 Shanghai Elan Restaurant is a Shanghainese restaurant located on the outside of Crystal Mall, but also has a door which is accessible from the inside the mall. I've noticed that whenever I walk past Shanghai Elan there's always a strong grease smell wafting from their kitchen, which is rather nauseous inducing haha.


2/5 stars
To start off, we ordered Jelly Pork as a cold appetizer. I wasn't really a fan of these, as these strangely reminiscent of cold spam. You know how spam tastes when you eat it without frying it? Yep, that's what these tasted like haha. However, I still enjoyed the texture of these. The pork was a bit gritty, while still being soft. The gelatin was firm, and was a great contrast to the pork.
4.5/5 stars
We all agreed that these were fantastic! These were different from your typical beef rolls, as they weren't made from a doughy pancake like wrap. Instead, they were made from a flaky, crispy pancake reminiscent of shao-bing, which elevated the wrap to an another level! The beef pieces were tender, and had been dosed with oyster sauce, which made the wrap very sweet. The cucumbers added a nice crunch and was a nice contrast to the softness of the beef.
Our only complaint? That it only came with 4 pieces haha...which meant we could only have 1 piece each :(
1.5/5 stars
These were very disappointing...definitely not up to Richmond standards haha! The skin on the XLBs was s bit too doughy and thick, and weren't smooth to the touch. The juice was alright, it was flavourful, but lacking in depth.
2/5 stars
These wraps are meat to be paired with the shredded pork dish. While these were fairly well made, thin and elastic, they were way too small in size. They were barely the size of my palm!
3.5/5 stars
These were pretty good! However, I still prefer Dinesty's version. This dish was mainly soy sauced based, which resulted in it being rather salty.  The pan fried pork was moist and chewy. It was garnished with fresh green onions, which added a nice refreshing element to the dish.


4/5 stars
I saved the best for last...the consensus at the table was that this was the most memorable dish of the meal! The portion size was huge, and we ended up packing the head to make soup for later haha. The sauce was a sweet and sour sauce, but different from your generic sweet and sour pork. It was less ketchupy, and more on the sweet side. The cod had been fried perfectly. The batter had been laid on rather thick, which resulted in the fish having a satisfying crunch. There were also bits of shrimp and pine nuts in it, which was a nice touch.

Overall, the dishes presented were better executed elsewhere, with the exception of the Sweet & Sour Rock Cod! However, if you have a sudden hankering for Shanghainese food in the Metrotown area, Shanghai Elan is a solid option!