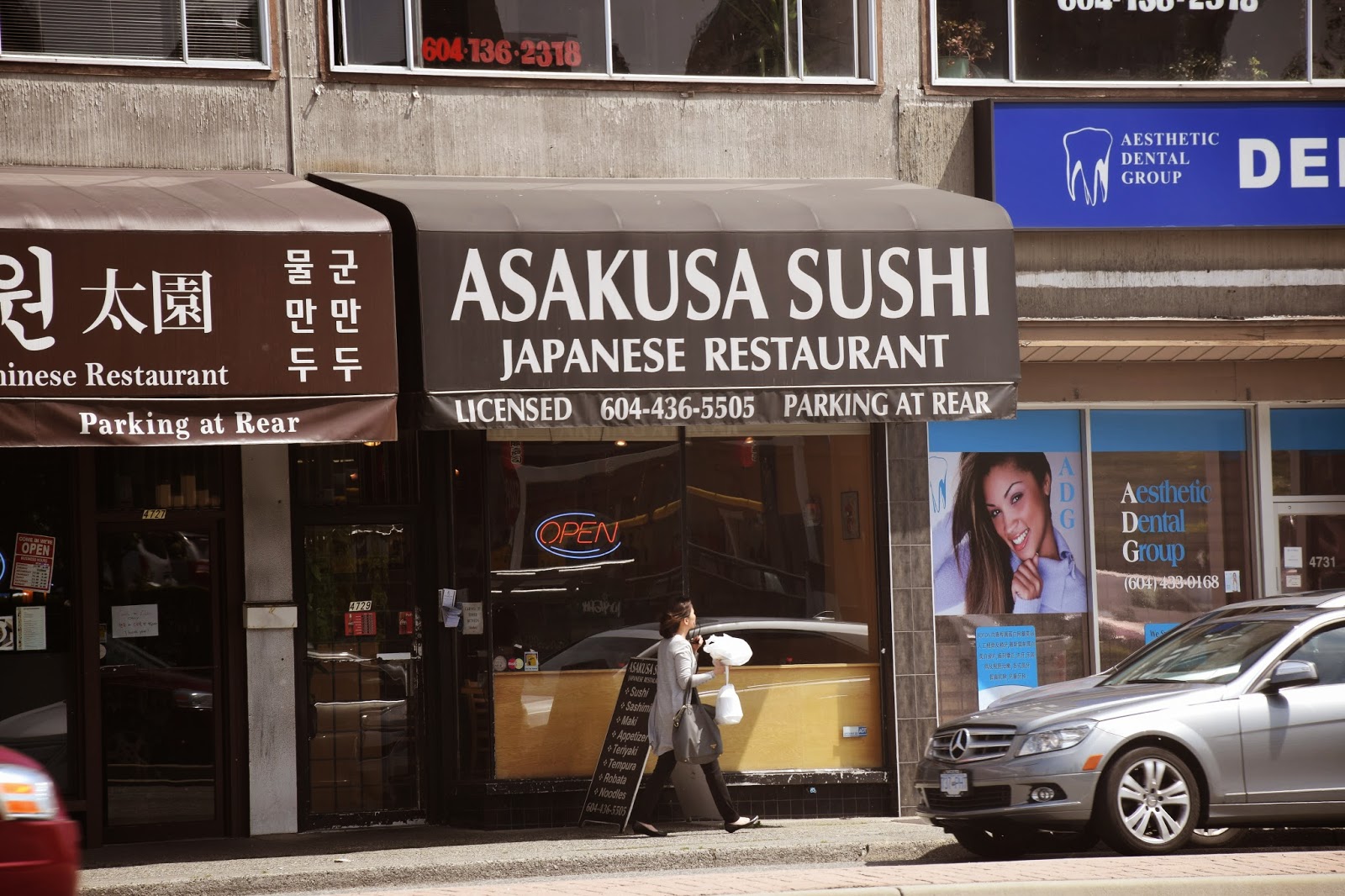 I'm slowly wrapping up my mission of trying all the restaurants in the Metrotown area! You may be wondering, what happened to my Union Square mission? Don't worry, I'm still working on that haha ;)

I've been eyeing Asakusa for quite some time now, but never really got around to trying it, until today! Asakusa is located across from Metrotown, just a short walk down from Sushi Garden and Yakko Sushi. Asakusa is known for their portion sizes, which are similar in size to Samurai Sushi (known for their monstrous sushi pieces) on the West Side! Asakusa is Vietnamese run, while both Sushi Garden and Yakko are Korean run! 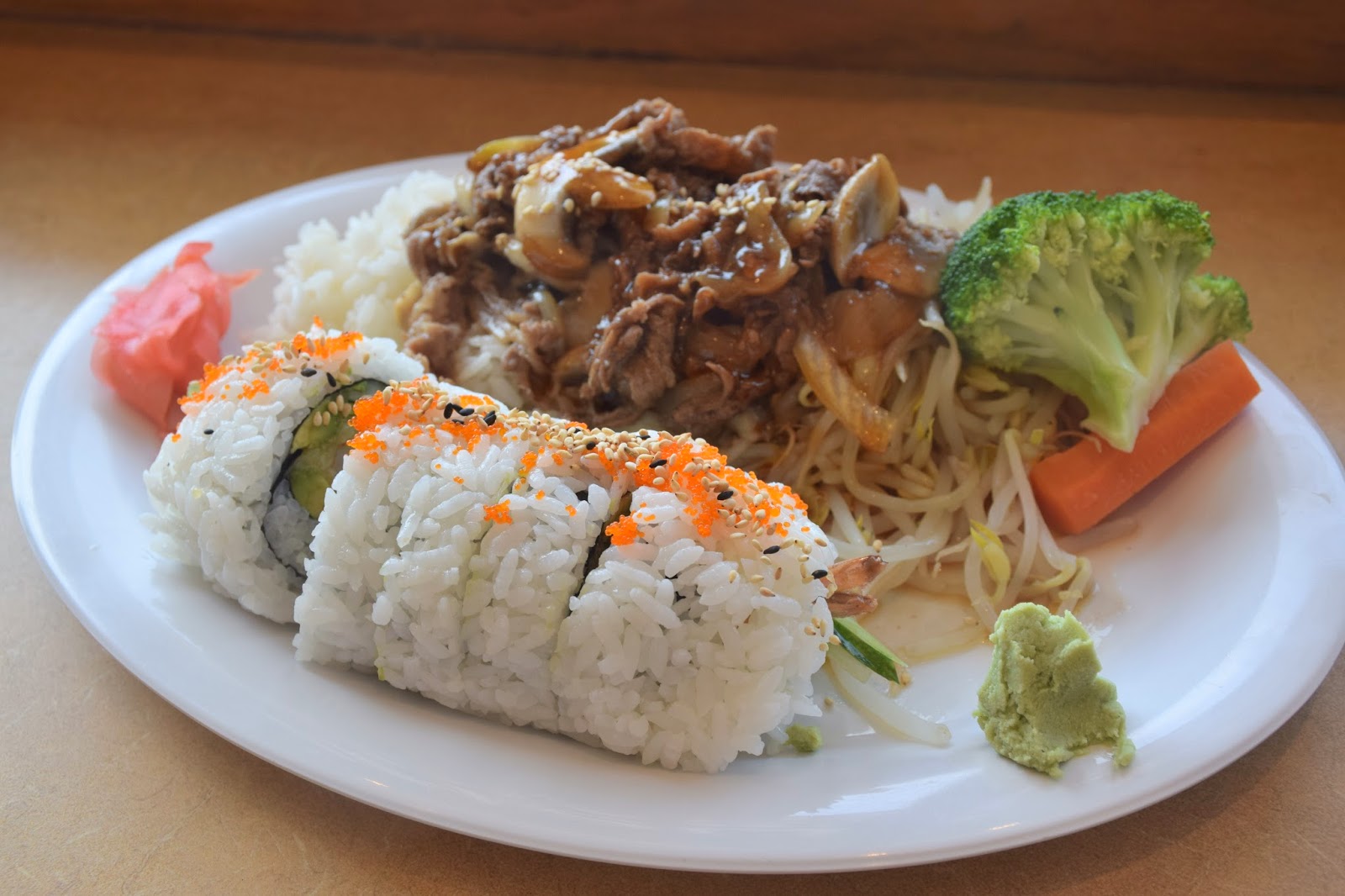 I ordered the beef teriyaki lunch combo because I really wanted to compare it to Yakko Sushi's teriyaki lunch box, which is $1 more haha.
Read my review of Yakko Sushi here: http://www.vancitynoms.com/2014/05/yakko-sushi-metrotown.html

You have the option to choose between a dynamite roll or tempura as a side. I went with the dynamite roll, because I wanted to see if it was really as large as everyone was saying it was. It was quite big, but it wasn't I-can't-finish-this-big haha!

The beef teriyaki was rather mediocre, and not as good as Yakko's. It wasn't very tender or juicy, and was rather dry. This may be down to personal preference, but I found that there wasn't enough sauce. Since the beef was already really dry, more sauce would have been better to offset the dryness. 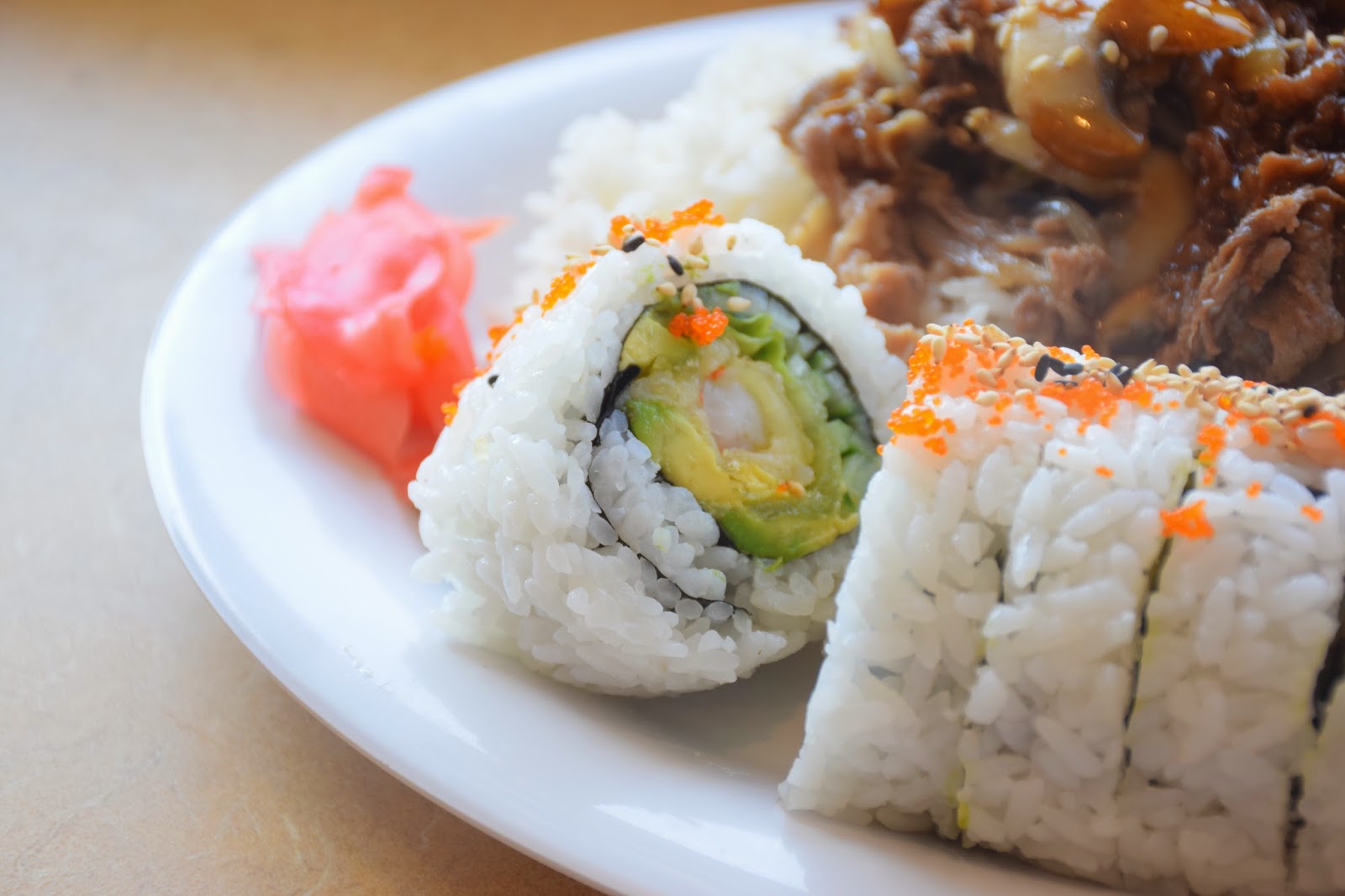 I have to say, I have to give them props for the presentation of the dynamite roll! I was expecting the roll to be sloppier (like Sushi Garden's haha) given the low price. However, it was meticulously wrapped, cut and garnished with sesame seeds and fish roe. The lettuce, avocado and cucumber were also really fresh! While the rice was neatly packed, it was rather lacking in taste. Authentic Japanese sushi rice is seasoned with a sweet rice vinegar, which gives it that distinct taste. 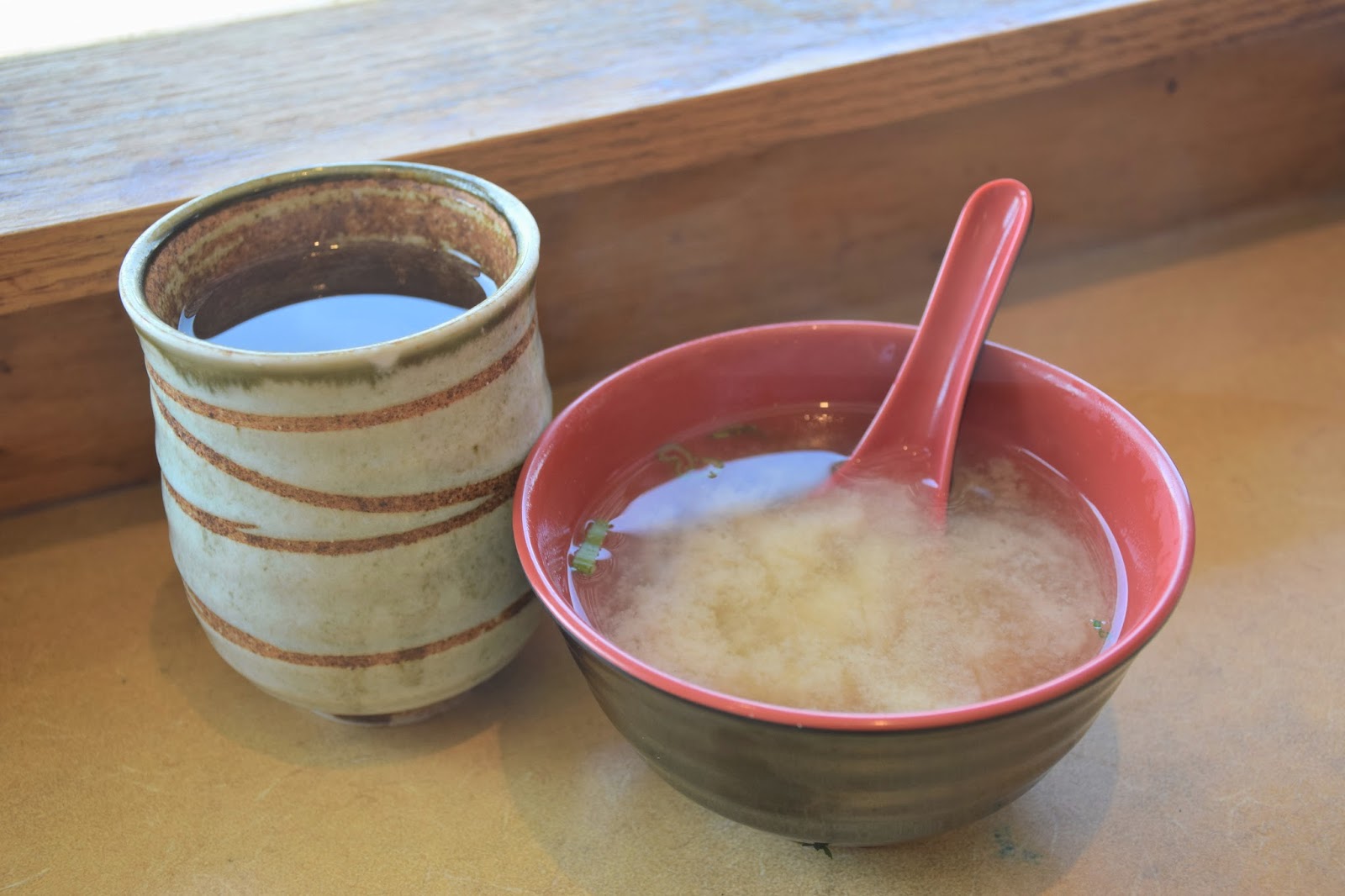 Miso Soup
1/5 stars
While the bowl was significantly larger than other places, the miso soup tasted incredibly watered down and rather soapy. At least it didn't taste like msg haha. You know its not authentic since they included a spoon with the soup, because the Japanese drink their soup directly from their bowl!