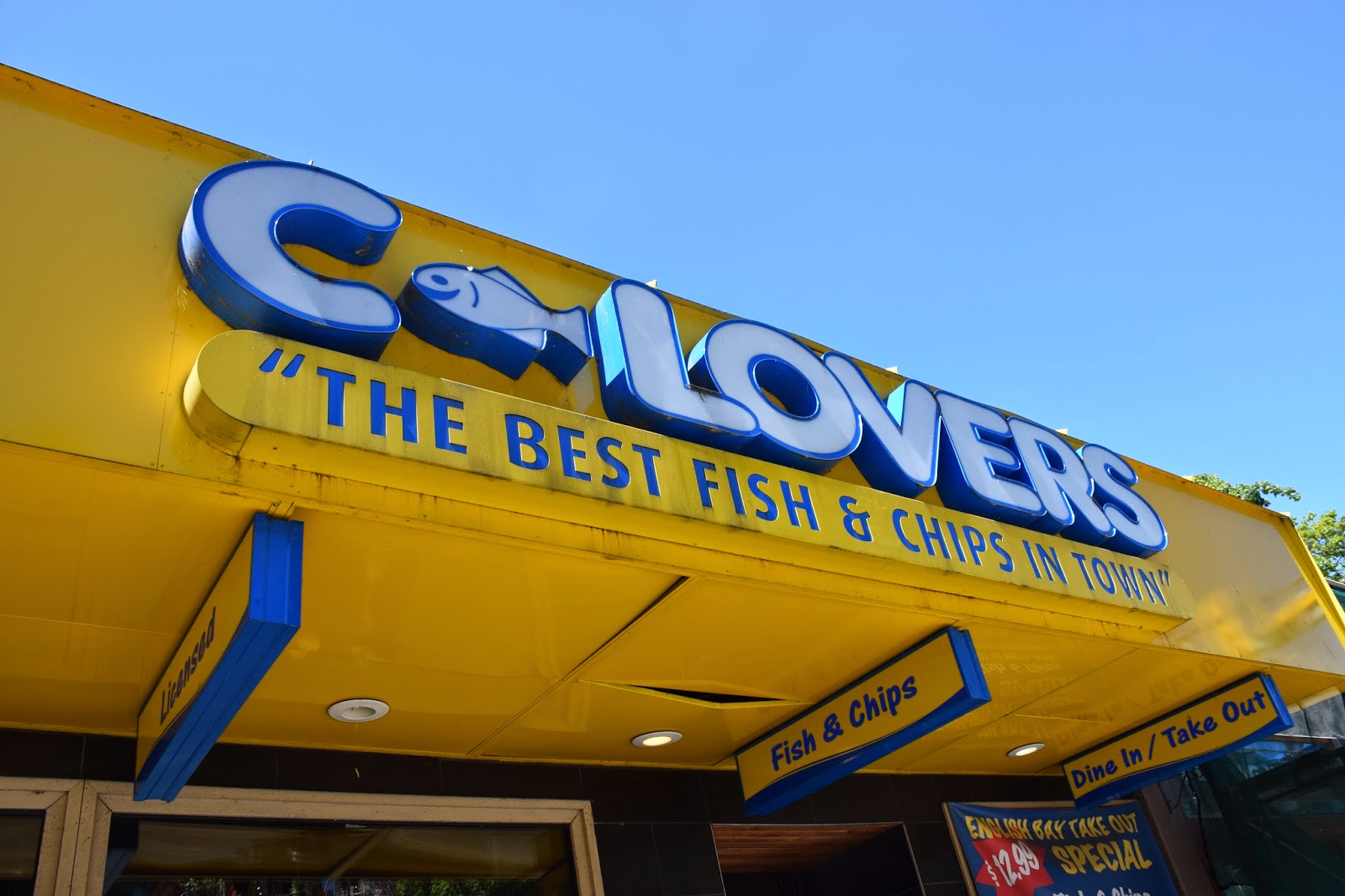 You guys may have noticed that I eat asian food...alot haha. Be it Chinese, Japanese, Taiwanese, Korean, Indian, Filipino, or Vietnamese cuisine. I'm addicted, and it's a problem. I'm really open to trying new things, but I rarely find myself eating European or Western food. I really need to branch out. It's so hard since I spend most of my time in the area with the highest concentration of asian restaurants  in Greater Van (aka Richmond) haha! And I have yet to try them all ;)

C-Lovers has been on the back of my mind ever since I discovered them on Yelp! It was so sunny that day, so we decided to head over to English Bay for some Fish & Chips! :D

Anyway, my mom is a big fan of AYCE because in her mind ayce = a full stomach, and value haha! She says that she never gets full off of ordering entrees. She's old now (don't tell her I said that) but when she was younger she could eat 100 dumplings or an entire loft of bread in one sitting! Now...not so much haha. But she still eats more than anyone I know that's her age! This time my mom ate 10 pieces, my grandma 7, and I ate 9, including fries haha! 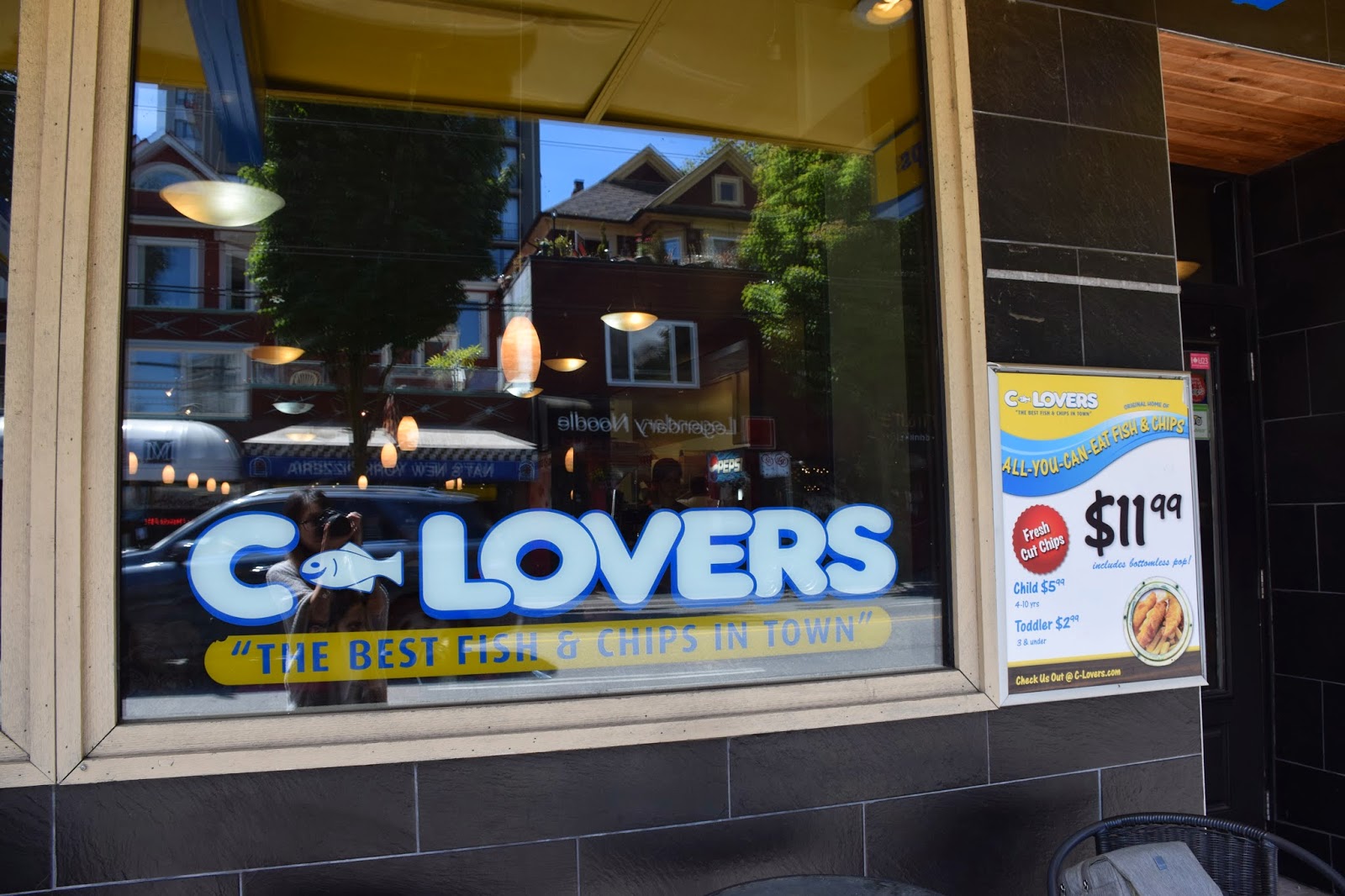 They have signage advertising their $11.99 deal outside the store! The bus "5 Robson" at Denman stops right in front of C Lovers haha! 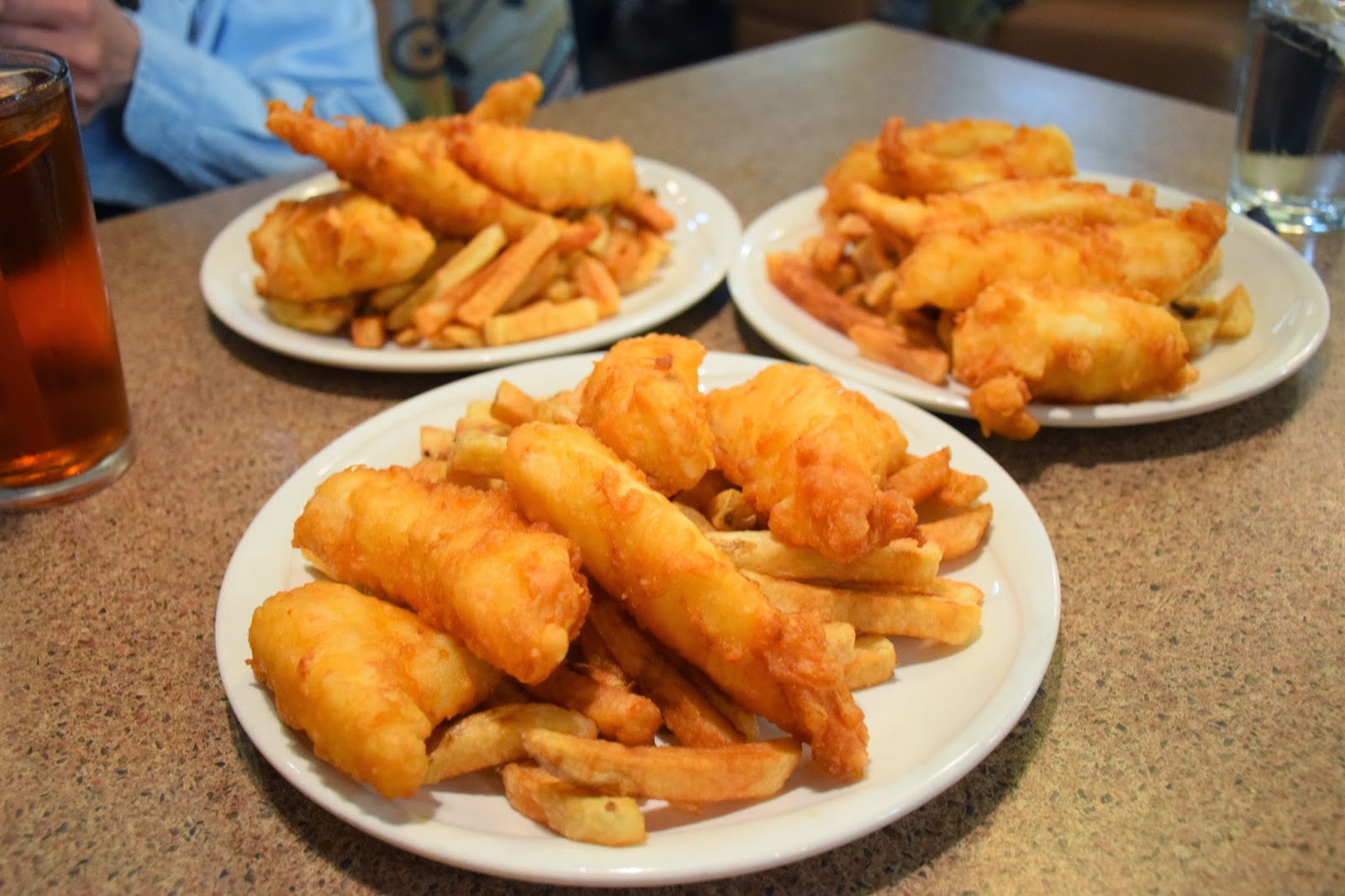 Our first round!
3/5 stars
One thing I love is that the fish is made to order, so you don't get disgusting pieces of soggy, old fish that's been sitting under a heat lamp haha! The fish they use is cod and for AYCE, the quality is actually fairly decent!

The pieces of fish are lightly battered, with a super crispy exterior shell! The interior is decently moist, and really fluffy! The fries are thick cut, and crispy at the edges.

They also had condiments like tartar sauce, ketchup, pepper, etc on the side for you to add! I find their tartar sauce to be tangier and more vinegary than sweet. I really liked how their pepper was mixed with the salt, so I could inconspicuously douse my fries in salt without my mom noticing haha!

They also have a separate combo/a la carte menu, with better quality fish and other fried items like onion rings! 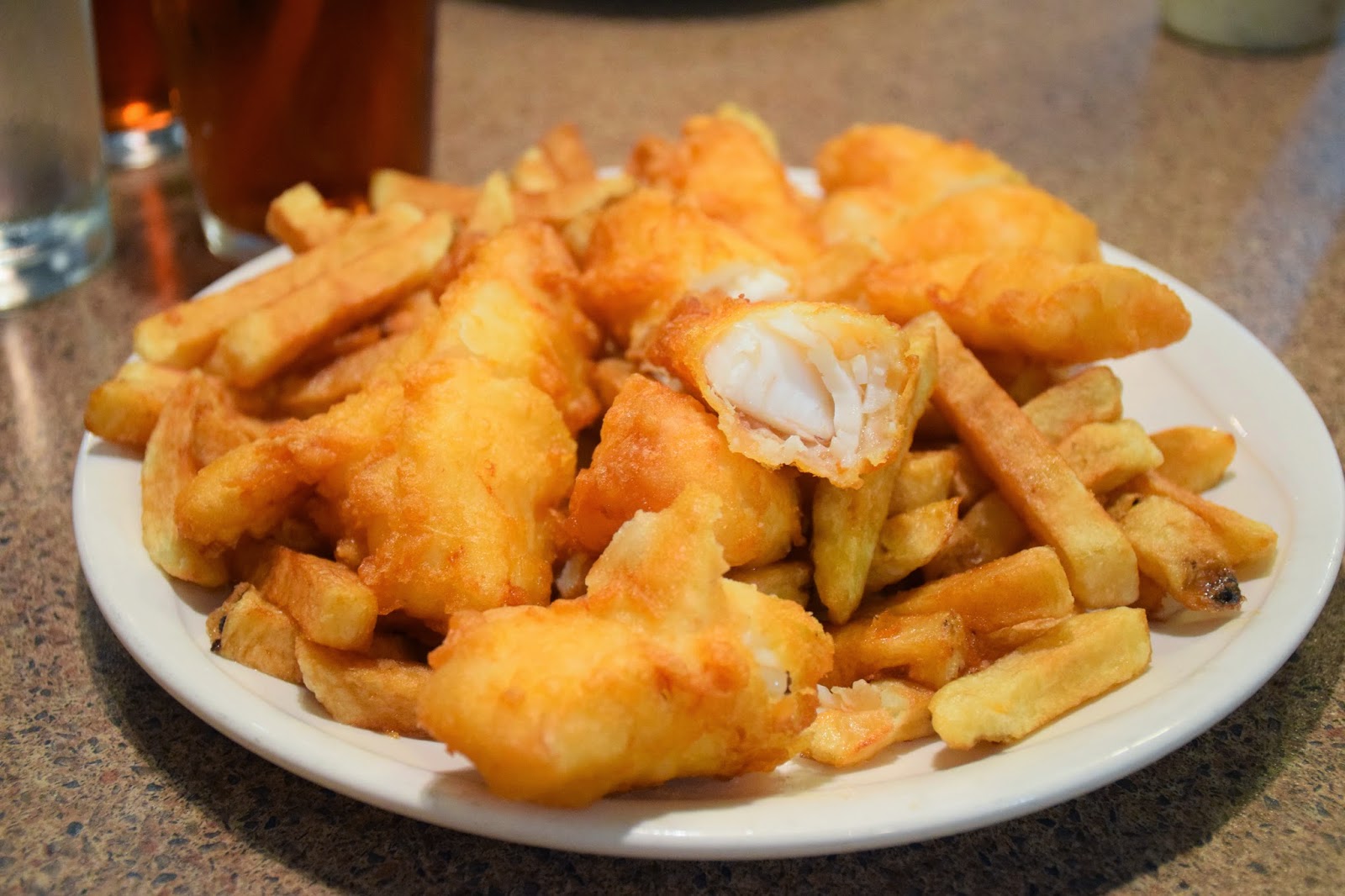 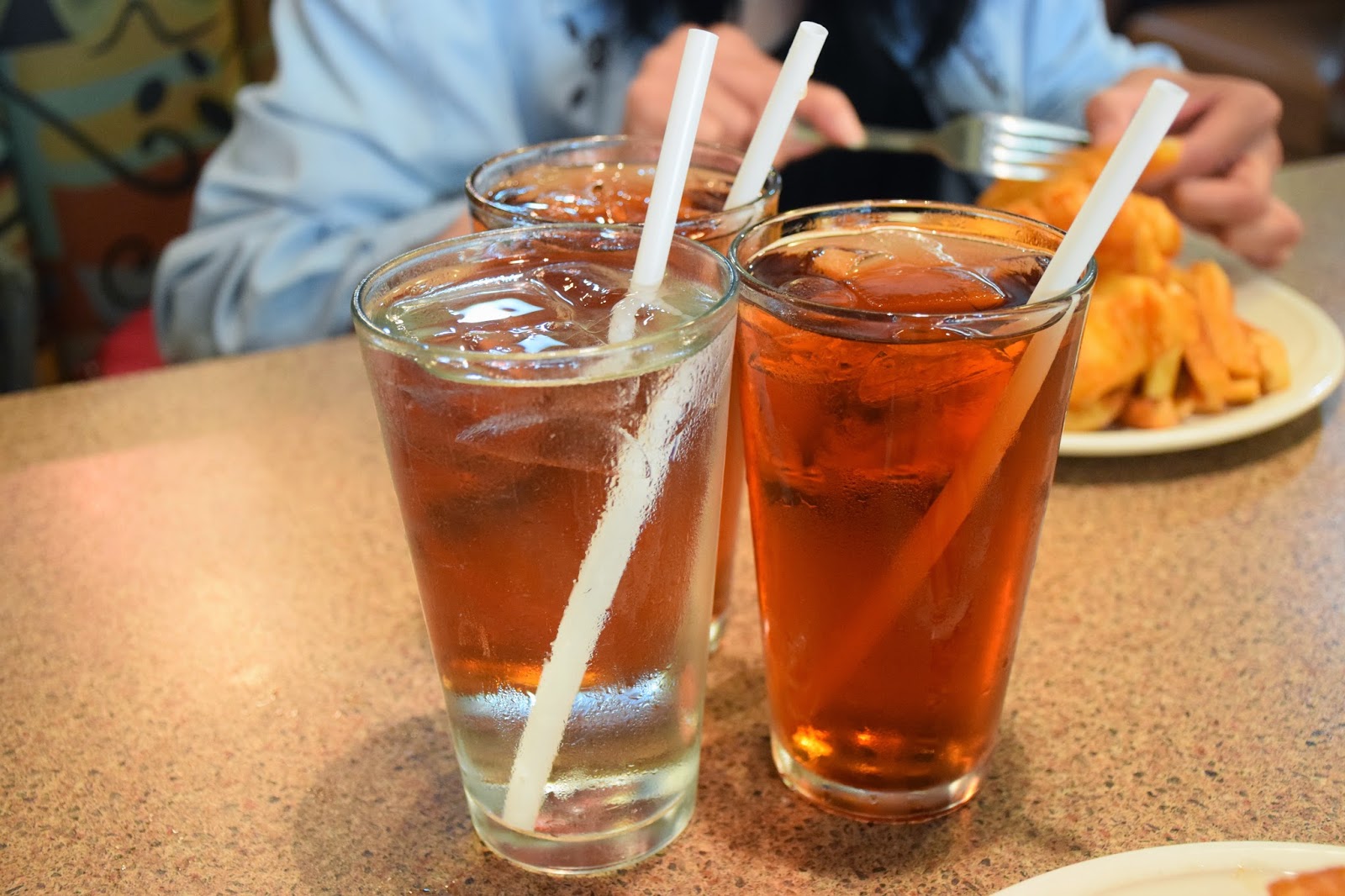 The AYCE menu also comes with bottomless pop, iced tea, and orange juice! I actually only found out they had orange juice after we were done haha 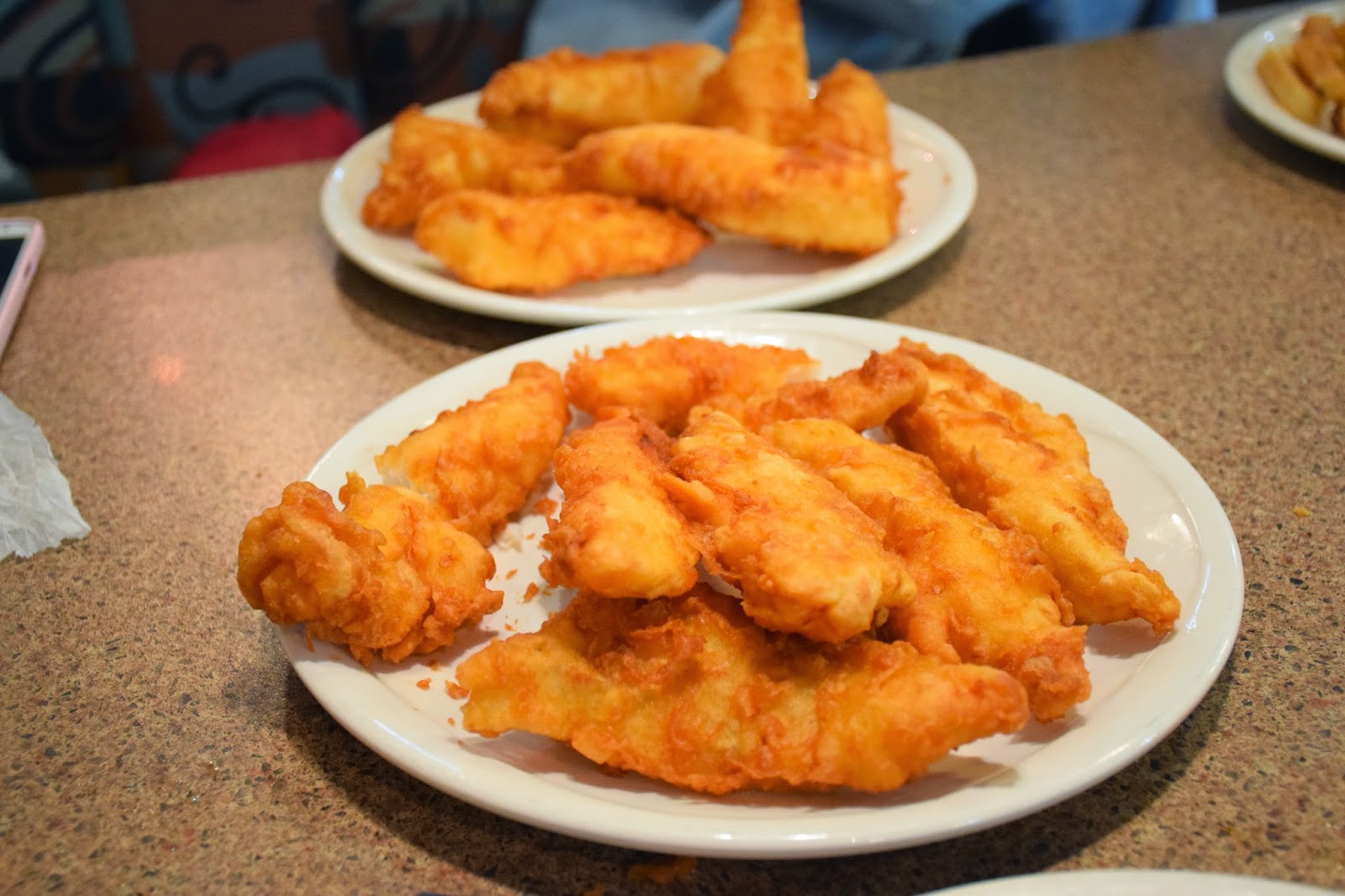 Our second round of fish hehe! We decided to omit the fries because we knew it would be way too much ;) 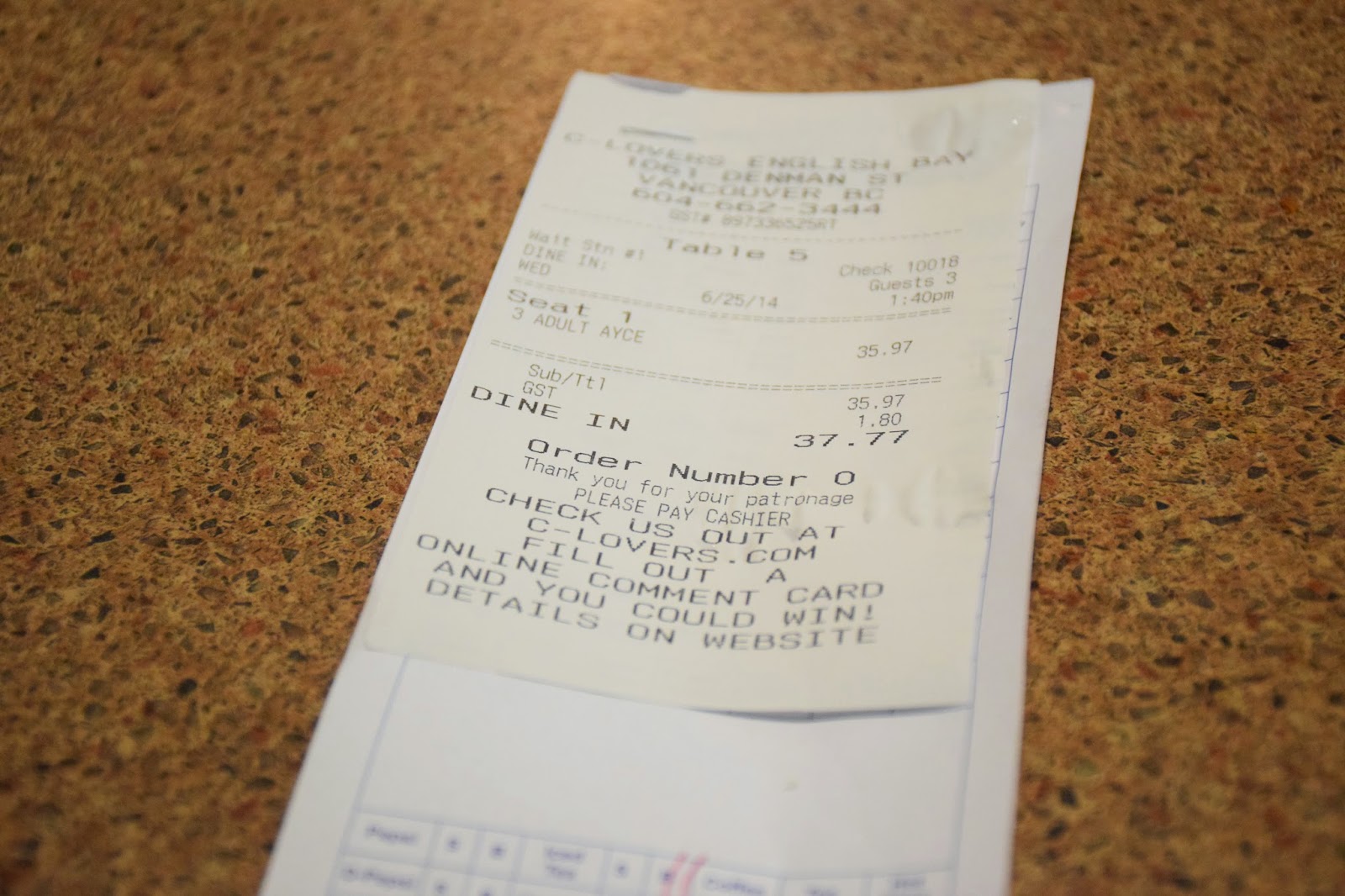 Our total for 3 came to $37.77 for 25 pieces of fish with fries and pop! Can you say awesome? Service was great as well! The girl serving us was diligent with replacing dishes, bringing out food, and refilled out drinks without us asking! Not too shabby for AYCE, eh?