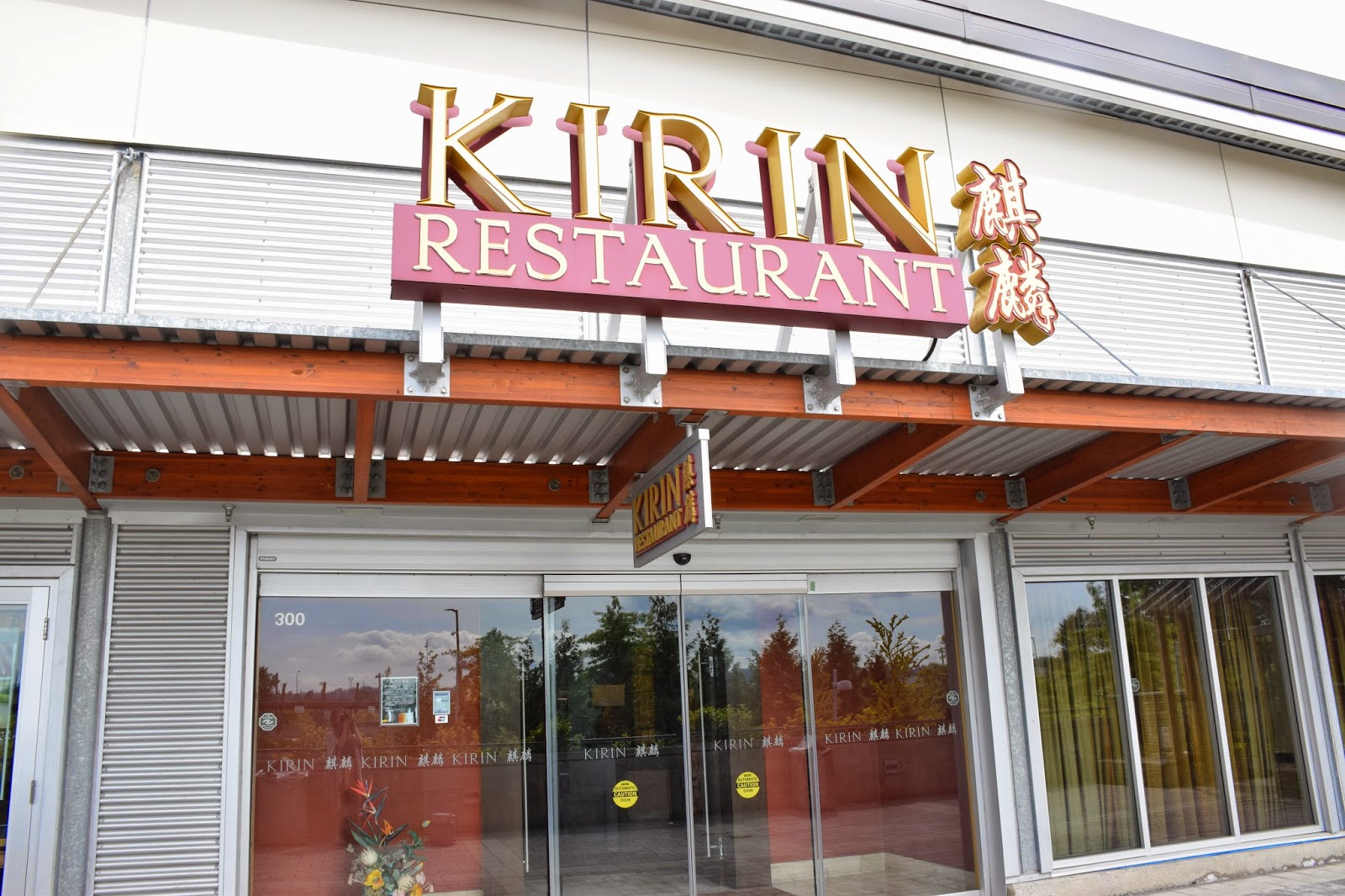 My grandma, whom I haven't seem in years, came to live with us from Toronto! So to celebrate, I chose Kirin, for some morning dim sum! Kirin has a few locations, one in Richmond, on Cambie, and this location, in New Westminster! This Kirin is actually located beside Starlight Casino. My grandma actually wanted to try her luck at it, but our plans were diverted when I was denied admittance because I'm still underage haha! 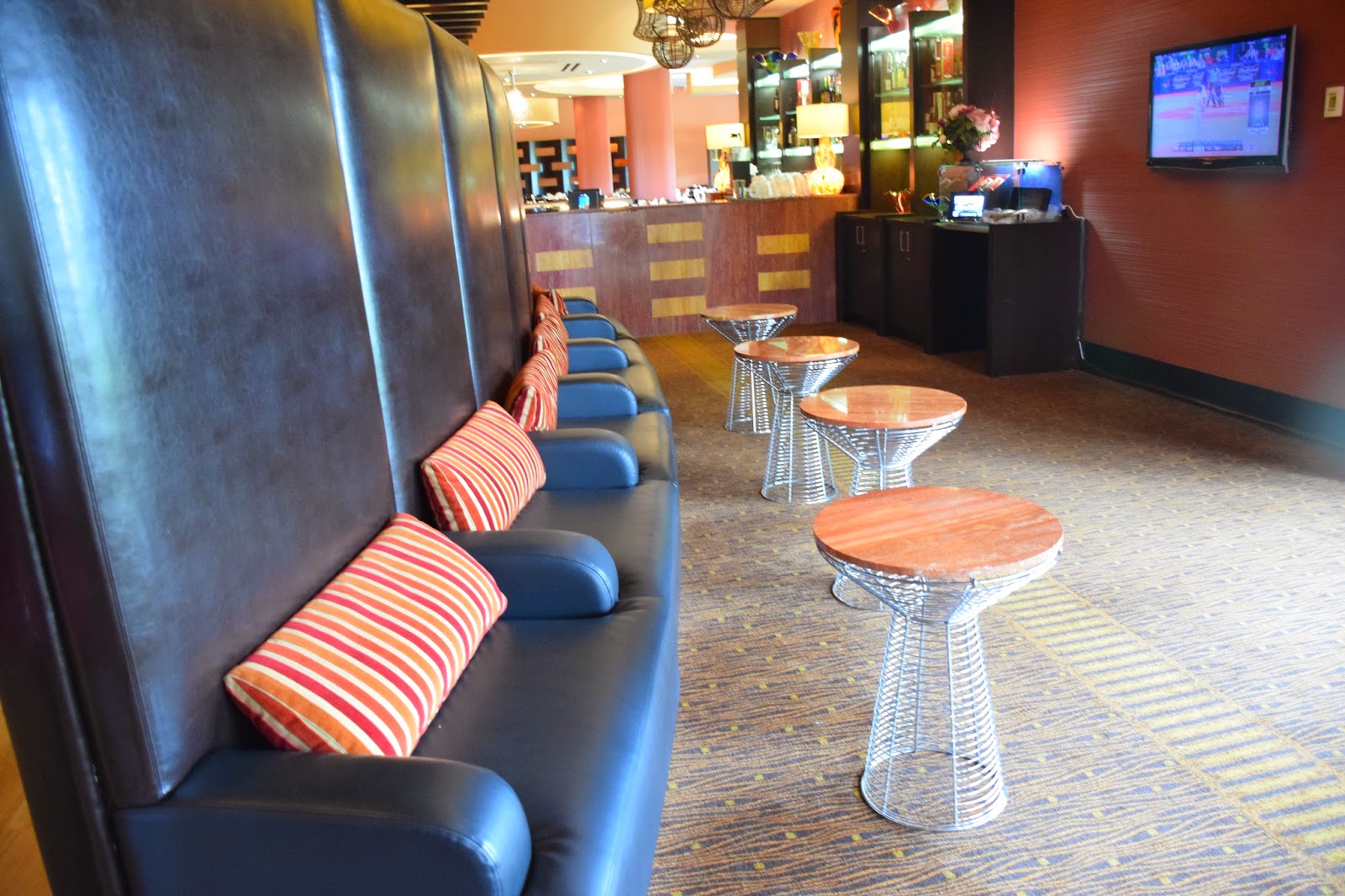 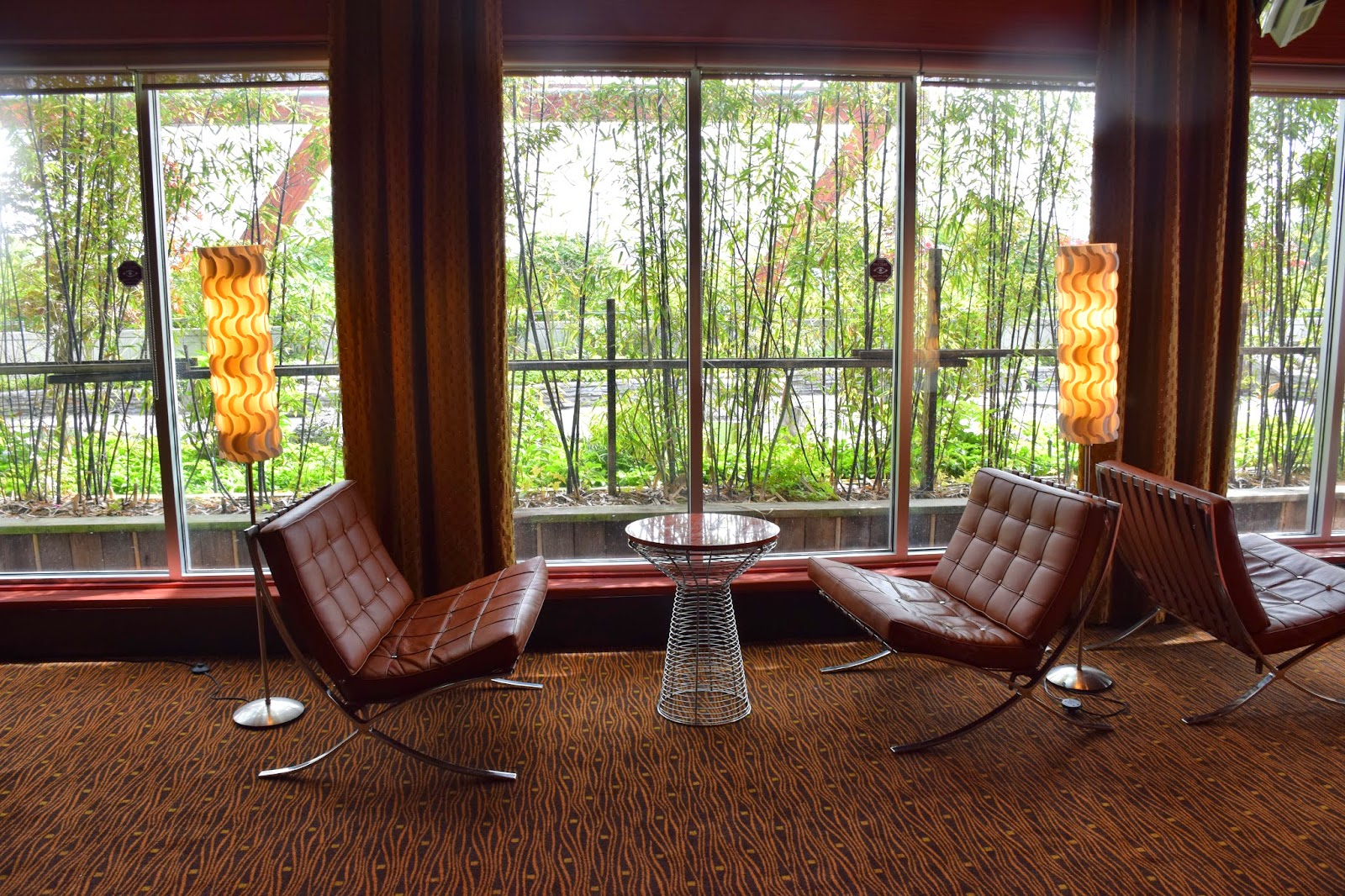 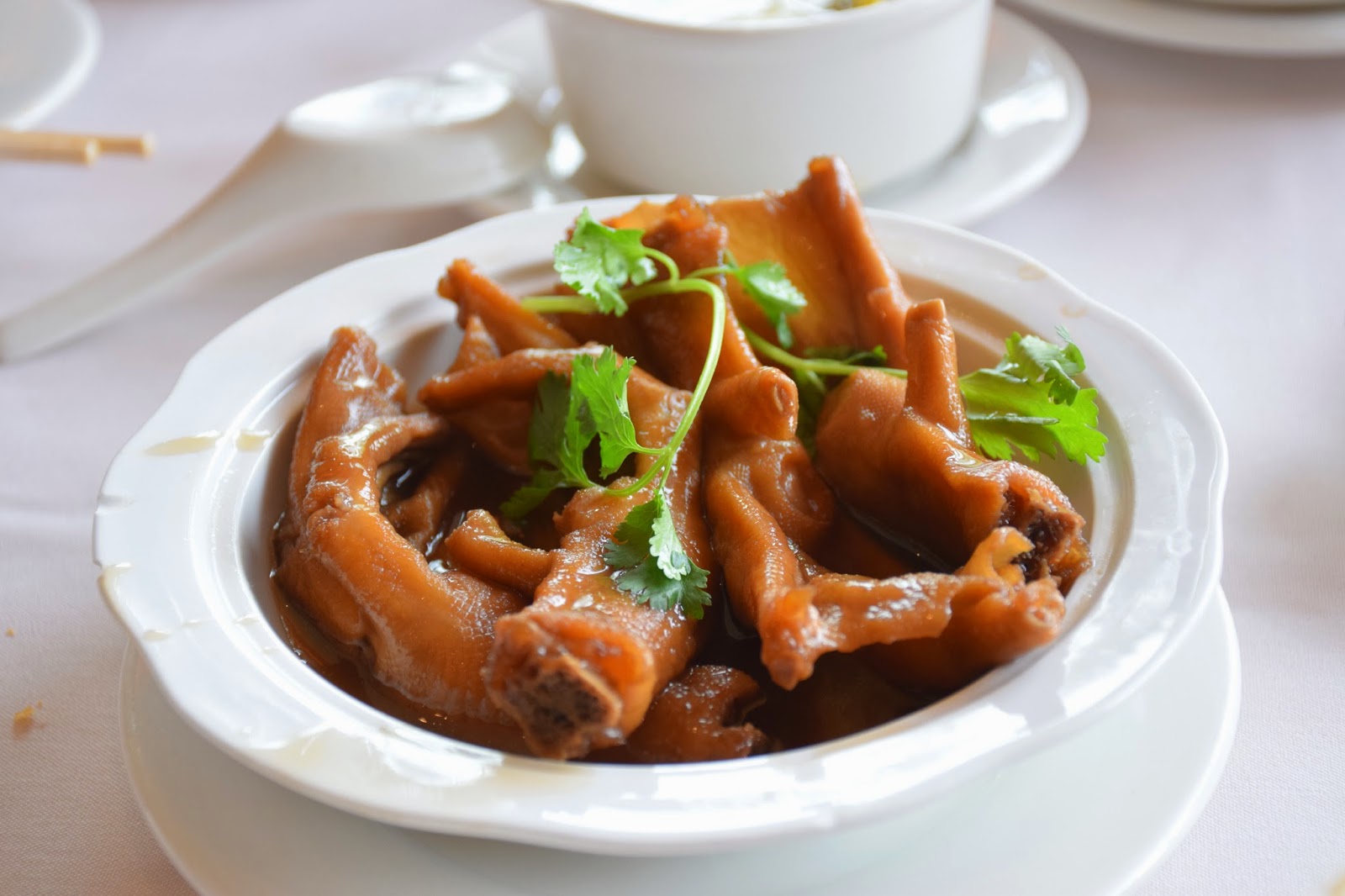 Duck Feet
3/5 stars
I didn't know my dad ordered two kinds of feet...wait, that came out wrong haha! Turns out he ordered both duck feet and chicken feet (because it was on special!) Compared to the chicken feet, these were much firmer, and were much harder to chew haha. The sauce was different too! This sauce was sweeter, and had a thicker consistency. 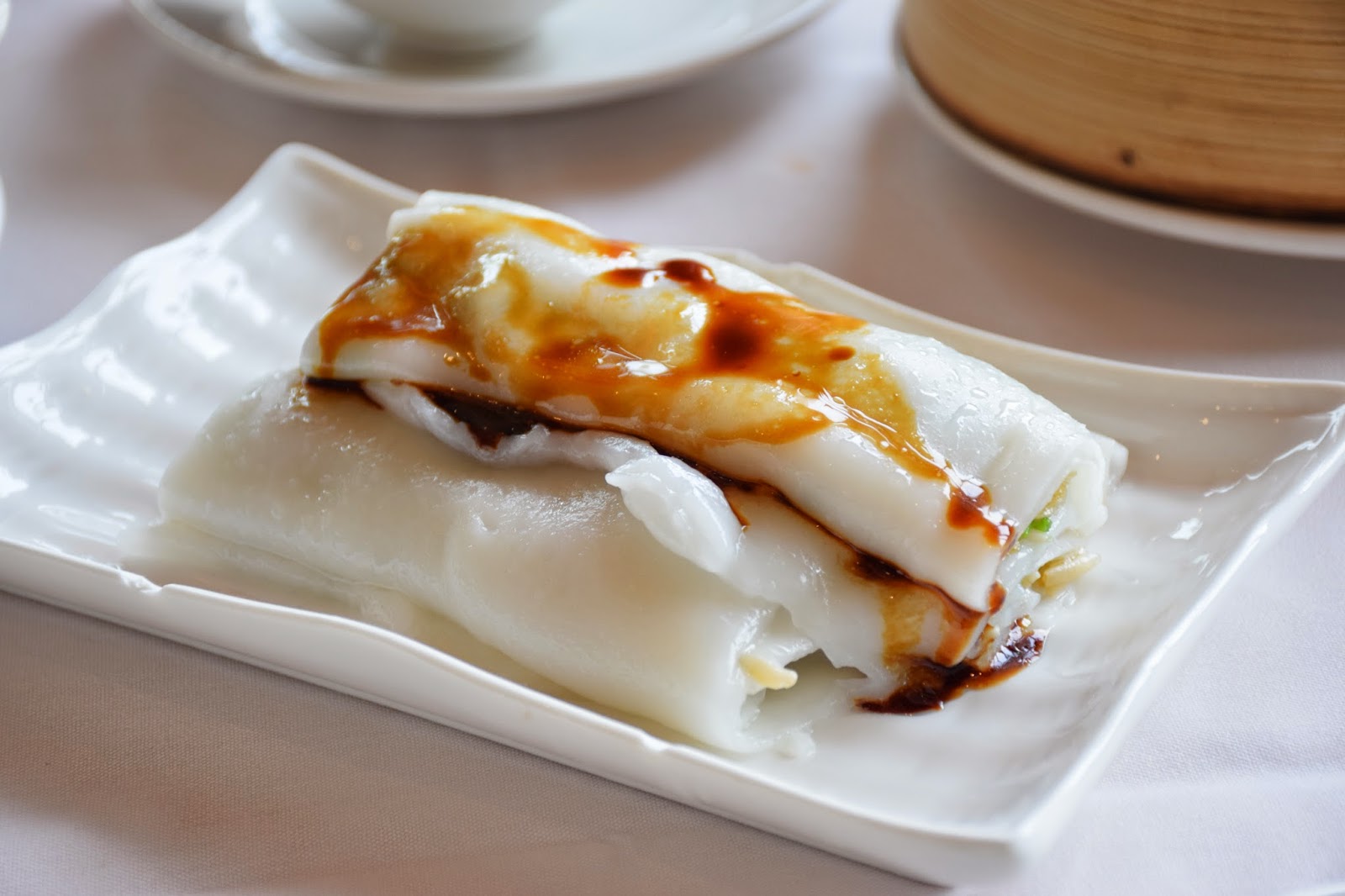 Scallops & Mushroom Rice Roll
4/5 stars
This was delish! The rice roll was just the right consistency, soft, without being slimy. There was an ample amount of filling but didn't break when I picked it up with my chopsticks. The mushrooms, paired with the scallops, made the entire roll very fragrant. The sweet soy sauce it came with wasn't overly salty either! 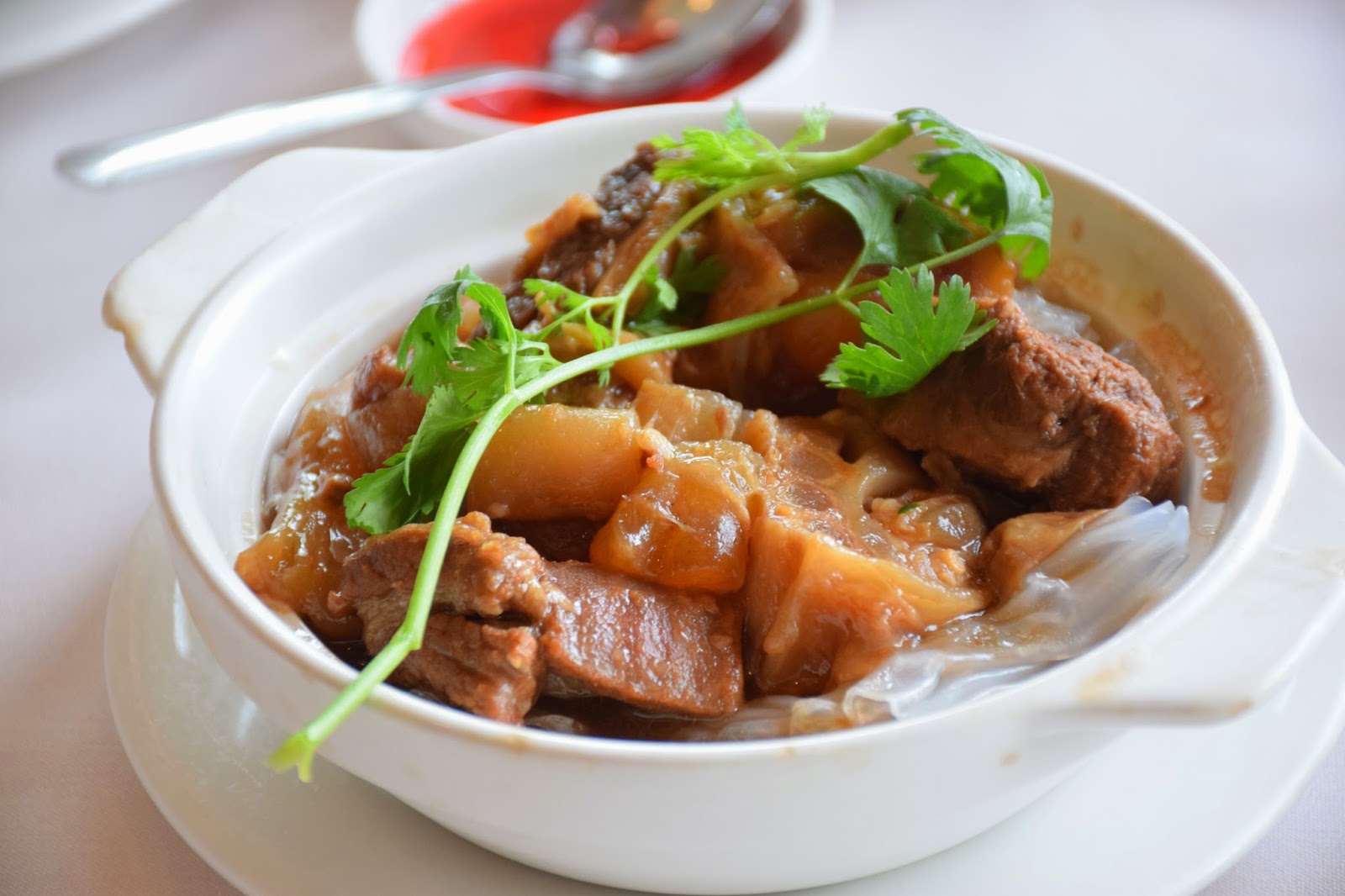 Beef Brisket and Tendon w/Rice Noodles
3/5 stars
The beef brisket was reasonably tender, and full of flavour. The entire dish was soy sauced based, and had just the right amount of saltiness. The tendon was moist, and really chewy, as expected haha. The rice noodle is of the transparent variety, and is of a firmer texture than regular rice noodles. 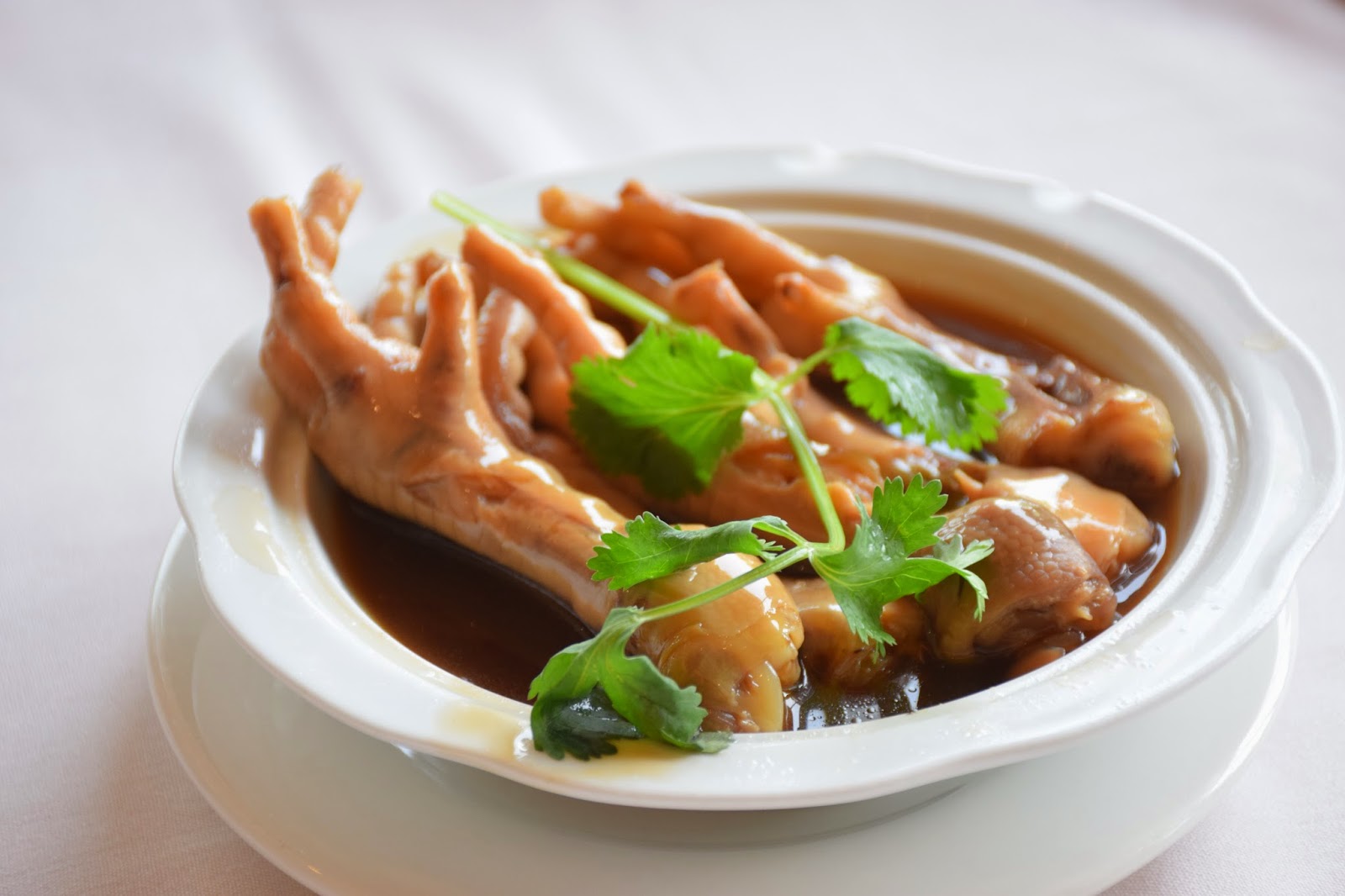 Chicken Feet
3/5 stars
My dad ordered this because it was on Daily Special for $3.99! It was more chewy, and less soft than other places. I had to actually exert effort to pry off the skin, because it didn't come right off haha. The sauce it was sitting in was saltier than the duck feet, and also more watery! 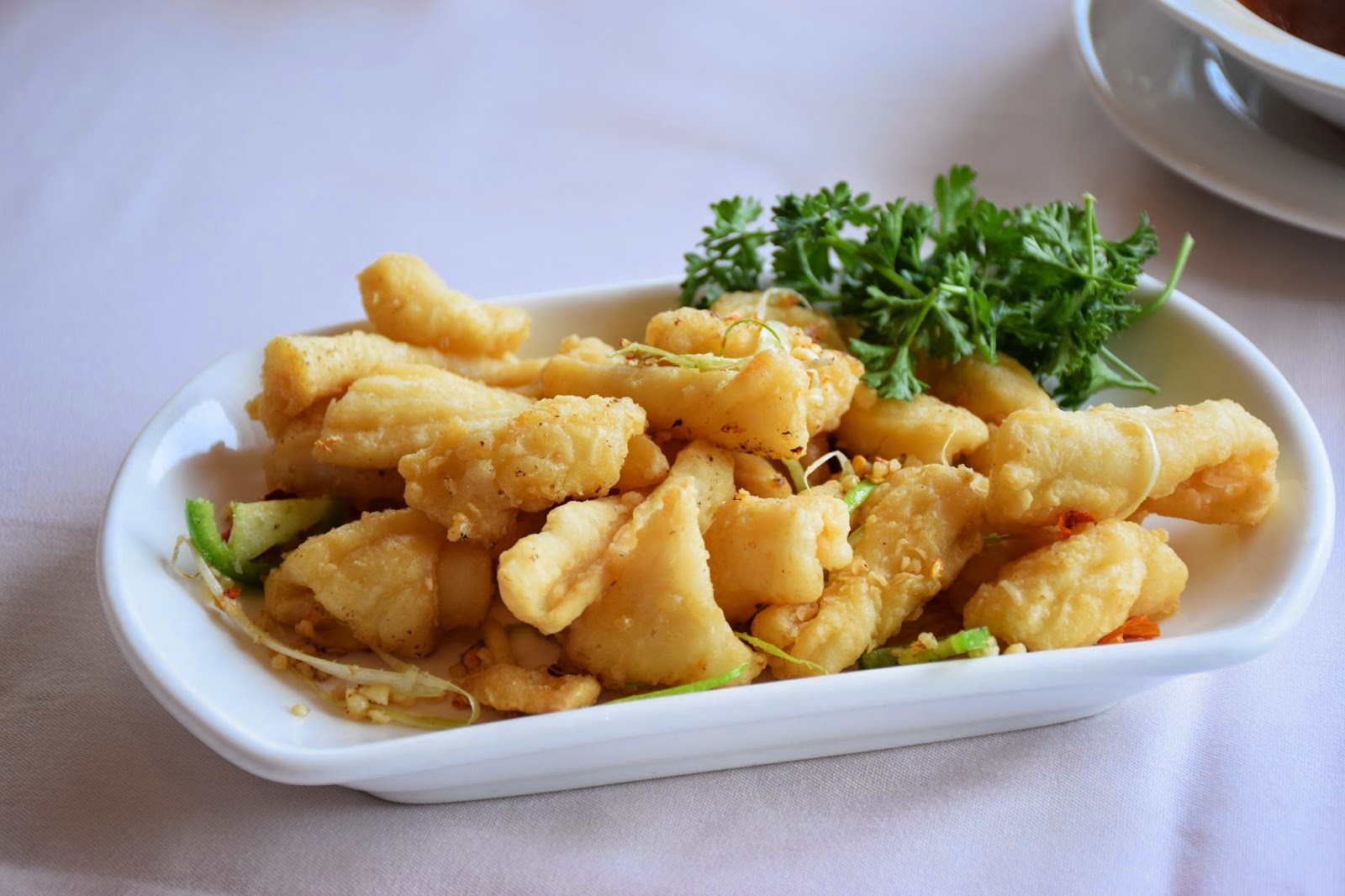 Fried Squid
4/5 stars
This was the best dish of the night! I read on a yelp review, that these were the best battered squid in town, and I have to say, it isn't that far from the truth! Granted, I haven't tried every interpretation of fried squid in Van, but these were really good! The batter was very lightly laid on, super crispy and well seasoned with ample amounts of spices. Best part, it wasn't oily, at all! 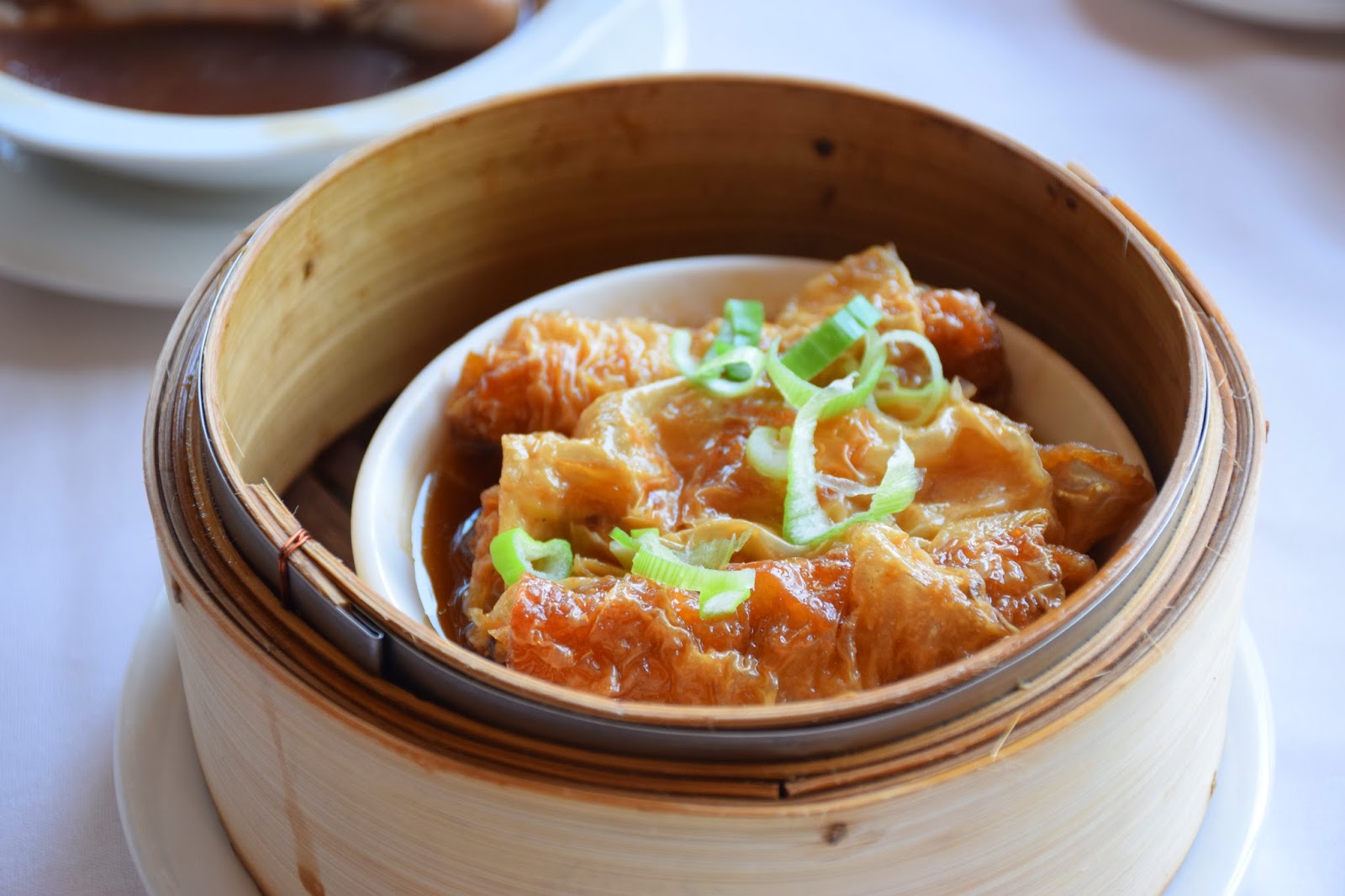 Fried Bean Curd in Wine Sauce
3/5 stars
For some reason we always end up ordering fried bean curd even every time at dim sum! I'm not even that fond of fried bean curd, it's one of the dim sum items I care less for haha. Mental Note to self: Stop ordering fried bean curd!! These were rather well executed though: despite soaking in the sauce, the skin retained it's crispness and didn't get soggy. The meat filling was moist, and reasonably flavourful. 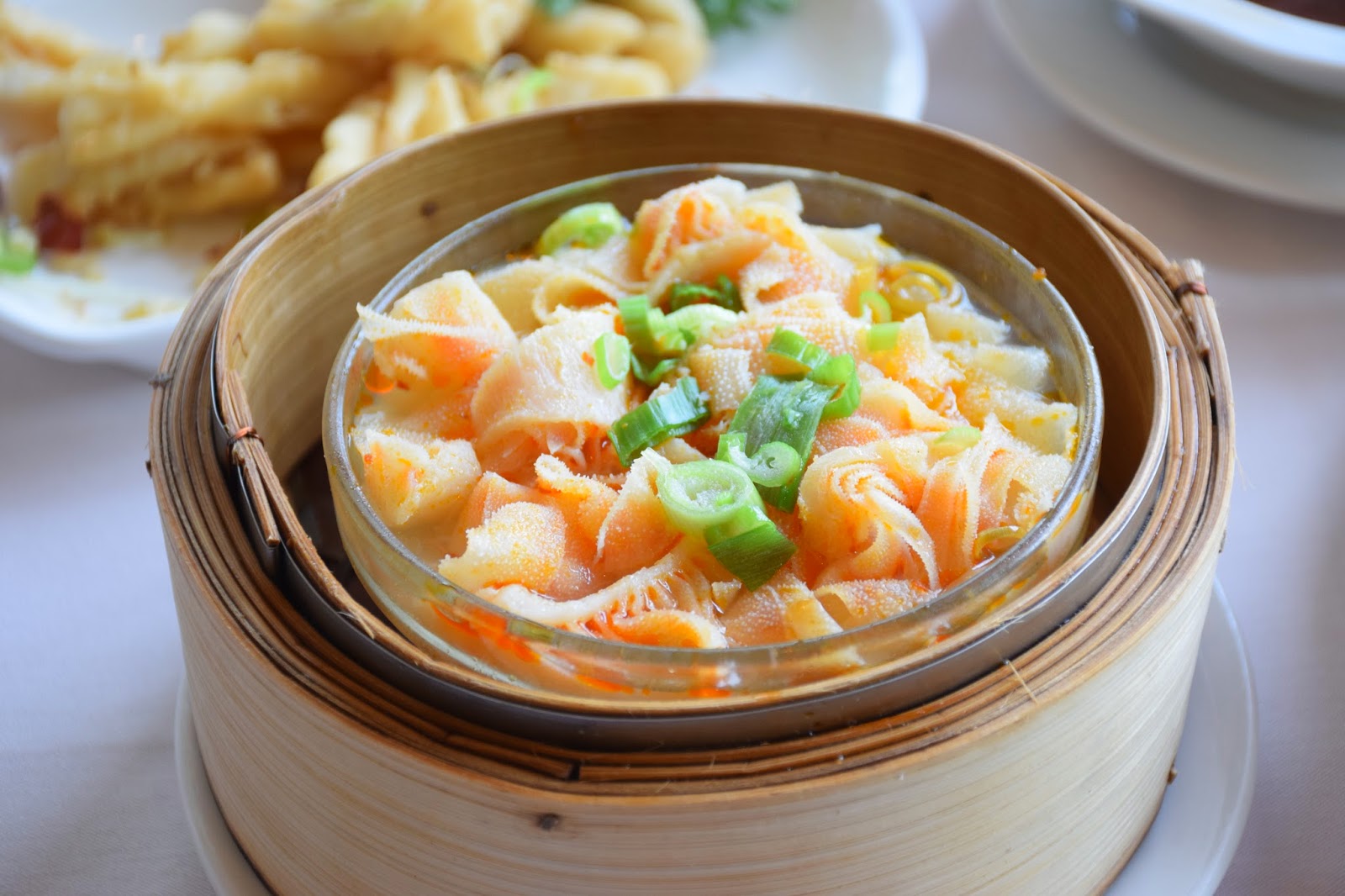 Beef Omsasum in Spicy Wine Sauce
2/5 stars
While the omasum had been cooked properly I was kind of disappointed because the wine element was virtually nonexistent because all you could taste was the overpowering chilli oil. 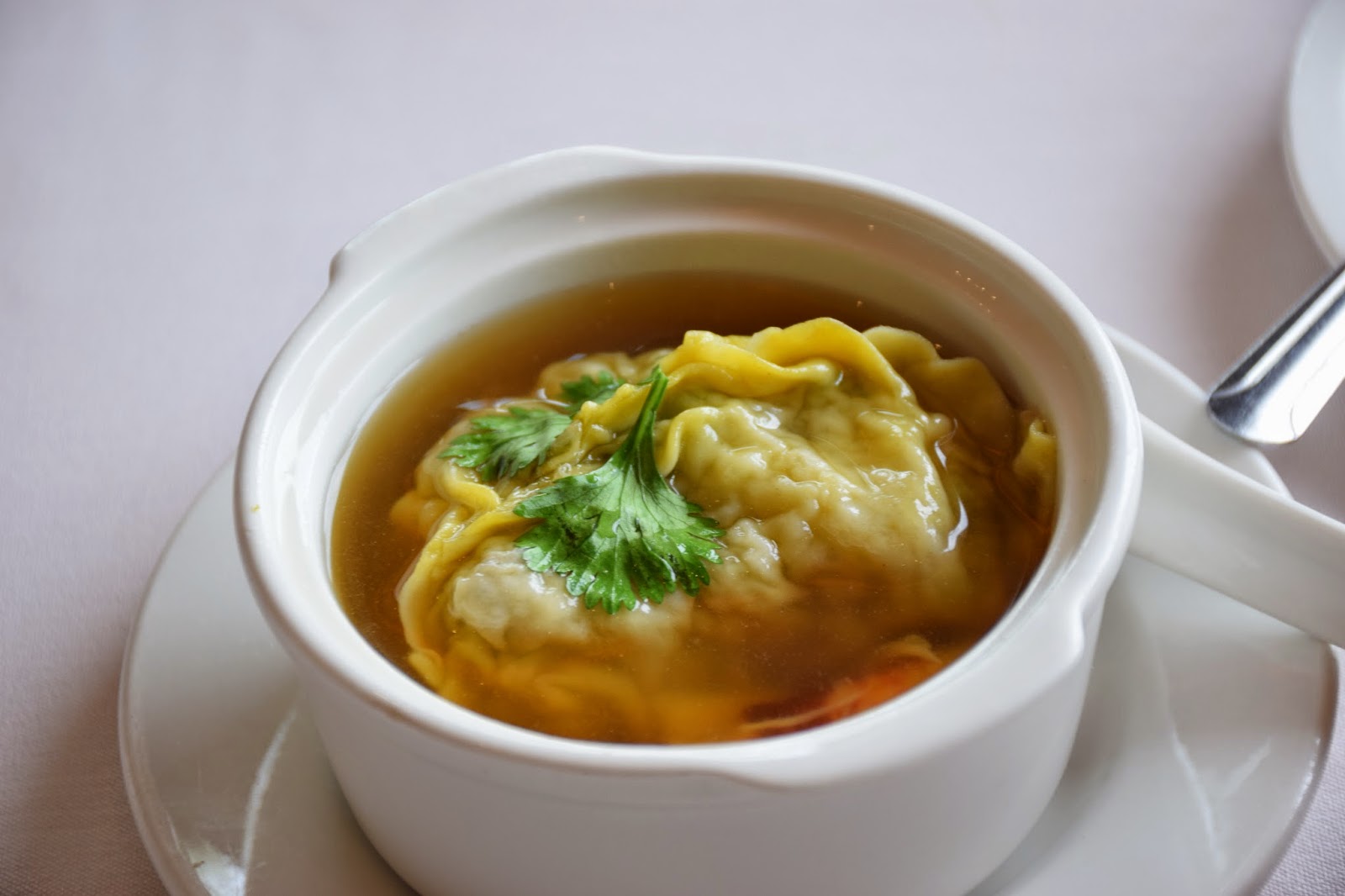 Crab Dumplings
3.5/5 stars
My dad was a bit annoyed at me for ordering this, because turns out it only came with one piece haha! Hey, I didn't know! So I had this entirely to myself hehe. I really enjoyed this! The dumpling skin was really thin, and wasn't doughy at all! The crab filling was tender, and had been really well seasoned! The broth was engaging with tons of depth, without relying heavily on the salt! 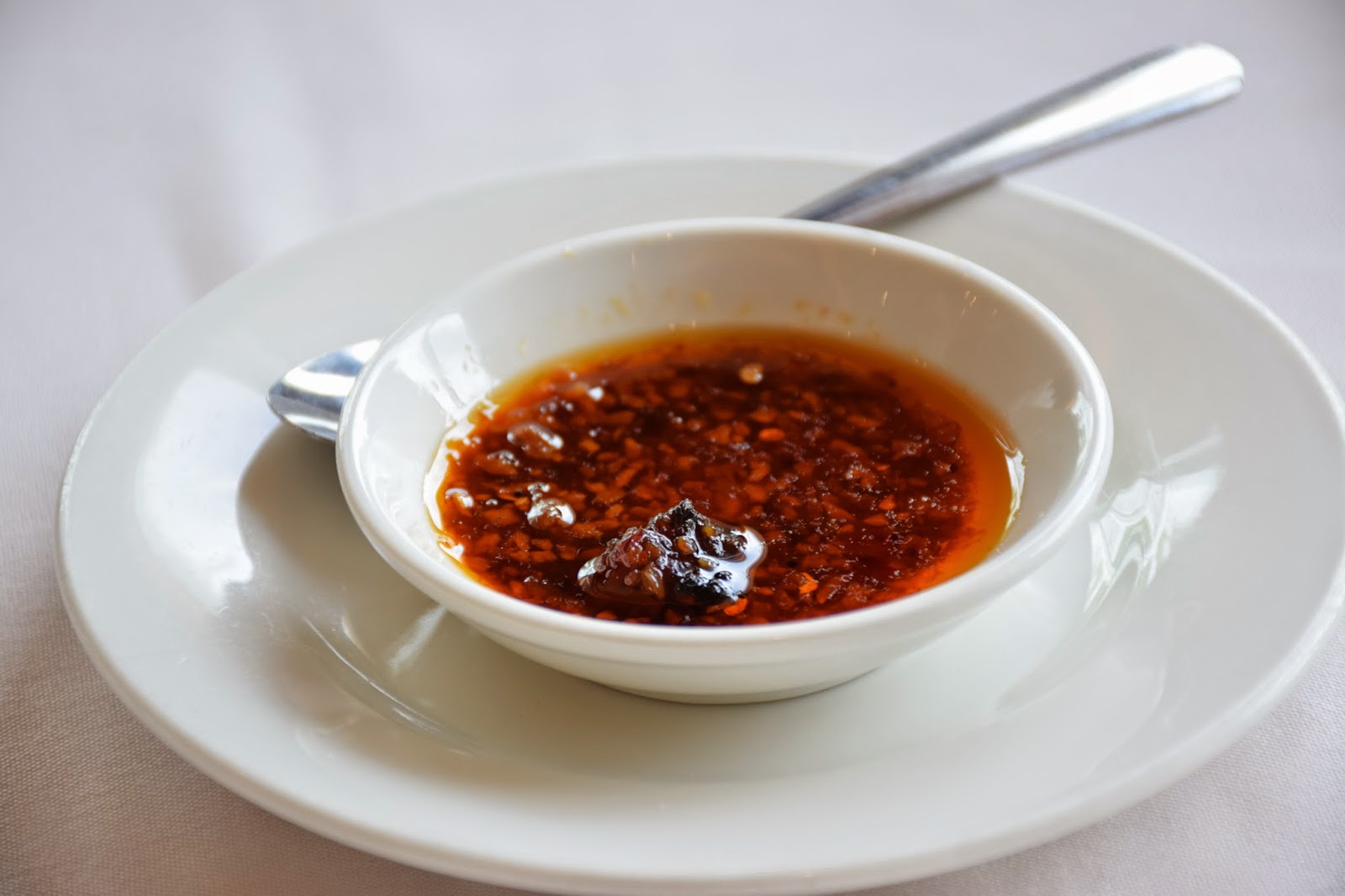 Even before ordering, we got some complimentary chilli oil! 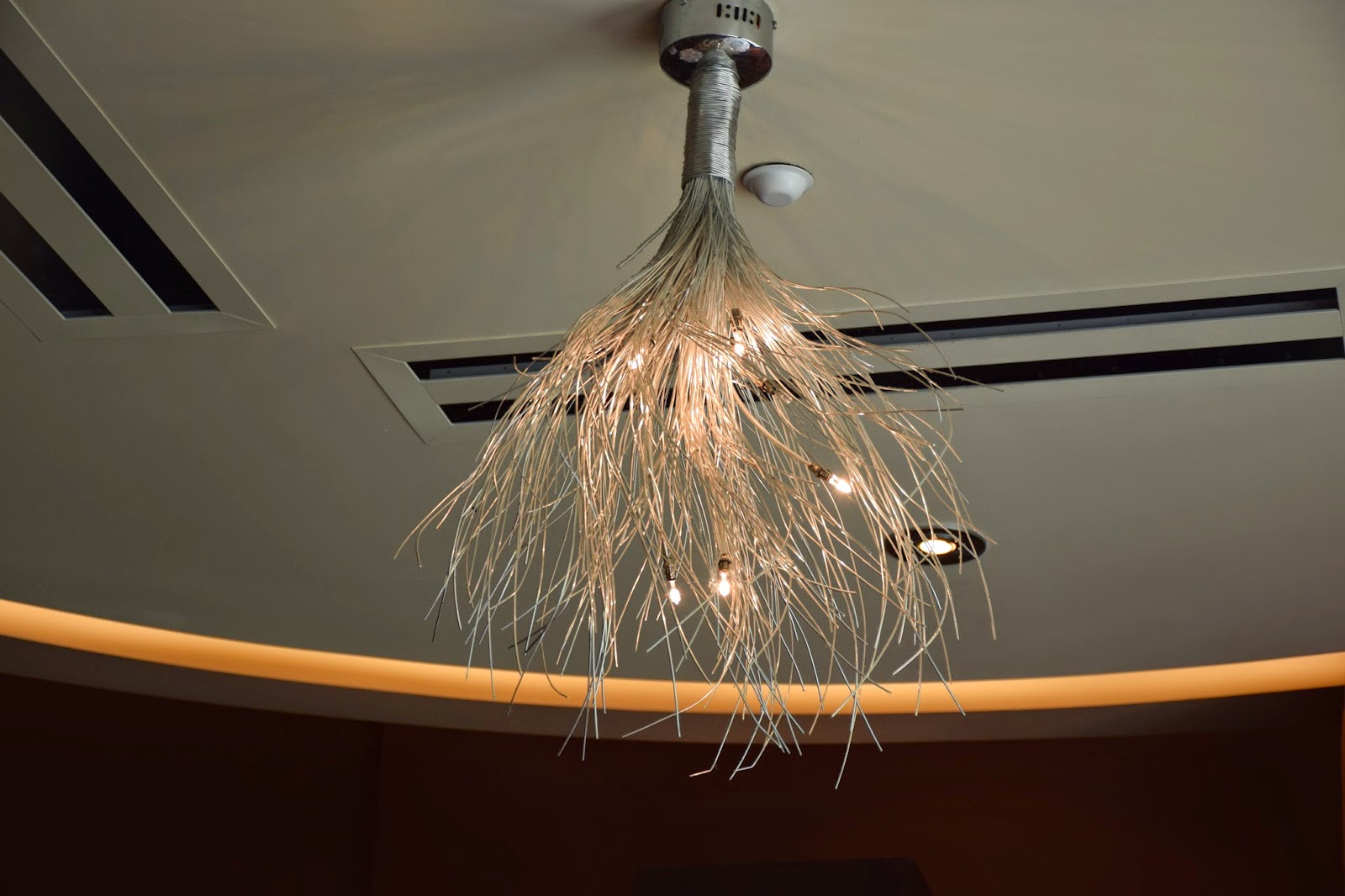 I have a really exciting interview today for a potential foodie job hehehe, wish me luck! And thank you so so much for reading, it wouldn't have been possible without all your support!! :D