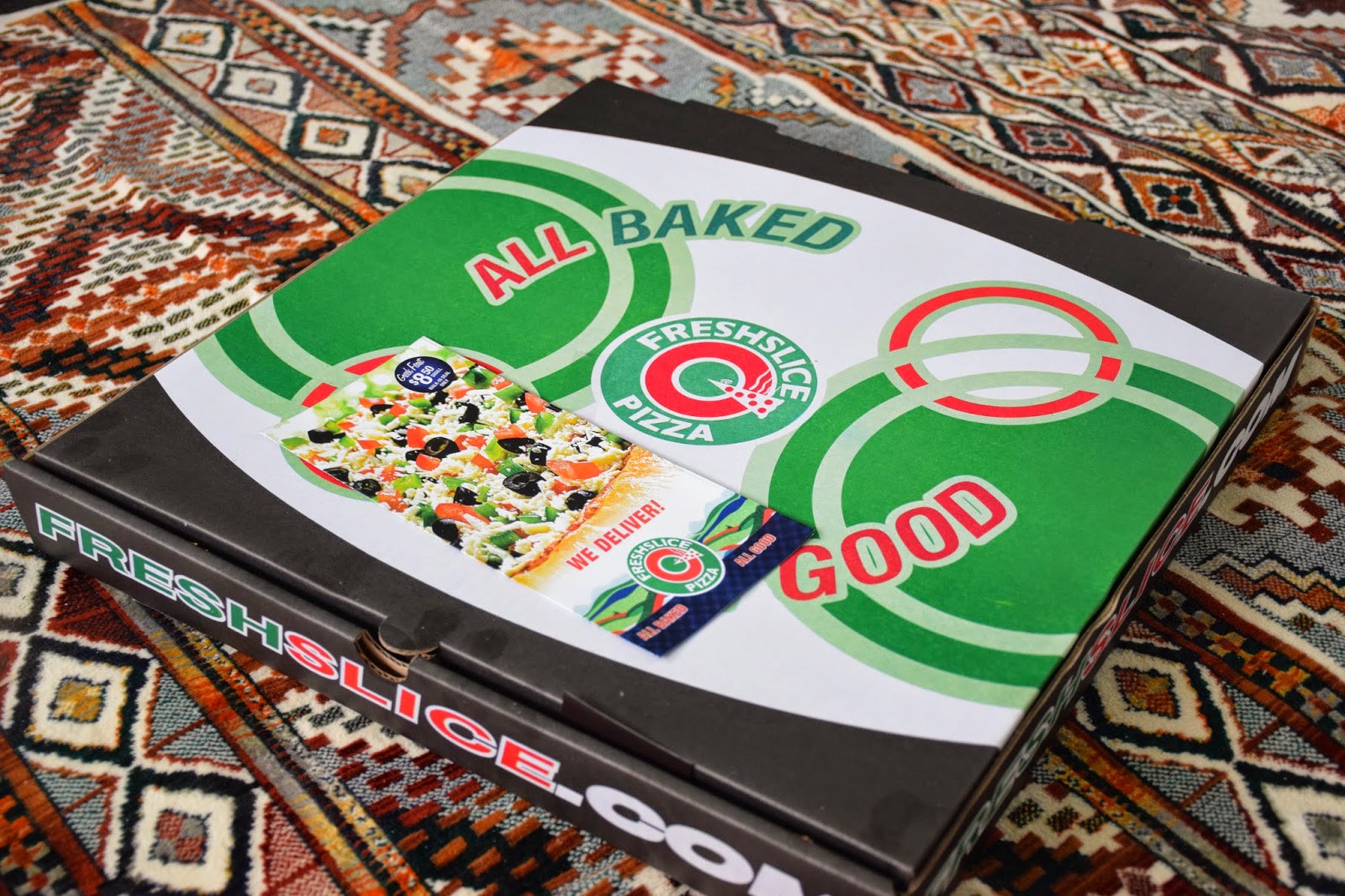 The only saving grace on a rainy day at home is pizza delivery haha. Maybe it's just my Domino's location, but it takes forever for them to deliver! Last time it took them over 2 hours and when the pizza got to my house it was already cold.

This time I decided to give FreshSlice a go since I've never ordered from them before! I was pretty impressed that the pizza made it to my door in under 30 mins! One thing that annoys me about FreshSlice is that they don't honour coupons over the phone. So I ended up paying $25 for a XL. The XL is the only "large" size because the second biggest is the medium. 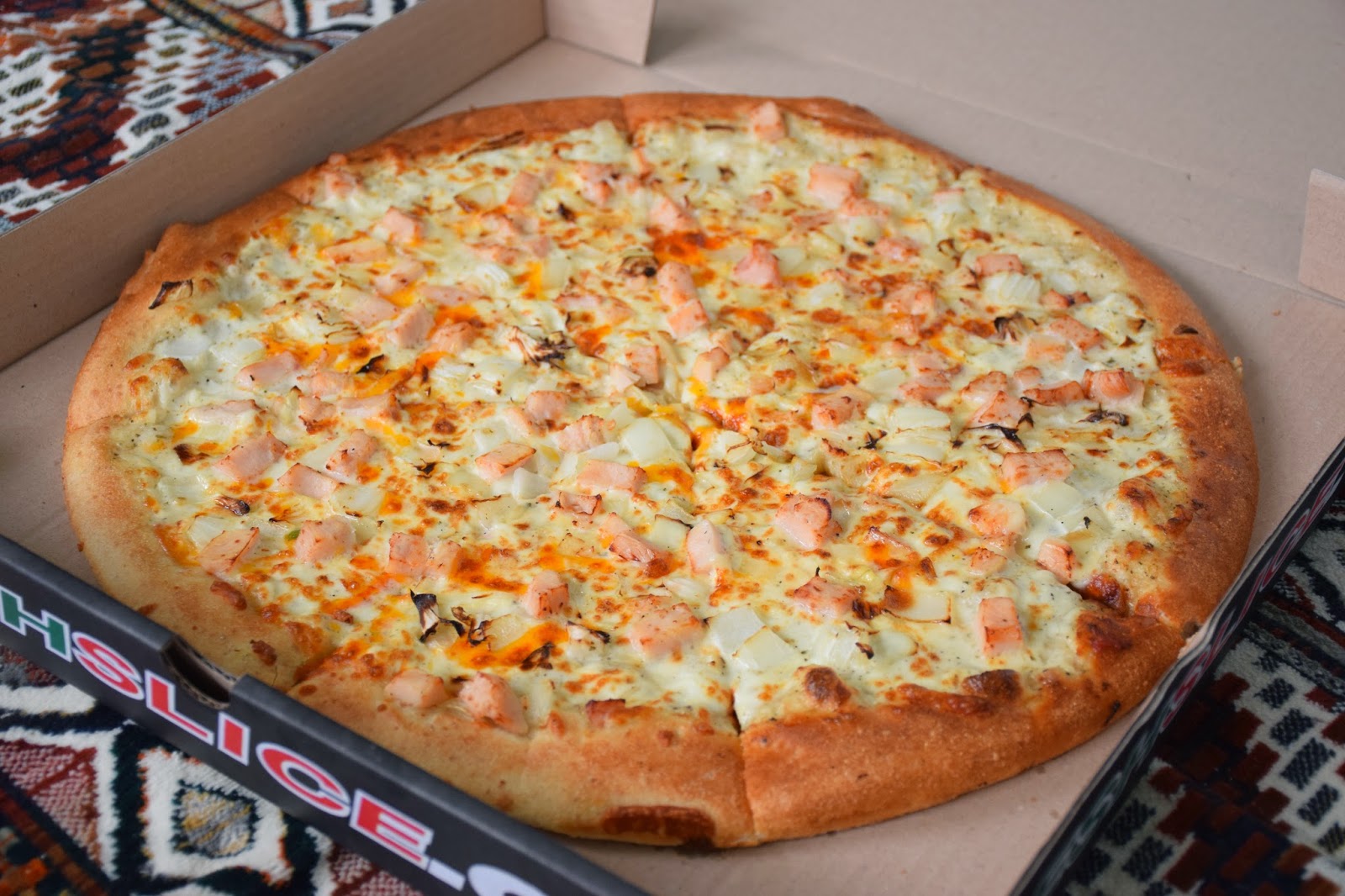 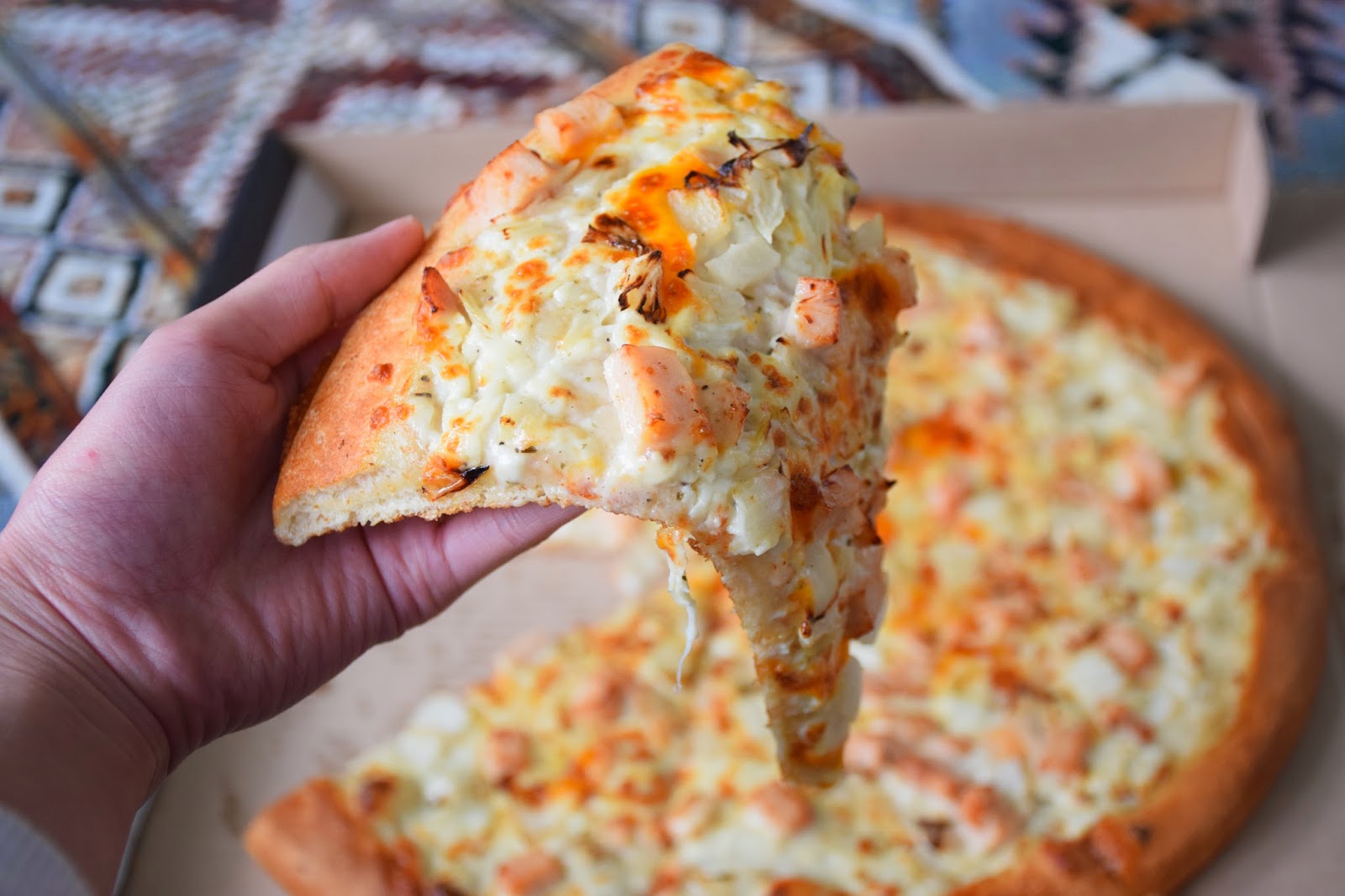 If the pizza droops at a 90 degree angle, you know that the pizza's fresh and just came out of the oven! If it's straight as a board, it's likely stale and has been sitting under a heat lamp for who knows how long haha.

Yes, I'm rating the crust and toppings separately haha! The toppings were delicious but the crust...not so much haha. The crust was a bit harder than I would have preferred and the bread was a little too dense. I ordered the thin crust but the crust was still pretty thick. I loved the toppings though! The pizza had two types of cheese on it, mozzarella and parmesan! It also had a ton of sour cream on it, which added a nice underlying sour flavour to the pizza! The garlic element actually wasn't all that prominent, which I appreciated haha. There was also an ample amount of pepper, which really accentuated the other flavours and brought the entire pizza together.

Hey, it's not the best pizza ever, but by home delivery standards, it's pretty darn good! If you buy it by the slice at $1.25 in store, it's a great deal!