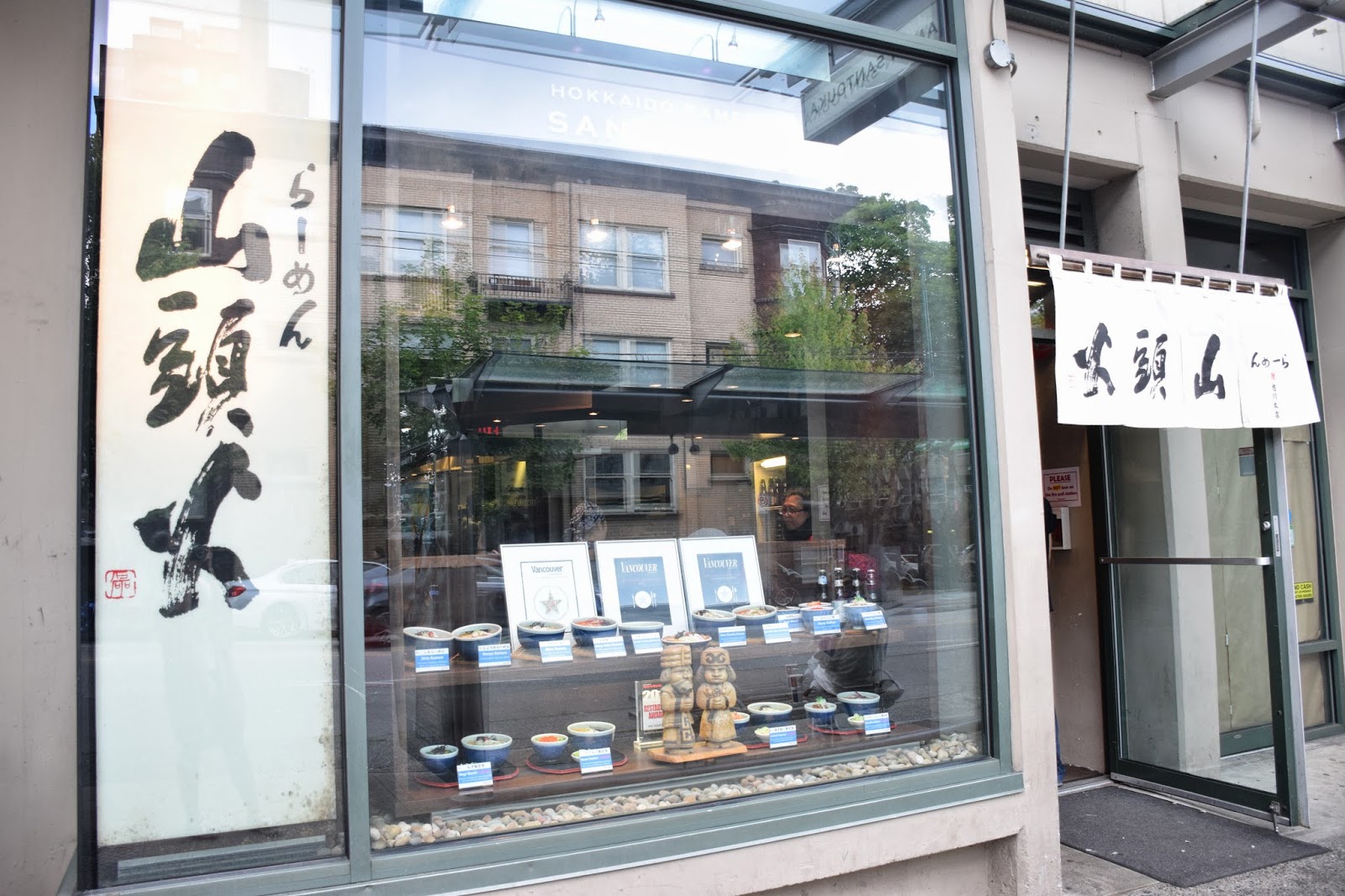 There are only 2 reasons why a restaurant would have a lineup: A) It's cheap or B) It's just that good haha! In this case, it was the latter. Santouka has been open since 2009, but looks like the hype surrounding this place still hasn't toned down haha! Santouka is a famous chain in Japan, with locations all over the world! Even with other fine ramen joints like Marutama and Kintaro in the vicinity, Santouka is still as busy as ever, even past prime lunch hour! It is a tad pricey at over $10 for a bowl of ramen, but considering that Marutama across the street is $18, this isn't that bad haha!

We had to wait a solid 15 mins before we were seated! It was raining that day, and despite the downpour, people were still standing in line! Oh, the things people will do for food haha! But hey, if you don't want to wait, Guu is right next door, and Marutama is across the street! Despite the amount of people, the waitresses were still really friendly and patient! 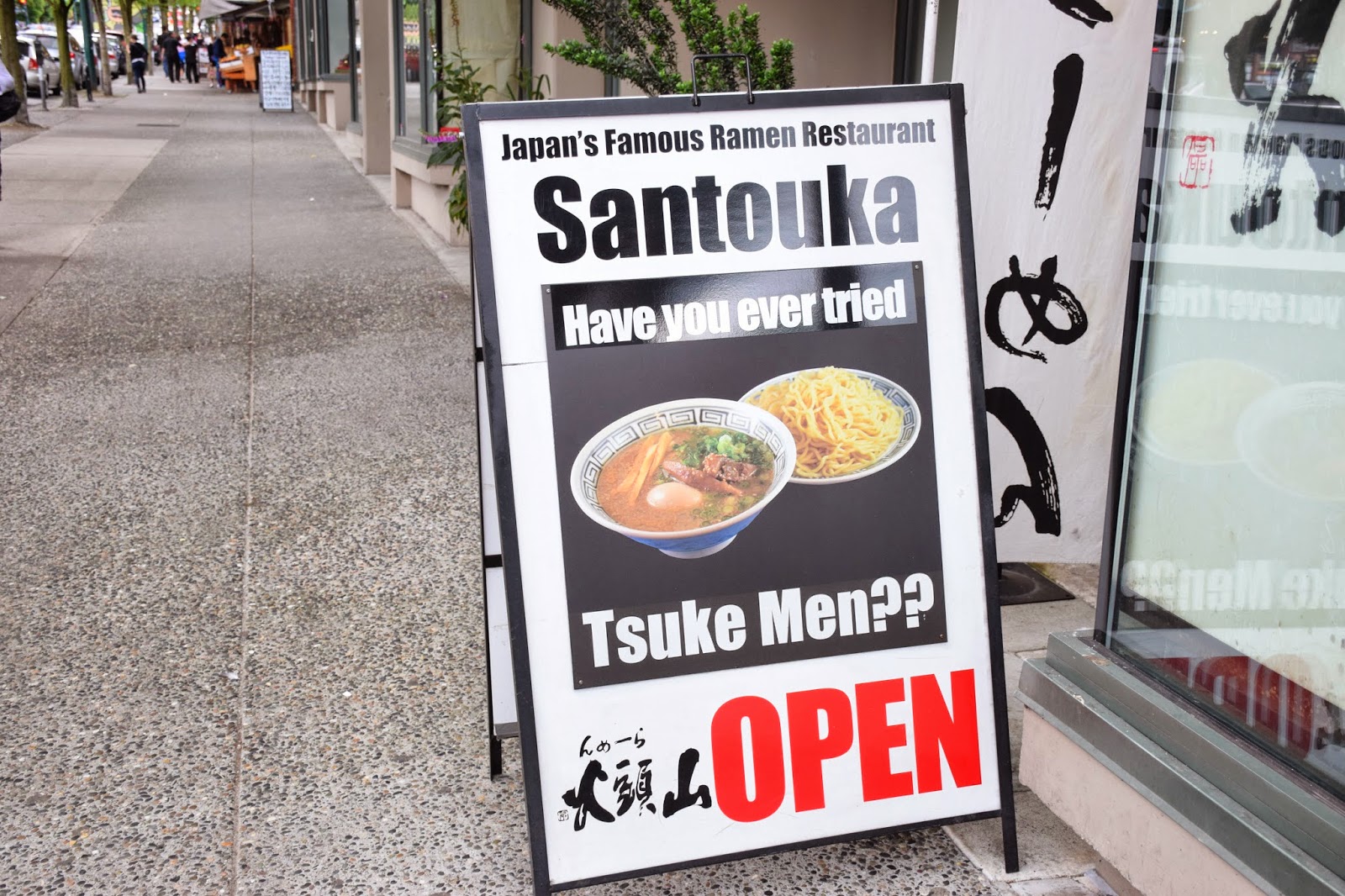 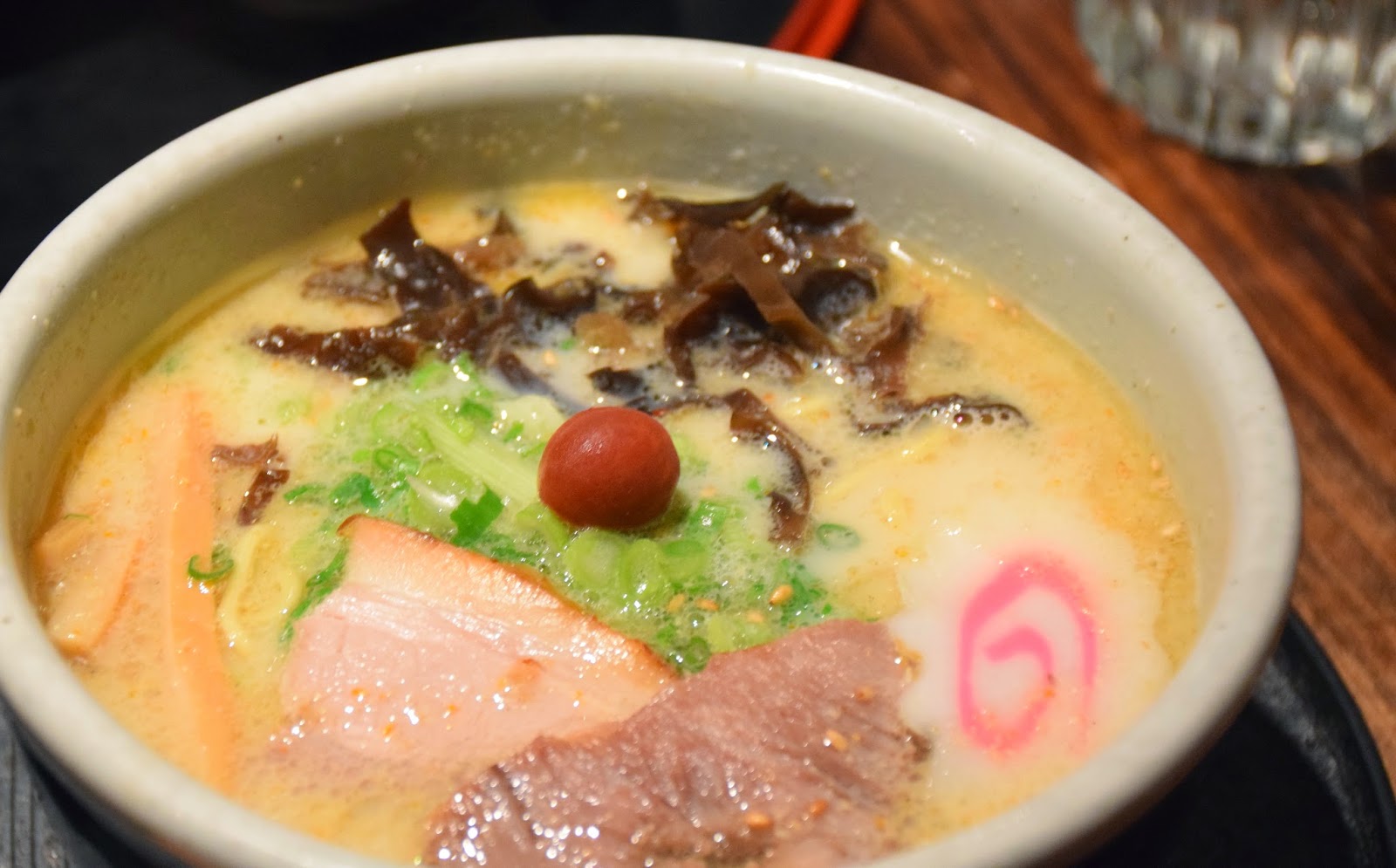 Shio Ramen
4/5 stars
This is what they're known for: their shio ramen! There are countless of interpretations of shio ramen in Greater Van, but word around town is that Santouka does it best! Granted, I haven't tried every single ramen joint in Van haha, so I'm not in the position to say, but I have to admit, this was pretty darn tasty! The noodles had been cooked al dente, and had the perfect bite! The shio pork bone broth was amazing: creamy, milky, with just the right amount of richness, and layers of depth. The pork bone was indeed very prominent, having been simmered for hours.

My mom said that the broth tasted like crab meat to her haha! There was also some mu er, char siu, green onion, and bamboo shoots in it too! The crunchy texture of the mu er and bamboo shoots was a nice contrast to the ramen! 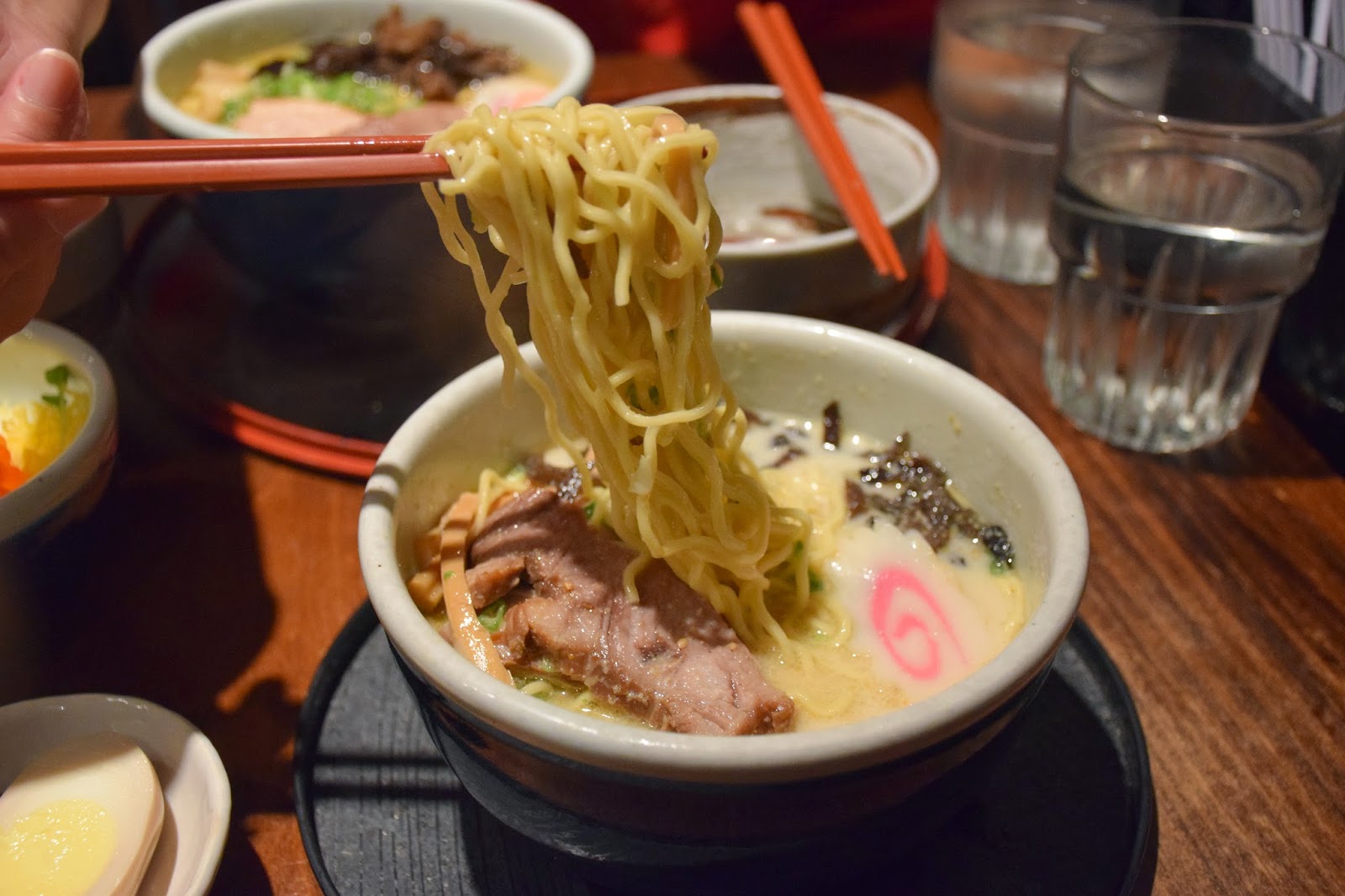 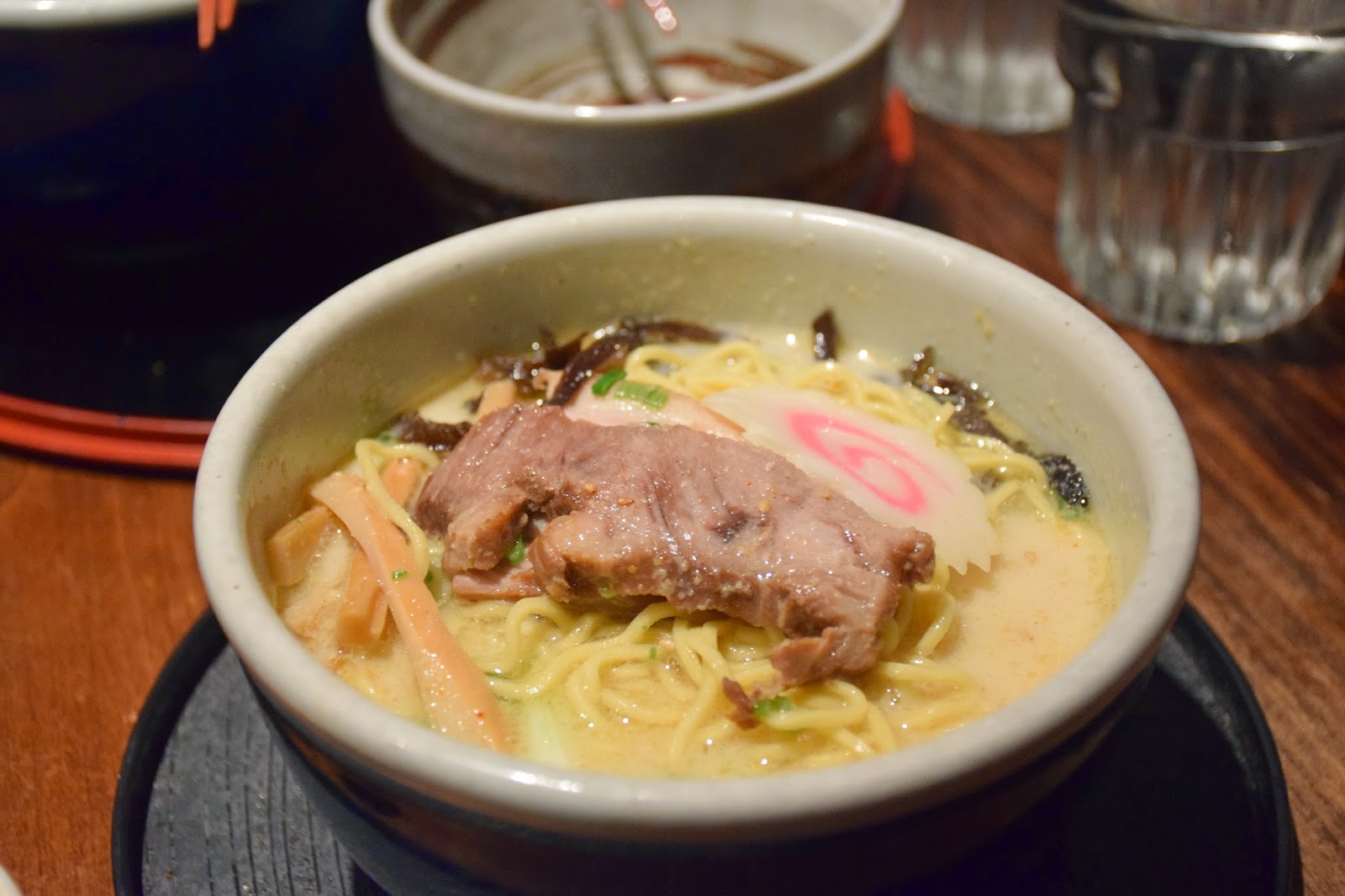 Char Siu
Super tender, moist pieces of char siu...are you drooling yet? They've definitely nailed the lean to fatty meat ratio haha! Most of the ramen bowls come with 2 pieces, but you can also get a char siu ramen which has more pieces of char siu! 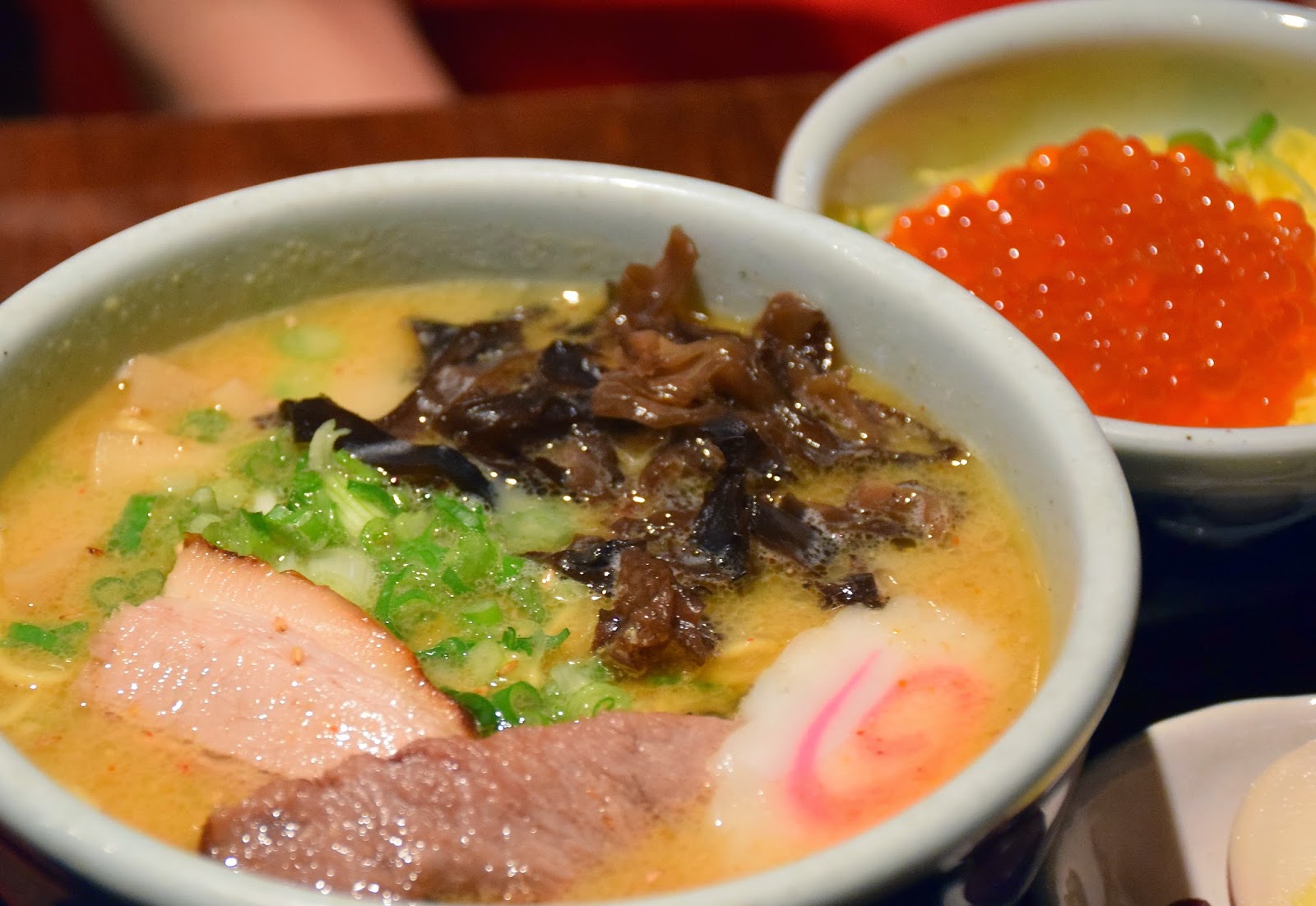 Miso Ramen
3/5 stars
My mom ordered the miso ramen combo which came with a side of Ikura Gohan! Considering that the ramen is almost $10 on its own, it was a pretty good deal at $14.95! The miso ramen was much richer, and creamier, but had less depth than the shio ramen! It tasted primarily like (you guessed it) miso haha! It also had a slight nutty undertone and was much darker in colour. Despite being very rich, it wasn't all that salty! Unlike the shio, the miso ramen also came with an extra side of boiled egg and some sour pickles! I still prefer the shio ramen though, because in terms of flavour, it had alot more depth haha! 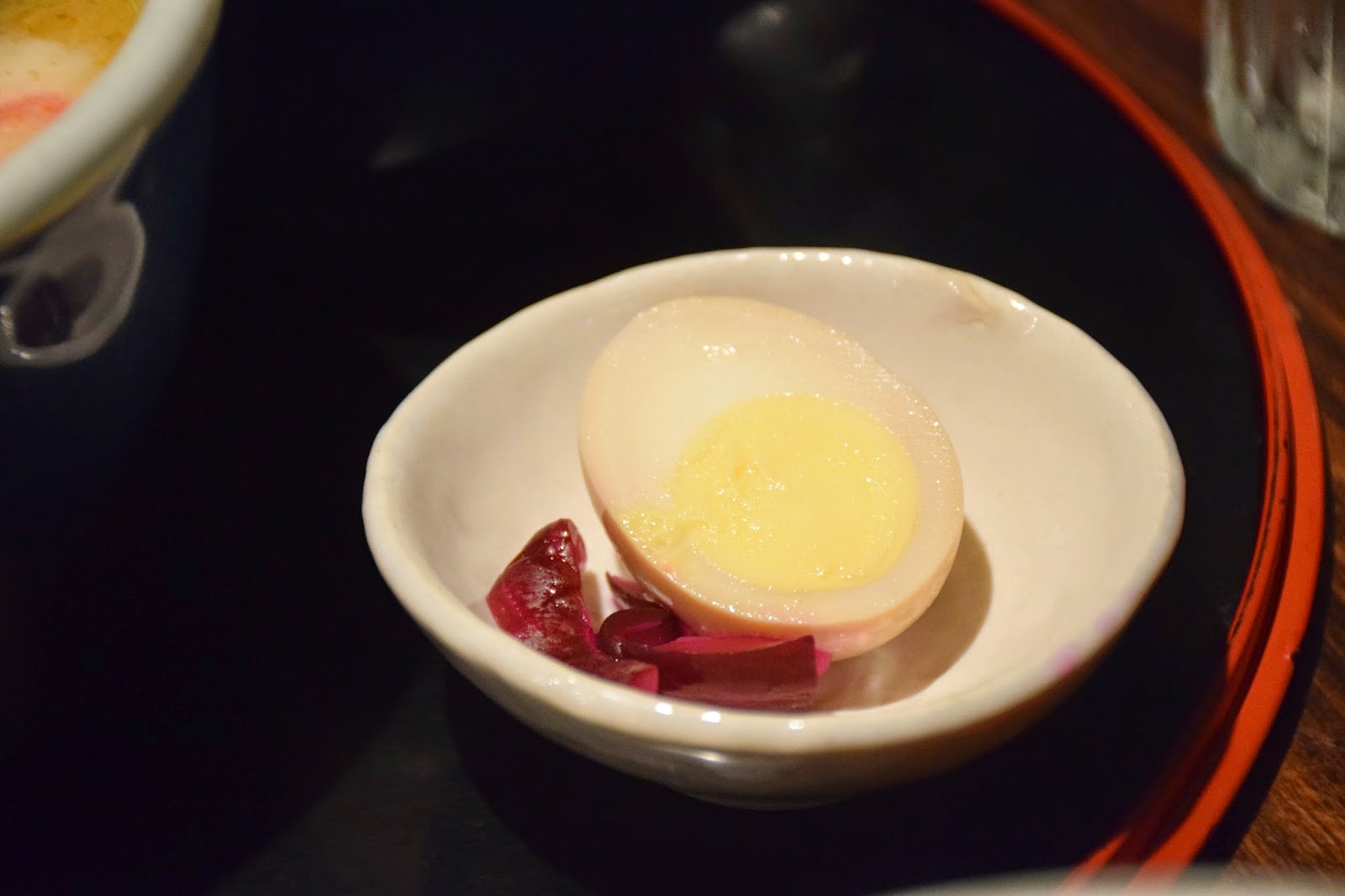 The miso ramen also came with half a boiled egg, which had a subtle soy sauce flavour and some marinated pickles! I'm glad I left the pickles till the end because they were super salty haha! 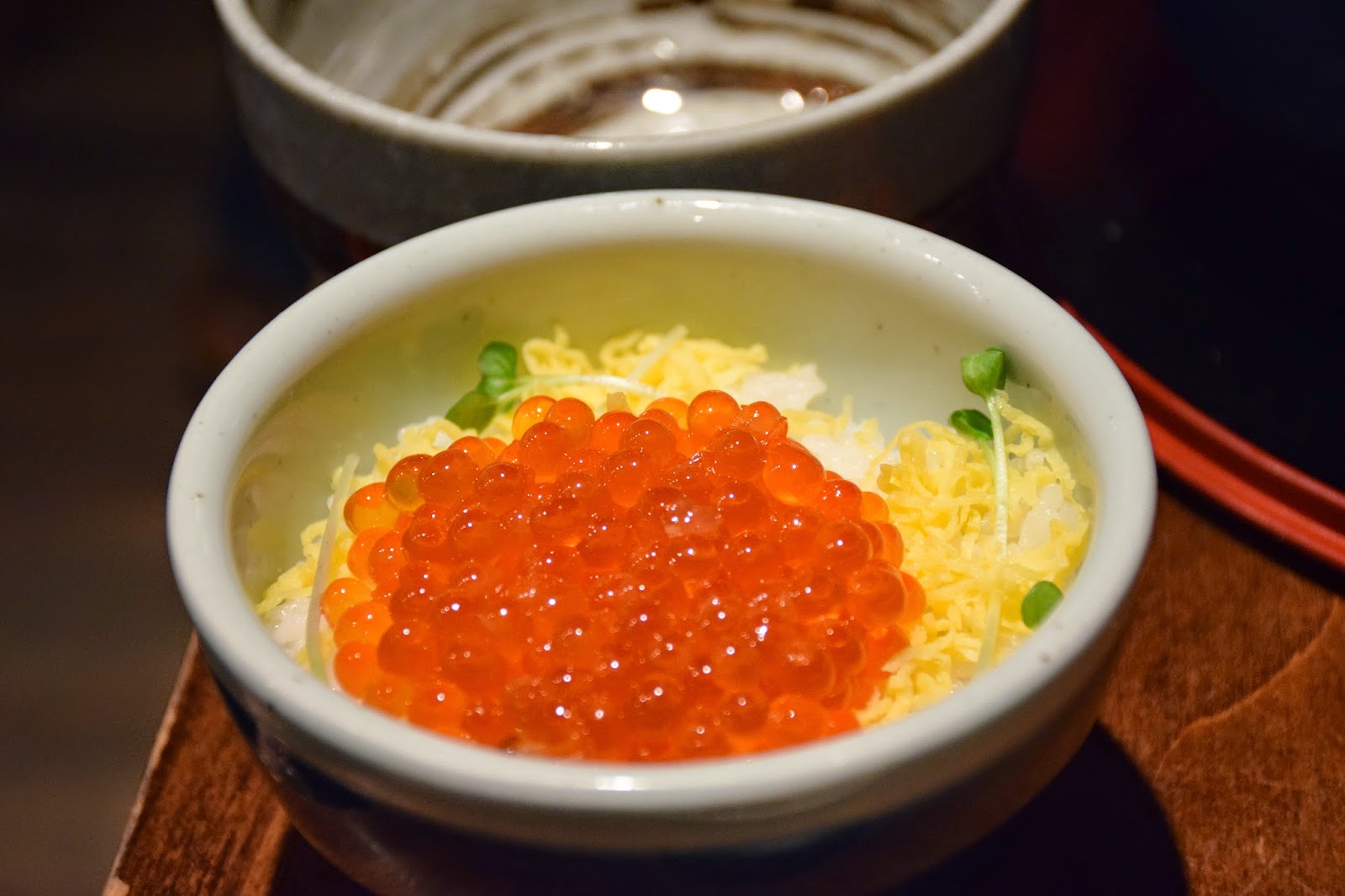 Ikura Gohan
The miso ramen combo also came with a small side of Ikura Gohan, which is fish roe on rice! The fish roe was delicious, it was just the right texture and full of flavour! There was also bits of what I would presume to be shredded tamago, which added a subtle sweetness to the dish! The rice was nice and fluffy too! You can also order this on its own, if you find yourself at Santouka and you're not in the mood for ramen (which I doubt) haha!

Not only is their ramen amazing, their rice bowls are awesome as well! Overall, Santouka is definitely a must eat spot if you ever find yourself on Robson looking for ramen! :D