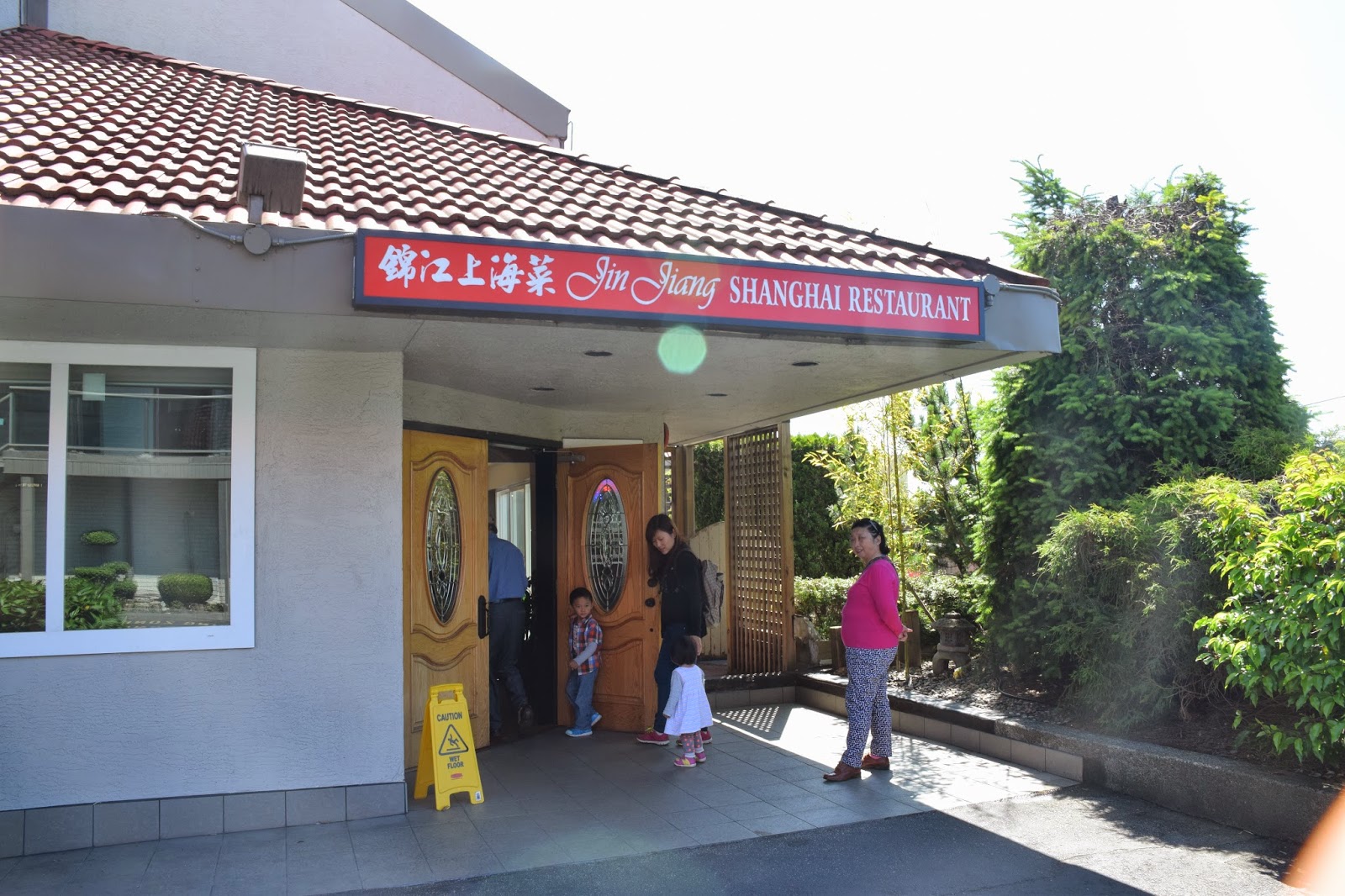 This was a celebratory lunch in honour of my grandpa's 87th birthday! Congratulations grandpa on making it this far and Happy Happy Birthday!! (even though you're not going to read this haha.) My grandpa's a great guy, he overcame difficult circumstances when he fled from mainland China to Taiwan, where he eventually became a professor at the University of Taiwan!

He lives in Burnaby, and didn't want to walk too far from his house, so we decided to go to Jin Jiang Shanghai Restauarant on Kingsway! It's located beside Best Western, near Safeway and Wholesale Club!

One of the perks of dining with the fam is that you guys get to see a larger variety of dishes as opposed to me eating out on my own (which is all too often) and just ordering one thing haha! 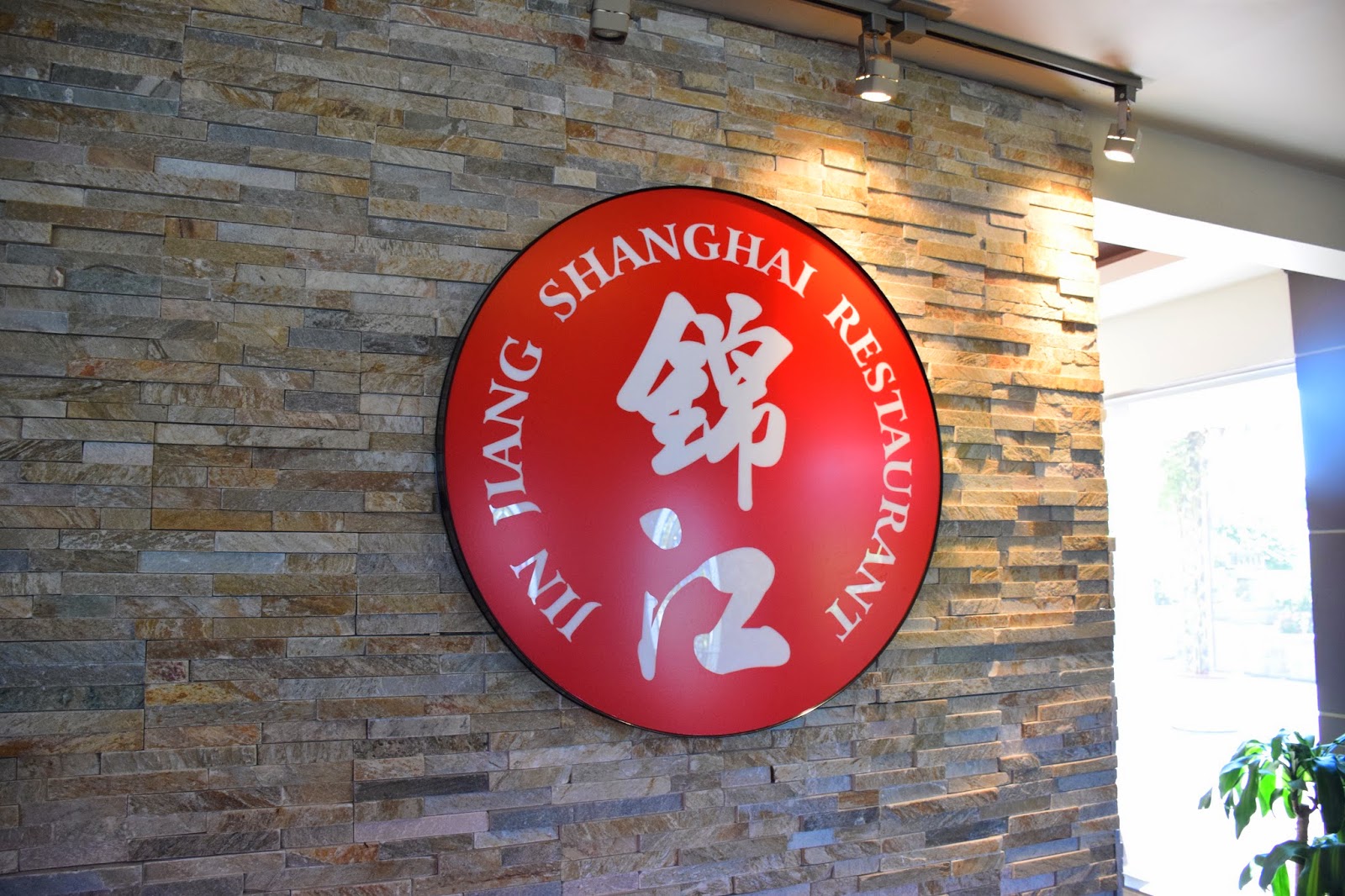 They have two separate menus, one for snacks/appetizers and another for entrees. Since we went at 11pm, we were told that the entree menu wasn't being served yet, so we had to order off the snacks menu for the first part of our meal! 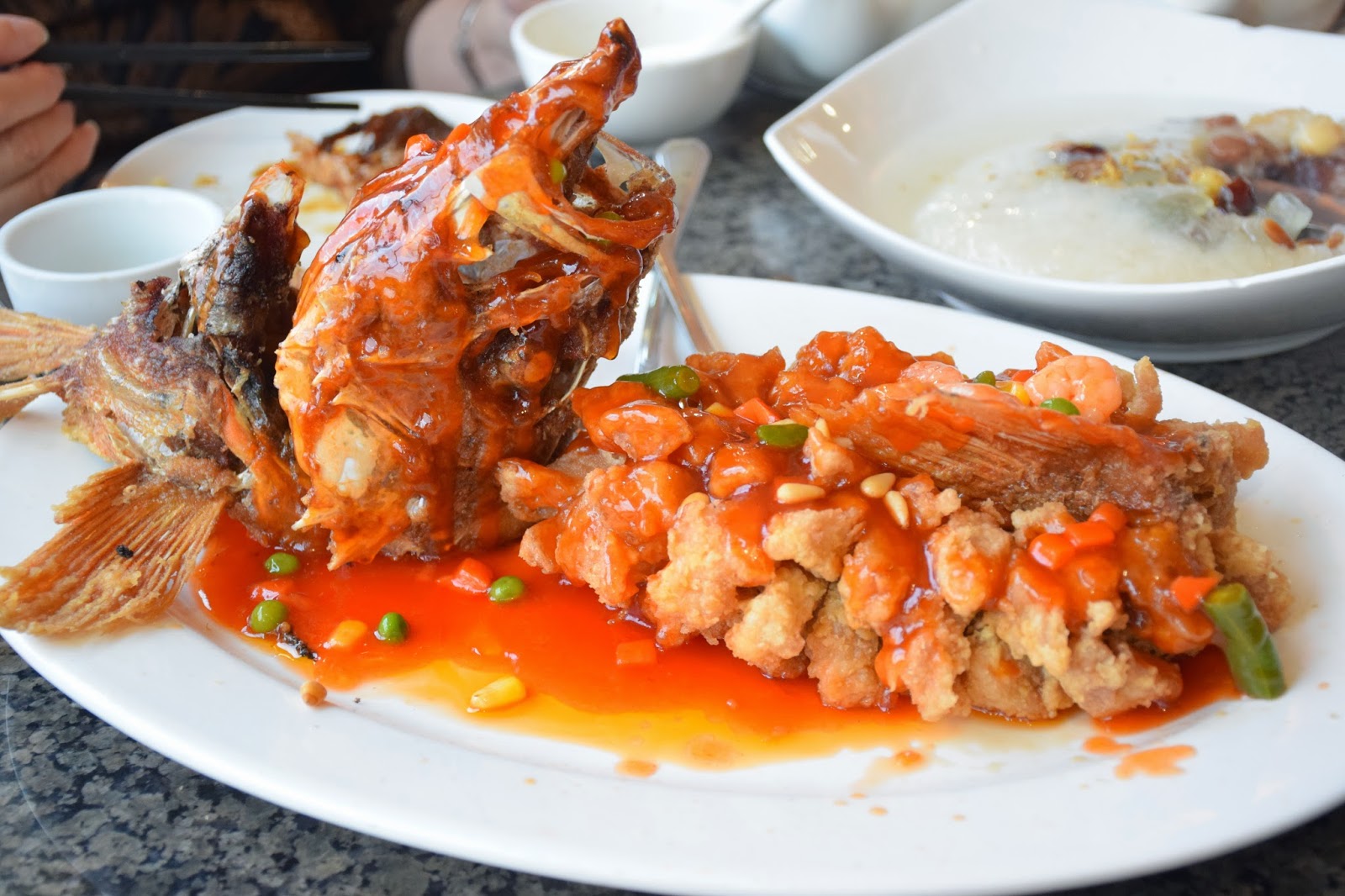 Sweet and Sour Rock Cod
4/5 stars
This was our main entree of the meal and one of our family staples that we always have to order at Shaghainese restaurants haha! What's a must order item for your family when you eat out?
I usually eat this dish at the end because I find that the sweet and sour sauce tends to overpower the other more delicate flavours, which is a personal pet peeve of mine haha.
This dish was rather well executed here, and the quality of fish wasn't bad! The exterior shell was lightly battered, with a satisfying crunch! The sauce wasn't as sweet as other versions I've had, and was more on the sour side. 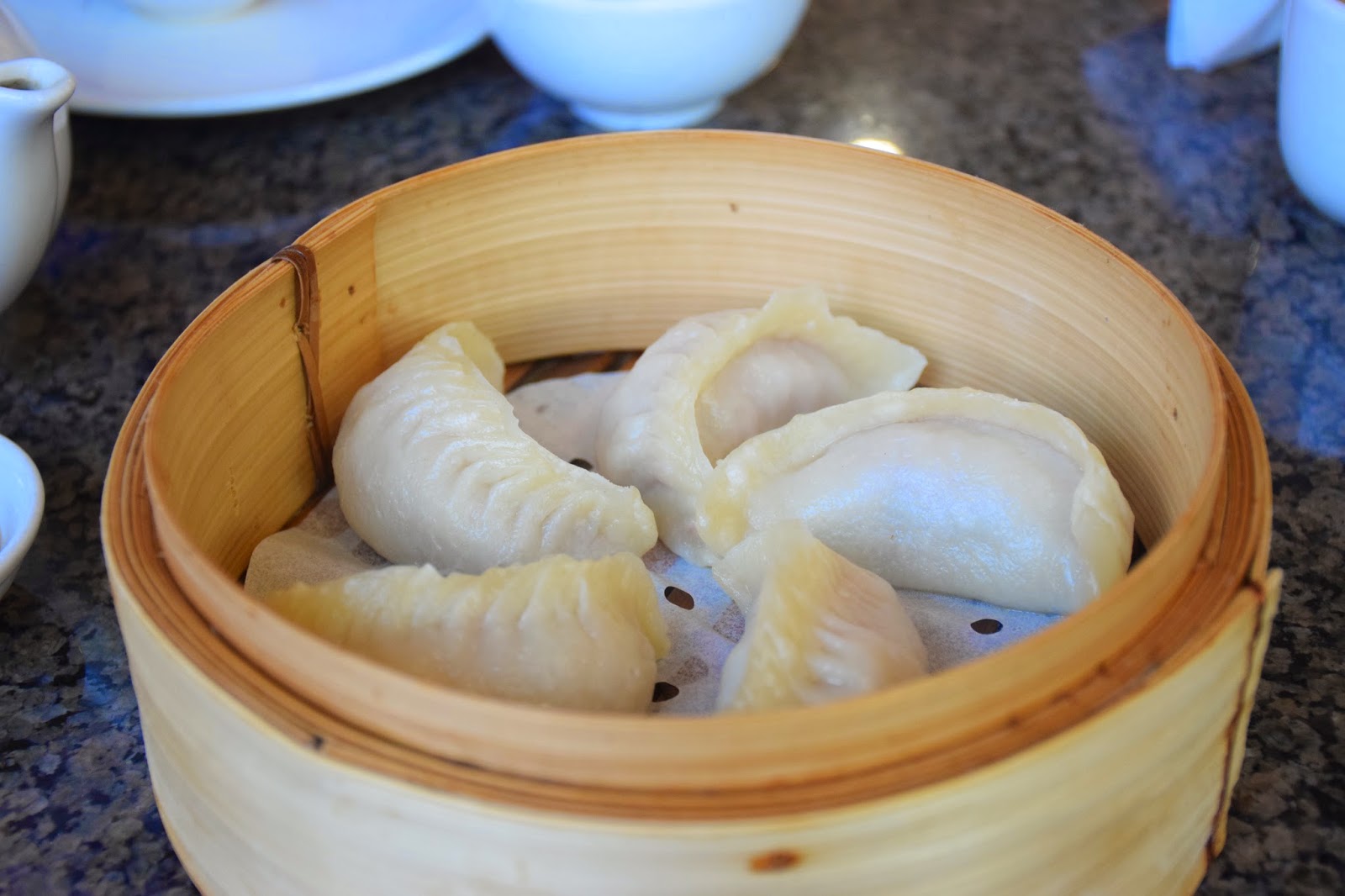 Lamb Dumplings (Snacks Menu)
3.5/5 stars
The first item that came was the lamb dumplings! The skin of the dumplings were a little doughy and thick, but the interior meat was great! It was juicy, moist, and choke full of that fragrant lamb flavour haha! 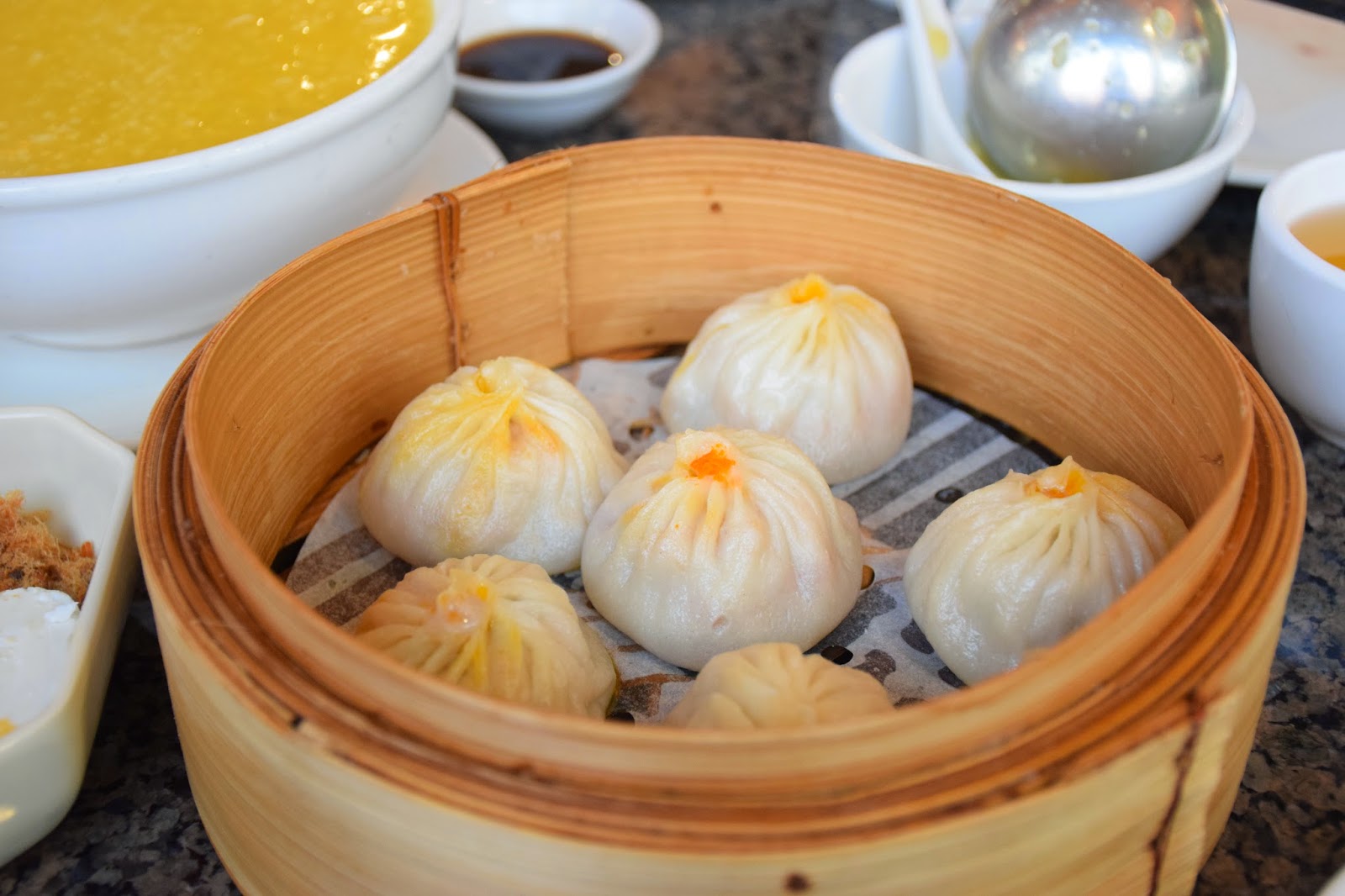 Crab Xiao Long Bao (Appetizer Menu)
3.5/5 stars
Xiao Long Bao, taken to another level! These were really tasty! The dumpling skin was very delicate and thin. The soup squirts out when you bite into it! The soup tasted like crab, and wasn't too salty! The filling was primarily pork with bits of crab meat it haha. 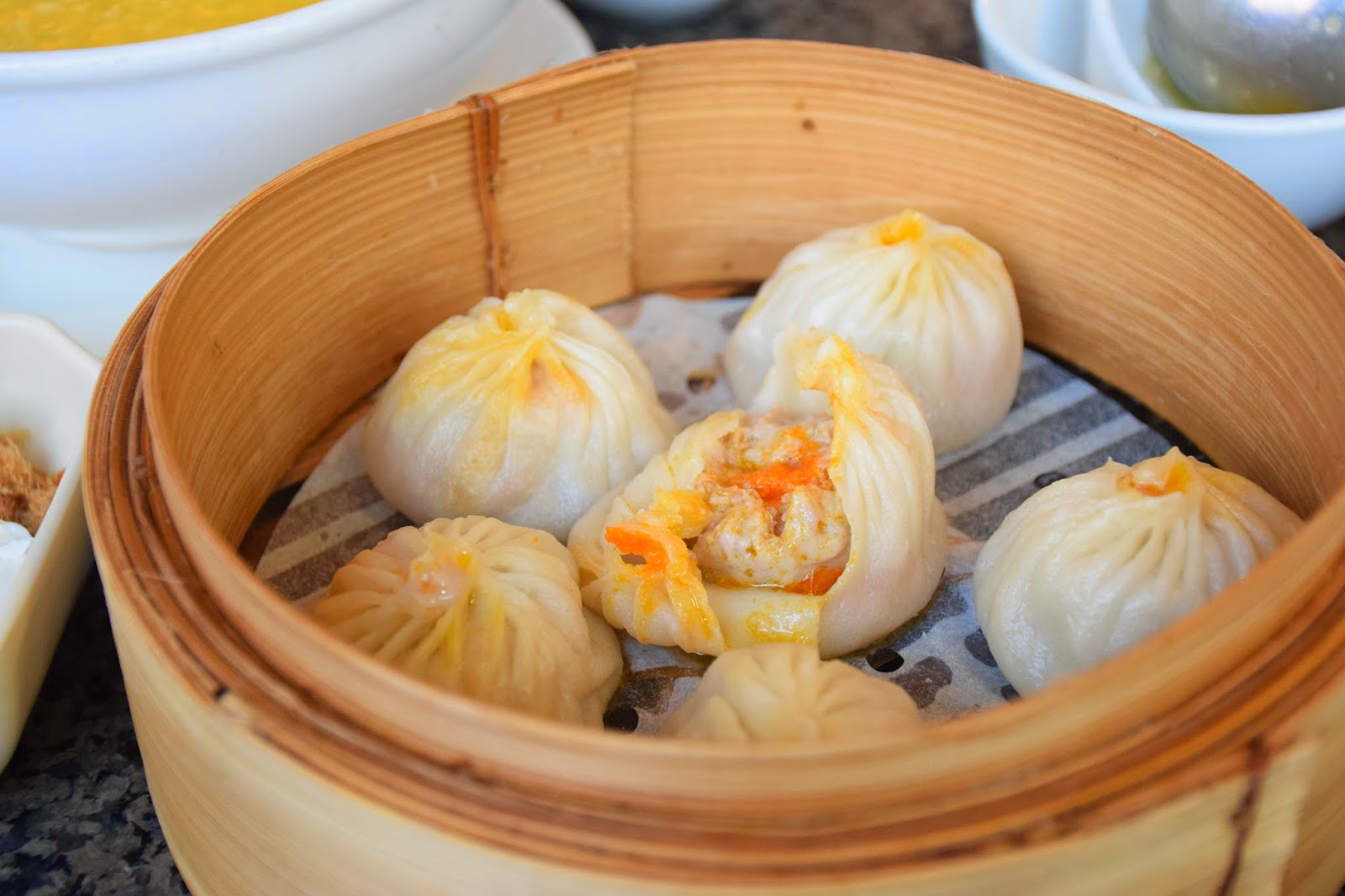 The filling was so juicy, with bits of crab in it! 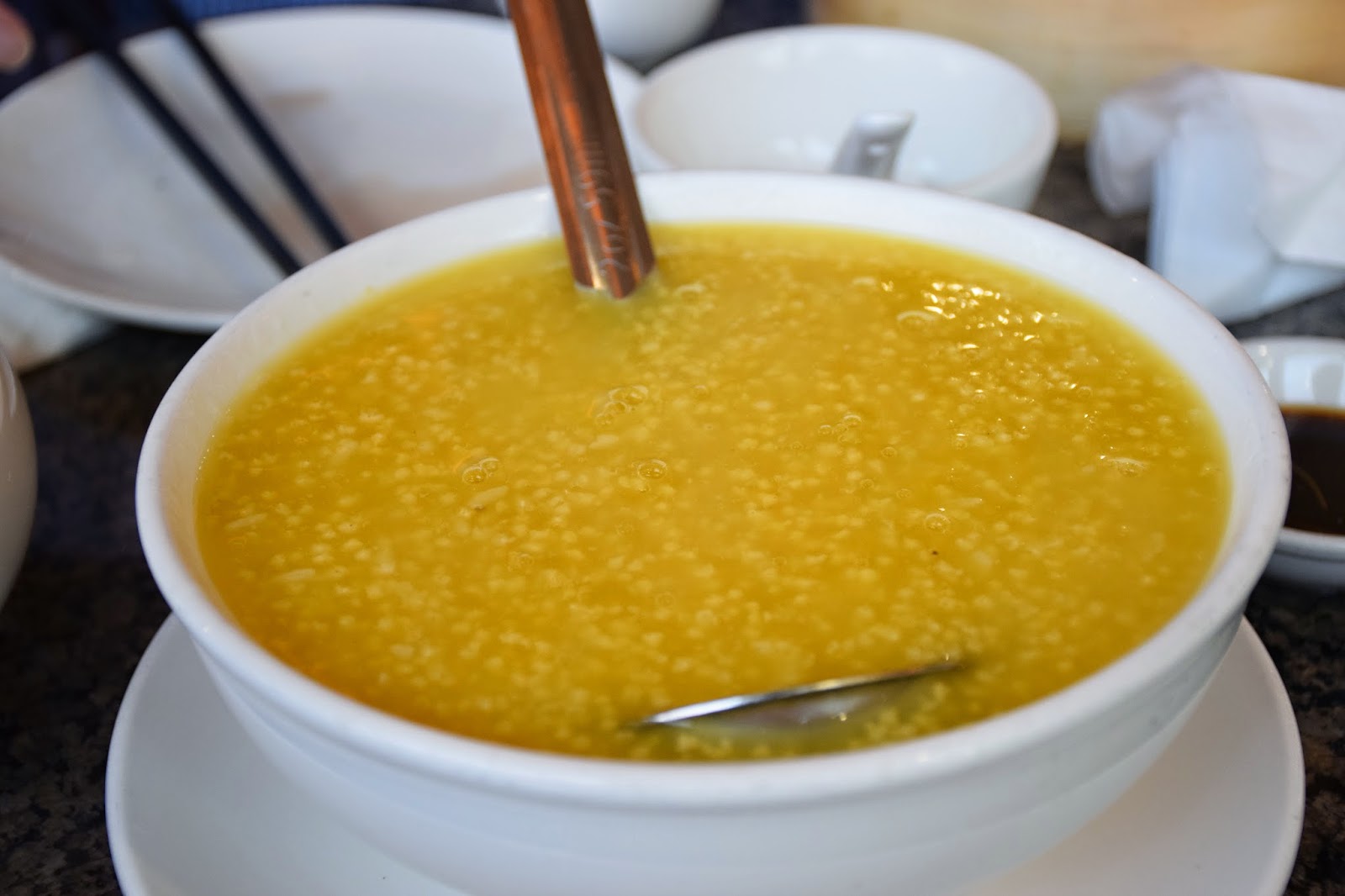 Millet Congee (Appetizer Menu)
1.5/5 stars
The consensus at the table that this was really mediocre and one of the less impressive millet congees we've had. It was rather watery and wasn't thick enough. The congee itself has no flavour whatsoever haha, so it came with a side of salted duck egg and pork floss (below) to spice things up a little haha. 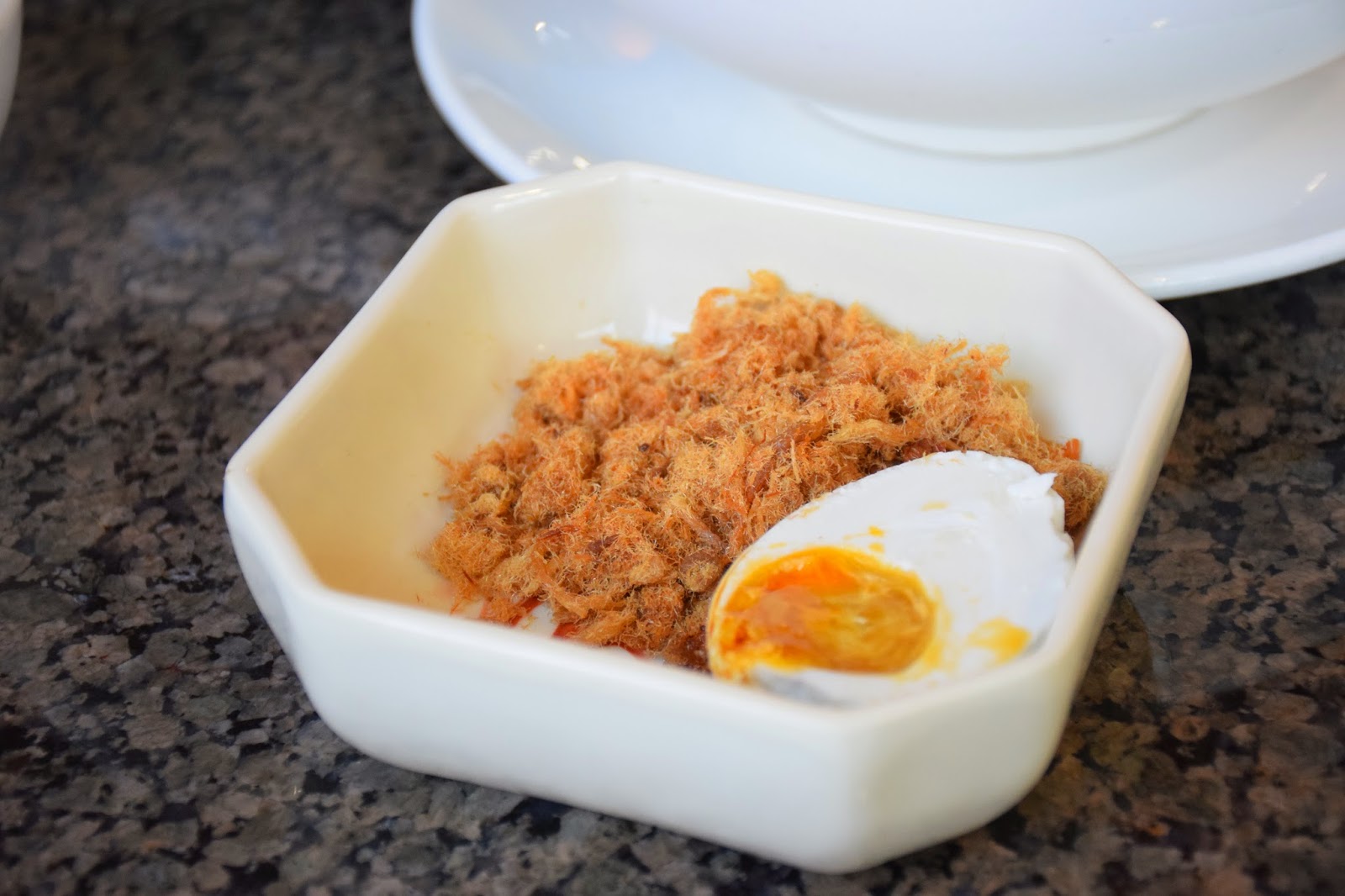 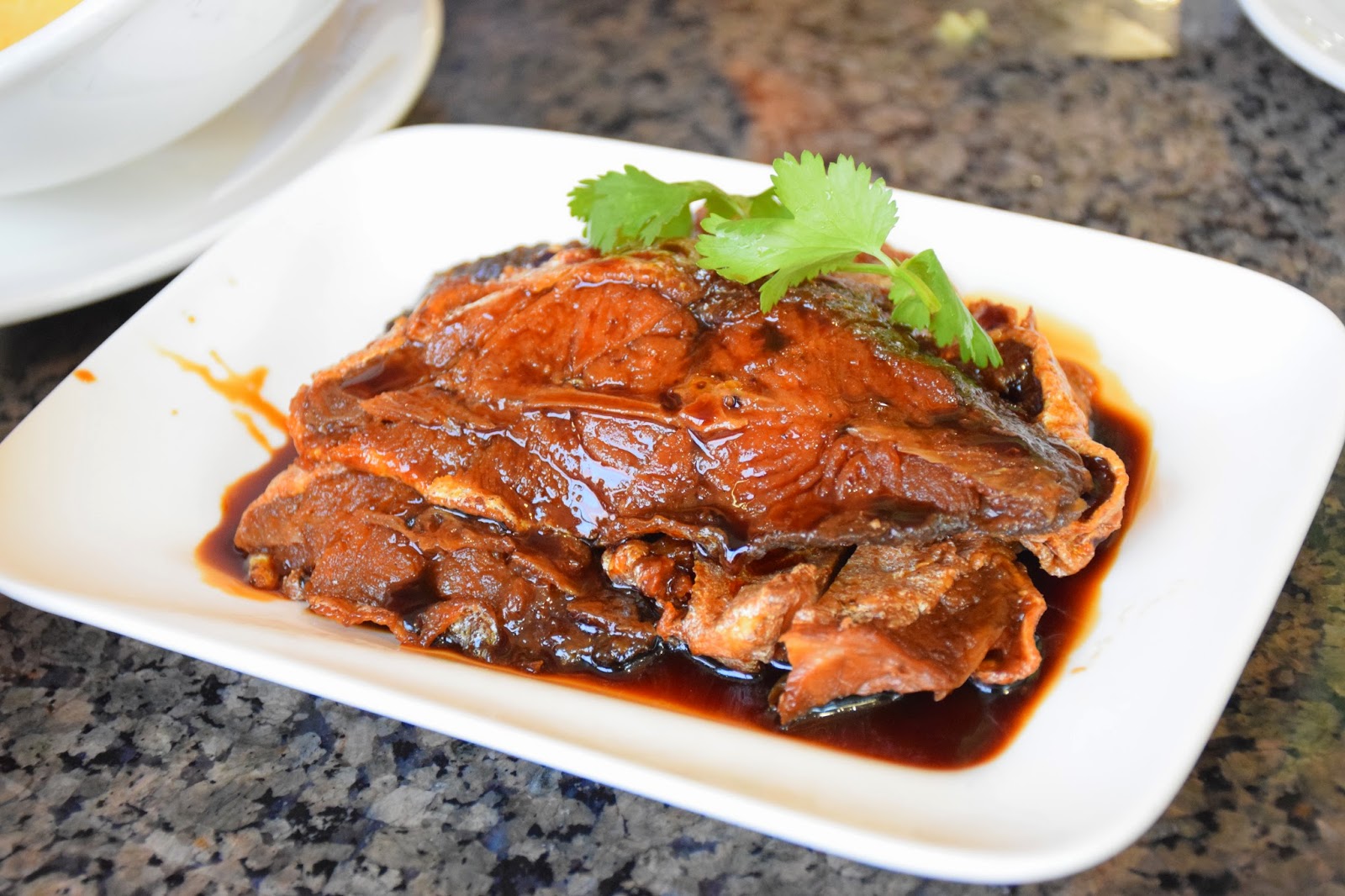 Smoked Fish (Appetizer menu)
4/5 stars
This dish was served as a cold appy! It looks small, but there was actually quite a few pieces! The fish was actually rather hard in texture. The sauce it was sitting in is a sweet vinegary based sauce which complimented the fish really well! I would definitely order this again! 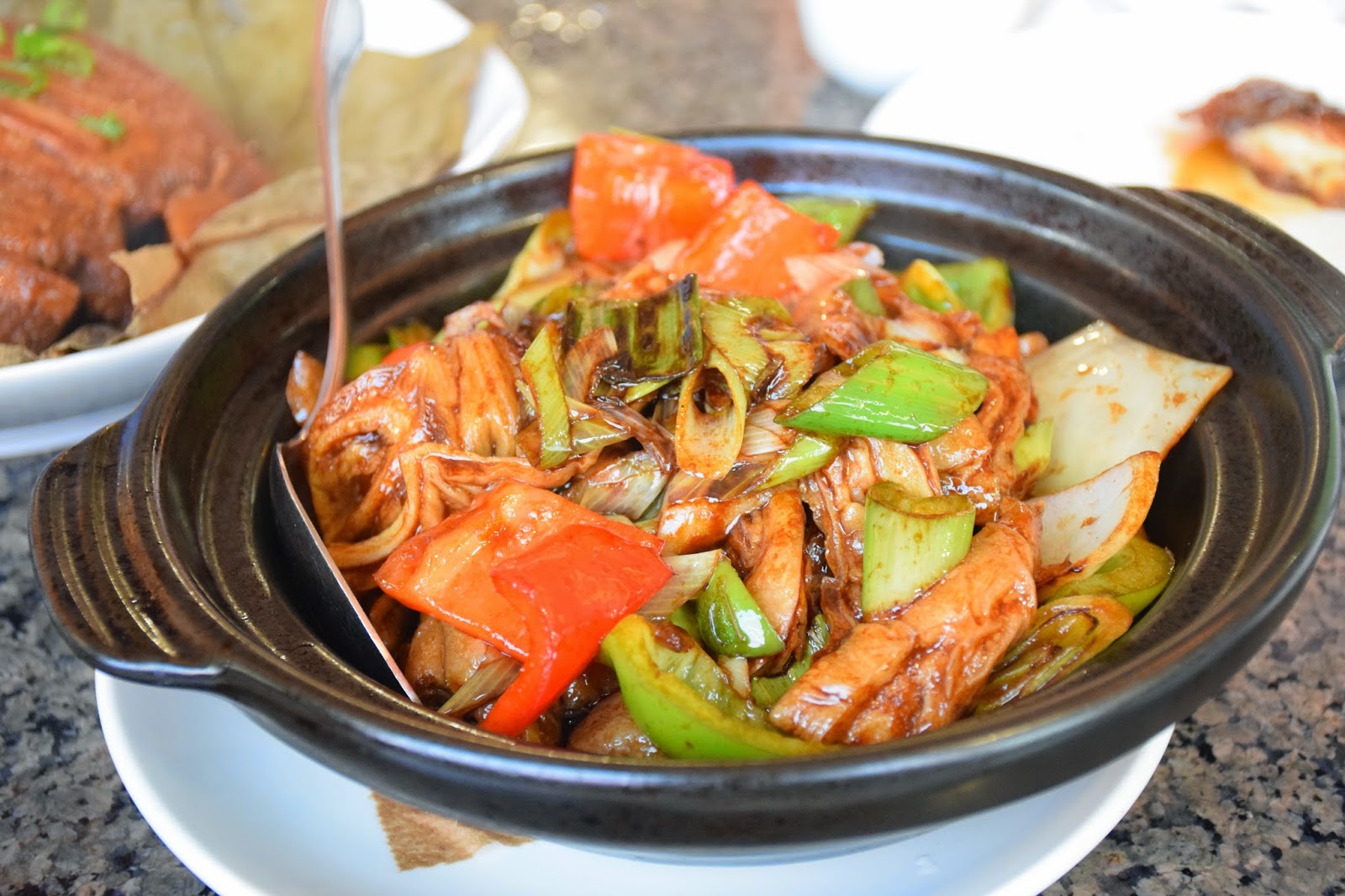 Pork Intestine w/ Green Onion
4.5/5 stars
My grandma and I share a love for pork intestines haha! Sounds weird, but it's totally my thing haha. I just love its slimy, soft texture! My grandma was especially impressed with the intestine to vegetable ratio! There was so much intestine that it was never ending hehe! The flavour of the dish was full bodied, and heavily soy sauced based. The vegetables had been sauteed which added that extra aroma! Pork Belly w/House Sauce
4/5 stars
This dish was falsely advertised as being a fried dish haha because that's how it was depicted on the menu! When it got to our table, we thought they had given us the wrong item but turns out they hadn't! We asked the waitress and her explantation was "The picture is different from the actual execution of the dish!" I'm not overly picky when it comes to ordering, so I let it go! I wasn't disappointed though, because this dish was actually pretty tasty! "Who Hui Lo" is actually one of my favourite chinese dishes, but this was exceuted differently here. The pork was less fatty and more leanly cut. The pork was sliced really thin and layered on each other to create a mountainous heap haha. The house sauce actually had a very strong sour undertone! The dish was enveloped in a Lotus wrapper, which totally reminded me of @LotusRapper hahaa! Hi if you're reading this!! :D 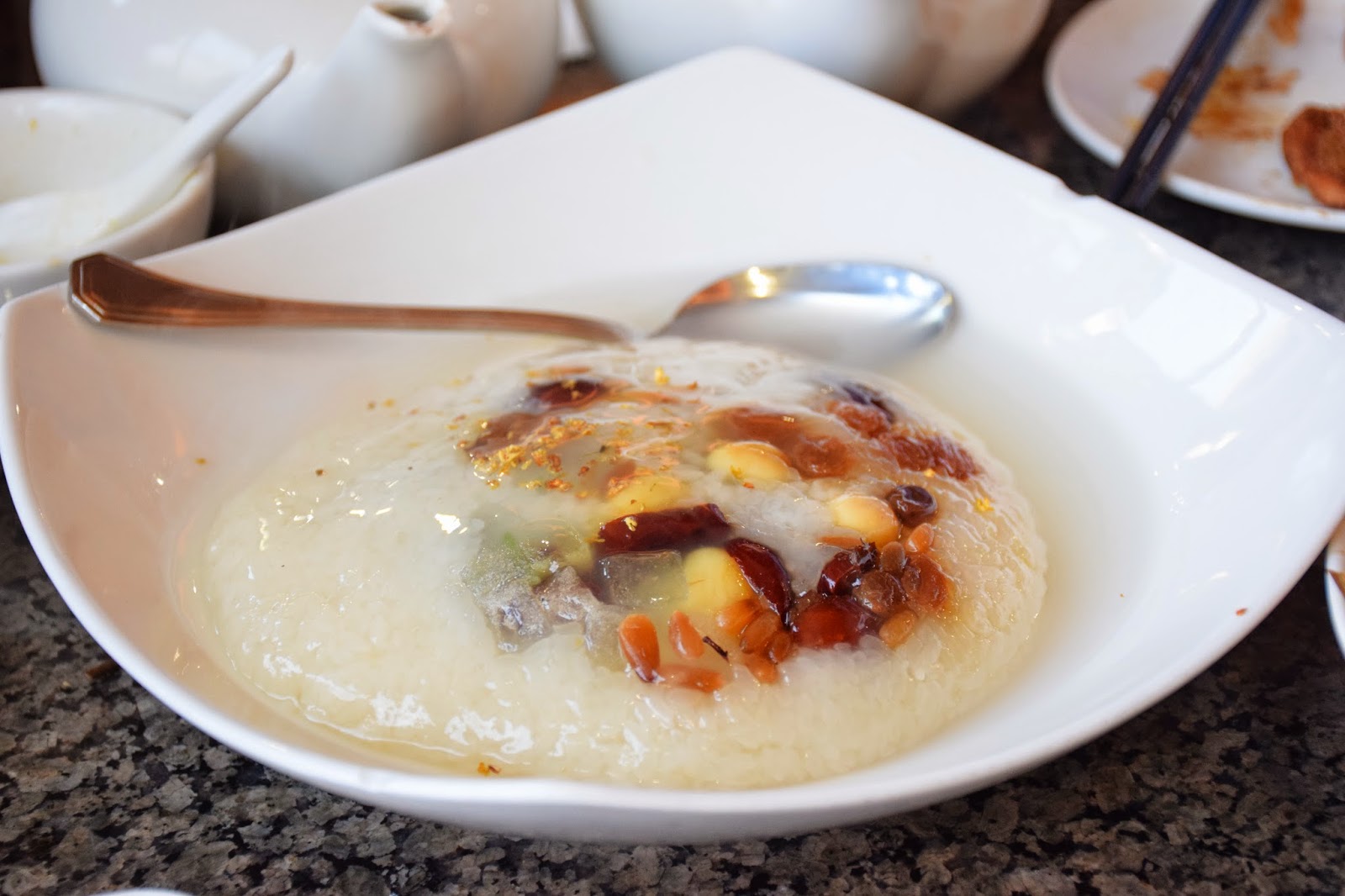 Stuffed Glutinous Rice (Appetizer Menu)
4/5 stars
This is one of my grandpa's favourite desserts, so of course we had to order it! :) This was huge and great value at about $8 considering the portion sizes at other places are lot smaller for the same price! In mandarin it's called "Ba Bao Fan" which translates to "Rice cake with 8 types of filling!" Sounds a lot more appetizing than stuffed glutinous rice, doesn't it? It had a filling of red bean paste, which was subtly sweet. There was also some red beans on top, with longan, cashews, jelly, and some grains. It was sitting in a sweet, sugared based sauce, which added some extra sweetness to the dessert.

Overall, the bill came to about $78 before tips! Not too bad, considering how many dishes we order haha! I actually prefer this place to Shanghai Elan in Crystal Mall! I still really like Shanghai Elan though haha! I would definitely come back here again when I'm back in the Metrotown area!