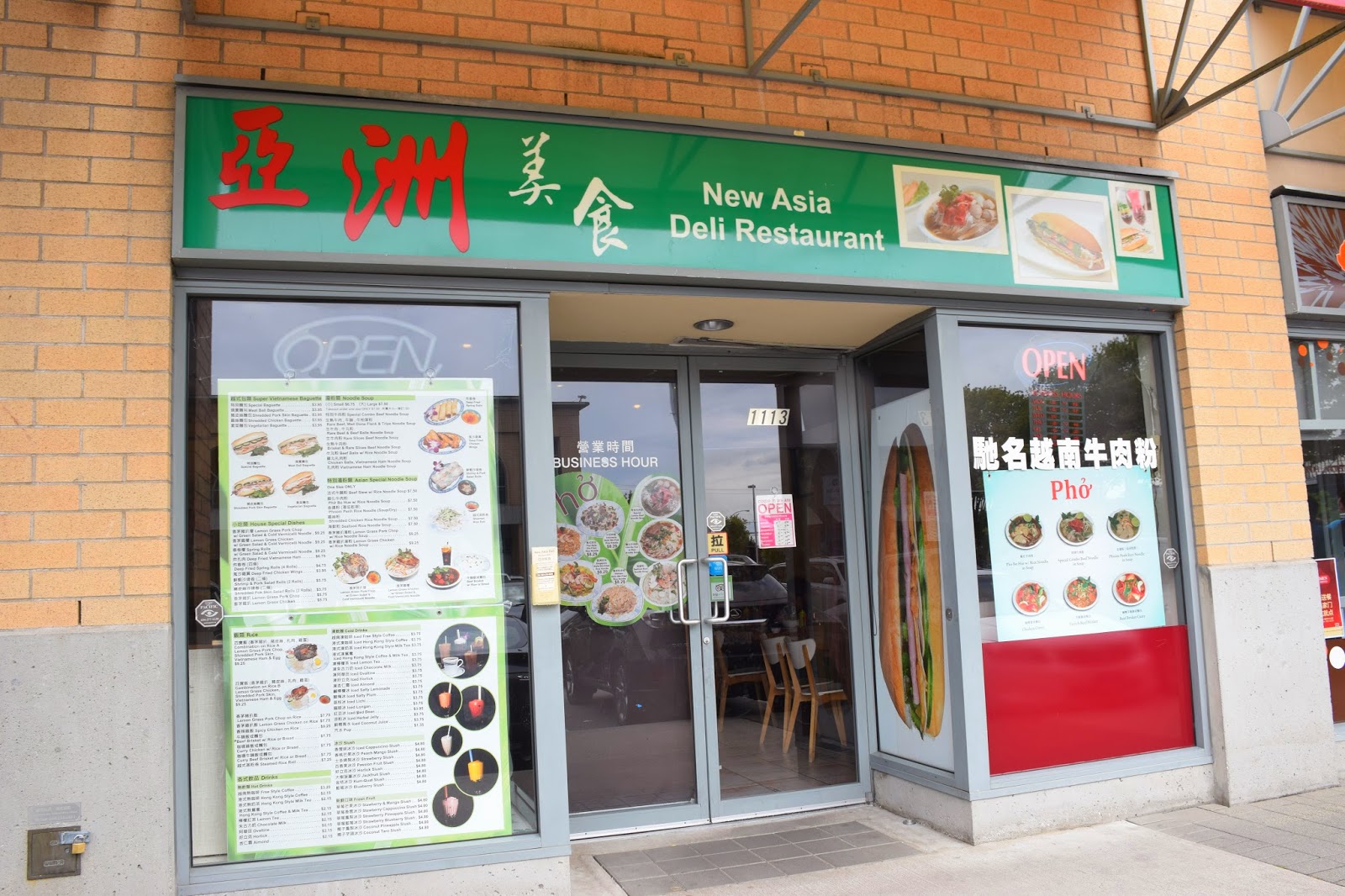 I've been meaning to try this place out (don't I say that about every restaurant?!) for a while now! It's located in Continental Plaza in Richmond, beside Yuu Japanese Tapas! I was particularly intrigued by their hilariously huge photo of a banh mi on their window! See it? :D 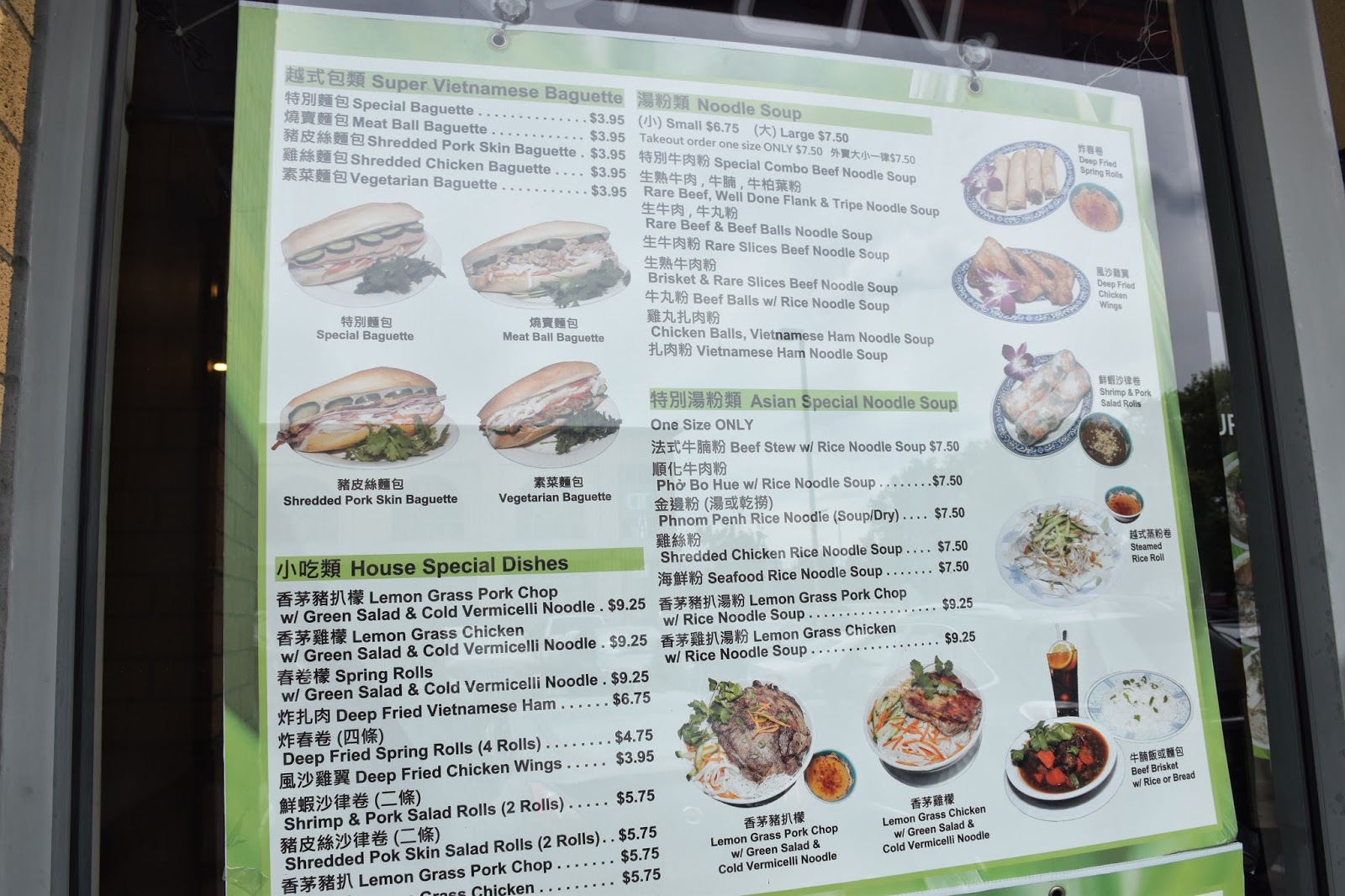 They have their menu on their window, so you can check out some of their menu items before stepping inside! That way, you don't have any commitments to eating there if you find out you don't like what they have on the menu after being seating. Don't you just hate it when that happens? Thankfully there is such a thing called Yelp and Urbanspoon haha! :D 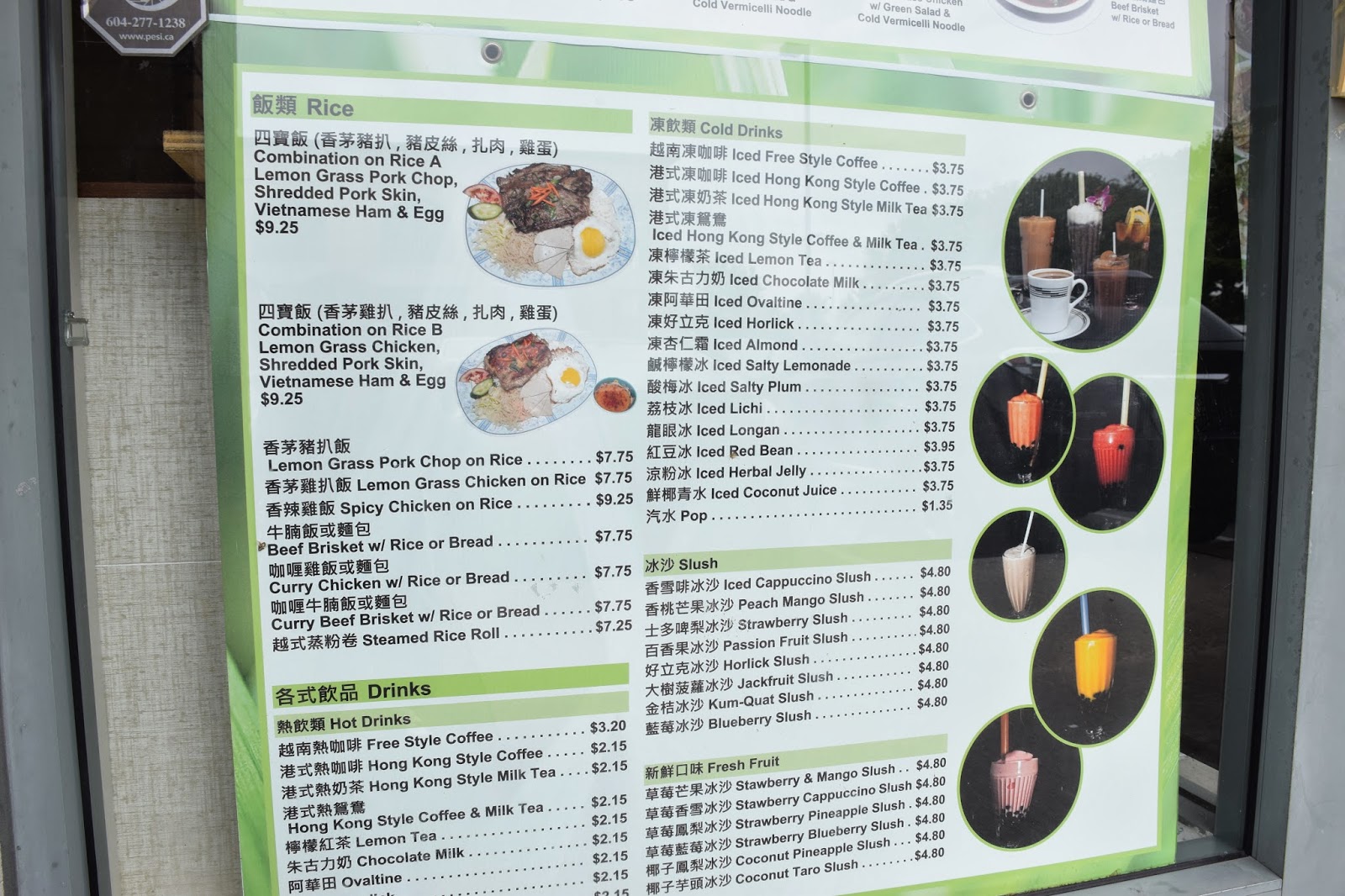 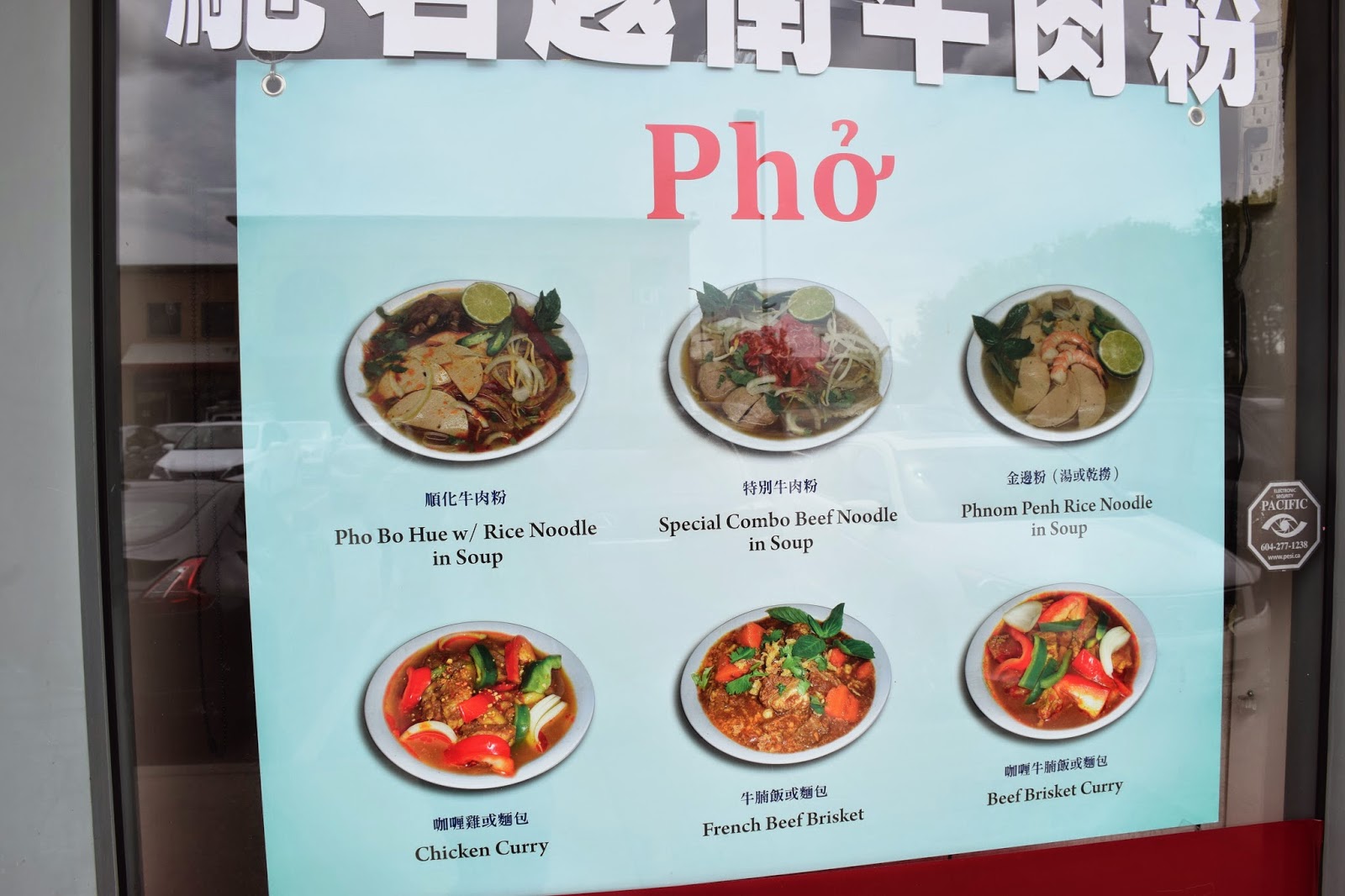 I also saw a bunch of people eating their pho! 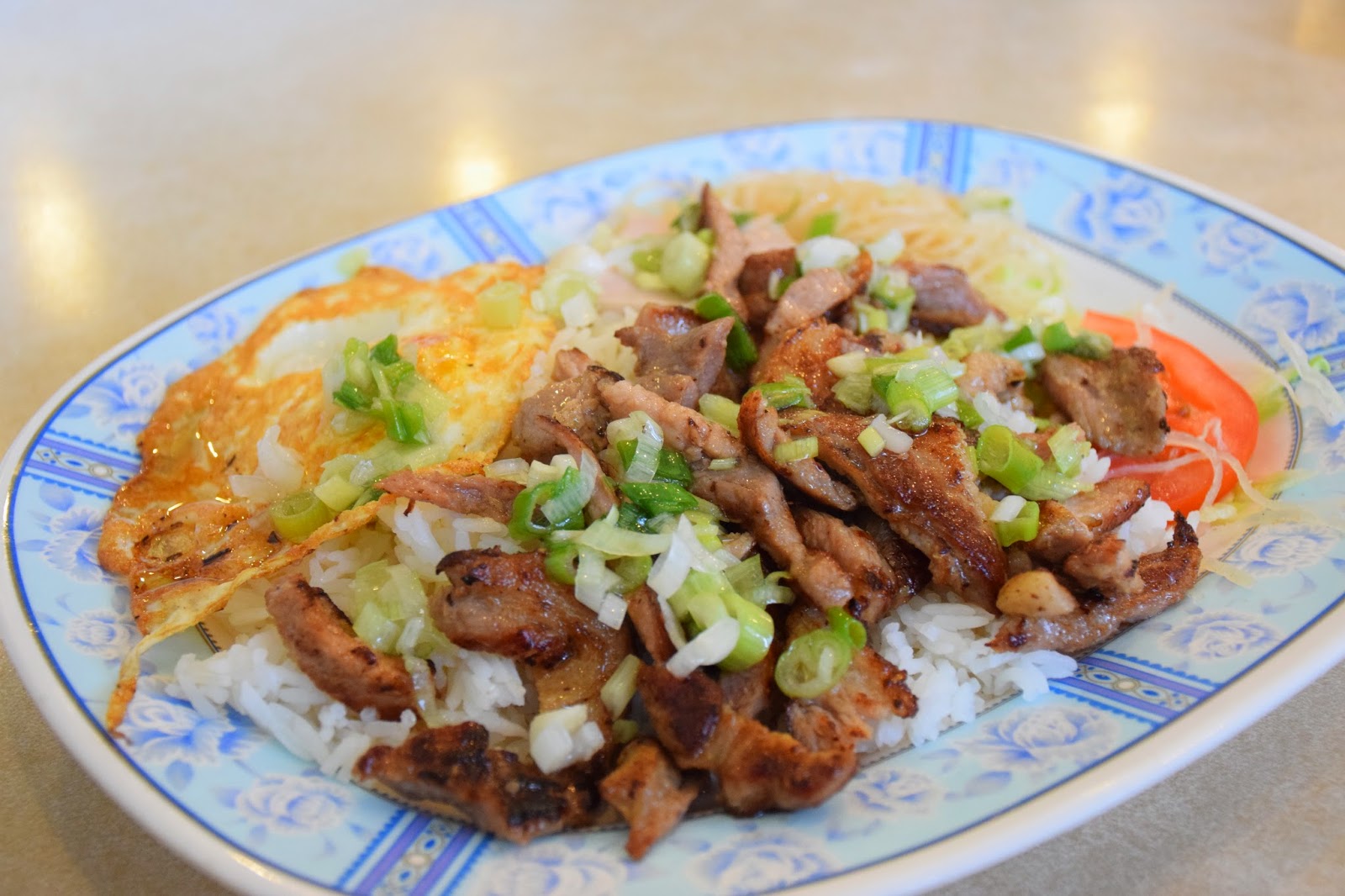 Lemongrass Pork Chop w/ shredded pork and egg on rice
4/5 stars
This dish was surprisingly really good! The lemongrass flavour was really potent, without being too overbearing. The pork was reasonably juicy, and had some charring to it, which added that extra smokey flavour that I love! The green onions had been sautéed, which made them much more aromatic in flavour! I found out by accident that if you mix the rice with the green onion it tastes exactly like fried rice...but even better haha! 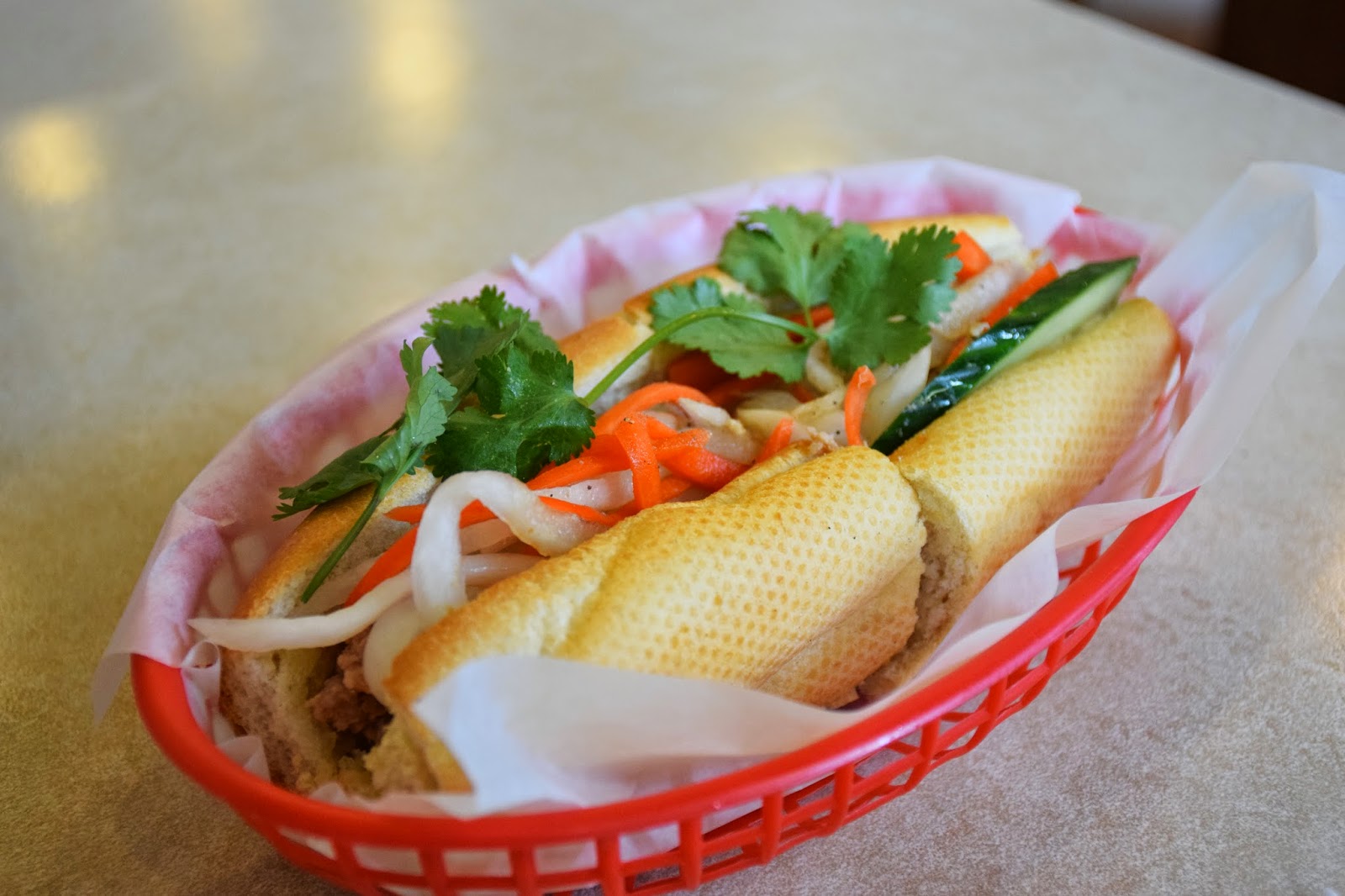 Meatball Banh Mi
3/5 stars
New Asia Deli is rather well known for their banh mi's! They have a few different kinds, this being their meatball variation! It actually resembled minced beef rather than meatballs because it didn't have any shape and was more of a mushy paste-like consistency haha. The french baguette was super crunchy and didn't get soggy from the meat! In Chinese they translated the meatball into "char siu" which is chinese BBQ pork. This tasted different from char siu, it tasted more like stir fried pork than anything else haha! 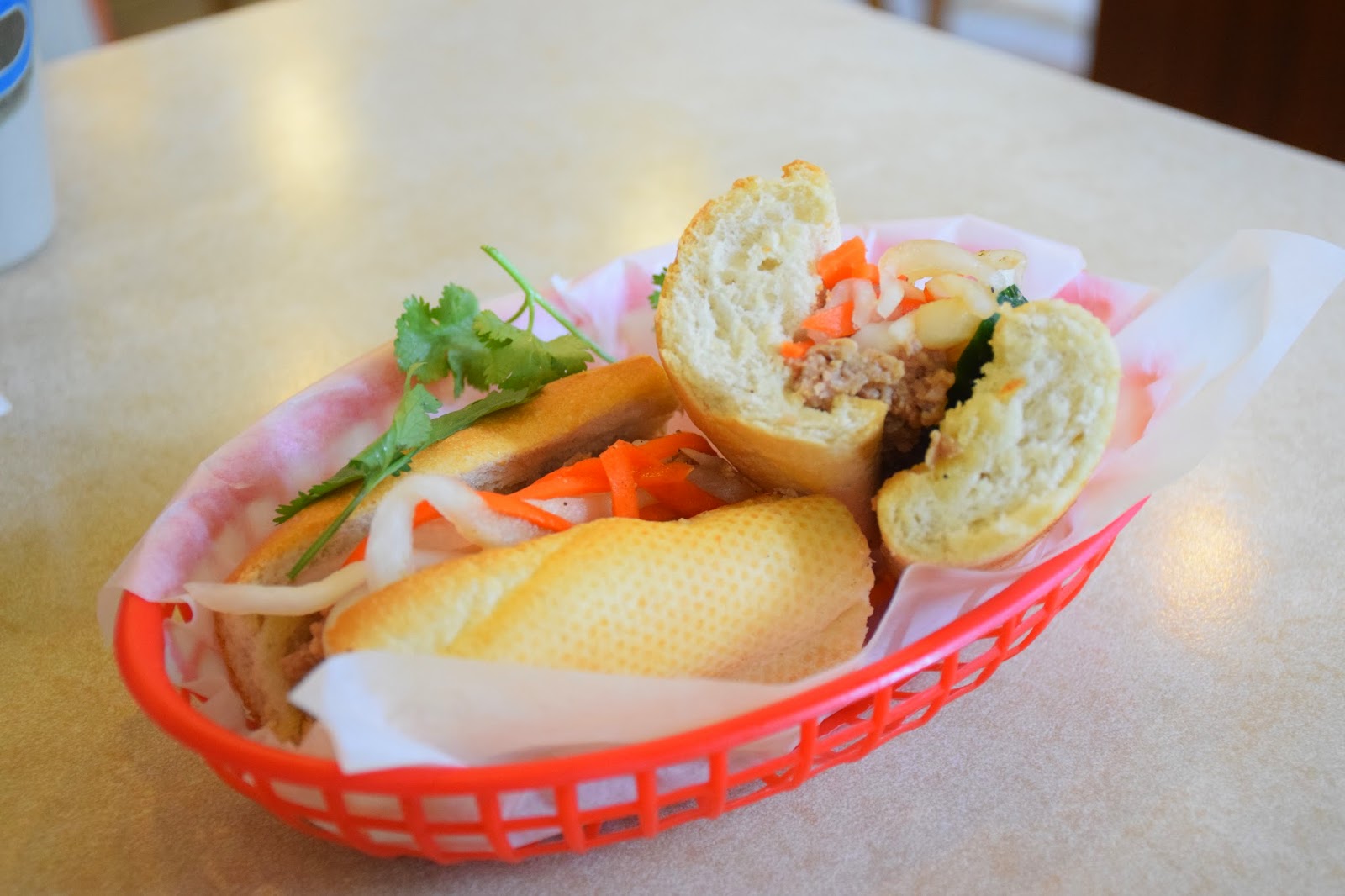 Not a bad deal for $3.95! But if you're really counting your pennies, Lai Taste in Parker Place has a Bahn Mi combo that includes a drink for only $3.75 haha, which is equally as awesome! :D

Andd sidenote...I just found out my photo made it to the "Talk of the Town" front page on Urbanspoon! Pretty awesome :D All thanks to you guys who click on my photos and read my posts! ;)