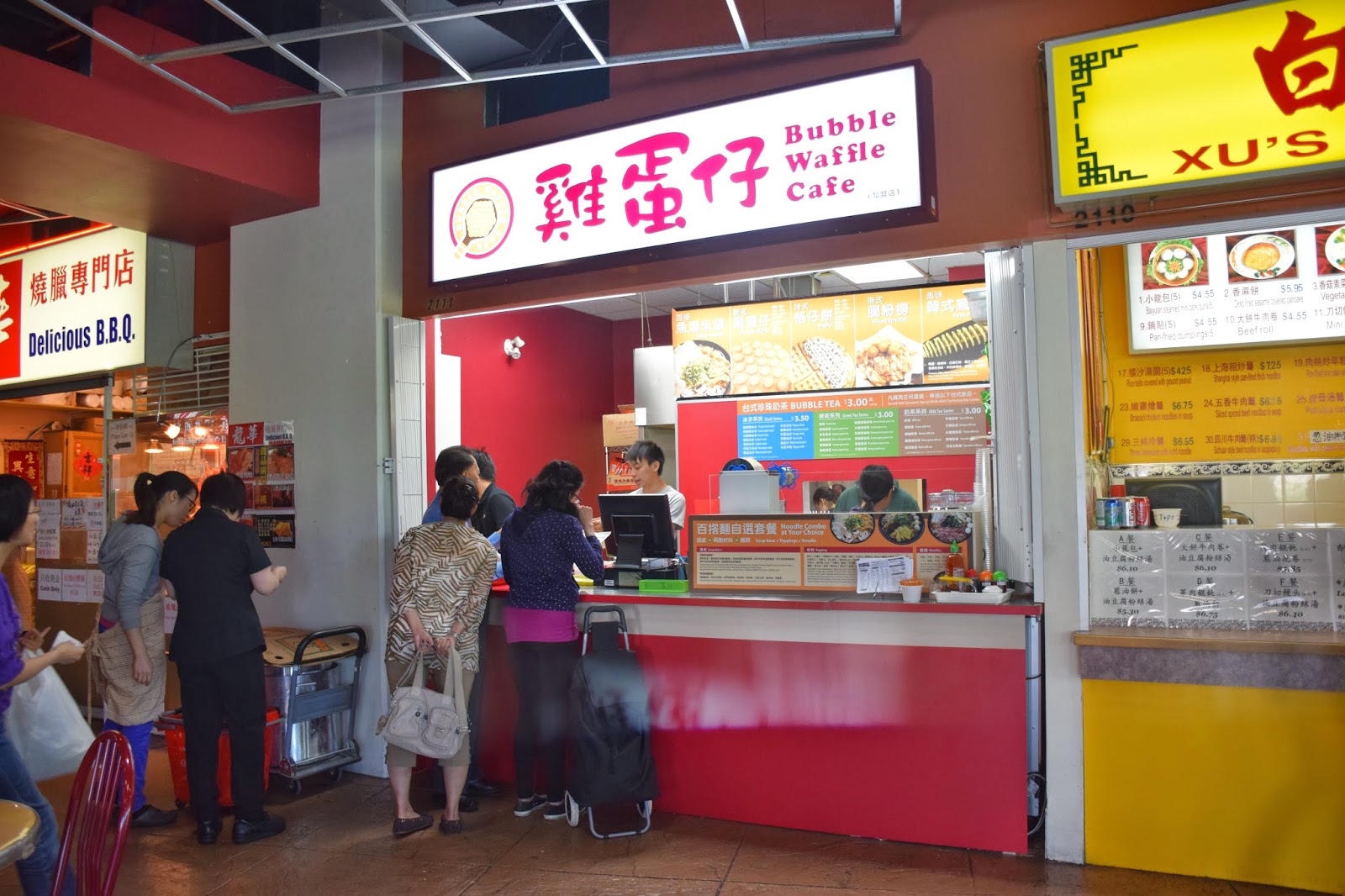 Bubble Waffle Cafe just recently just opened up shop in the Crystal Mall food court, which got me pretty excited haha! They have locations in Aberdeen Centre, UBC, and one on Kingsway! It looks like a lot of well known chains are slowly migrated into the Burnaby/Metrotown area! Bubble Waffle Cafe is a great new addition to the plethora of yummy eats already available in the food court. It's really easy to spot, as it's situated beside Xu's, which is famous for their pan fried XLB! It looks like business is already booming, because there was already a huge lineup! 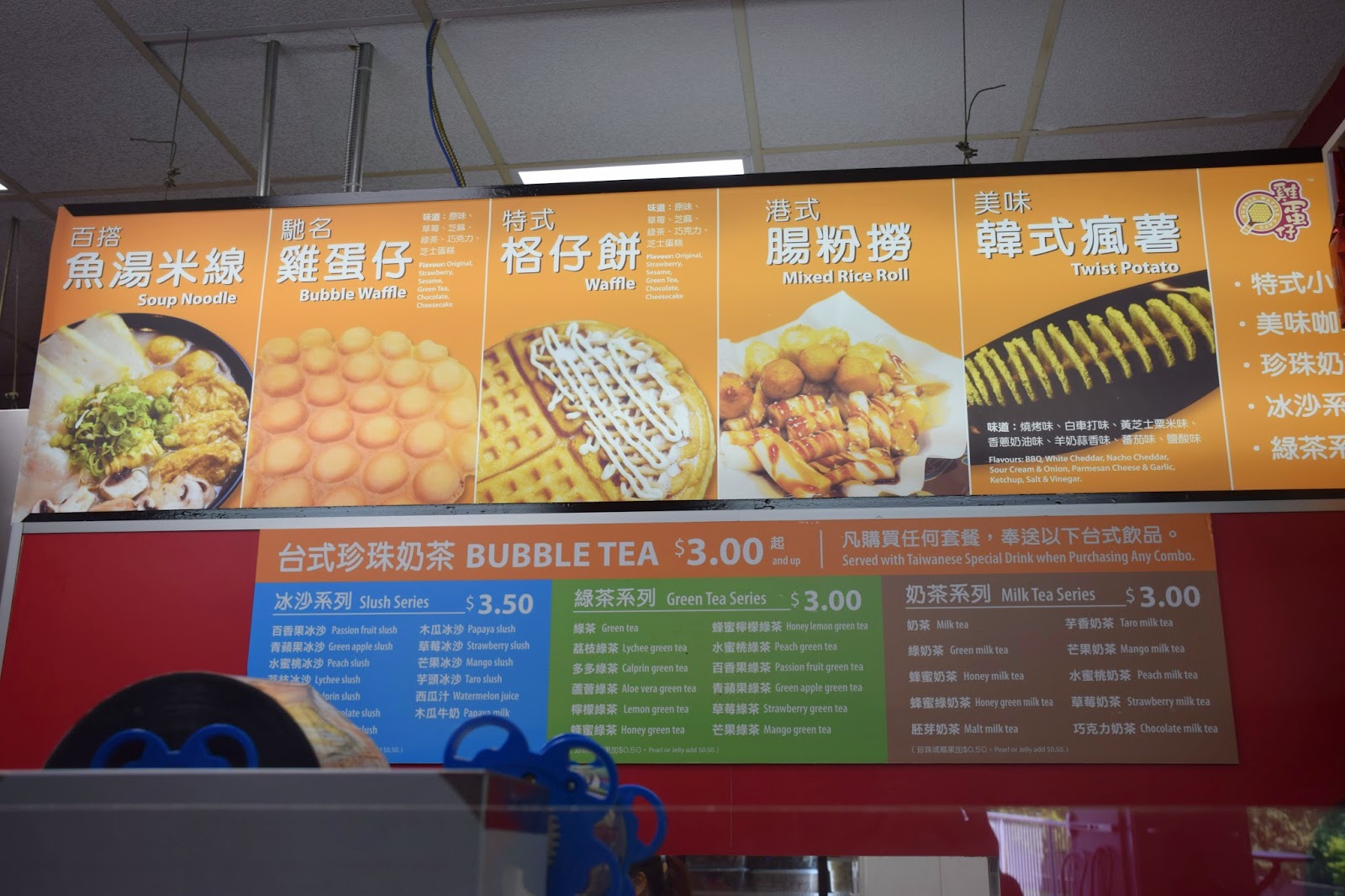 The menu is the same as their location in Aberdeen! The menu at this location is easier to navigate because it's more neatly laid out, compared to the excessive signage at their stall in Aberdeen haha. I also noticed they sell rotato, under the name "twist potato!"

Check box menus are my favourite because it makes ordering so much easier and more efficient! Plus you won't have people humming and hawing over what to order haha
The Noodle + Drink Combo is the best deal! You can add sides for only $1 or $2 more! For $1 more I added a bubble waffle to my order! I've tried their fried intestine before and it was really good! I saw someone ordering it and the ones at this location are a lot larger!

For your drink you can get any drink, bubble tea included! The only catch is that the pearls are 50 cents extra haha 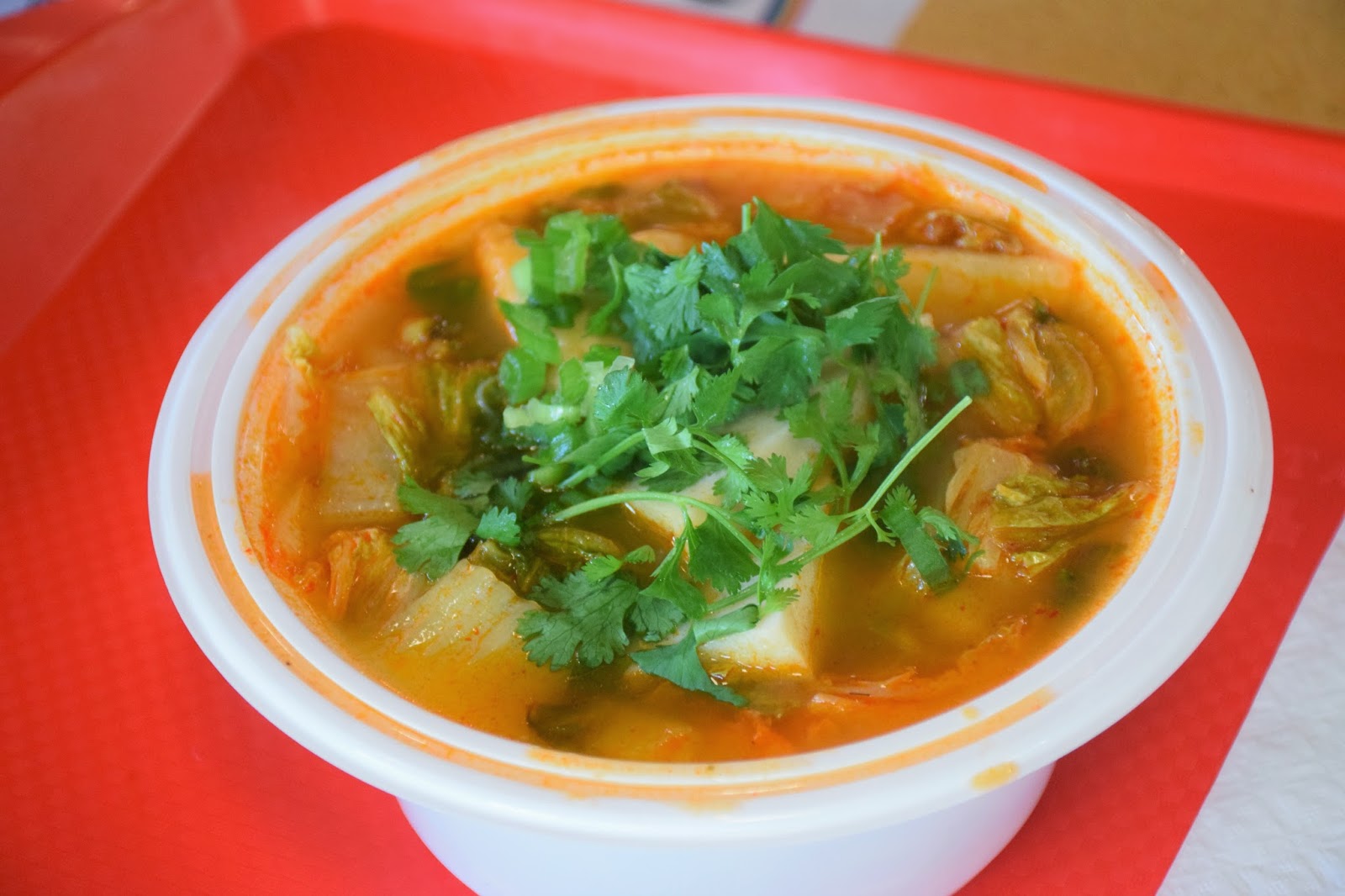 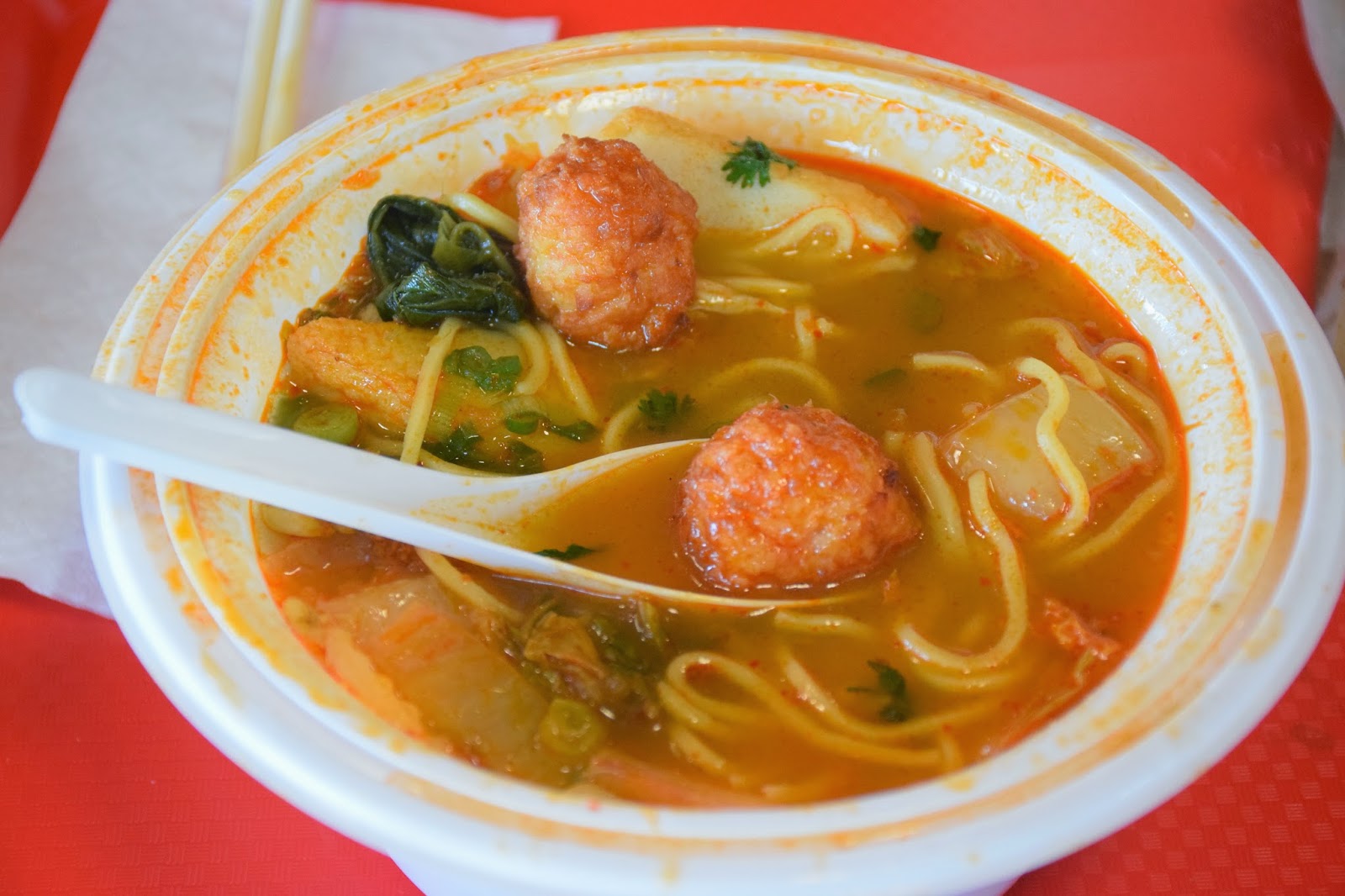 Here's picture of the fried shrimp balls and fish cake!

4/5 stars
This was awesome! I'm not a huge fan of the slippery, overly soft rice noodles, so I chose oil noodles instead! The soup base was chalk full of spicy, sour flavour, and was quite well executed for a food court. I wasn't excessively thirsty afterwards, which is a good sign! The noodles were al dente, and had bite. After soaking in the broth the noodles had picked up a ton flavour from the delicious soup base! There was also a ton of cabbage, as well as beancurd! After a while the cabbage began to resemble kimchi from soaking in the spicy oil haha! There were 3 pieces each of the fish cake and shrimp balls! The fish cake pieces were rather large and chewy. The shrimp balls weren't bad either! They were bouncy, tasty, had a great texture due to being fried. 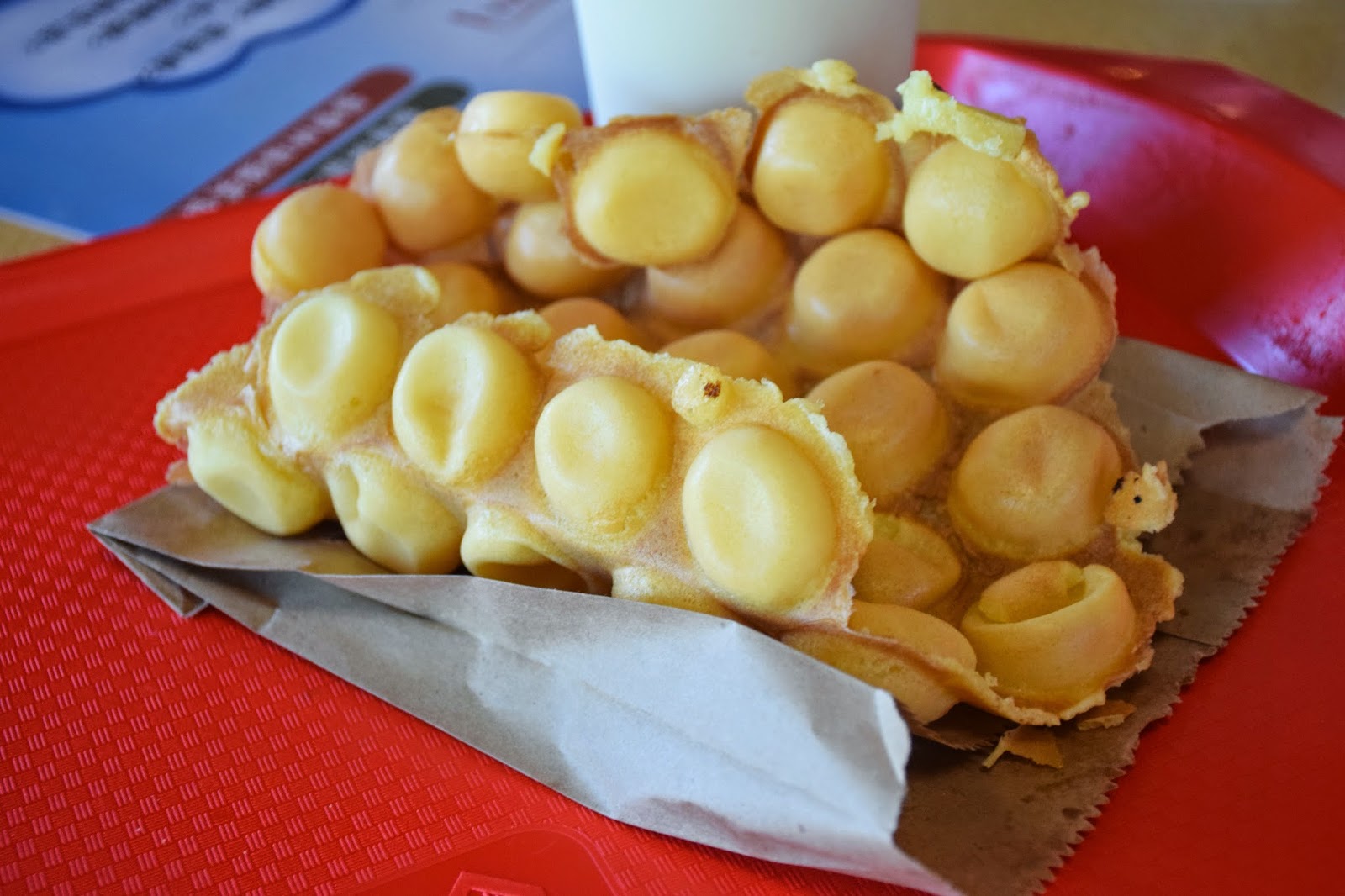 Original Bubble Waffle
3/5 stars
Don't let the waffles sit on the paper like you see in the photo haha, because the heat from the waffles made the colouring from the wrapper transfer onto the waffle! The waffles are of the softer variety and are just the right amount of sweetness! Overall, pretty tasty, and for $1 this was a great deal, considering it's almost $4 if you buy it separately! 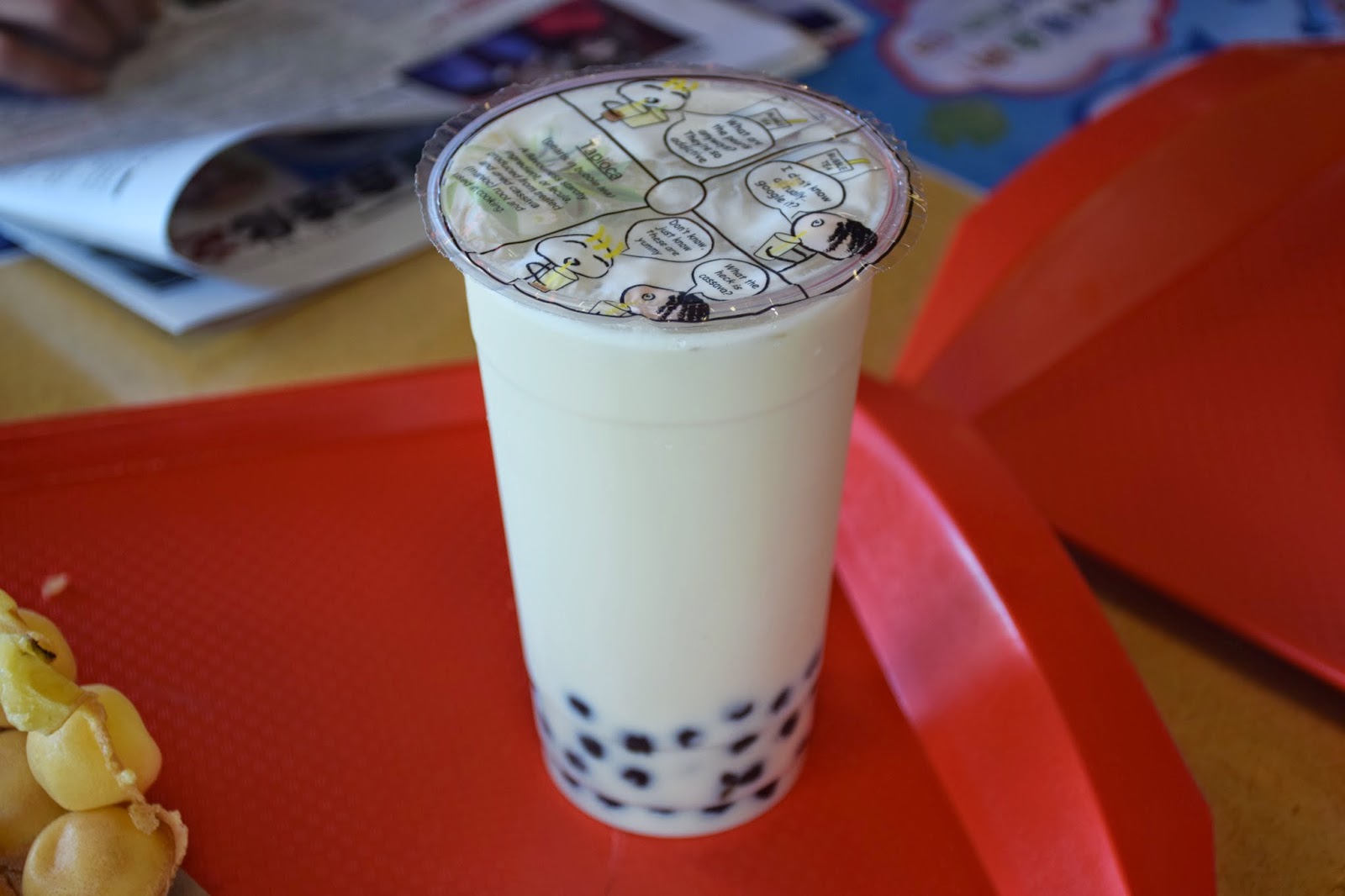 Honey Milk Tea w/ Pearls
1.5/5 stars
The pearls weren't very good, they were overly soft, and not very chewy. However, considering this was only $1.50, it was passable! The tea was very potent, and rather bitter. You can tell they don't use powdered milk, which is great. 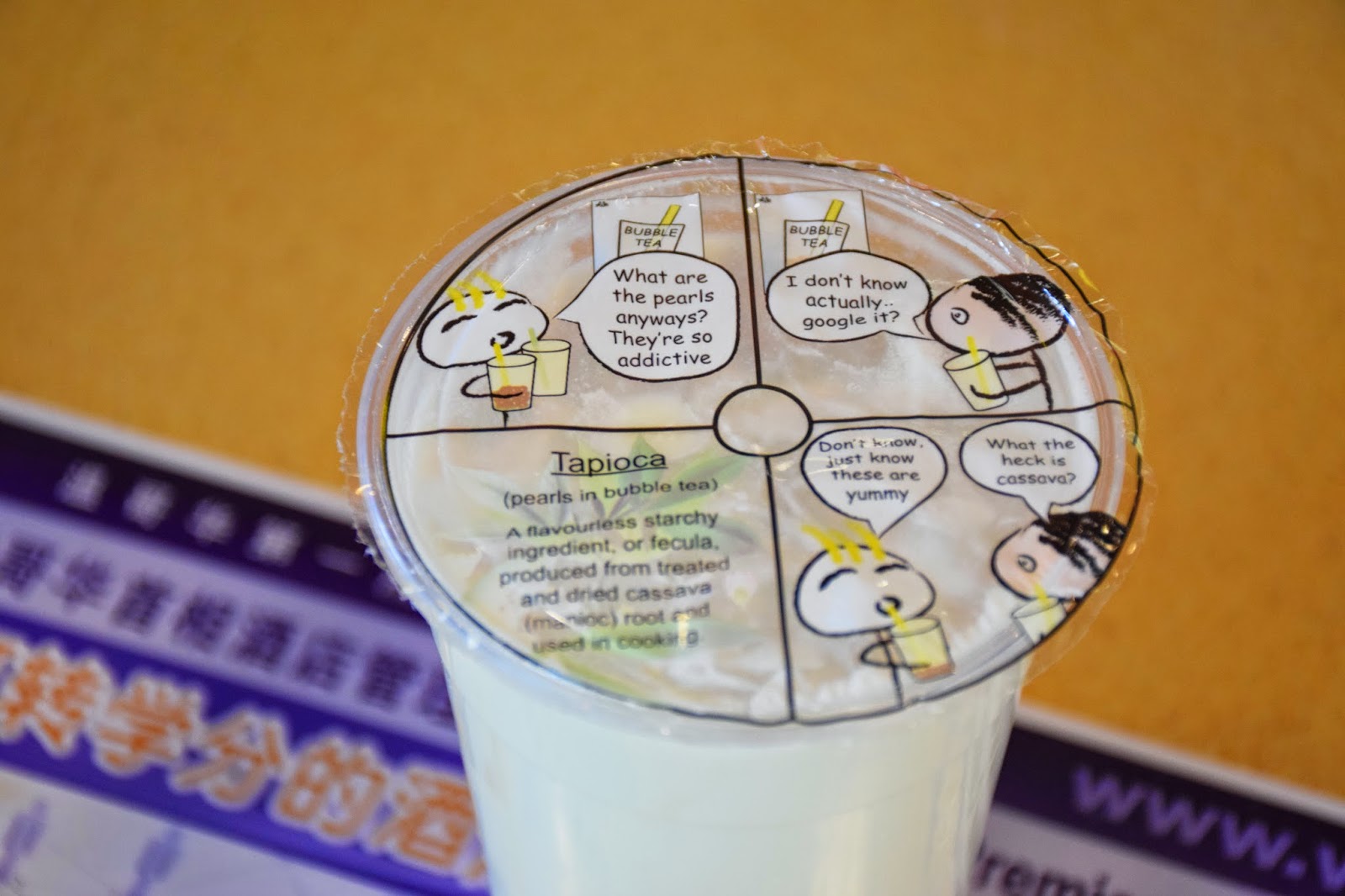 haha I thought this was pretty cute! And informative for those who don't know what tapioca pearls are :D