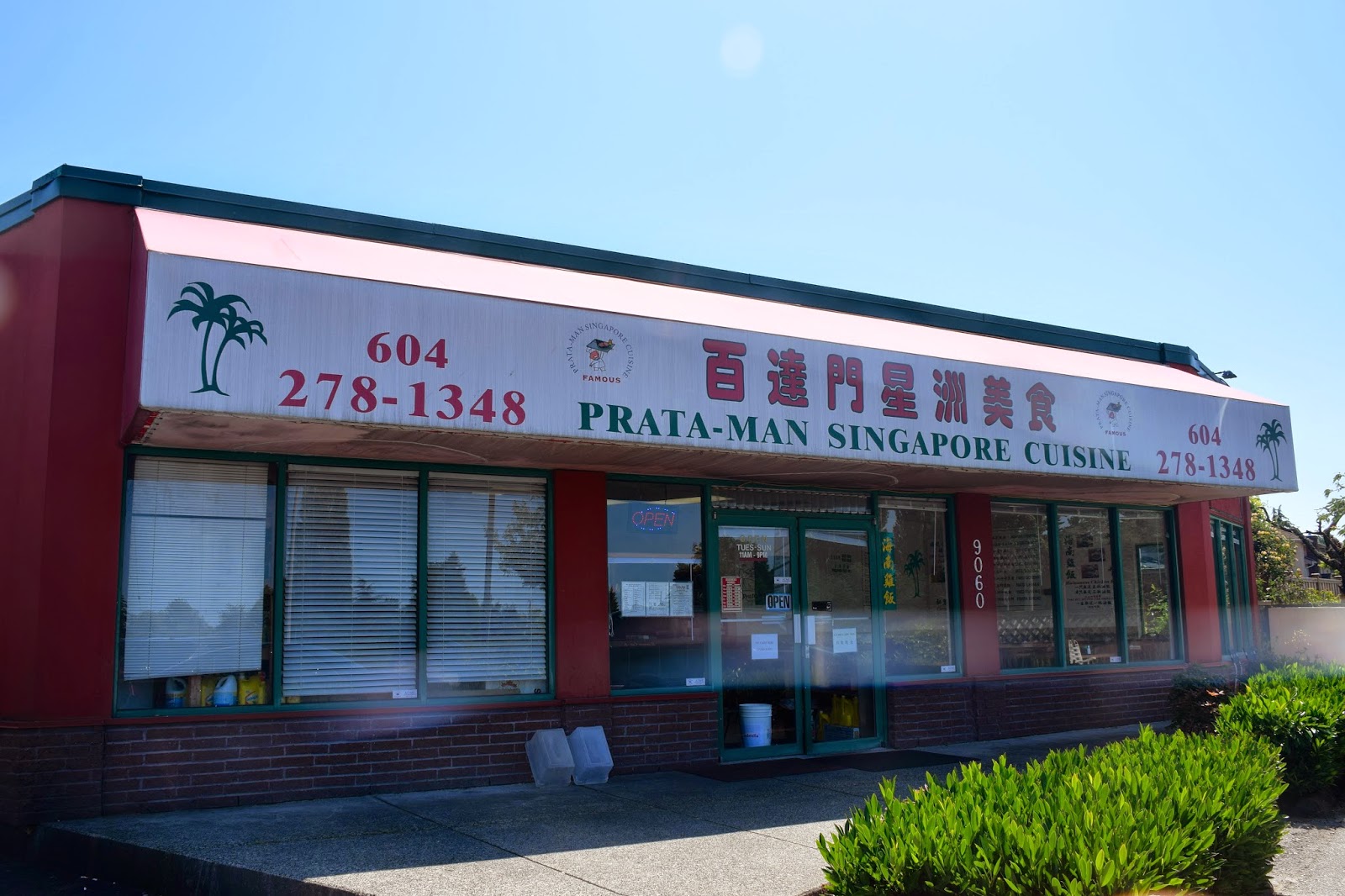 Prata Man is a classic in Richmond! It's a not so hidden, hidden gem! This place is truly a classic! The decor is sparse and rather lacking, but the food makes up for it! Actually, that's what I love about this place. It has a homey, unpretentious vibe, which I totally dig. I feel really comfortable here, there aren't any expectations, and you just feel right at home. It's not exactly authentic, as its run by Cantonese people, but it sure is delicious!

What keeps people coming back is the food! I've heard people complain about the portion sizes, but it's only the Hainanese chicken that is on the smaller side. The other dishes are all huge!

Even though I was by myself I couldn't resist not ordering one of their combos, because it was such a great deal! For $19 (taxes in) you get a single order of Hainanese Chicken w/rice, mixed skewers, 2 barely drinks and a full sized entree of your choice! Except they ended up only giving me one drink haha.

I did manage to finish everything, except for 1/2 of the noodles in the Laska, if you were wondering haha! 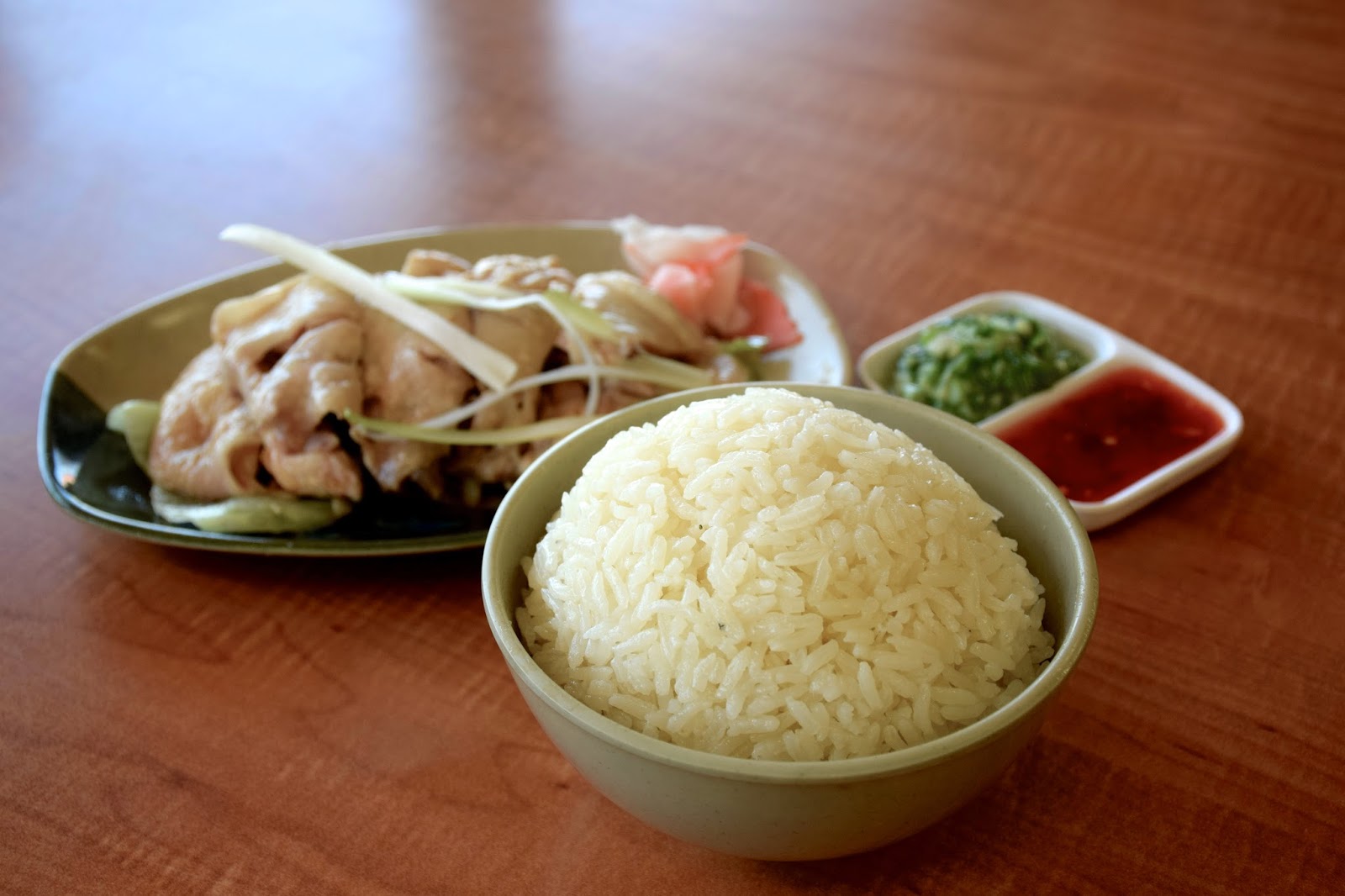 Oil Rice
4/5 stars
Oil rice is made from the oil extracted from the Hainanese chicken. Prata Man's oil rice was choke full of chicken oil flavour and super fragrant. I love pairing the oil rice with the chicken because it really lets both elements shine. Oil rice really only works with Haianese chicken because if you pair the rice with other dishes, the stronger flavours from the other dishes tend to overpower the delicate oil rice. 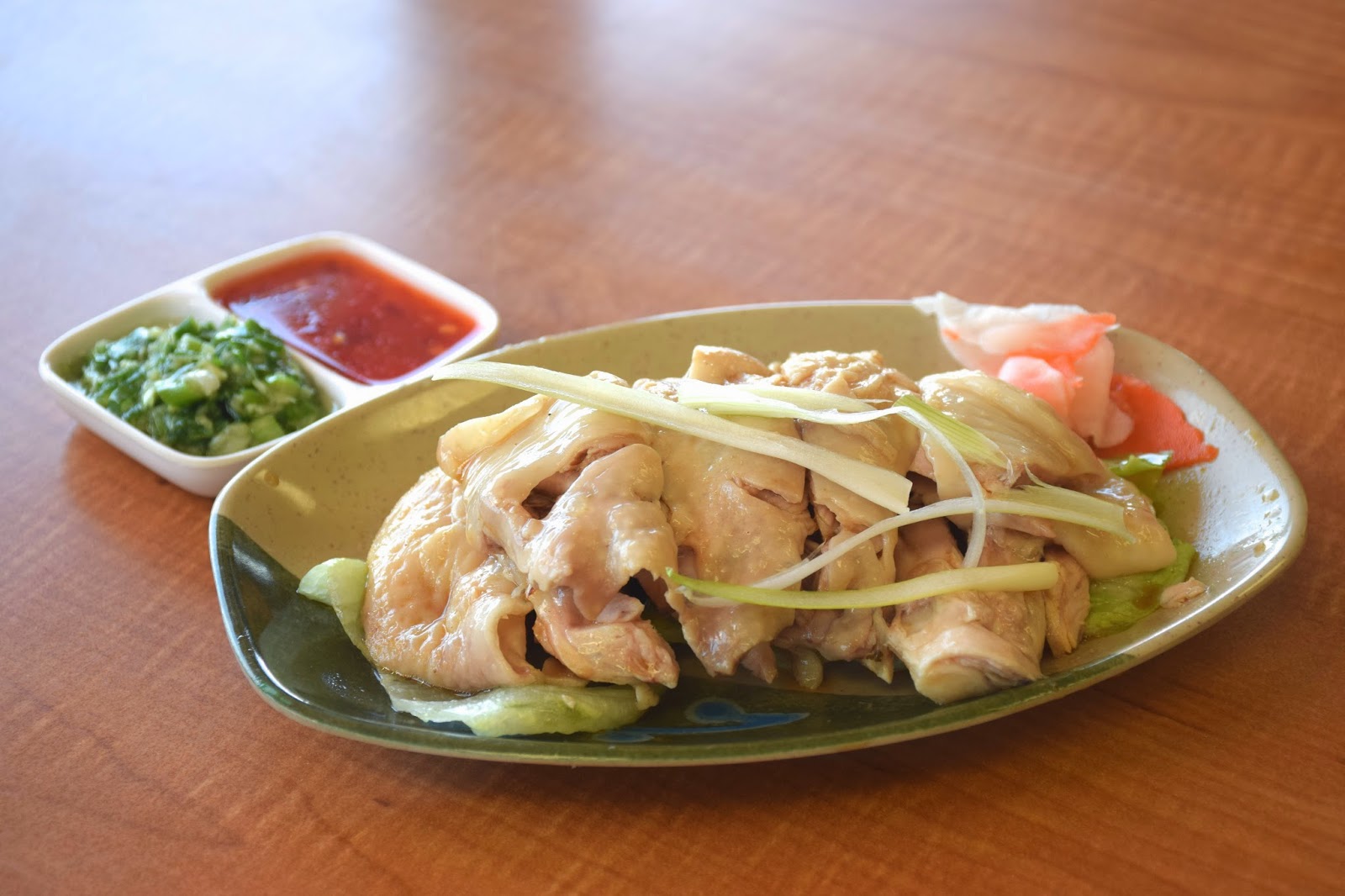 Hainanese Chicken (Single Order)
4/5 stars
Urbanspooners and Yelpers sing the praises of this dish and hold it to be one of the best Hainanese chicken dishes in the Lower Mainland! I have to agree, the Hainanese chicken is indeed some of the best Richmond has to offer, so silky, juicy, and flavourful! The chicken is of the tender variety, which some make like, and others may hate. I personally love its succulent, juicy, (borderline slimy haha) texture! The chicken soaks in a flavoured soy sauce base, which in my opinion, is a tad bit salty, which distracts from the clean taste of the chicken. However, I still really like it, but some people may find it too bland otherwise. 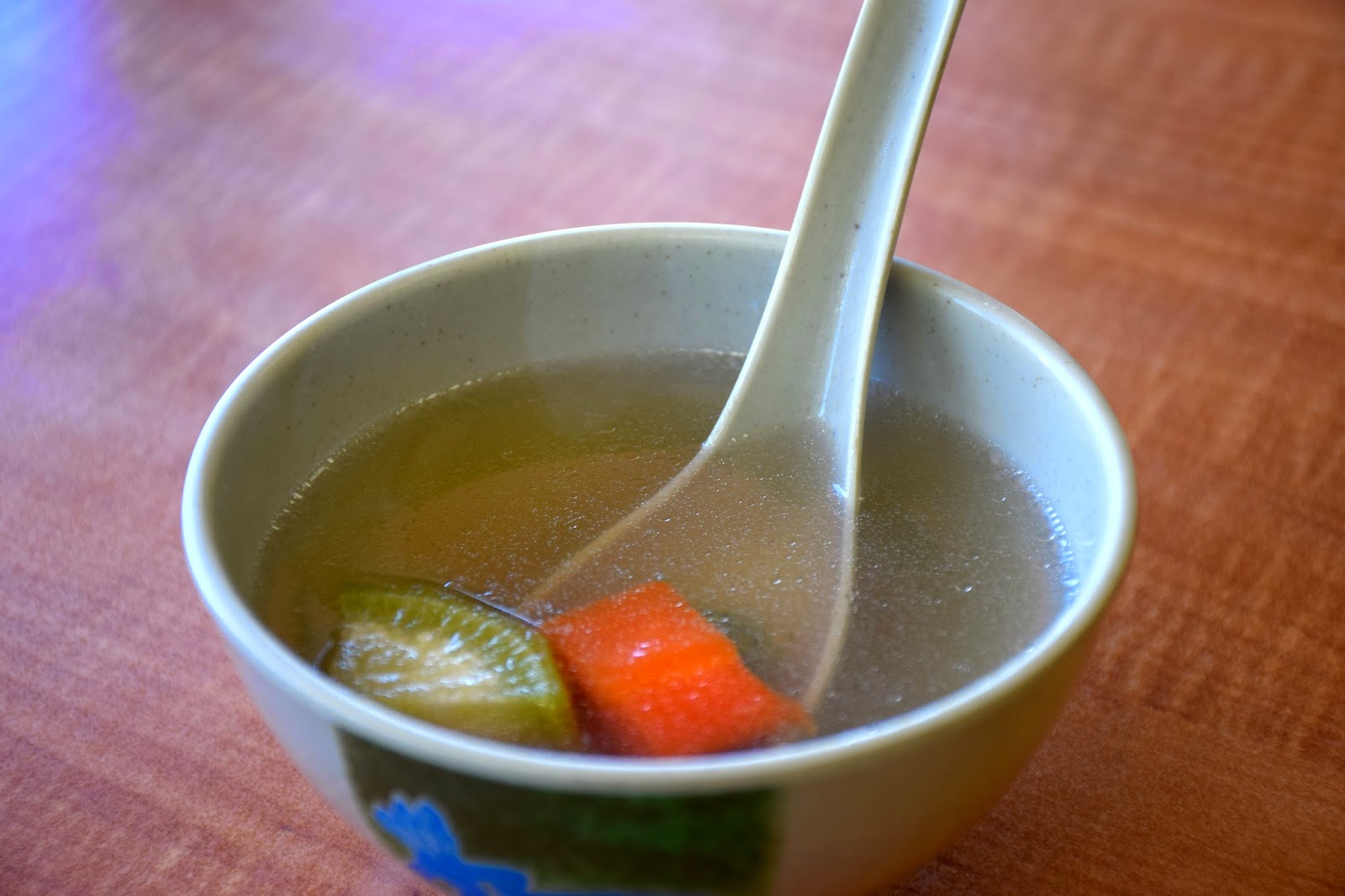 Hainanese Chicken Soup
4/5 stars
Usually the free soup included with meals are really watered down, MSGed up, but this wasn't the case! I was really surprised at how good this was! The soup was Hainanese chicken broth, with hints of ginger. Since this was made out of chicken broth, it was rather oily, as you can see from the photo, but still really tasty! 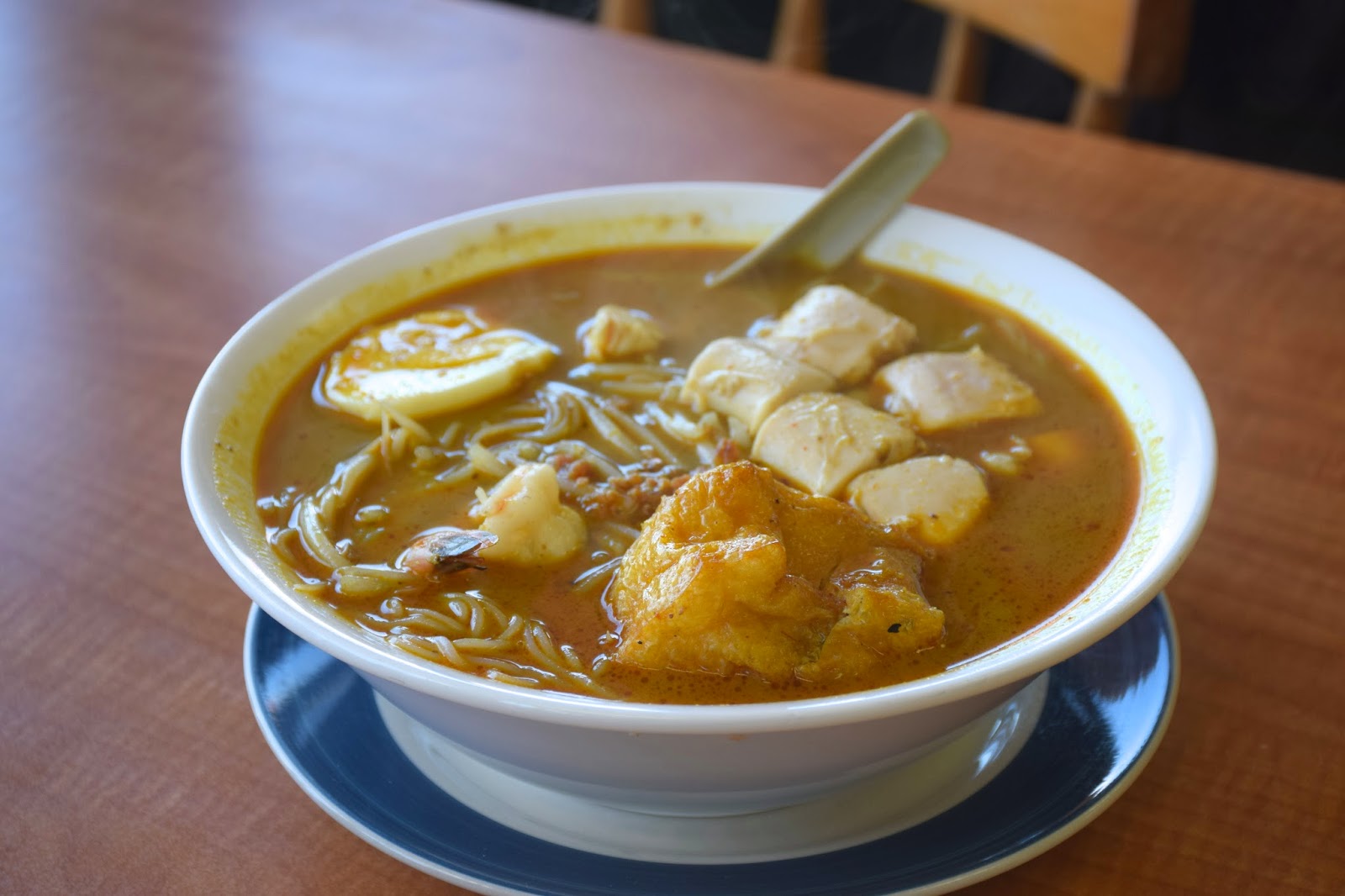 Laska
2/5 stars
This was a huge bowl! For the portion size, this was a great deal. There was also about 6 pieces of chicken in it, which I appreciated.While there were ample ingredients, the main attraction, the broth, was rather disappointing. It was rather lacking in depth, and had zero kick. The coconut flavour wasn't particularly prominent either. The noodles were plentiful though and had been cooked al dente. 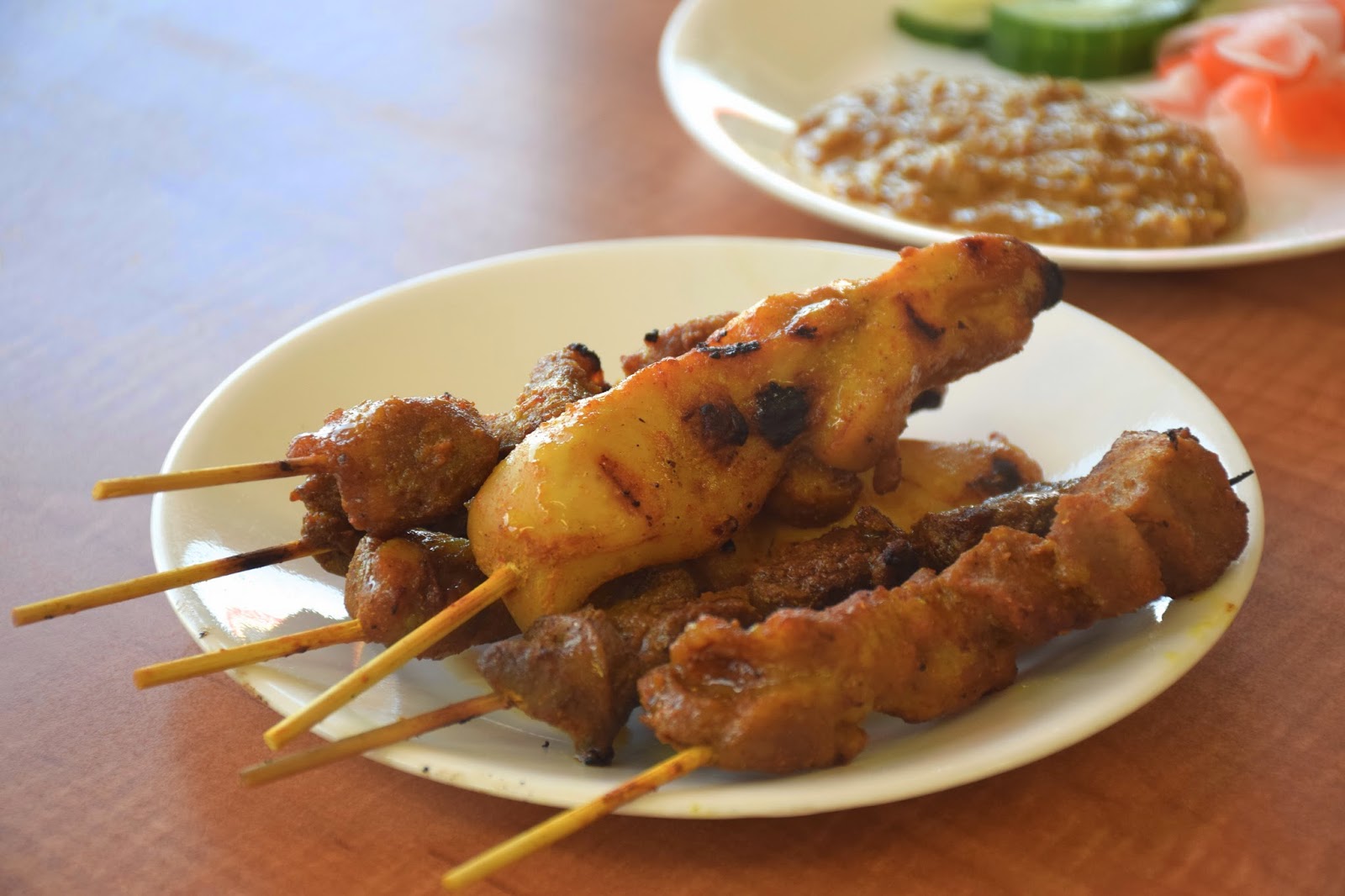 Mixed Skewers
4/5 stars
These came with 3 types of skewers, chicken, beef, and lamb! They were well seasoned, heavy on the spices, with a slight kick. The flavours of the seasoning had fully penetrated and coated each piece of meat. The meat was a bit hard though, I would have preferred it to be juicier. My favourite out of the bunch was probably the beef! 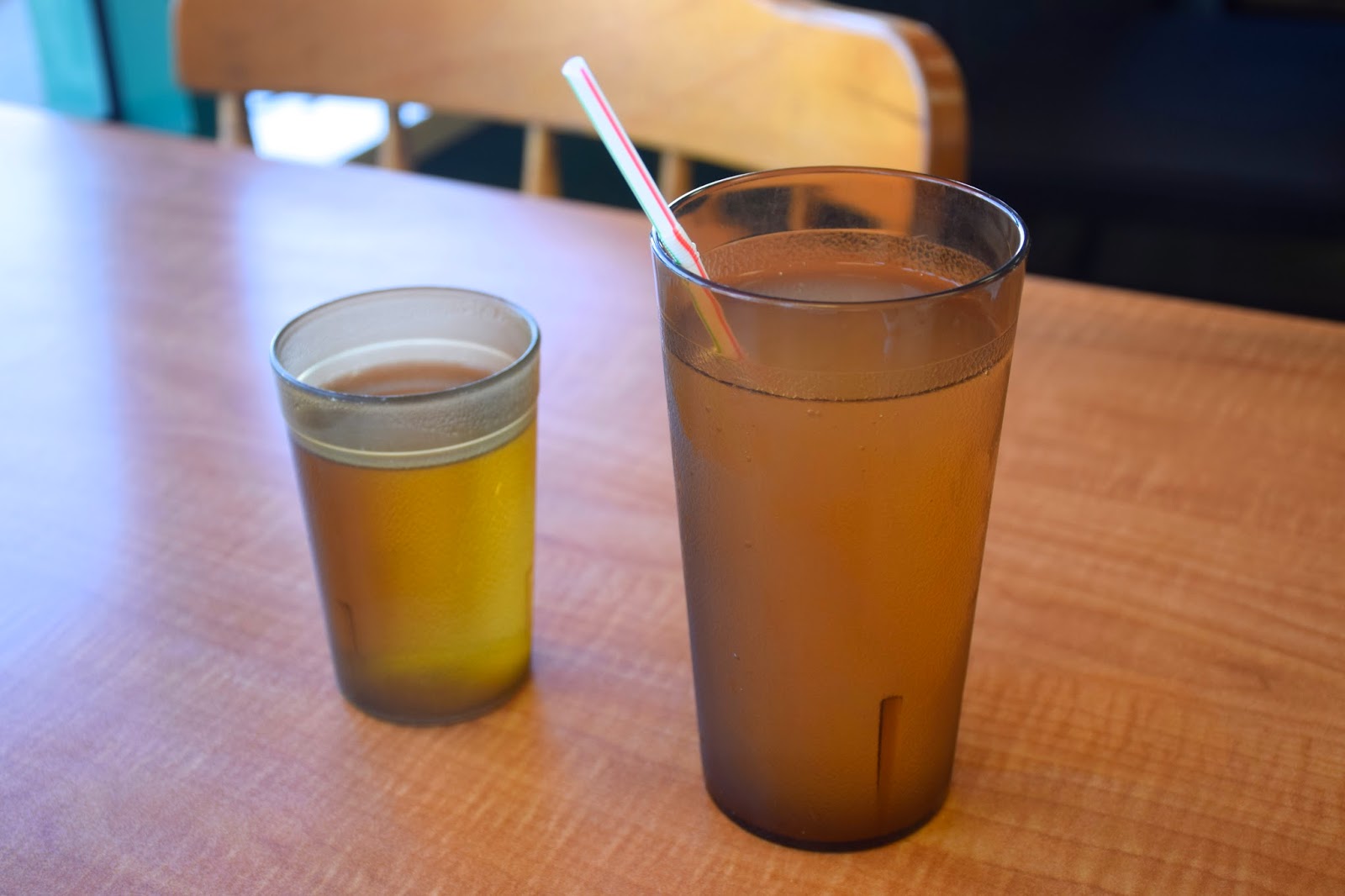 Barley Drink
4/5 stars
This was super light and refreshing! The barely flavour is really potent and has a strong wheat taste. The combo is suppose to come with two drinks but they only gave me one. I really liked this and I totally forgot to ask for more haha! The other drink beside it is the tea haha! And yes, it really was that small! It was like a mini cup, which I thought was cute haha.

Overall, Prata Man is a no frills, dependable, and affordable place for Hainanese Chicken in Richmond! As long as they remain in business, I'll always be a repeat customer! Yay for cheap, yummy eats! :D Did I mention that service was great as well? The guy was smiling the whole time haha!