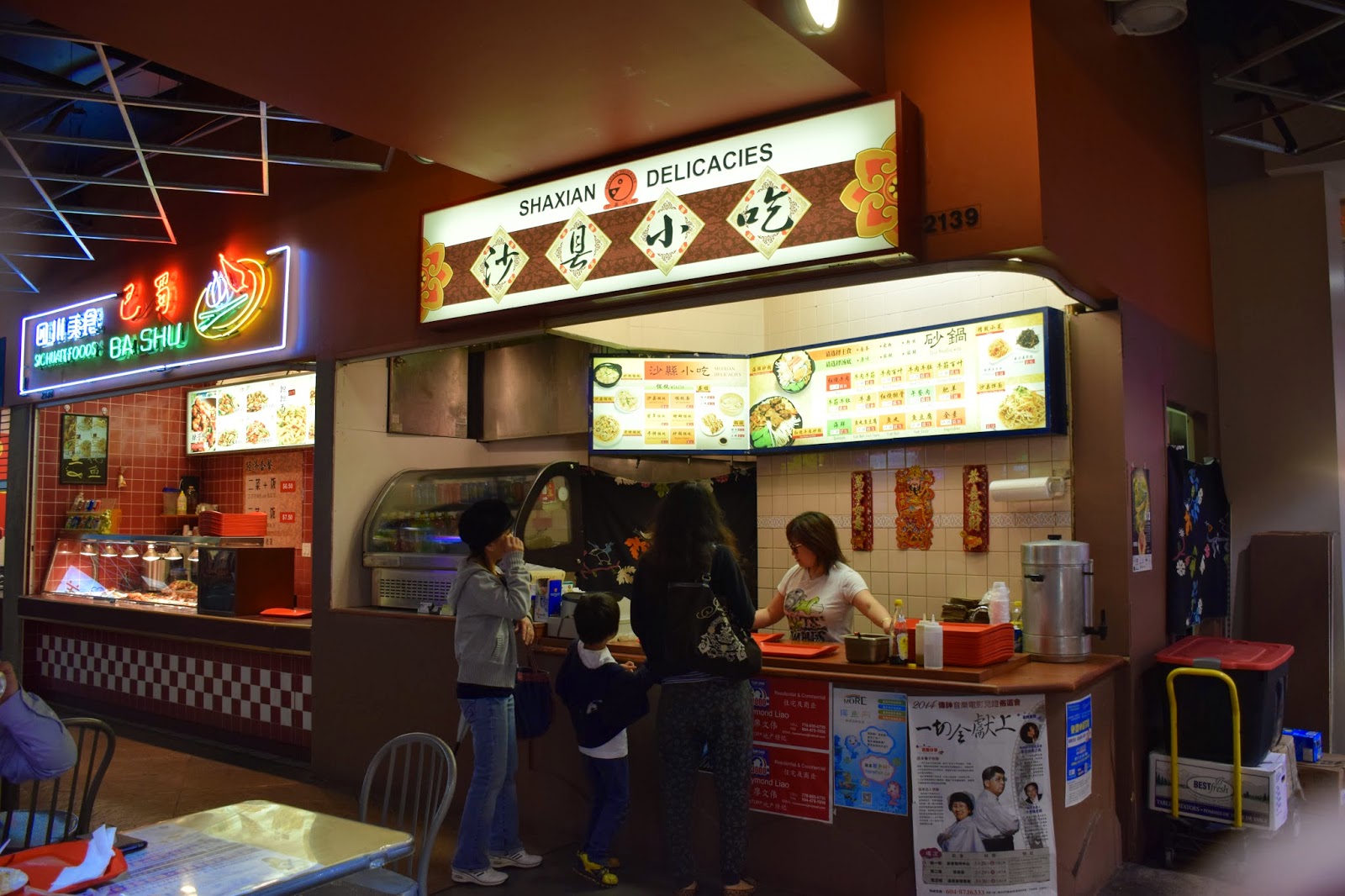 Shaxian Delicacies is a relatively new addition to the Crystal Mall food court! Shaixan is a city in China, so I would assume that they specialize in cuisine from Shaixan! I've been meaning to try it, and finally got around to it the other day! :D They seem to be popular because see alot of people getting stone bowl noodle soups from this stall!

Since I was with my mom we both got two different versions of their noodle soup, one in beef, and lamb, two of their most popular! 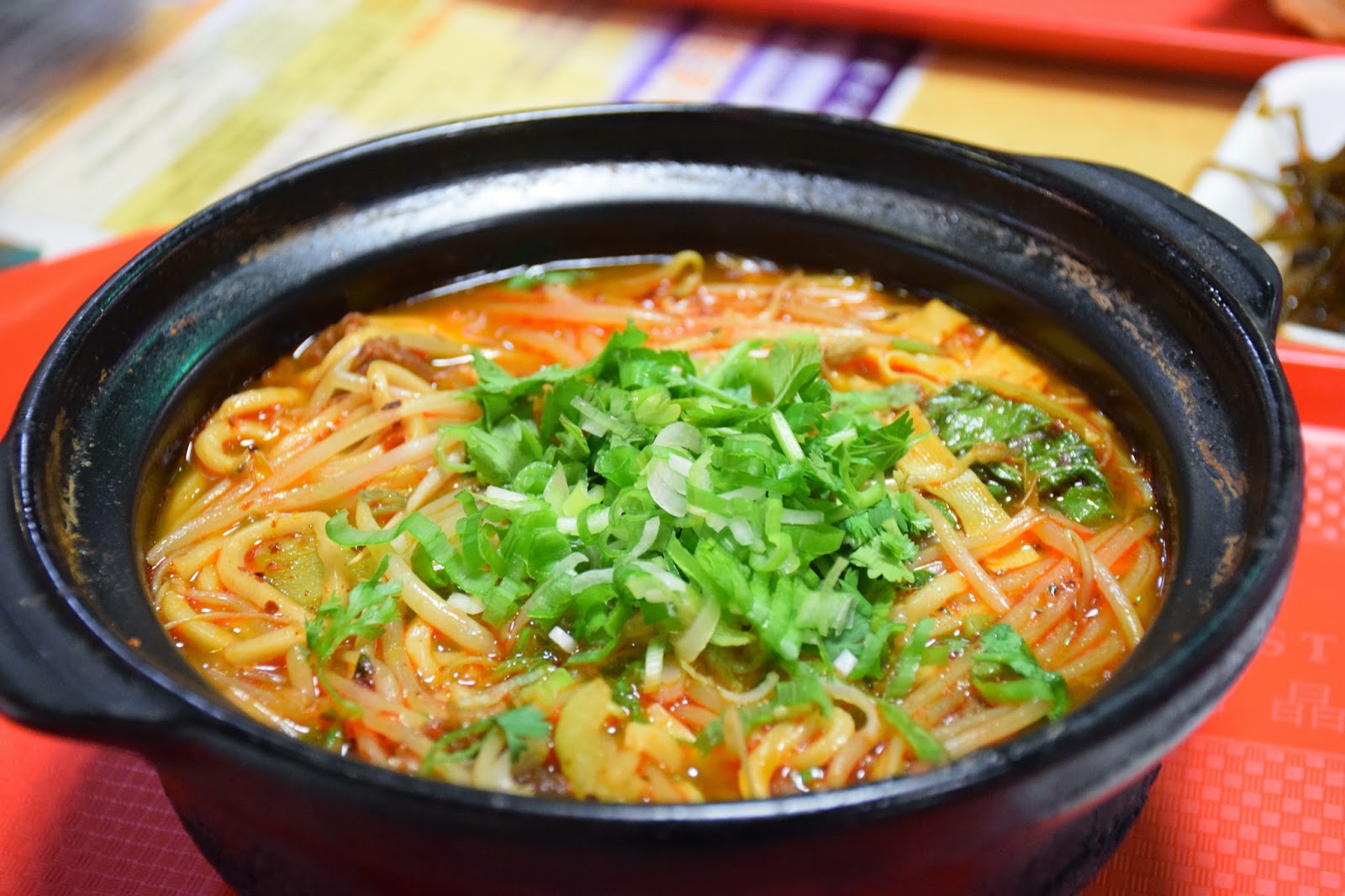 Beef Version (Oil Noodles)
2.5/5 stars
They ask you how spicy you want your noodles, and we both went with mild. Let me tell you, this was NOT mild. At all. It was borderline HOT. I could still handle it though but for those of you who are really sensitive to spiciness, ask for none haha! It was so spicy that it really overwhelmed the other flavours of the soup. On top of that, it made my tongue kind of numb haha. You also get to choose the type of noodles you want I went with the thick oil noodles and my mom opted for rice noodles. The rice noodles have more of a bite and had been cooked al dente!
I'm so sorry I totally forgot to pick out the pieces of beef to show you guys! :(
They were your average run of the mill beef briskets, reasonably tender, with a decent amount of flavour! 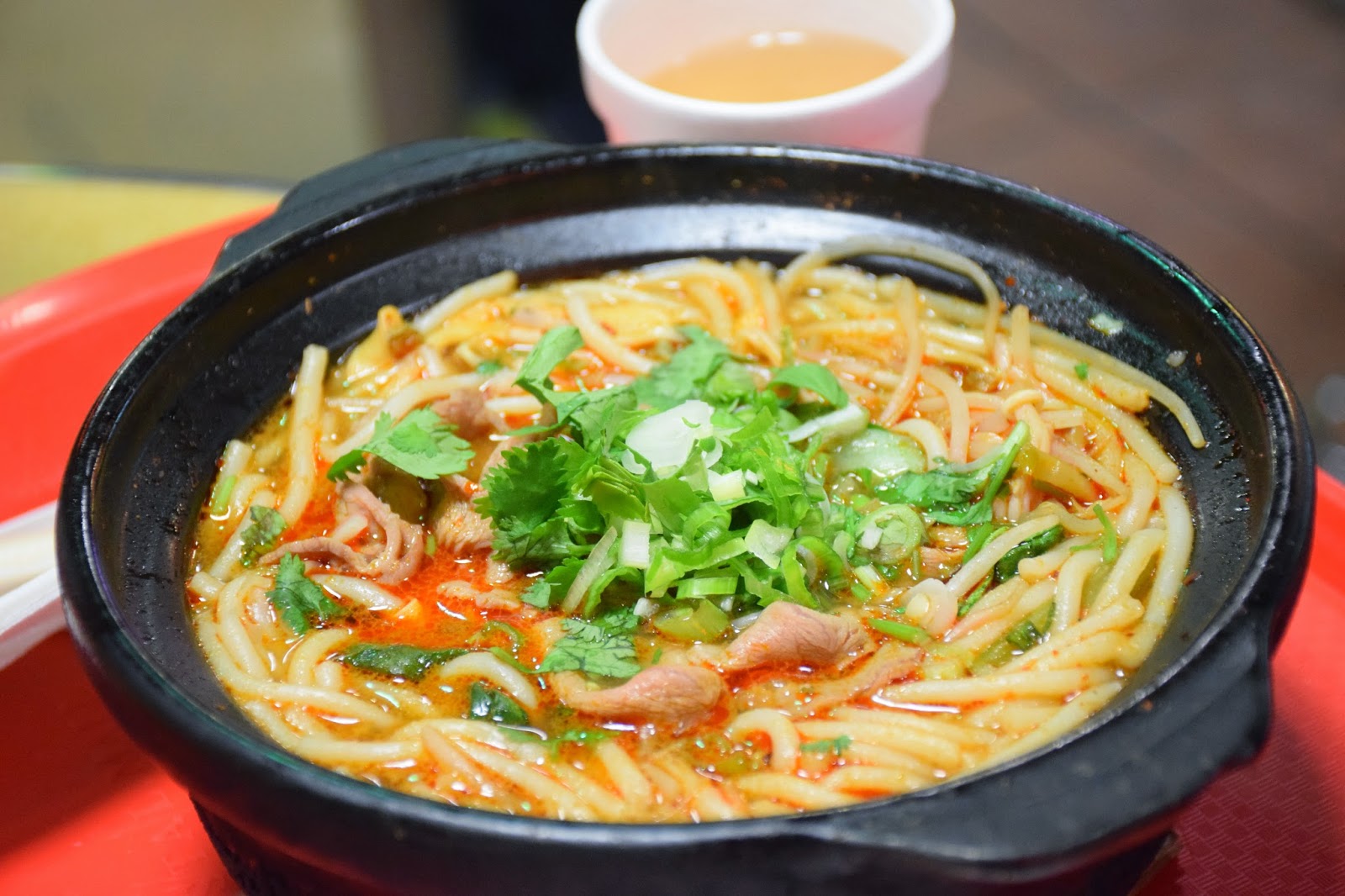 Lamb Version (Rice Noodles)
2/5 stars
This had the same soup base, except there was lamb in it instead of beef brisket haha. My mom went with rice noodles, which are more slippery, and softer in texture. We both noticed that she had a bit more broth than me, which rendered mine spicier than hers haha, because it wasn't as watered down. There were about 5 pieces of lamb which had been sliced really thin but were reasonably tender! 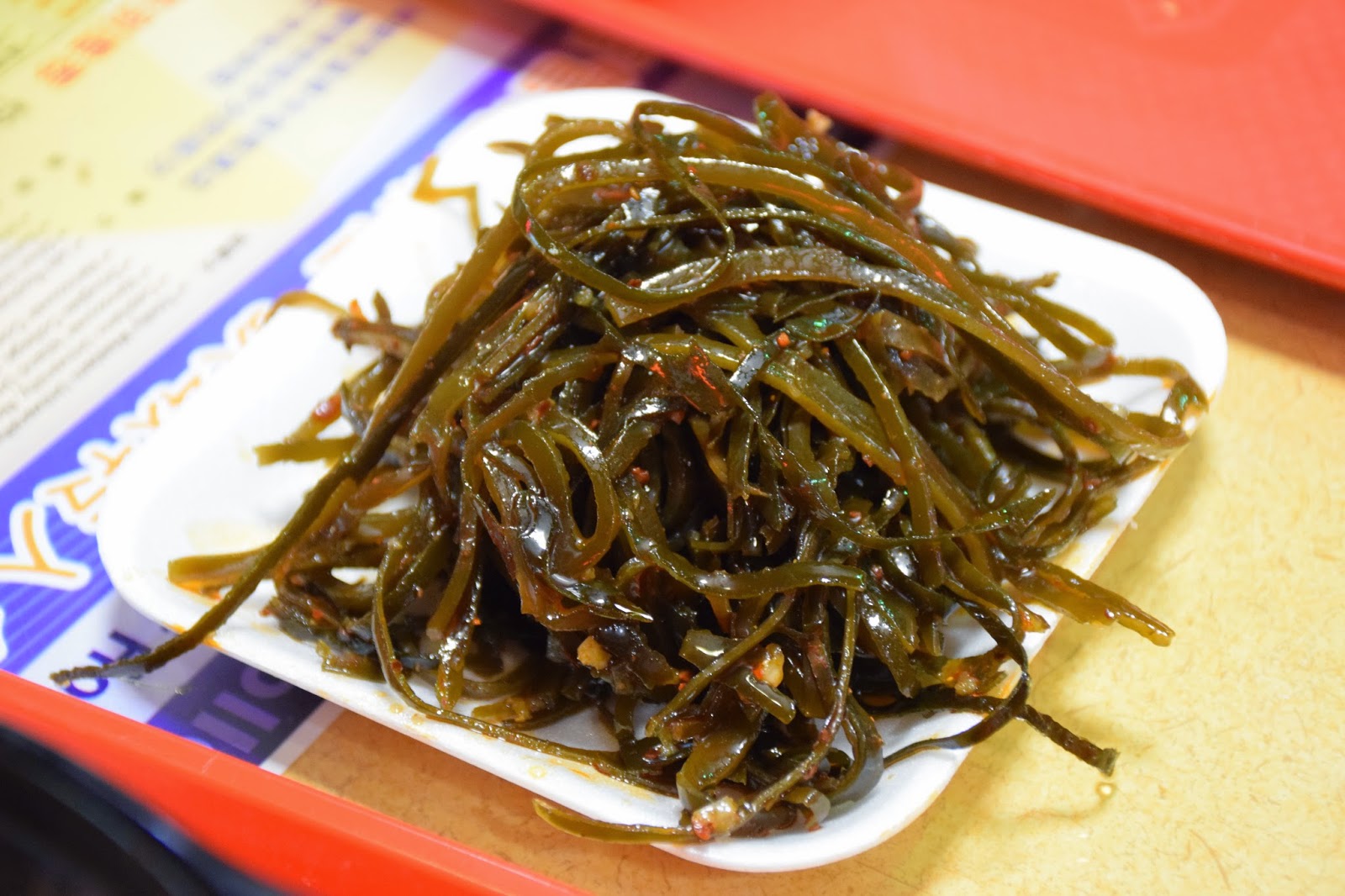 Seaweed
3/5 stars
They have a promotion going on where if you purchase two stone bowl noodle soups you get a cold side dish for free! They let you choose between a cold potato appy or spicy sesame seaweed!
I went with the seaweed, because I just like seaweed better haha! The portion was rather large and we shared it amongst 4 people. We all really enjoyed this! The seaweed was fresh, crunchy and had been dosed with generous amounts of sesame oil, garlic and chilli! 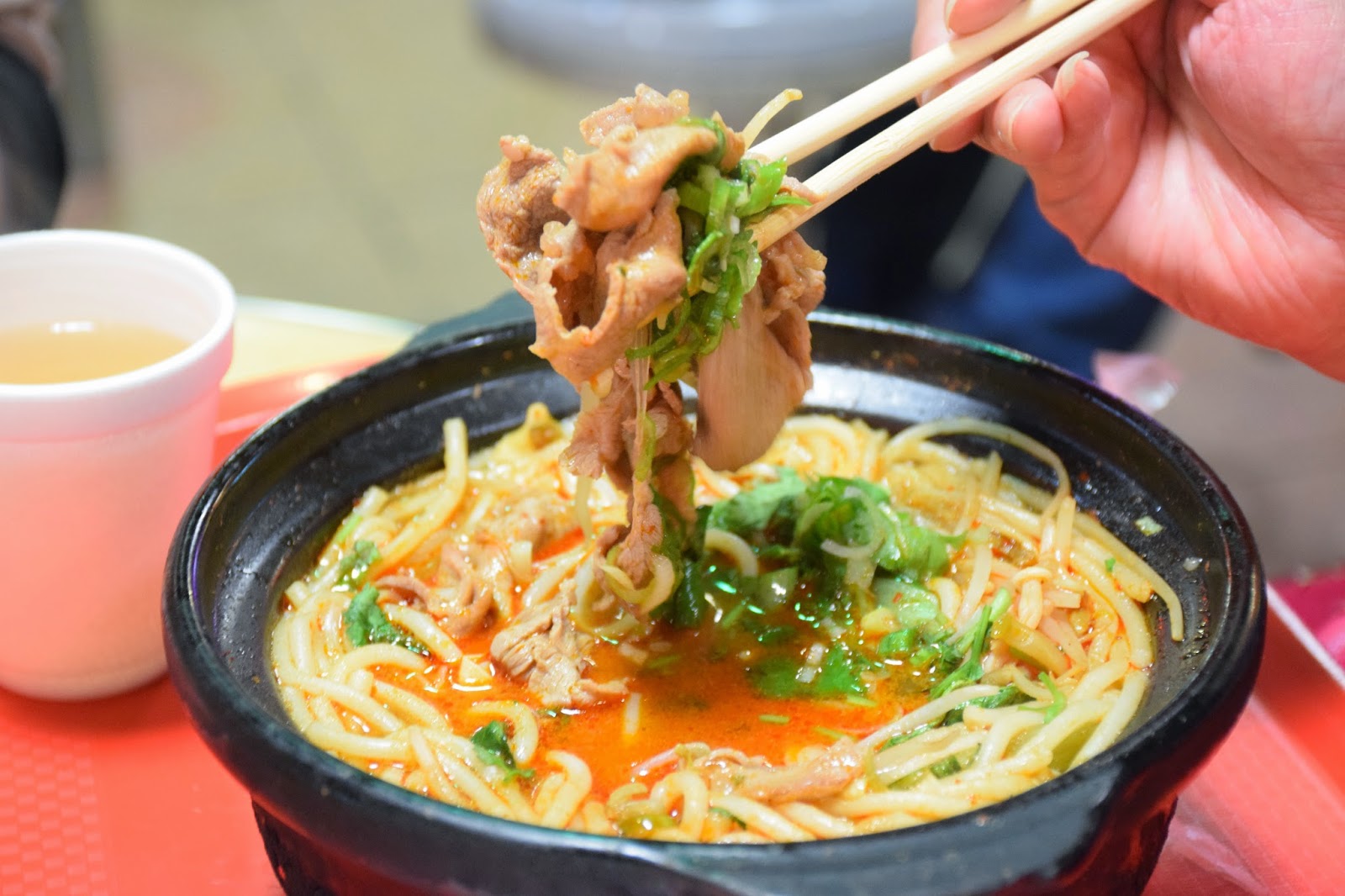 Here's a closeup of the pieces of lamb! 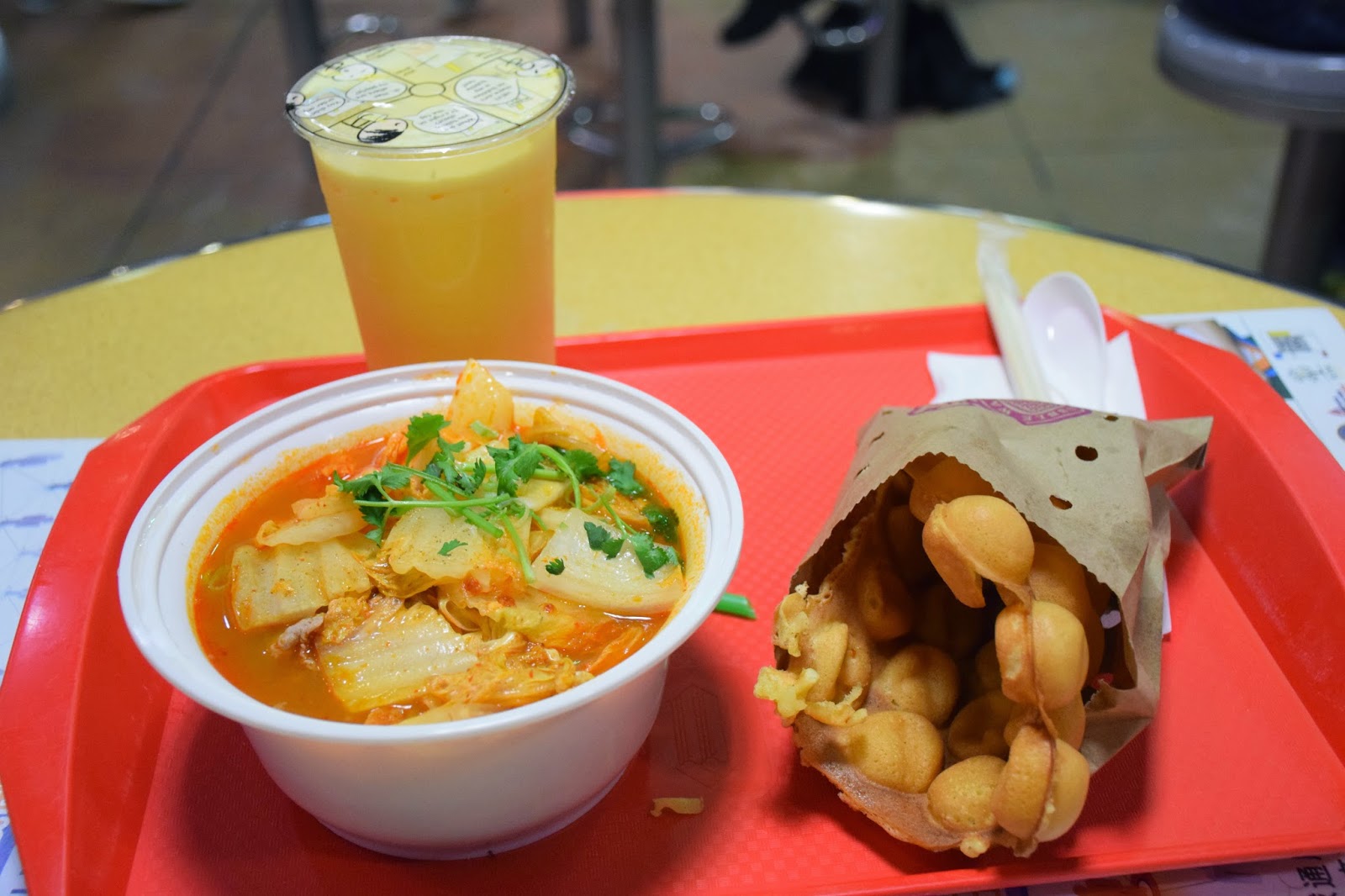 My grandma also picked out a Mango Milk Tea, which she actually gave to me! It was really thick, and more of a smoothie consistency! It was super sweet though, and tasted like a powered mango mix, which I wasn't too fond of haha. Would I get it again? No, I wouldn't haha. I do like their milk teas though. 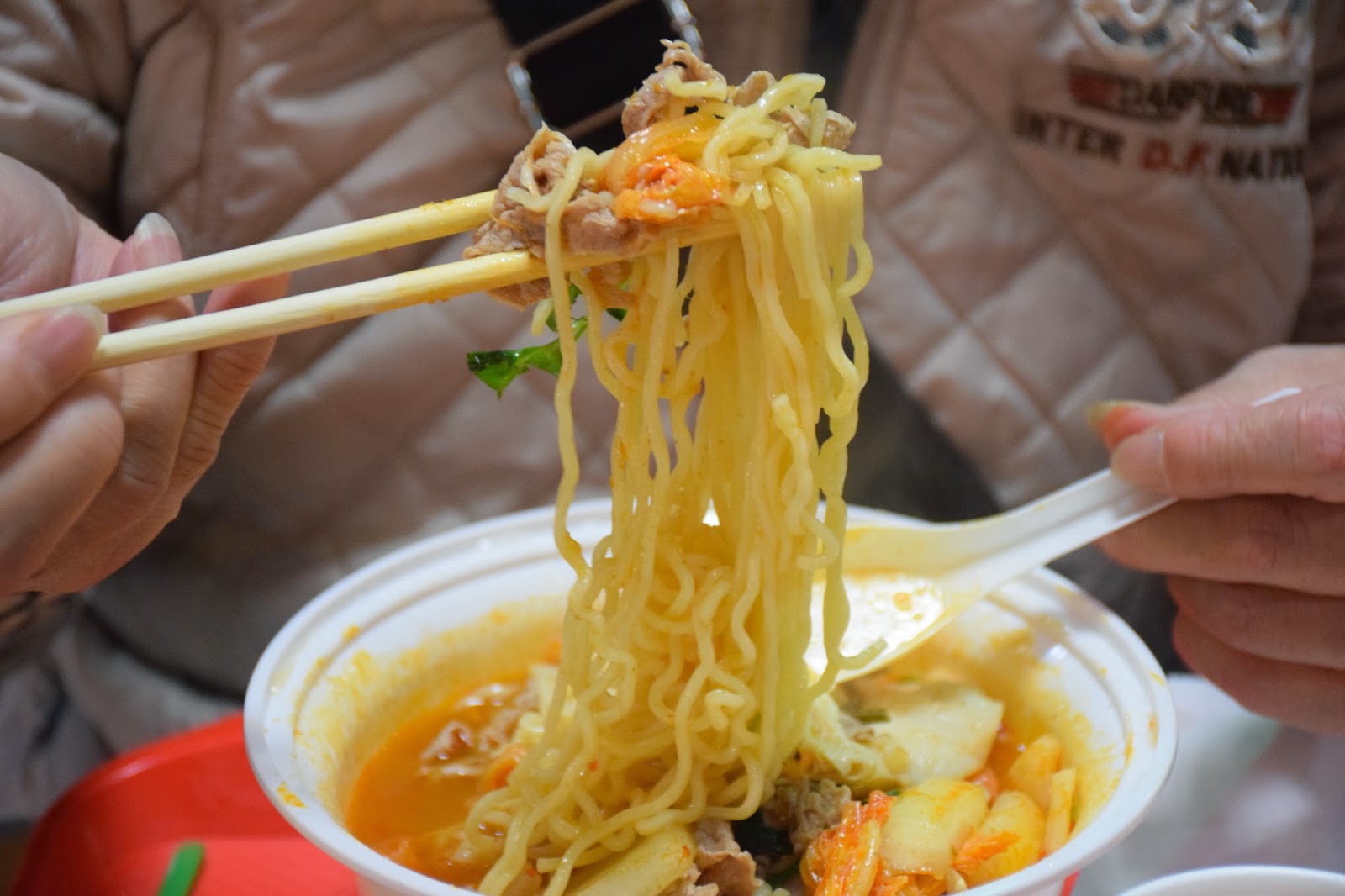 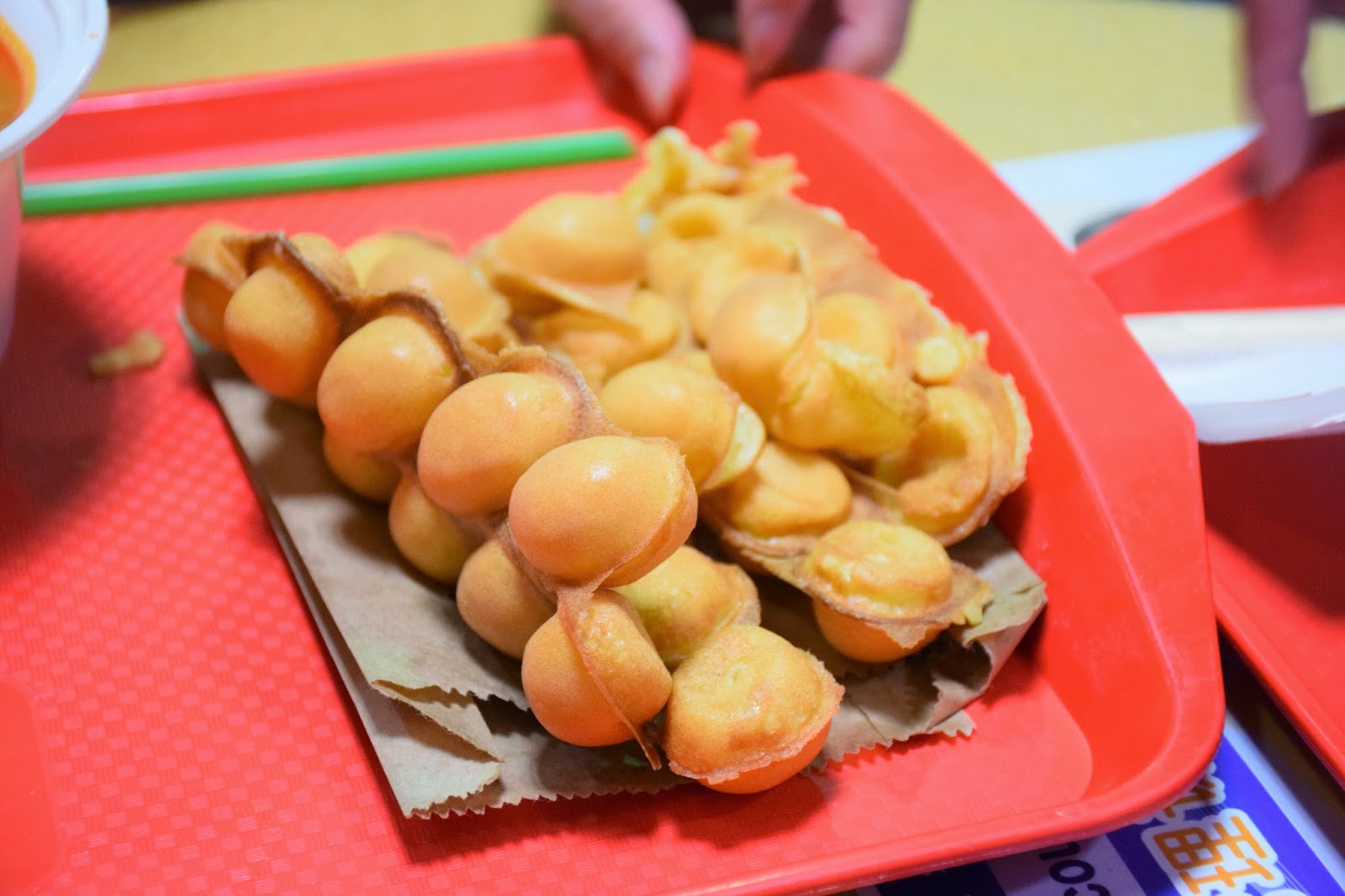 Original Bubble Waffles
3/5 stars
These are only a $1 if you get it with a noodle soup combo! Talk about a deal! They usually run $4 on their own, so you're actually saving a lot of money haha. The waffles are of the softer variety and are just the right amount of sweetness! We ended up sharing this as well :) 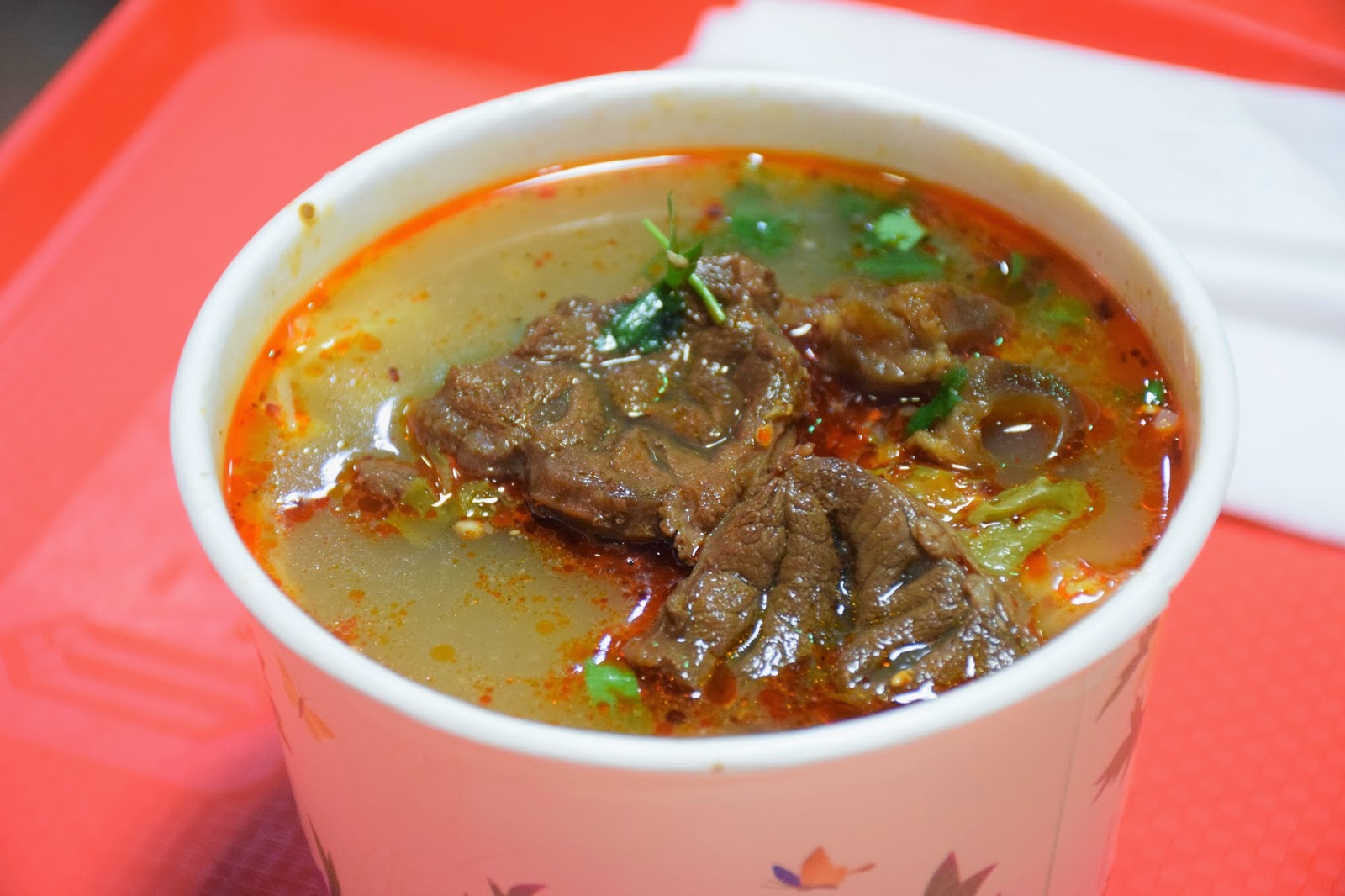 My grandpa defaulted to his usual, beef noodle soup from Huaxi! He's not very adventurous when it comes to food haha! He sticks to what he knows best! Check out my previous review of Huaxi here: http://www.vancitynoms.com/2014/03/huaxi-noodle-specialist-crystal-mall.html