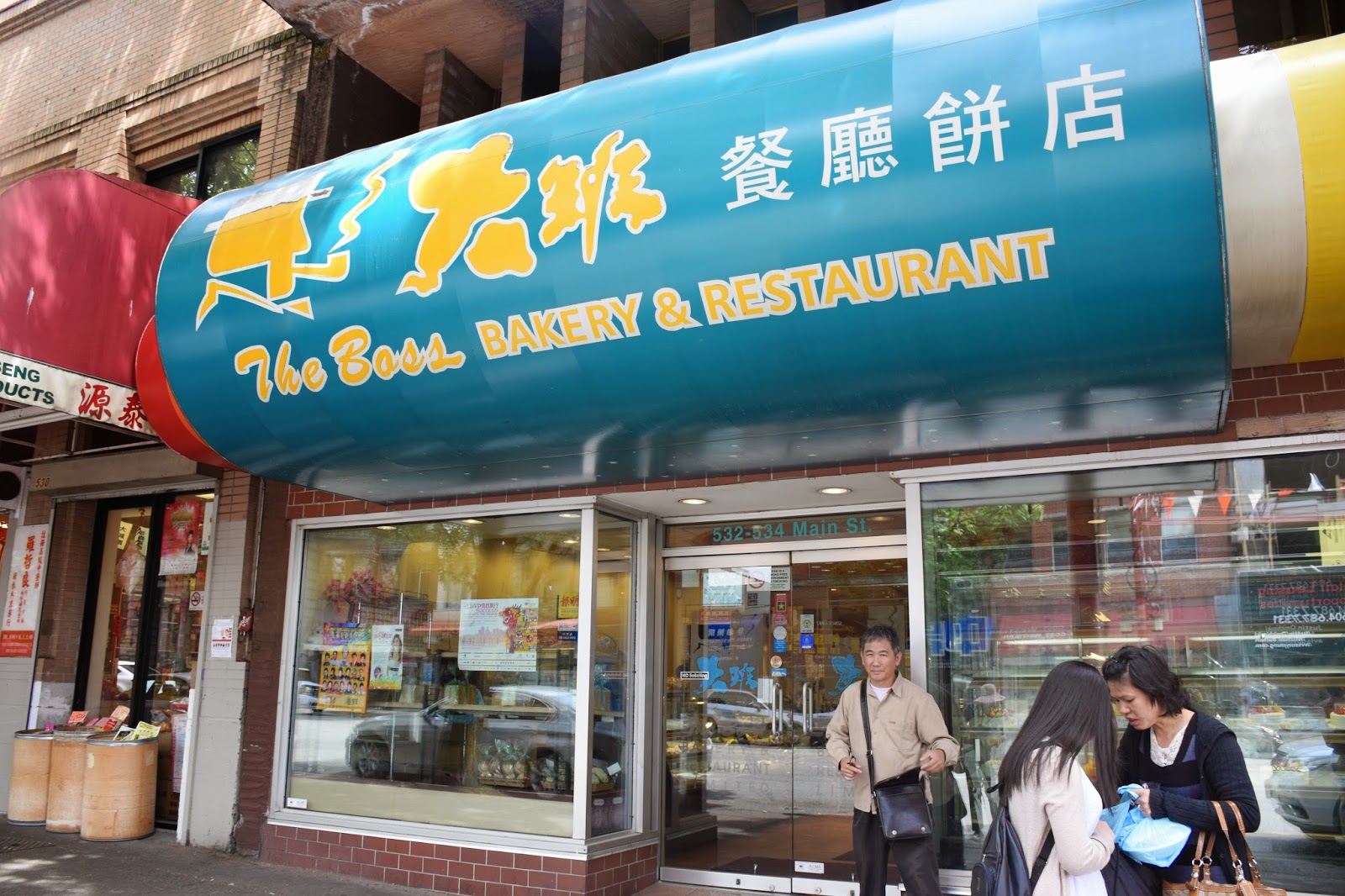 How long has this place been around?! Longer than me, that's for sure haha. My dad even ate here 30 sonething years ago when he immigrated to Canada haha. They have another location in Metrotown but this one is leagues betterrr!

What I love about this location is: not only is the food tastier, they have a bakery upfront too! You know what that means right? Dessert!!! They have a huge selection of pastries, bread, and cakes!

(Scroll down for pics of the bakery section.)

They were having a Lunch Special going on where you get to choose between 2 entrees (Mini Steak w/Spaghetti or Salted Fish Fried Rice), which comes with a dinner roll, cream of mushroom soup and a drink of your choice. We ended up getting one of each and I ended up eating most of it hahaha. This was after dim sum at Kirin. We were all still ravenous after 8 dishes haha 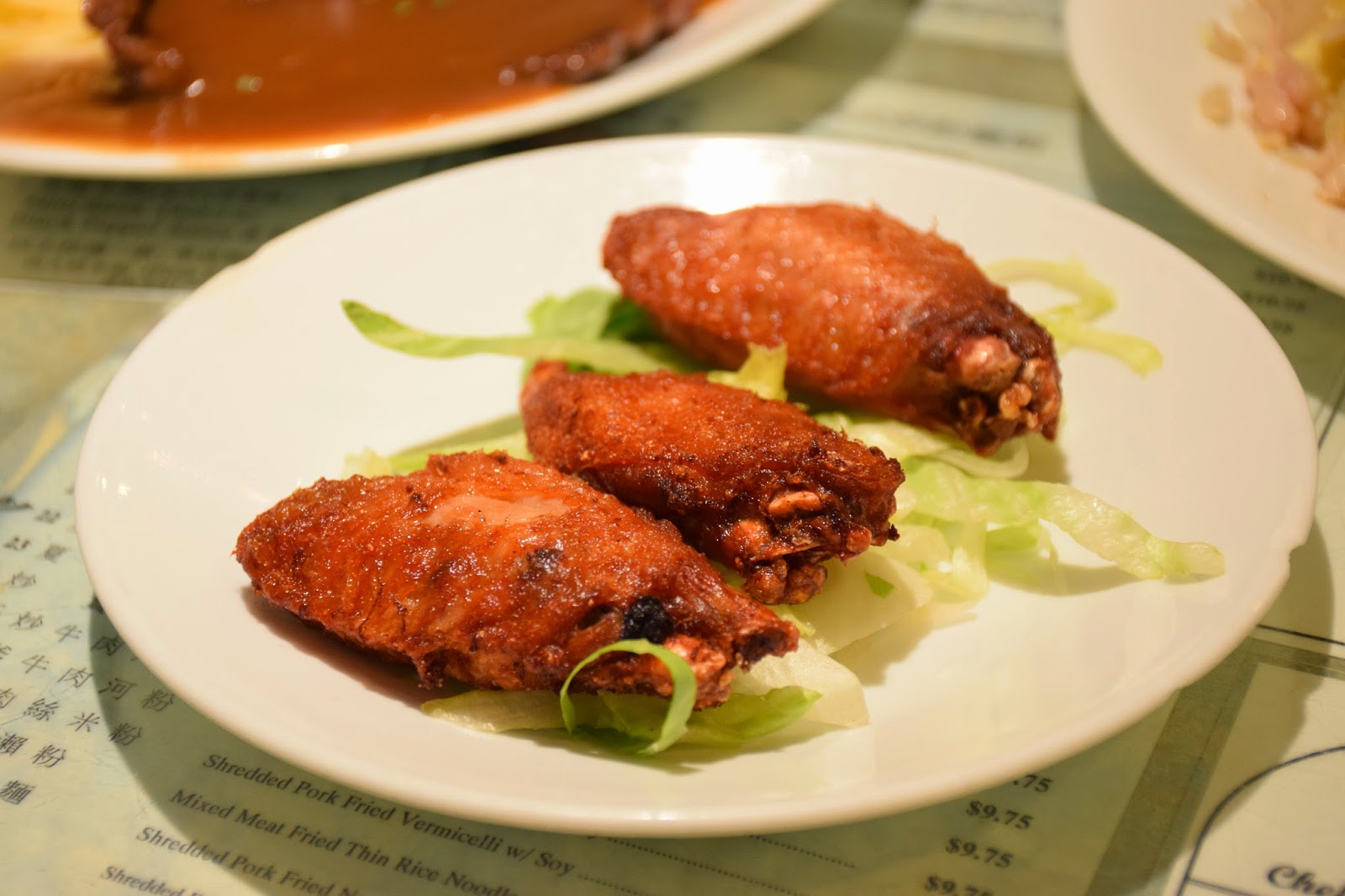 Fried Chicken Wings
3/5 stars
We ordered this as a side for $3.99 which was pretty pricey for what it is! These things were tiny, but tasty nonetheless. The skin was crispy, with a charred flavour, and the meat was moist. Nothing too fancy, but who can pass up fried meat? hahaha 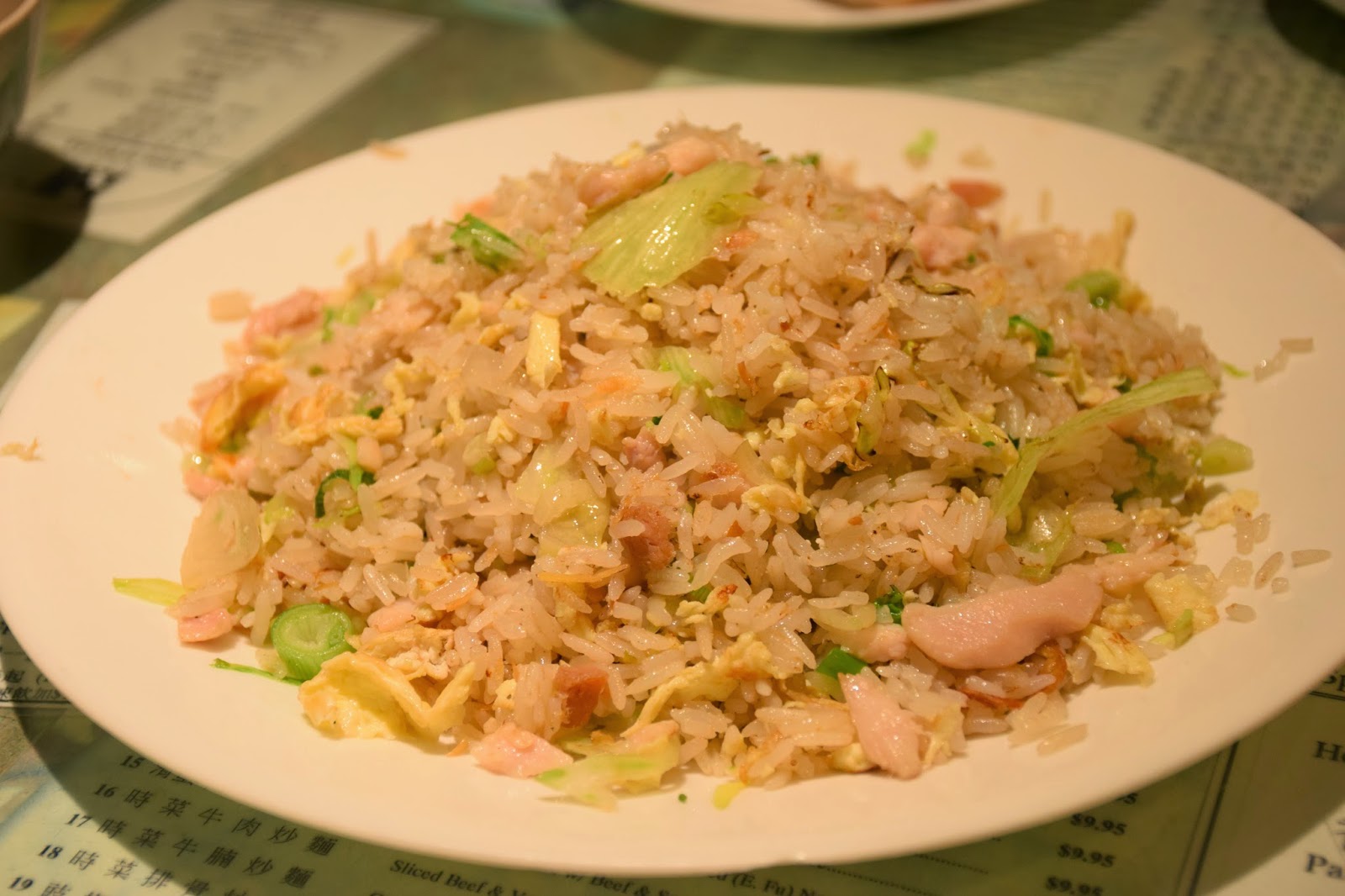 Salted Fish and Chicken Fried Rice
3/5 stars
This was really salty mainly due to the salted fish. But hey, it's better than being too bland, imo haha! Saltiness aside, the rice was fluffy, the right texture, and incredibly fragrant from the salted fish. The chicken pieces were nice and moist too. The portion size was really large but I had no trouble polishing off 3/4 of it haha. 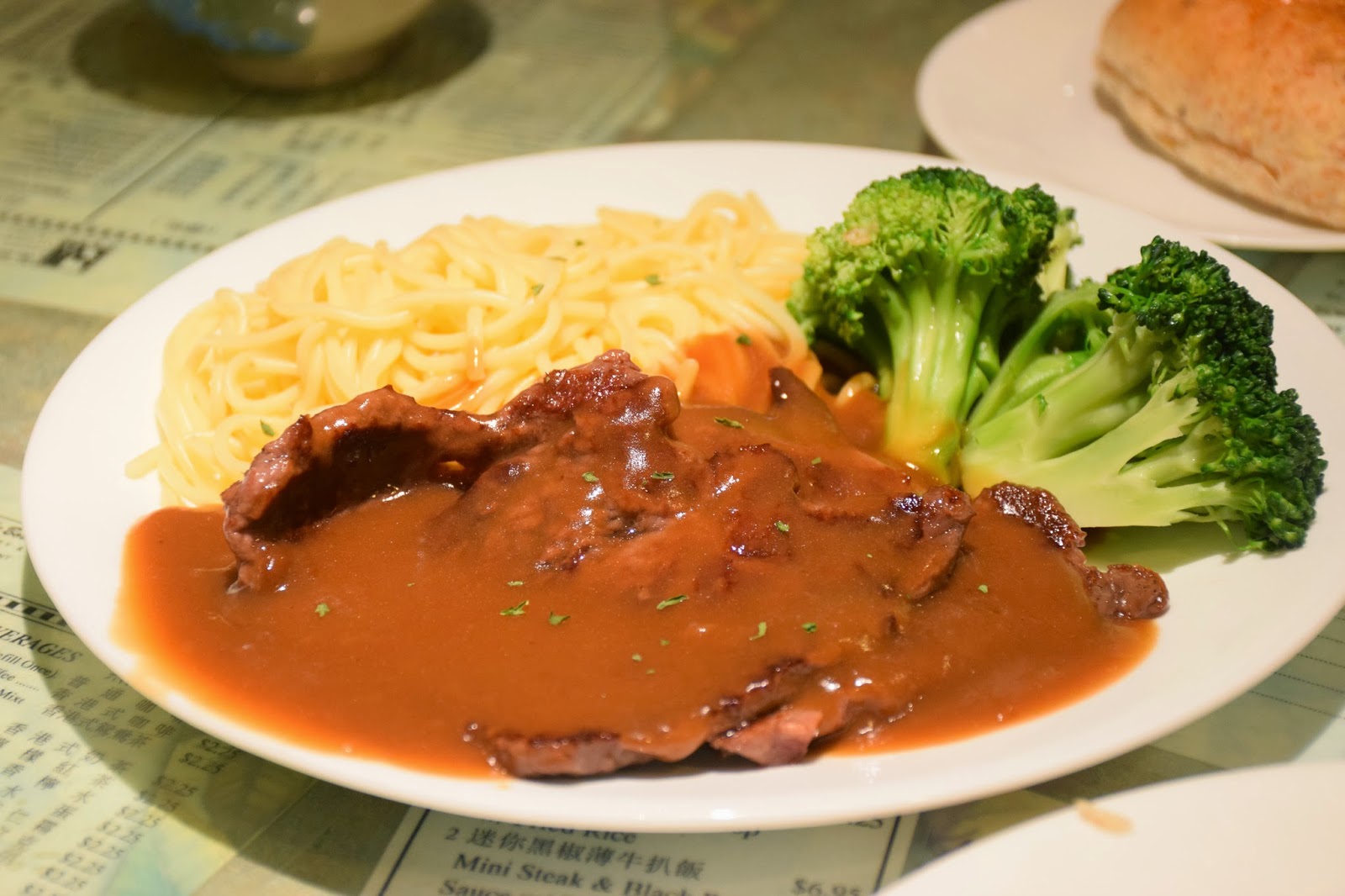 Mini Steak w/Spaghetti
3/5 stars
You're not going to get high quality steak here haha but what you are going to get is 3 pieces of decently juicy subpar quality meat drenched in a heavy sirloin sauce! Really for the price, it was not bad! True to it's "mini" name, the pieces of meat were really thin and had been cooked medium well done. The spaghetti was pretty standard, and there was enough sauce to cover to noodles, which was nice. Overall, for the price, it was how I expected, nothing more and nothing less! 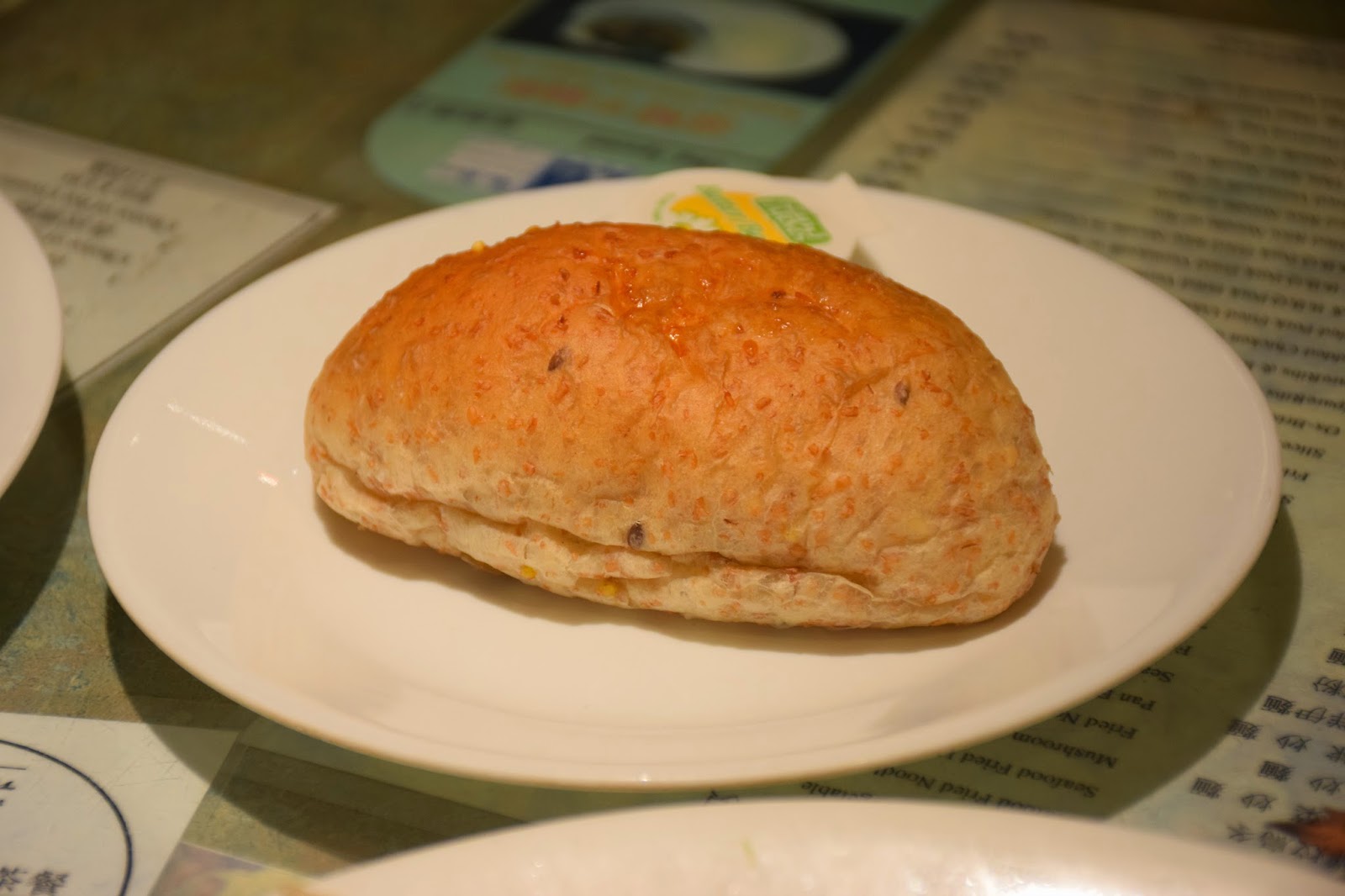 Both combos came with dinner bread rolls + butter! Kind of like the stuff you get on airplanes haha. 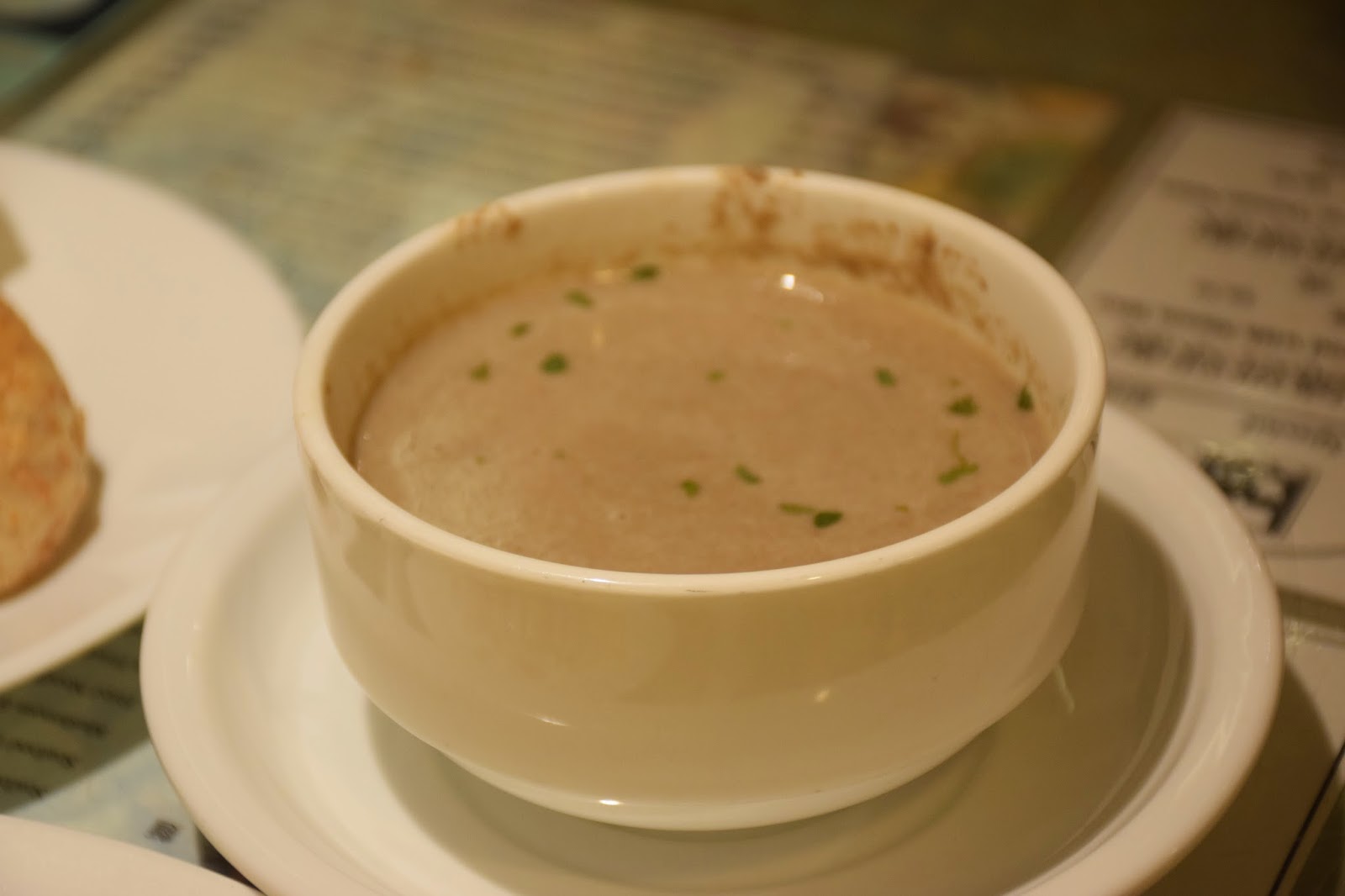 Cream of Mushroom & Chicken Soup
4/5 stars
I actually really liked this haha! The soup didn't taste watered down, and was super creamy! The mushroom flavour was really potent and there was lots of chicken in it too! It wasn't too heavy and wasn't too salty either, which I appreciated! 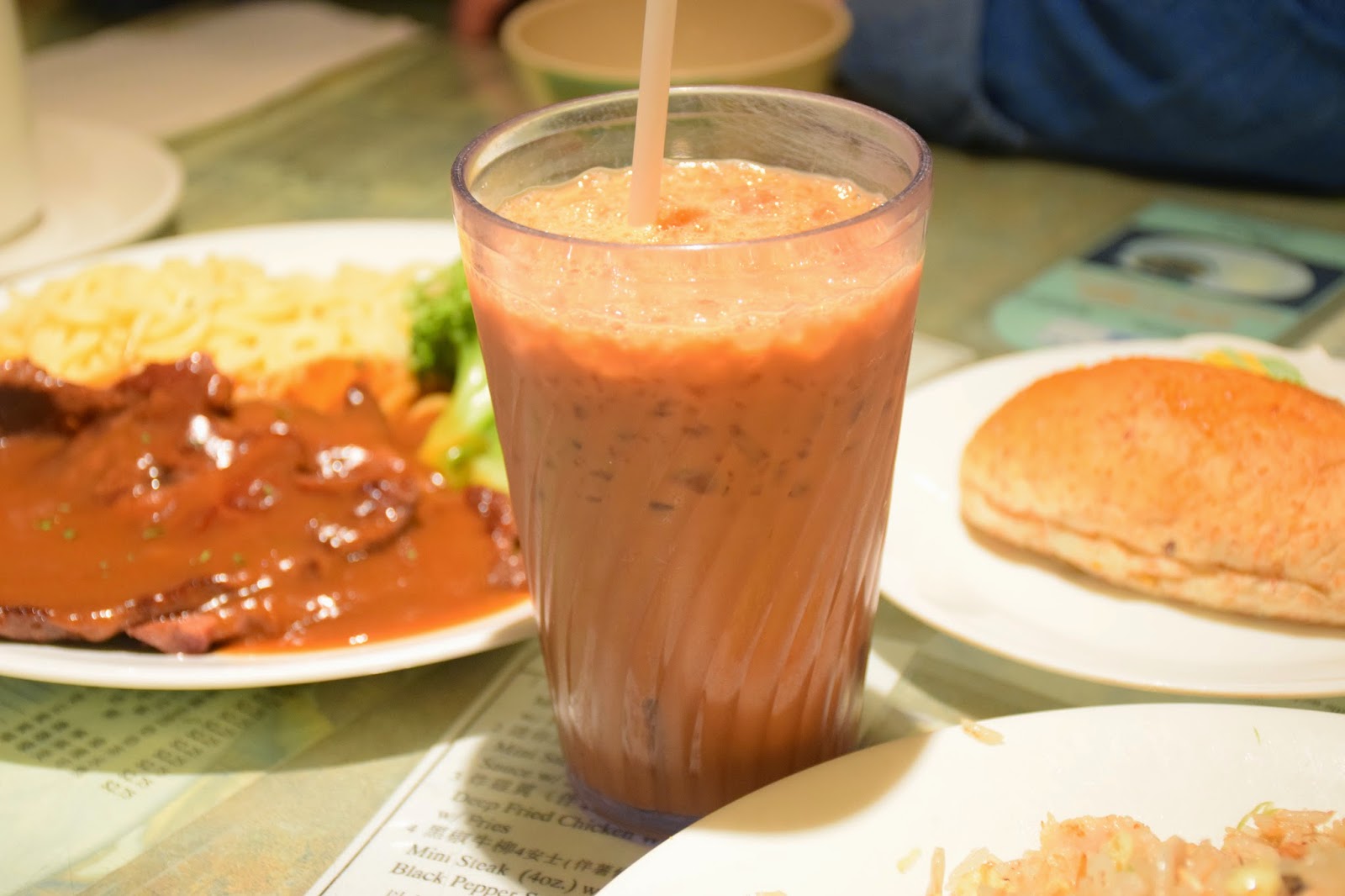 Iced Milk Tea
3/5 stars
You can't go to a HK cafe without milk tea can you?! It's basically a unwritten rule that you MUST get milk tea haha. Like most places, a cold drink is an additional $1! I liked how they grinded the ice into smaller pieces haha! The milk tea wasn't as bitter as some places, and tasted a tad bit watered down, probably from the ice. 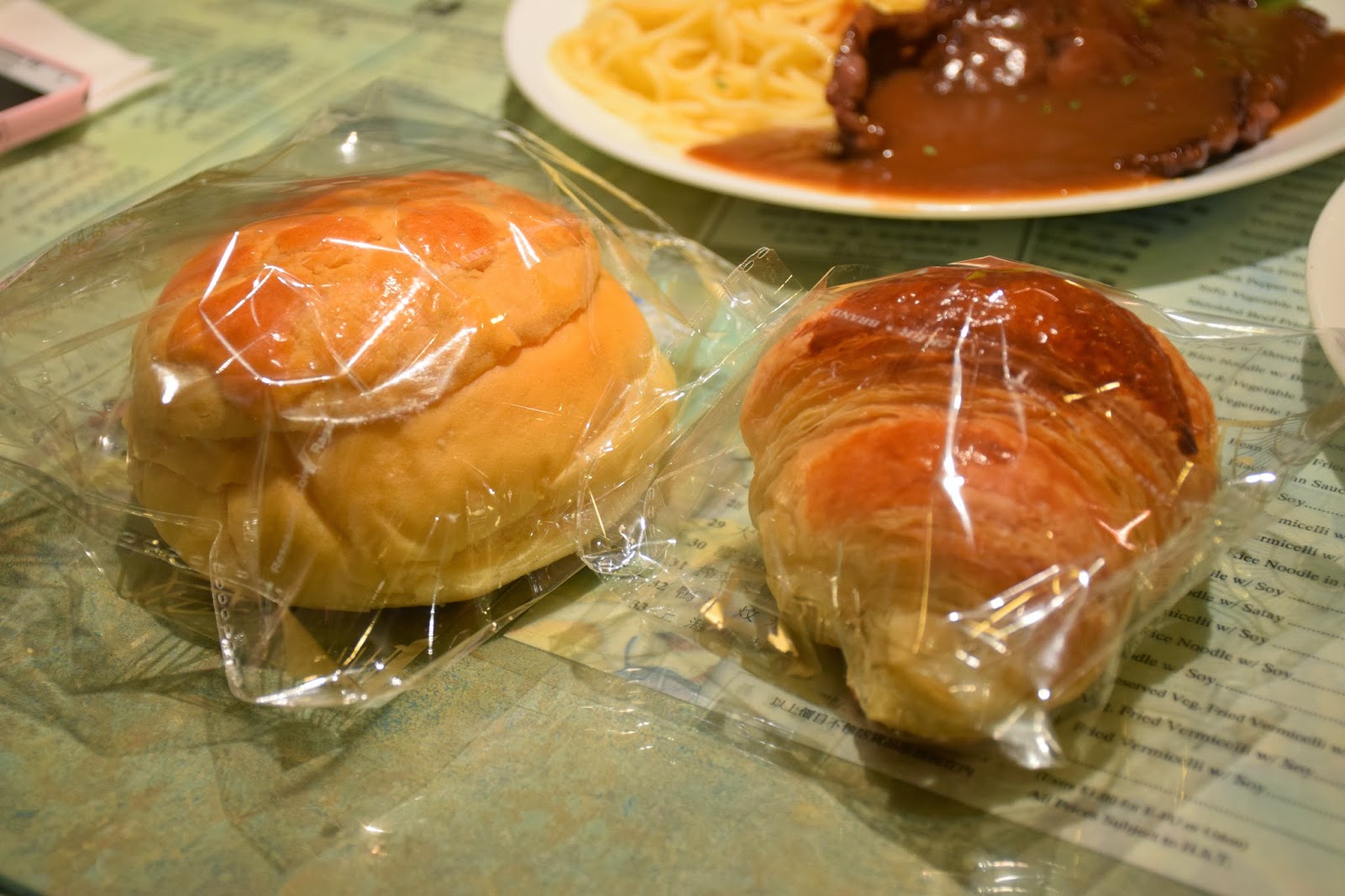 I picked these out but my mom ending up eating the Pineapple Bun and my grandma ate the croissant. They didn't comment on it so I'm guessing it wasn't particularly enthusing haha. 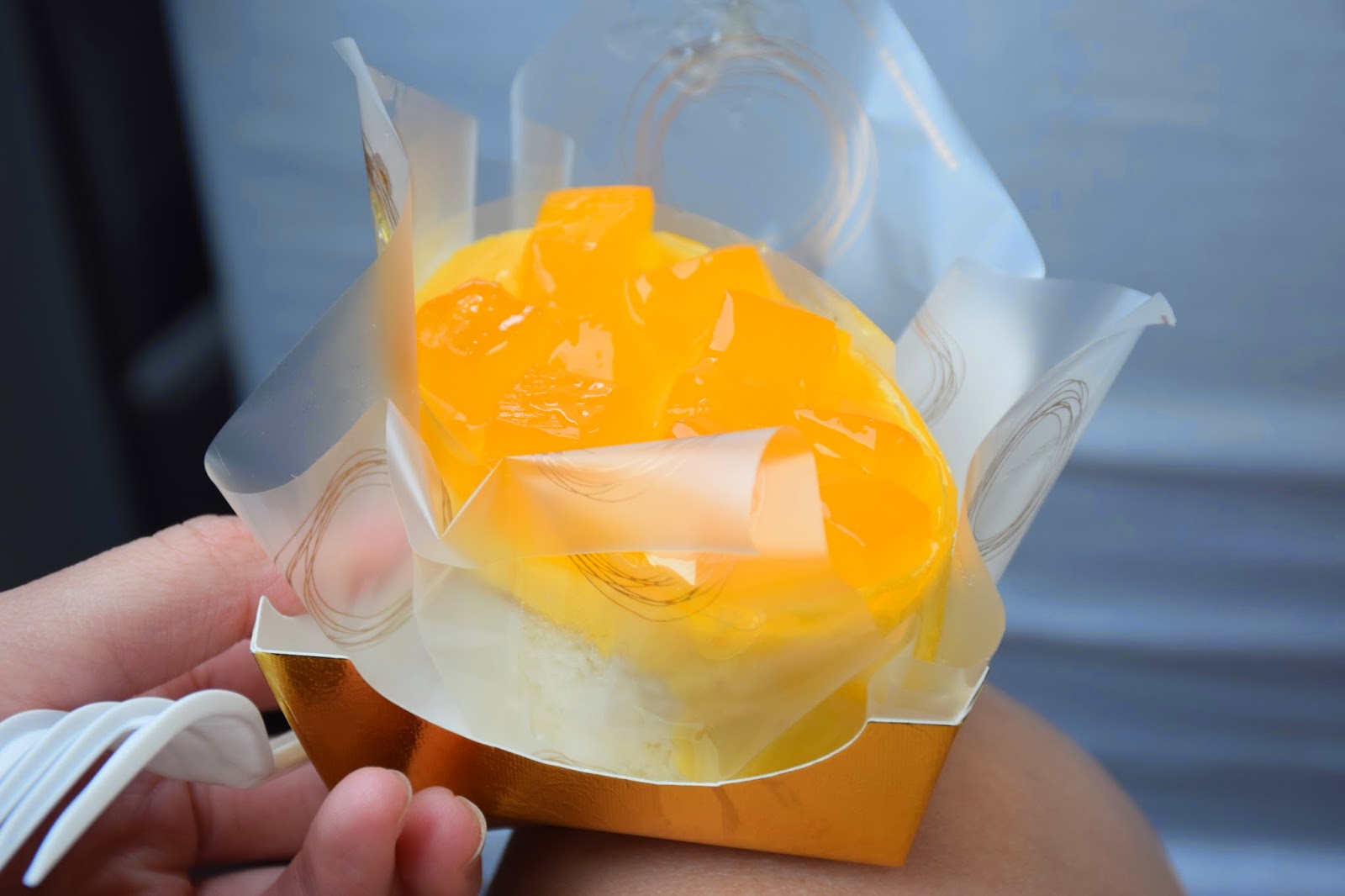 Mango Mousse Cake
4/5 stars
Instead of humming and hawwing over what to get, I always get the item with the least stock haha. This was the last one so I thought "This better be good!" haha! And it was!! The mango jelly on top is rather sweet but didn't taste cloyingly artificial, which is awesome! The cake had a thin layer of mousse on the top which was super smooth and creamy. The cake base itself was super light, airy, and wasn't dense at all! It wasn't overly sweet either! This was a win :D 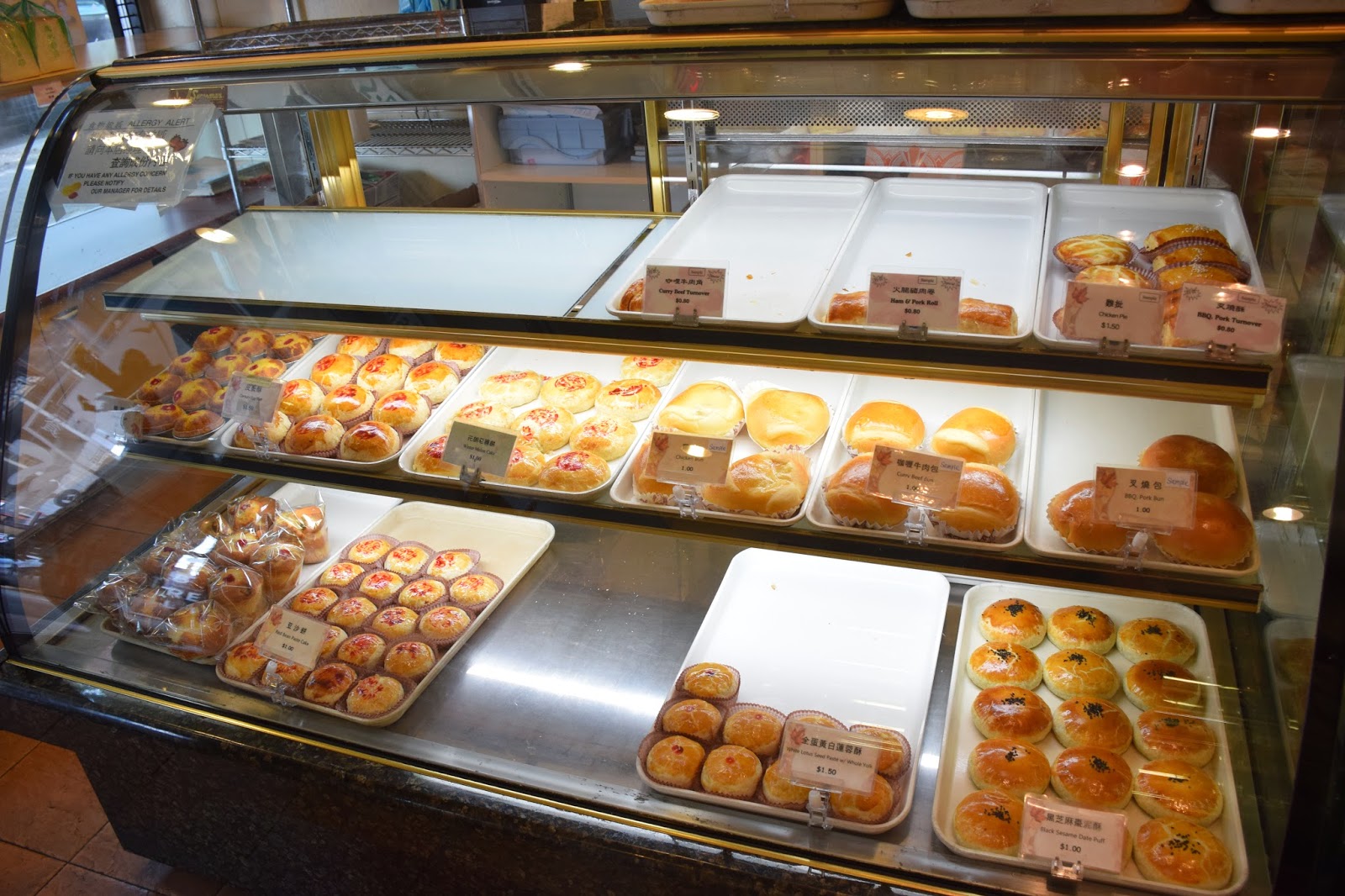 Here's a look at their sweet pastry section! 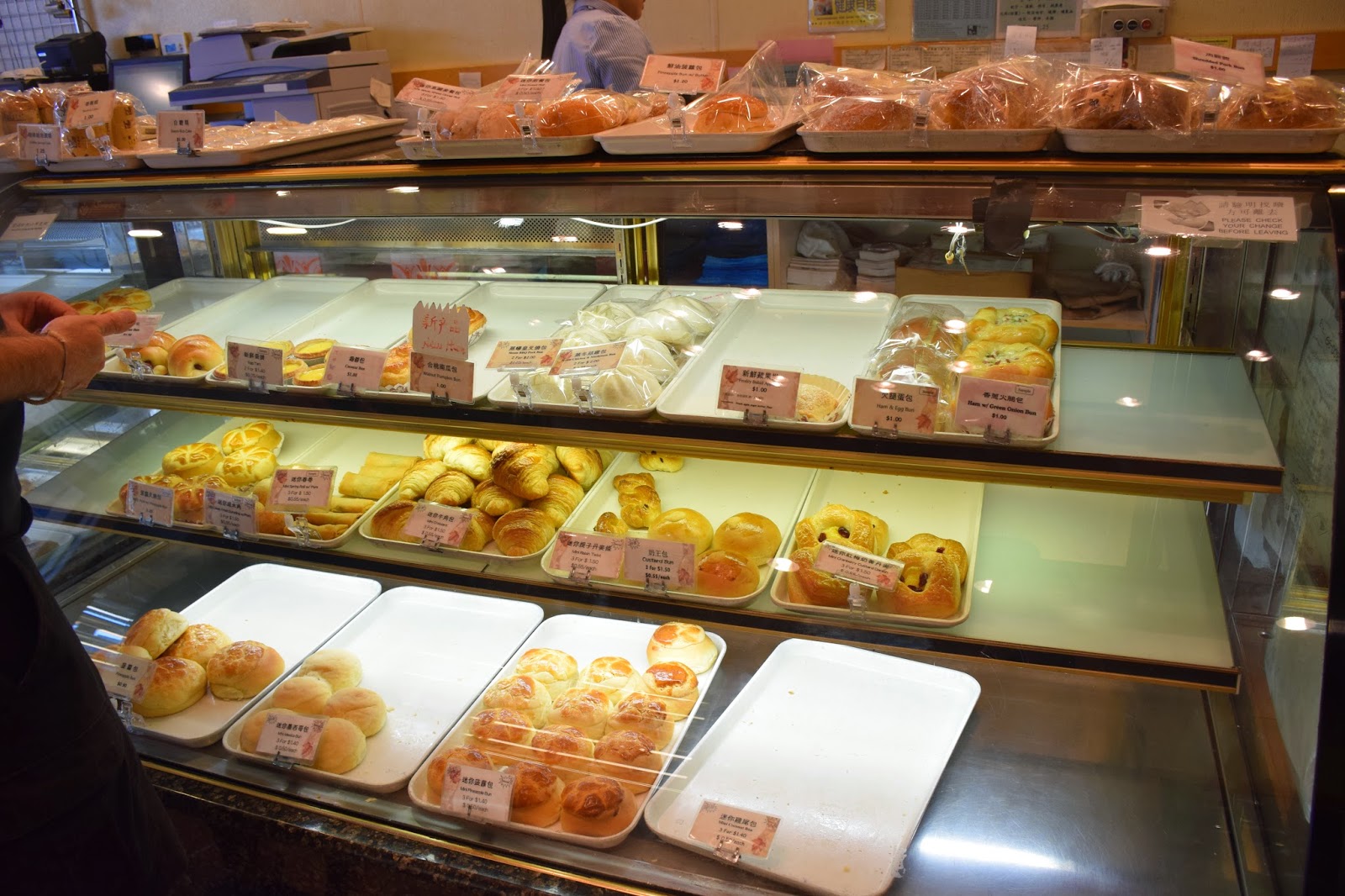 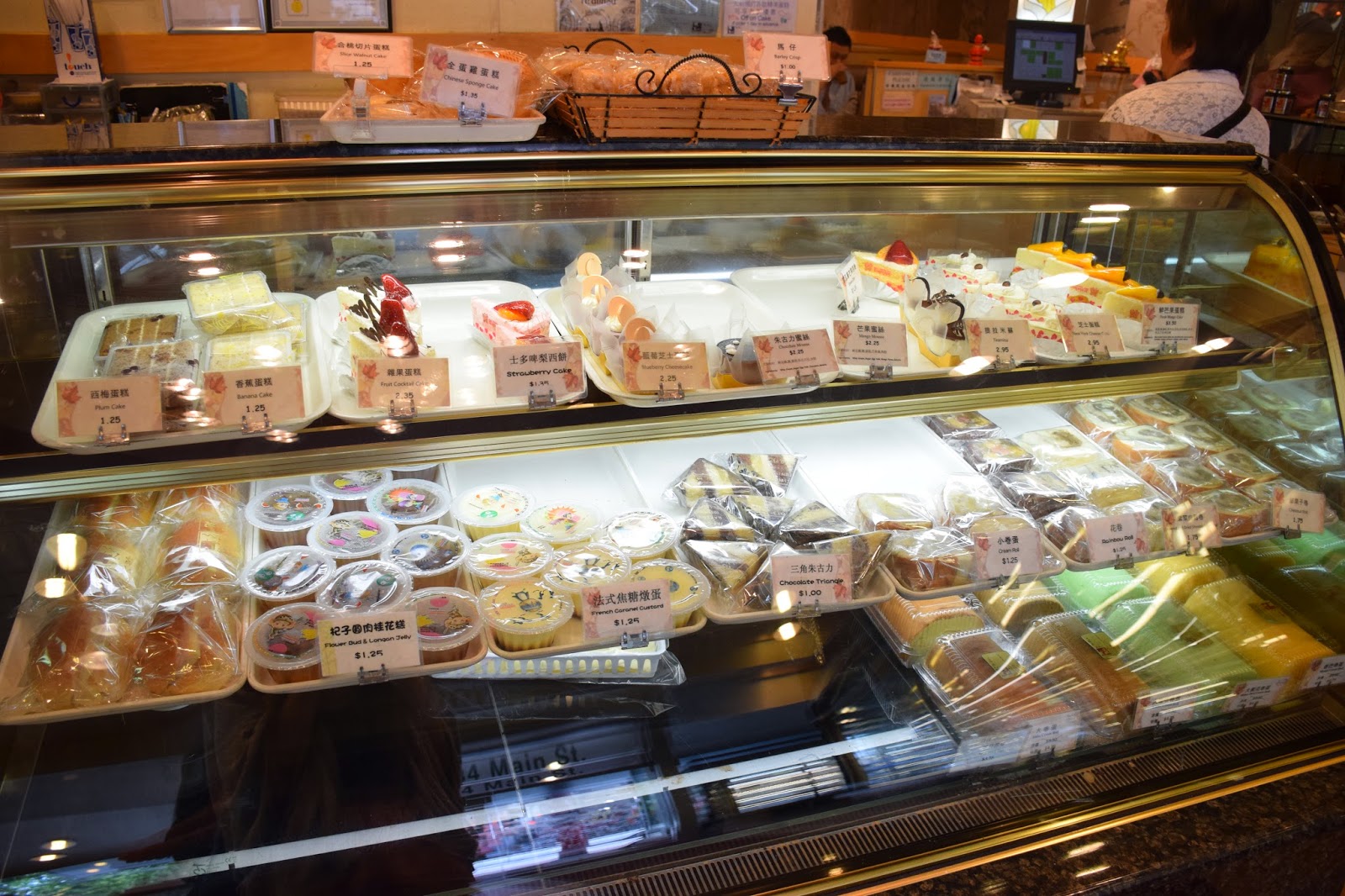 Cakes are the way to my heart :D