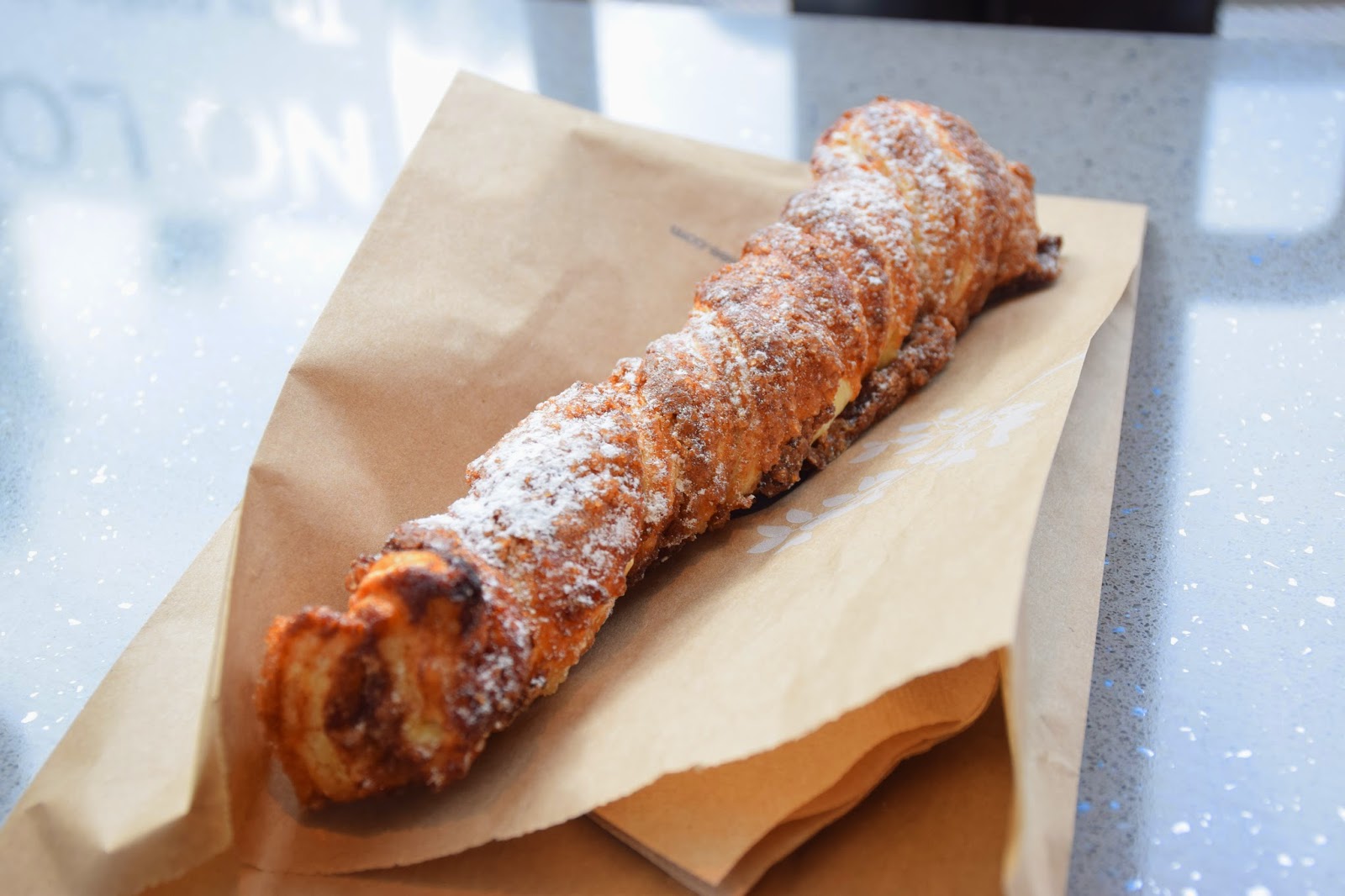 Waves still isn't as omnipresent as Starbucks in the coffee scene haha, but over the years quite a few locations have popped up throughout Greater Van. Waves is great for studying because it's less busy and a lot quieter than other places! Just spend some small change on some coffee and you can chill there the entire day haha!

3/5 stars
A cinnamon bun, in twist form! If you've ever dreamed of a crispy, flaky cinnamon bun, here it is! This would be a great alternative if you're craving a cinnamon bun but want something less carb heavy! It tastes exactly like a cinnamon bun, except much flakier in texture and more alone the lines of a croissant! It isn't too sweet and has some raisins in it too! 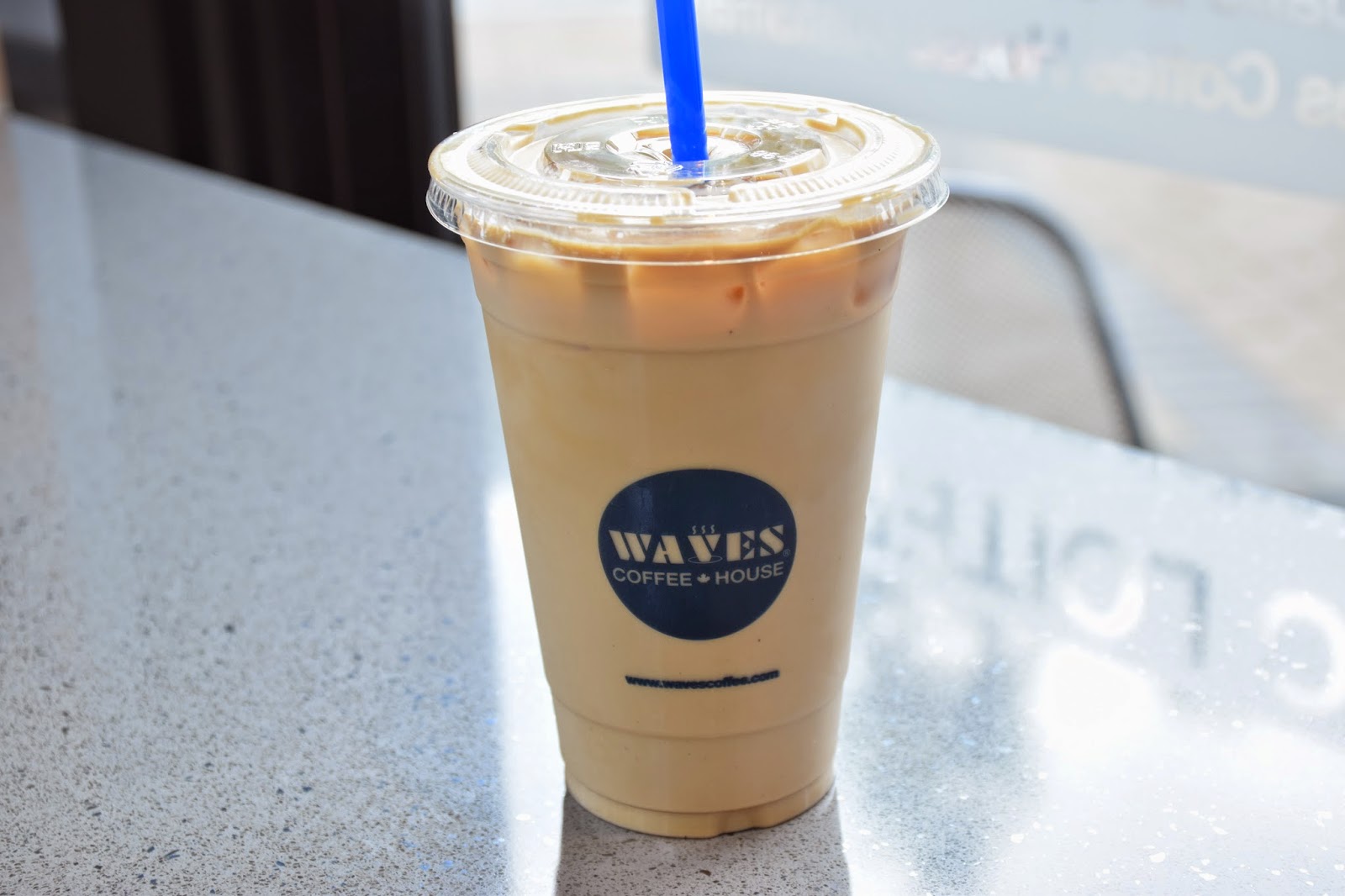 Iced Coffee
3/5 stars
This was actually rather pricey at $4.50 after taxes! I'm going to be honest, I'm no coffee connoisseur so you're going have to take my opinion with a grain of salt haha. I really liked this though! It was creamier and more potent than Starbucks, with a slight burnt aftertaste. It wasn't that sweet either, it was actually really bitter haha! 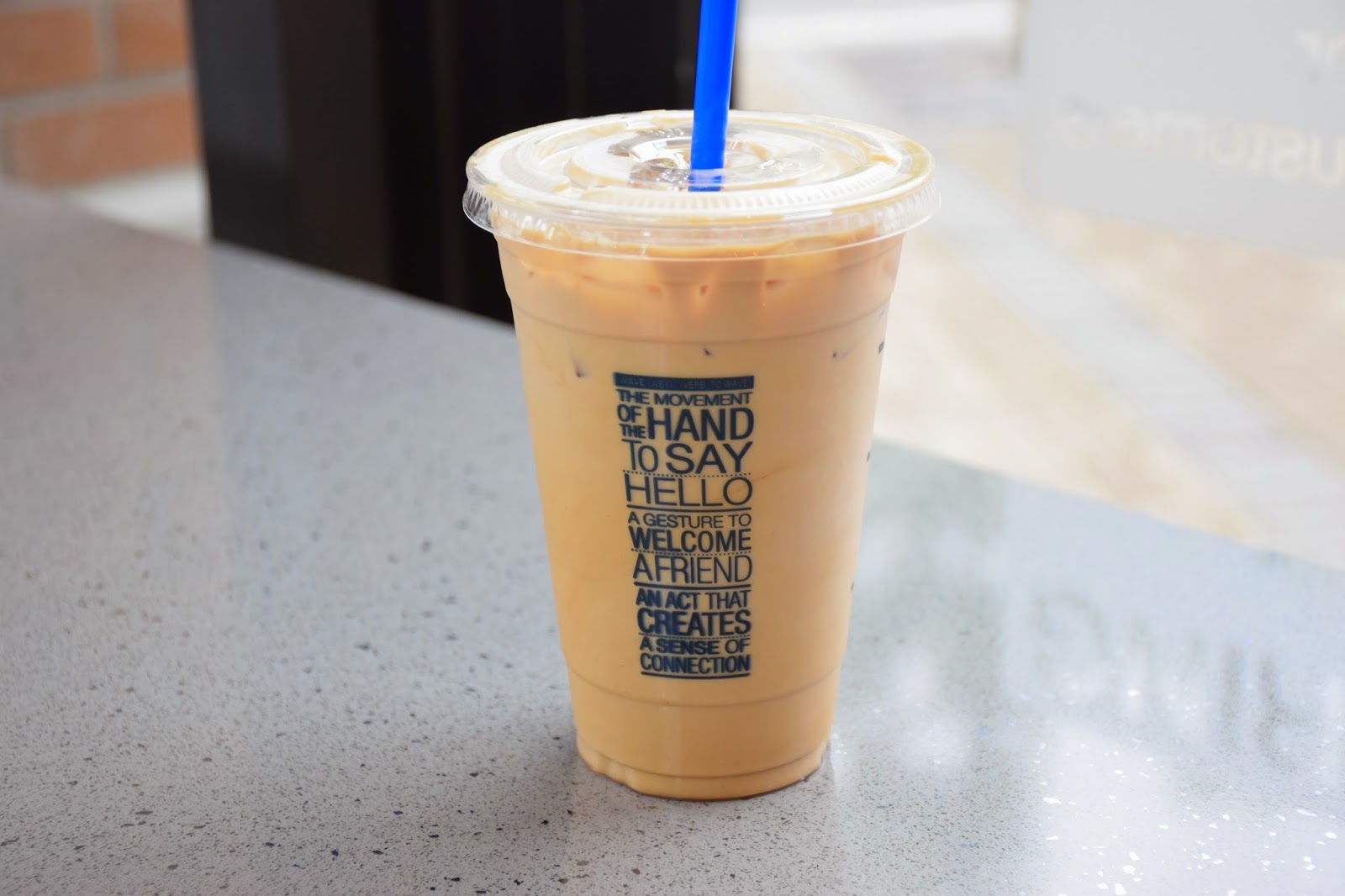 Maple Machiato
2/5 stars
If you blind folded me and asked me to taste this, I would probably think that this was the same drink as the iced coffee. Okay, they technically are the same drink haha, with the addition of maple flavouring. Either way, I couldn't detect any traces of maple flavour in it haha! After drinking it I got an allergic reaction, which I suspect may be due to the flavouring :(

For a chain store, Waves delivers! It's a no frills coffee shop which offers up some consistently decent pastries and coffee for munching on while doing your homework! :D