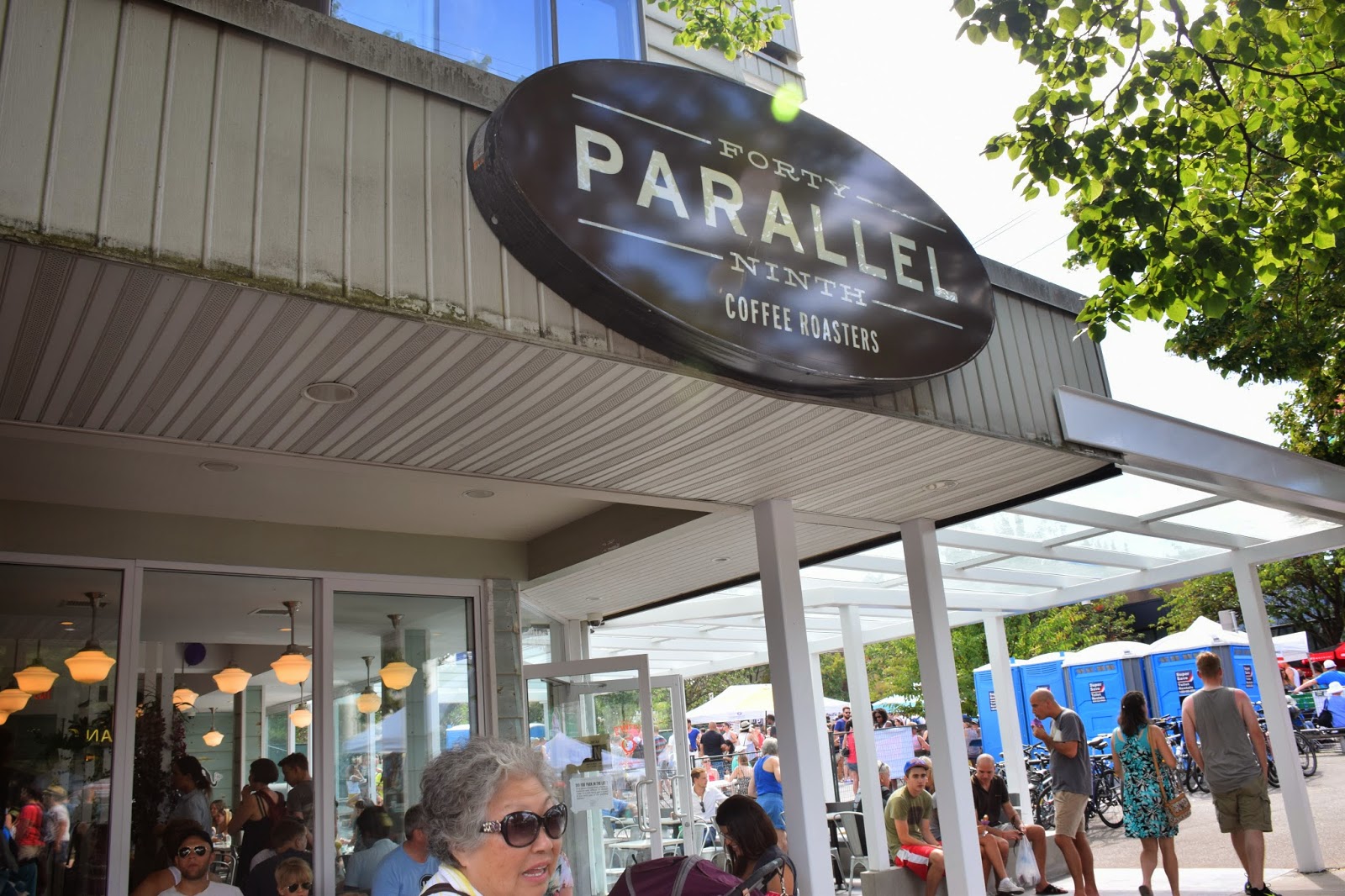 Coffee, love and donuts meet at the 49th Parallel! I was in the area that day for the Khatsalano party so how could I not stop in for some doughnuts? ;) I've been on a major doughnut binge lately hehe. Between Cartems and Luckys, it would be embarassing to admit how many doughbuts I have consumed in the span of two weeks haha! But no regrets hehe!!

Not only does 49th serve up some pretty killer coffee, you can get a Luckys donut to nosh on when you're sipping on your drink! They have a few locations inVan but I went to the one in Kits! This location has a smaller selection of donuts than their Fraser location, but still has a decent selection nonetheless! 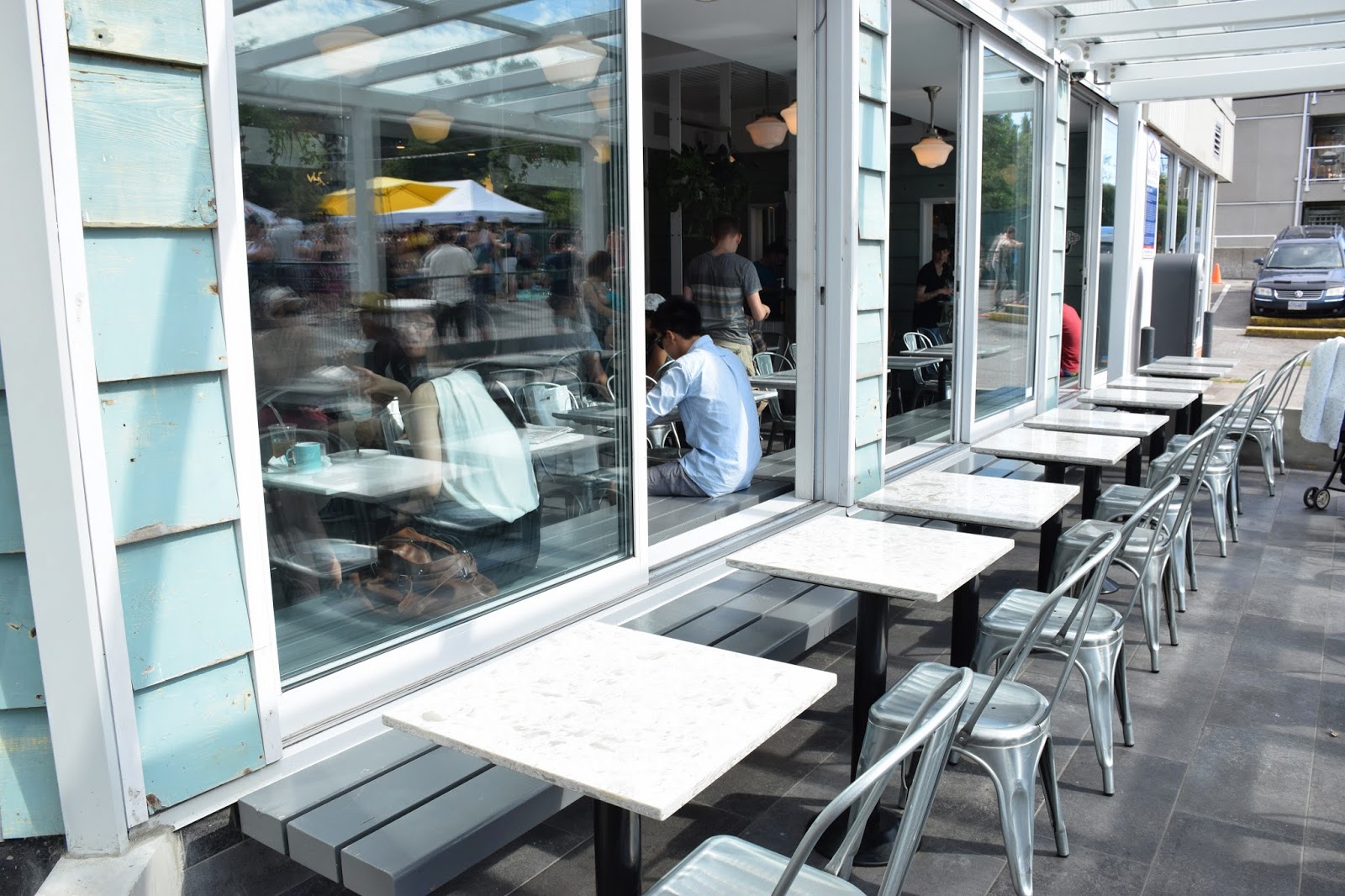 I love the colour scheme, it's similar to the one in my house! The patio is a great place to chill on a nice sunny day like this! :D 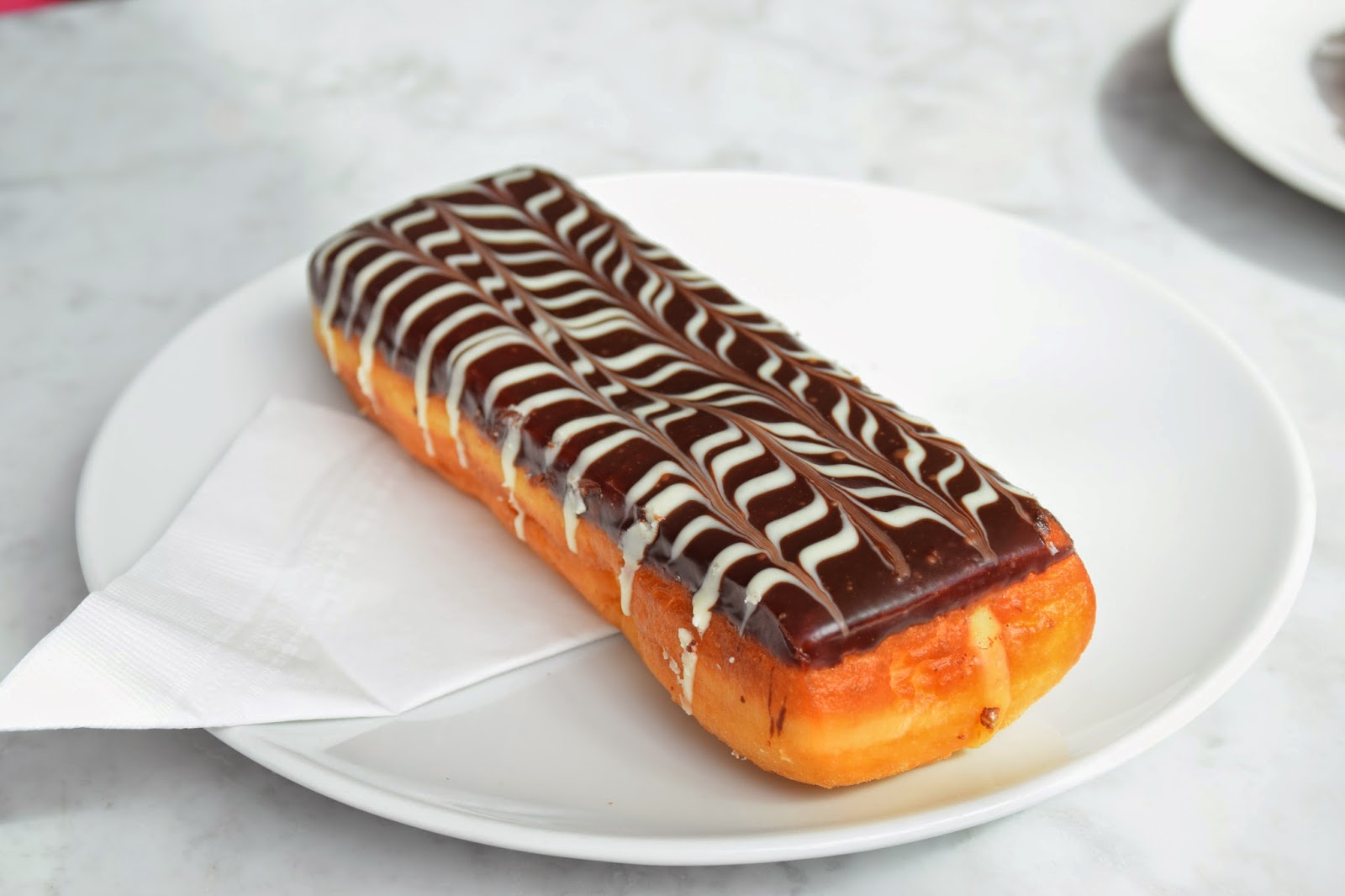 Long John
2/5 stars
This is probably the classiest long john your pupils will ever see haha! Not going to lie, the pattern may or may not be the only reason I bought this ;)
I find Lucky doughnut's to be more dense and cake like in texture. I personally prefer fluffier, airy doughnuts, but that's just my personal preference. It had a whipped custard filling that was subtly sweet. The chocolate overlay, while aesthetically pleasing, didn't add much flavour to the overall long john. 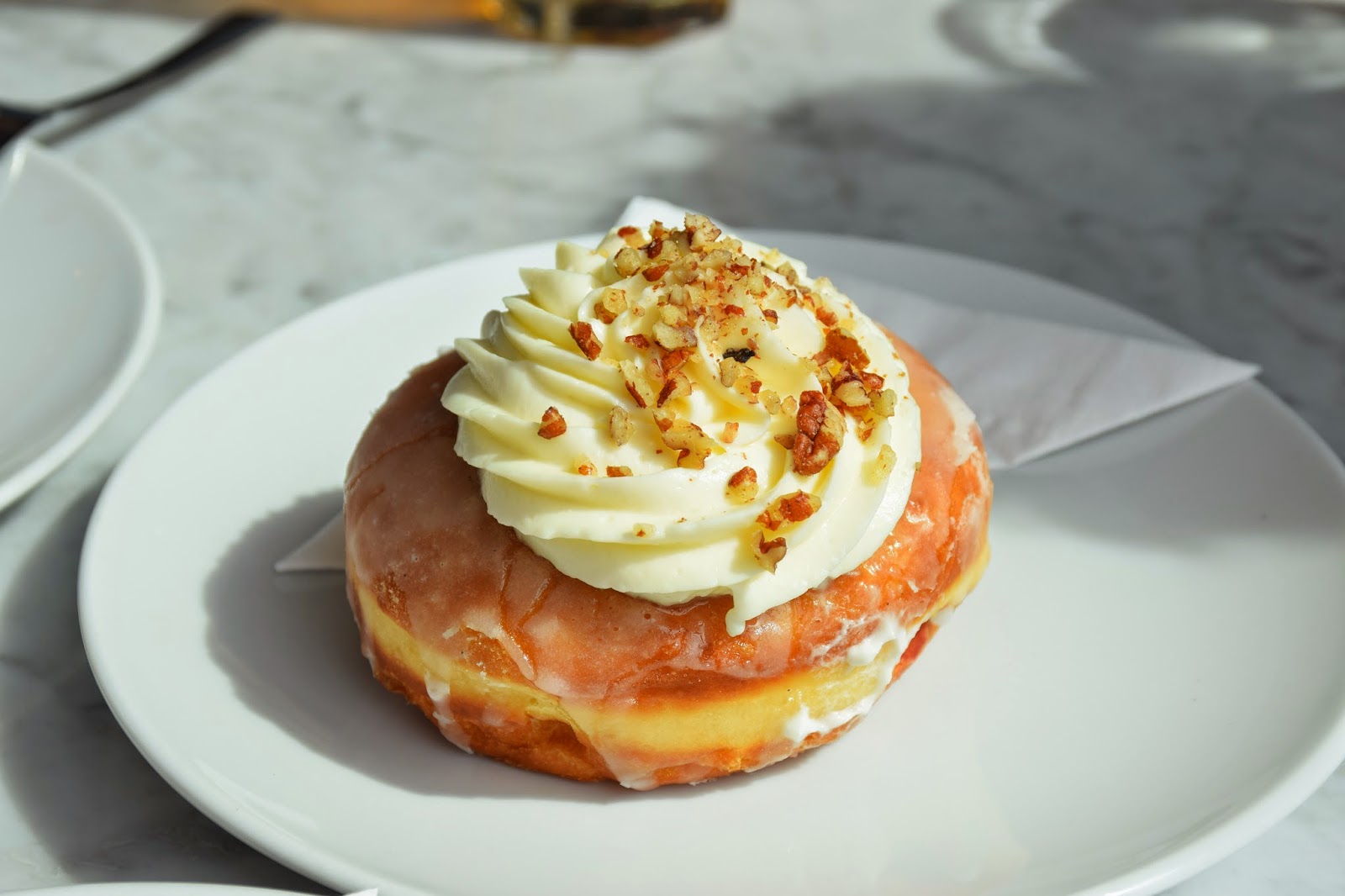 3/5 stars
Even though I'm allergic to the walnuts I ordered it anyway and scrapped off the walnuts haha! The donut has an oozing centre of blackberry jam, made from real fruit puree, and subtly sweet. The entire donut is glazed in a sugar coat, finished with soft pillowly whipped cream on top! 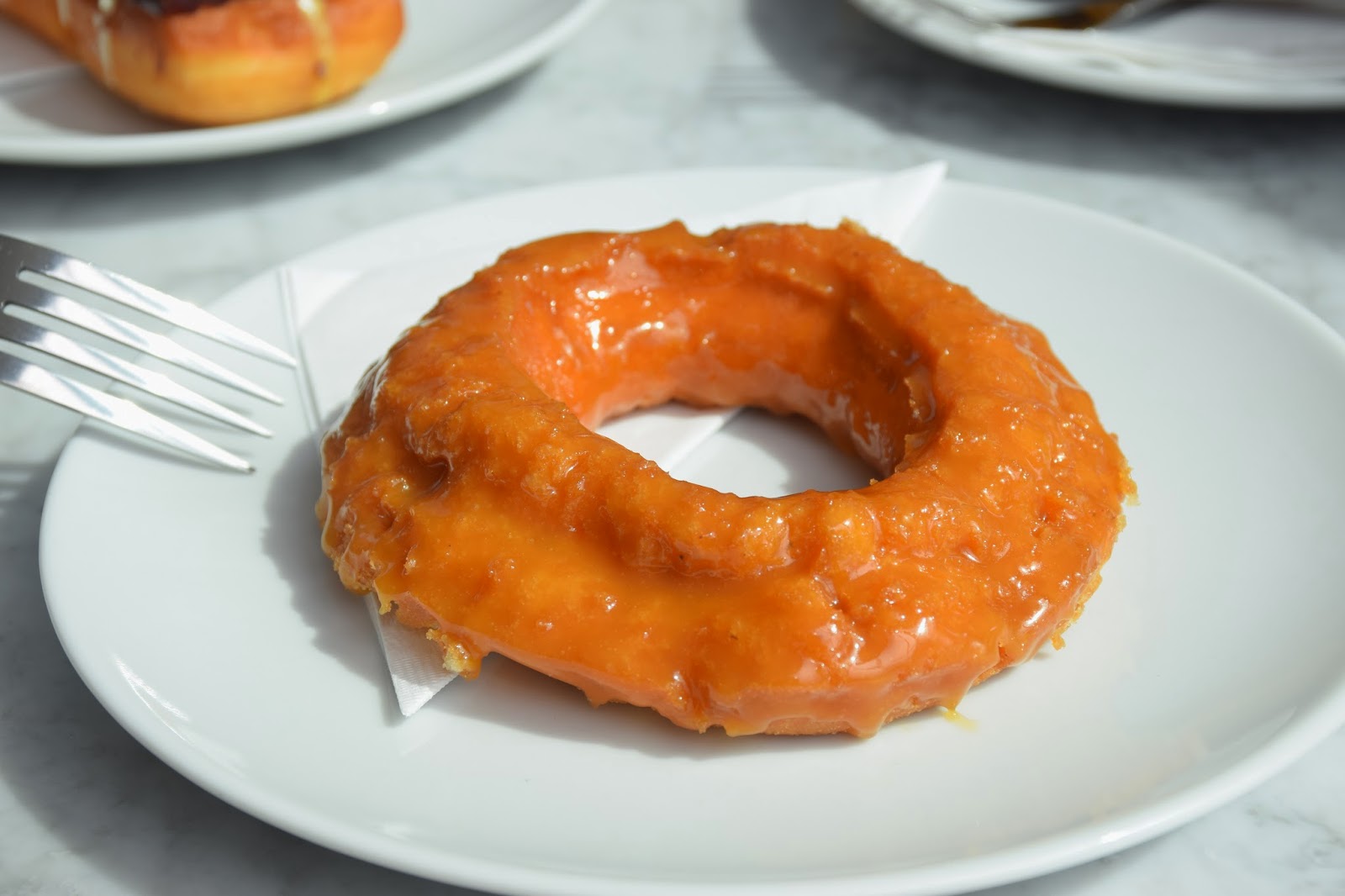 Salted Caramel
3.5/5 stars
This was definitely the densest doughnut out of the 3! The salted caramel is one of their most popular flavours! Flavour wise I would give it a 3.5 but dough wise a 1.5. The dough itself was actually dry and hard, which I found odd considering this should be the doughnut with the highest turnover rate! It definitely would have been better if it was softer in texture! The exterior of the donut is caked in a honey like glaze. The caramel element wasn't particularly evident, but the salt flavour was definitely there. 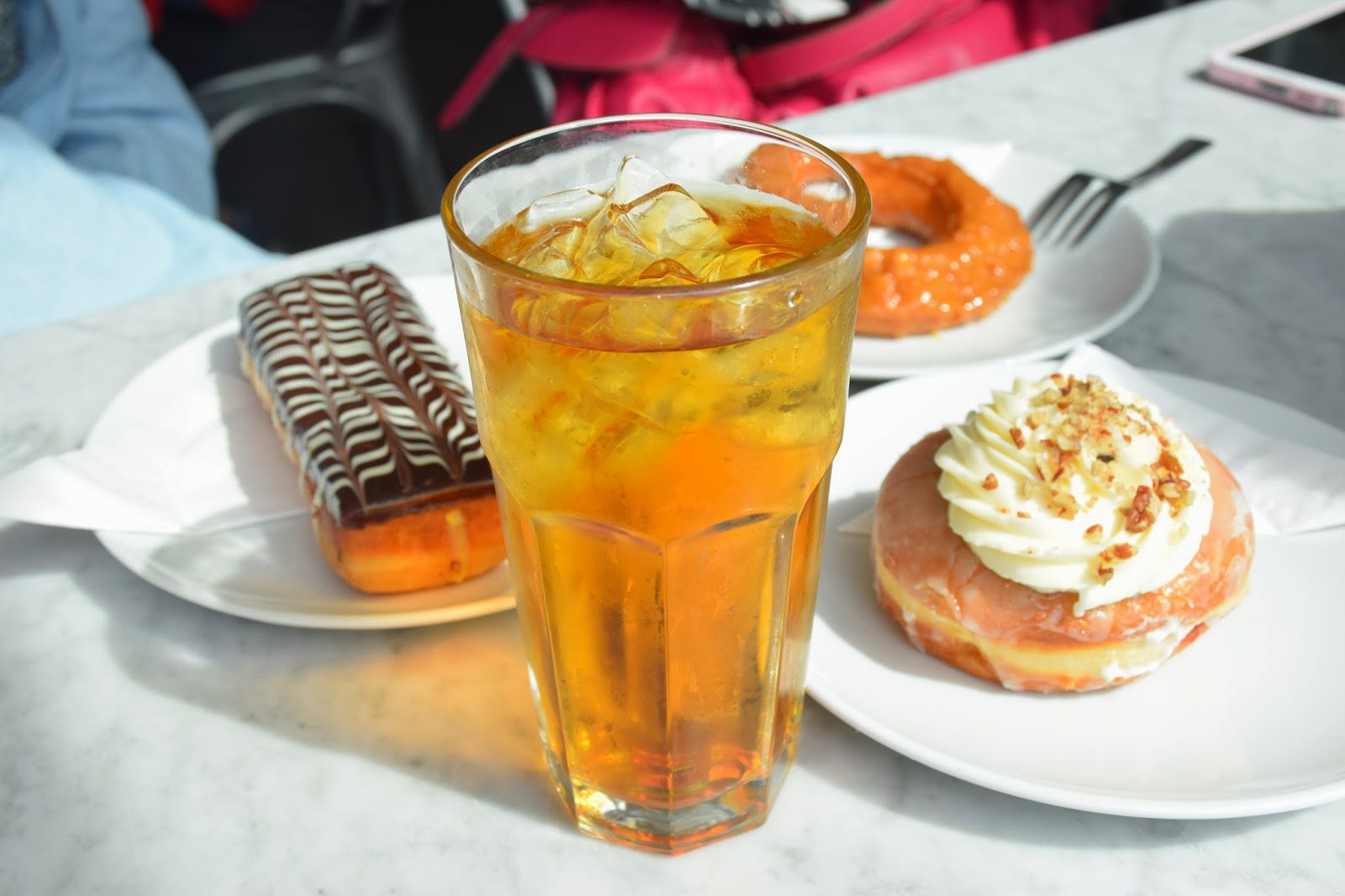 Iced Tea of the Day
3/5 stars
It was a boiling 30 degrees outside haha, so of course I had to order an iced tea! This was a black tea, with layers of depth and bitterness! I like how they don't add any sugar to this so the flavour isn't masked by sweetness! 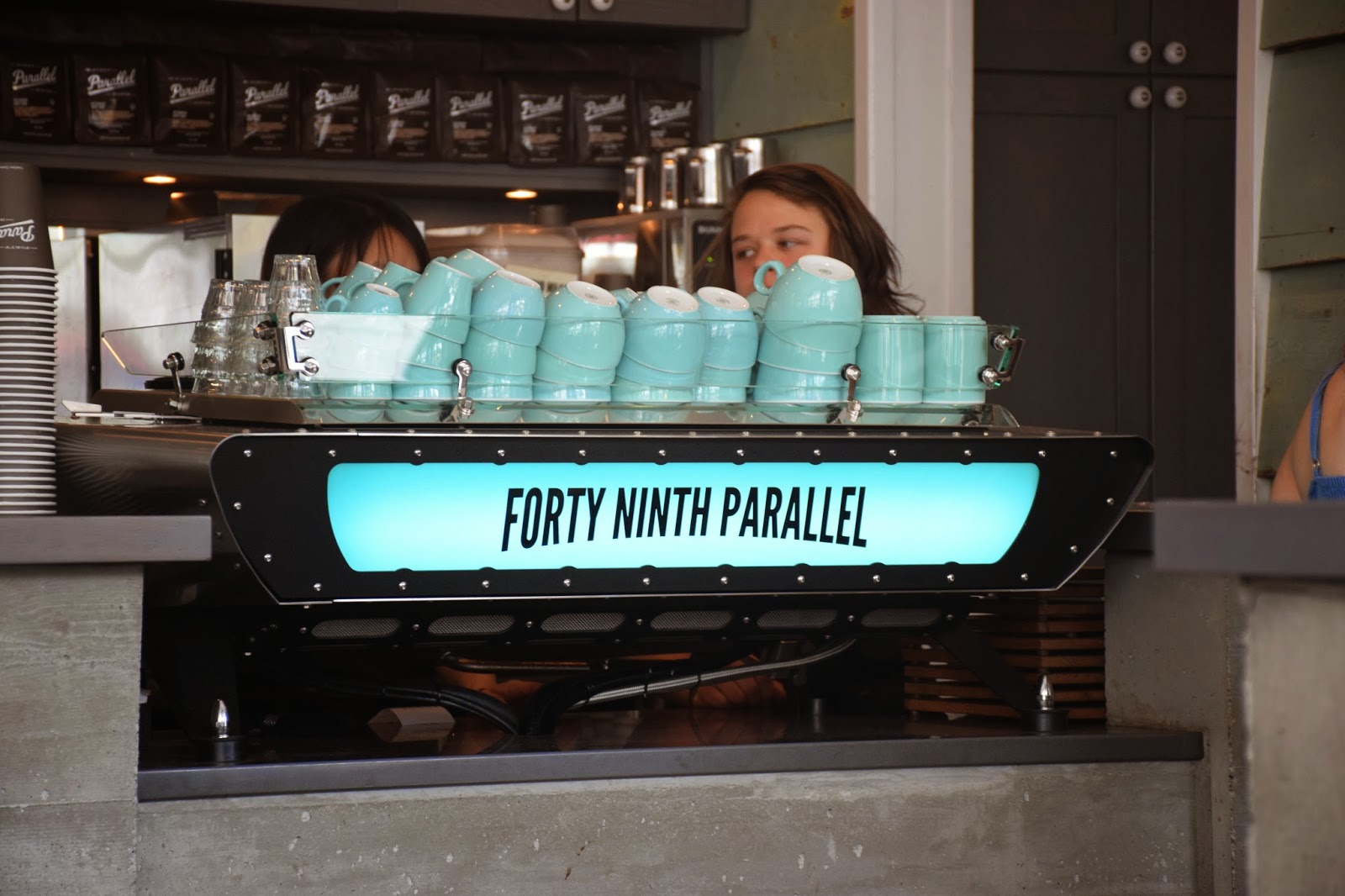 The famous teal cups! Yes, I have a habit of taking creeper photos like this :P 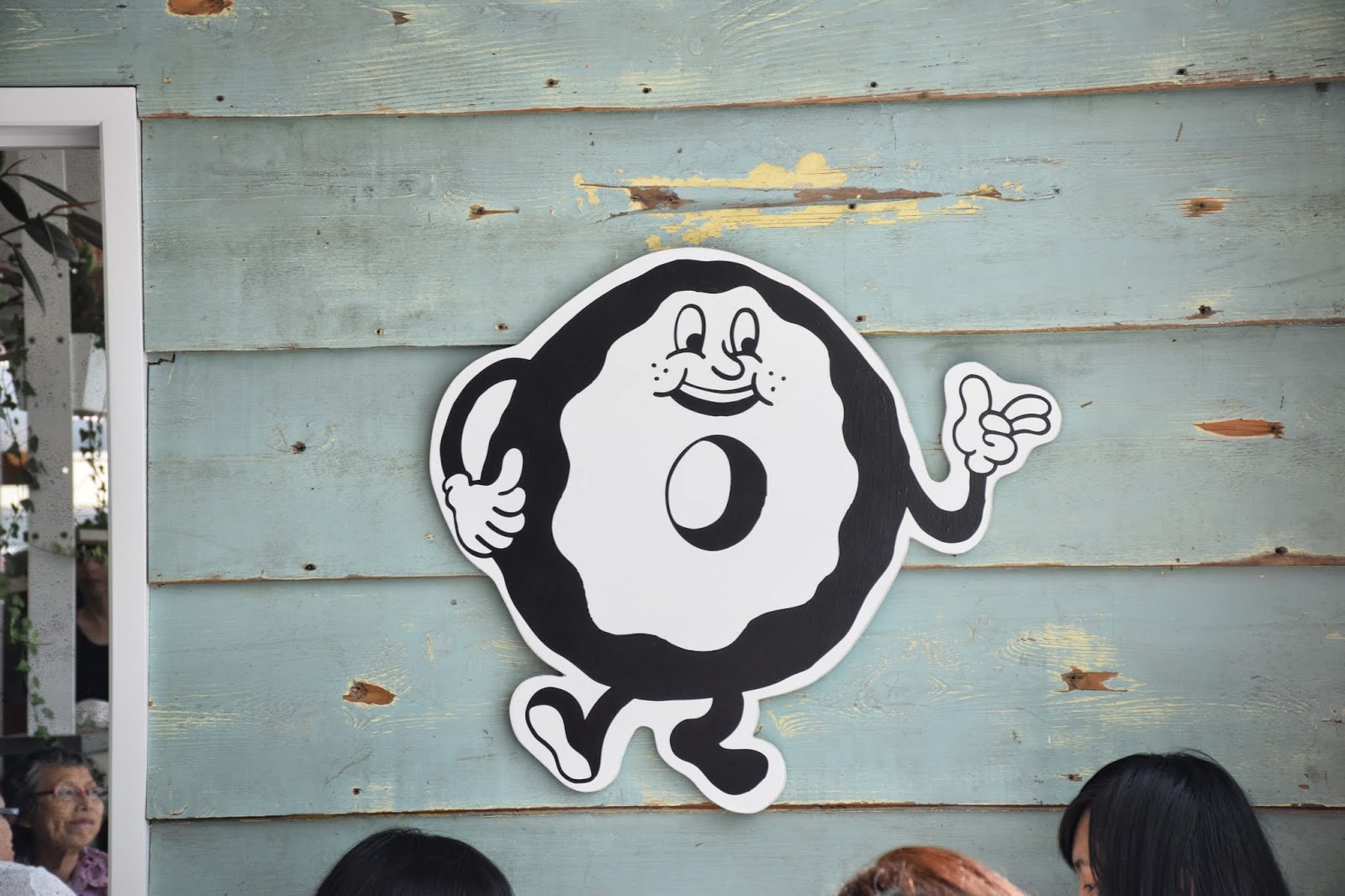 "Heyy, wanna get lucky?" - Donut Mascot.
For some reason I think their mascot would do extremely well as an animated cartoon haha! Who's with me? Right?? I mean, who wouldn't love a talking doughnut?