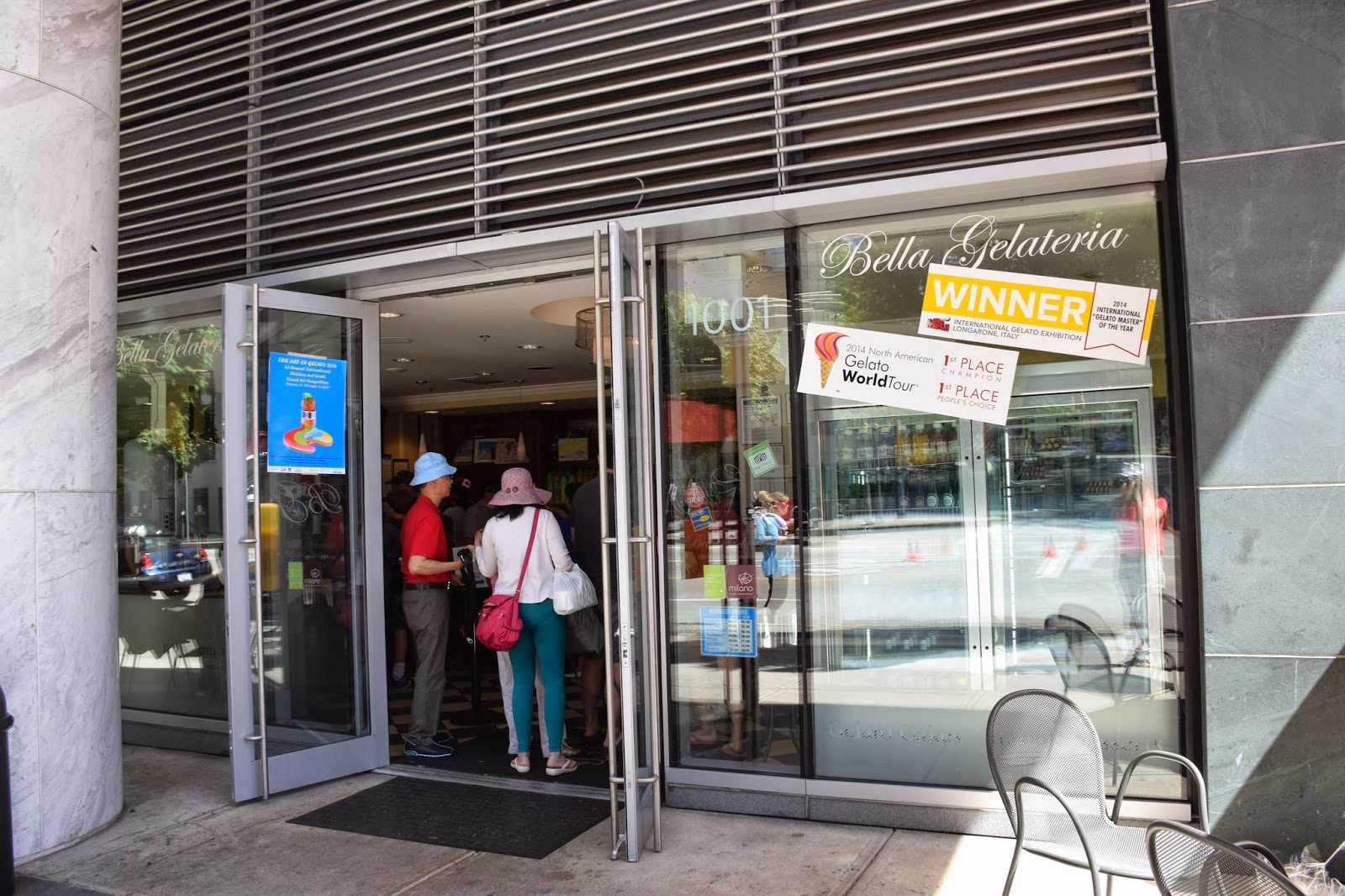 I'm going to be honest with you guys, I'm not much of an ice cream person, I would rather spend my calories on cake haha! But Bella Galeteria totally converted me hehe. If I have to eat ice cream, let it be from Bella or Earnest! :D Who's with me?

There's been so much hype surrounding Bella that I just had to go try it haha, because I always succumb to hype. And this was before I had lunch haha!! Hey, logic doesn't always have to prevail!

I thought it was pretty impressive how they won double gold at a gelato contest in ITALY haha, the birthplace of gelato! That would be like winning a sashimi contest in Japan, which would be no easy feat!
If their gold medal status isn't enough to reel you in, how about their lineup exotic flavours that you've probably never tried? Akbar Mashti or Banana Bread anyone?

They even have some sorbets options for those of you who are lactose intolerant or vegans! I know I would have greatly appreciated it back in the day (8 months ago, to be precise haha) when I was still allergic to dairy! 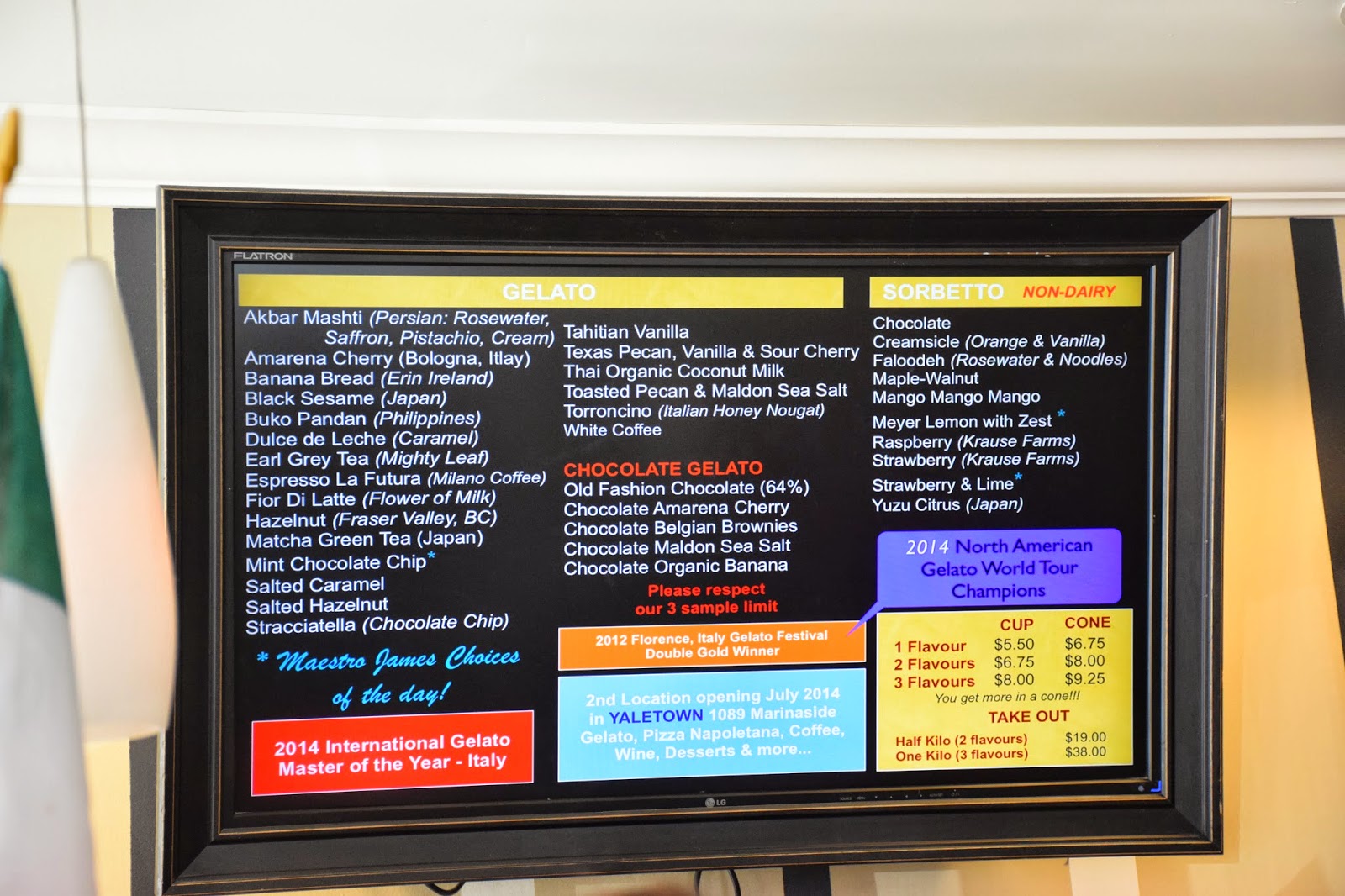 "Please respect the 3 sample limit." hahaha! Butttt, it's so hard to choose!! ;) 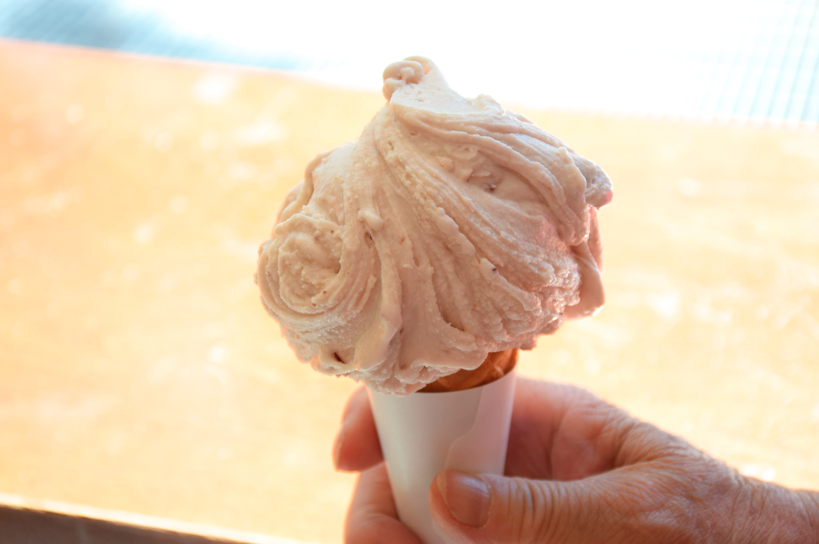 Amarena Cherry
4/5 stars
I really wanted to try the Akbar Masti, but sadly, I'm allergic to pistacio, so those plans went down the drain haha! I know a lot of people don't like cherry flavoured sweets, because they tend to taste artificial, but this didn't at all! There was definitely still some cherry flavoured additive in it, but it wasn't  overwhelming to the point where it tasted like cough drop syrup haha! The ice cream itself was so smooth, creamy, decadent, and just amazing!! There were bits of cherry in it, with the perfect amount of sweetness! Sidenote: Has anyone noticed that ice cream is sweeter when it's melted? Apparently taste buds work better at warmer temperatures, and go numb at colder temperatures! 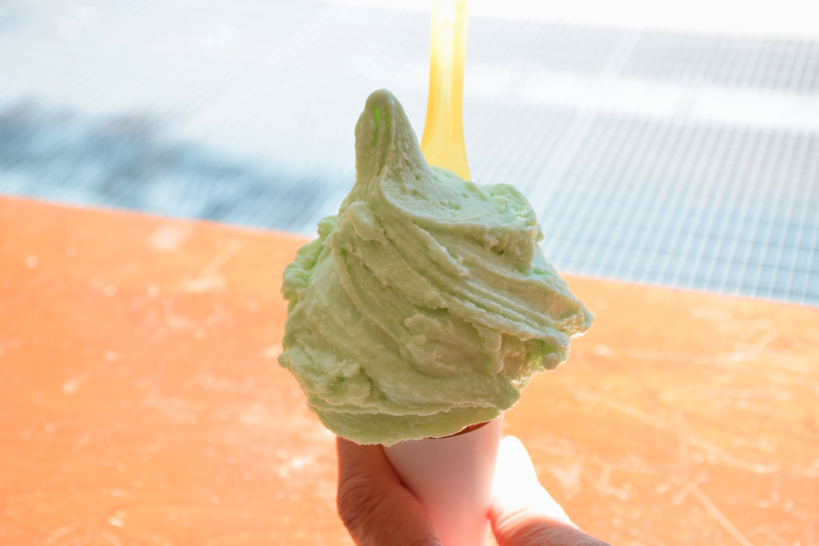 4/5 stars
Buko Pandan is actually a filipino dessert made with young coconut and shrewpine leaves! You guys know I love anythingg and everything coconut, so of course I had to get this hehe! The coconut flavour was really intense, with hints of shrewpine in it!

I don't think you can go wrong with any of the flavours at Bella, because they're all amazing!! Heck, you'll probably end up with something you like even if you chose blindfolded haha!