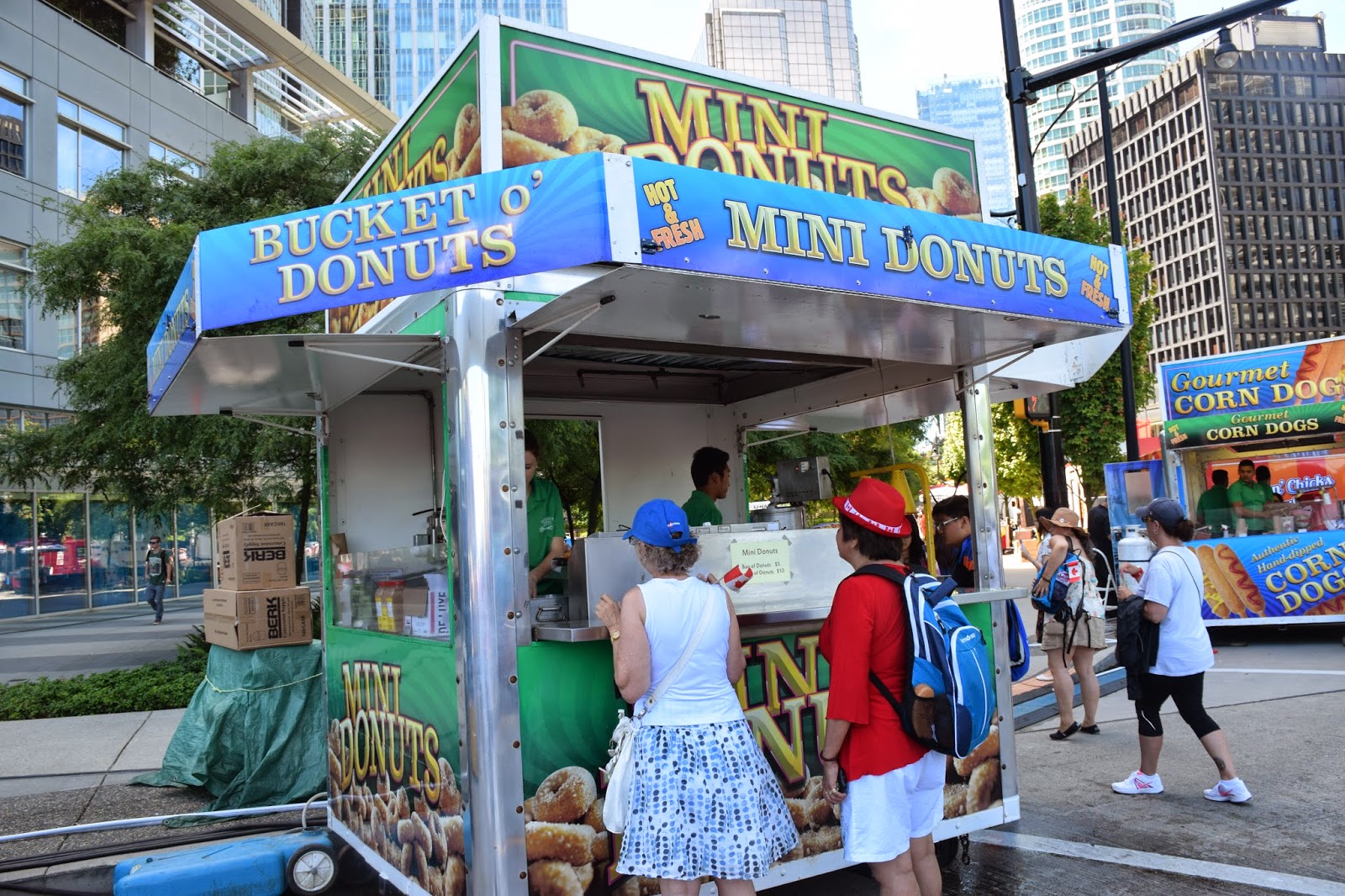 Happy Belated Canada Day everyone!! I hope you all had a great time with all the festivities, parties, and fireworks downtown! I vividly recall going to Canada Place every year on the 1st of July with my parents when I was younger, getting face paintings, and free Canada flags haha! Ah yes, those were the good ol' days haha. Things haven't changed much since then, I still go with them every year :D Like last year, there was a hub of food vendors near Canada Place so of course I had to go and check it out! 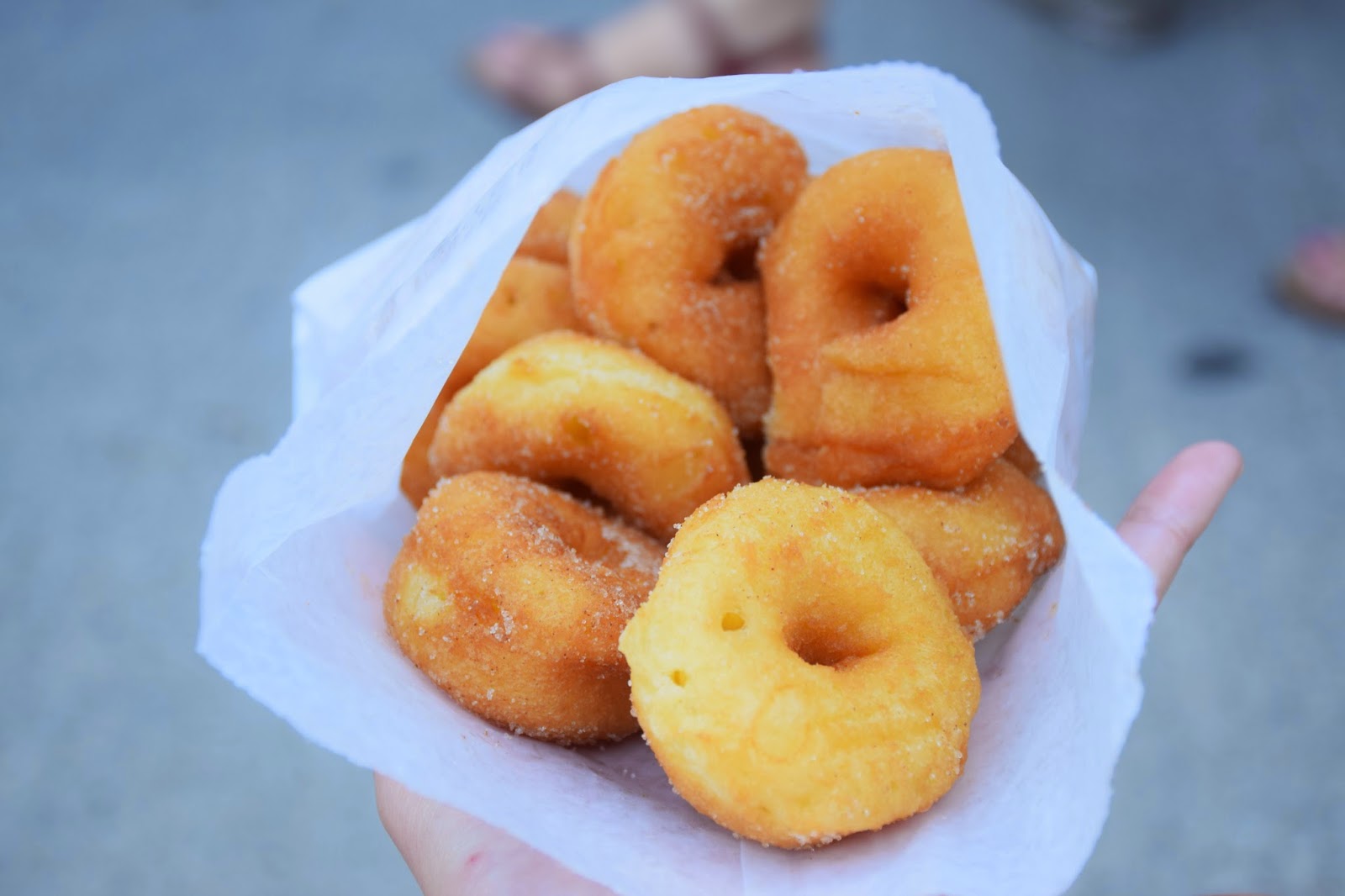 What's Canada day without some cheesy fair food? haha! You know what that means right? Yep... ...mini donuts! I saw so many people walking around with these I just had to get some haha!! After tasting gourmet donuts, these things just aren't the same haha! The doughnuts were rather plain and lacking in the flavour department. The only prominent flavour was the sugar that had been dusted on top! They're still cute to look at though ;) 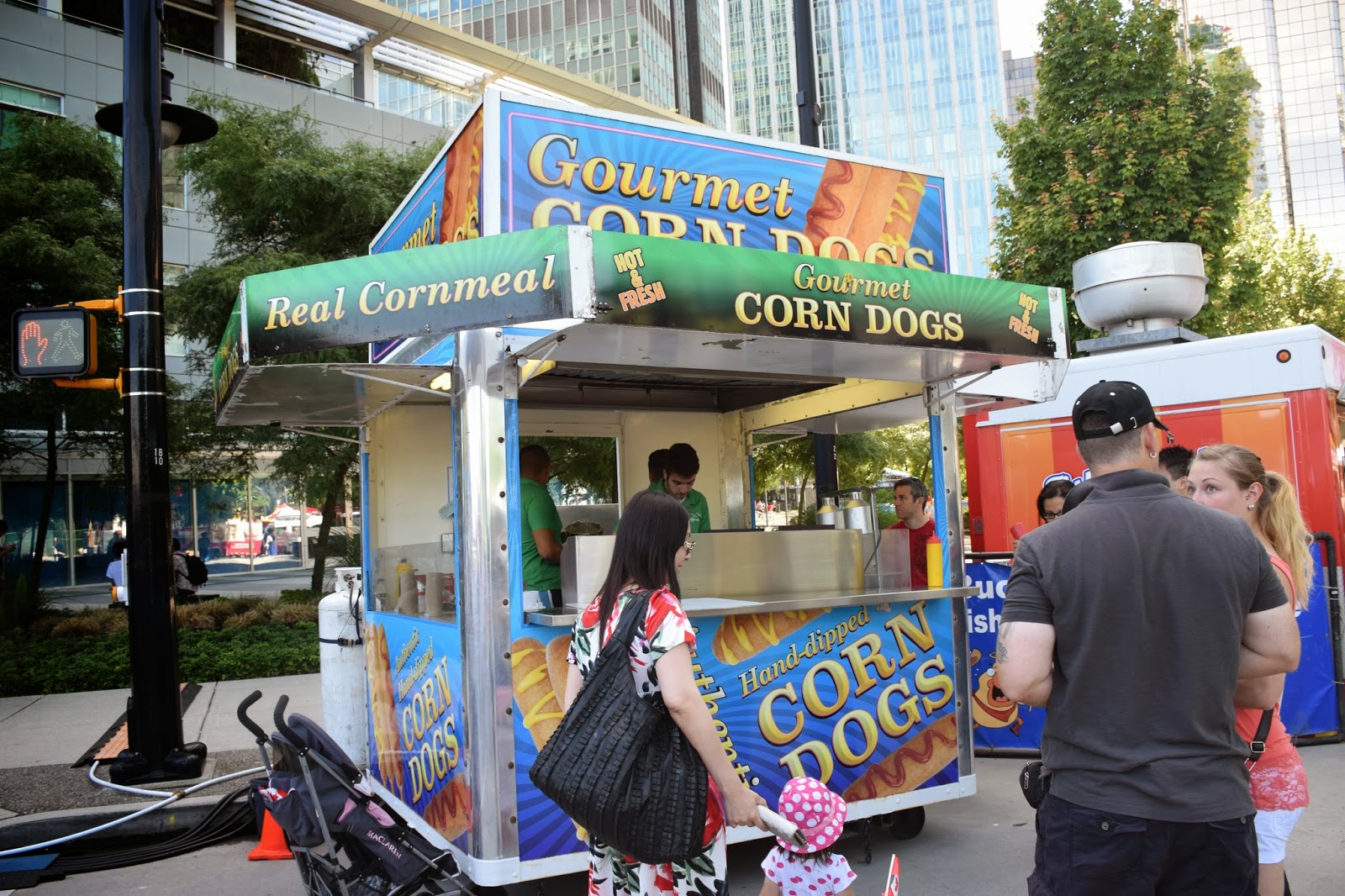 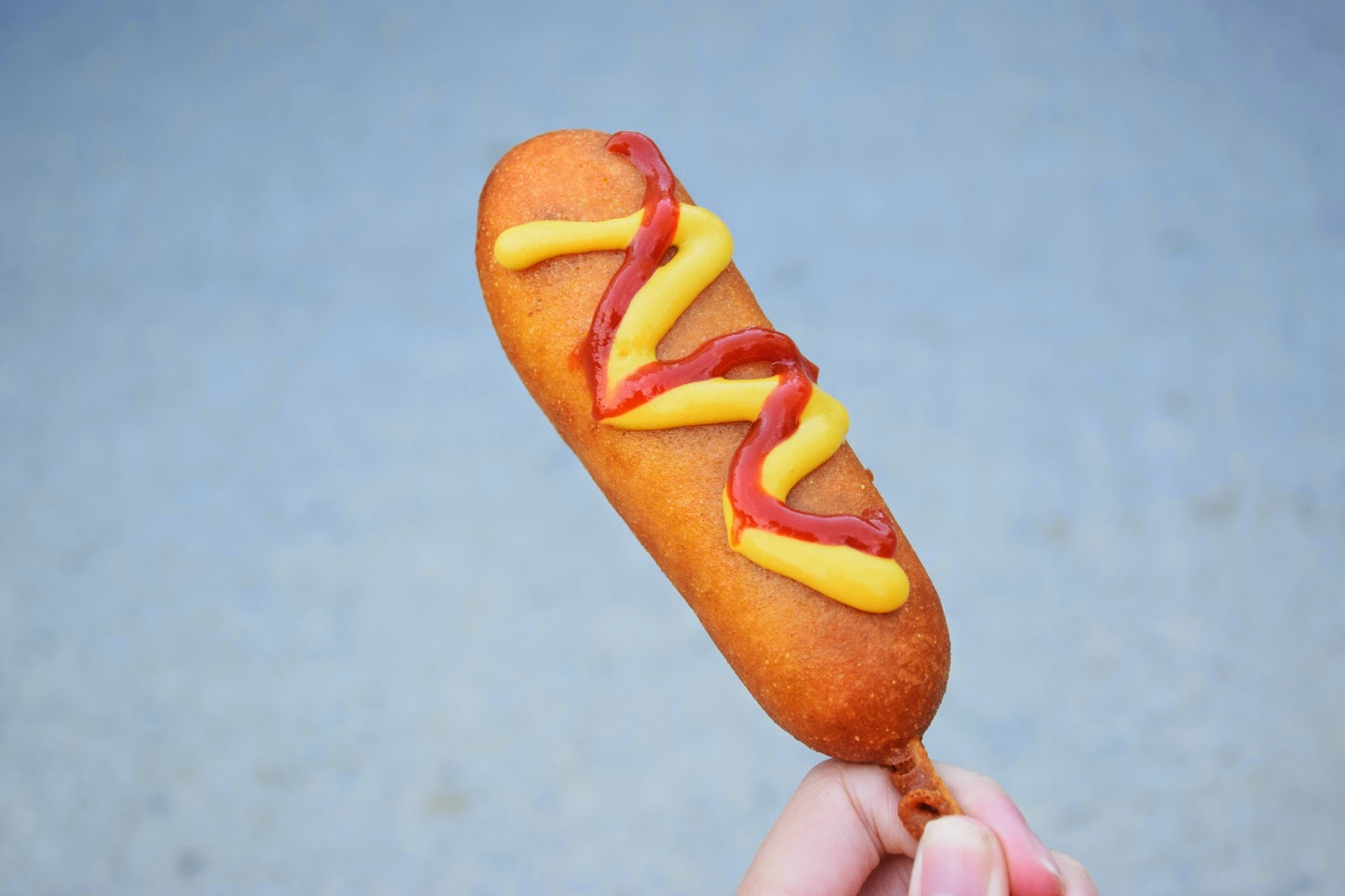 Corn Dog
2/5 stars
Another fair favourite...corndogs! The lineup for this stall was actually absurdly long! The people there were so nice though! They advertise these as "gourmet" because they're hand dipped, but c'mon, we know better haha! This was your standard corndog on a stick! The exterior corn batter was crunchy and fragrant. The hotdog itself actually wasn't bad, it actually tasted a bit like turkey haha! 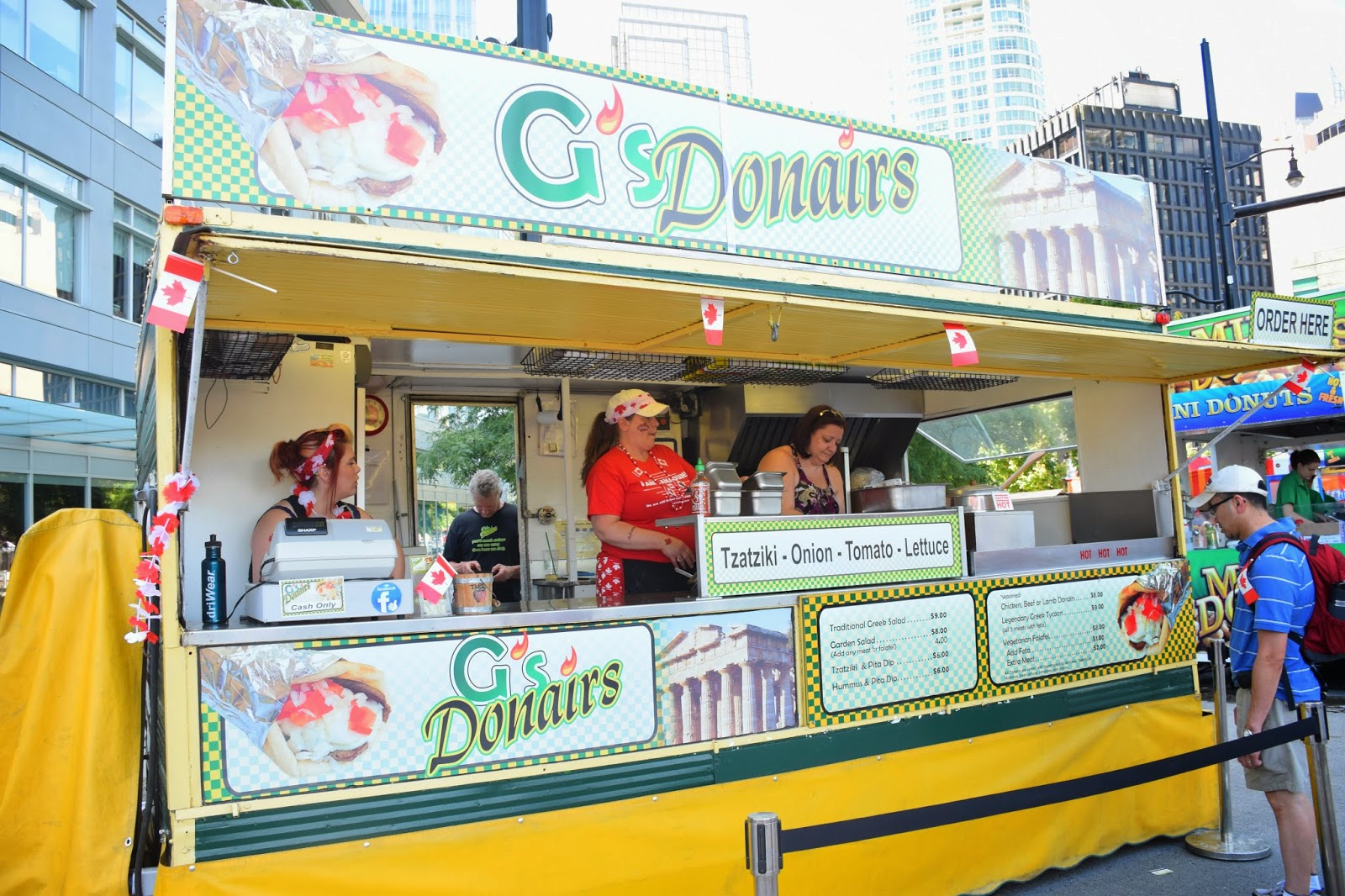 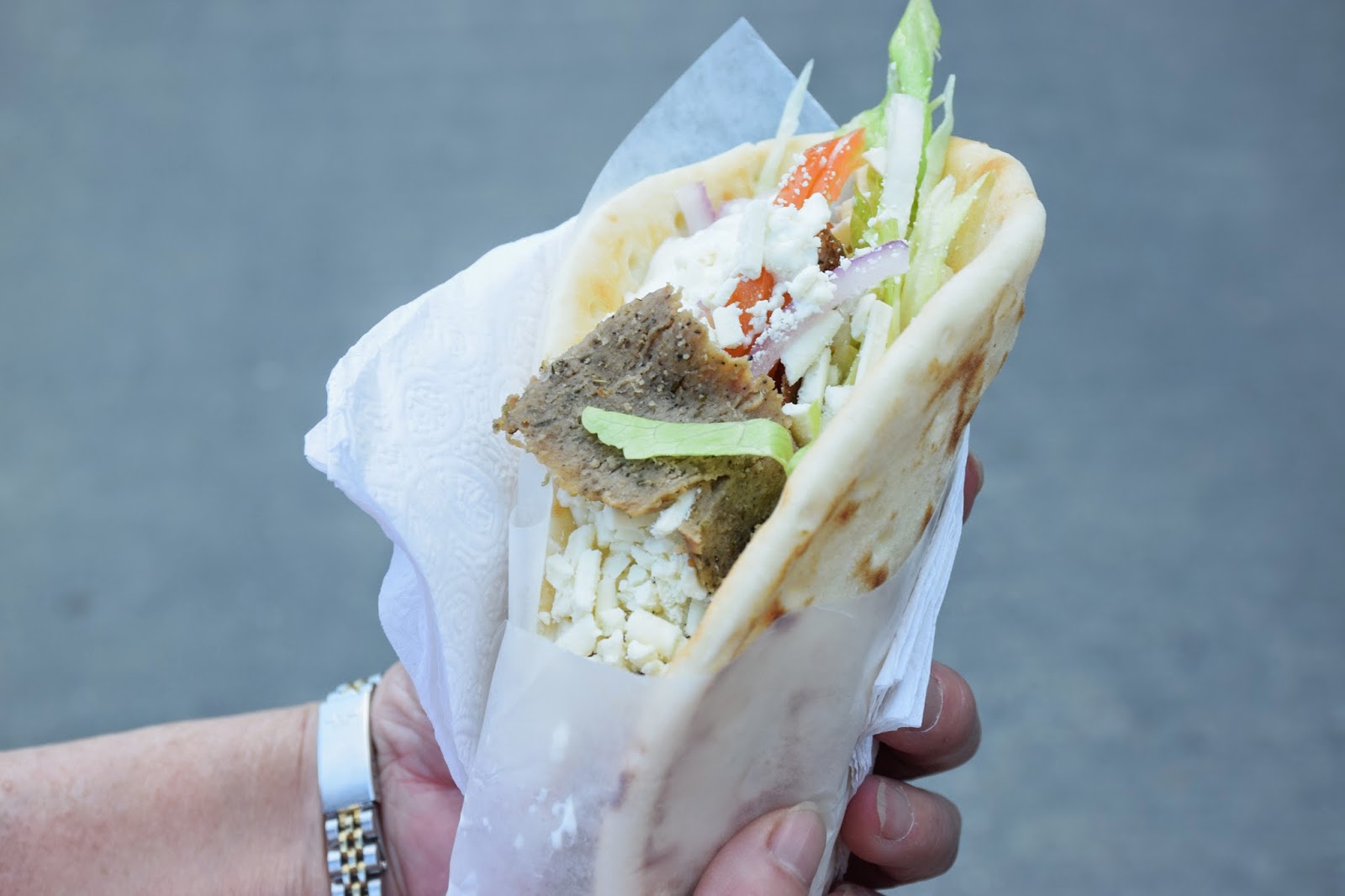 Legendary Greek Tycoon
3/5 stars
The tycoon consists of 3 different types of meat: beef, chicken, and lamb! There were ample amounts of feta cheese and sour cream! The meat was sliced rather thin, but reasonably tender and flavourful! The bread was soft and doughy, with some charring. 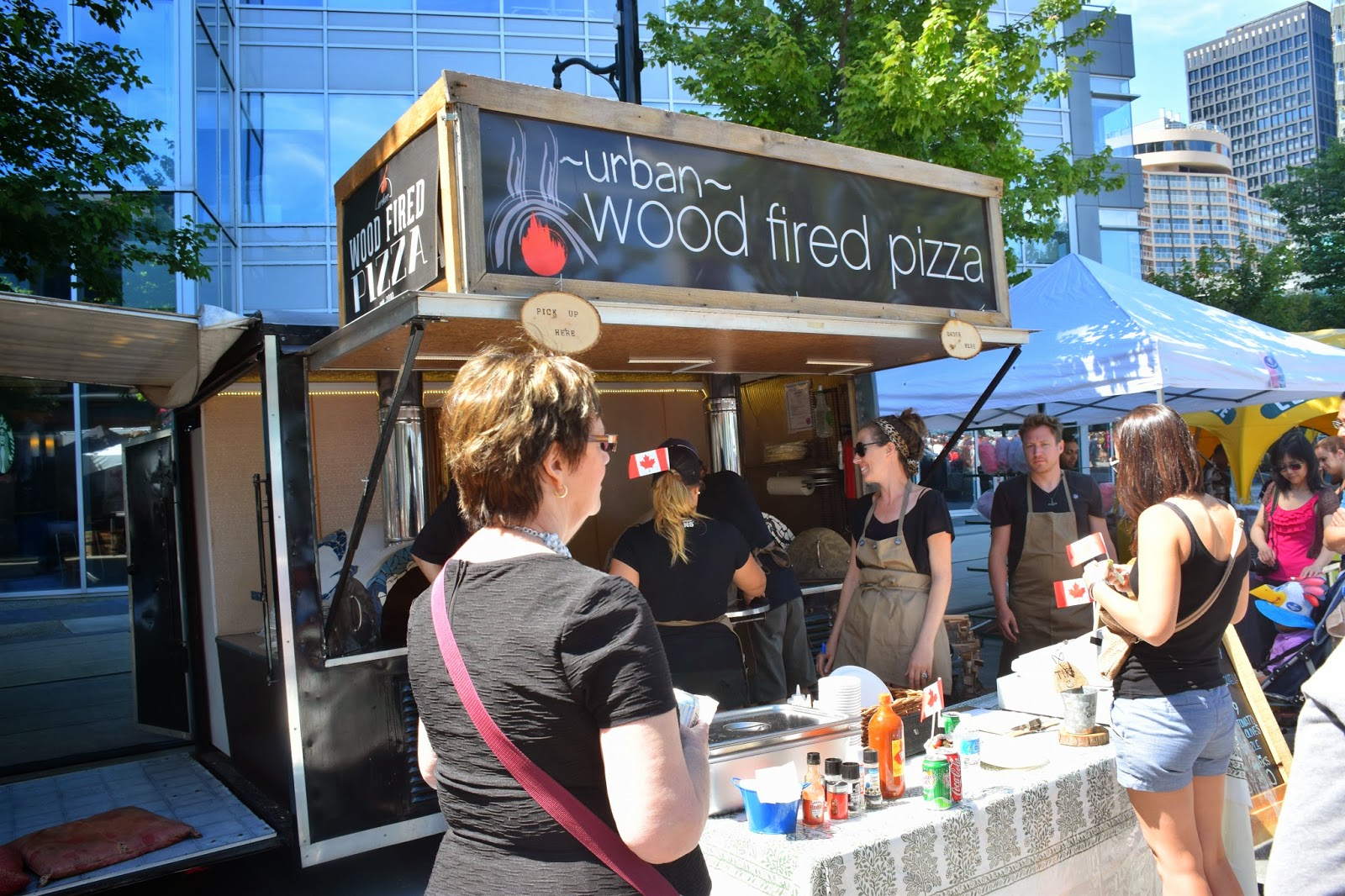 I wanted to try this out haha...but wasn't really in the mood for pizza! 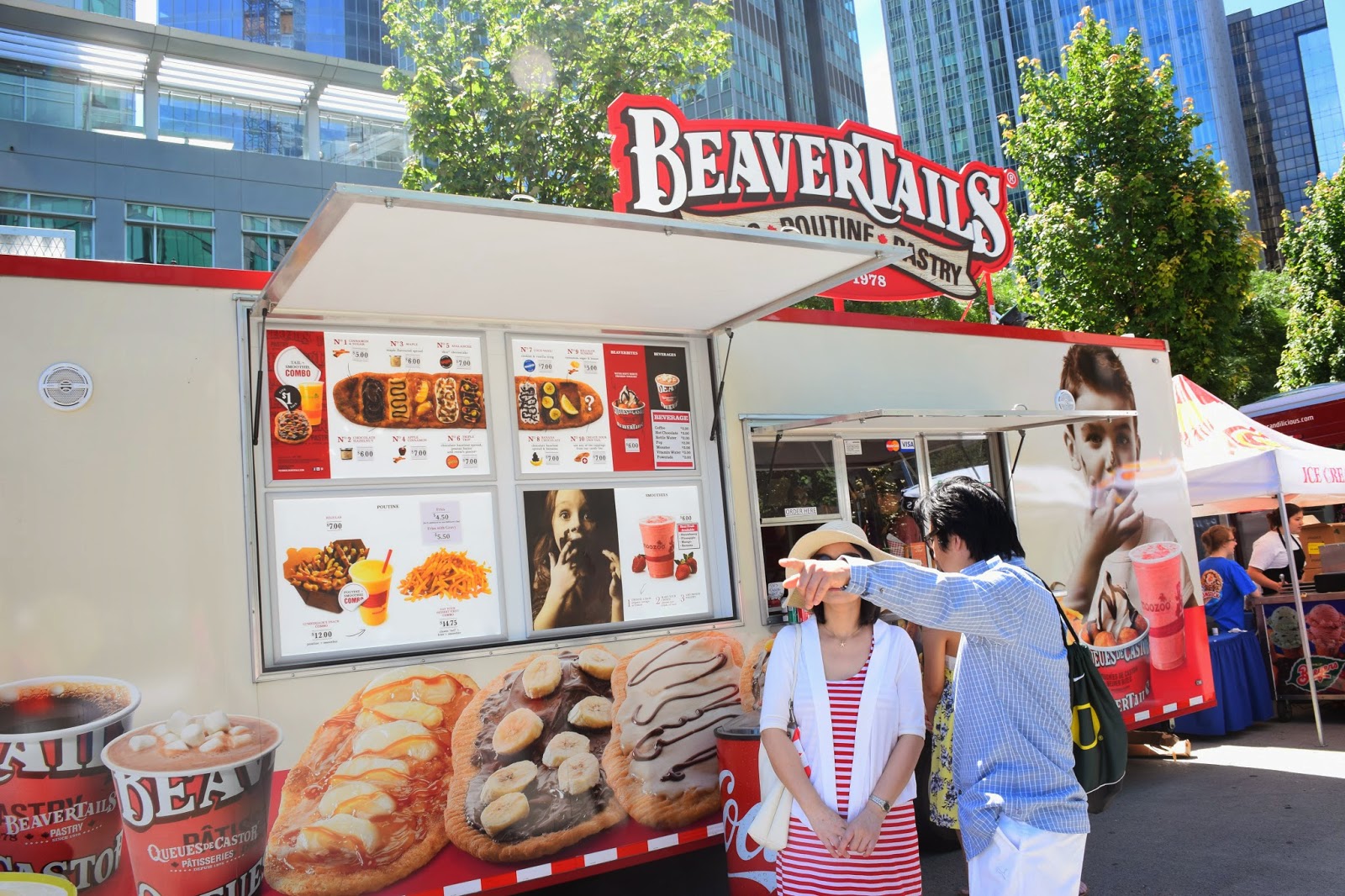 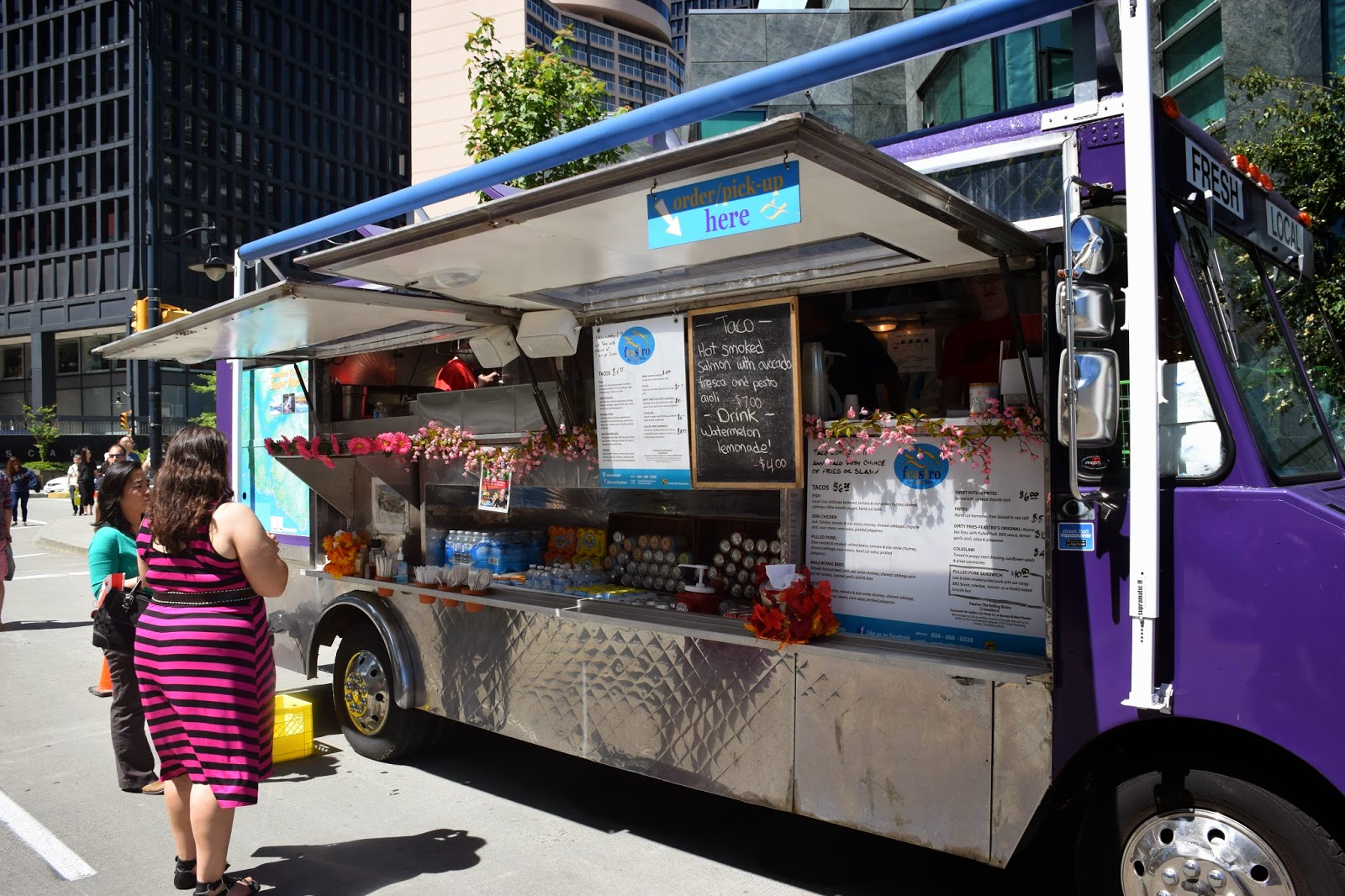 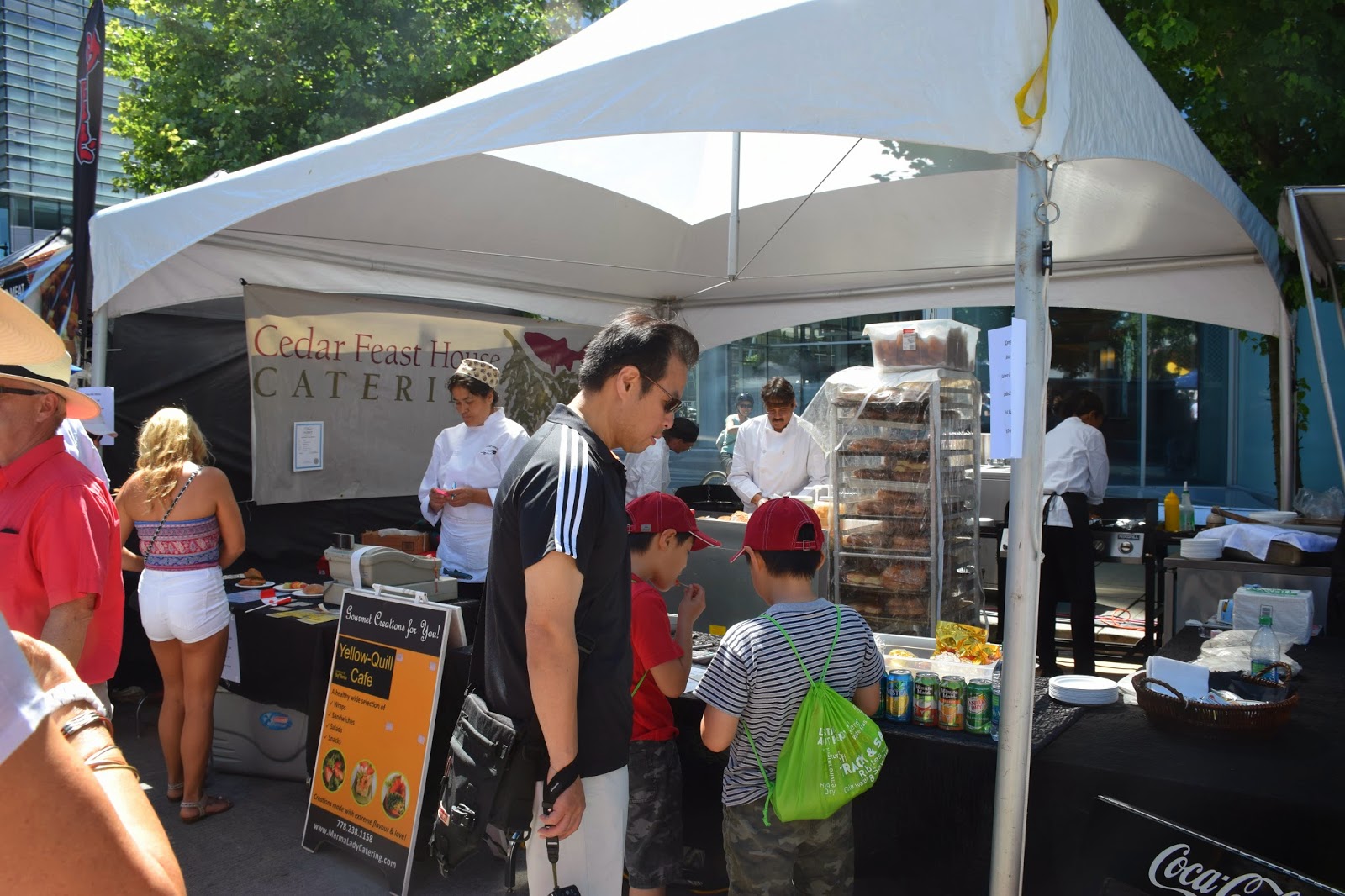 This stall was giving out samples of their smoked salmon! :D 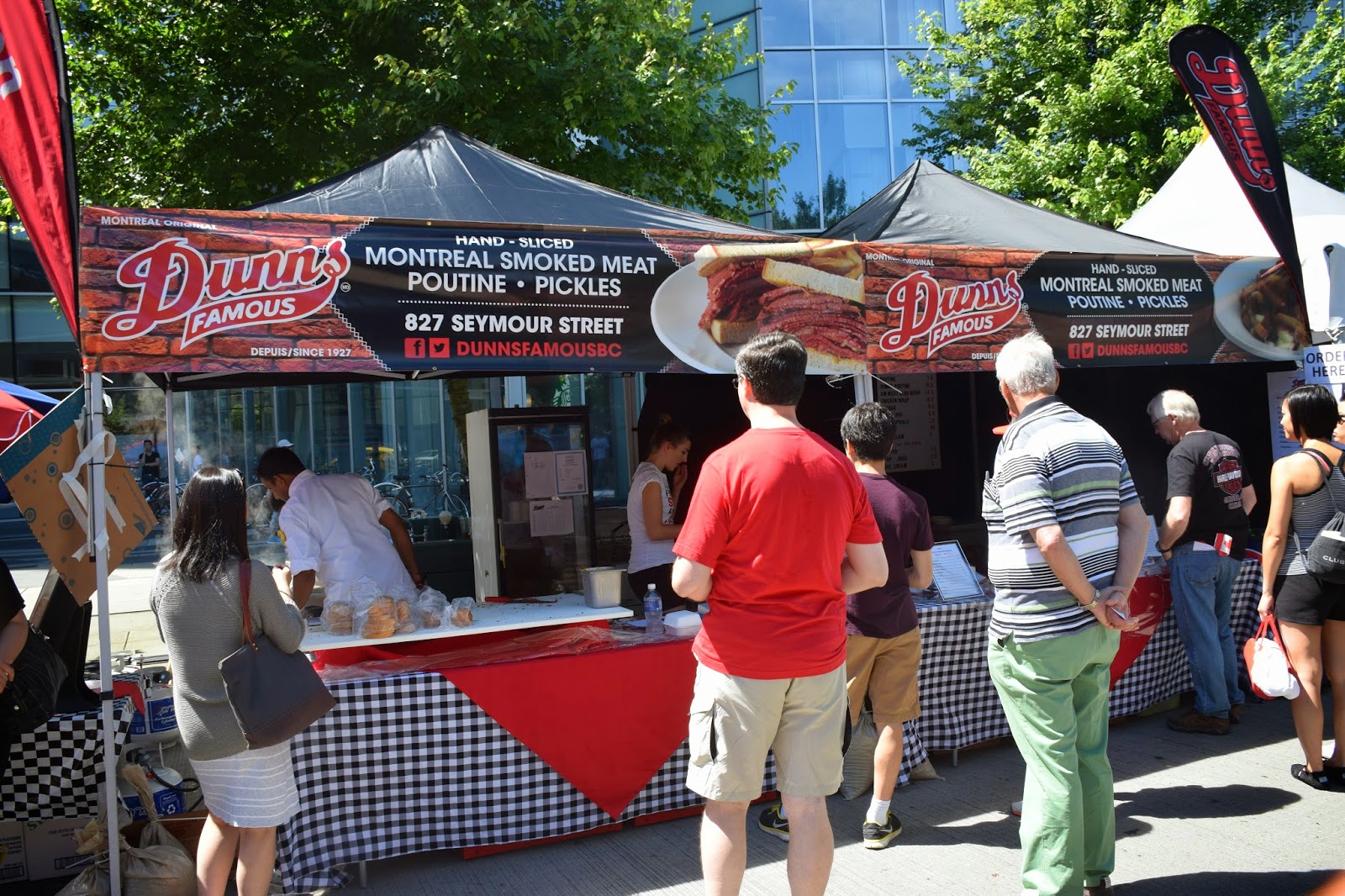 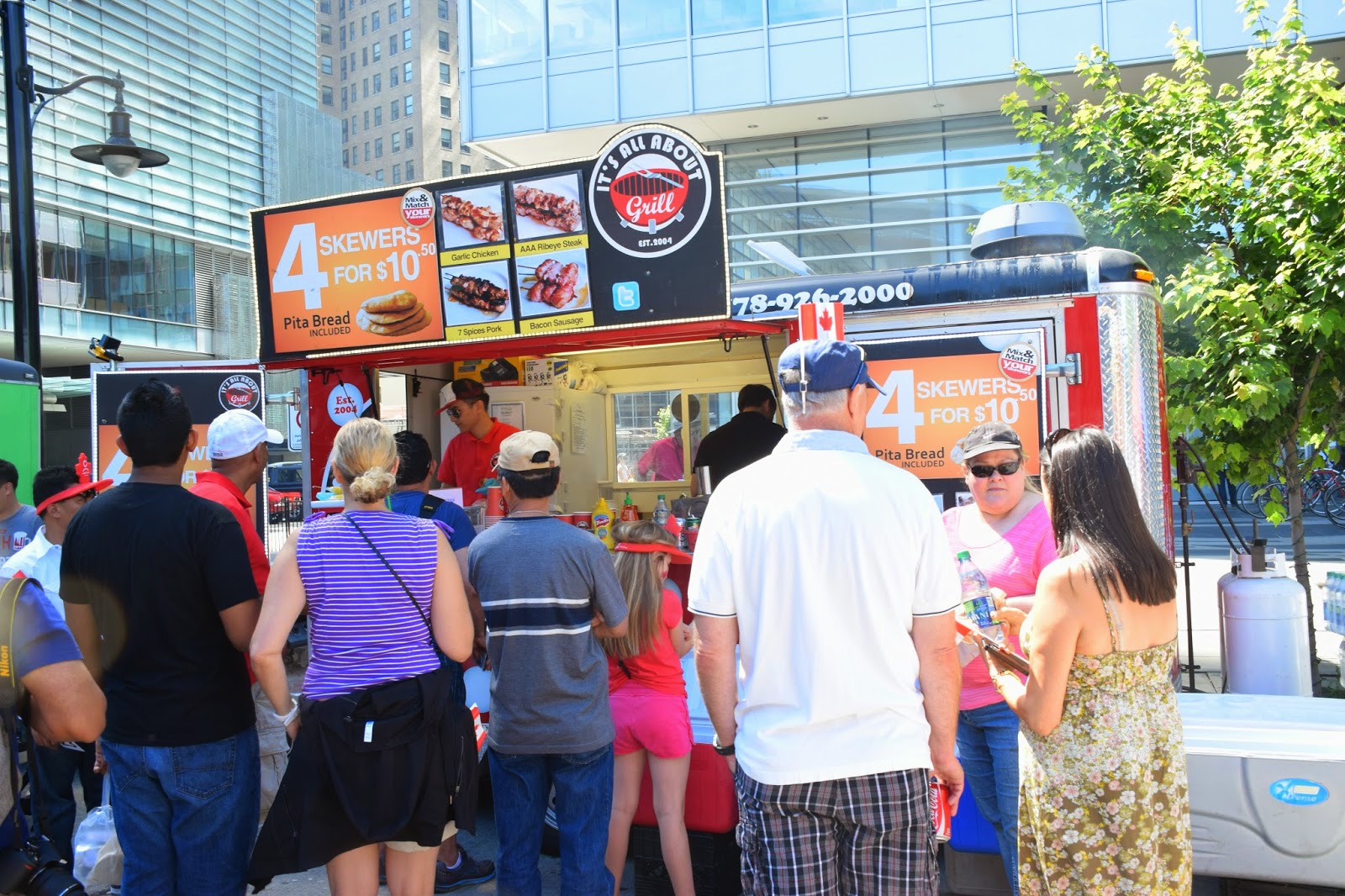 Hey, this stall looks familiar! It's the same "It's All About Grill!" at the Richmond Night Market! 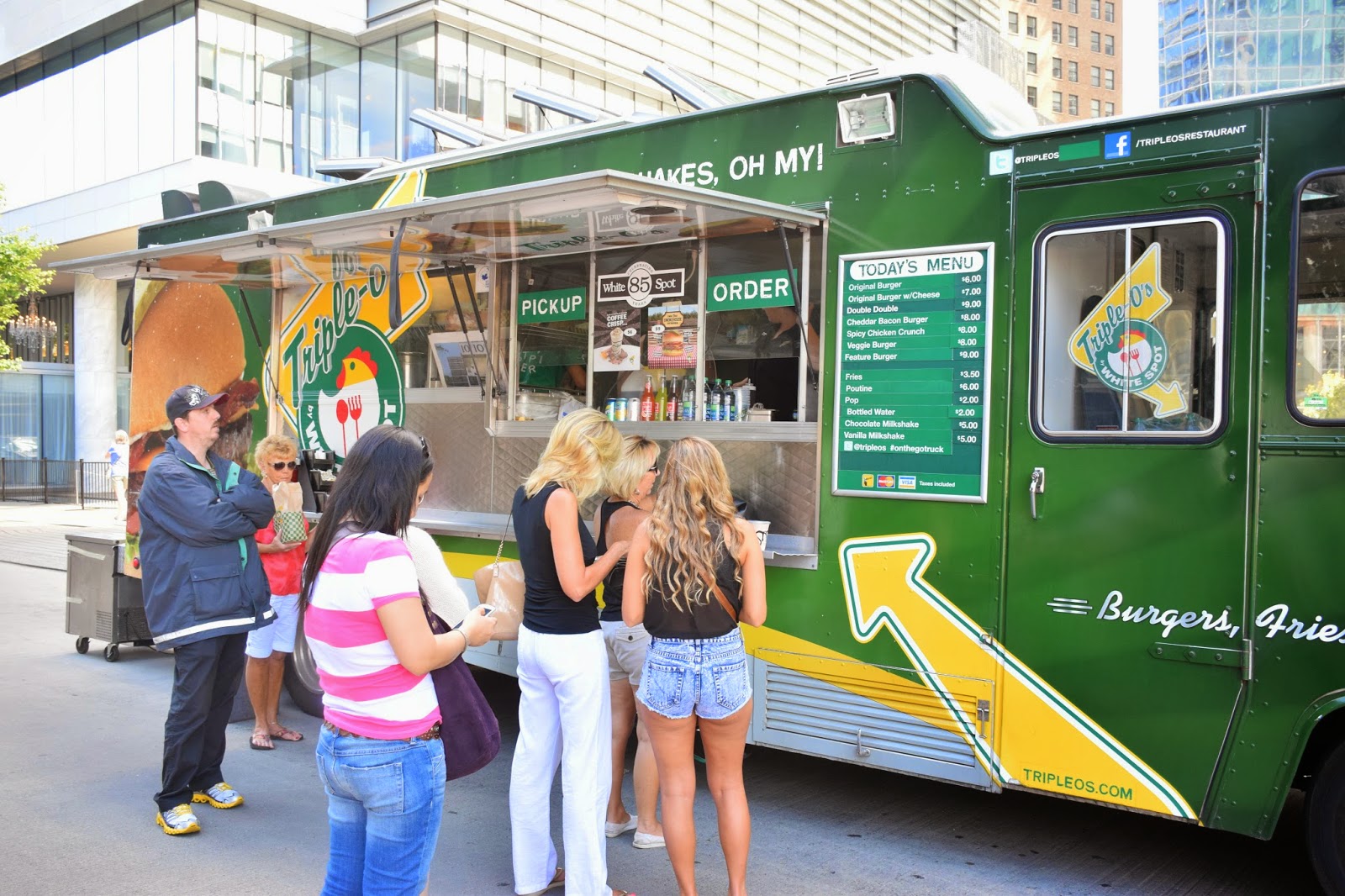 There was also a triple o's there as well haha 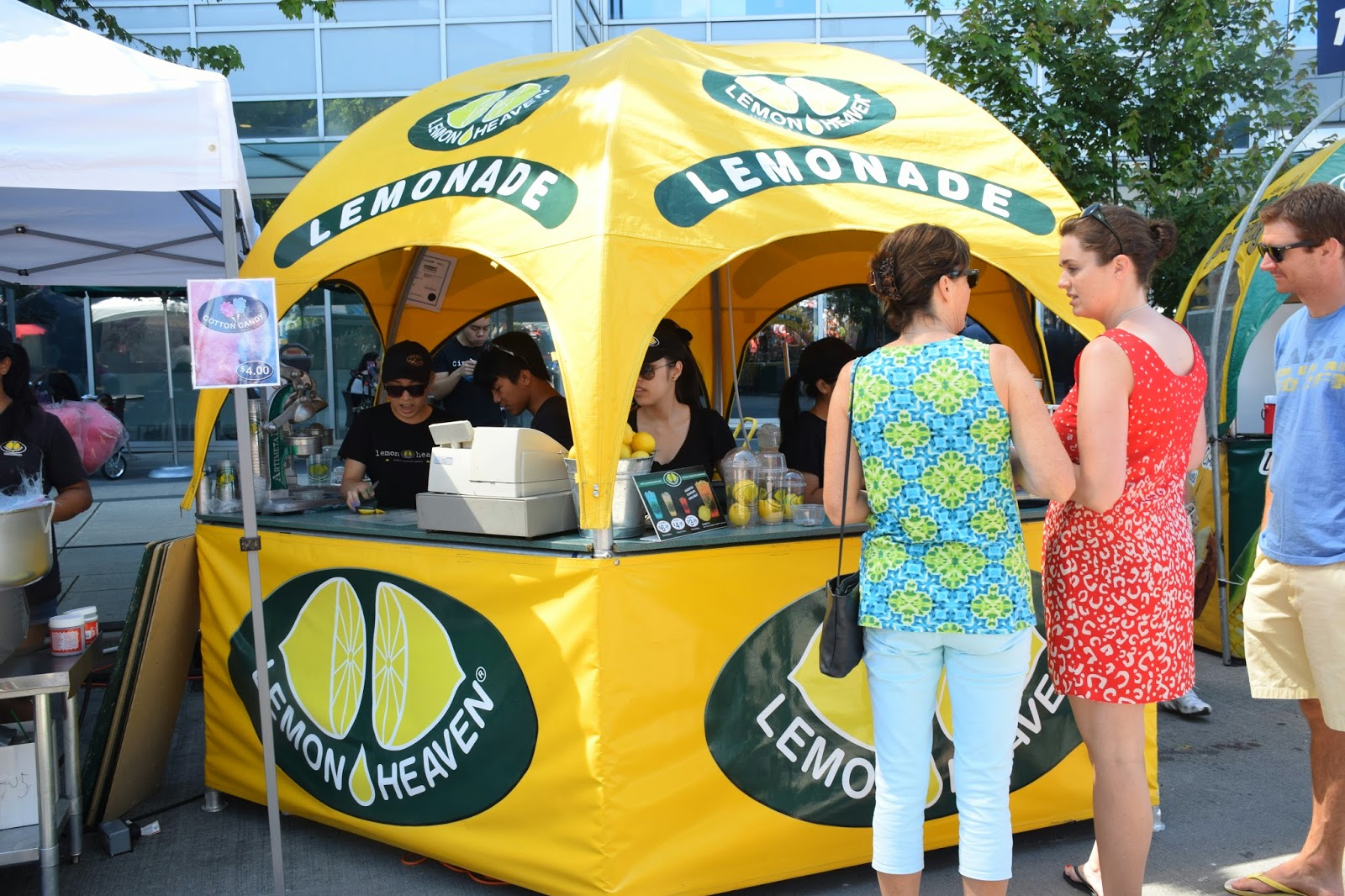 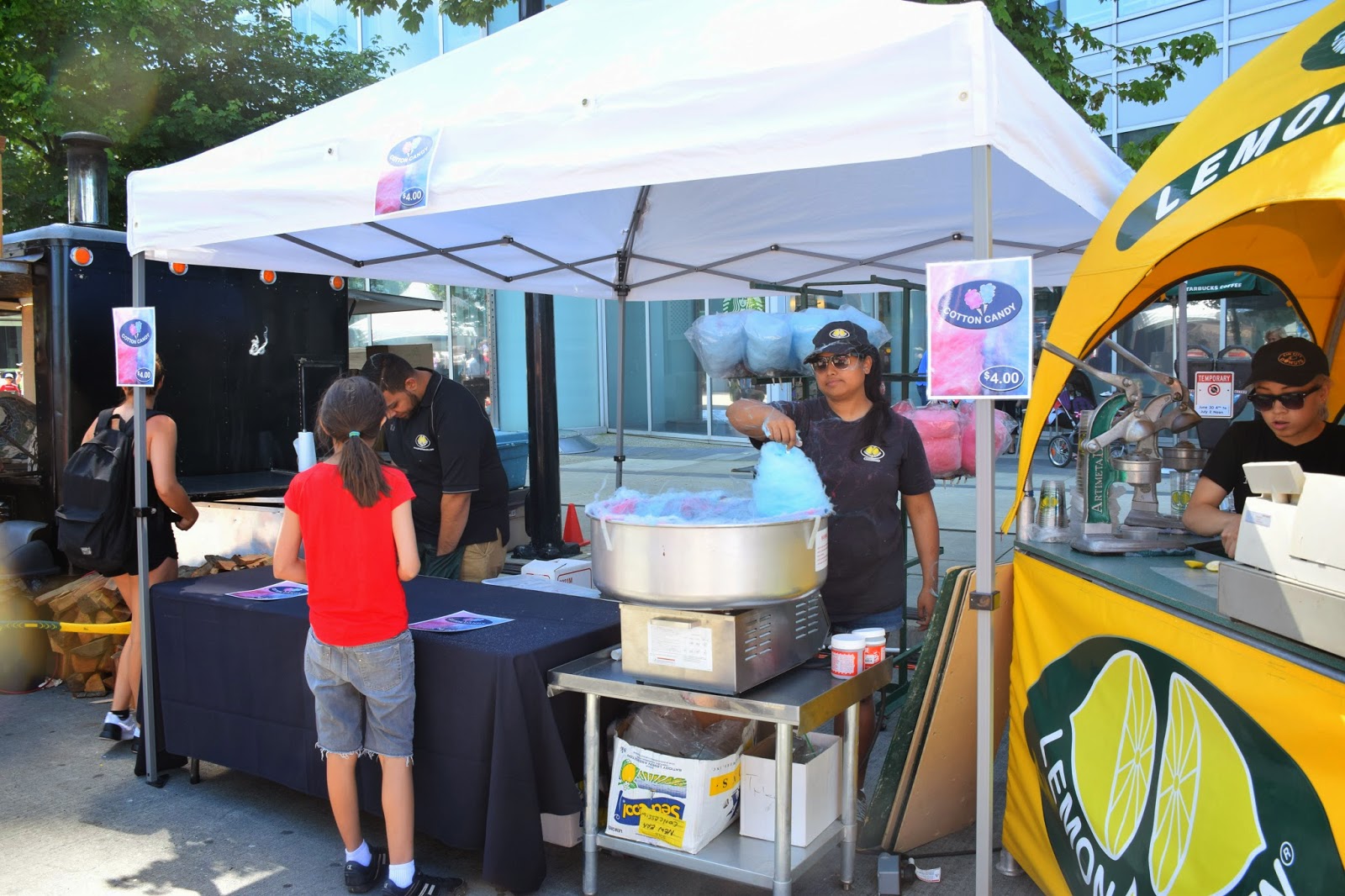 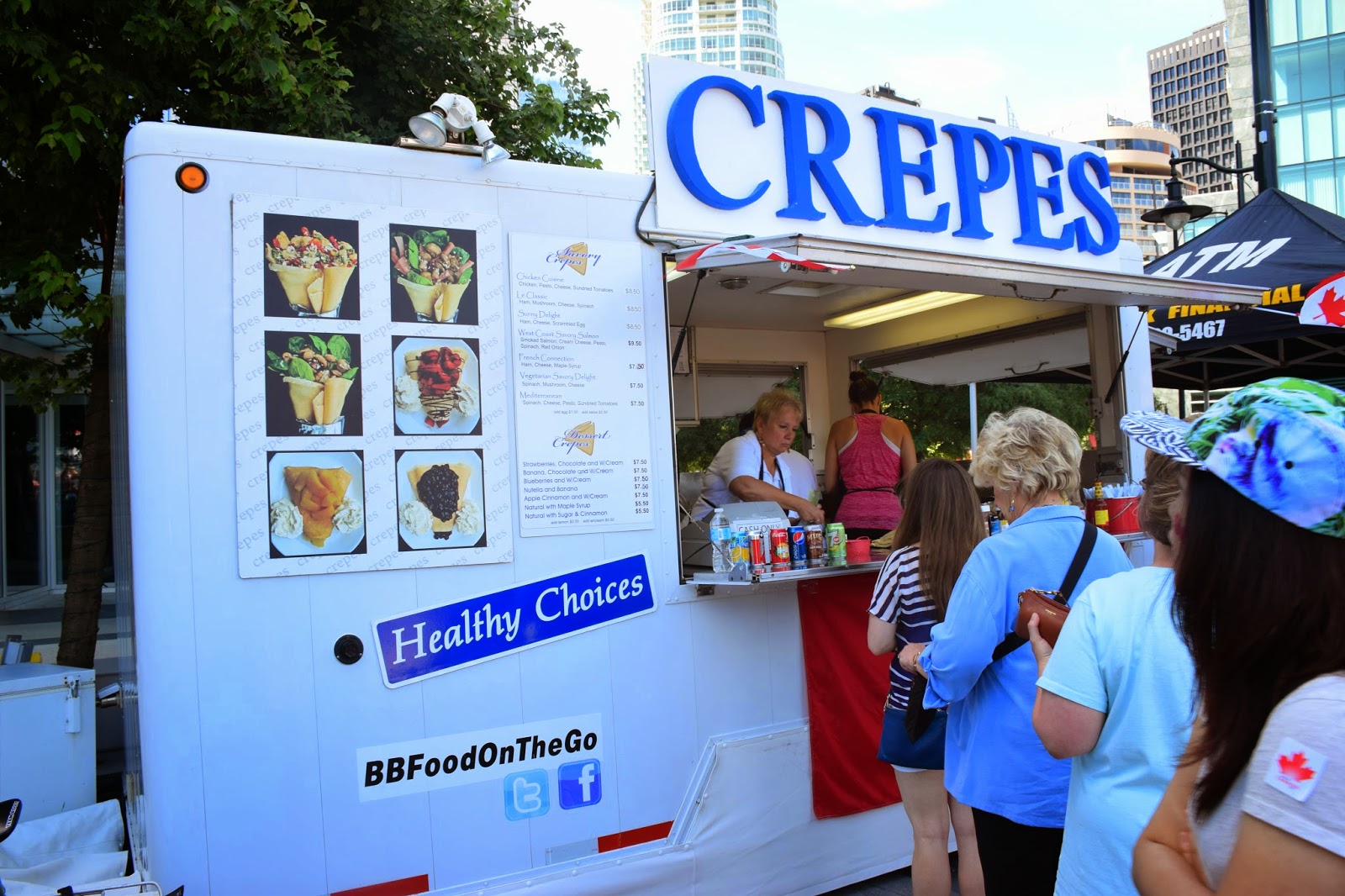 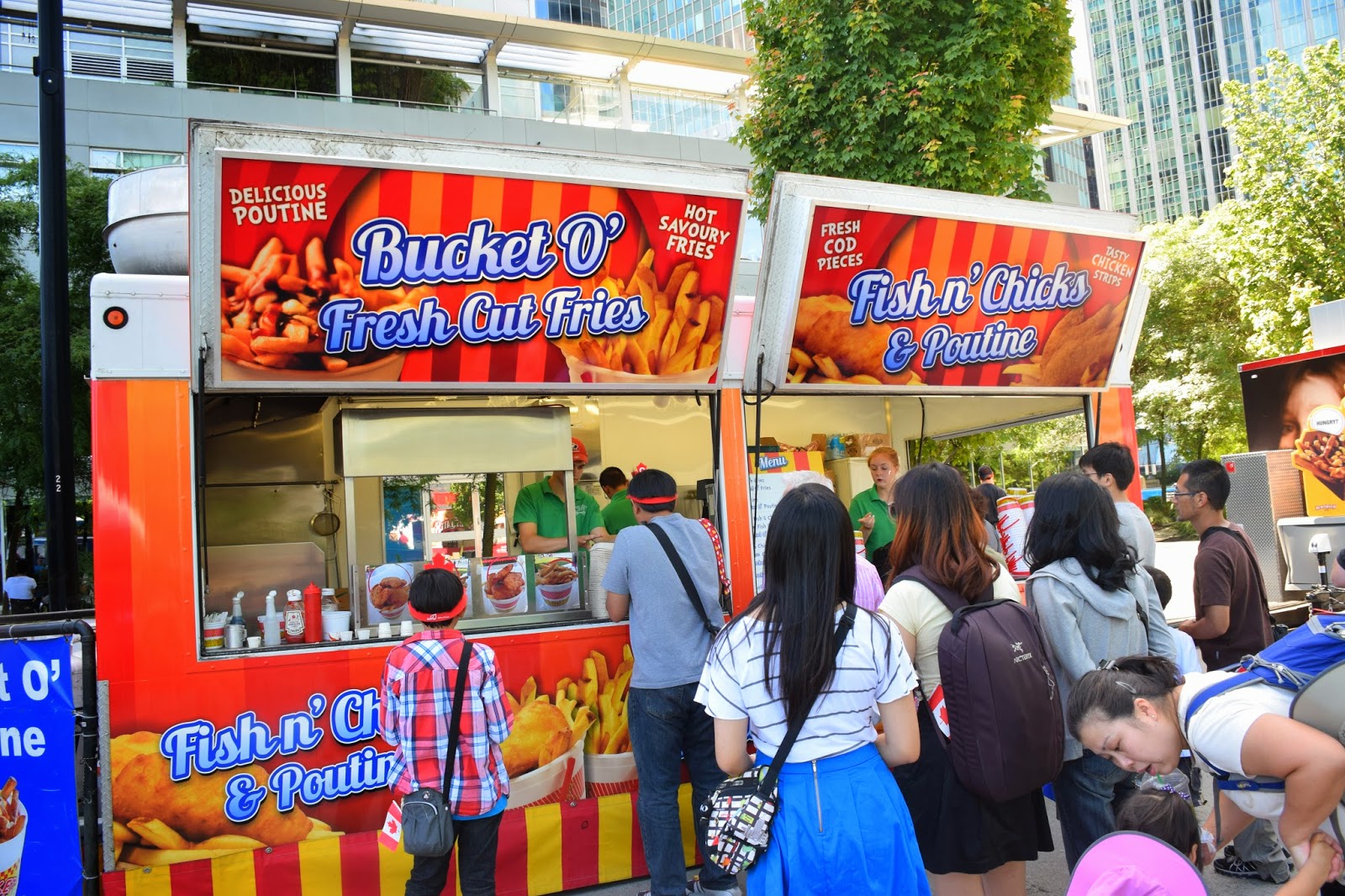 After last week's AYCE fish&chips, I think I'm going to ween myself off of it for a while haha! 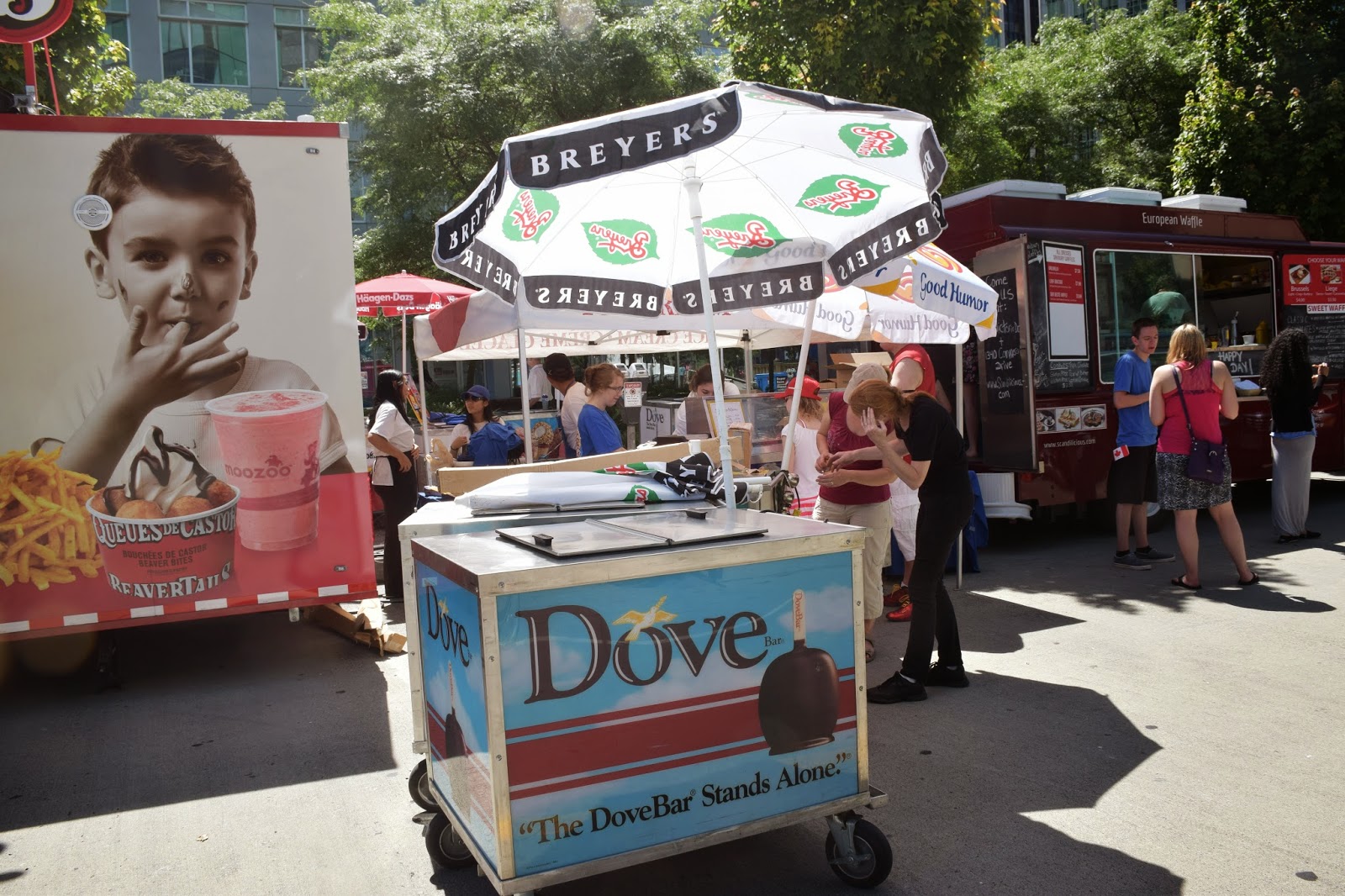 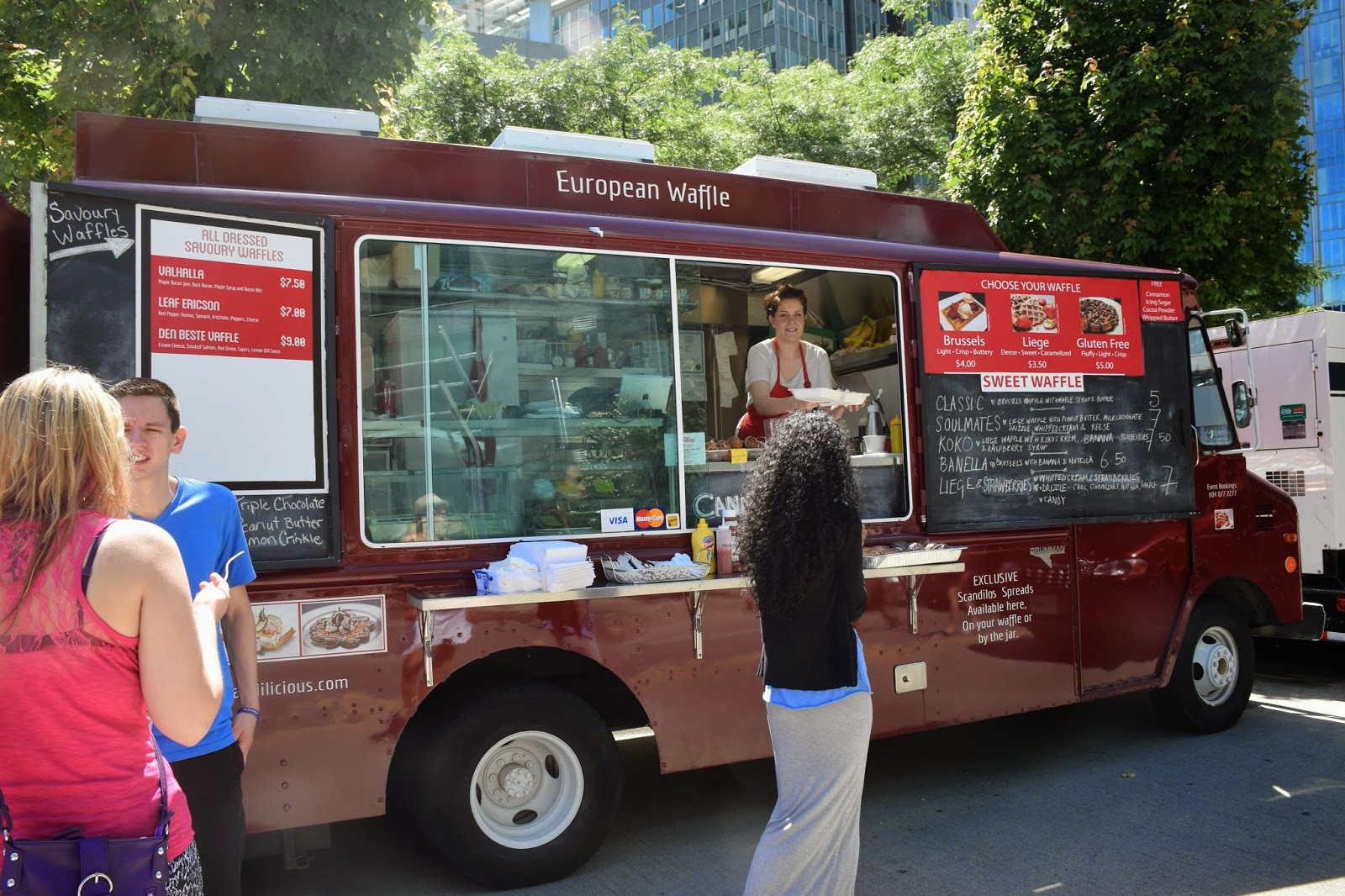 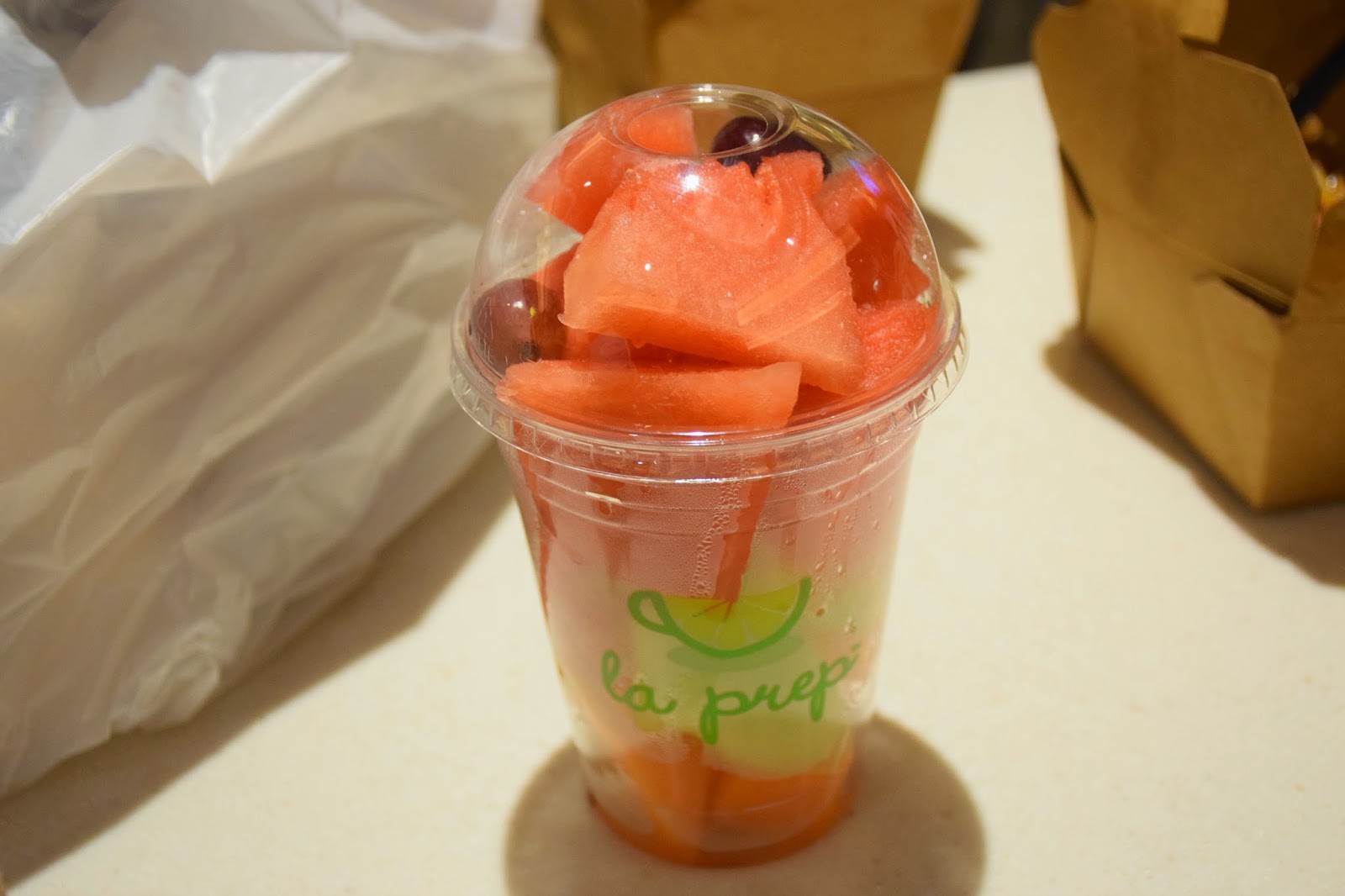 La Prep Fruit Cup
2/5 stars
I randomly had a craving for fruit since it was so hot outside haha, so I grabbed a fruit cup at La Prep in Pacific Centre! La Prep also has another location inside the Waterfront skytrain station. Was it worth the $4.50? No haha. All it had in it was some watermelon, melon, 2 grapes, and one cherry. I can buy an huge box of strawberries for that price!


I also went to Bella Galeteria and it was AMAZINGG, but I'm saving that for another post when I try more flavours hehe! Look forward to that in the near future! :D