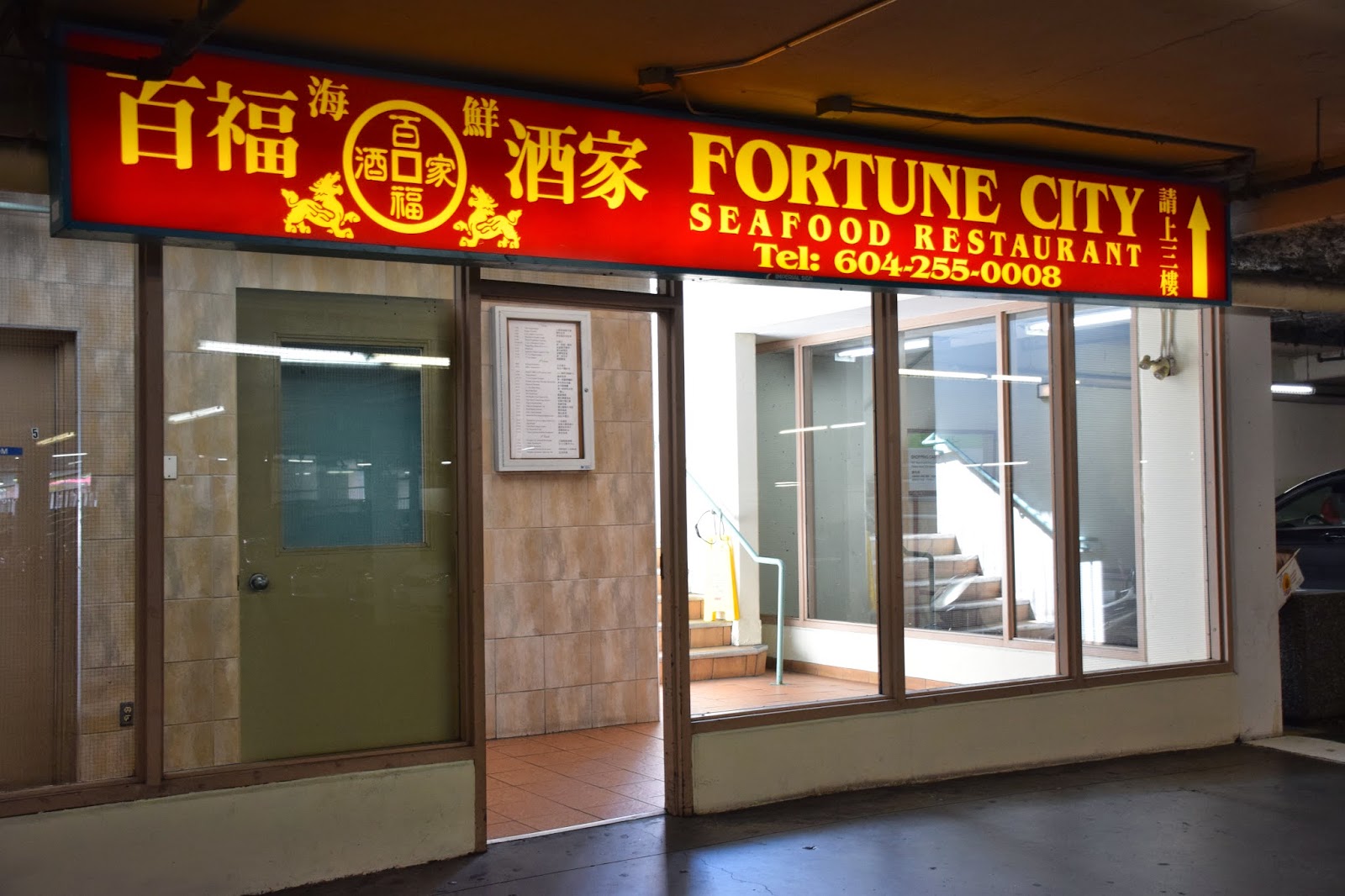 We were in the area that day and hungry for some dim sum, I asked my dad for recommendations. He suggested Fortune City Seafood Restaurant because he remembered eating here 20 something years ago haha! I'm sure the name and owners have changed, but a seafood restaurant still occupies the space nonetheless! Located on the second floor of a plaza, this is another popular spot for dim sum in the area! The main draw here is definitely the low prices and portion size!

This is actually a picture of their parking lot entrance haha, but the restaurant is located on the 3rd floor! Even though most of the dishes are better executed elsewhere, given the price and portion sizes, it wasn't bad! For 2 dim sum dishes + 3 entrees it came to about $27 before tips, which is pretty dang cheap haha! They also have a seafood menu which is suppose to be a lot better! 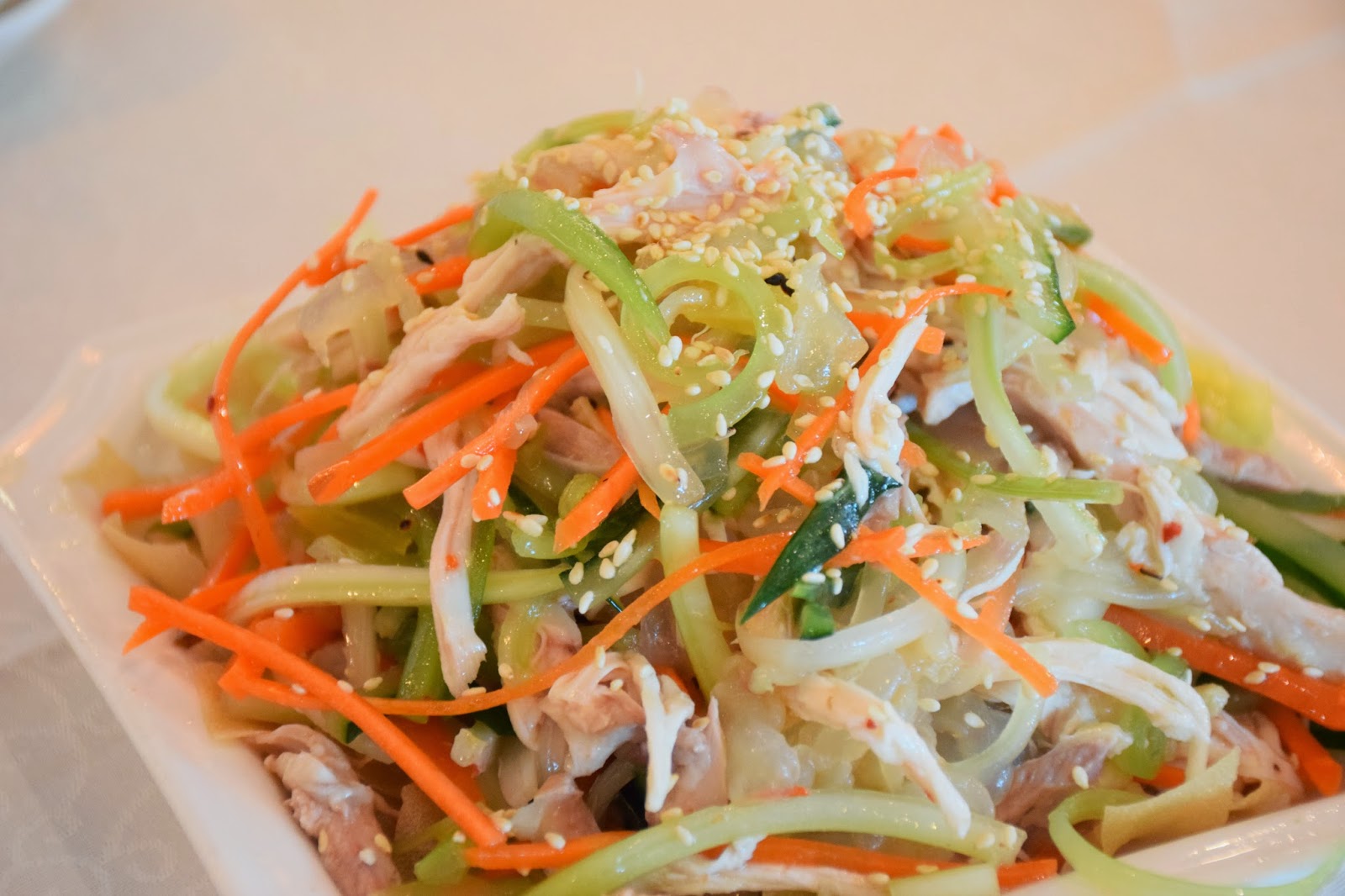 Hand Pulled Cold Sesame Chicken
2/5 stars
When this arrived at the table I was a bit taken aback haha, because it was huge! There was a substantial amount of chicken, jellyfish, cucumbers, celery, carrots, and sesame seeds throughout. The sauce was vinegar based, with a light undertone of sesame oil. The jellyfish had a nice chewy texture and was a nice contrast to the other crunchy elements of the dish. I've definitely had better interpretations of this dish, so this particular one falls on the lower end of the scale. 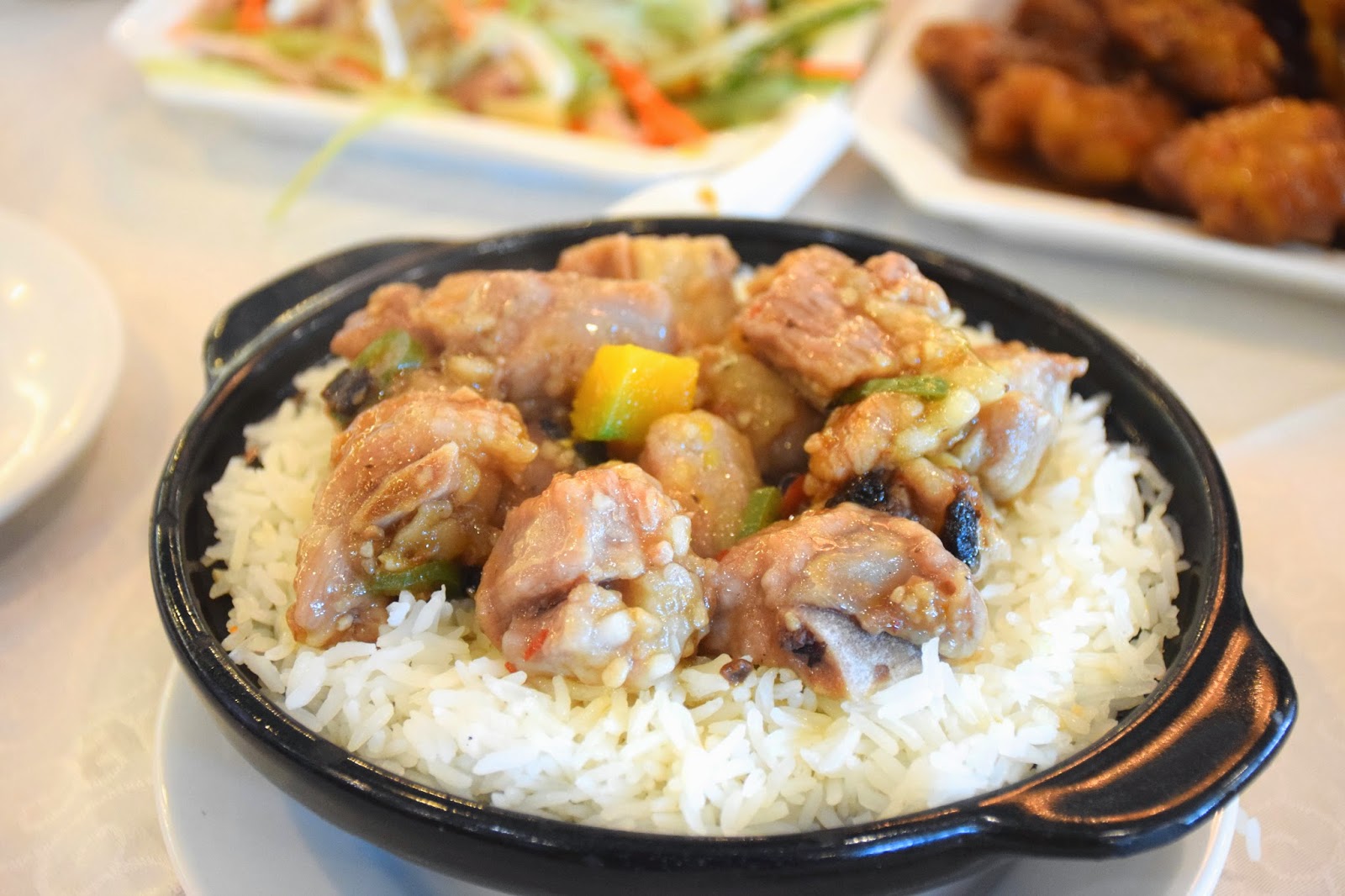 Spareribs & Pumpkin Rice ClayPot
2.5/5 stars
I love claypots, but this one wasn't all that great. The rice at the bottom is suppose to be crispy and charred, but this one wasn't! Instead, the rice just stuck to the edges and I couldn't scrap it off. The spareribs were tender though, exhibiting a strong black bean flavour, without being overly salty. There were only 2 miniscule pieces of pumpkin in it haha, I'm guessing to appeal to its larger chinese demographic! I know most asian parents/grandparents would complain about the meat to pumpkin ratio if they put more pumpkin in it! And my theory proved correct because my dad was pleased with the amount of spareribs haha!! 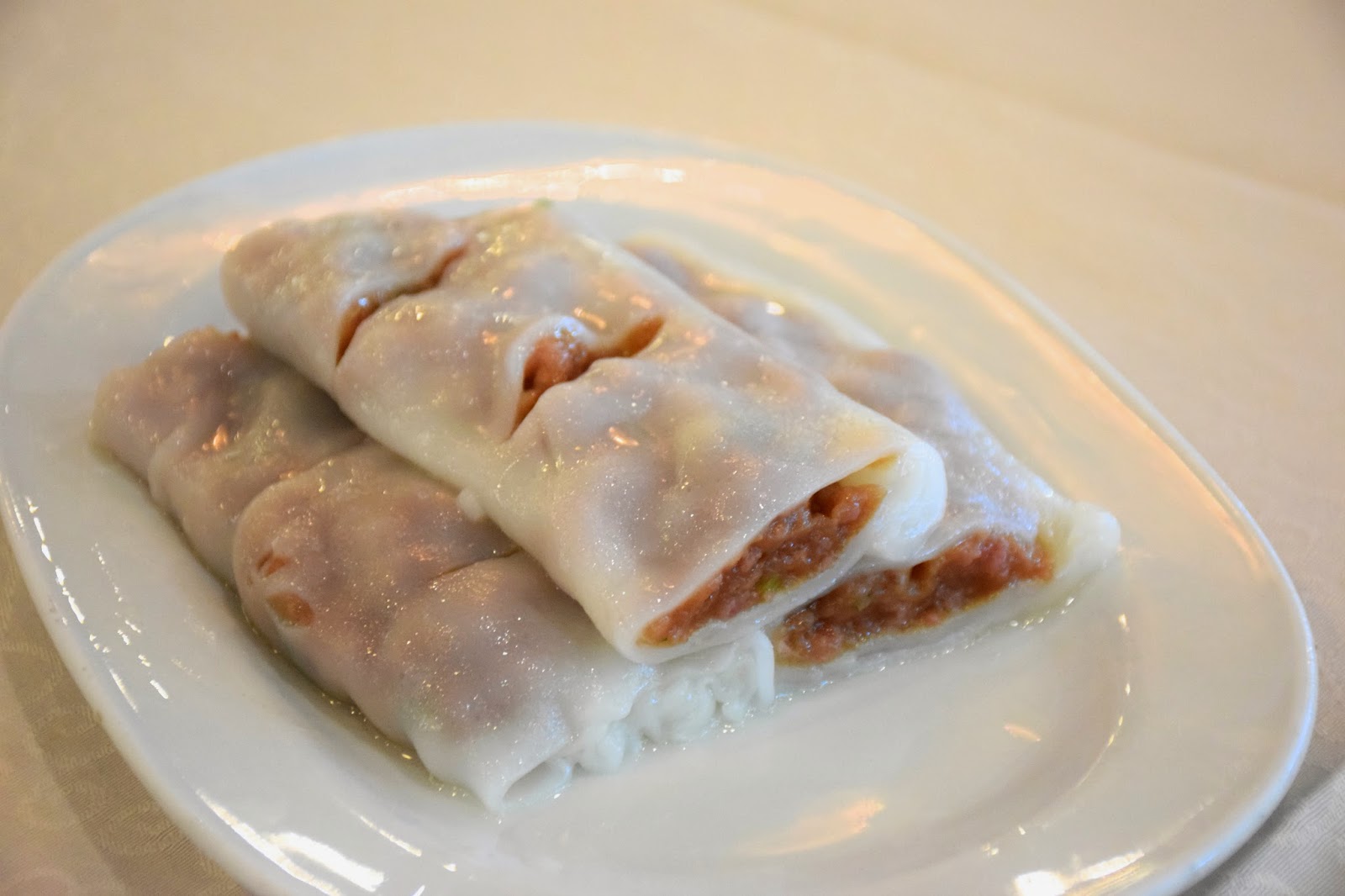 Beef Rice Rolls
2.5/5 stars
These were also larger in size than most dim sum restaurants! The skin was thin and elastic, and didn't break when I picked it up. The beef was reasonably tender, but lacked flavour. You can always dip it in soy sauce though so it wasn't that big of a deal! 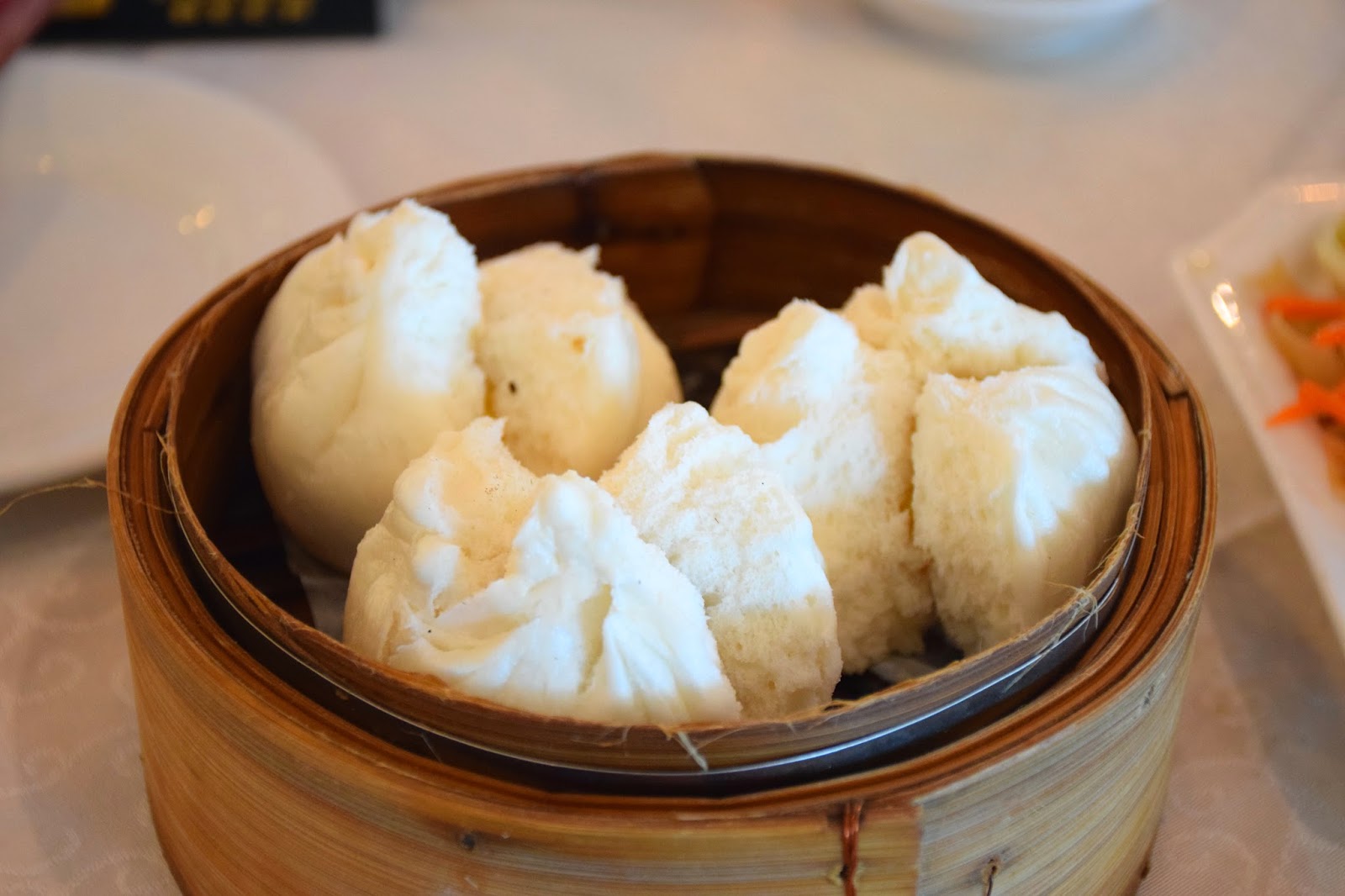 Egg Yolk Bun
3/5 stars
I love runny yolk buns, but these ones weren't the runny kind haha! The runny egg yolk buns have a smooth top, but the buns with the top cut open have a solid filling! I wasn't expecting this to be that great, but I actually really liked it! The buns were super soft and springy with a potent milky flavour. The filling inside was creamy and just the right sweetness! 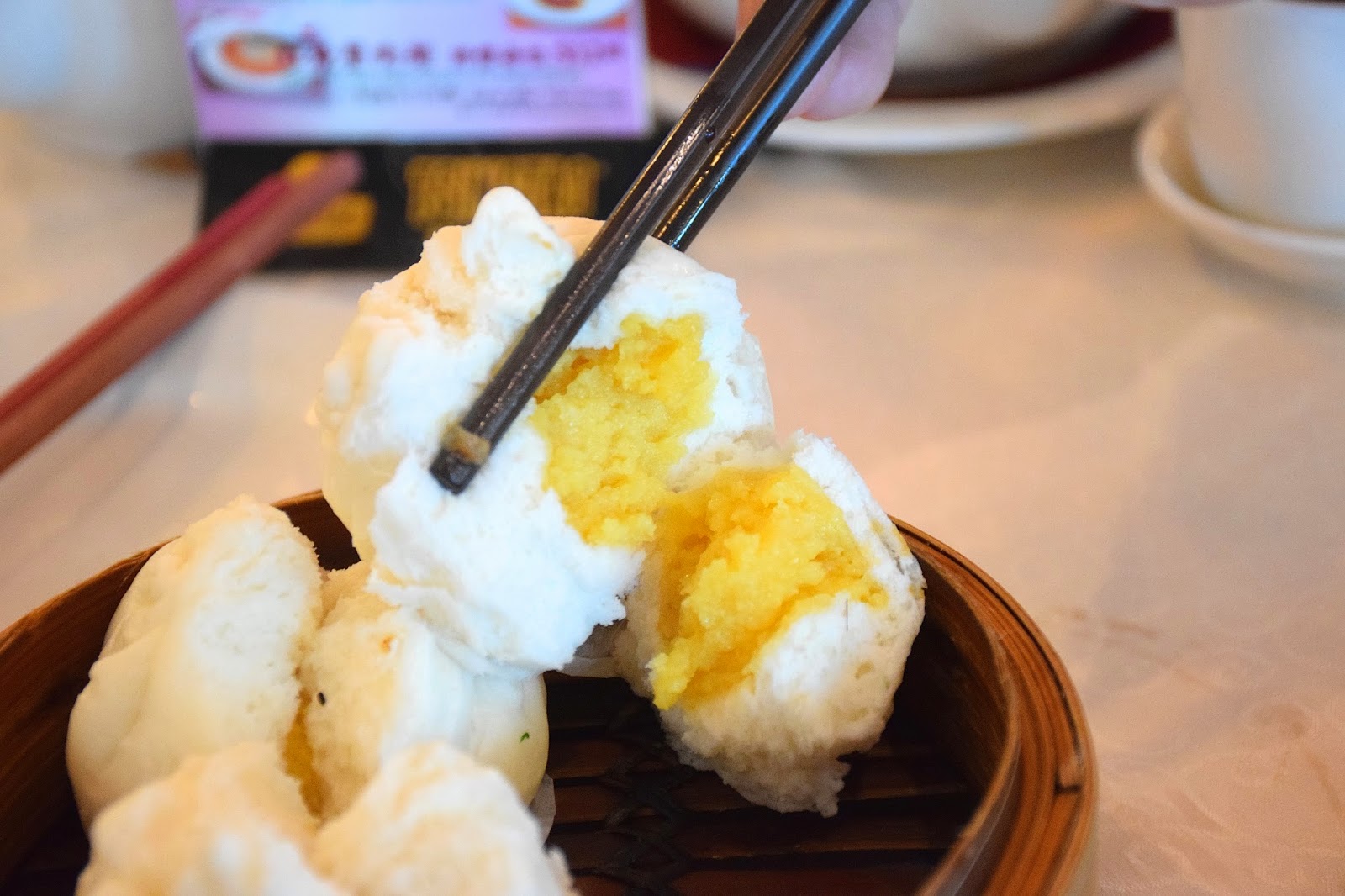 I swear I saw a nose hair on this bun haha, but my dad put it in his mouth before I could tell him hehe! Oh well, what he doesn't know can't hurt him! ;) 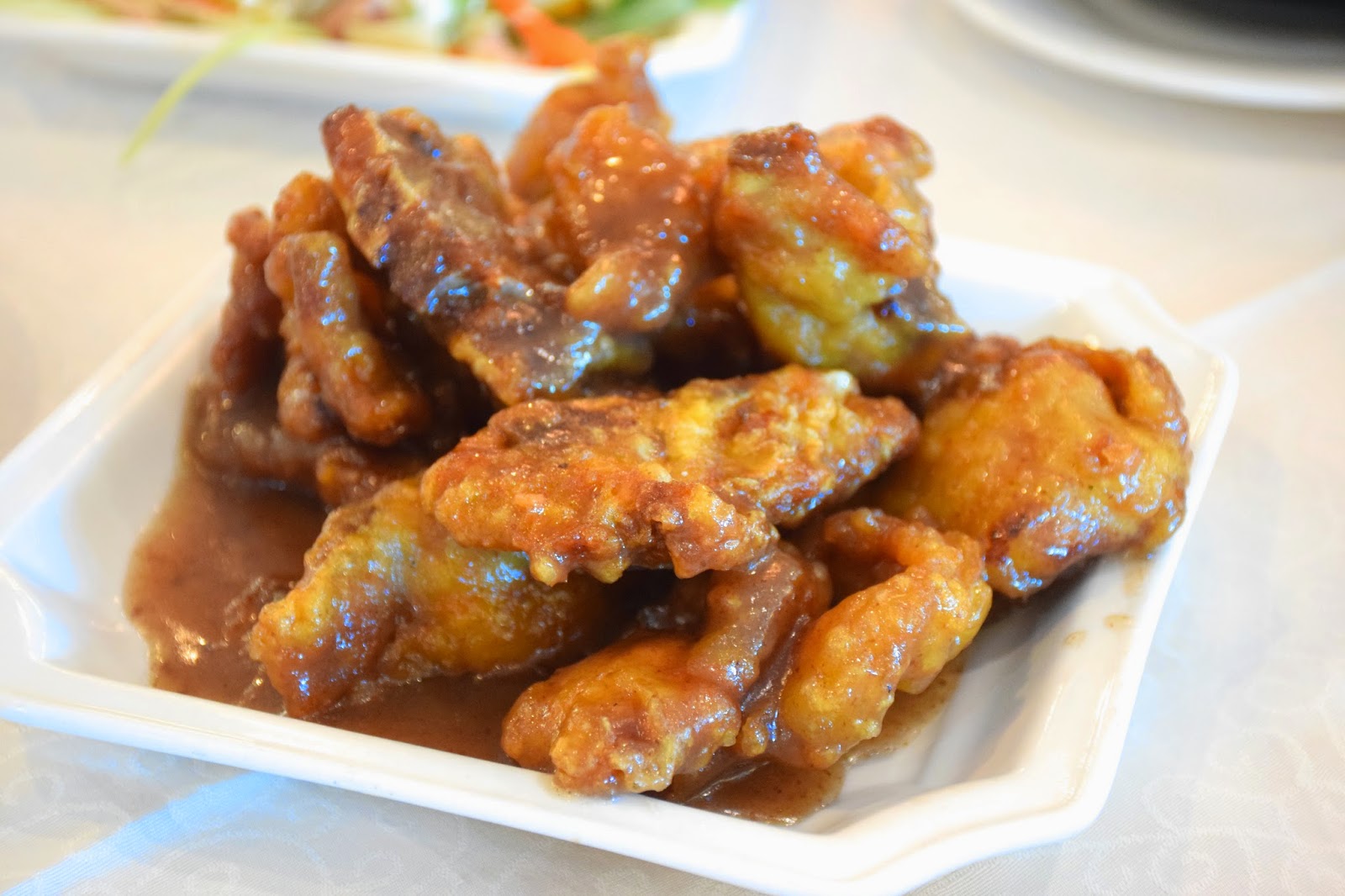 Preserved Plum Sauce Pork
2/5 stars
When this arrived I thought it was honey garlic spareribs, but turns out it was actually made with plum sauce! The sauce was tangy, sweet, with the plum element being very strong. Weird thing is, halfway through the dish it started tasted like sweet and sour pork haha!