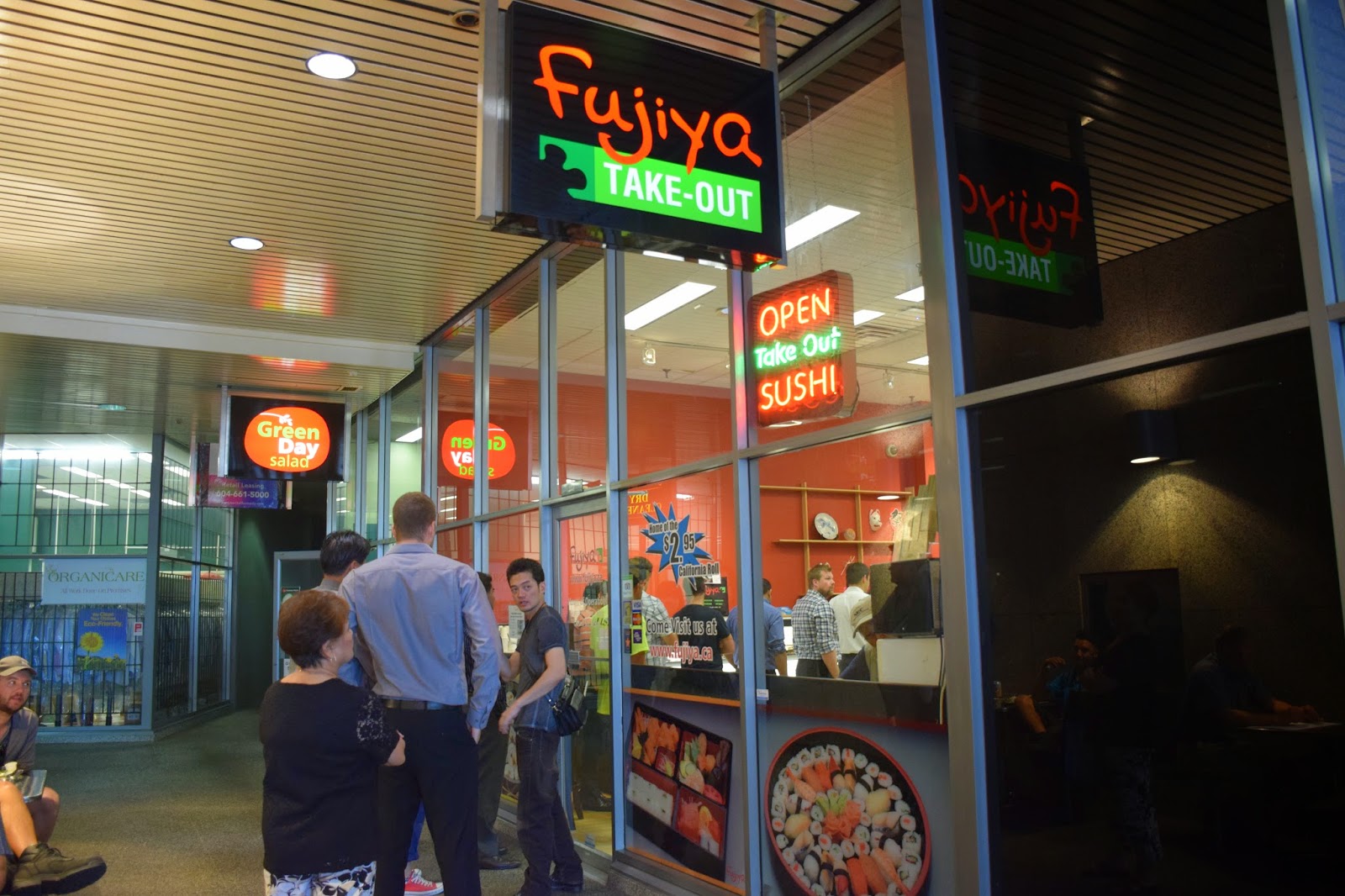 Fujiya is a Japanese take out sushi place with a couple of locations in Vancouver: One in East Van, another in Richmond, and this one located on Pender, in the downtown core! Fujiya is home to the $2.95 california roll, which they proudly advertise on their wall haha!

Woah this place is bumping during lunch hour! With the flood of office bees buzzing in (too corny?) this place was packed with a huge line up! Thankfully the ladies working there were fast, and sent everybody on their way in no time! 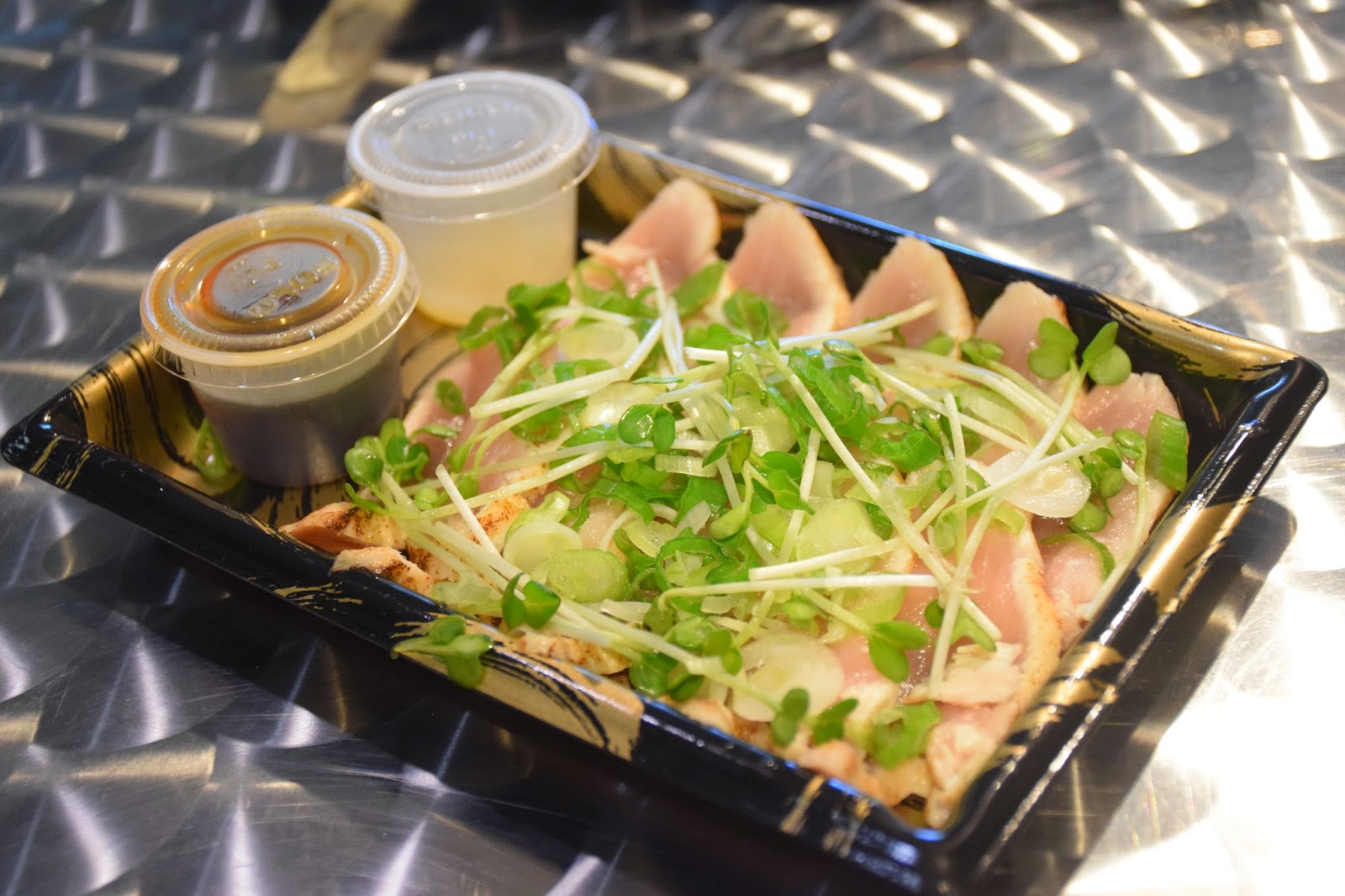 Tuna Tataki
3/5 stars
I saw someone with this and I just had to get it haha, cause I love tuna tataki! There were about 12 pieces and it also came with some ginger and soy sauce on the side. It was garnished with some ginger and onion for some added flavour. Aside from the ginger, the tataki wasn't marinated in any kind of sauce so I guess that's what the soy sauce was for haha! 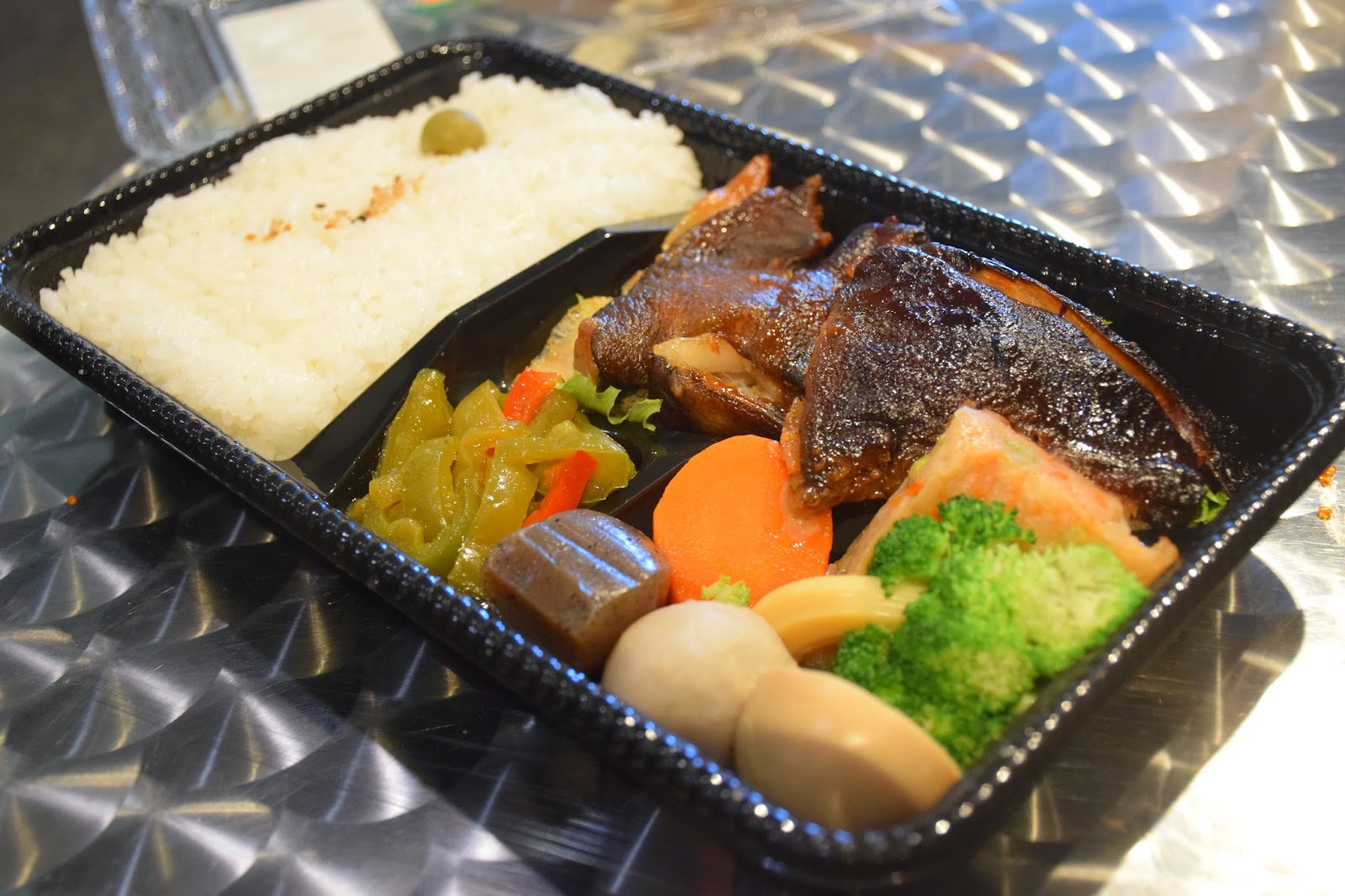 Black Cod Bento
3/5 stars
This was a steal! A bento for under $6? No wonder this place is packed! They have a microwave and a little seating area for you to sit and munch on your food! It came with 3 huge pieces of fish, some oden, a potato cake and some sauteed peppers! The fish was rather moist and moderately seasoned with a faint soybean flavour. The oden was drenched with a salty sauce, which had drowned to the bottom of the bento haha. The sauteed peppers were still crunchy, which I appreciated haha!

Overall, Fujiya is a great place for takeout when you're in a rush or when you're looking to pinch some pennies! For prepared food, its pretty tasty and leaves your wallet unscathed ;)