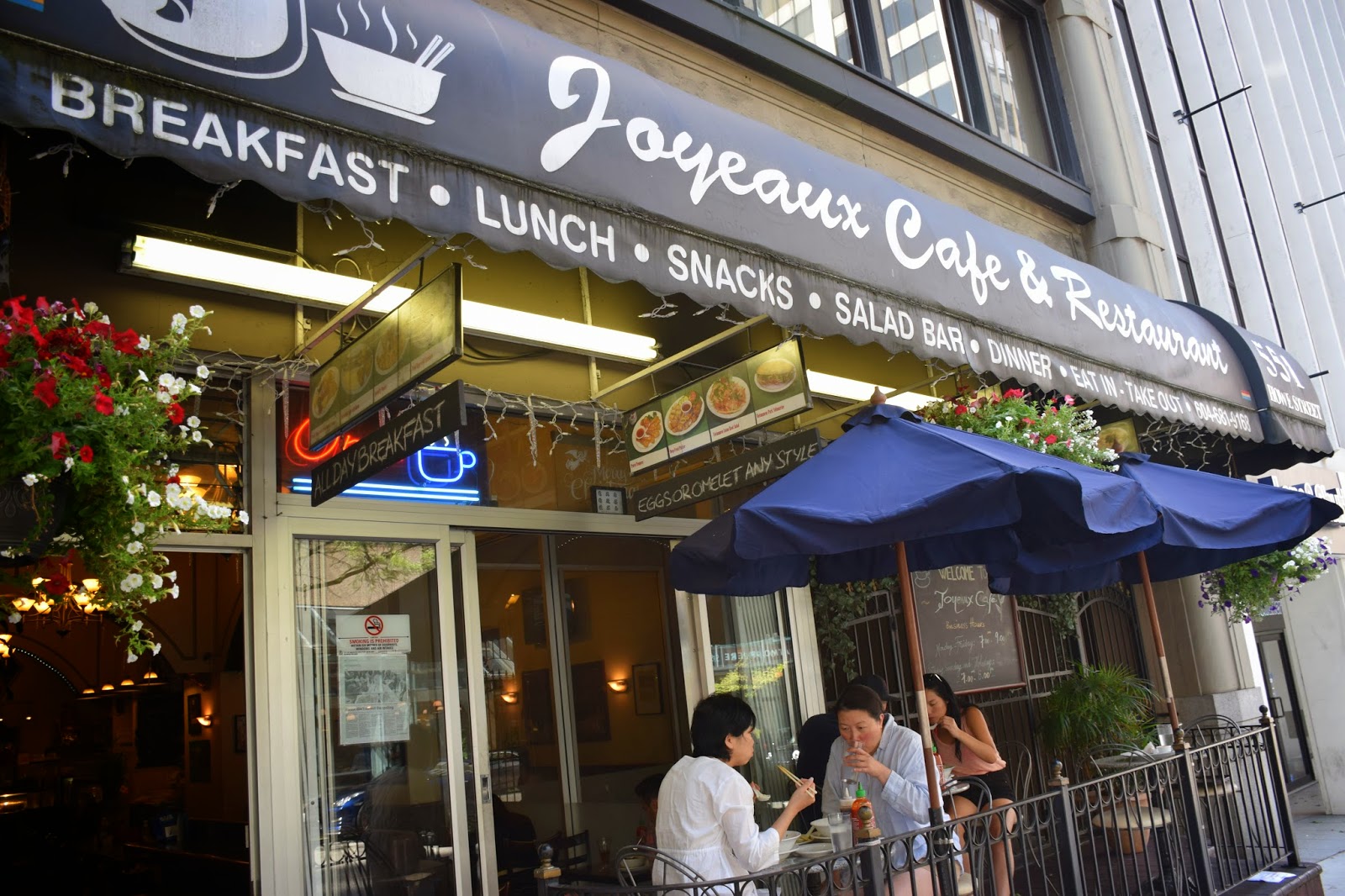 The first time I walked past Joyeux Cafe I presumed it to be a cafe/bistro of some sort haha, judging from the exterior, but turns out it's actually a Vietnamese restaurant! Actually, more of a cafeteria! You go up to the counter to pay, and they bring the food to you! Joyeux is located on Hornby St, in the downtown core! They serve a little of everything, from pho, to sandwiches, even dessert, to cater to every kind of craving haha! I was craving some lemongrass chicken that day, and a couple of people on Yelp recommended it, so I went for it! I also saw a lot of people eating their pho, so I'm definitely going to try that next time!
It was a really nice day outside, so I sat on the patio outside! Great place to people watch haha ;) 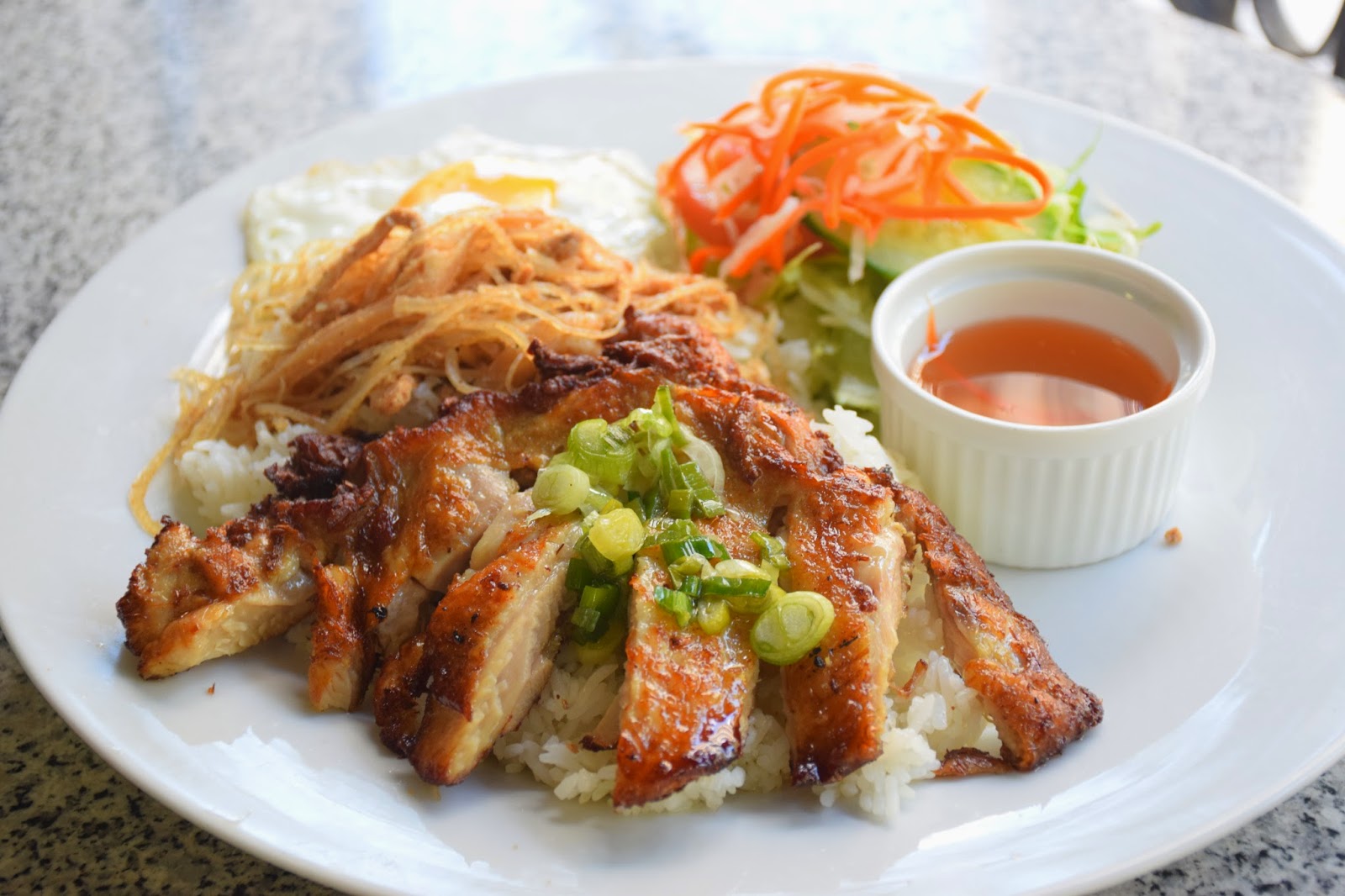 Lemongrass Chicken w/Shredded Pork on Rice
2/5 stars
I had high hopes for this dish from the rave reviews on Yelp, but sadly, I was disappointed. The food came out far too quickly and the chicken was served lukewarm, which suggests that it was premade. The chicken only exhibited a very weak lemongrass flavour and was a bit dry, and not juicy enough. The shredded pork was a let down as well. It was rather bland, and a little too gummy in texture. I liked the egg though, it was perfectly runny and had been cooked properly. 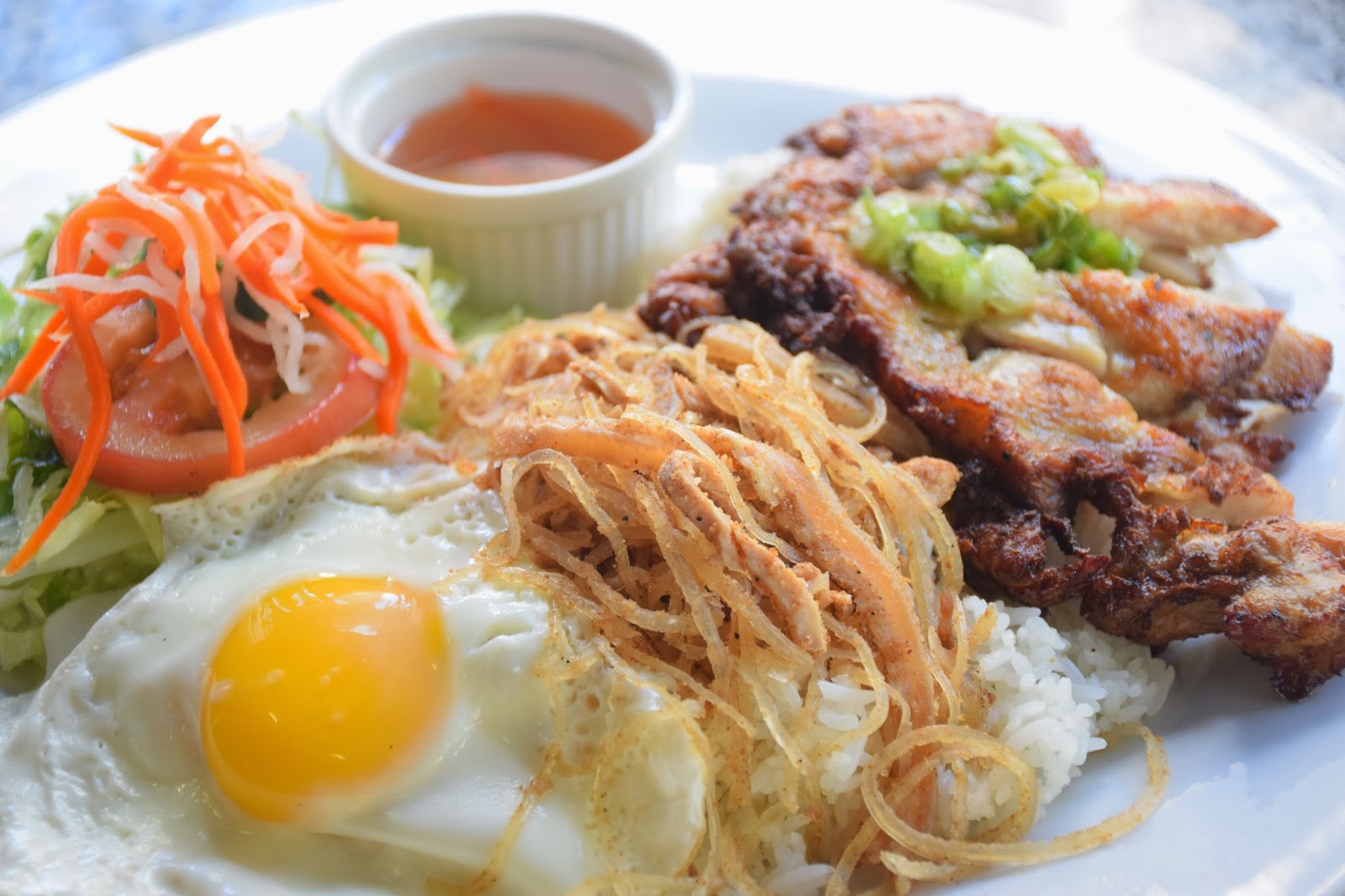 Here's a closeup of the shredded pork! :)