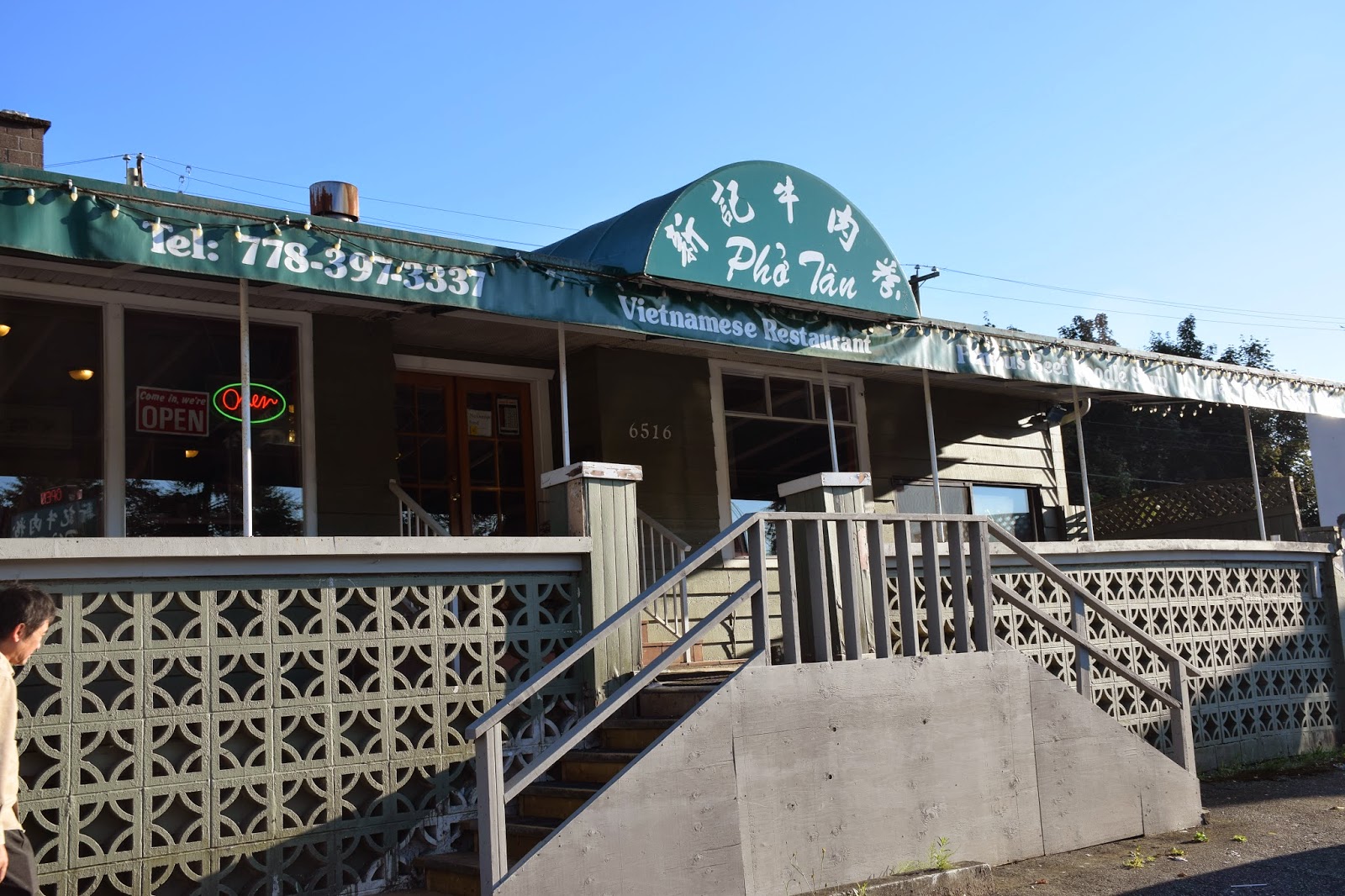 My dad's favourite Pho place near Metrotown is Pho Hong haha...so that's where we usually get pho when we're in the area, but that day I persuaded him to try out Pho Tan just a few doors down, and he agreed! Pho Tan has another location in Vancouver, which is supposedly a lot better haha. I'll have to try it out for myself in the future and do a comparison!

We actually meant to order their famous "Pho Bo Satay" but the waitress mixed up our order and gave us the Pho Tai Nam Gan instead...oh well! My dad isn't too picky about his food, so he just shrugged and ate it anyway haha! 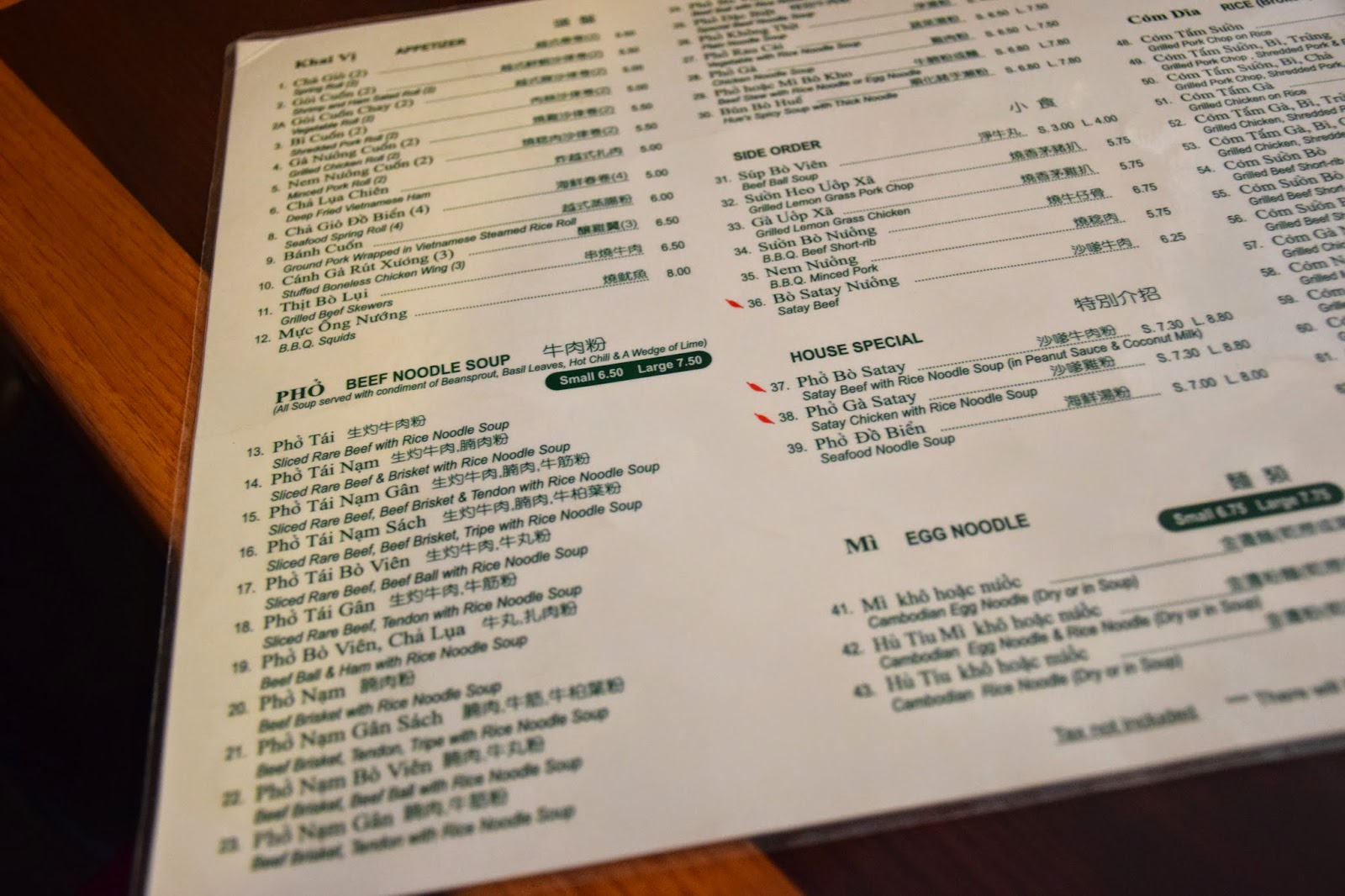 (Click to Enlarge) Here's a look at their menu! 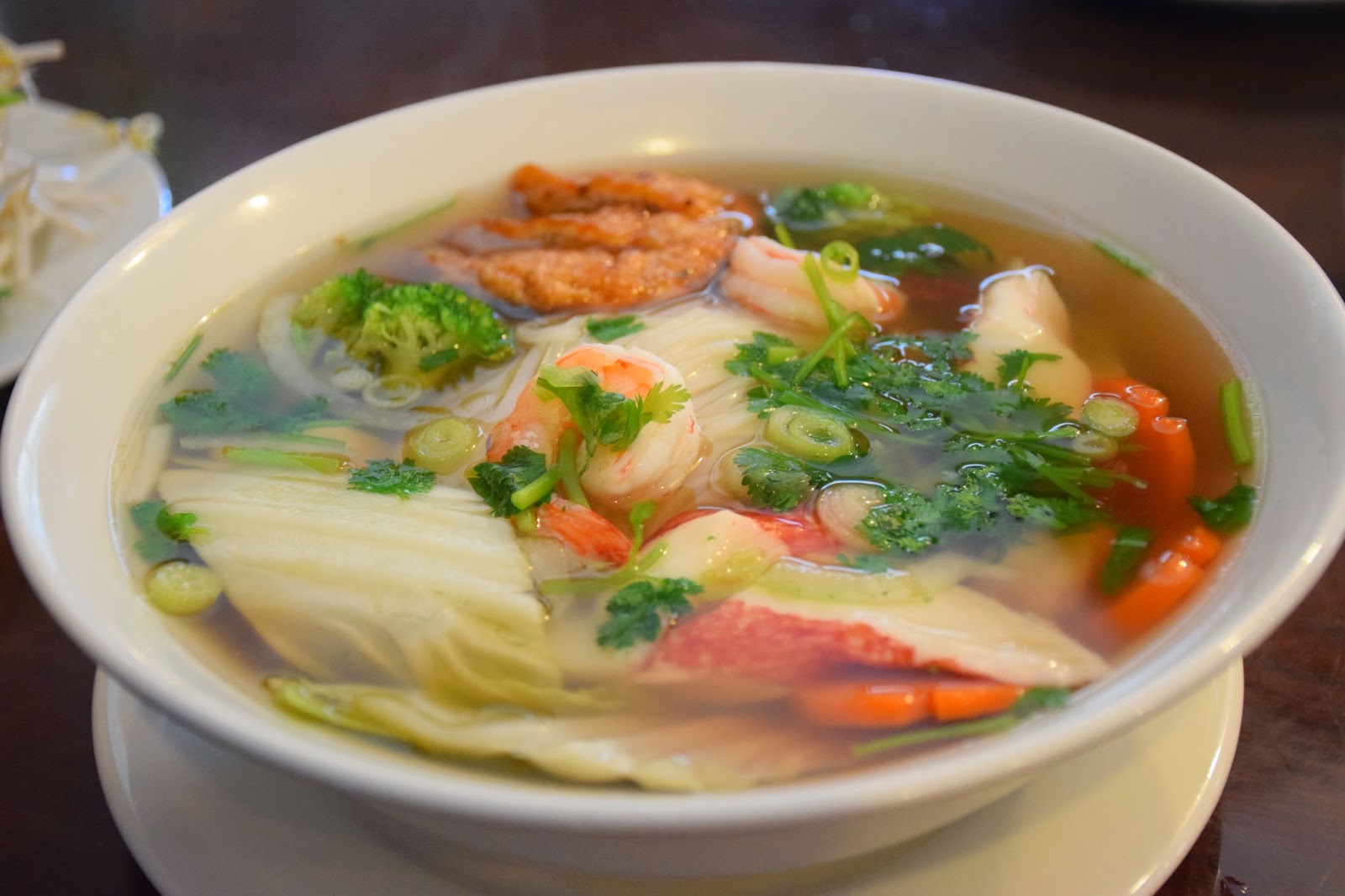 Pho Do Bien
3/5 stars
I settled on a Pho Do Bien, which is basically seafood pho! The broth at Pho Han has a notable sweetness to it. It had about 5 pieces of prawn in it, 3 imitation crab sticks, some carrots, broccoli, and cabbage. The noodles were al dente, and had bite. I found to the soup to be flavourful enough on its own. Msg content was definitely at a minimum because I wasn't excessively thirsty afterwards...yay! 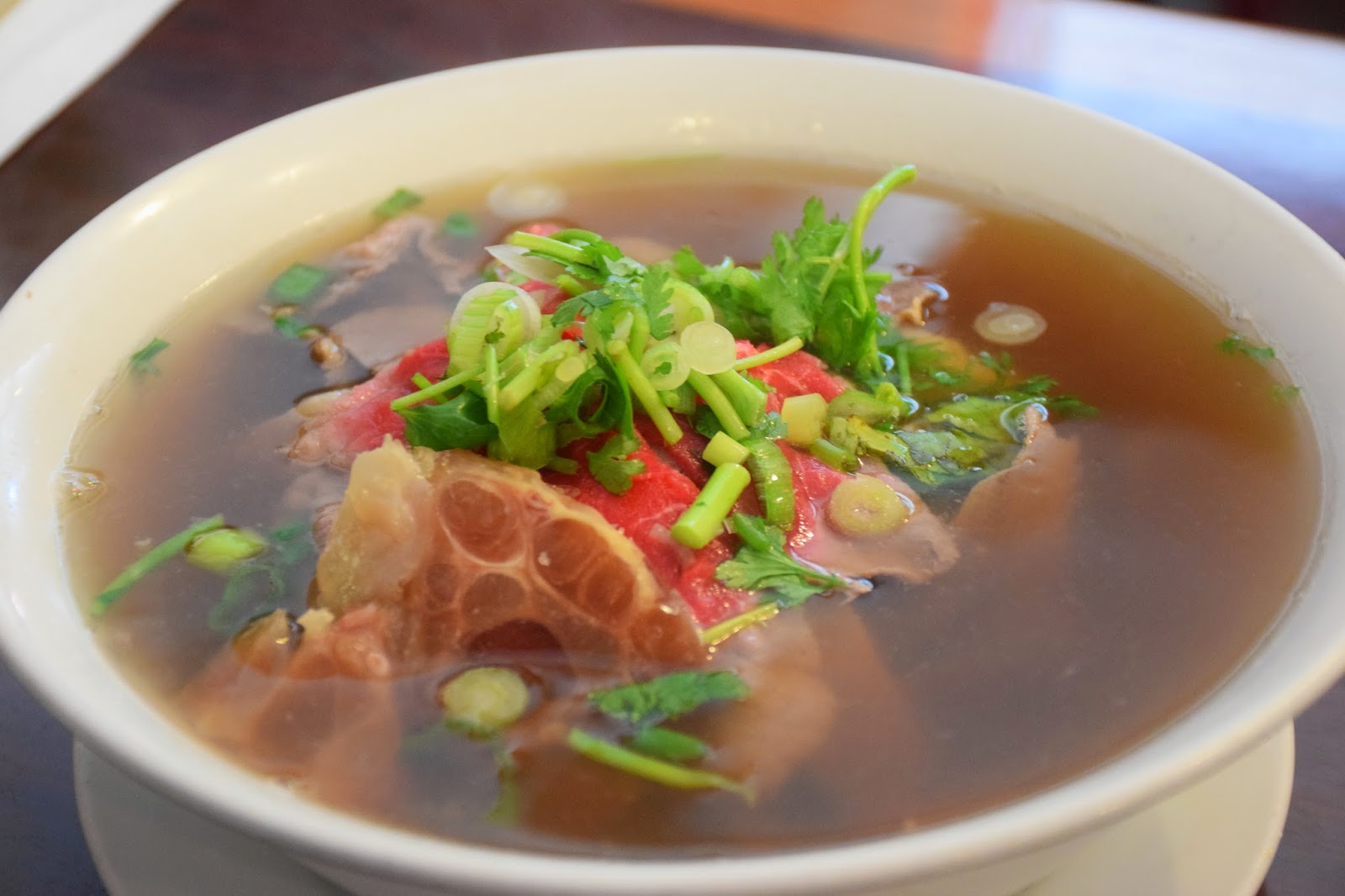 Pho Tam Nam Gan
3/5 stars
This had rare beef, tendon, and beef brisket in it! The broth was clear, and very light on the msg. My dad actually thought it was too bland. I told him "It's great that they didn't put too much msg!" and he responded "Yea, but I don't want my pho to taste like water!" But hey, that's what hoisin sauce is for! ;)
Weirdly enough I didn't find it bland at all haha, I actually thought it was pretty salty! Each to one's own I guess! :)