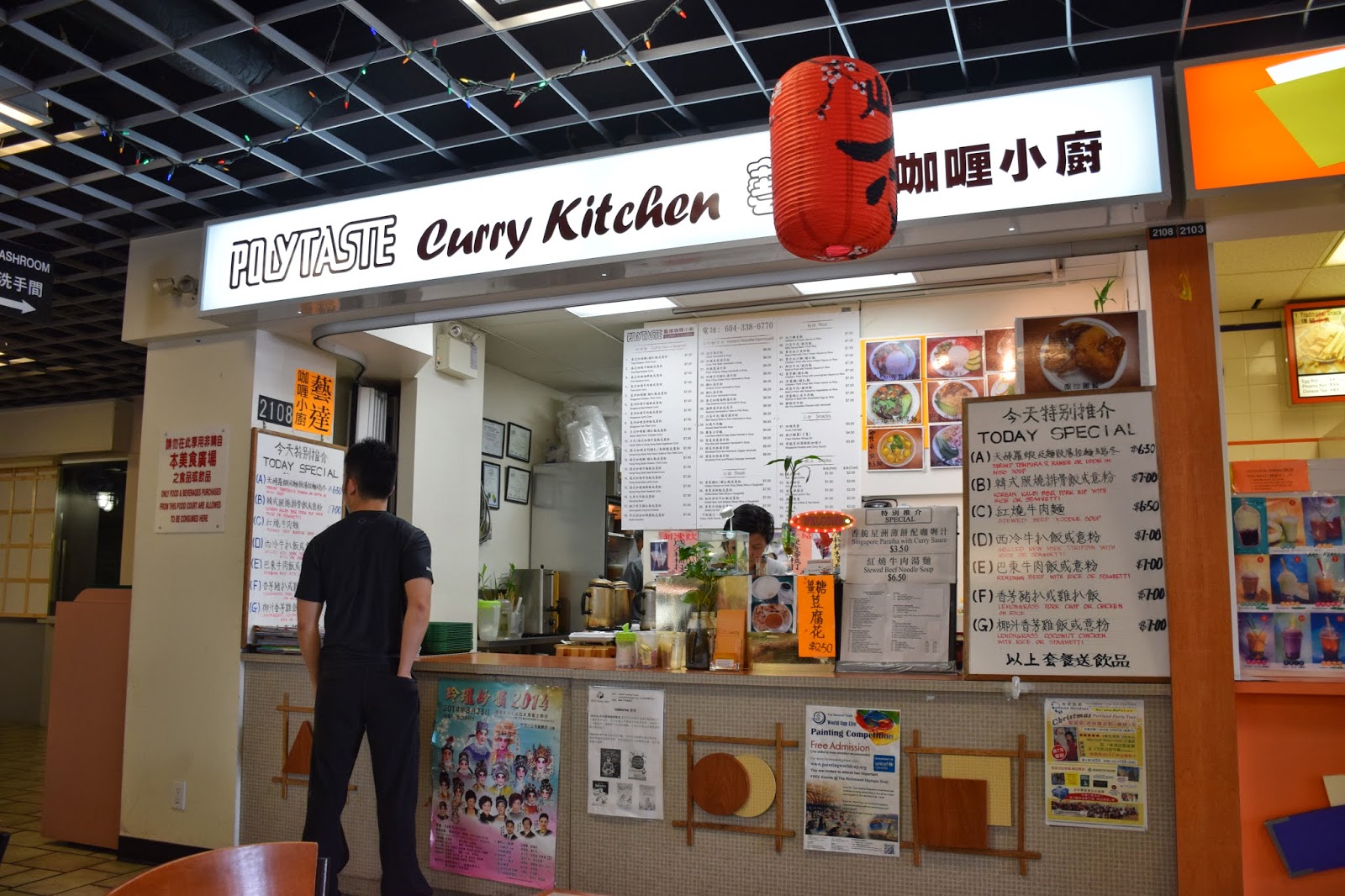 Richmond has set a golden standard for food courts that has yet to be immaculated in Western food courts haha. Don't you agree? Between Aberdeen, Yaohan, Parker Place, and all the other plazas, Richmond is basically overflowing with hidden gems. One that is often overlooked, is the food court in Admiralty Centre.  Admiralty Centre is a small asian mall located across from Pacific Plaza, which most of you would know as the plaza Bubble Queen is located in haha! Boosting only 8 vendors, it still has a few notable eats worth mentioning! My personal favourite being M&W Chicken, which makes some awesome Gwai Fei Chicken! Seriously, you should go try it! Such a hidden gem :D Read my review of M&W Chicken here: http://www.vancitynoms.com/2014/04/m-kitchen-admiralty-centre.html

I haven't eaten in Admiralty Centre's food court for a while now! Polytaste Curry Kitchen seems to be one of the more popular stalls in the food court, with a consistent flow of customers during lunch time! I remember really liking their roti, so I decided to give them another go! Read my previous review of their roti here! http://www.vancitynoms.com/2013/11/polytaste-curry-kitchen-in-admiralty.html 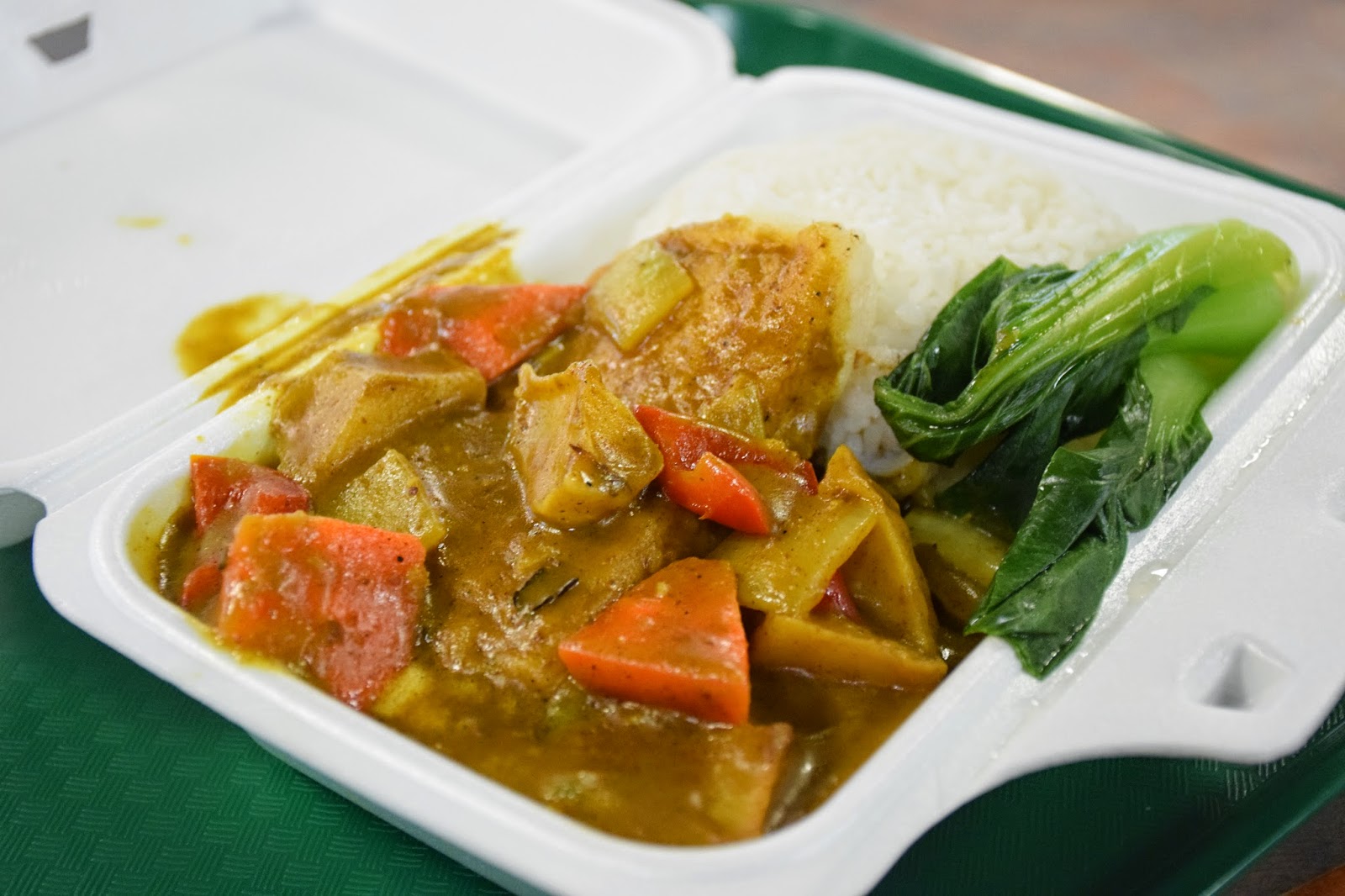 Fish Fillet Curry w/ Rice
3/5 stars
You can also get this in the beef brisket version! I have this irrational fear of tough beef brisket, so I decided to play it safe by getting the fish fillet haha! Am I the only one? ;)
There were 3 large pieces of fish fillet which were all reasonably tender and moist. I wasn't expecting the curry to have much heat, but the curry was actually pretty hot! The curry isn't too thick, and is more on the watery side. I still prefer sweeter Malaysian style curries but if you like spicy curries you might like this! I liked how there was only 3 minuscule pieces of potato haha, because other places usually use potato as a filler to distract you from the fact that there isn't much meat haha! 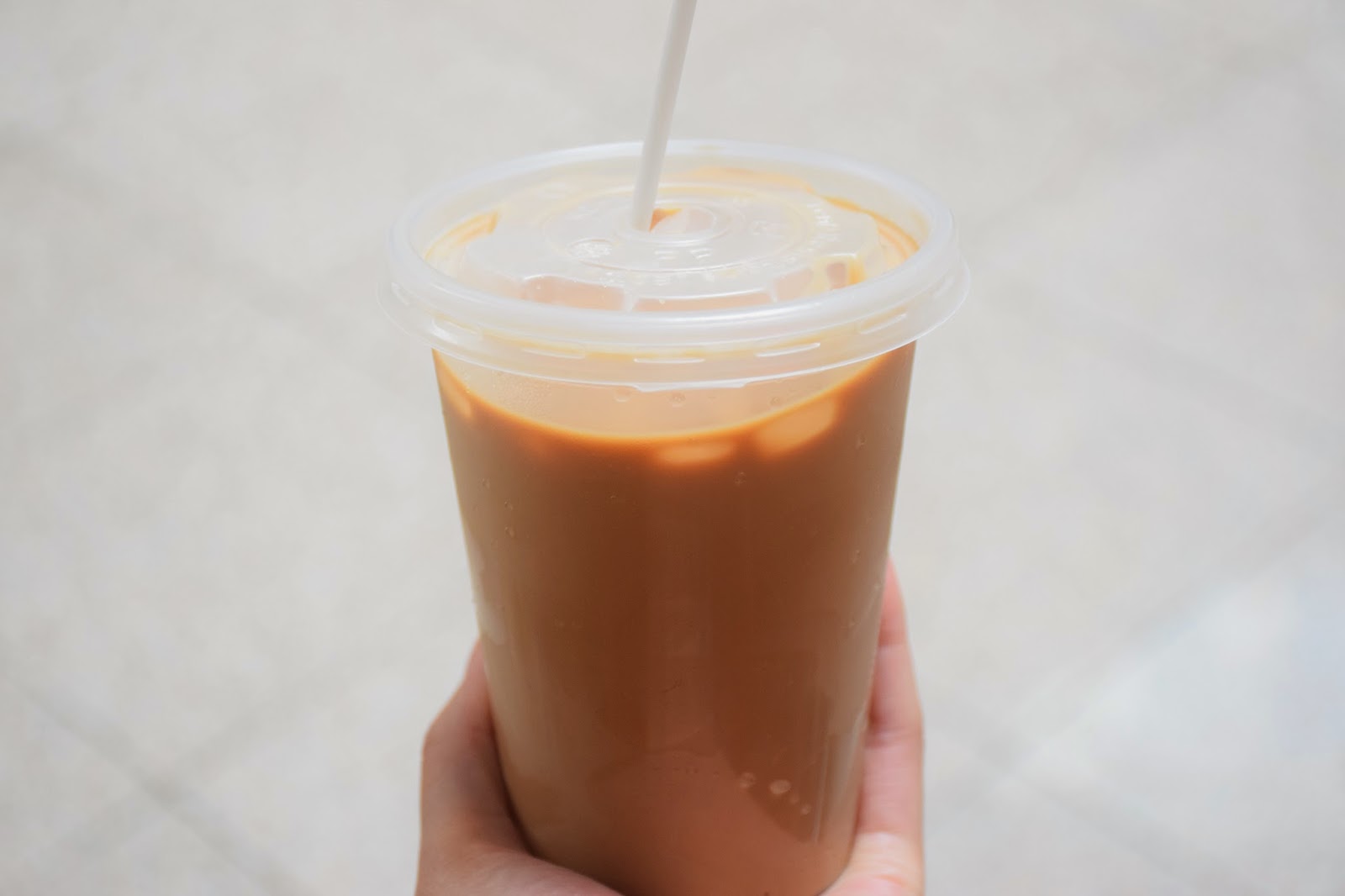 Iced HK Milk Tea
4/5 stars
A drink came complimentary with the meal! Polytaste is one of the few places that doesn't charge you an extra $1 for iced milk tea haha which is pretty awesome! The milk tea is really potent and they definitely don't skimp on the condensed milk! 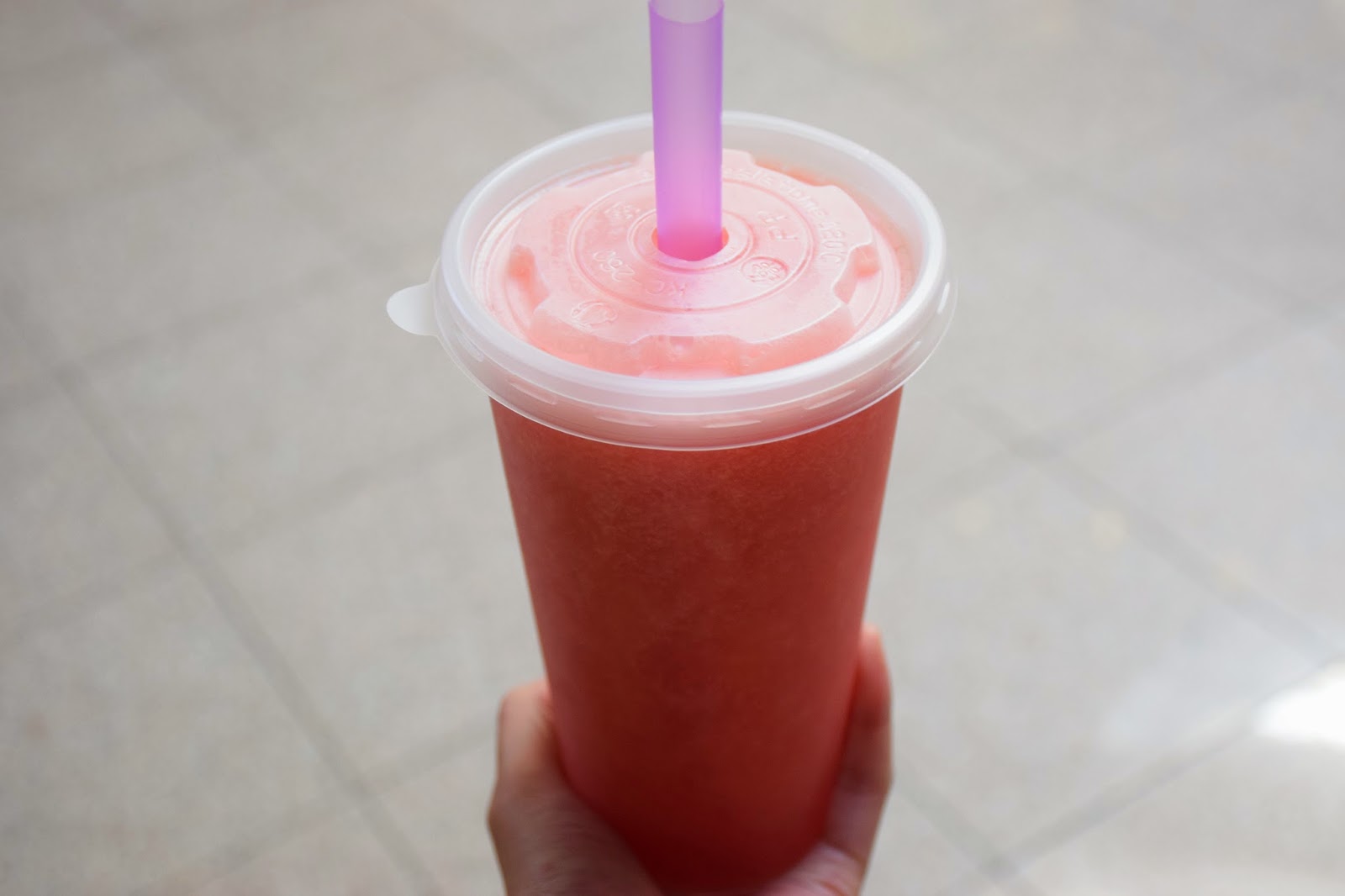 Watermelon Juice from Your Dessert
4/5 stars
I also ordered some watermelon juice for "dessert" from the appropriately named stall "Your Dessert!" haha. The bubble waffles from Your Dessert are super as well! Read my review on it here: http://www.vancitynoms.com/2013/12/your-dessert-admiralty-centre.html

The watermelon juice was rather pricey at $4, but when you're out and you're craving fresh juice, you gotta do, what you gotta do haha!  I asked for no sugar, for my health's sake haha. They didn't add any water, only ice, so it didn't taste watered down at all...yay! Don't you just hate it when your juice tastes like water? Nobody wants that haha!