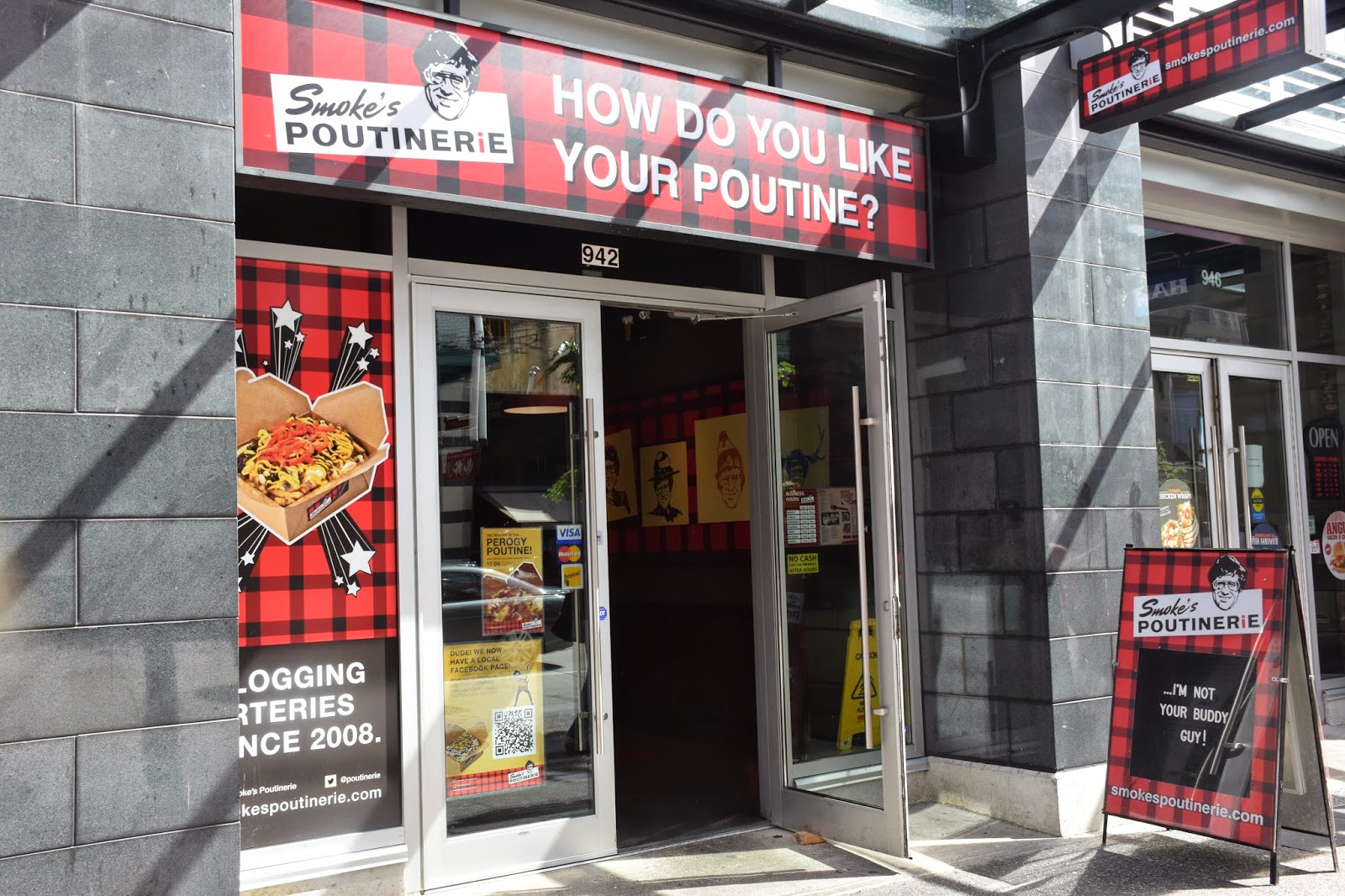 Forget about your regular ol' gravy and cheese curds! Sam's Poutinerie takes the humble Canadian speciality to a whole other level with toppings like steak, bacon, guacamole, salsa, even perogies! This place will definitely disgust poutine purists haha! Smokes without a doubt defies all norms of what poutine should be!

Sam's Poutinerie has locations all over Canada! The location I went to was the one on Granville St. It's just a short 2 min walk from the Granville skytrain station! Their slogan is pretty amusing: "Clogging Arteries since 2008." haha! I don't even want to think about how many calories an entire box is haha! Probably more than a day's worth! Exercise caution kids! :D 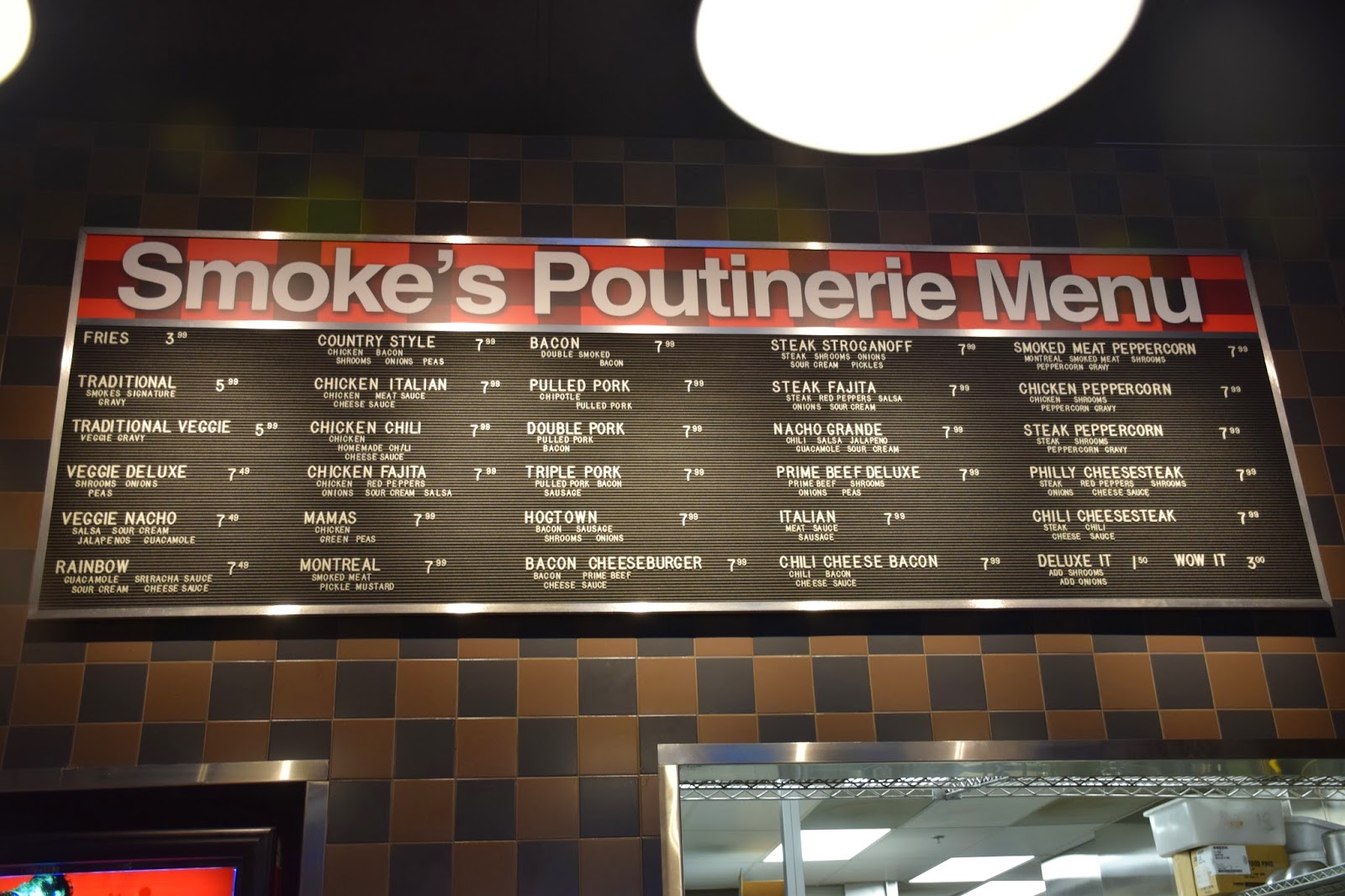 (click to enlarge) Their most popular dishes are their bacon cheeseburger and the philly cheese steak poutine! You can also"deluxe" your poutine or "wow" it, for a few extra dollars! :D 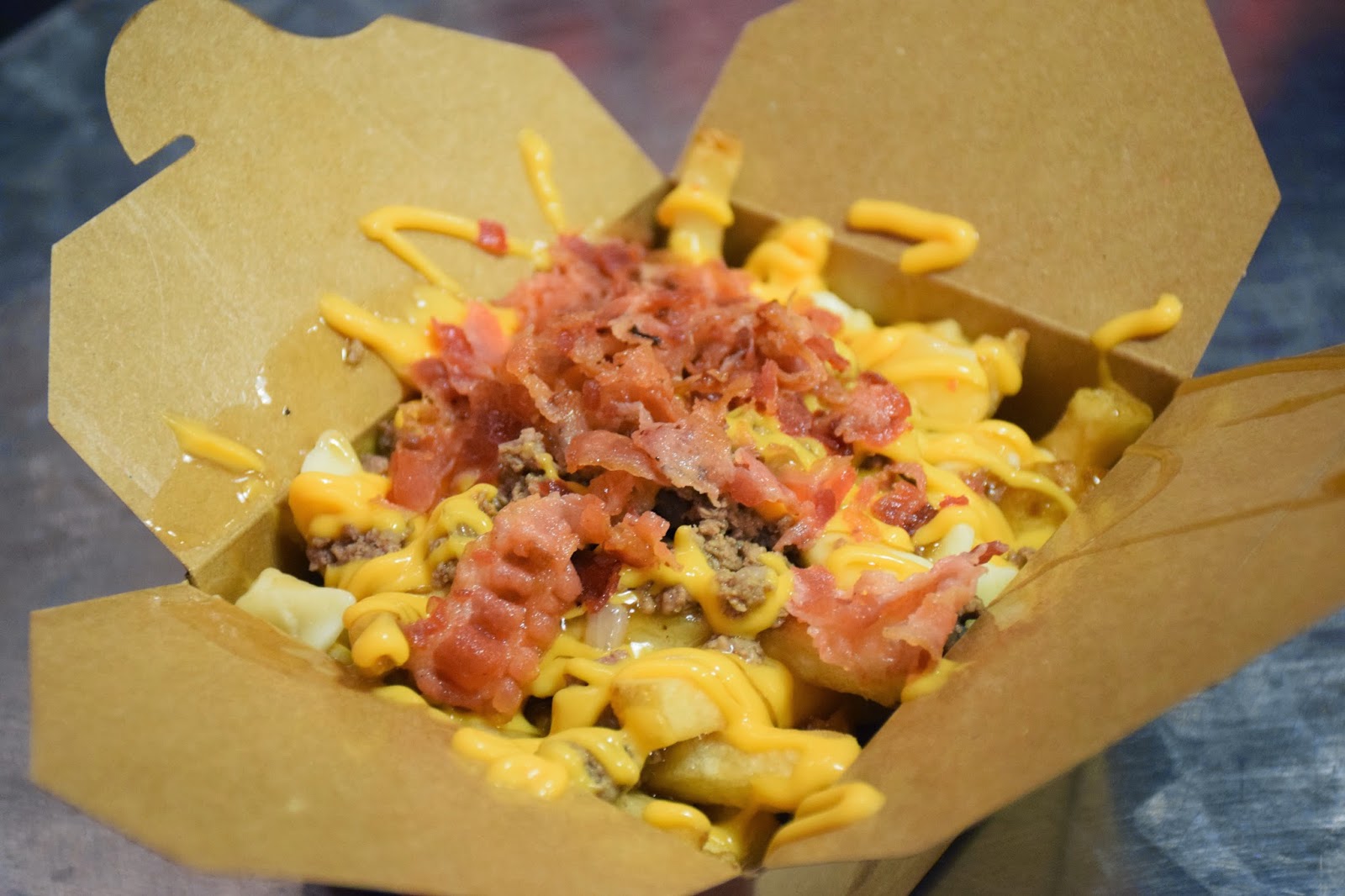 Bacon Cheeseburger!
3/5 stars
Warning: The portion sizes look deceivingly small, but once you dig in you realize just how much food there is! One order should easily suffice for 2 stomachs haha! Props to you if you finish it by yourself haha!

The bacon cheeseburger poutine consists of Prime Ground Beef, Double-Smoked Bacon  finished with some cheese sauce!The bacon was crispy and wasn't too oily, and mixed together with the cheese, it tasted pretty good! The cheese they use is actually mozerella cheese sauce as opposed to the traditonal cheese curds! There was also some minced beef in there, which I would assume represented the meat patty element of a cheeseburger haha! The poutine actually wasn't all that salty, with most of the flavour coming from the bacon and cheese.

They don't skimp on the toppings or meat either, so for $7.99, it isn't bad. My only complaint would be the fries though, they're not crispy enough due to being drenched in toppings and become soggy as a result. They taste (and look) like those frozen french fries you can buy at the grocery store haha 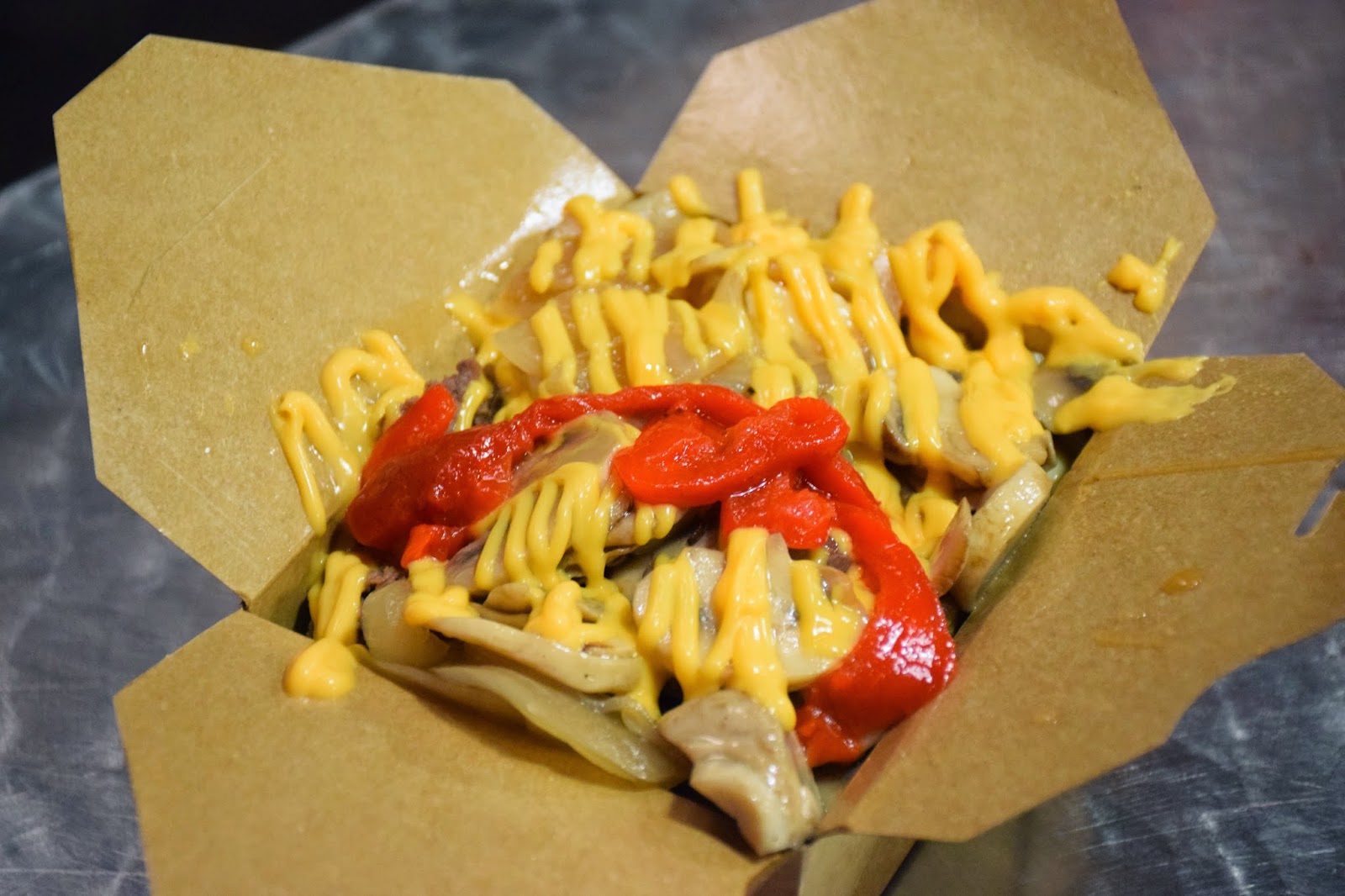 Philly Cheesesteak!
3/5 stars
Wait...what? Steak on poutine? Yes it's true, there really was pieces of steak in it haha! The philly cheeseteak consists of  Flat Iron Steak, Roasted Red Peppers,Sautéed Mushrooms ,Caramelized Onions, topped off with some Cheese Sauce! There was a substantial amount of steak pieces which weroe all reasonably tender! The sauteed mushrooms added a bit of a nutritional boost haha. But that was probably negated by the erroneous amount of cheese haha!

Overall, if you're a fan of unconventional fusion dishes, Smokes is an awesome place for some unorthodox poutine! :D