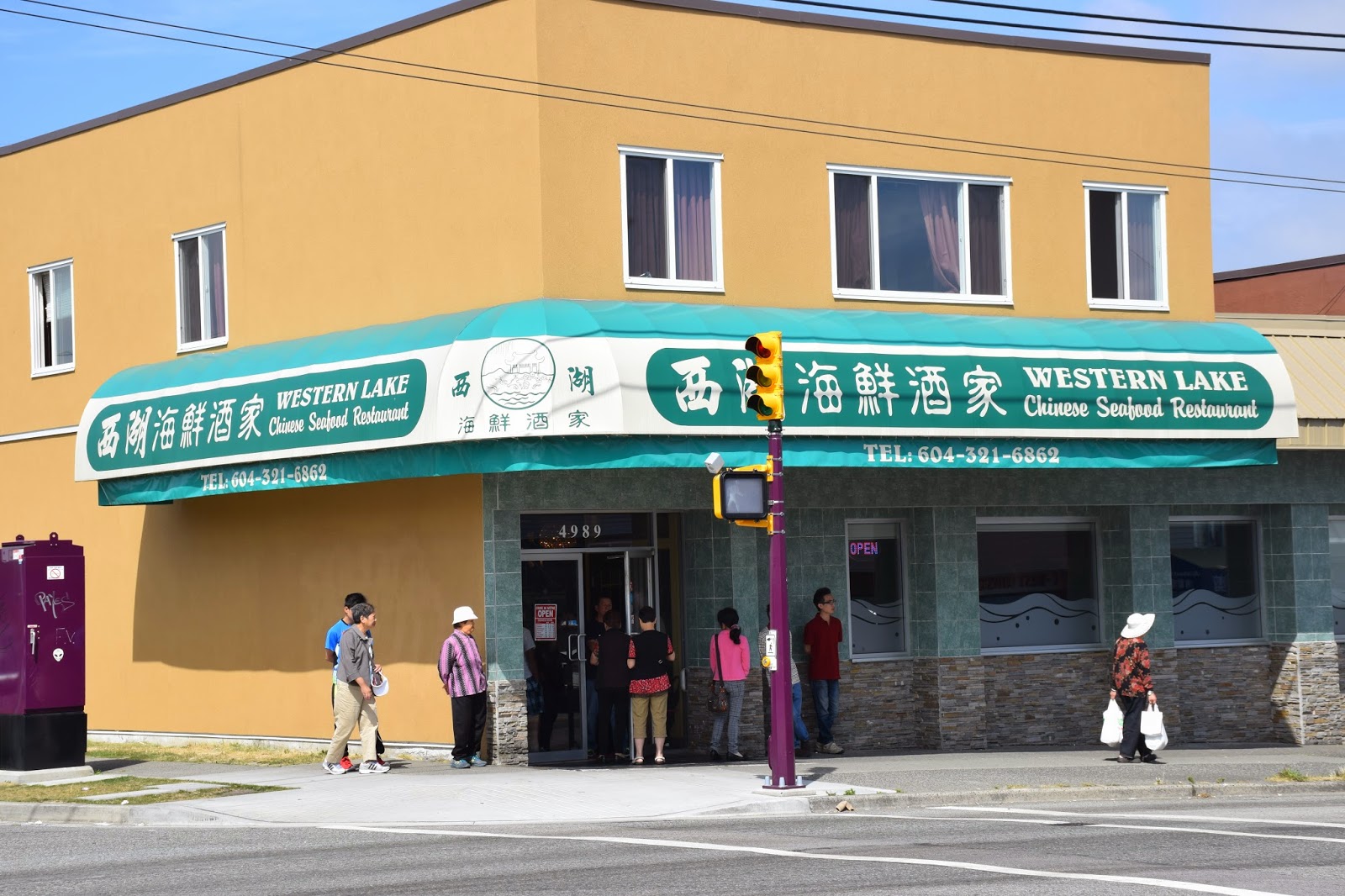 After my grandma's trip to the chiropractor we were planning on going to Kalvin's, but turns out they're closed on Wednesday...haha, why does this always happen to me?! Like last week when I went to Crackle Creme and they was closed, such a bummer! Note to self: always check on yelp before going ANYWHERE haha. With a hungry fam in tow, I frantically searched on yelp for any nearby chinese restuarants and came across Western Lake. I've heard a lot about Western Lake and their ginormous portions, Sherman even hails it has one of his favourite dim sum spots in the GVR!! :O

Okay, the bar was set high. The lineup outside looked promising. We ended up waiting 40 mins for a table -.- My grandma went a bit crazy with ordering, she ordered 10 dishes for the 4 of us haha!We ended up packing up 1/3 of it home! I have to say, I was quite impressed with her choices, I would've picked most of them myself!

My grandma even told the server "She's a food blogger" haha!! Hey, way to blow my cover grandma, I'm supposed to be incognito ;) The waiter ended up treating us much nicer than usual after my grandma's remark, he came back to check on us twice, and asked us "how are you enjoying your food? How does it taste?" haha 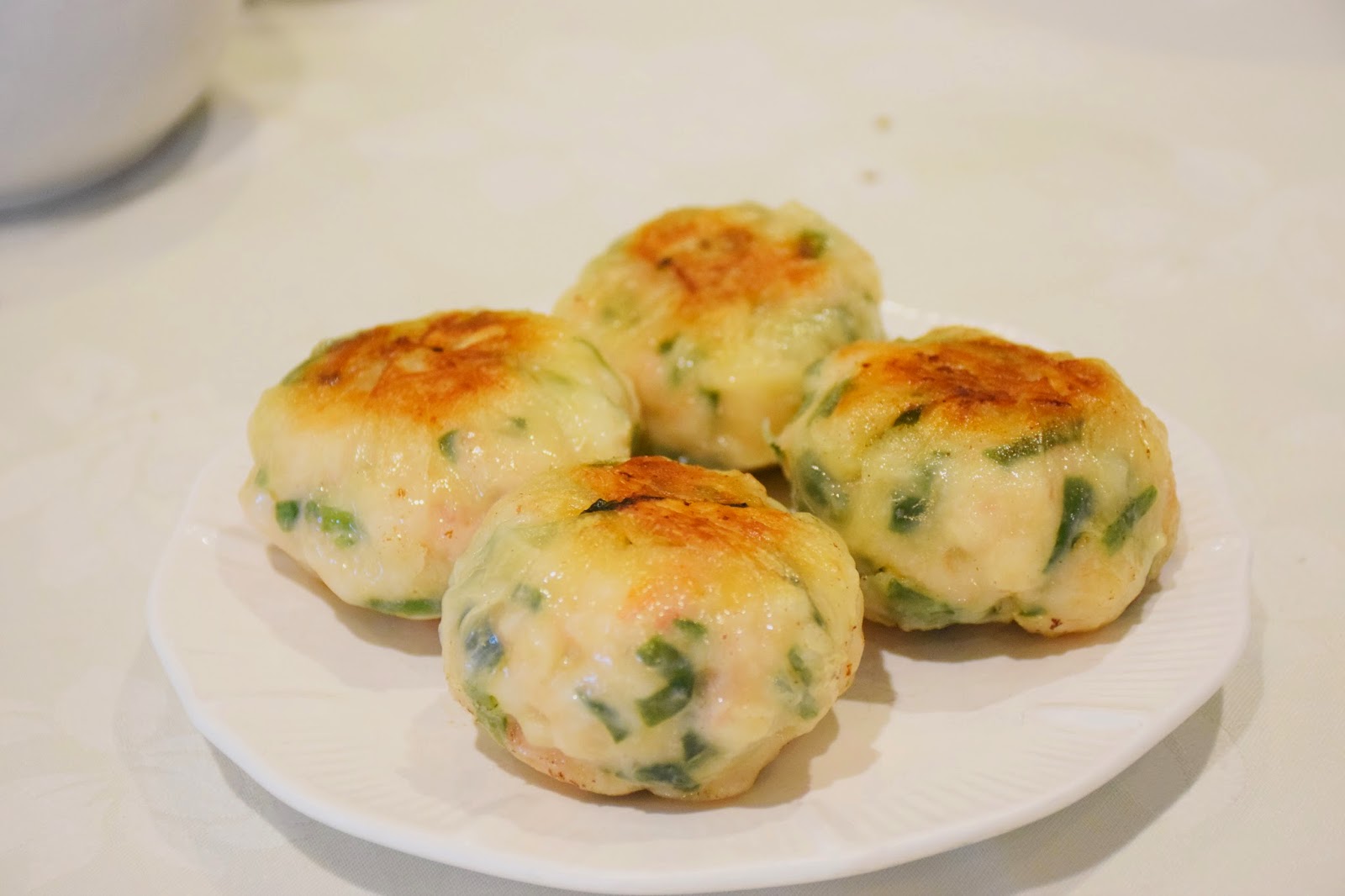 3/5 stars
Wow these things were massive, and they were jammed packed with juicy shrimp! They definitely didn't skimp out on the ingredients, there was no added filler, so this was a great deal! The shrimp was nice and moist, and had an appealing snappy texture to it. The dumpling itself was very moderately seasoned, but I appreciated the clean flavour of the shrimp. 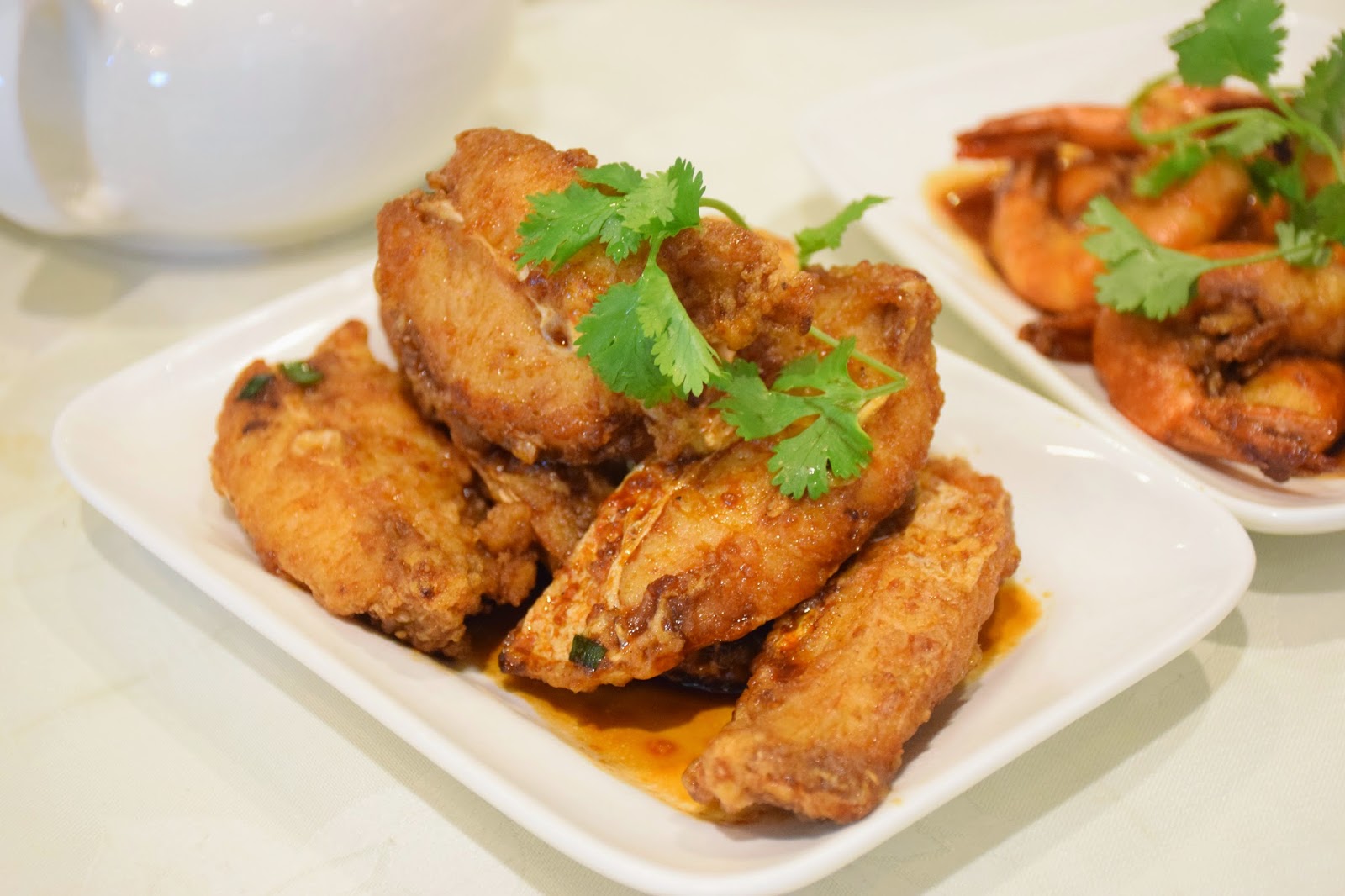 Leather Jacket Fish
3/5 stars
Leather jacket fish? Is the fish wearing a leather jacket? I kid, I kid. The saltiest dish of the bunch, due to the usage of Maggie Sauce. The chunks of fish were huge, they were lightly fried, reasonably tender and flaky. The exterior was super crispy and had a great crunch to it. 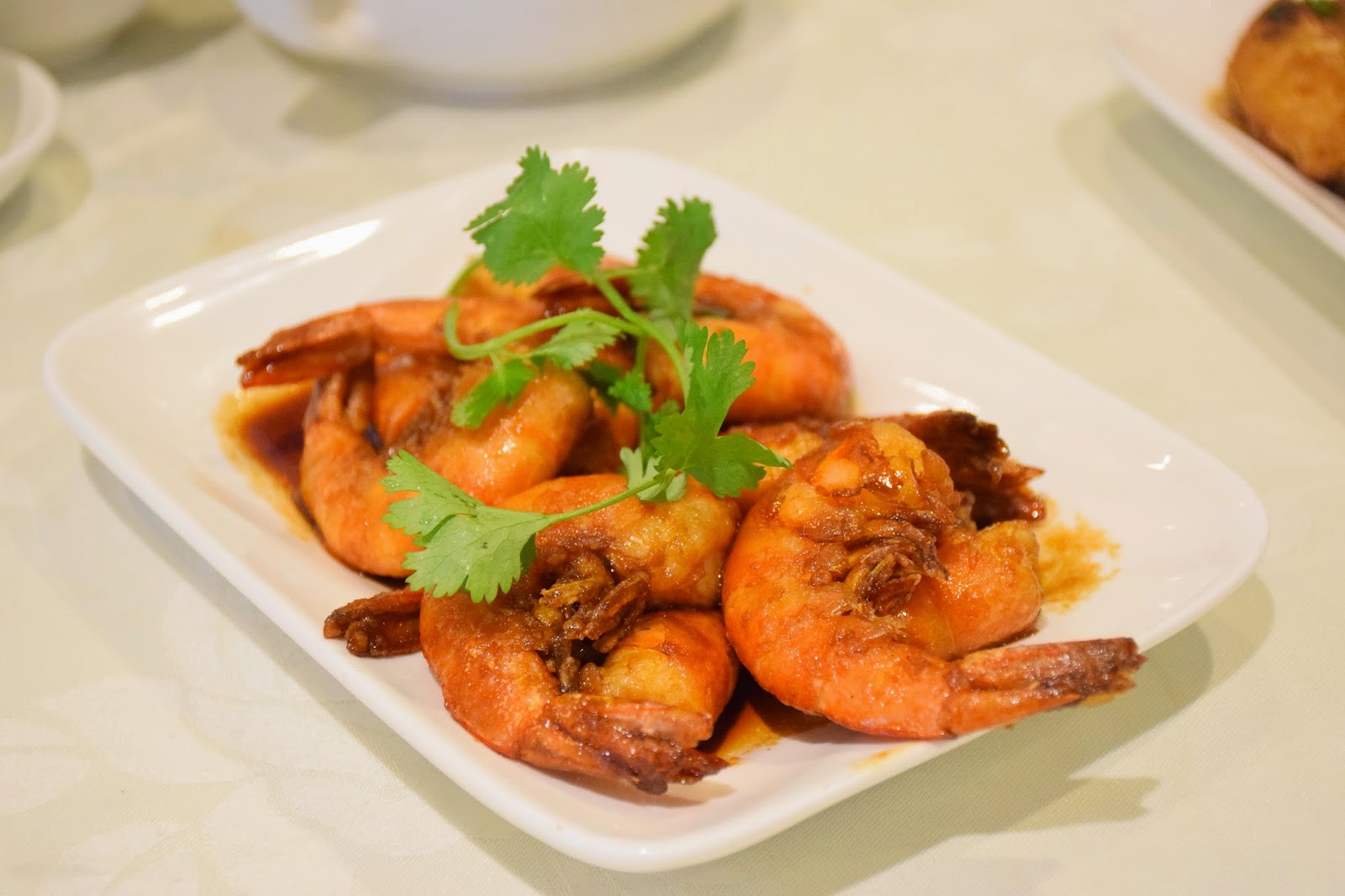 Pan Fried Prawns in Maggie Sauce $6.95
4/5 stars
Second saltiest dish of the bunch! The sauce had a wonderful unami flavour, with hints of red wine. The prawns were large and juicy, with a snappy, bouncy texture. Another standout dish for me! My fam thought it was tad on the saltier side though, haha but hey, they're really sensitive to sodium, so each to one's own! 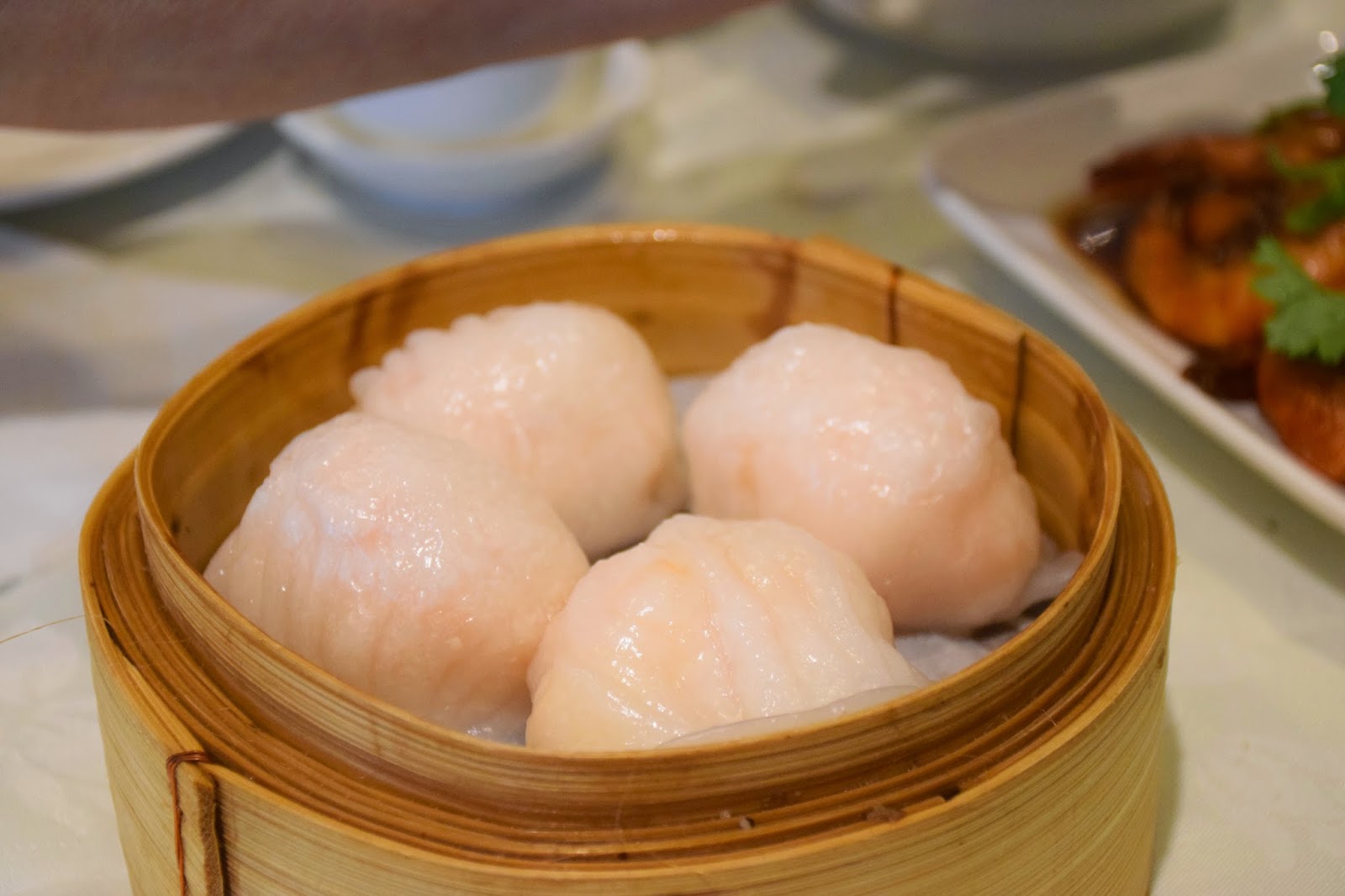 Har Gow $4.60
3/5 stars
They weren't kidding when they said the har gow was the largest they've seen in Vancouver!! My entire family was shocked at the size of these things haha. While there were ample amounts of filling, the skin could have used a little more work, it was a bit too doughy, and thick. The filling was juicy, moderately seasoned as to let the flavours of the shrimp shine through. 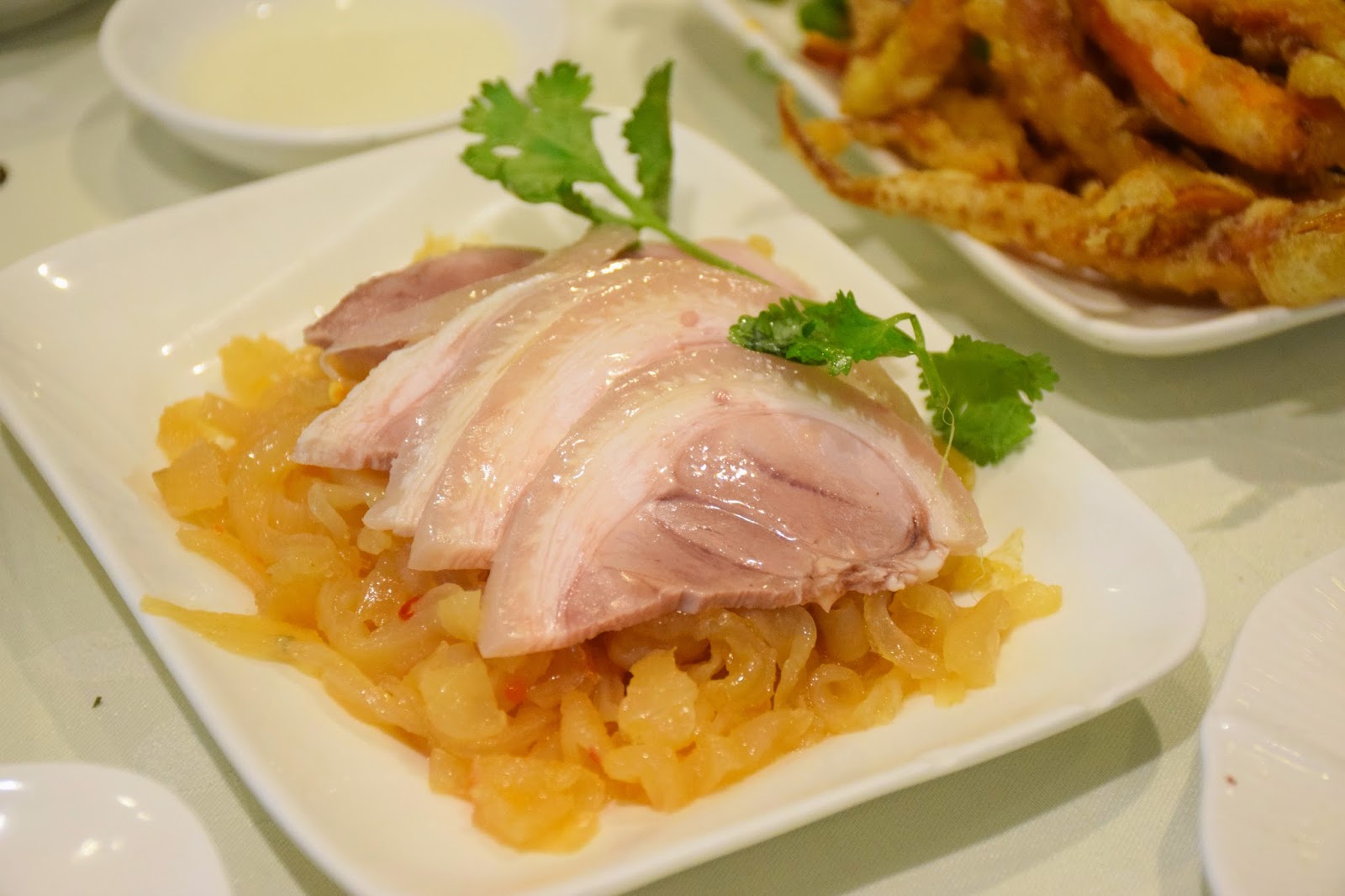 Marinated Pork Hock & Jellyfish $6.25
2/5 stars
This was mediore. This dish is definitely better executed elsewhere. While the meat had a good snappy texture, it was a bit on the bland side, and could have used a bit more seasoning. The jelly fish was chewy, with a bit of added chilli oil as flavouring. 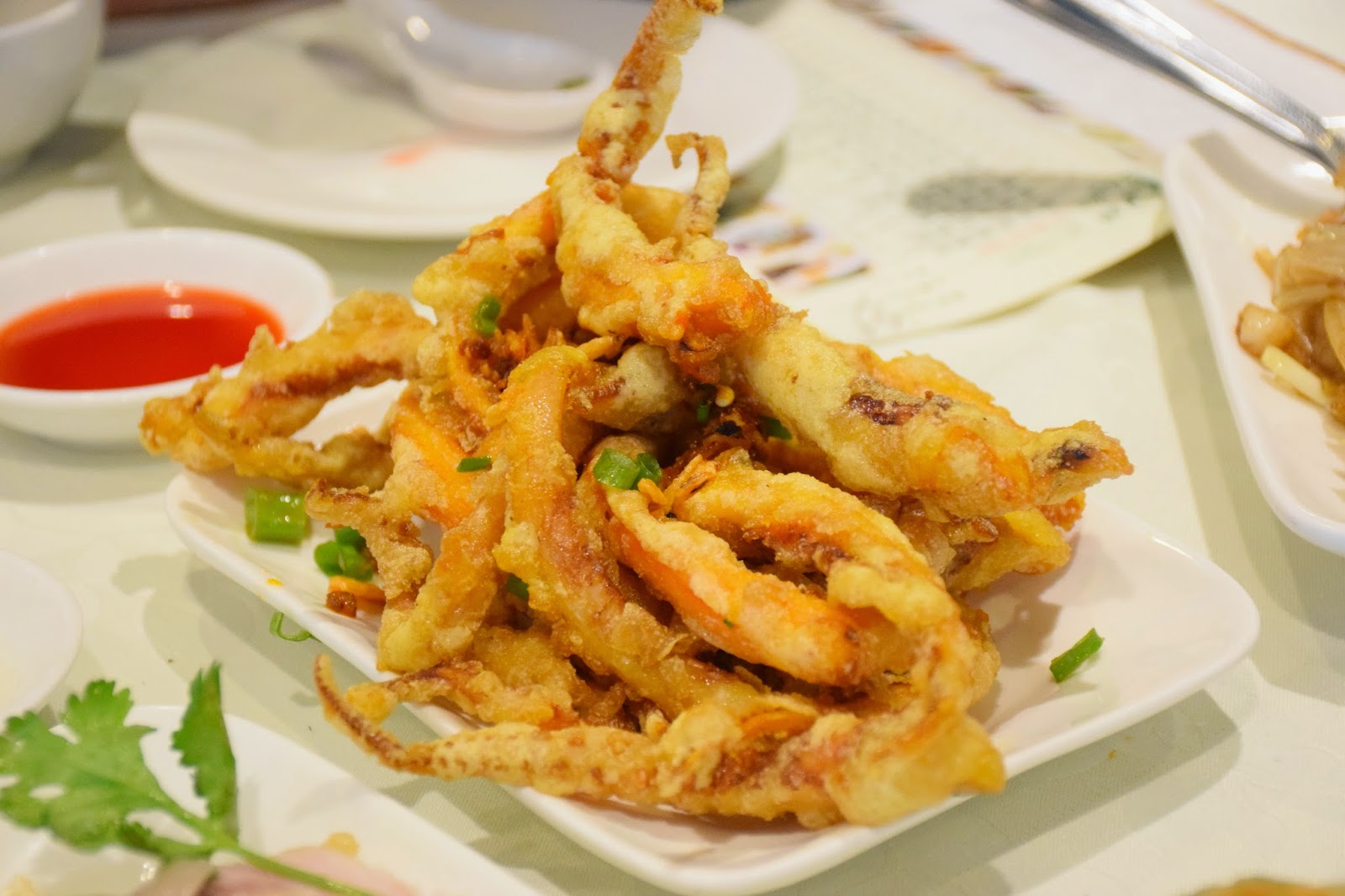 Deep Fried Squid w/ chilli salt $6.95
1.5/5 stars
Another dish better executed elsewhere. I've had many interpretations of this dish, and this wasn't that great. The shrimp was too chewy in texture, and it hadn't been fried properly, resulting in the crust not being "airy enough." It was modestly seasoned, so most of the shrimp pieces were bland, with only the centre pieces exhibiting flavour. 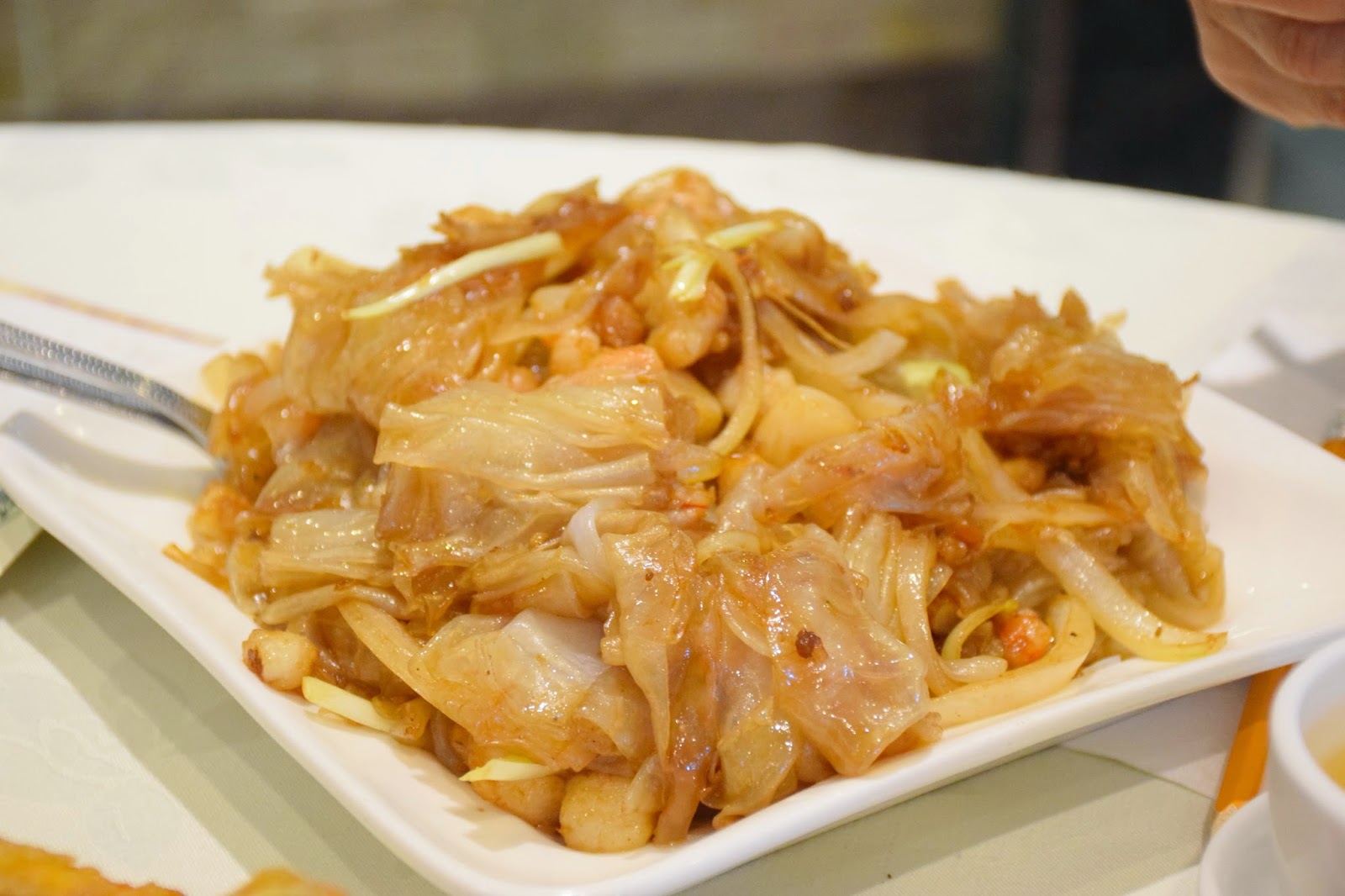 Special Noodles with Seafood $14.80
2/5 stars
This was huge! The noodles had good wok hey heat to them, but was lacking in overall flavour. It was good value though, it did have a ton of seafood in it, so the quality was there! The noodles had bite to them, and were overall textually pleasing. 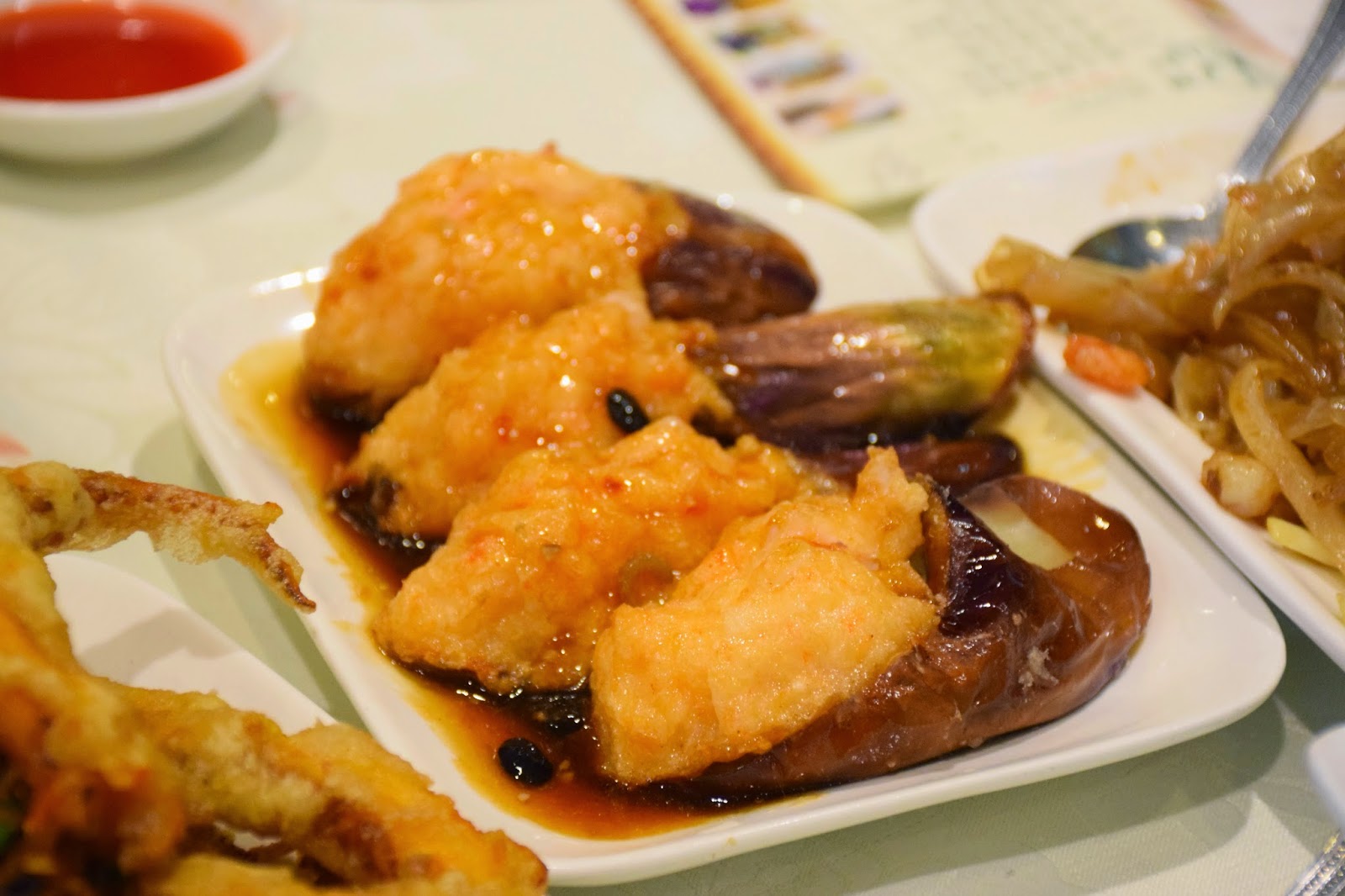 Eggplant w/ Shrimp Paste $4.60
2/5 stars
While the eggplant was soft and pleasing in texture, the shrimp paste was a little void of flavour and was too reliant on the sauce. The shrimp paste was bouncy though, with a great chew. The black bean sauce wasn't overly salty though, which I appreciated. 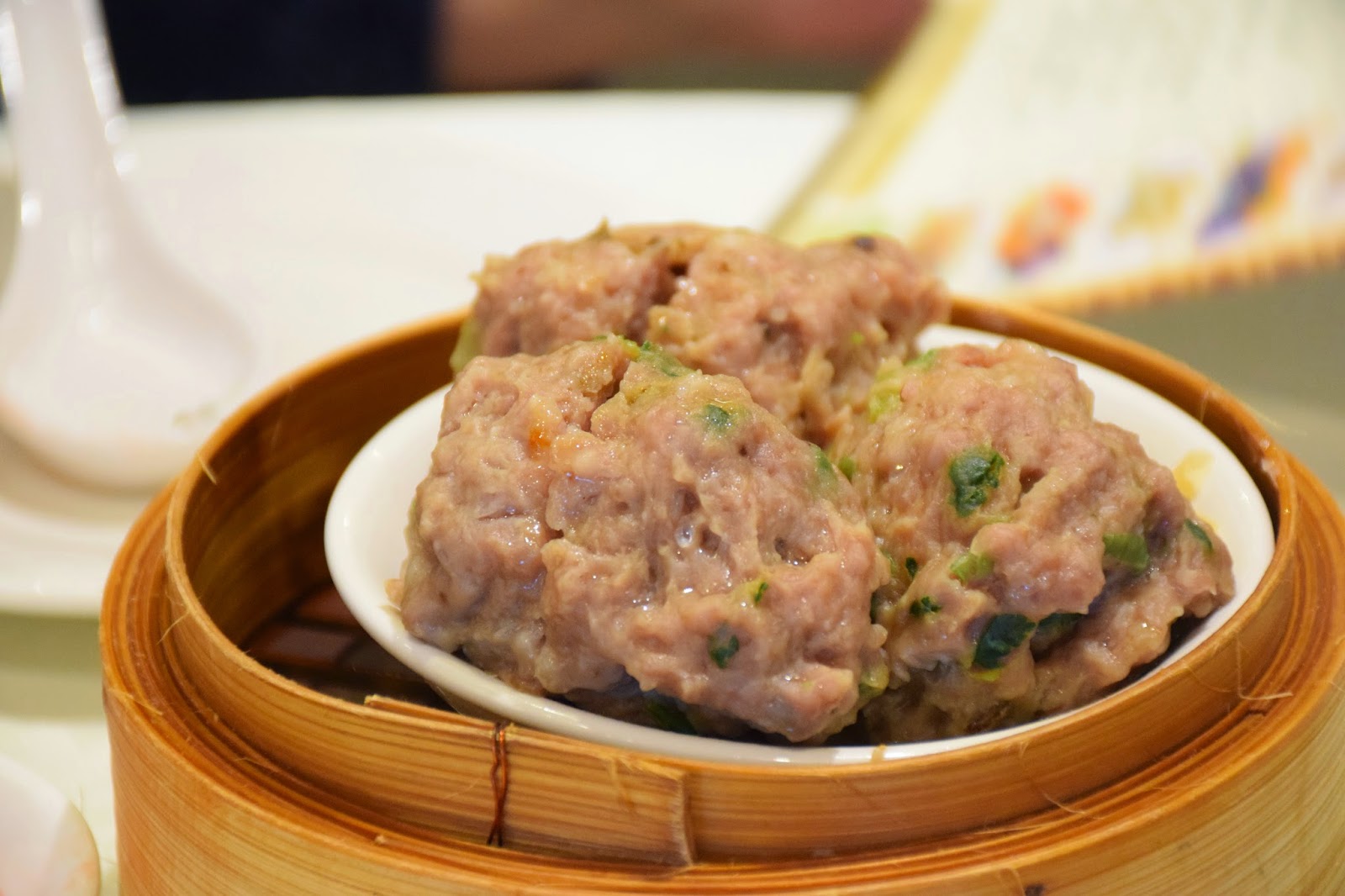 Beef Balls $4.10
3/5 stars
These were a favourite for the gparents!! The balls were massive,tender, juicy and not too gummy. Even though it was tender, the baking soda element wasn't apparent. It was moderately seasoned, exhibiting only a strong chive flavour. My family was raving how "it wasn't too salty!" haha 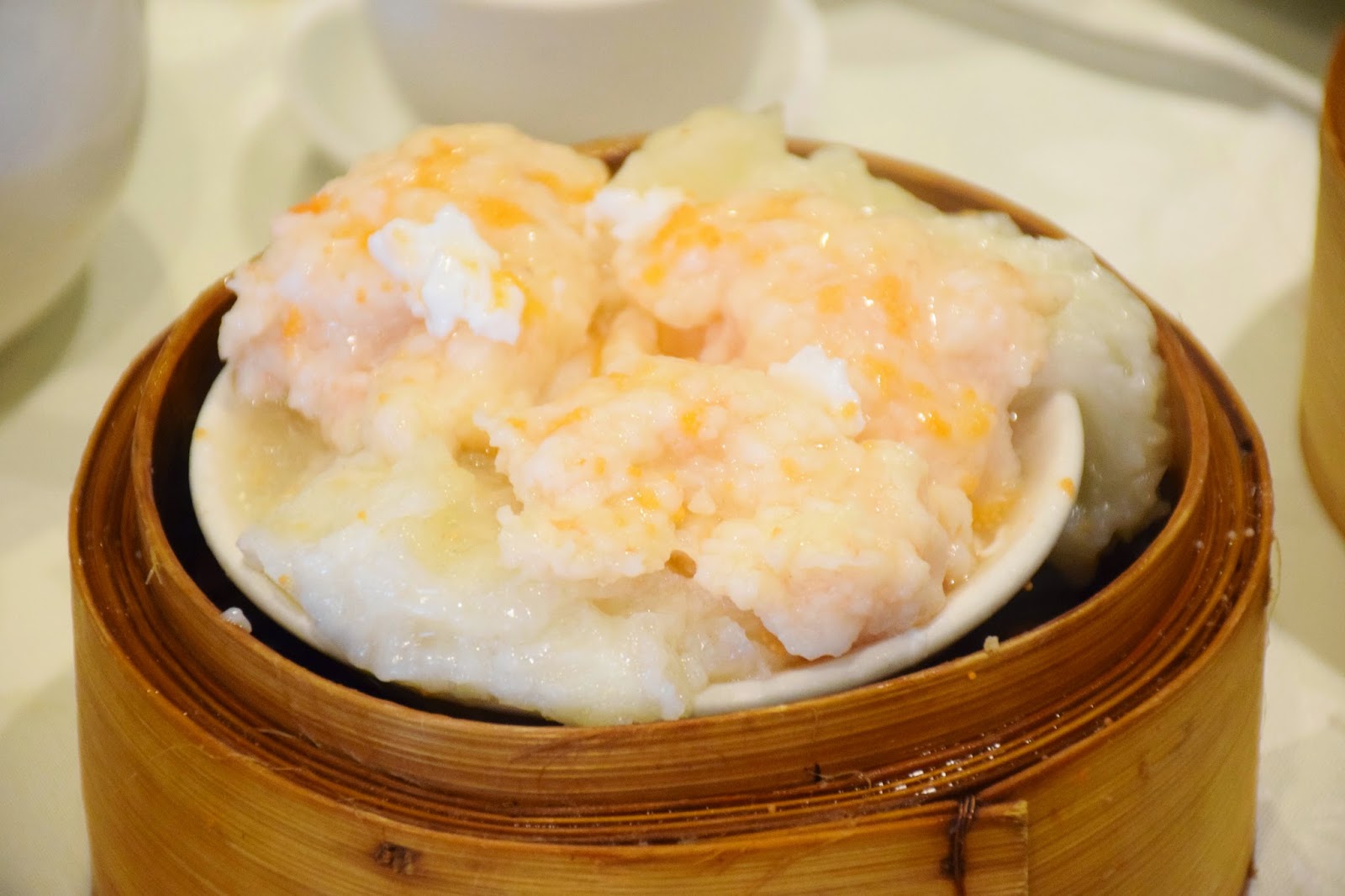 Fish Maw w/shrimp paste $5.35
3.5/5 stars
Another standout dish! The fish maw was super soft, melted in your mouth and packed with flavour! The shrimp paste was snappy and had a great texture to it. Fish Maw is expensive in Taiwan, so this was a huge win for them! 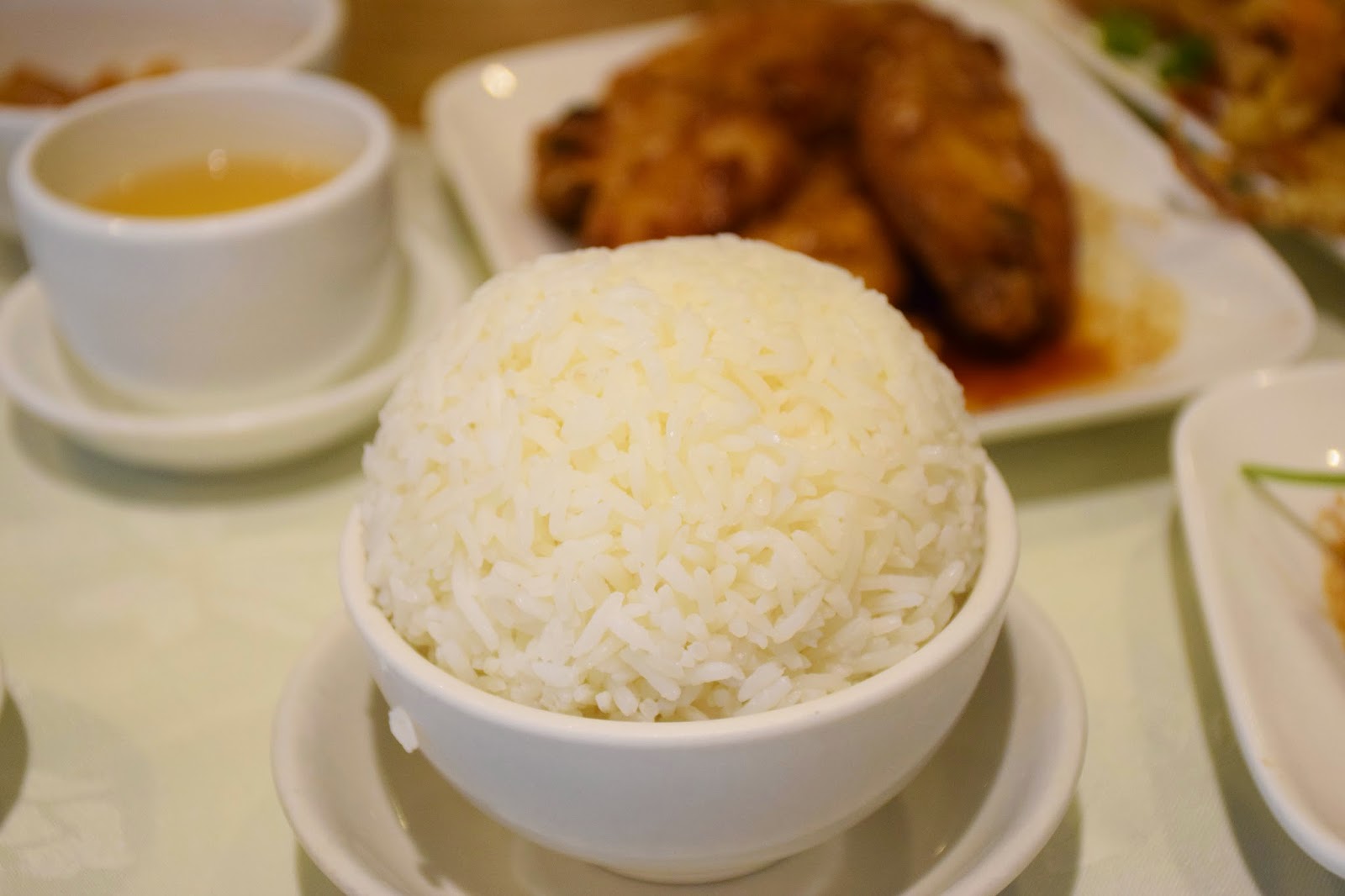 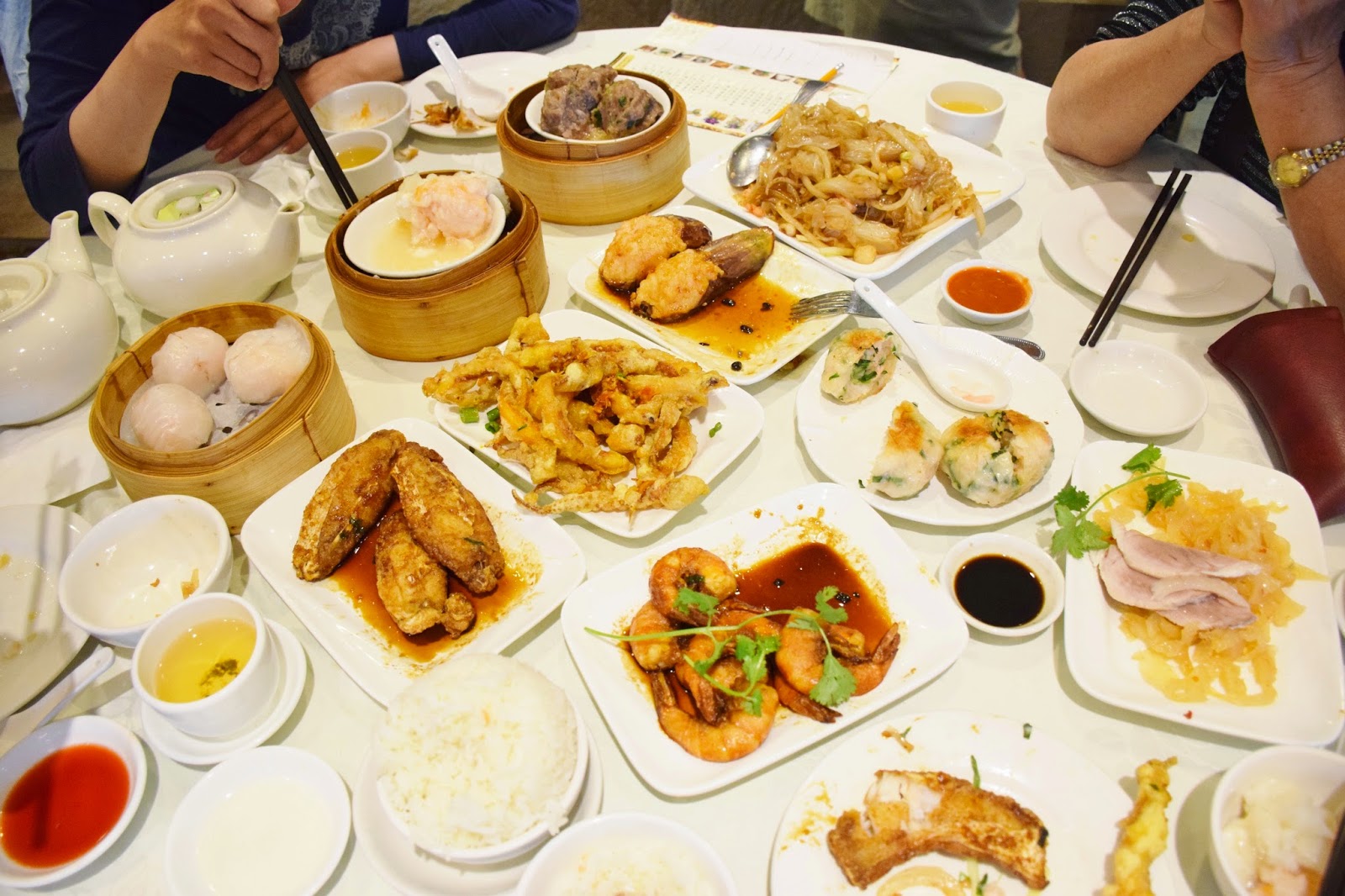 Overall the bill came to $72.61 before tips, which for 10 dishes, wasn't bad at all! While Western Lake doesn't have the *best* dim sum, the fair prices, and more than generous portions makes up for it!