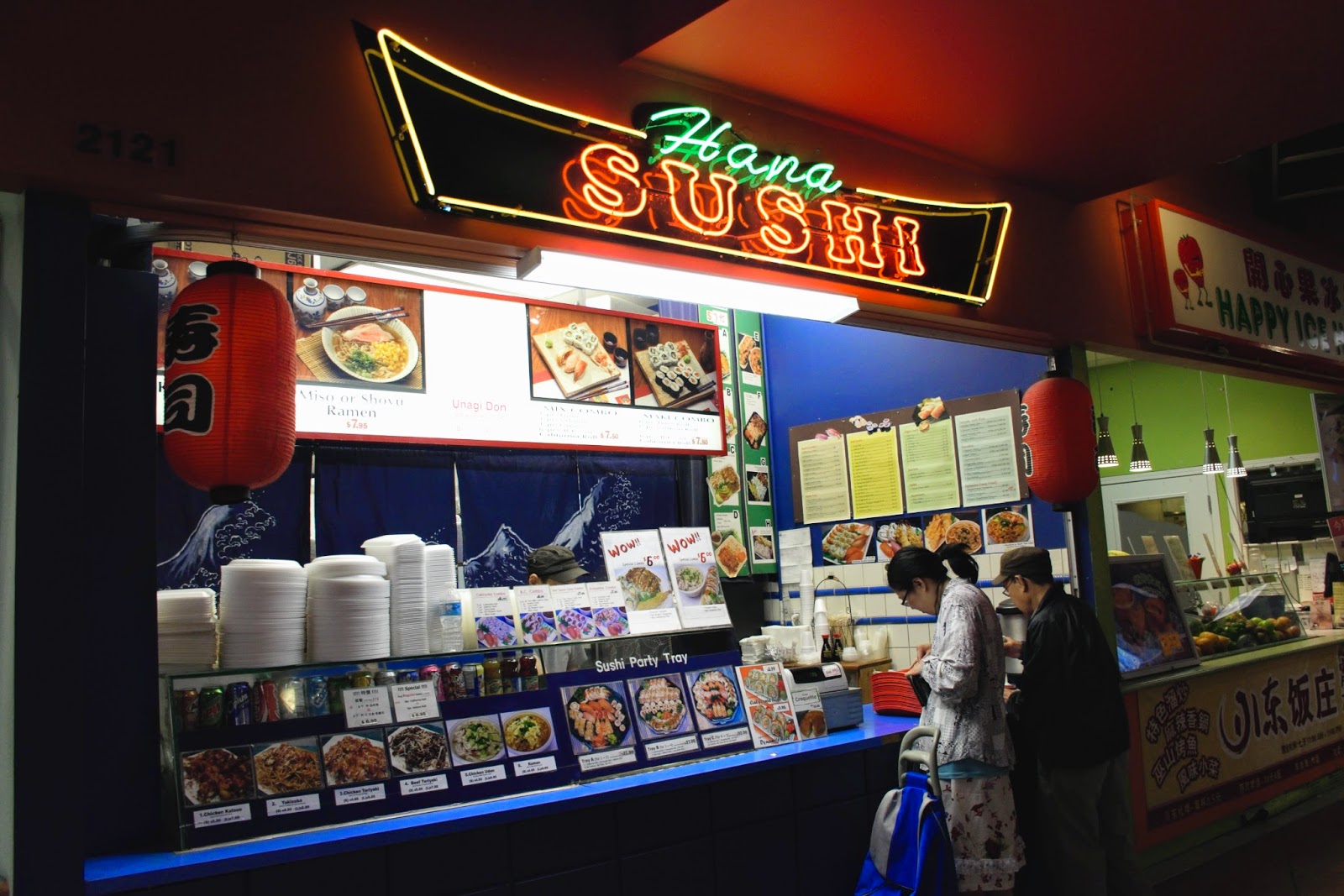 I know what you're thinking: What am I doing eating sushi in a food court?! Did I go broke? Am I out of my right mind? Well no haha, but I'll never be too good for food court food! I've been eyeing Hana Sushi for a while now, ever since they opened up shop 5 years ago!

Hana is a small mom & pop owned stall in the Crystal Mall food court located near the escalators! The owners are actually Japanese, which I wasn't expecting! I mean, it is Crystal Mall after all haha! I actually got my mom to "test them" by speaking to them in Chinese to see if they understood haha, and they didn't, which confirmed the authenticity of this place! They even have miso and shoyu ramen! 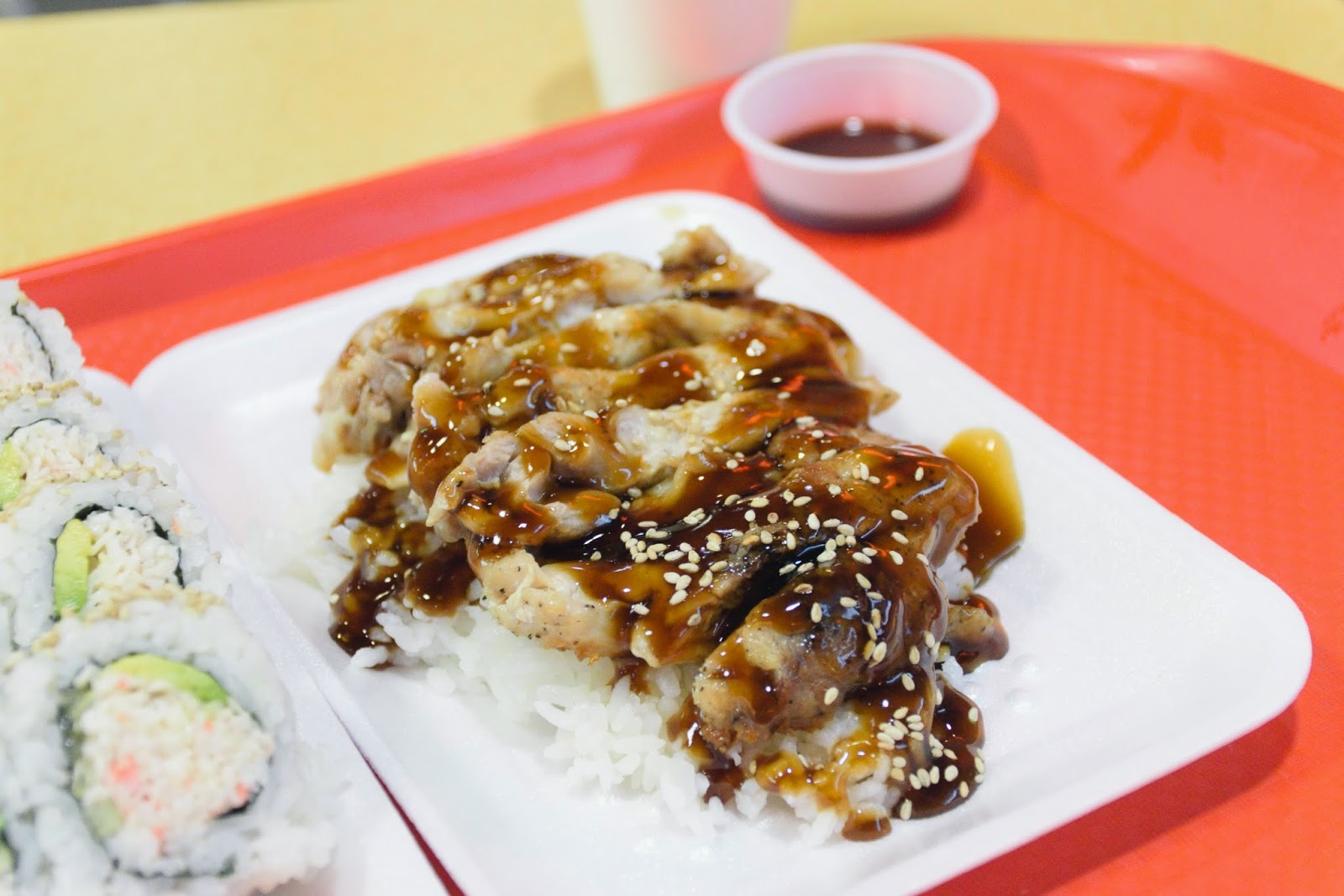 Combo F: Teriyaki Chicken Combo w/ 8 pieces Cali Roll & Nigiri $7.50
3/5 stars
I don't eat teriyaki chicken that often, it's one of those "faux" Japanese dishes, but its usually a safe bet when you're ordering from a Japanese stall in a food court. I saw a lot of people ordering this so I figured I would give it a try! I was pleasantly surprised! The chicken was reasonably tender, juicy, and had a nice charred flavour. The sauce wasn't too thick, and was predominately sweet. For a combo, the portion size was quite large, so it was a great deal! After polishing off the entire combo, I was stuffed! 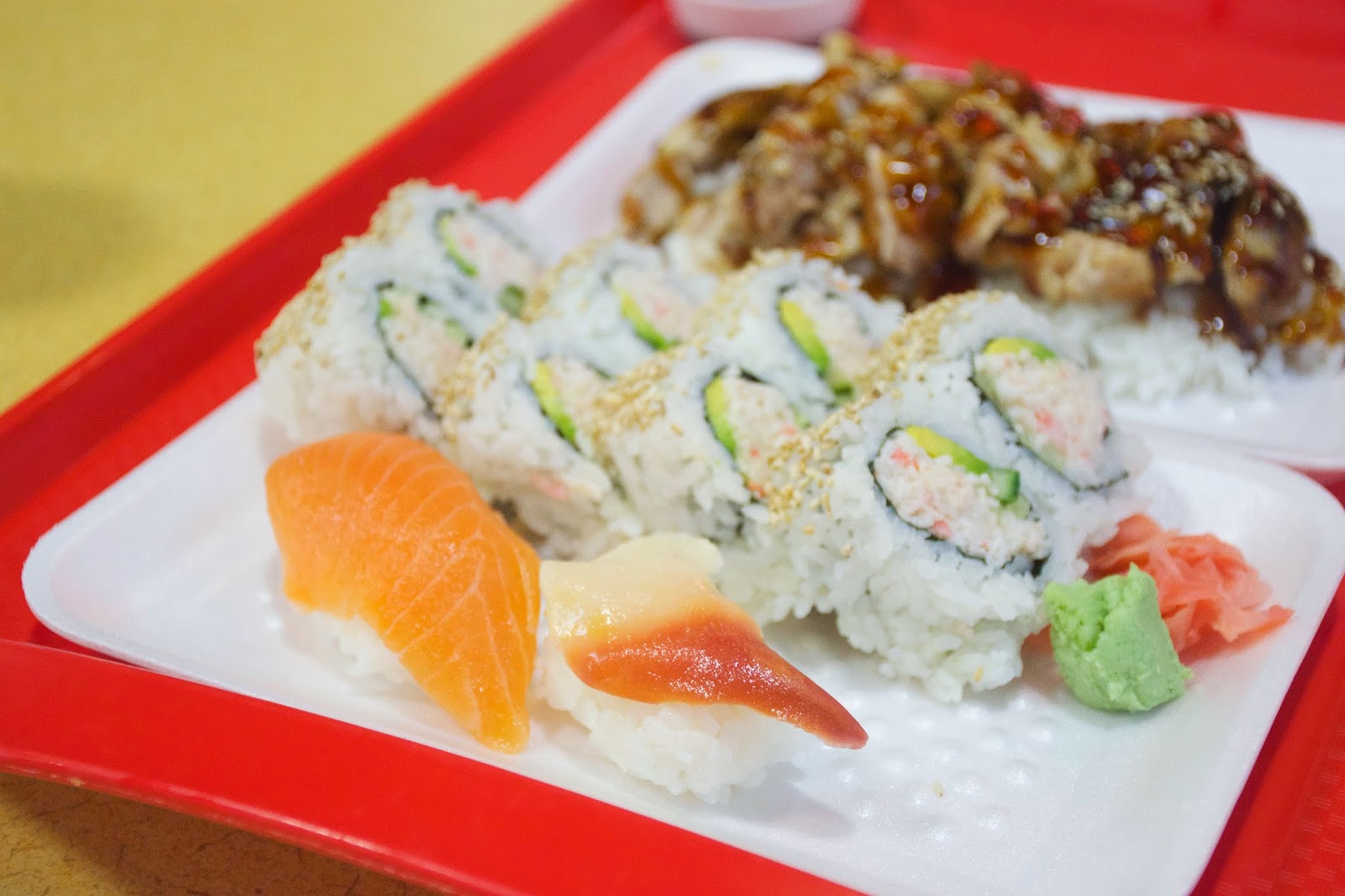 Salmon & Hokkigai Nigiri
1.5/5 stars
At Hana they only have a few rolls (California & Dynamite) and a small selection of nigiri.
I didn't have high hopes for the nigiri, and I was right. The salmon was predictably farmed salmon, so it lacked in taste. The hokkigai was too rubbery, and didn't taste that fresh. 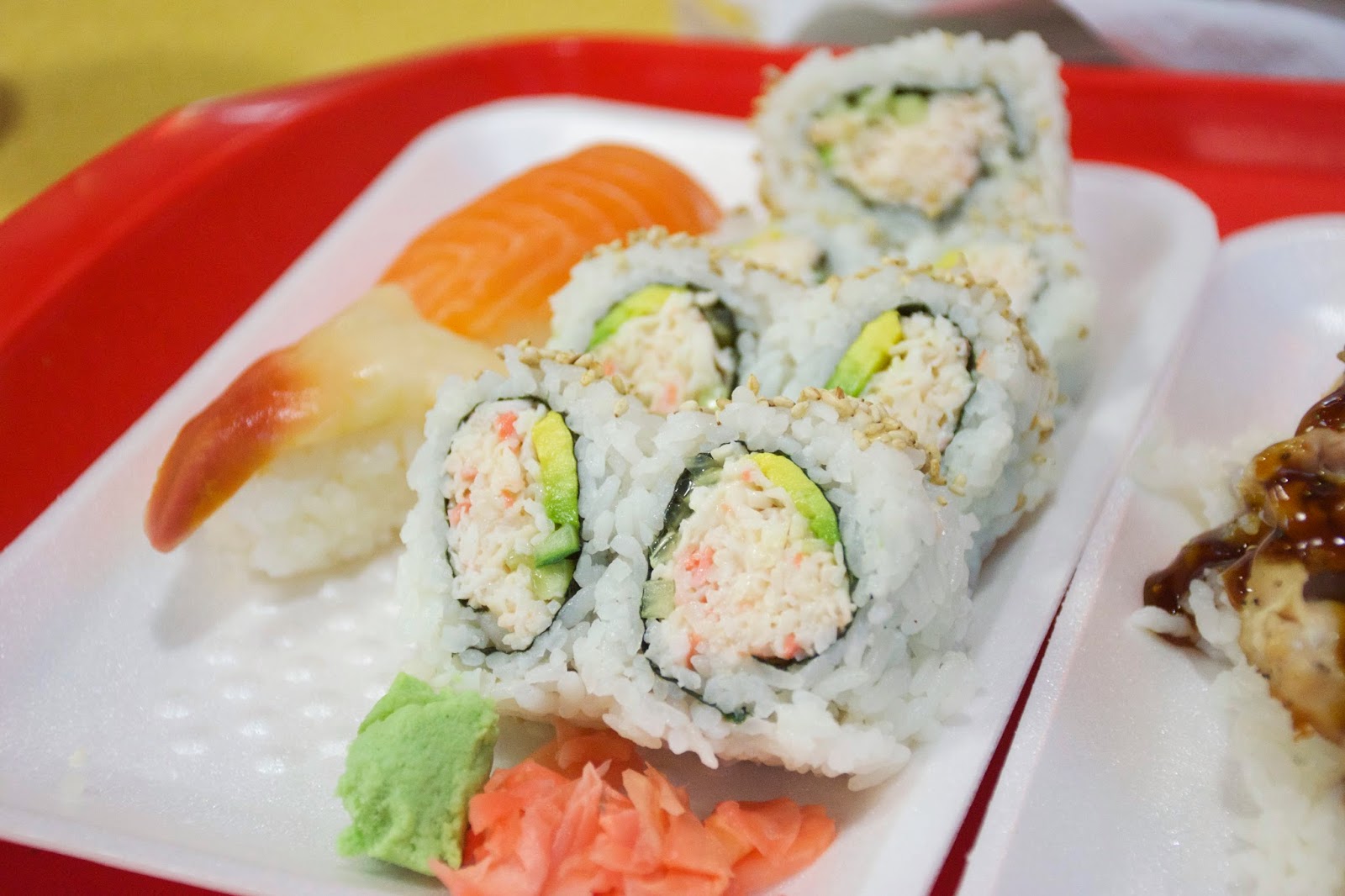 8 pieces California Roll
3/5 stars
This was actually fairly decent! It was neatly assembled and the rice to filling ratio was substantial.The rice was tightly packed, with a subtle sour rice vinegar taste. The imitation crab meat was moist and well flavoured. Personally I thought the avocado slices were sliced far too thin, but it wasn't that big of a deal. There was a liberal sprinkling of sesame seeds on top.