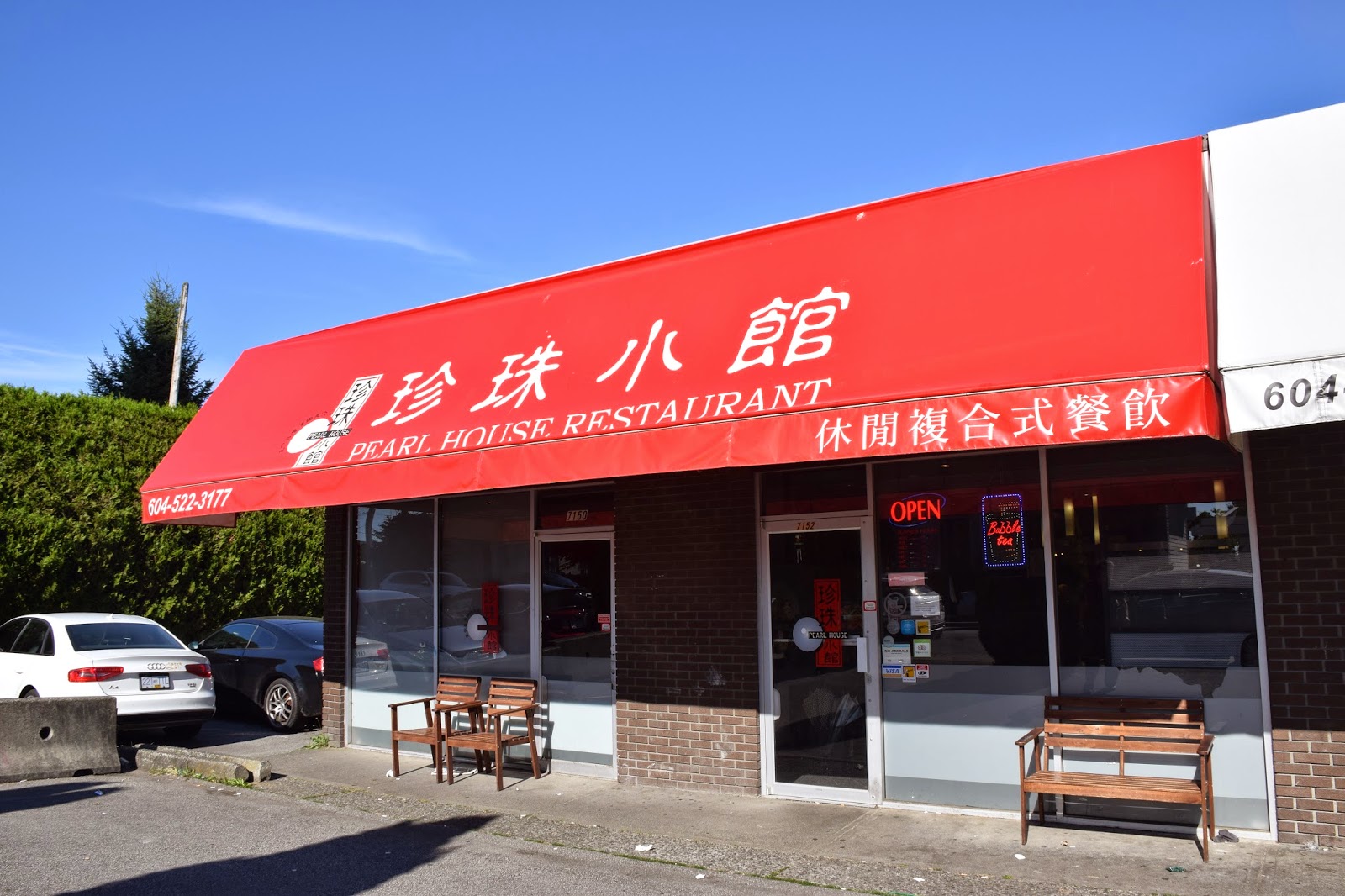 Pearl House is a Taiwanese Restaurant located in Burnaby in the same plaza as Pearl Hotpot (their sister restaurant) and Pho Century! Similar to Pearl Castle and Bubble World (but decidedly less hip haha) Pearl House serves up bubble tea and other casual Taiwanese munchies! My dad and I were originally going to go to Hi Genki (one of his favourite Japanese restaurants) but they weren't going to open until 6:30 pm, so our plans were diverted and we went to Pearl House across the street! 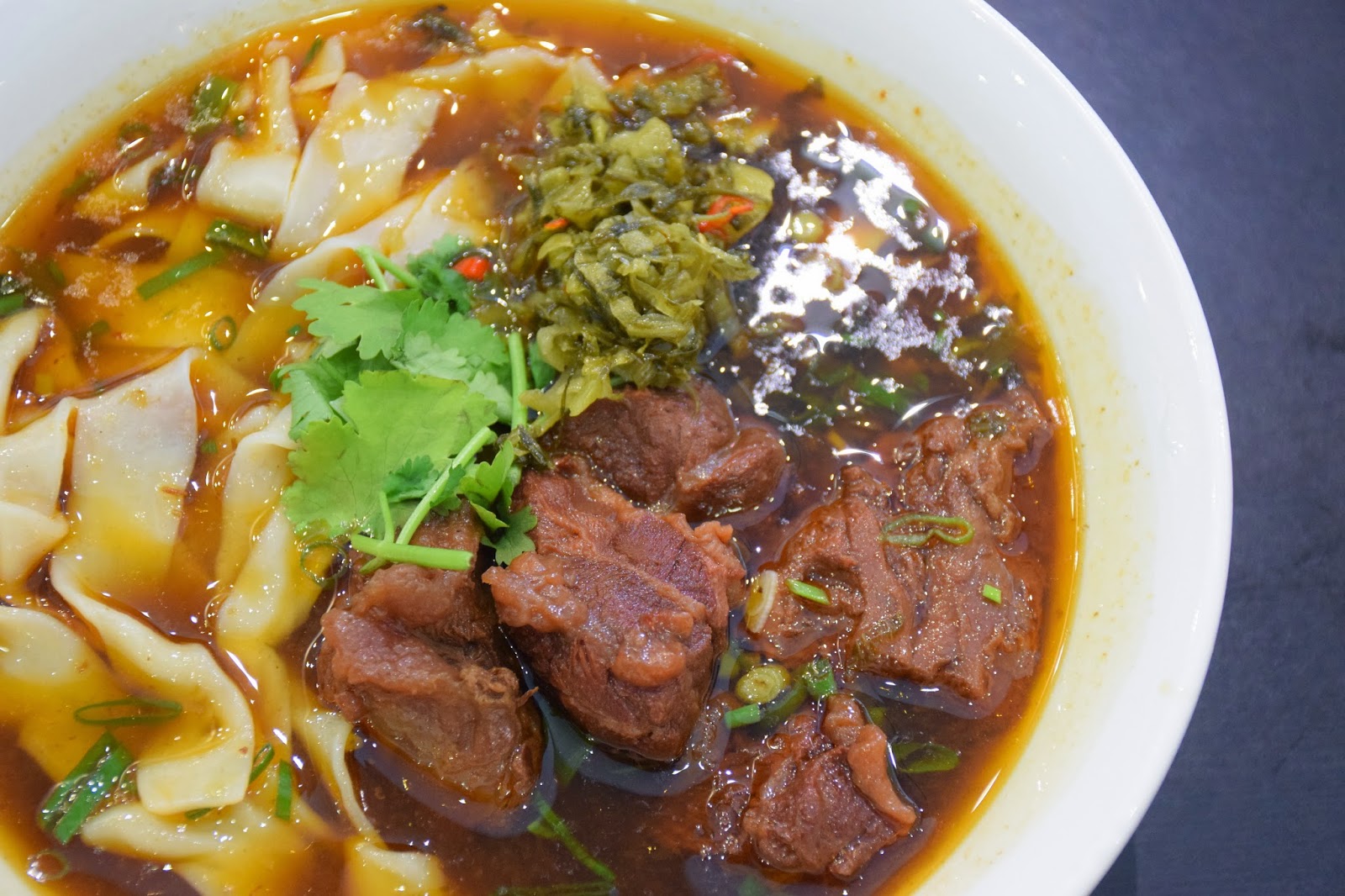 Beef Noodle Soup $8.80
4/5 stars
I didn't expect good beef noodle soup from a  bubble tea house, but I have to say, I was impressed haha! This was one solid bowl of TBN! The beef brisket was tender, juicy, and jam packed with flavour. The thick noodles were al dente, and had bite. The broth was rather spicy, really flavourful, albeit a bit oily. 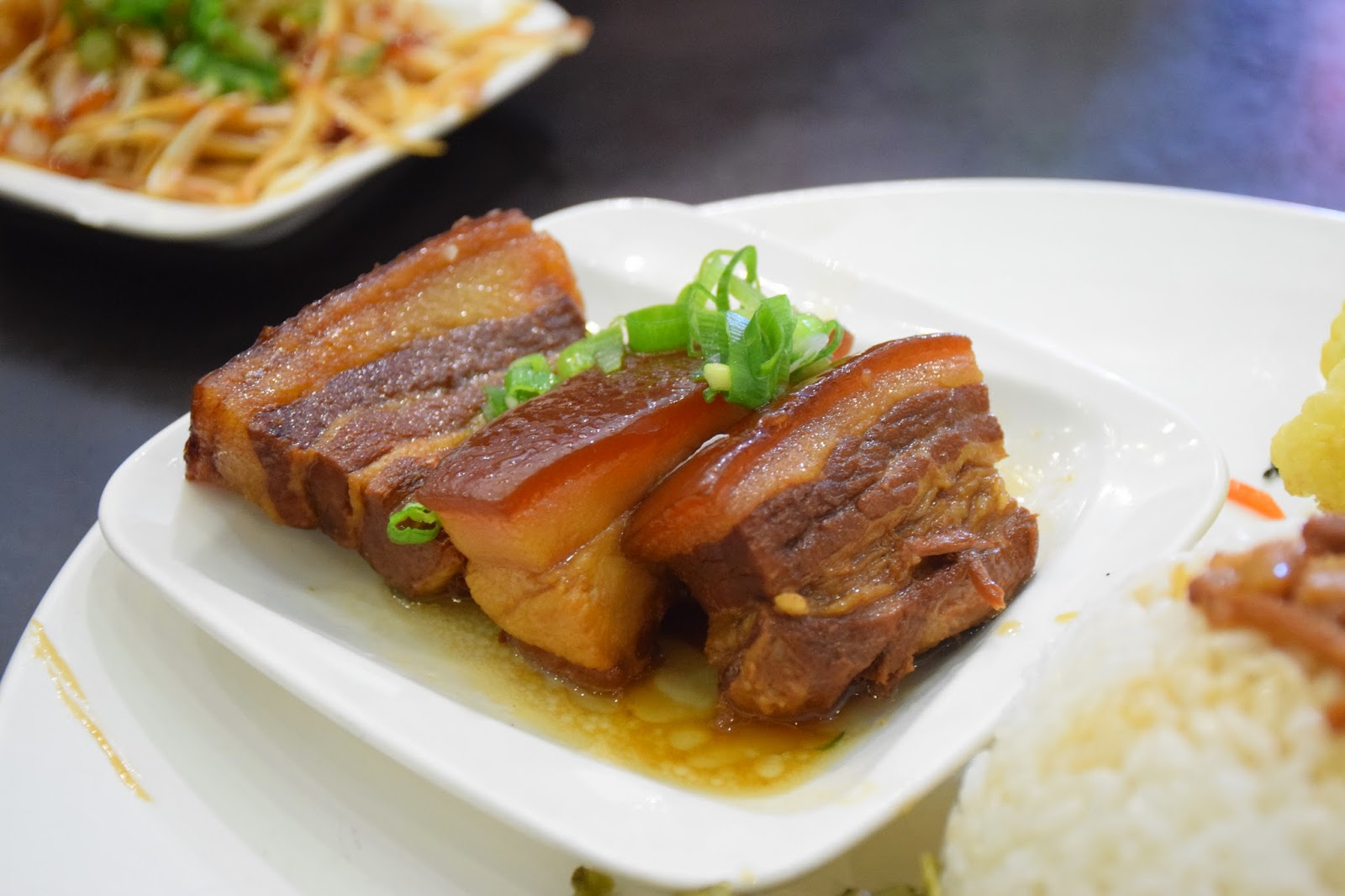 Stew Pork Belly $8.80
3/5 stars
Another one of my favourite Taiwanese dishes! The combo came with three thick cut pieces of pork belly, rice and a few side dishes (below.) This was pretty good as well, not as great as the ones in Taiwan mind you haha, but for a bubble tea house, again, this was rather well executed! While the meat could have been braised longer to render it more tender, it was still flavourful, with all the right notes of spice. 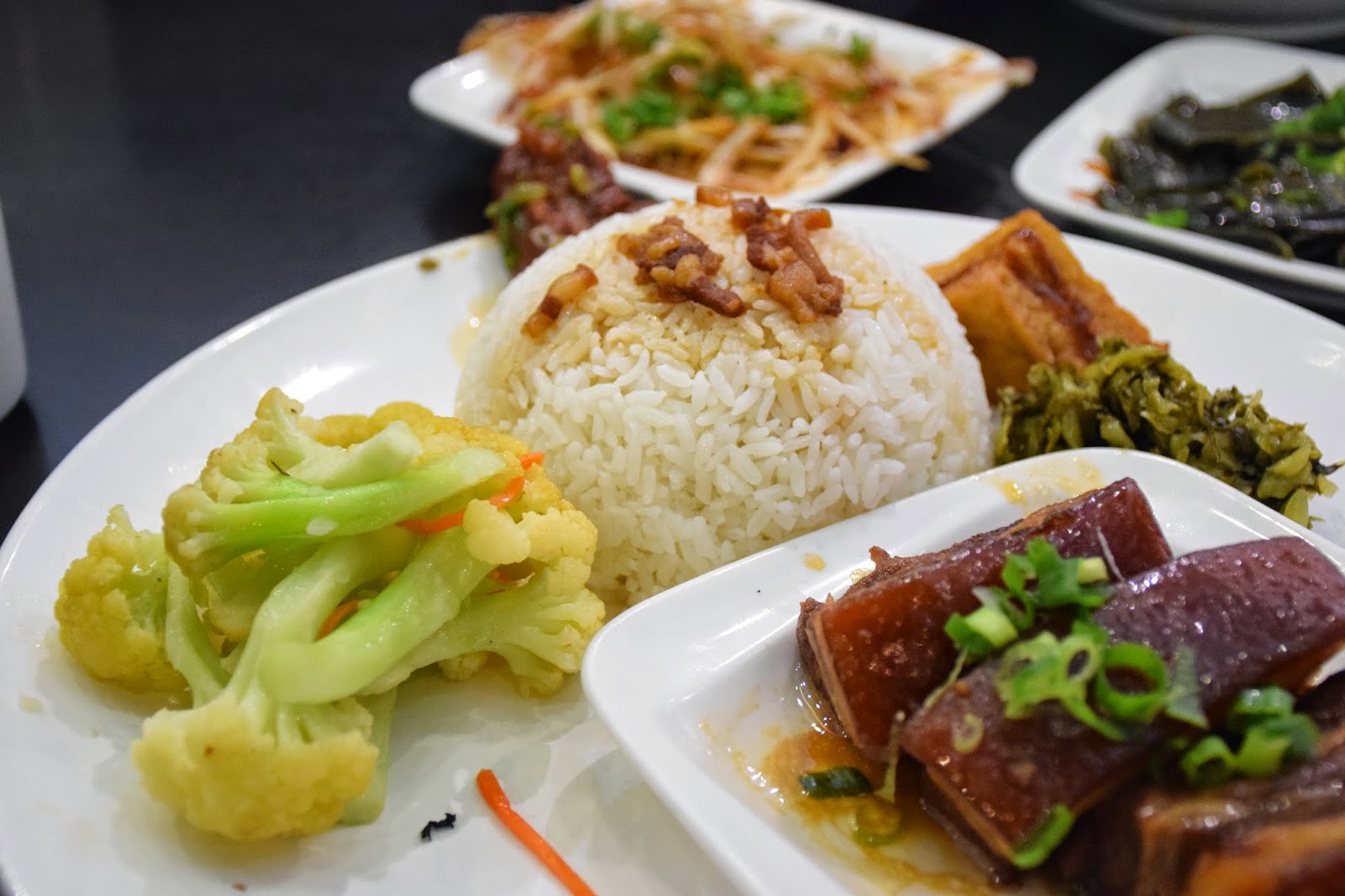 The combo also came with some cauliflower, tofu, and preserved veggies! 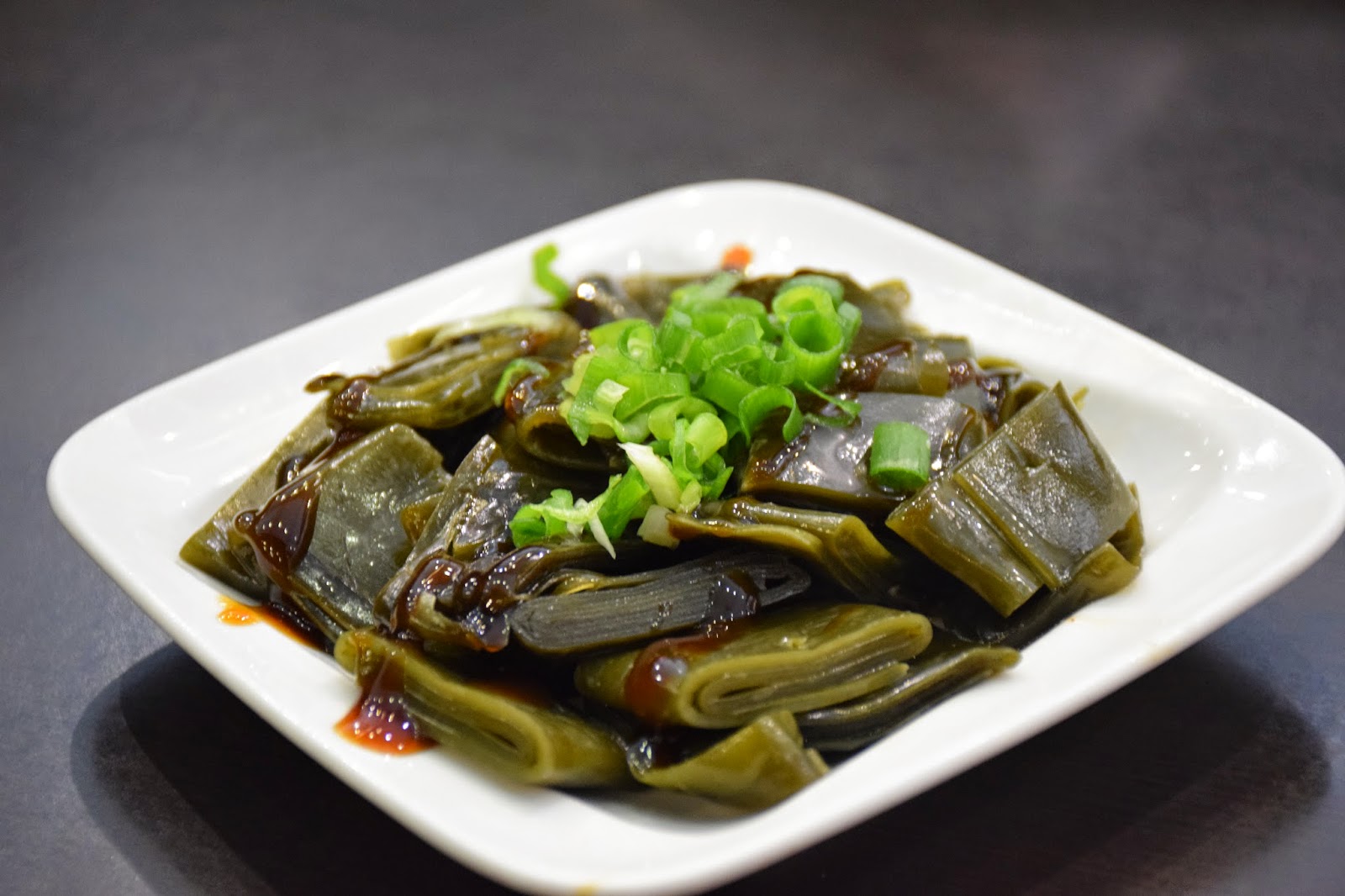 Cold Side Dish
1.5/5 stars
For every combo you have the option to add a side dish for an additional $3, so my dad chose the seaweed dish! While the portion size was large, it was rather unappealing in texture as it was a bit too slimy. The seaweed relied heavily on the sauce for flavour as the seaweed itself wasn't marinated. 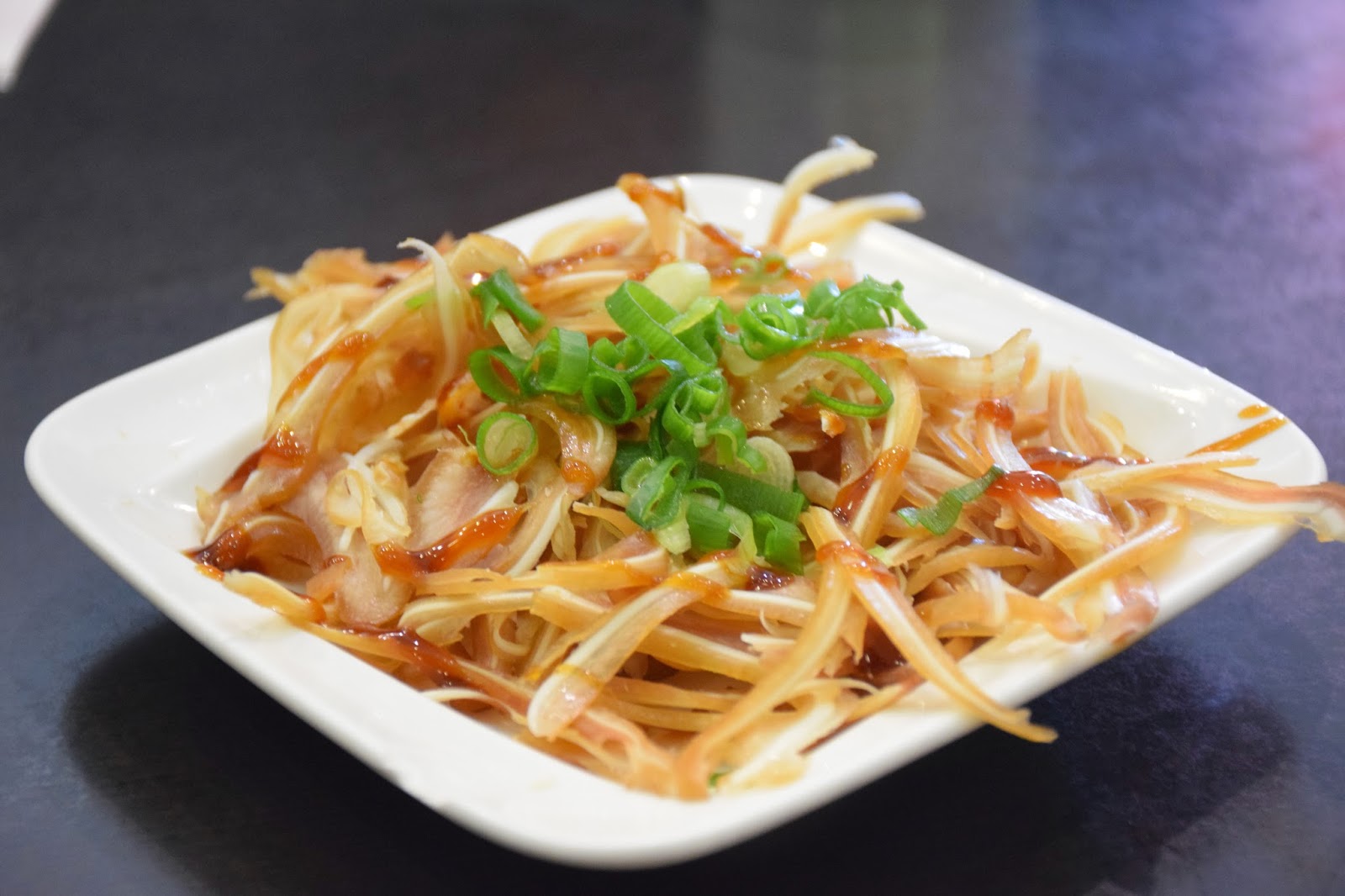 Pig Ears
1.5/5 stars
For my side dish I went with pig ears!! :) Again, while the portion size was substantial, it was rather dry and lacking in moisture, and overall flavour. I usually love pig ears, but this ranked lower on the scale in comparison to other renditions of this dish.