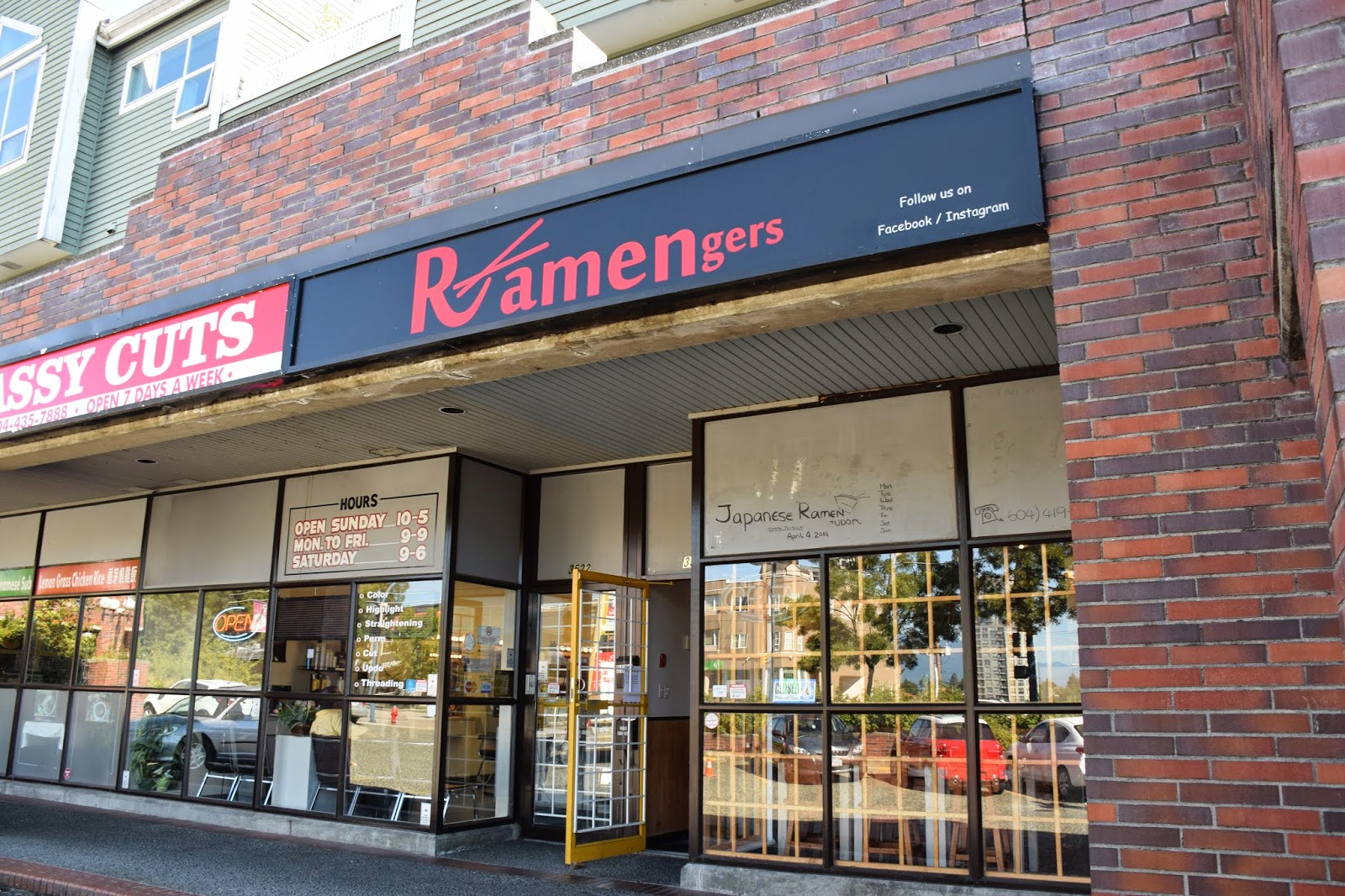 I've been on such a ramen kick lately, I've been eating ramen at least once a week haha, yes, even in this hot weather! Hey, logic doesn't always have to prevail ;) There's just something about ramen that, that speaks to the SOUL (like pho)!! You feel me?

I was in the mood for ramen and didn't feel like going downtown that day so I looked up some places for ramen in Burnaby, and Ramengers came up! For those of you who are familar with the Japanese cartoon "One Piece" Ramengers is One Piece themed! Ramengers is located on the Vancouver side of Boundary and Central Park and it's just a short 5 min bus from Metrotown (take the 19 bus haha)!  The restaurant is decorated with One Piece figurines and action figures!

To be honest, I've probably only watched One Piece twice and that was a few years ago in Taiwan!
Ramengers has been on my radar for a while now, I've been wanting to try it out because there aren't many options for ramen in the Burnaby-Metrotown. 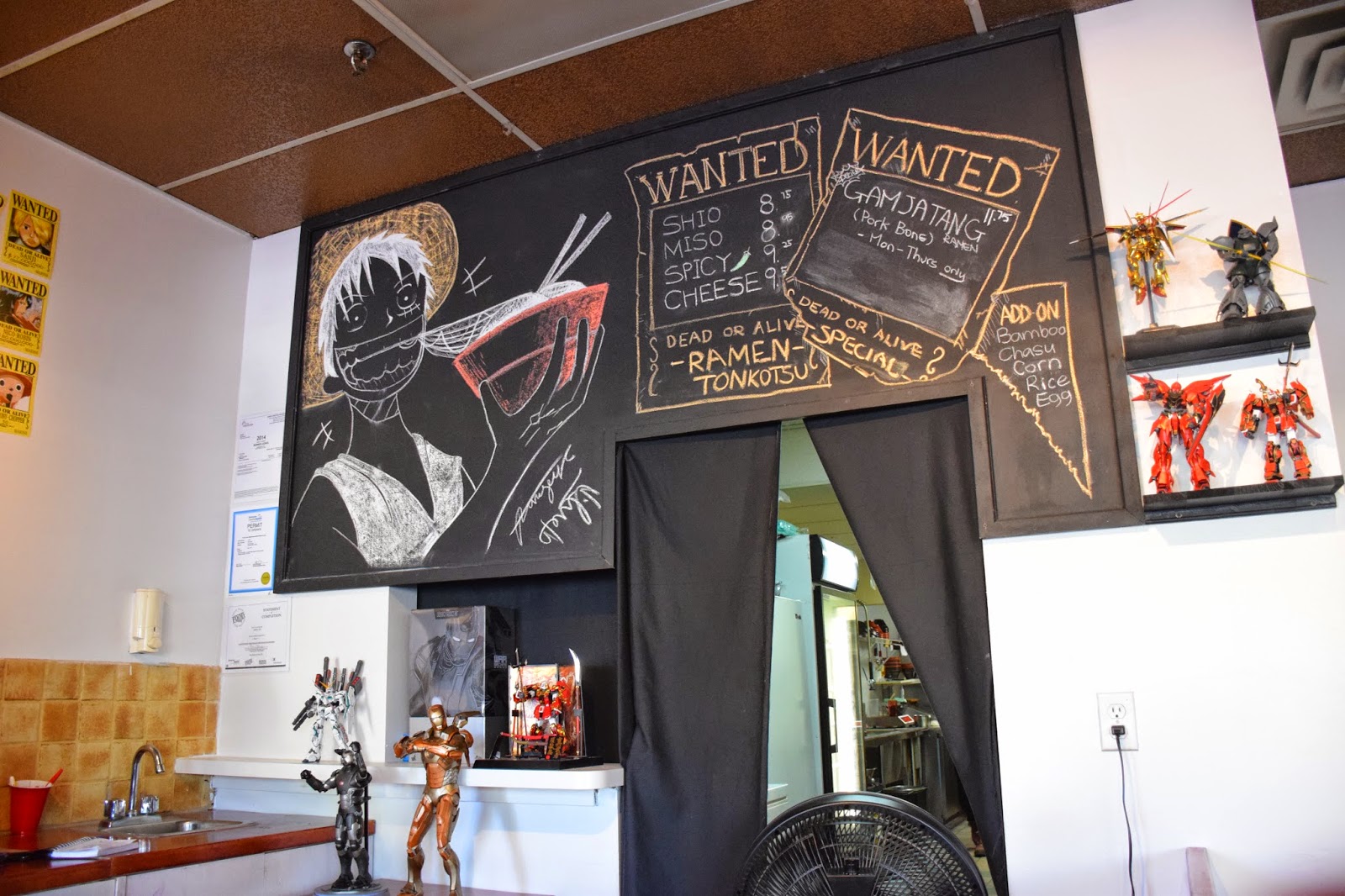 Haha I love their menu and how it's framed with a "wanted" sign! 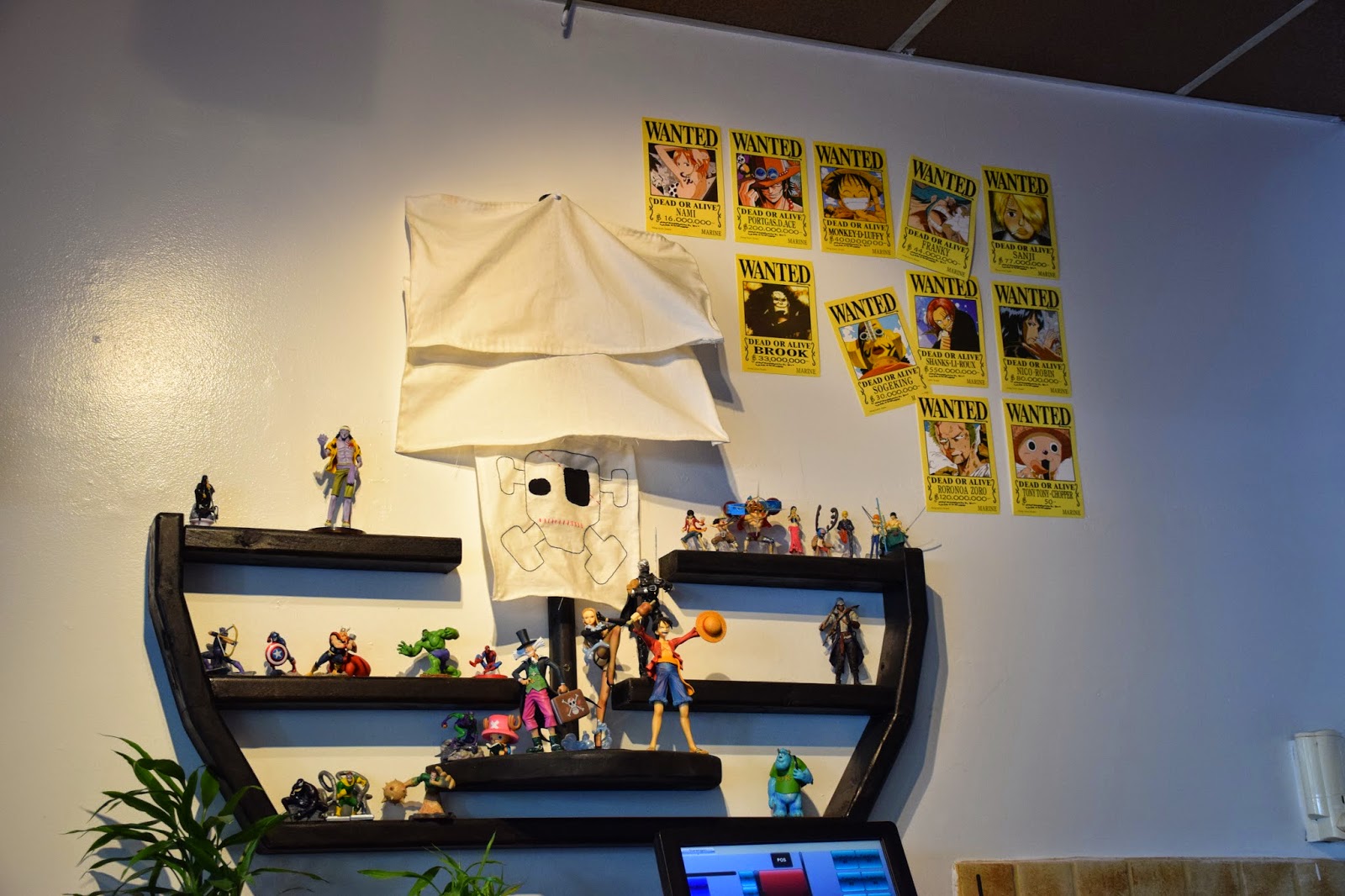 Love the One Piece figurines and posters! :D 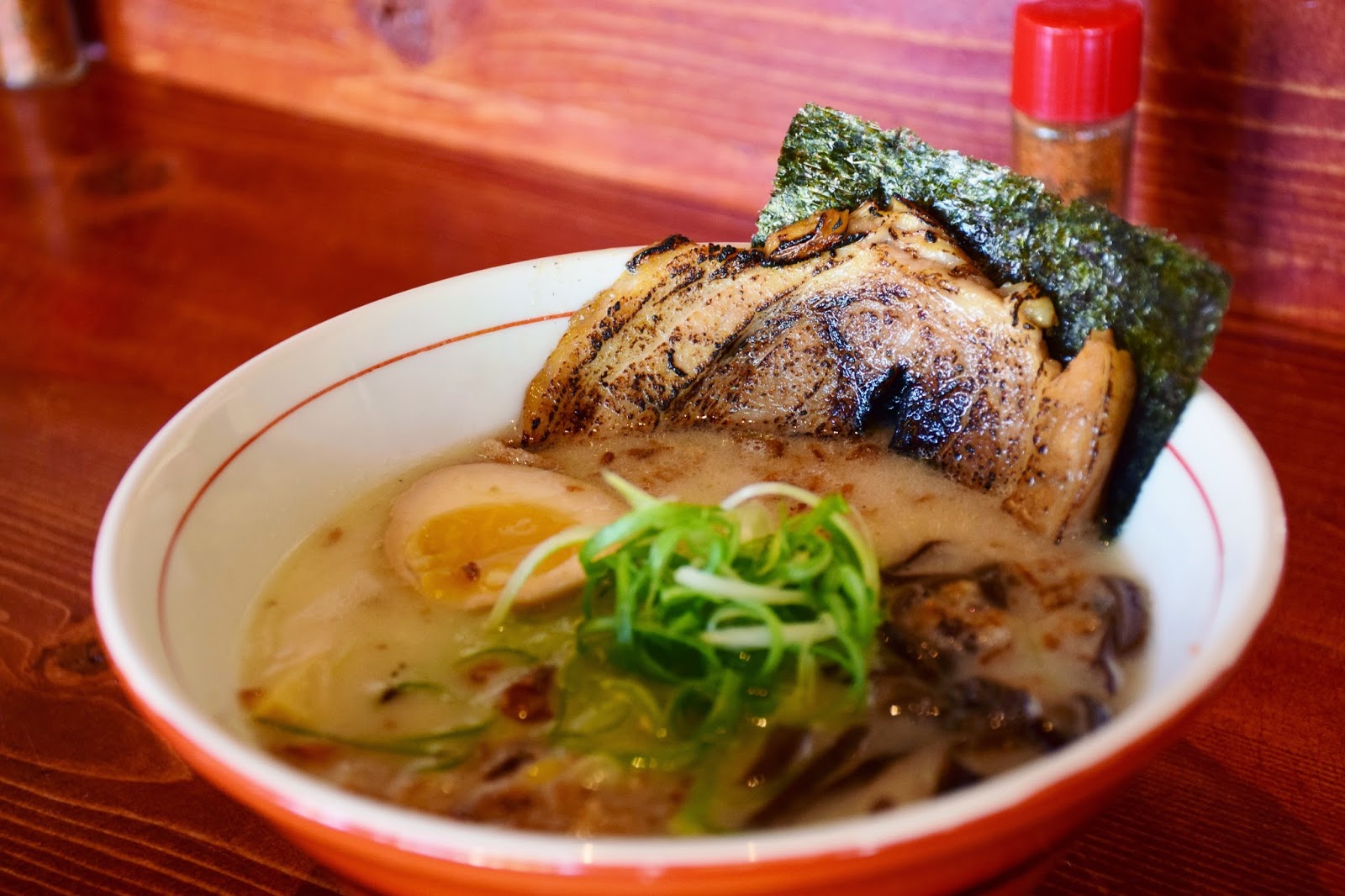 I'm going to start rating the broth, noodles, and charshu separately from now on haha, because all 3 elements have to be in sync to make a truly good bowl of ramen! At Ramengers you can upgrade your ramen to a large or an extra large for those of you with bigger appetites! An egg and additional toppings come with every bowl of ramen at no extra charge!

The broth is rather heavy on the sodium, compared to other joints downtown. From what I've heard the miso is even saltier!  For those of you who like "cleaner" tasting broths, this isn't for you. Even though the broth was flavourful it wasn't overly greasy or heavy which I appreciated.

Their ramen noodles are made in house but could have used a little more work. They were overly soft, not bouncy enough and lacked "bite." The noodles had an undertone of sweetness and tasted a bit starchy.

Man, on man that char siu was so tender! It was super tender, moist, and melted in my mouth! It was very well seasoned with a smoky, torched flavour, which was absolutely delicious! Next time I'm definitely getting extra slices of char siu hehe! The soft boiled egg had a good texture to it, but was a bit overseasoned imo! 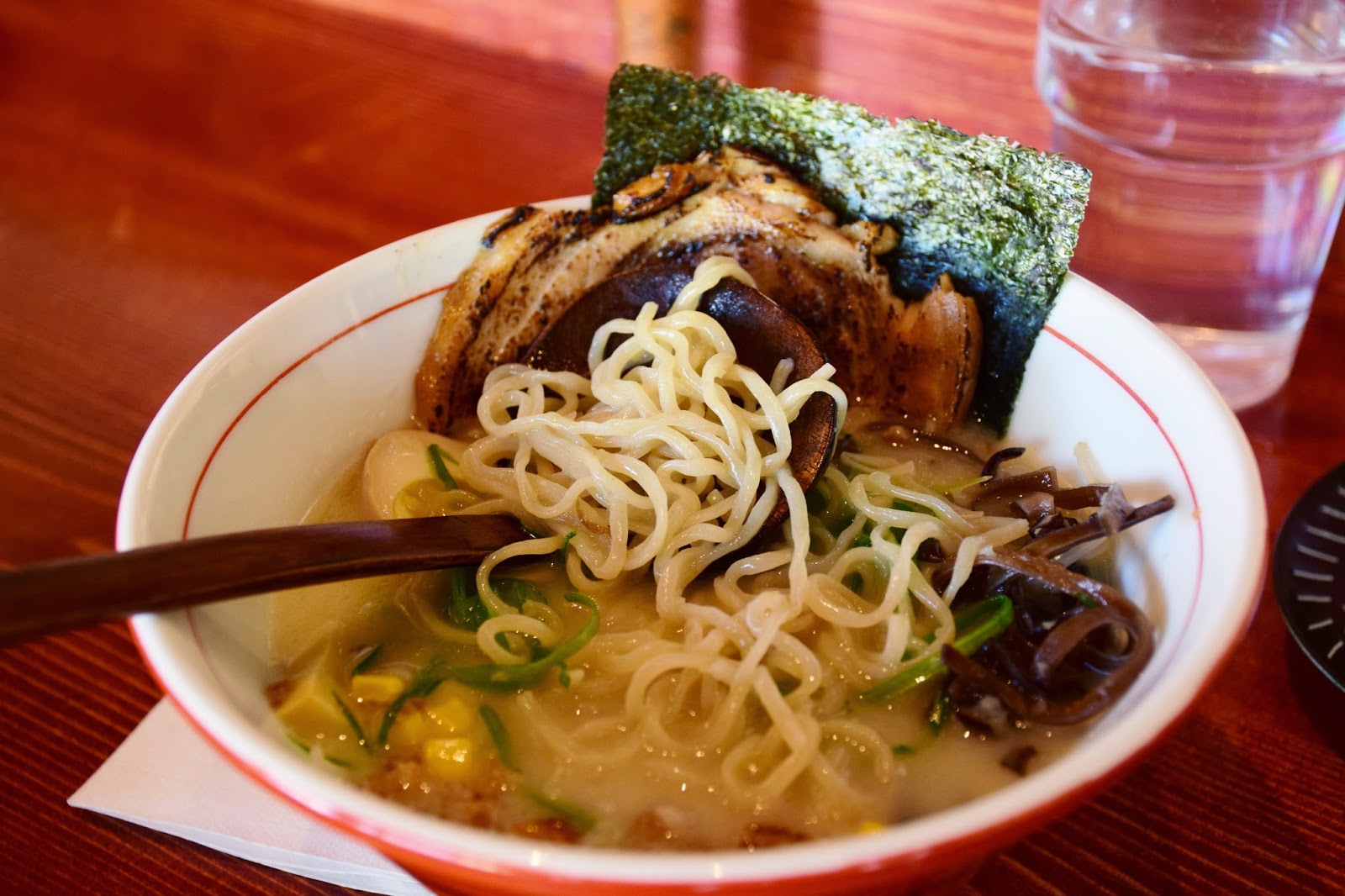 Here's a closeup of the noodles! 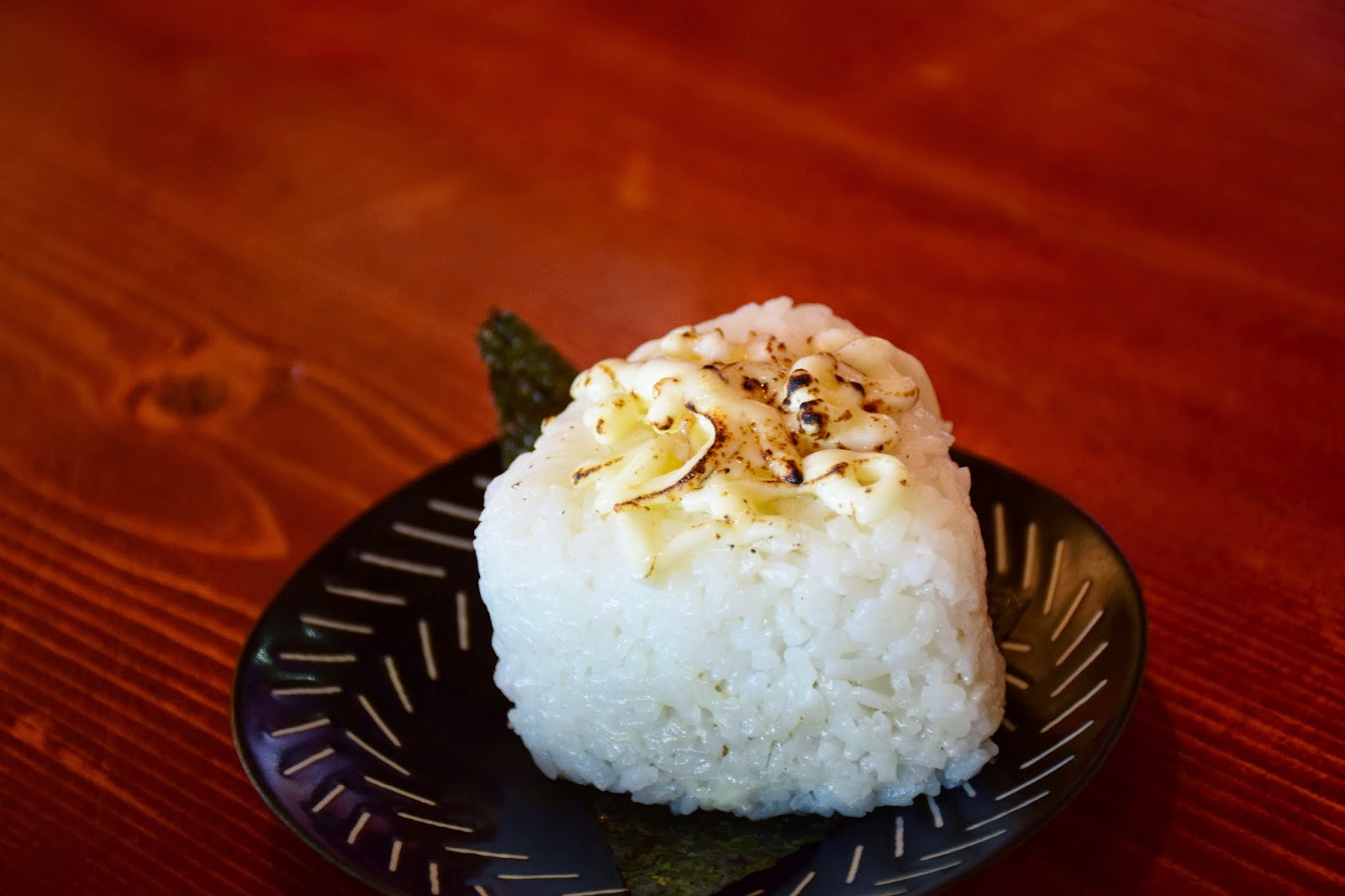 Chashu Onigiri $2.25
3/5 stars
They have two onigiri flavours: chashu & tuna! The mayo on top was torched, aburi sushi style, which made the mayo very fragrant with a strong smokey element. The rice was tightly packed and seasoned with rice vinegar. The interior had juicy bits of shredded charsu, which was mixed with mayo, which gave it a sweet & tangy flavour. 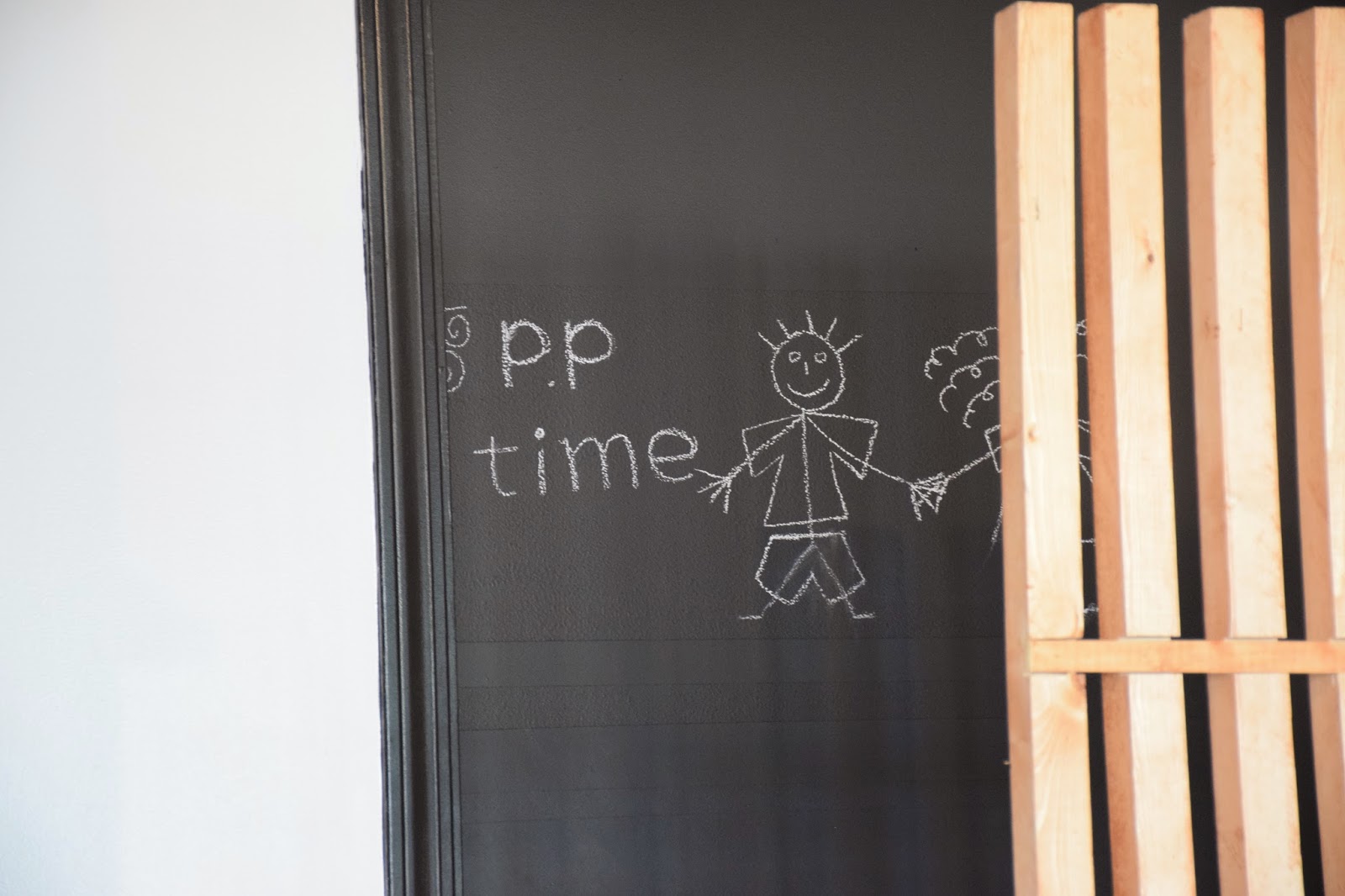 I was absolutely hysterical when I saw this...this is their bathroom door haha! GUYS, it's PP TIME!! ;D